Pierre Koenig designed to Michael Gantert which is considered his last built project was conducted in 1983. Gantert, developer, built the house as an investment for the purpose of selling it.

The volume supports lightweight form on steep terrain entrance at street level through a bridge patio and carport. Following his trademark, Koenig did not alter the landscape, treating it with respect and hanging the building at the edge of a steep slope, using the benefits of structural framework, as it did in the Burton House or Iwata House constructed before.

Axial house plants create a strong contrast with the environment, while allowing easy interpretation, supported by the projection of common spaces cantilevered over the slope and the removal of the wall on the south side, leaving the inside view.

The west elevation lacks architectural elements, except for a central window on the top floor, which was not included in the original project, which reinforces the sense of projection, allowing the central axis in space planning. The axial line is taken up in the open lattice of the upper windows, a reminder of the structural nature of the building.

The south facade is fully glazed, offering splendid views over the center of Hollywood, with sliding doors. The only fixed window in the Gaza tall windows located on the west wall looks at Hollywood Bowl, while the northern located in the dining room, the kitchen and the laundry room, or the bedrooms on the ground floor facing wall the adjacent farm.

The residence was built in located hills below the dam Hollywood, at the end of a private road in 6431 in La Punta Drive in Los Angeles, California, and offers beautiful views of Hollywood and the rest of the basin. The cantilever construction gives the appearance of being hung from the top of the hill.

Opening featuring cross section continues inside, with trusses in the high windows and open balustrade of the staircase, highlighting both inside and outside the high altitude of the spaces.

Access is through the terrace and garage opening to street level, like a bridge that leads to the open common space floor, the living area which is divided by the staircase and skylight tops simple metal frame of the house, the kitchen to the right of the entrance, the living room to the left.

This floor below the living area, houses the three bedrooms, two bathrooms and a covered pool area at the site of contact between the house and the side patio.

On the mountainside three groups of concrete pads where the structural core, including the central staircase, formed by four pillars of projecting a double bracket sits knelt. On the upper floor, at street level, wrought, including the garage, has dimensions of 11×13.50 meters, while the bottom is 11×10.50 meters. A plot of I-section beams 450 mm, located cantilever with respect to the four pillars of section H of 300×200 mm, holding platforms.

During construction the same metallic structure as scaffold advantage, facilitating to perform the facade from the inside without the need for auxiliary means, reinforced by the use of prefabricated panels that are bolted to the same structure. On the south facade balconies that protect from the sun fell through, since the walls are sliding glass from floor to ceiling.

The main materials used in its construction, glass and steel, together with its spectacular location and views, recall the most famous works of Koenig, the Case Study House nº22, although the architect made ​​some concessions to adapt its pure minimalist style and include bathrooms marble with Jacuzzi and dressing.

En the interior walls were lined with plasterboard plates and glass or roofs covered with wooden slats placed in the folds of the cover material.

For precast facades that were bolted to the structural frame is used, facilitating the building. The cover was coated with metal panels on walls and shorter vertically placed plates were used.

In 2003, Billy Rose, owner of the house at the time, got in touch with Pierre Koenig for rehabilitating the building. Many of the changes were not material, such as the replacement of wooden railings on the stairs by other metal or wood pavement on the outdoor terrace by black slate, but within a number of changes were made that modified the character of the house: on the top floor walls were pulled to unite the kitchen and dining room in one space and high cabinets that shook the room and kitchenette separated the stairs were removed.

On the lower floors, the bedrooms, jacuzzi was removed and part of the open space under the deck was closed to create a new bedroom and dressing room to master bedroom, weakening the sense of transparency of this part of the house. The bedrooms on the north side were remodeled.

But reform more worried Koenig and before which made various excuses as dangerousness of works, reasons of cost or too much direct exposure to sunlight was to put a window of 1.50 meters on the blind side wall west in the guest room. Koenig did not want the house also lose the character that gives the west elevation construction. The architect died in 2004. 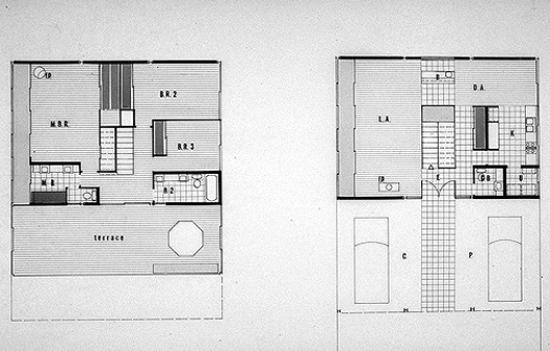 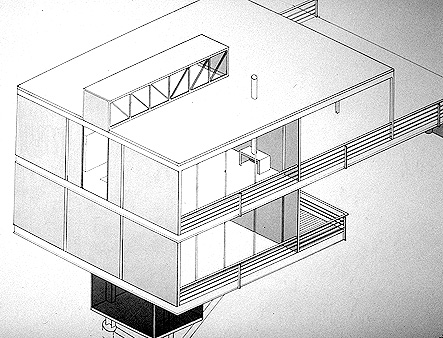 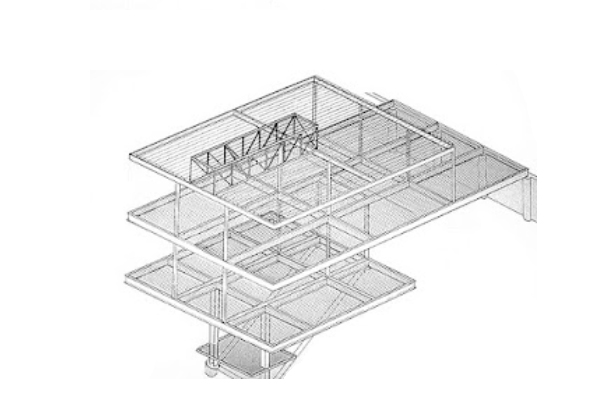 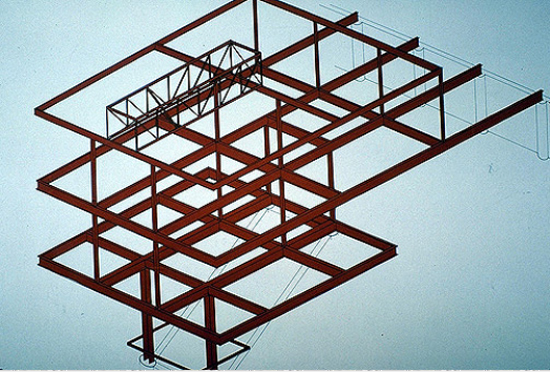 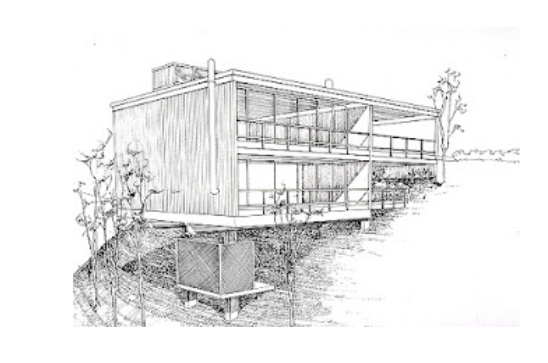 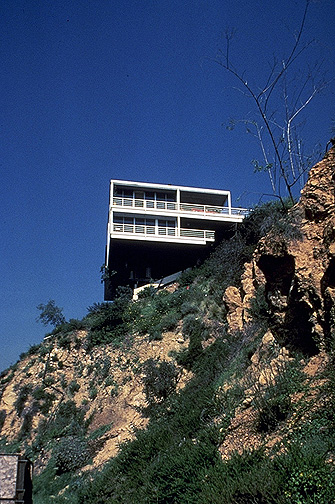 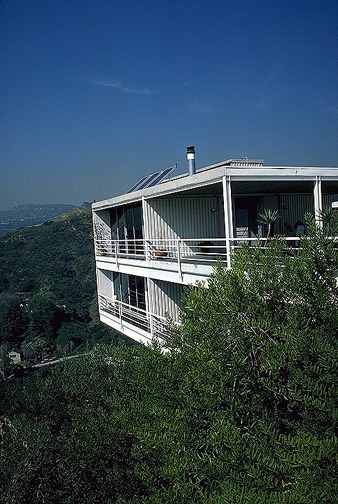 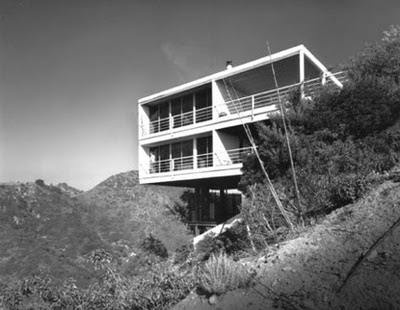 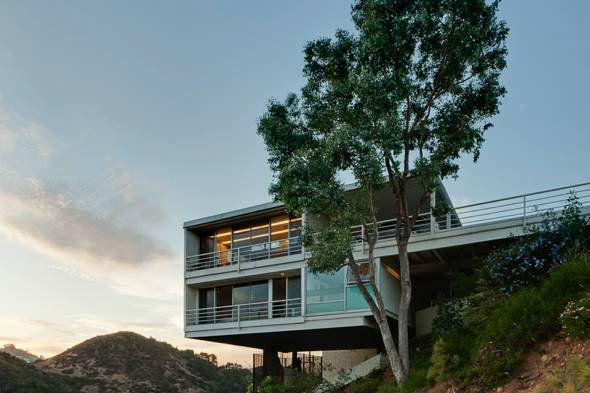 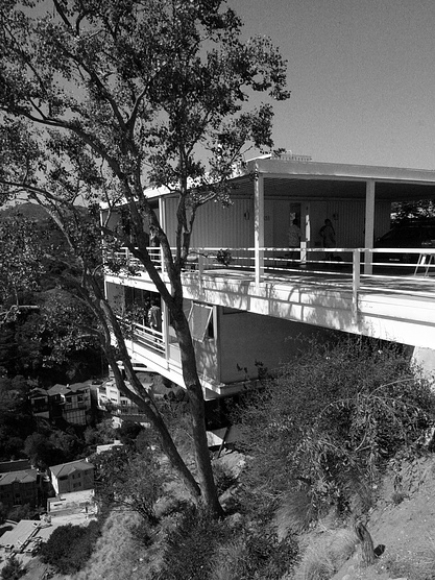 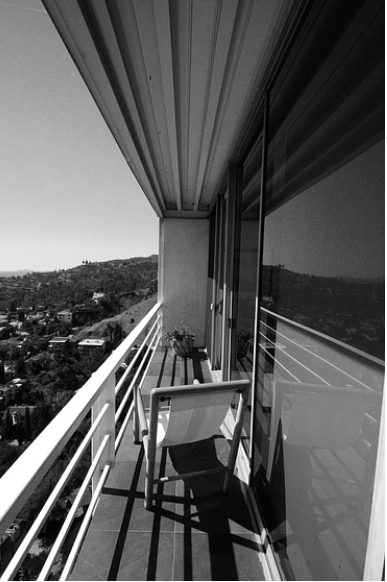 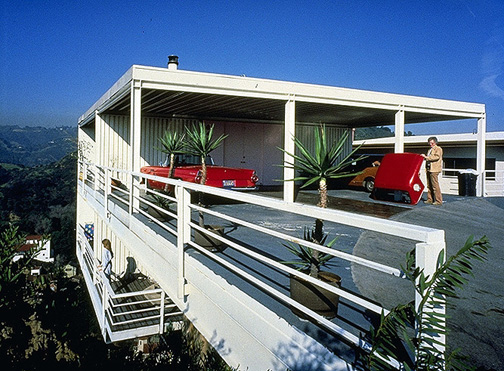 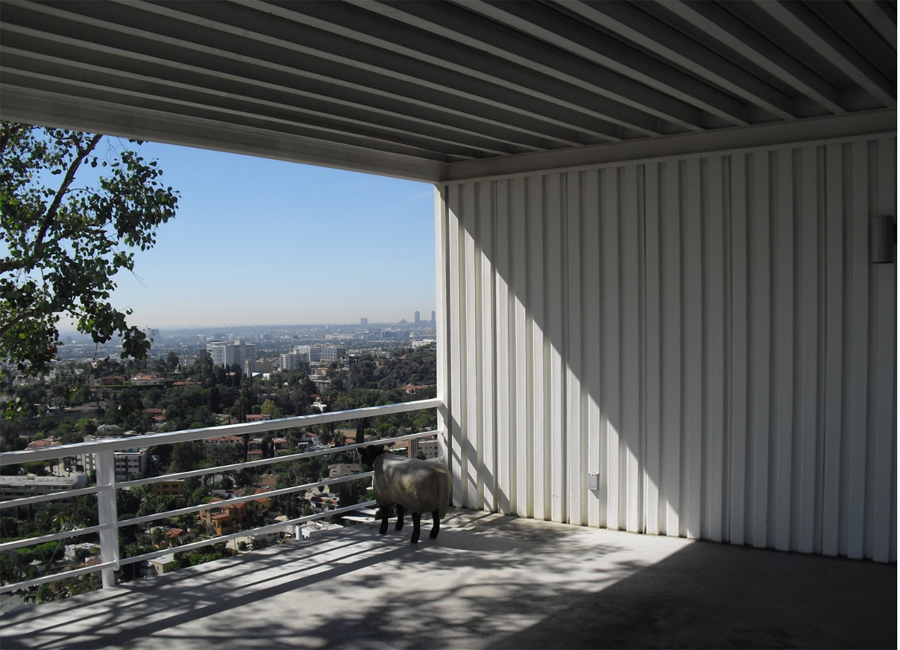 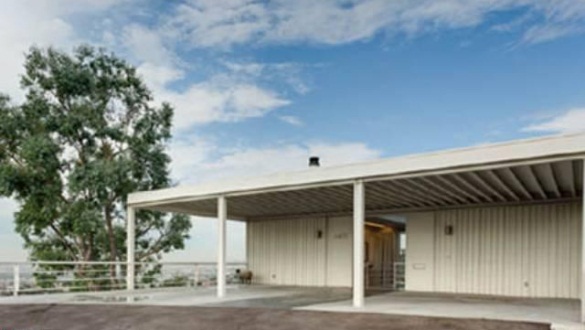 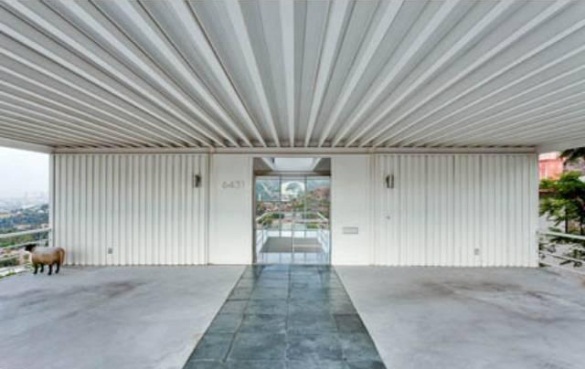 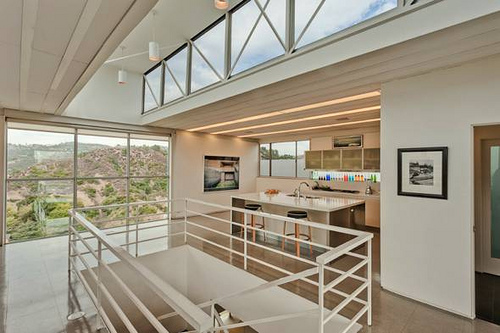 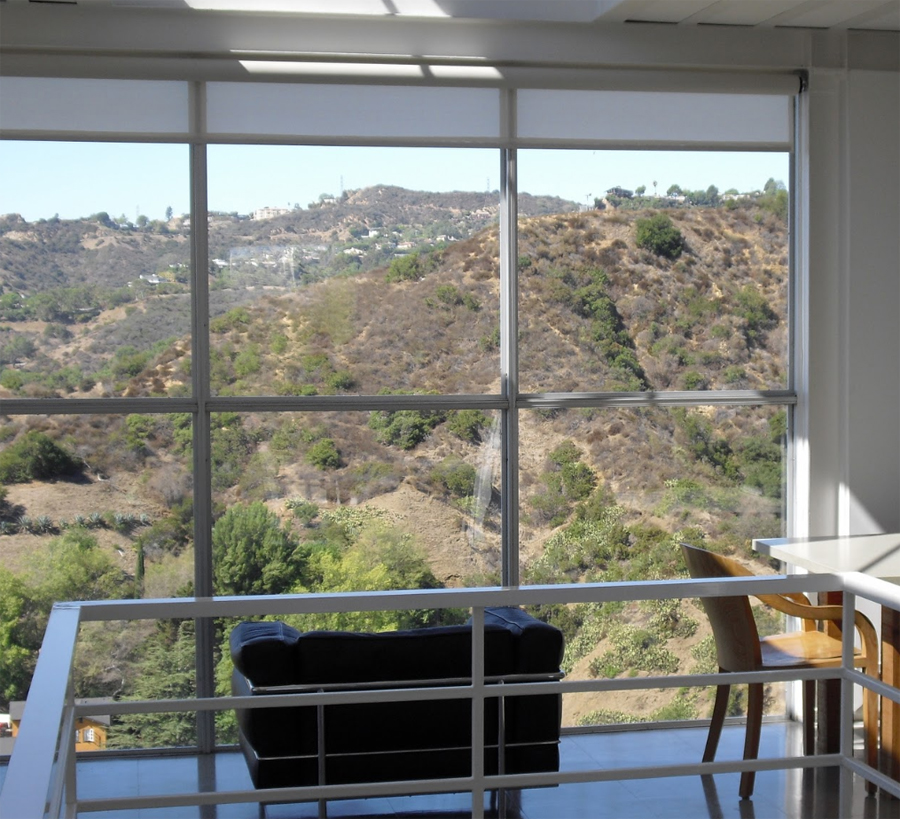 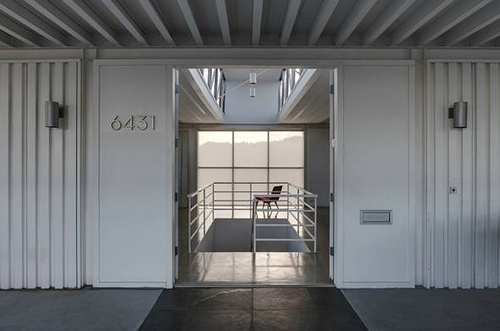 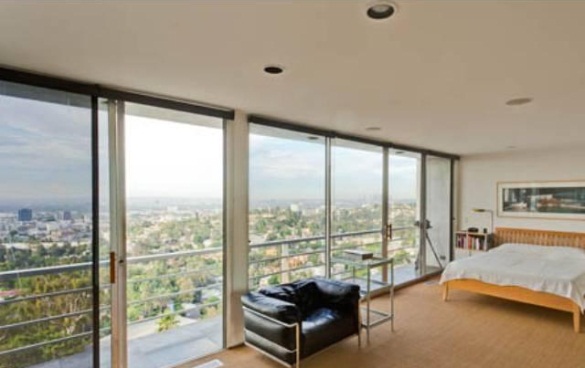 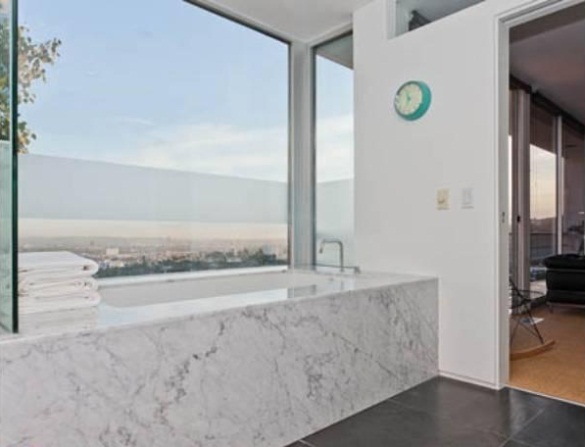 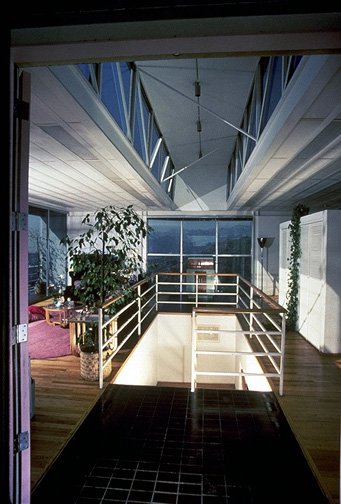 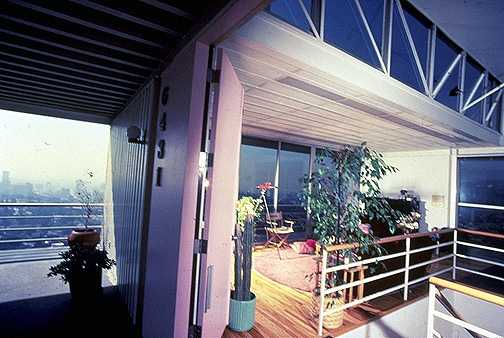