The singing beams and the width of sheet metal siding that characterized the minimal structure of the Seidel House are incorporated again to the house that Koenig designed for Carlotta and C. H. ‘Buck’ Stahl in 1960.

John Entenza assumed the Case Study House No. 22, the best known house of program, was rebuilt in the Museum of Contemporary Art in Los Angeles as part of the exhibition ‘Projects for Modern life, History and Legacy of the Case Study House Program” in 1989. It is therefore the only house program built on two occasions.

Since 1962, the use of this house as a stage for film and advertising has provided a second source of income to Stahl. Carlotta left it empty if a home was needed during the shooting and rented a room at Chateau Marmont, just below the house in Sunset Boulevard. This calls for a room without a view; at the end, good enough.

In an interview, Koenig described the location of the house at the top of Sunset Boulevard, as an “eagle’s nest in the hills of Hollywood.”

Carlotta Stahl had seen the ground when she spent the weekend in a house on the other side. The owner was there by chance and the purchase was completed in only two and a half hours.

According to Koenig, Buck Stahl had some clear ideas: “The owner wanted to have a clear view of 270 degrees and this is the only way to achieve that. The house is all glass on all sides except the facade, which is solid… The rear glass is also, with a view to 270 degrees. It has a magnificent view. It is a neutral expression. The view is important. The idea is that the house and suits the environment. When you’re inside, you do not see the house, but the views, and live with the outside world, the landscape… The Case Study House No. 22 was planned this way and for these reasons.”

The difference between this house and Case Study House No. 21 is that the architects did not have to be concerned with both the potential of prefabrication and the use of standardized components. While the steel porches of the previous Case Study House are located at a distance of 3 meters from each other, here is a plot of 6 square meters, doubling the extension, but not arriving at the dimensions of the Seidel House. 300 millimeter L-Section Beams are used, like at Seidel House, but in this case with thinner metal panels of 125 mm, and the usual 100 mm H-section pillars.

While both the Case Study House No. 21 and Seidel House have the steel beams close-framed to form rectangles, holding large overhangs the deck and giving the appearance of building a bird on the verge of flight on a precipice. This also maintains the metaphor of the eagle.

The house is arranged in an L-shaped, with a wing in the bedrooms and common areas, extending into space, on the other, with the bathrooms in the intersection.

As if to highlight the transience of space, Koenig pool located on the corner of the building, allowing water to reach almost to the windows of the bedroom and block the road to the entrance from the garage. As a result, the environment seems desmaterializarse: the pool reflects the sky and overhangs, while the narrow paved around the pool and platforms across the water on the outside of the bedrooms offer no greater sense of stability or of space.

The transparent glass walls is underscored by the open floor plans and finished metal panels of the cover plate, which appears to extend throughout the house from side to side without interruption.

On the outside, the only solid wall, lined with vertical steel plates, is what separates the rooms from the street and the garage.

On the inside, except the closed dressing room, there is only one wall, between the two bedrooms. From anywhere in the house, collecting the horizon, and that the few facilities that were required were arranged so that no interruption of the views. The main element of the living room, clearly visible from the outside, the hood is rectangular chimney, which appears to hang from the ceiling, also, the kitchen is a space within a space, because their volume is defined by a false independent and roof tops in the center and a point, which seem to float on a continuous level.

As explained Koenig, never designed the house to be seen. “My works do not look at themselves: look at the house, watch the way, look at their design. It is not my way of working. I look out and those living in the house is projected to what is around him. It is my attitude toward the building. ”

The sense of lightness that produces the building is not a mere illusion. “On the ground, good soil,” Koenig continued, “put a swimming pool and garage and the house, in a way, seems to float in space… The building is held on pillars and sharp overhangs. For me it is a little different. “The structure rests on concrete pads hincadas of 10.50 meters on the slopes of the mountain, while the slab of concrete cantilever is supported by reinforced concrete beams of 750 mm. 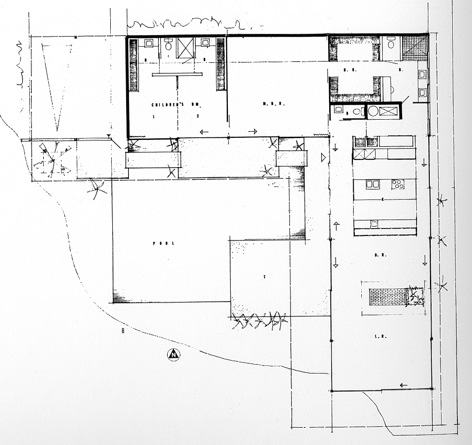 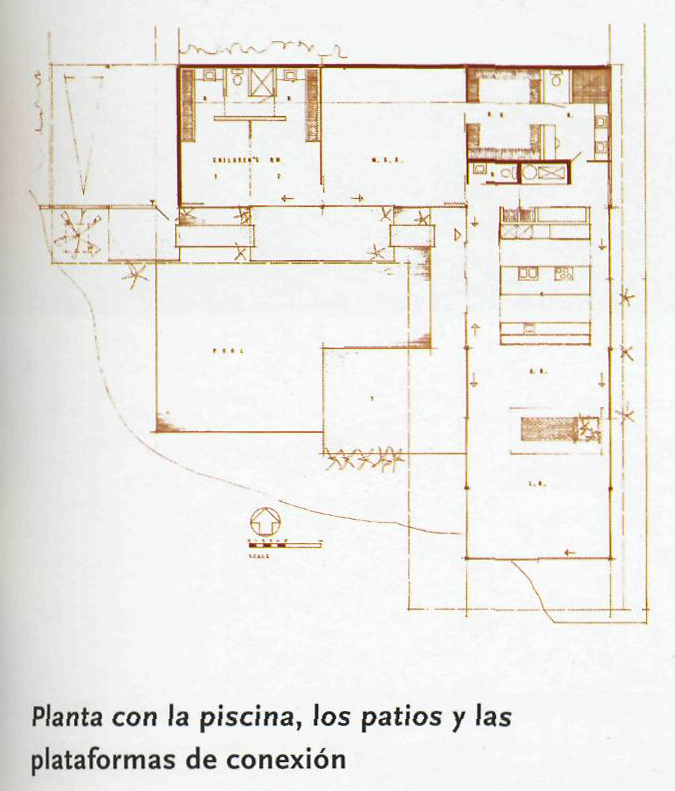 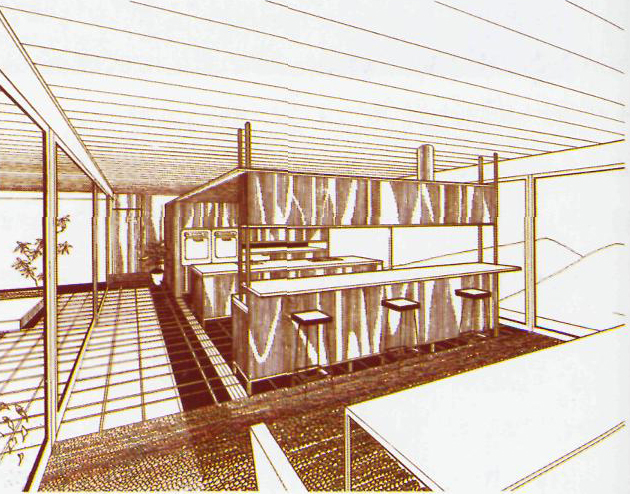 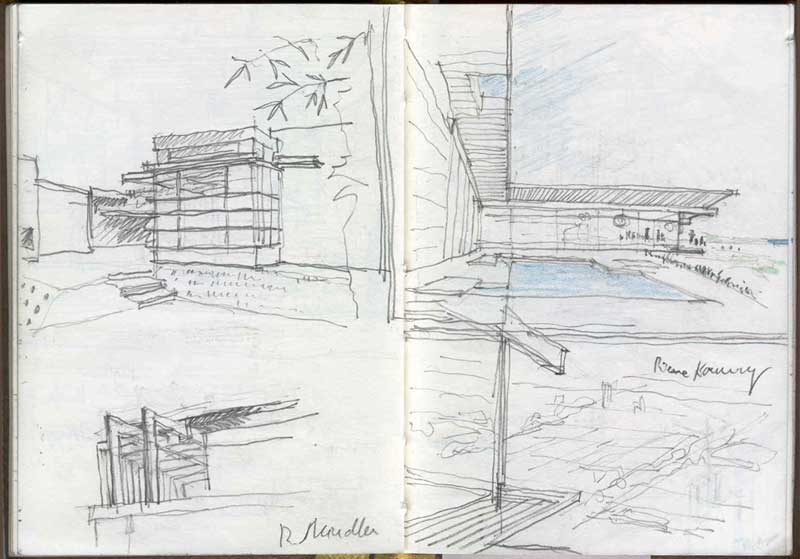 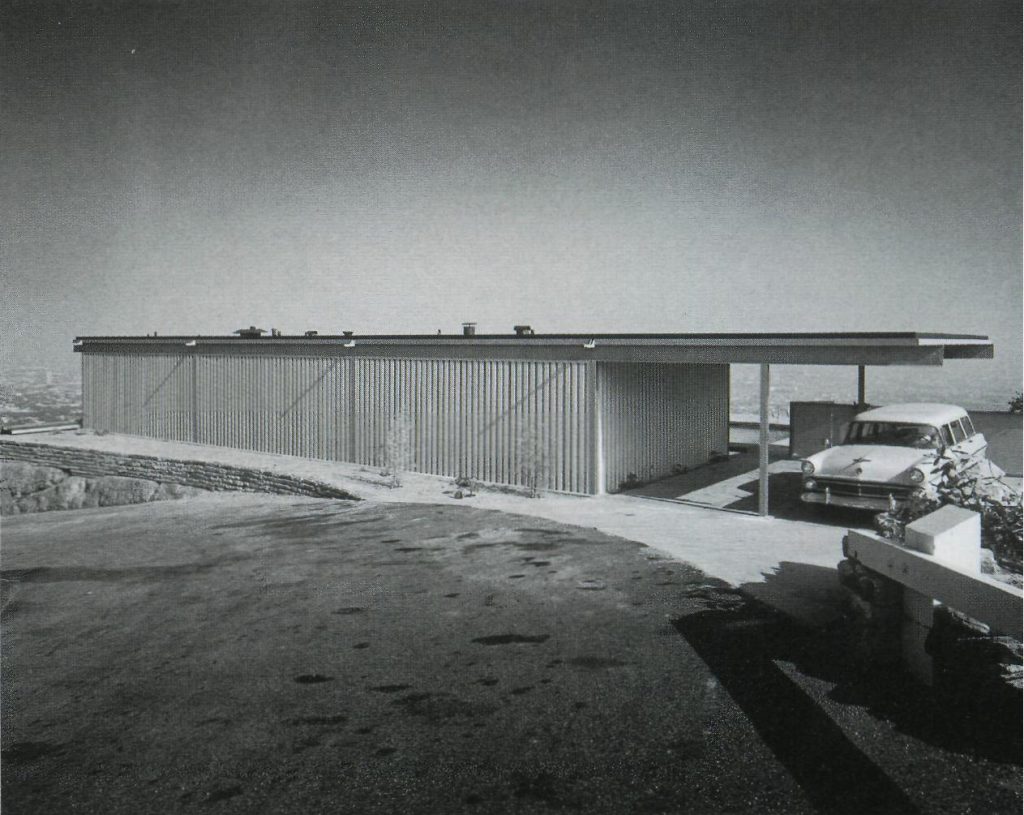 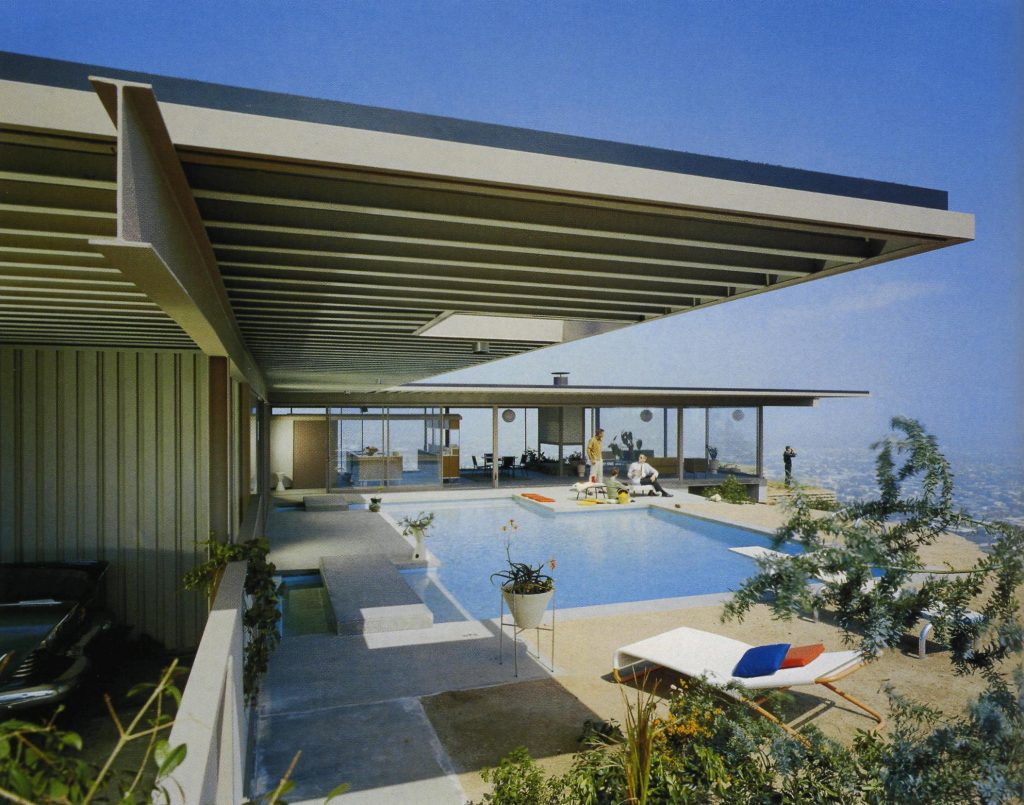 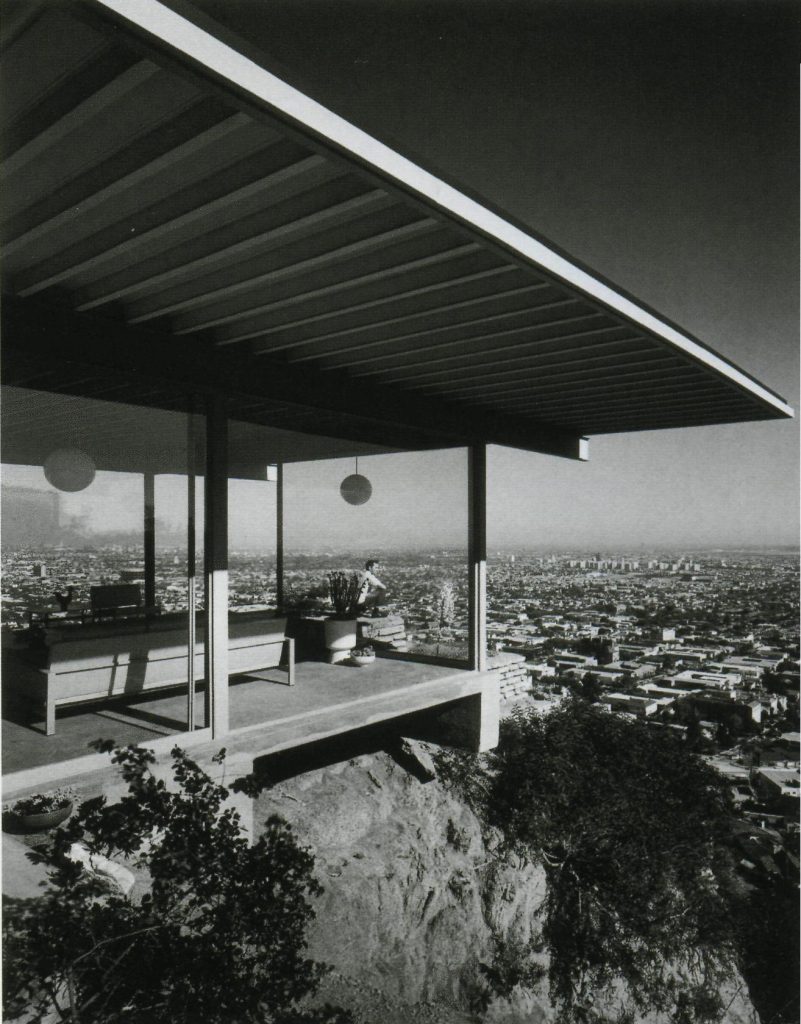 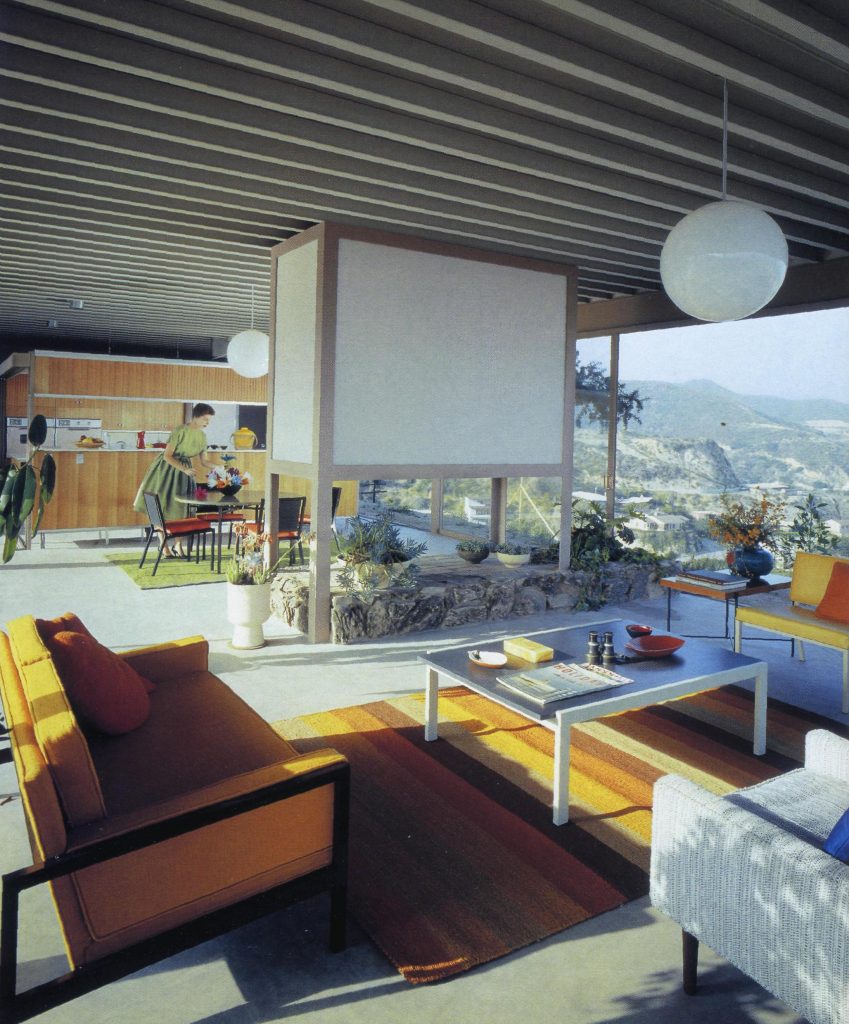 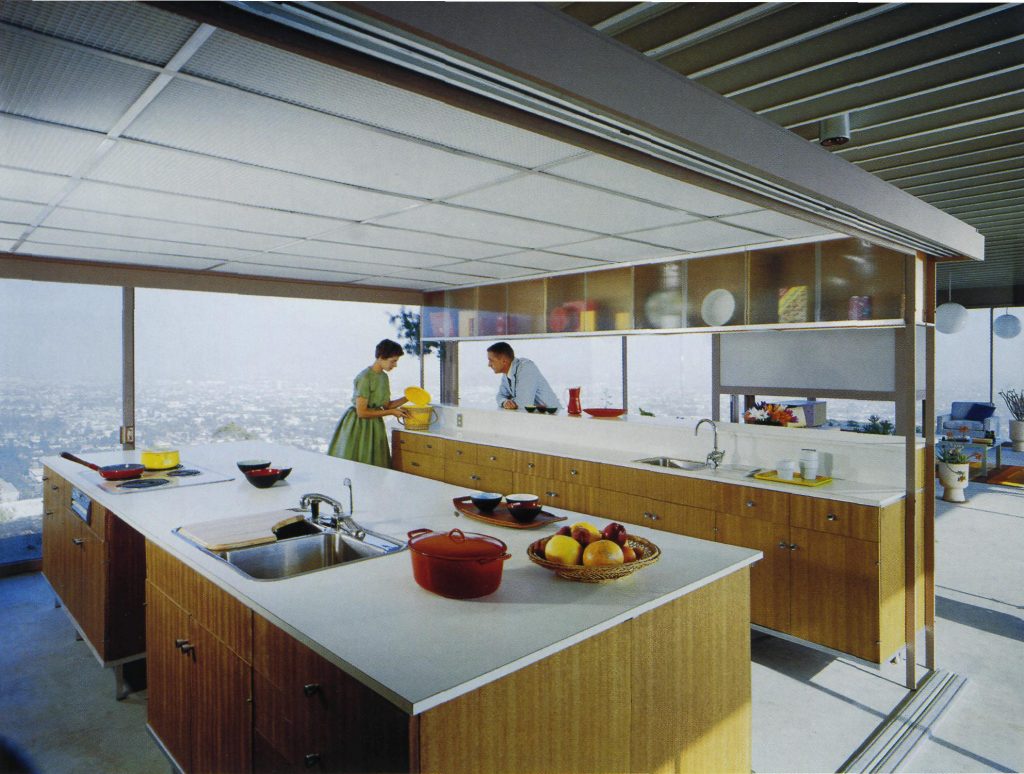 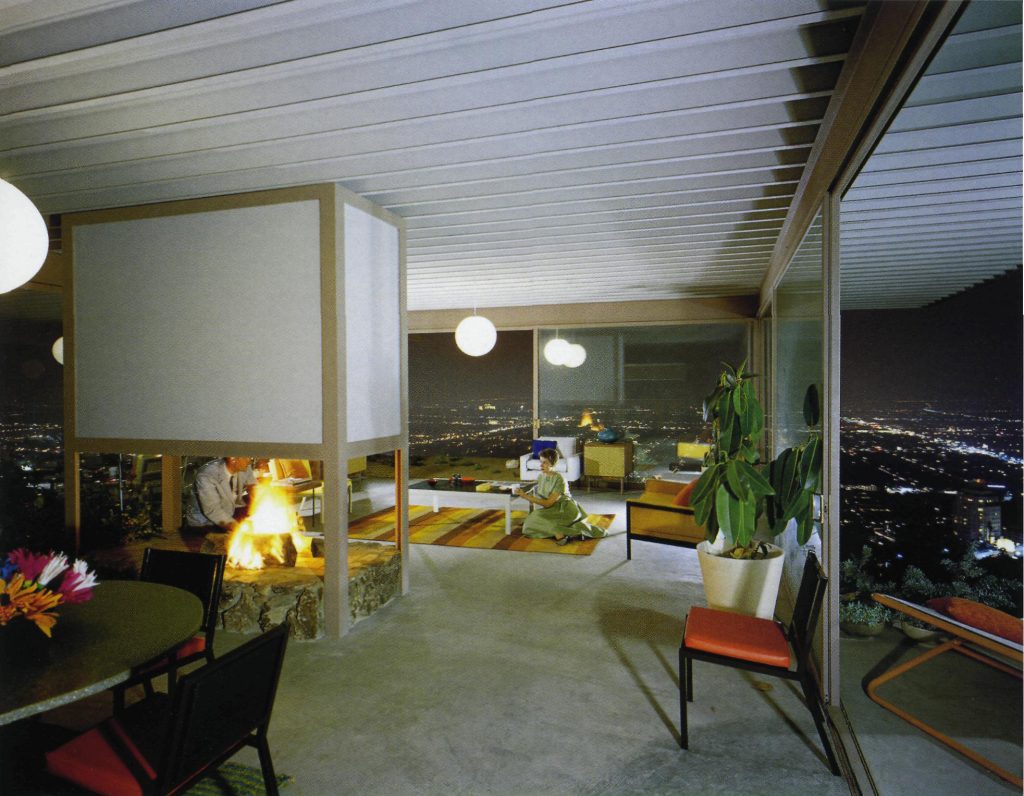 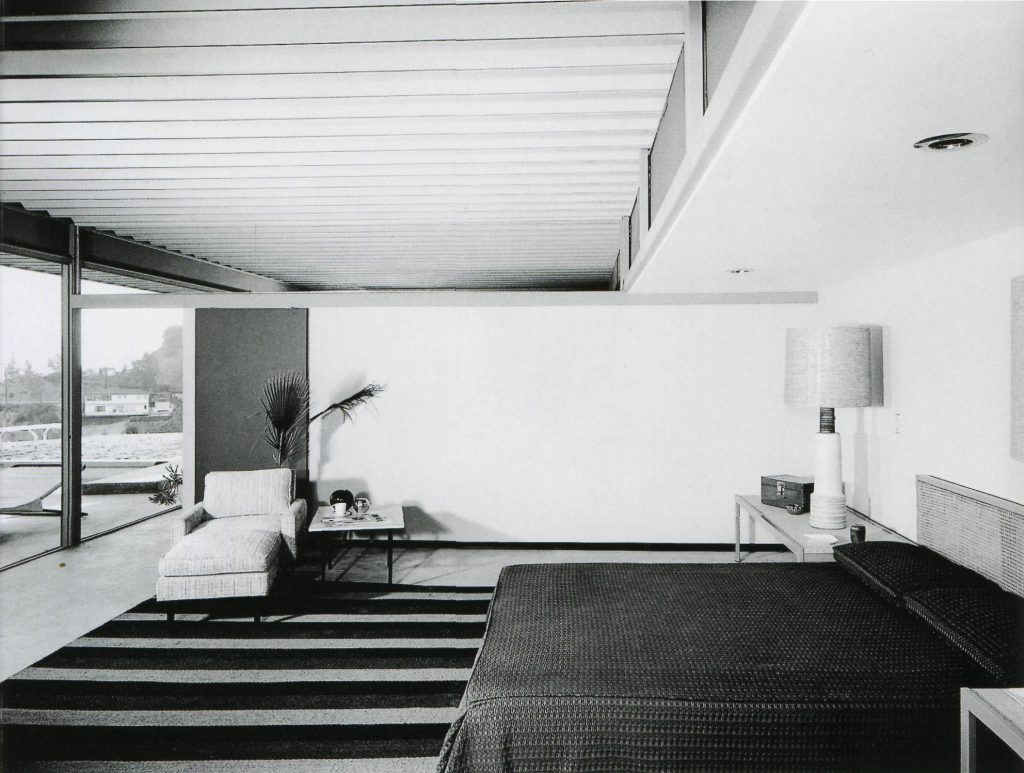 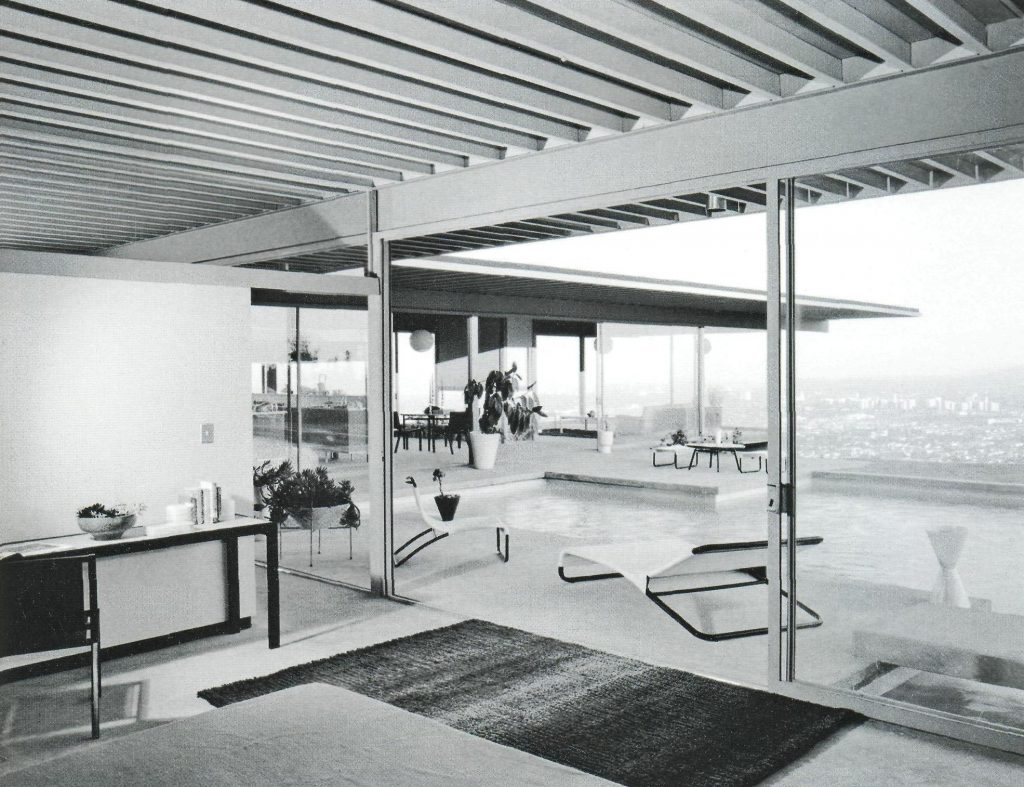 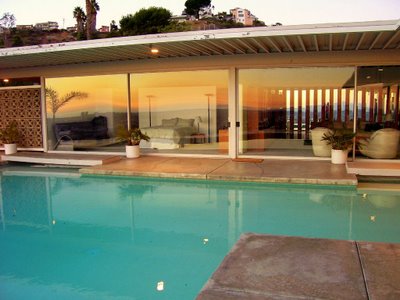 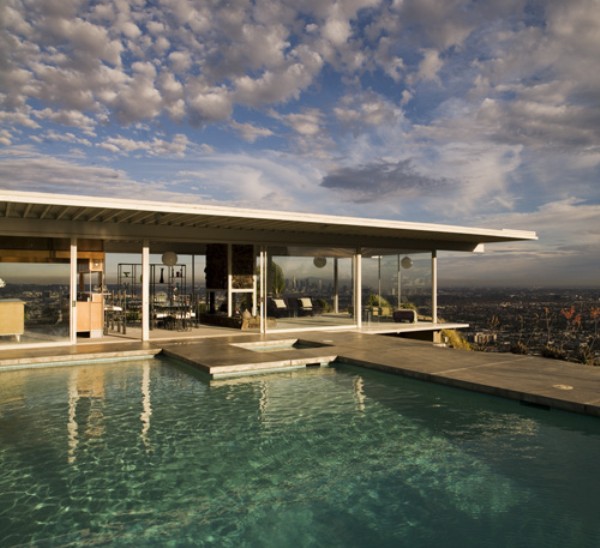 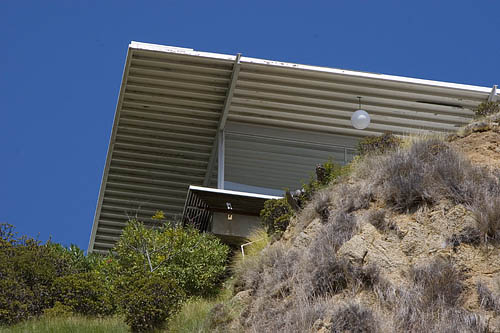