“I always begin with squares”, said Louis Kahn. A quick review of the floors of his most well-known buildings would suffice to confirm this observation: from the baths of the Jewish Community Centre in Trenton, to the Bangladesh National Assembly. Occasionally, the entire the building is square  (the Phillips Exeter Academy Library, Exeter, New Hampshire), but more often the project is conceived as a cluster of squares (the towers of the Richards Medical Research building in Philadelphia, Pennsylvania).

Situated in the suburbs of Hatboro, Pennsylvania State, United States.

The Fisher House is the simplest expression of Kahn’s idea: two cubes, one for the living room and the other for the bedrooms, which touch at an angle as if by chance, like dice thrown on a table. In reality, they are not perfect cubes, and the “cube” of the living room is not even square in floor, but they are close enough to be perceived as such.

As in the Esherick House, ventilation is facilitated by windows with wooden shutters deeply set back with respect to the plane of the façade, so that the shutters do not protrude when open.

The most complex aspect of the façade is the disposition of the windows, which offer vast glass surfaces, juxtaposed with deep apertures which contain smaller windows. This allows for an abstract geometry, which is also seen inside the house with elements such as a bank of windows of intricate composition in the living room.

For Kahn, space and light were the same thing, and orientation, a precise art. The living room faces North and toward the river, through an elaborate corner window which incorporates a bespoke-made piece of furniture.

Some smaller windows located in the North-East and South-East façades balance the light and help to soften the glare, allowing the occasional entry of afternoon sun rays.

The exterior is rather extraordinary: two cubic volumes, one situated at an angle of 45° to the other, with a tenuous connection between the two which results in dynamic configuration.

In a similar way to the extension of the Yale University Art Gallery, Fisher utilises a narrow horizontal reference line in wood on the façades to demarcate the second floor of the space.

Just a few metres away from the main construction, they have built two small units which act as storerooms.

The fact that the living room is located in a separate block is another example of a very characteristic preference of Kahn’s. He did not like buildings in which the unified form was divided inside to create useful spaces. Ideally, Kahn wanted each space, or room, to have its own form. In a large building, this was rarely practical or economical, but a private home allowed him to approach this ideal more easily.

The only angled surface of the cubic volume situated orthogonally is the living room’s stone chimney, which mirrors the 45° angle of the adjacent cube.

The dining room, situated behind the fireplace, was originally built as a rather dark and secluded  space, with only one small window, but the clients insisted they wanted to enjoy the views of the outside. As a result, a few months after the house was finished, a larger window was introduced.

The Fisher House’s living room completely fills the space it occupies, though it is shared with the kitchen.

This is due to the kitchen having its own form: a cube within another cube. The space of the living room continues over and around it.

In the two-floor block intended for the bedrooms, it is more difficult to maintain the formal integration of each room. It has to be subdivided. However, each of the spaces is complete and coherent. For example, the two bedrooms on the upper floor facing East are (almost) perfectly square, each being a quarter of the square of the floor, or an eighth of the larger cube.

The house also has a vestibule in the main entranceway, two bathrooms (one on each floor), a toilet, dressing room and basement-storeroom.

The house is raised on a platform structure, built with a wooden framework with mullions on which the beams are supported, and on which the upper floors are constructed.

To adapt to the slight inclination of the ground, Kahn provided the Fisher House with a stone base which compensated for the variation in slope and provided the lower level which leads to the garden.

Kahn loved stone, the material of ancient ruins which he had so admired during his time in Rome. In Pennsylvania, it was cheaper to build with wood and so, for the Fisher House, Kahn embraced the traditional technology of the platform structure without issue. But the plot was inclined toward the river and there was also the need for a basement for a storeroom. As such, Kahn was able to use masonry walls as a base for the wooden structure, and even used them in the heart of the living room in the form of the semicircular fireplace.

The carpentry of the whole house is wood.

The exterior cladding of the façades is made from cedar wood. The house mainly consists of vertical wood cladding. The Fishers had waited almost seven years for the house to be ready- their project always moved to second place when Kahn had more important commissions- despite which they seemed to love it, taking the trouble to regularly clean and treat its cedar cladding for many years after the completion of the house. 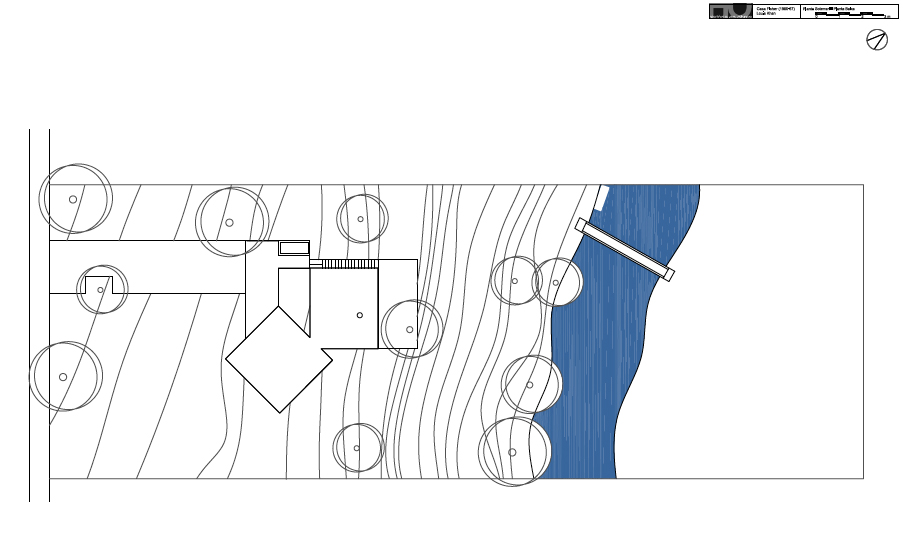 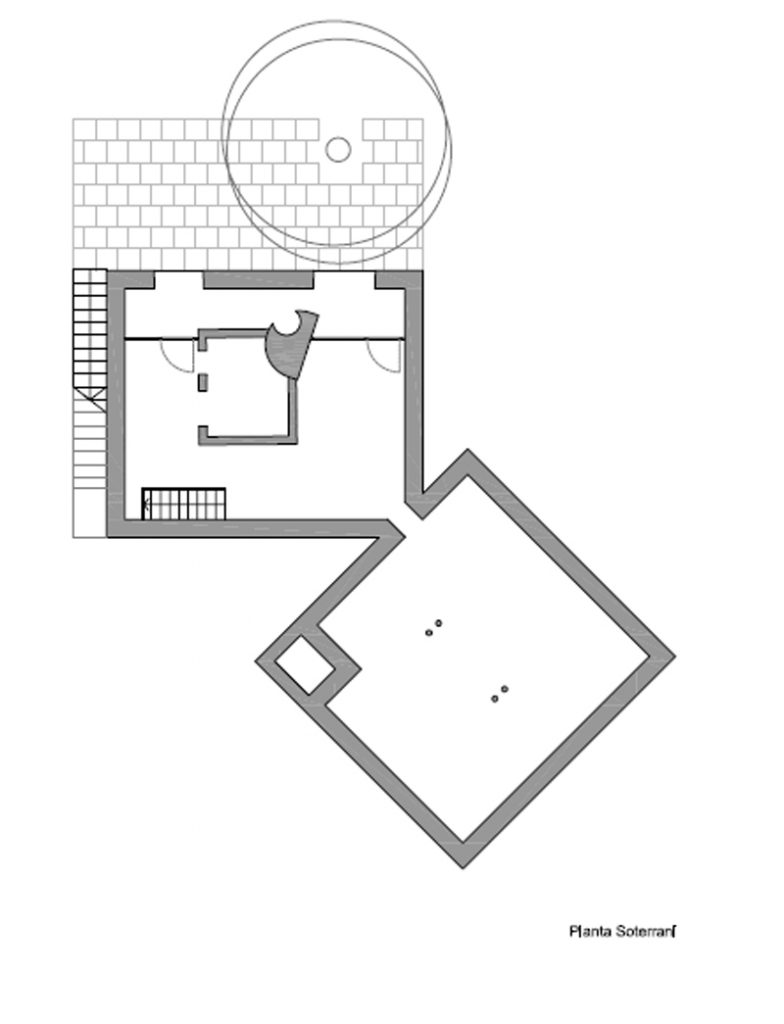 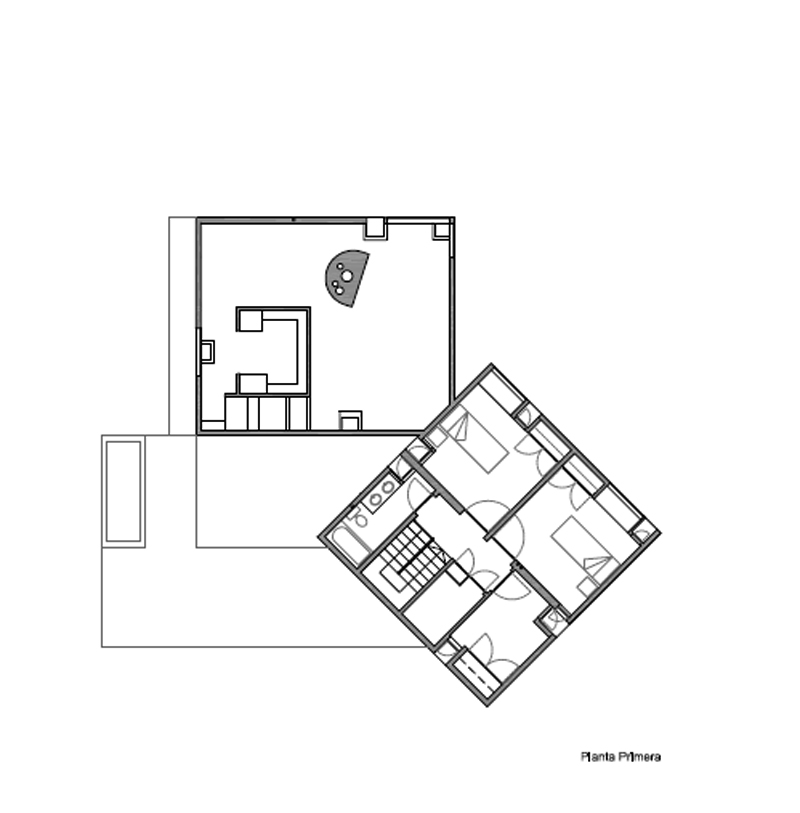 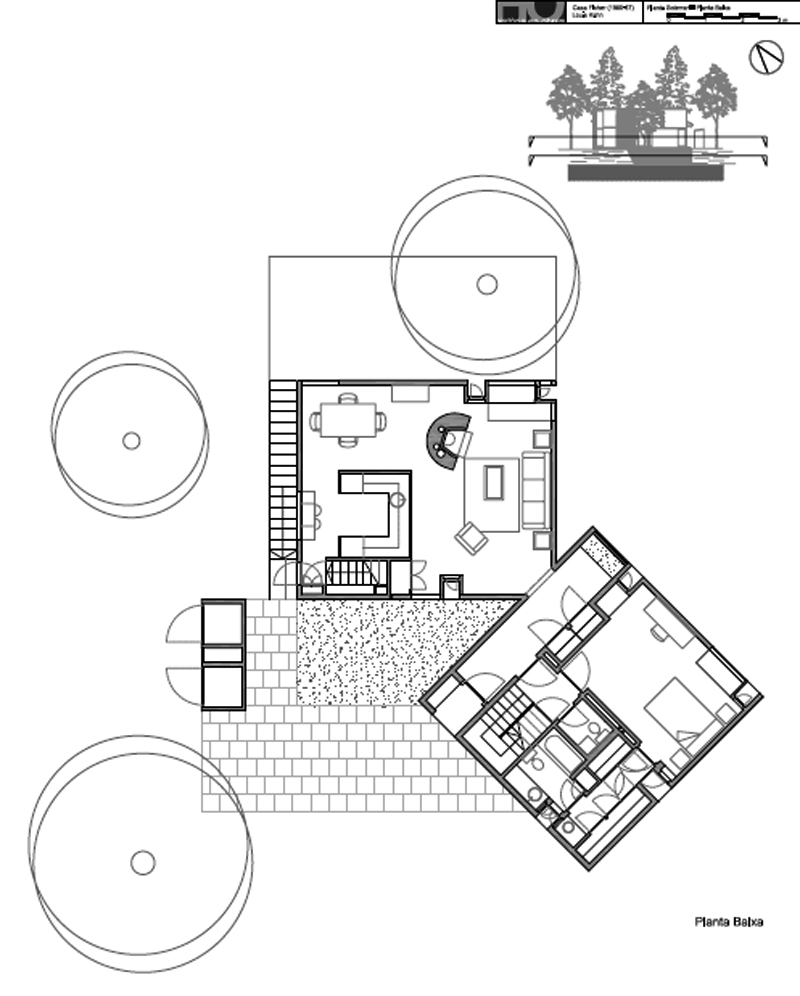 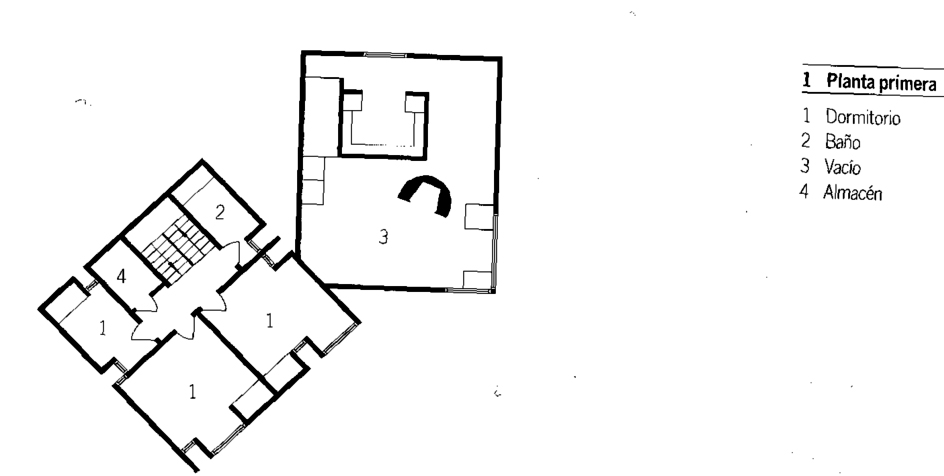 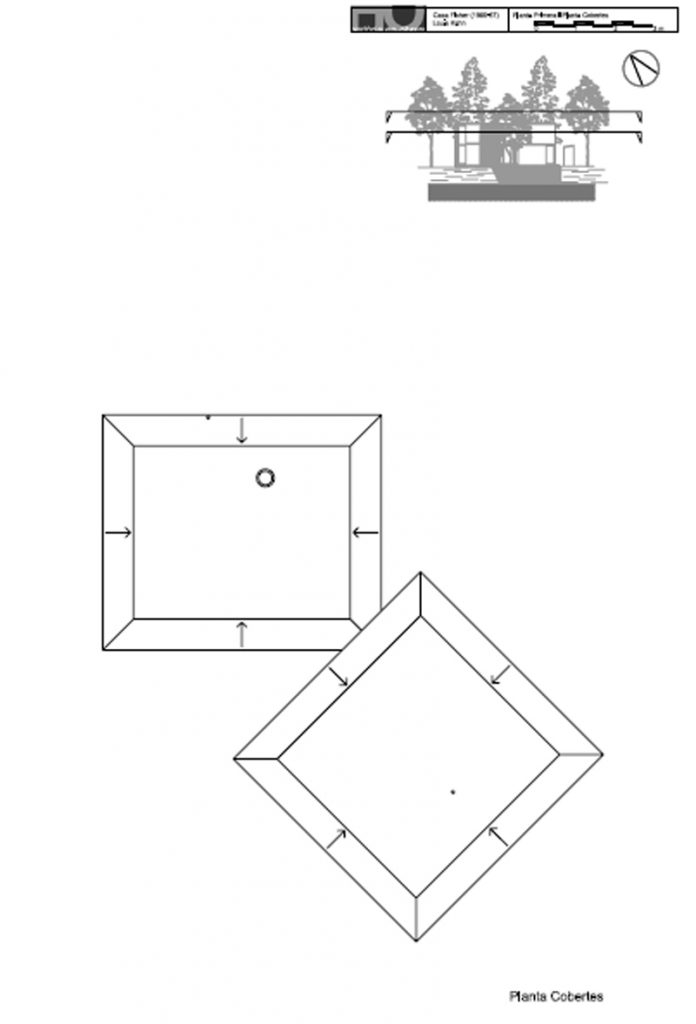 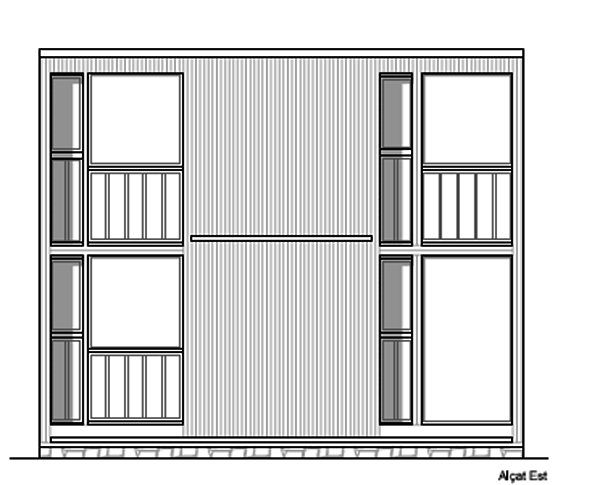 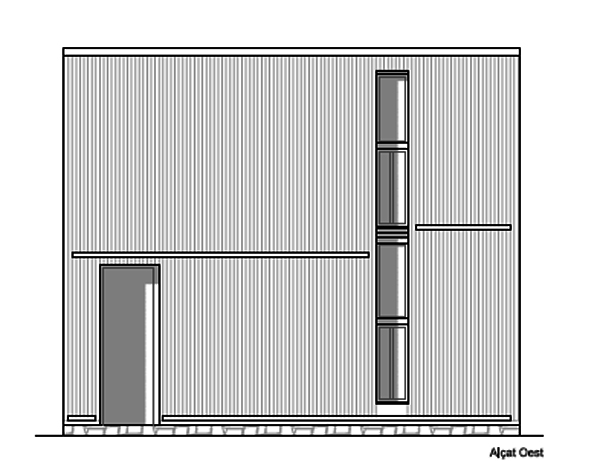 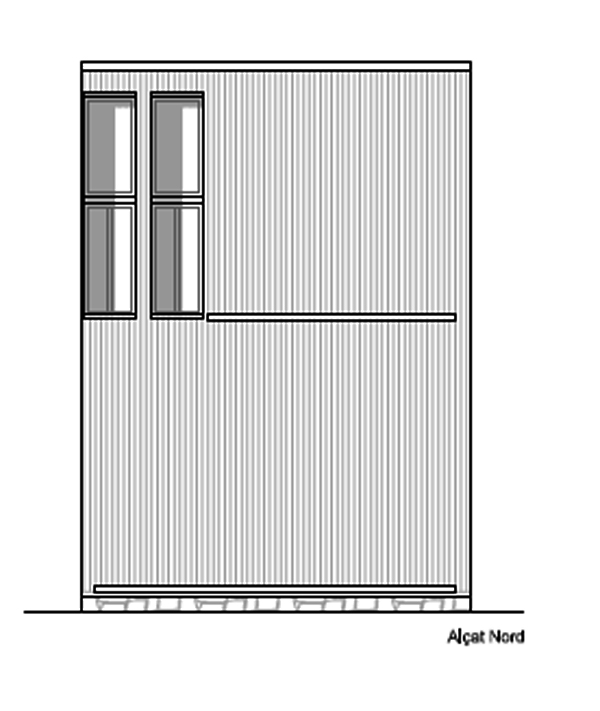 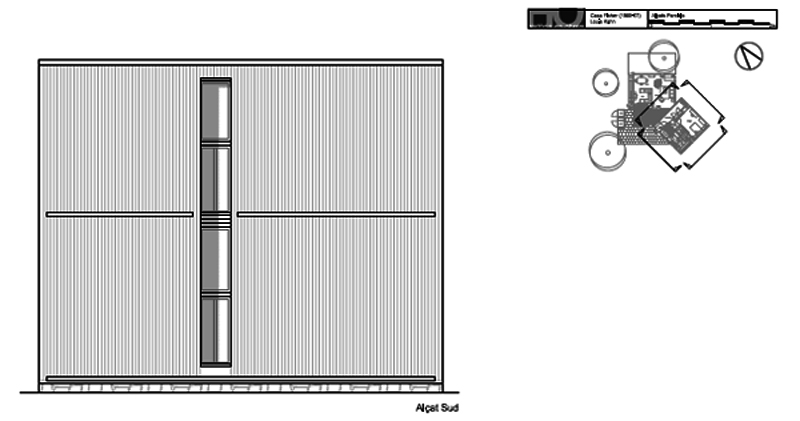 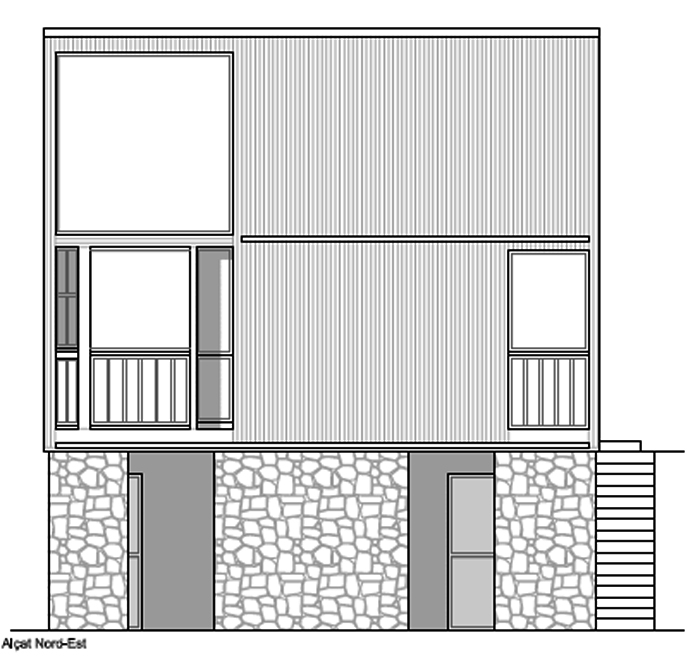 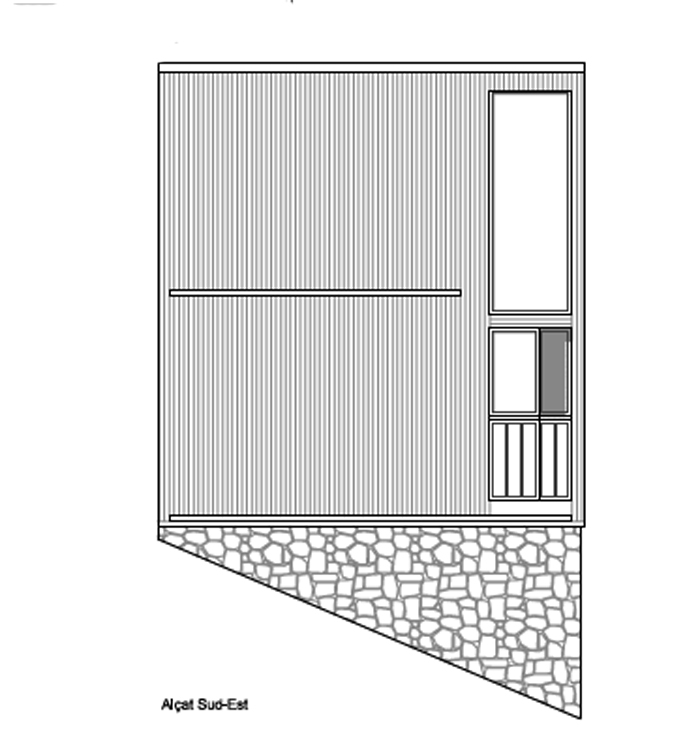 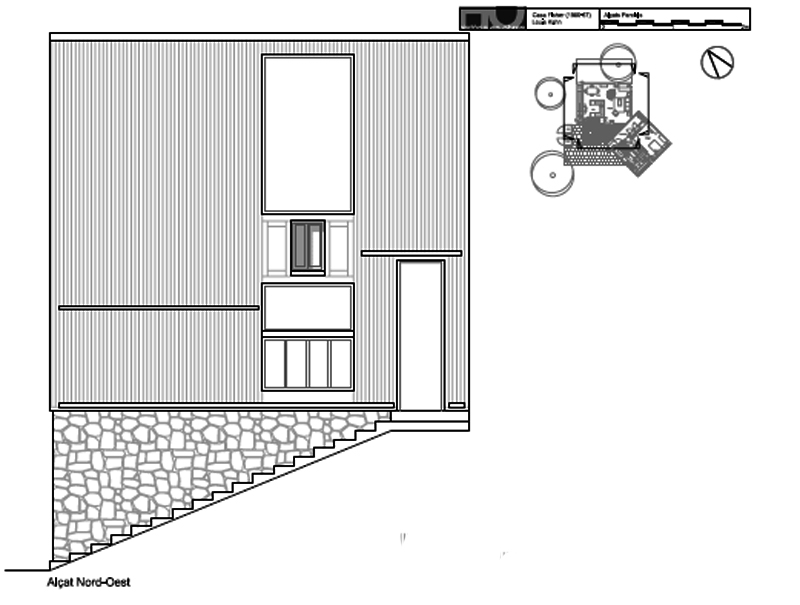 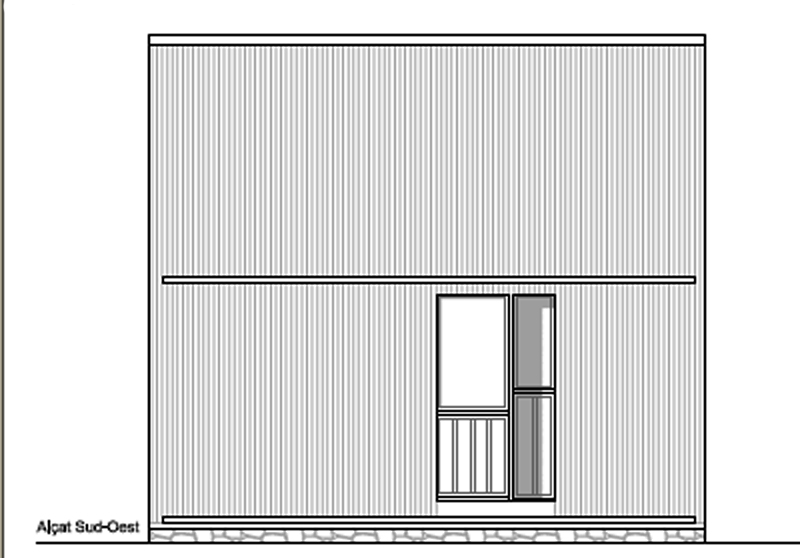 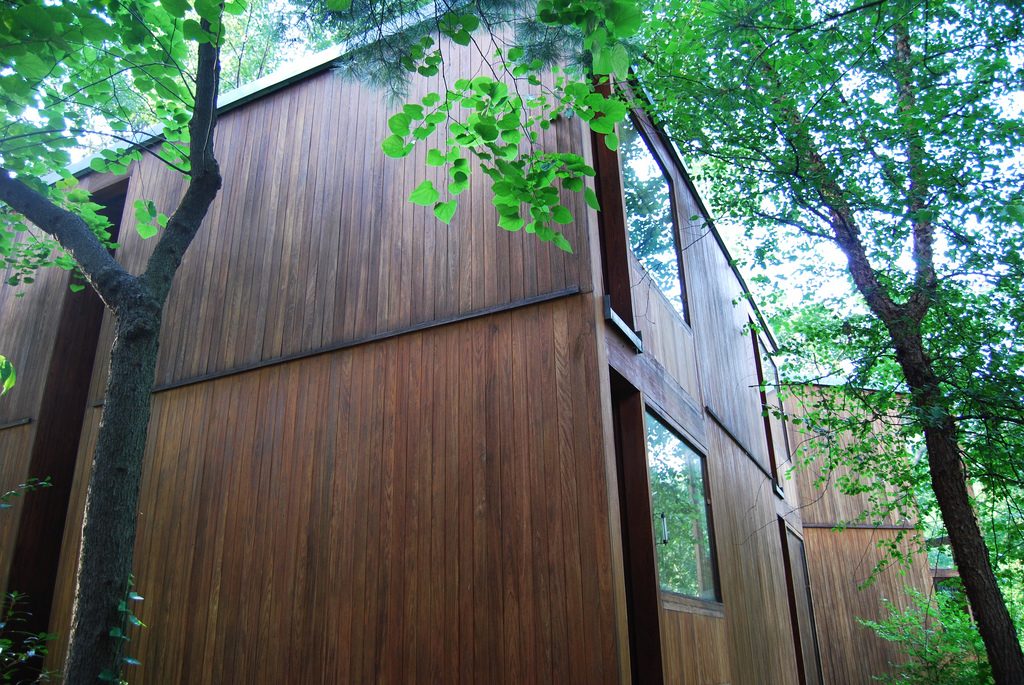 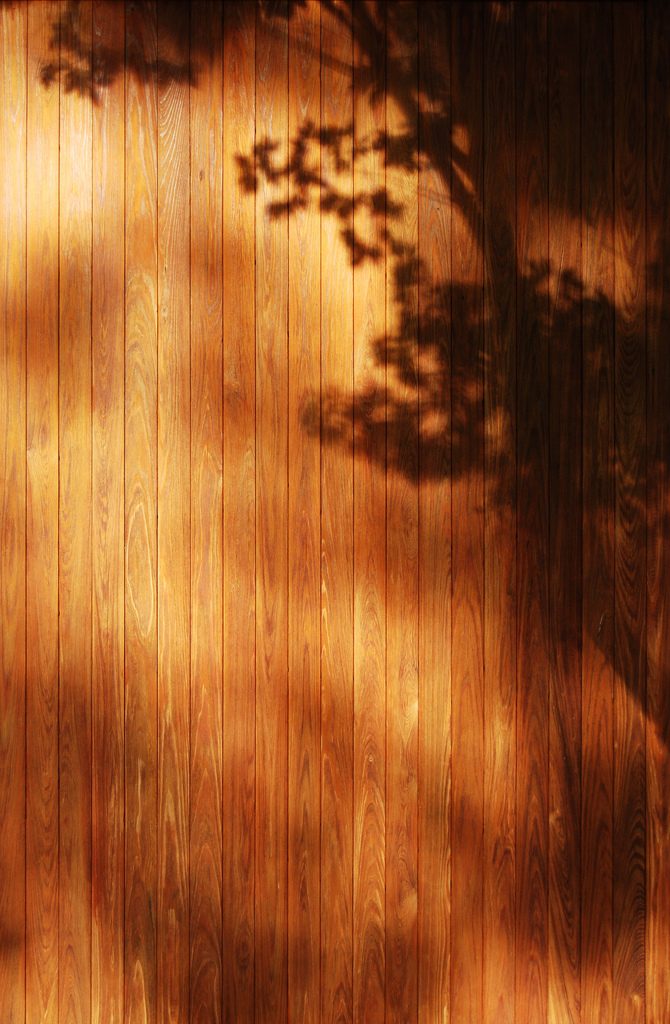 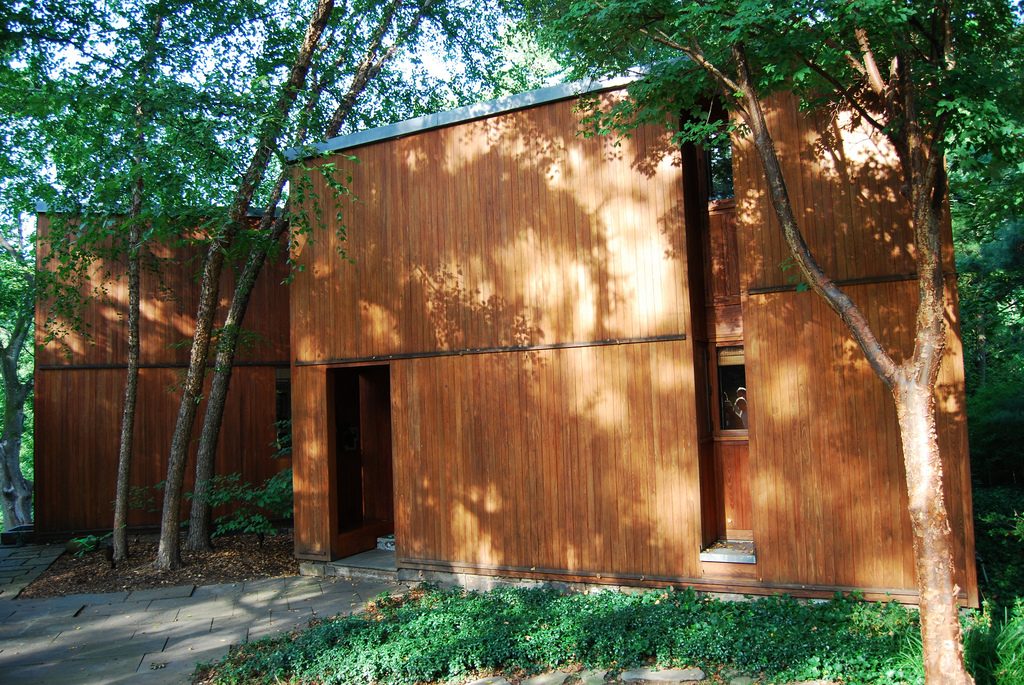 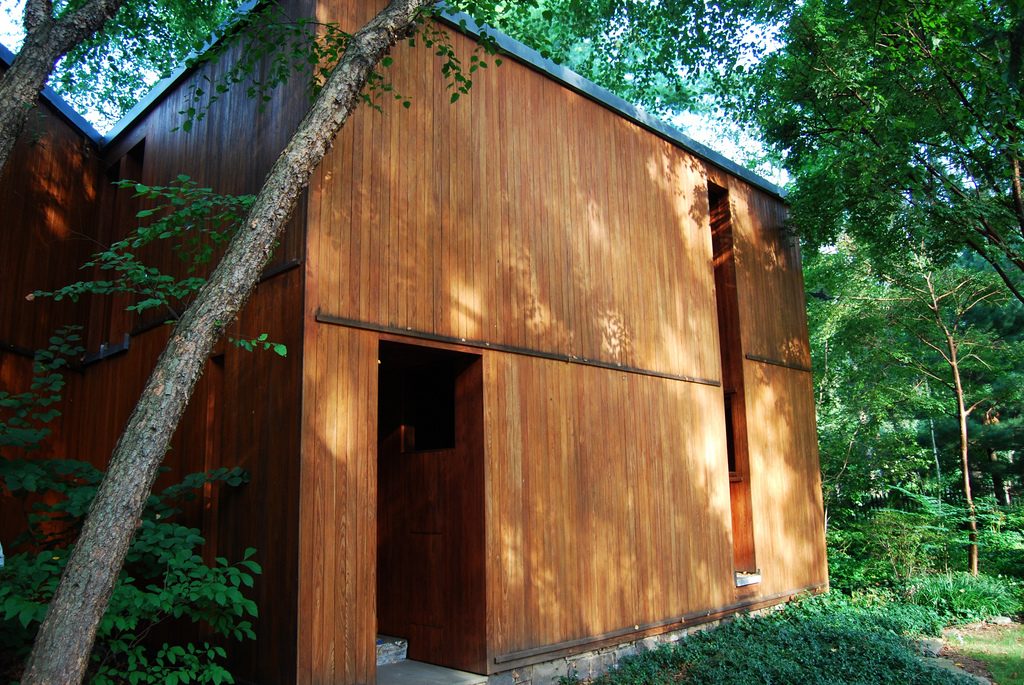 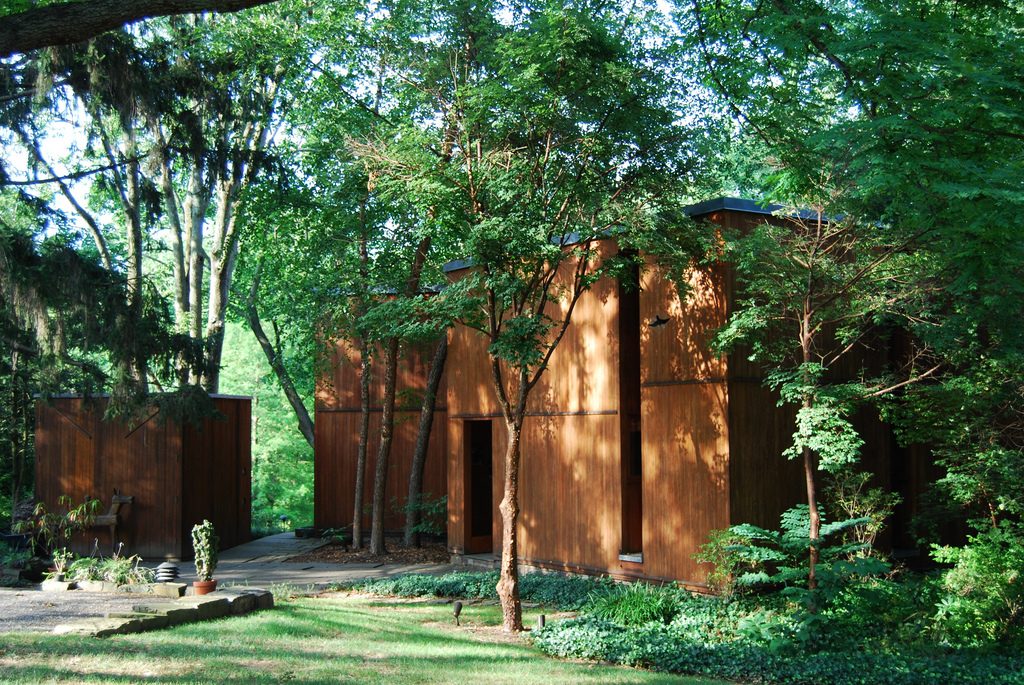 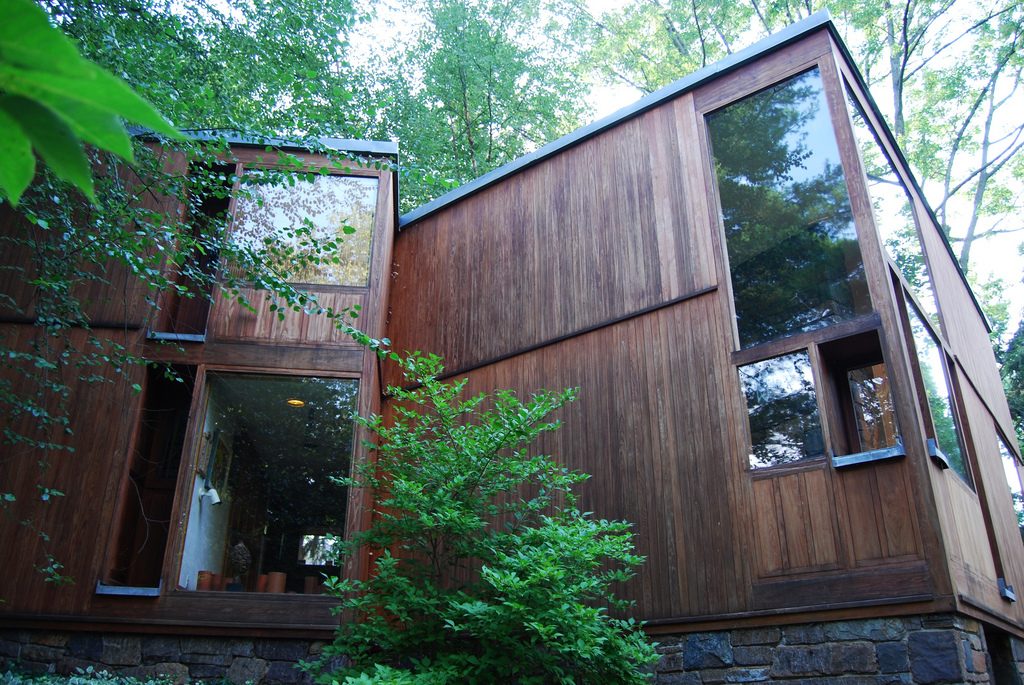 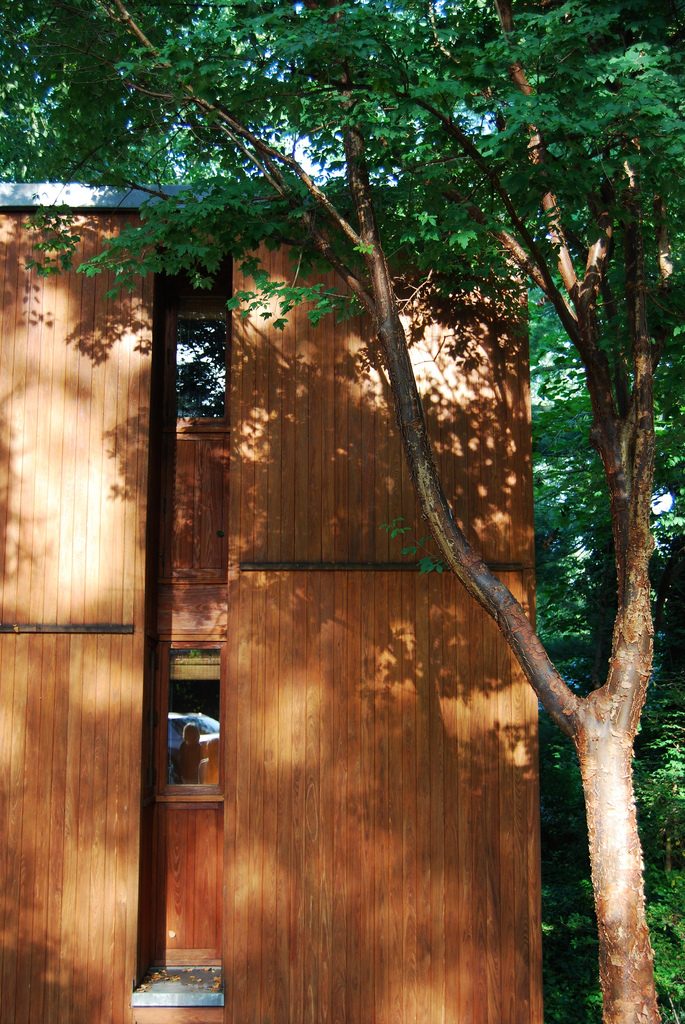 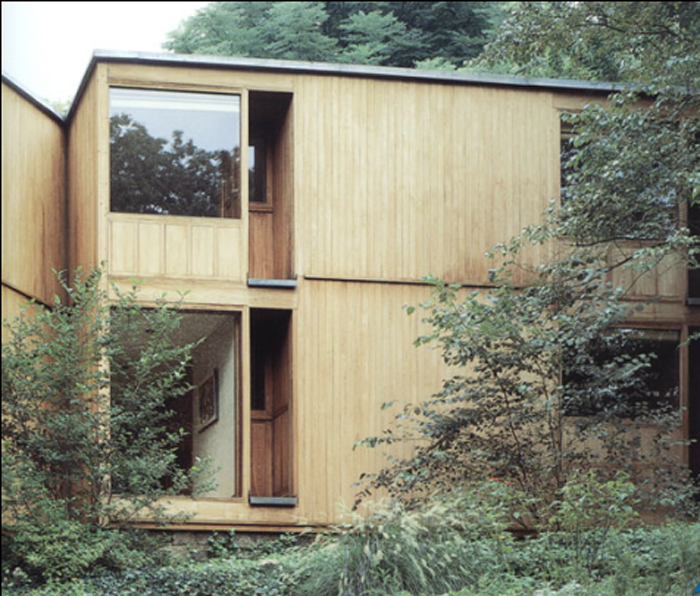 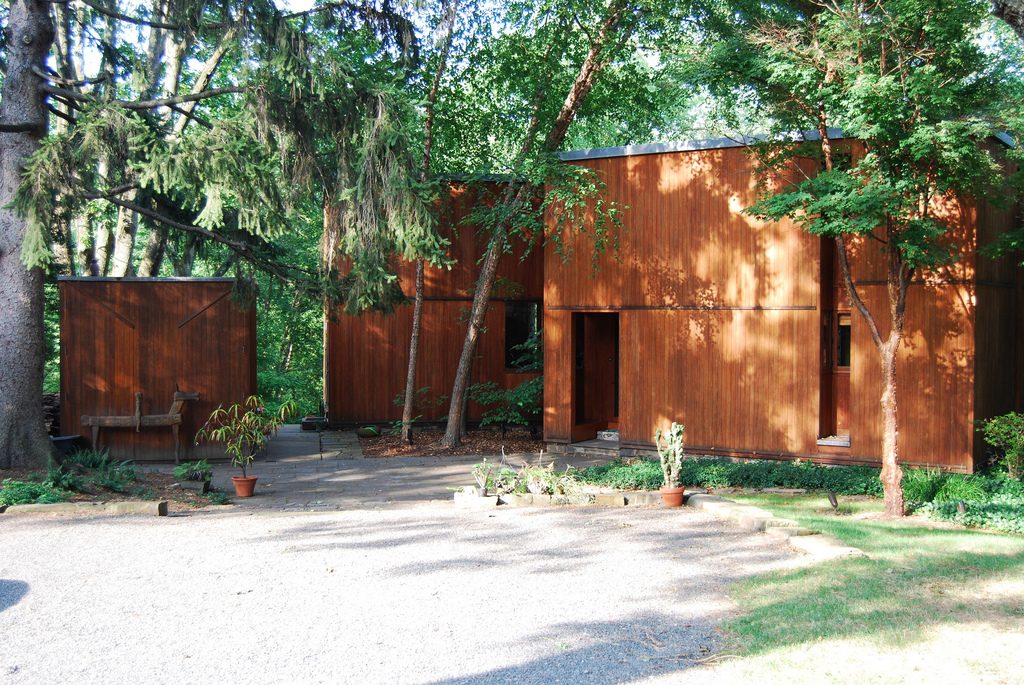 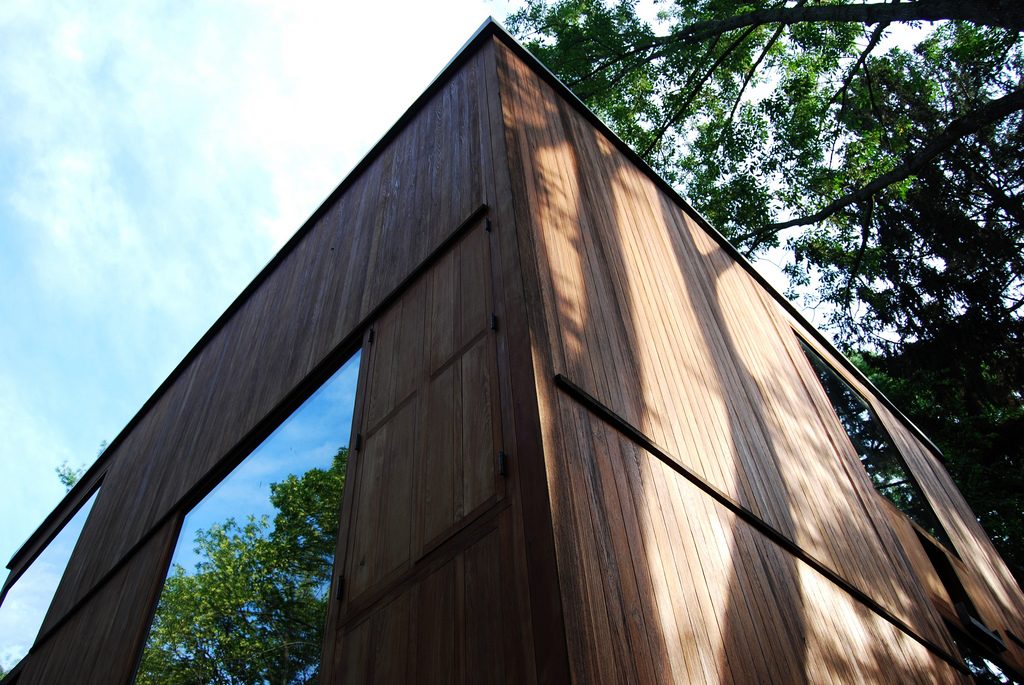 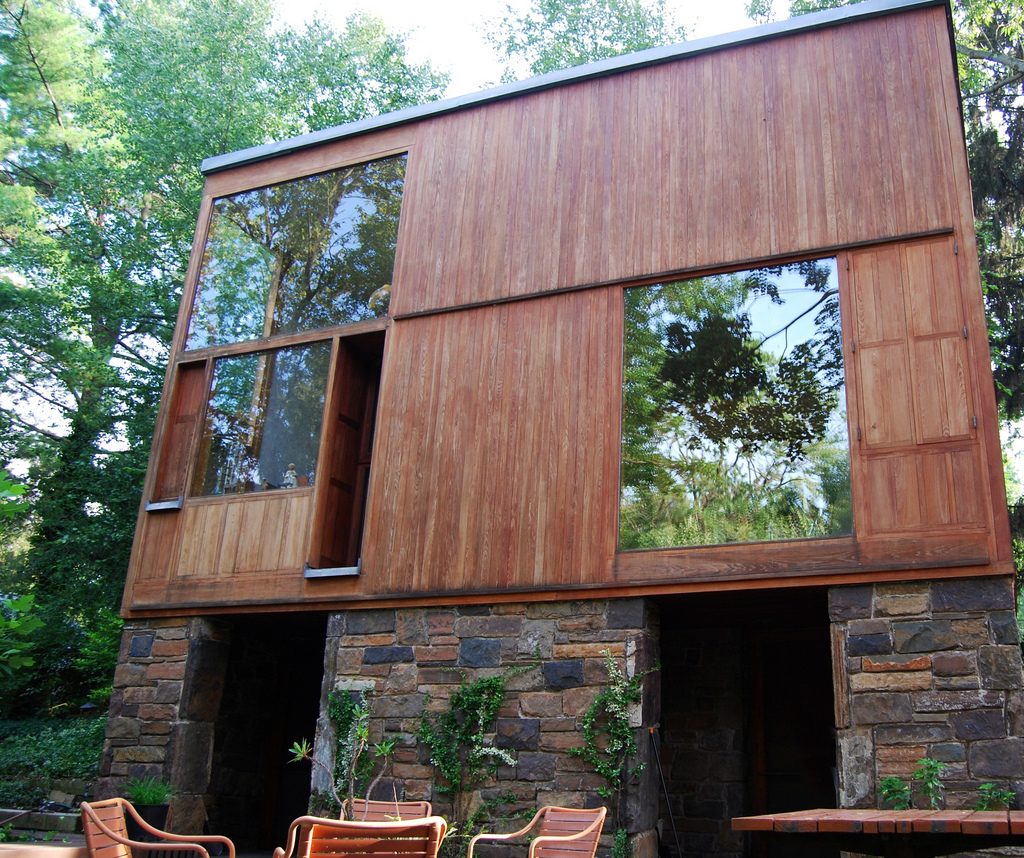 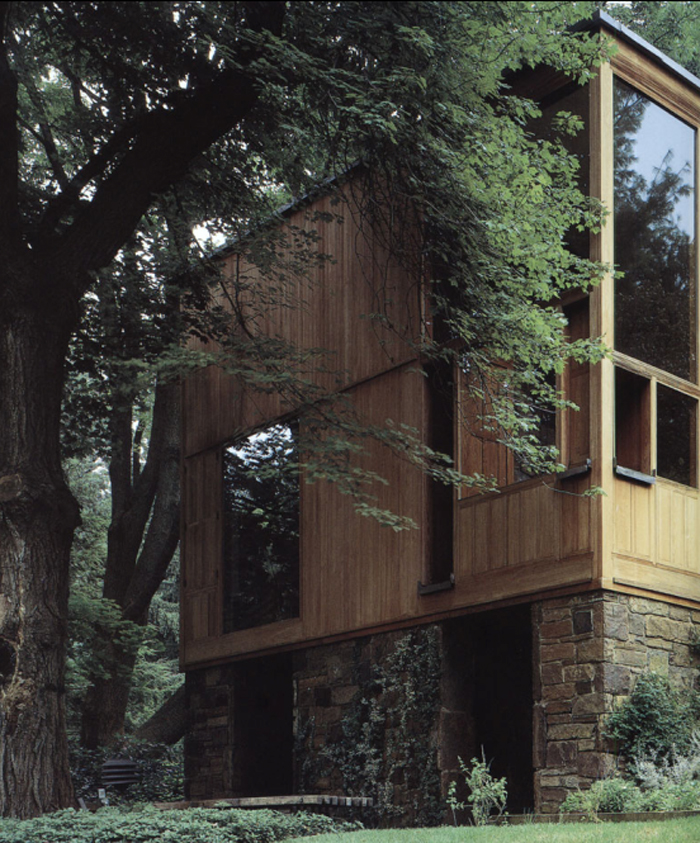 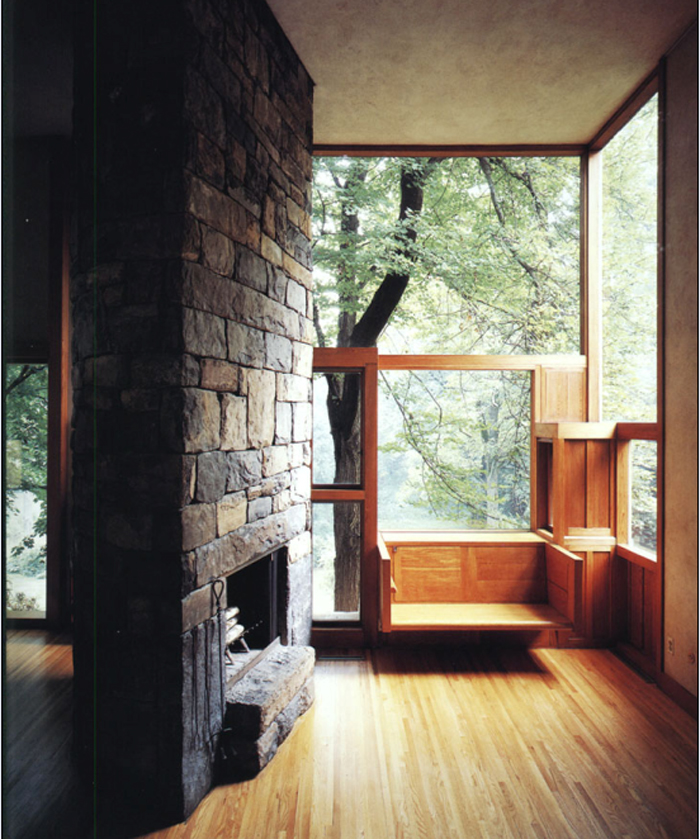