Esherick House is one of the first residential designs constructed by Kahn after his return to the United States from Rome, having been appointed there member of the American Academy in 1953, illustrating his formal ideology.

The project was commissioned by Margaret Esherick, single woman.

The house has a simple design with a central lobby featuring a staircase and a lounge area with a fireplace. The general shape of this two-story house is rectangular. However, the symmetrical articulation of the windows and entry readily reveal design concepts used earlier by Kahn in its architecture, institutional and public, where larger and smaller windows in the monumental facade create an impression in his overall composition.

The facades are lined with windows, some flush with the exterior and some windows are deeply inserted in the volume of the building.

By design, the Esherick House has thick walls that are cut to accommodate shelves or to embed windows aligned with the interior walls.

The concrete block exterior of the house is stuccoed to give it a monolithic appearance, and has a great elegance in combination with wooden structures of the windows and doors. 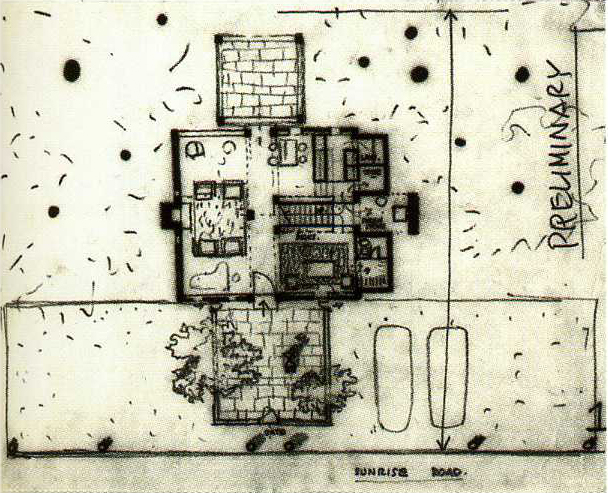 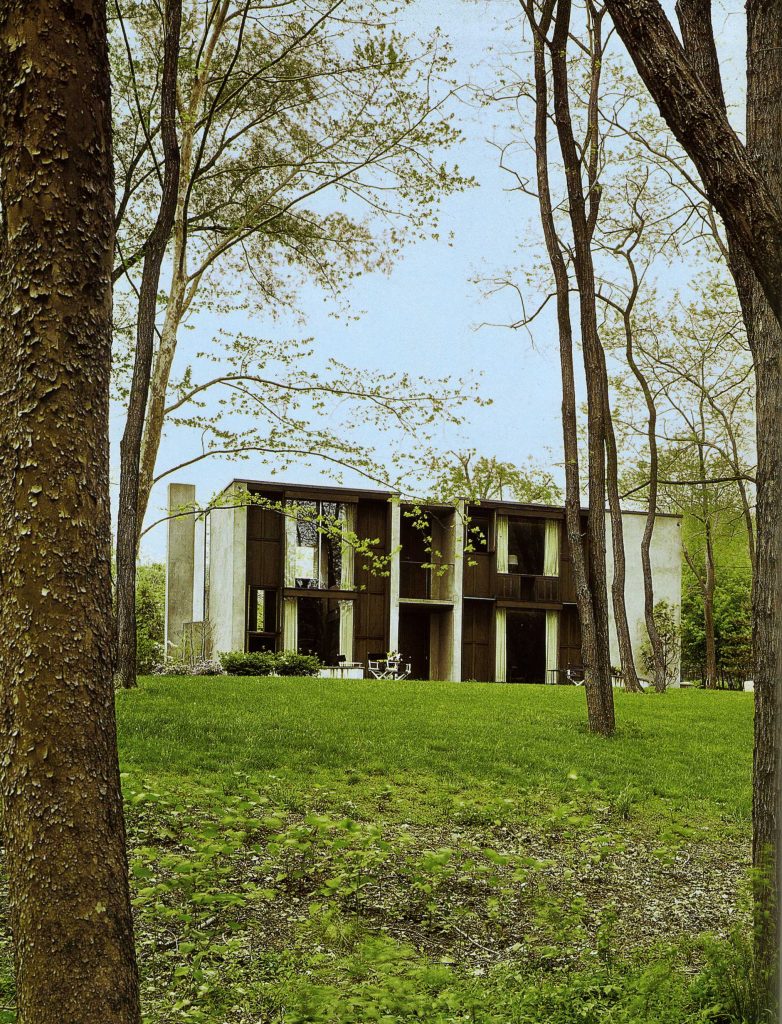 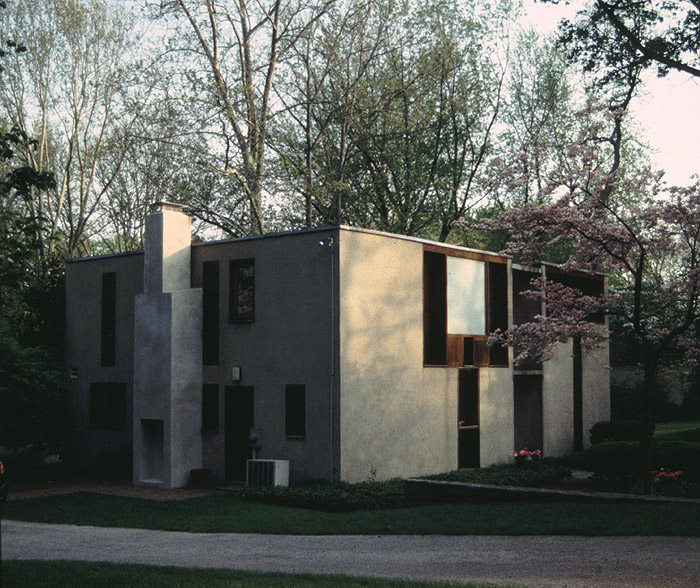 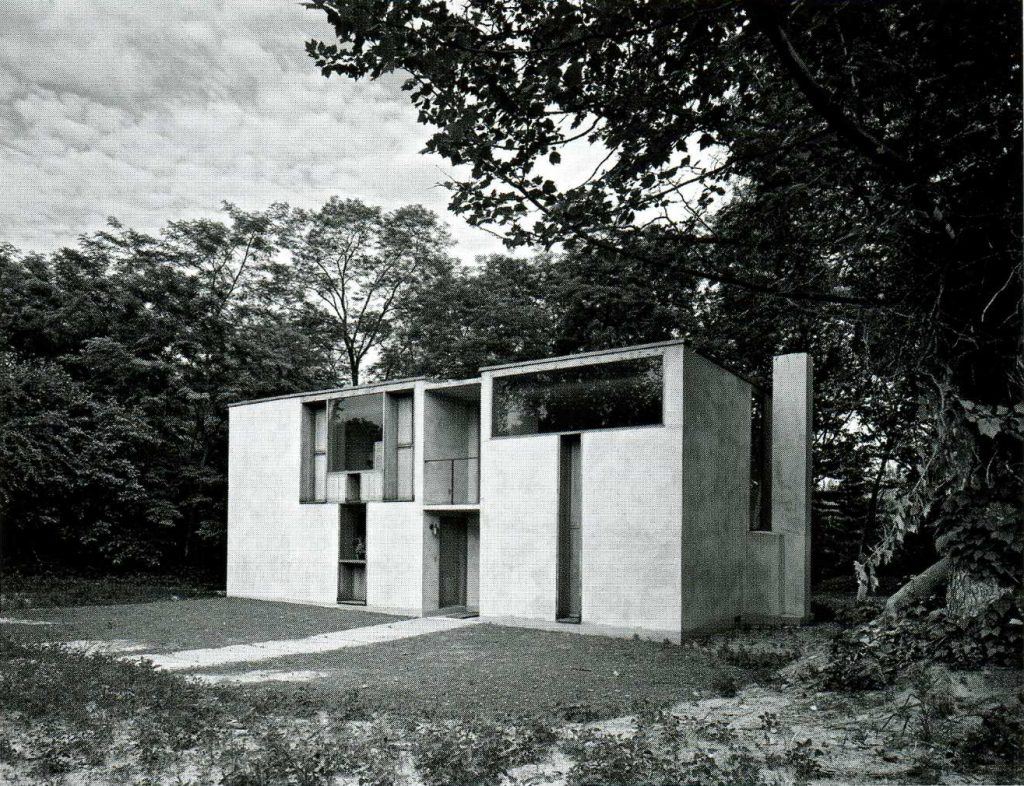 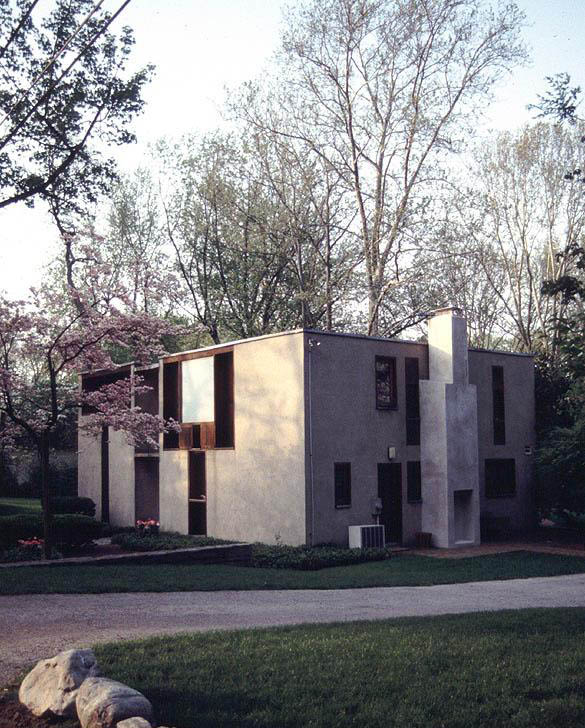 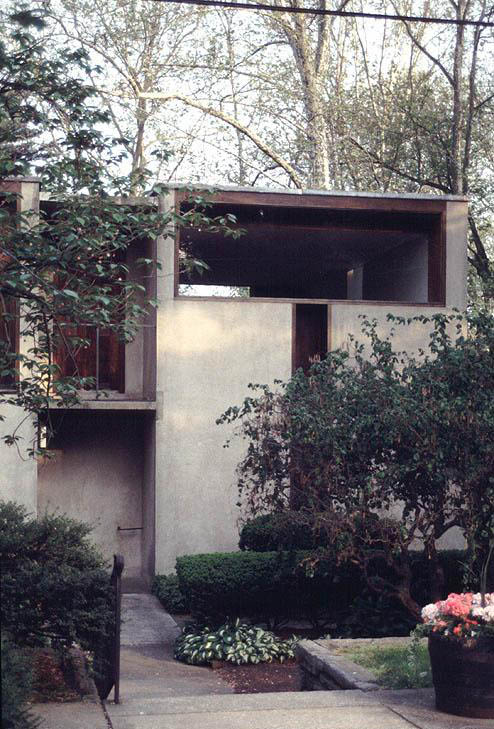 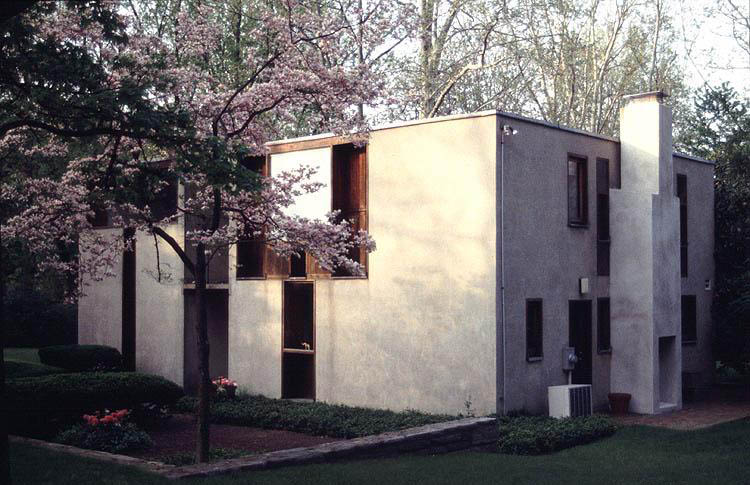 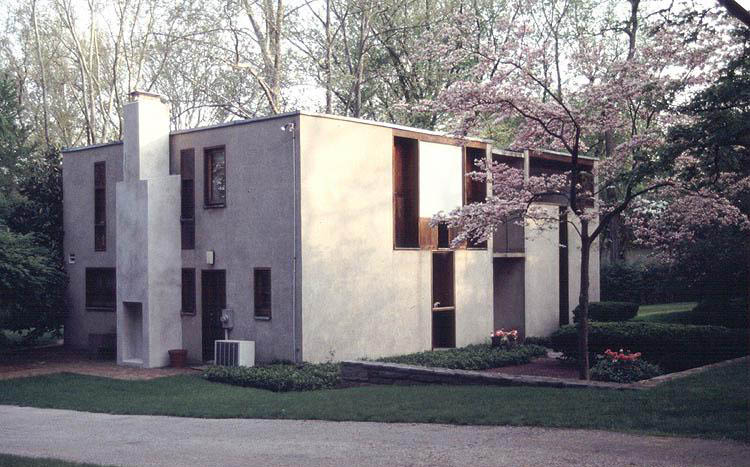 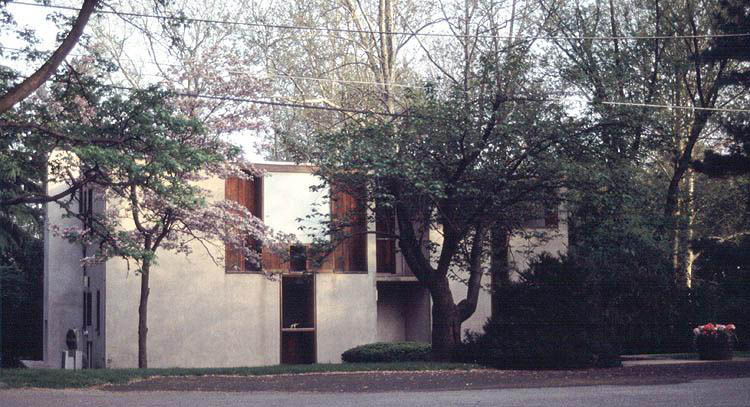 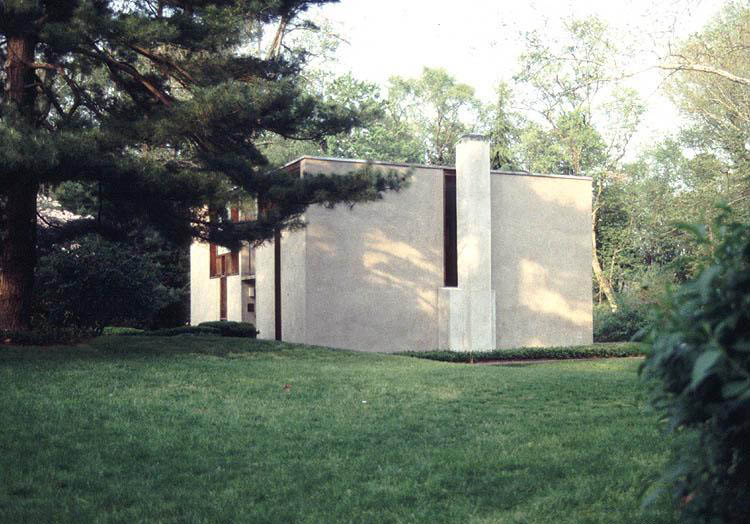 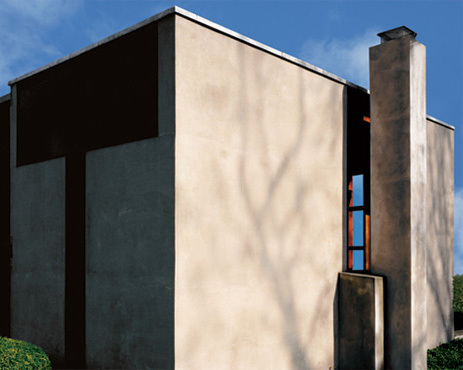 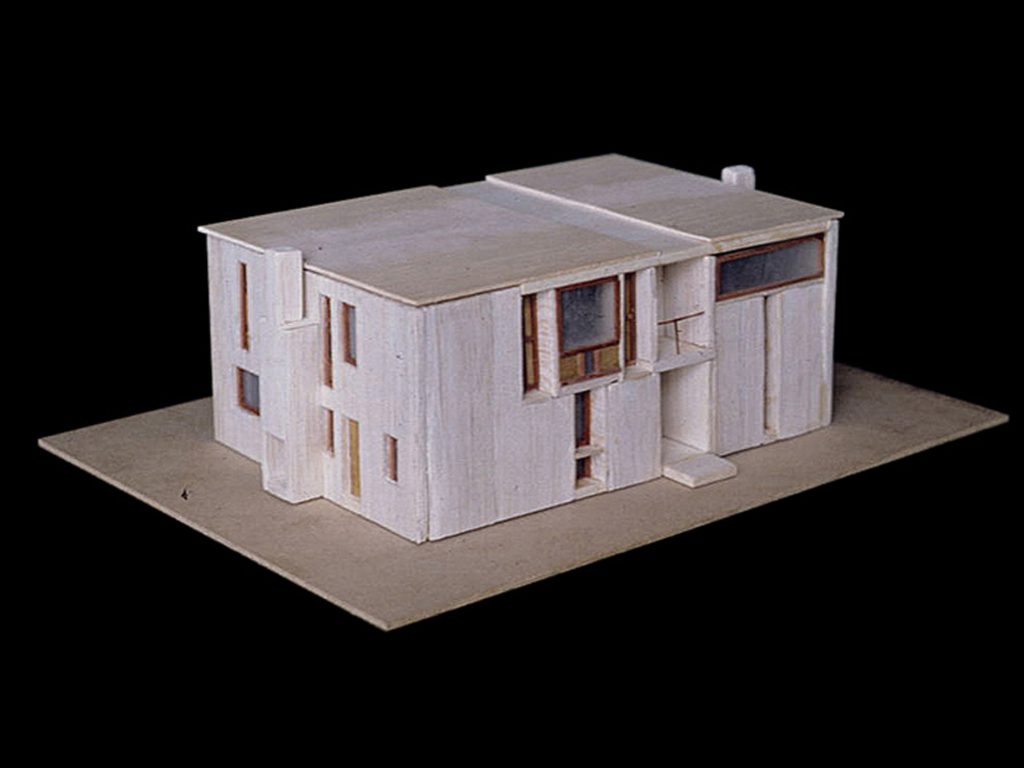 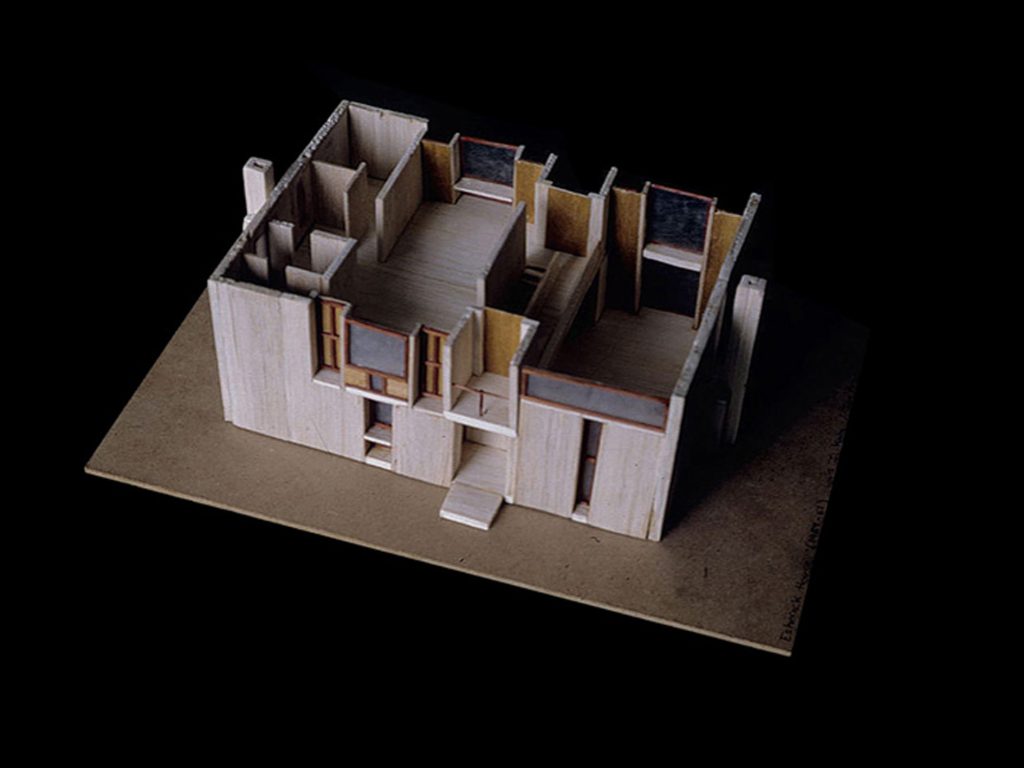 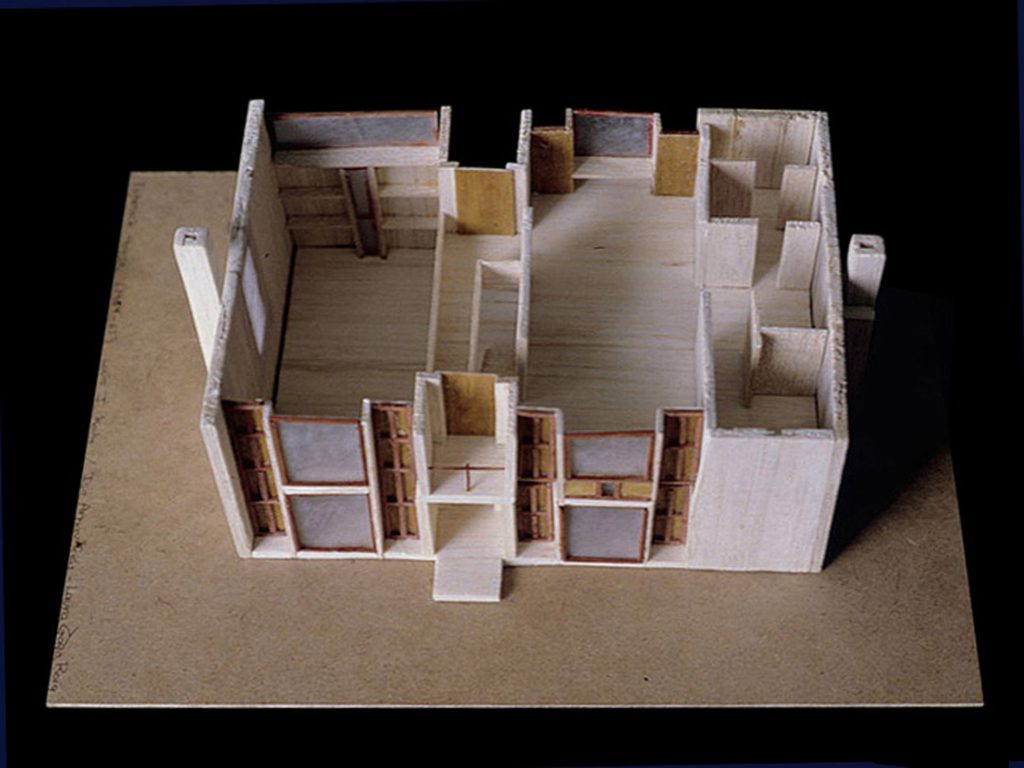