During the project of the Jewish Community Center in Trenton, Kahn made four proposals for design. The architect wanted to make the most complex community structure, as it would have been his first big building independently.

The building committee chairman, H. Saaz Harvey, who was an alumnus of Yale and knew the recent success of Kahn with the extension of the Calería Art at Yale University, hired Kahn. Over time, however, Saaz became the sole supporter of the vision of Kahn.

Unfortunately, in 1957 Saaz ill and had to leave the committee in charge of construction, leaving the group without direction or support for the ambitious project Kahn. The final decision of the committee was to build a smaller structure, the bathhouse.

The property was purchased from the Jewish Community Center by Mercer County in 2007. The Bath House has been restored and the 2 day camp structures have been rebuilt. The Township of Ewing operates the property as a community center, swim club and day camp.

The construction site is located in a flat in the Township of Ewing, about 120km south of Manhattan and located within the state of New Jersey.

The Jewish Community Center in Trenton (New Jersey) illustrates the interest of Kahn by repetitive geometries in plant compositions are set in bilateral symmetrical mind.

Although it only came to build a small part of this vast complex, the building shows that even with lower budgets can be set-pure forms of beauty to enhance the spiritual quality of the architecture. This is reflected to perfection in the bathhouse, consisting of four square pyramid with covers that are arranged around a central courtyard open. These covered, although protected from the elements are cut by their leaving the sky visible even in the quarters devoted to the changing rooms. This gives us an idea that Kahn did not understand these places closed, but rather as a simple screen near the bathing area that allows us to guarecernos a few moments while enjoying the outdoors and nature that surrounds us.

The proportions of the flag and its relationship with the empty space of the courtyard space created a plant that was taken with a special reputation in the public atrium of the library of the Phillips Exeter Academy (1972) Kahn, in Exeter (New Hampshire).

The simple geometry of the plant allow Kahn develop a simple but effective space program.
The set consists of four perfect square pyramidal roof with cross-shaped organized around a central courtyard also square.

Kahn spent the first quadrant of the bathrooms to the lobby, and then distribute the dressing rooms for men and women left and right of the courtyard as progress continues. Quadrant farthest to entry as a means of reunion for men and women up to the pits once the moments of intimacy in the respective locker rooms.

Kahn uses the corners of the 4 quadrants to establish the areas of service may be listed as toilets.

The walls of the complex are built of prefabricated concrete blocks uncoated, while the covers are wooden structures with wooden revoltones levels of platelets and a coating to seal the front of the water. 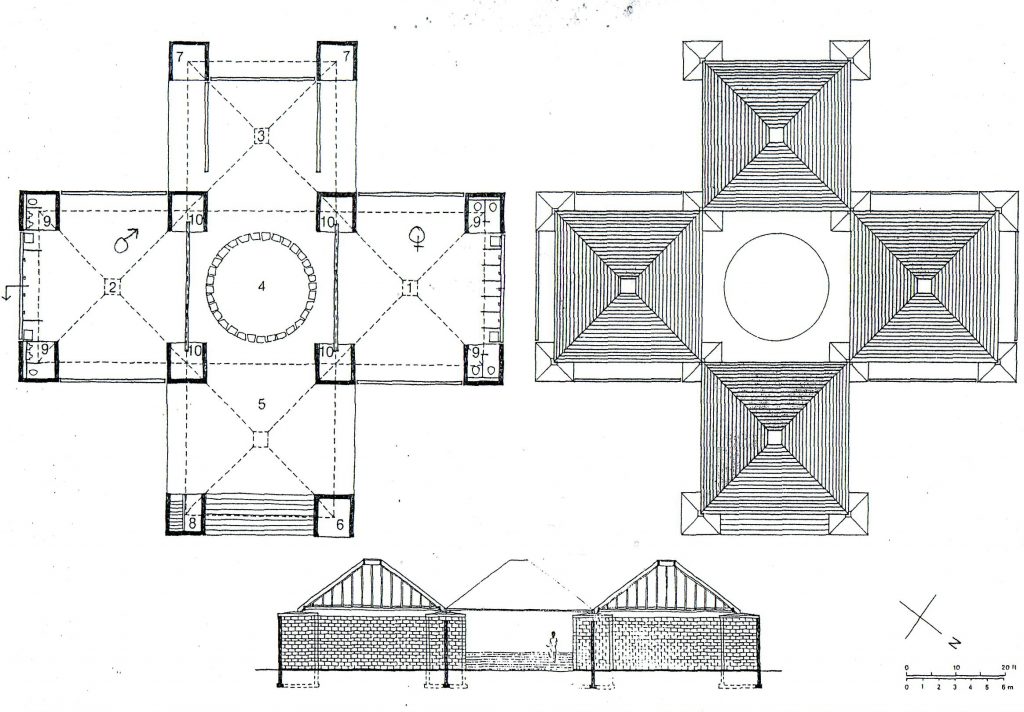 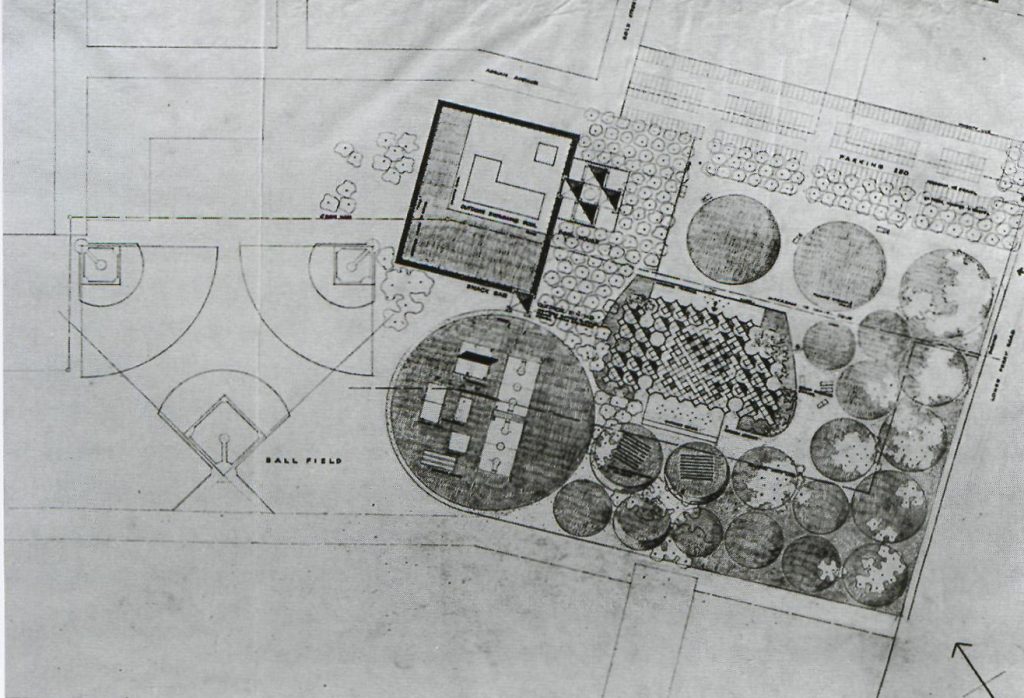 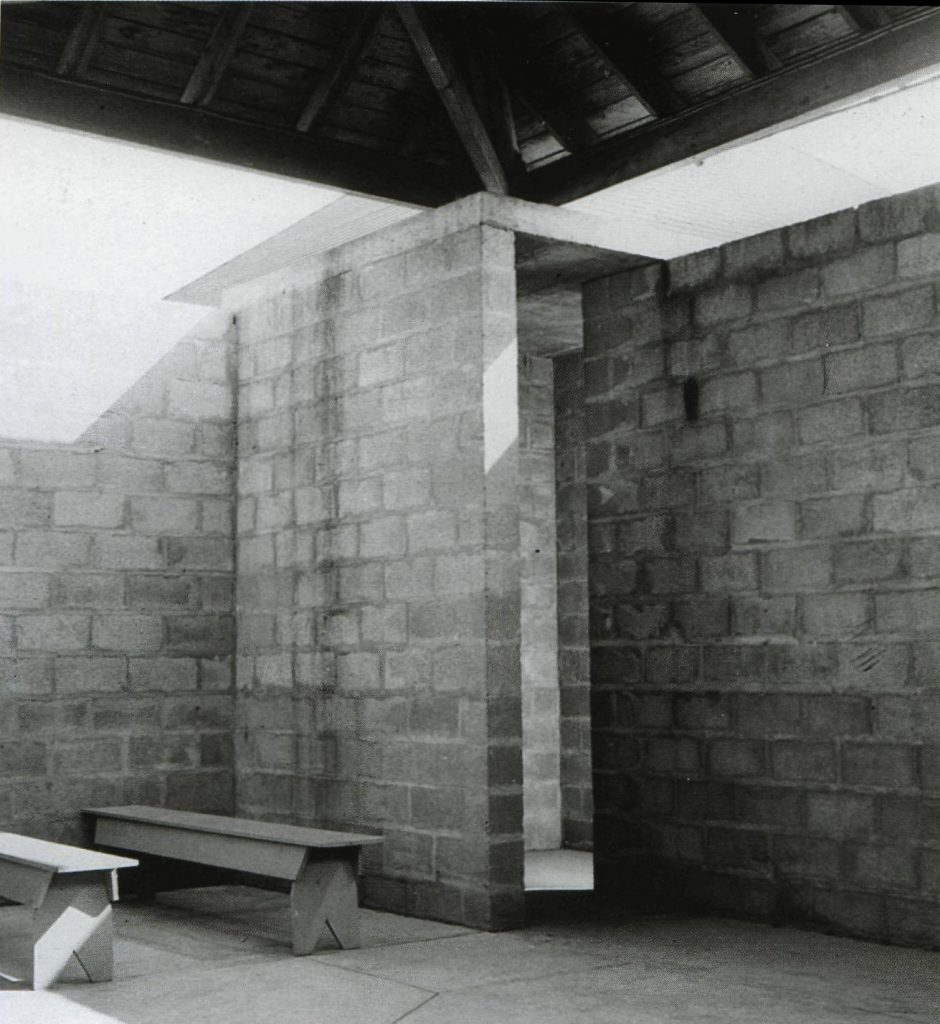 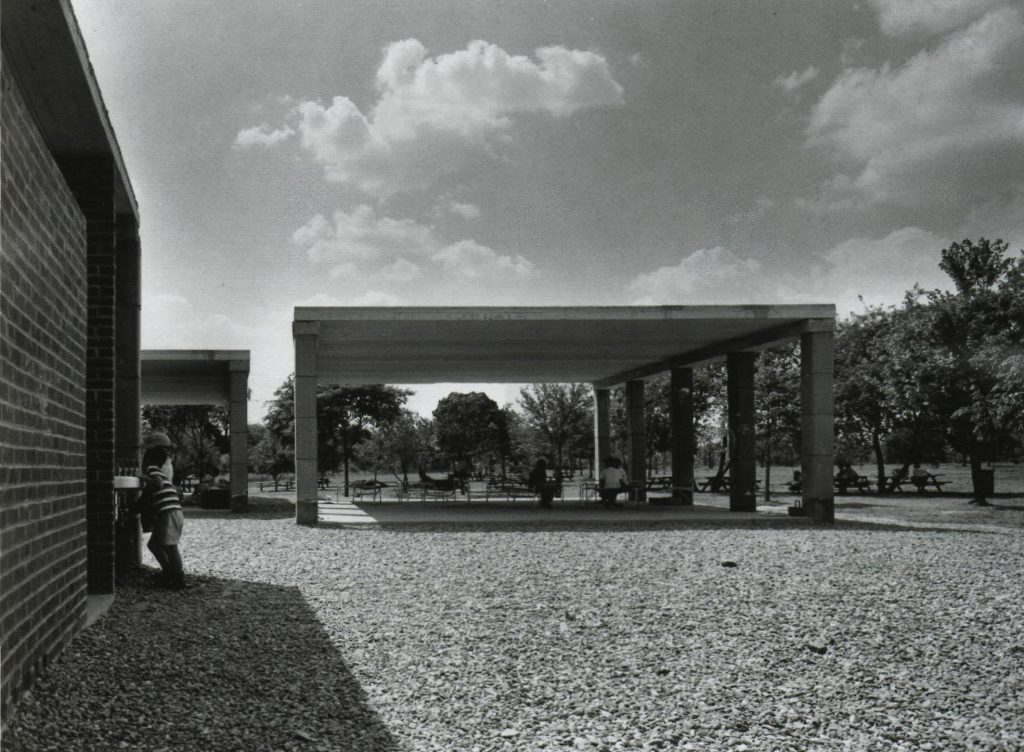 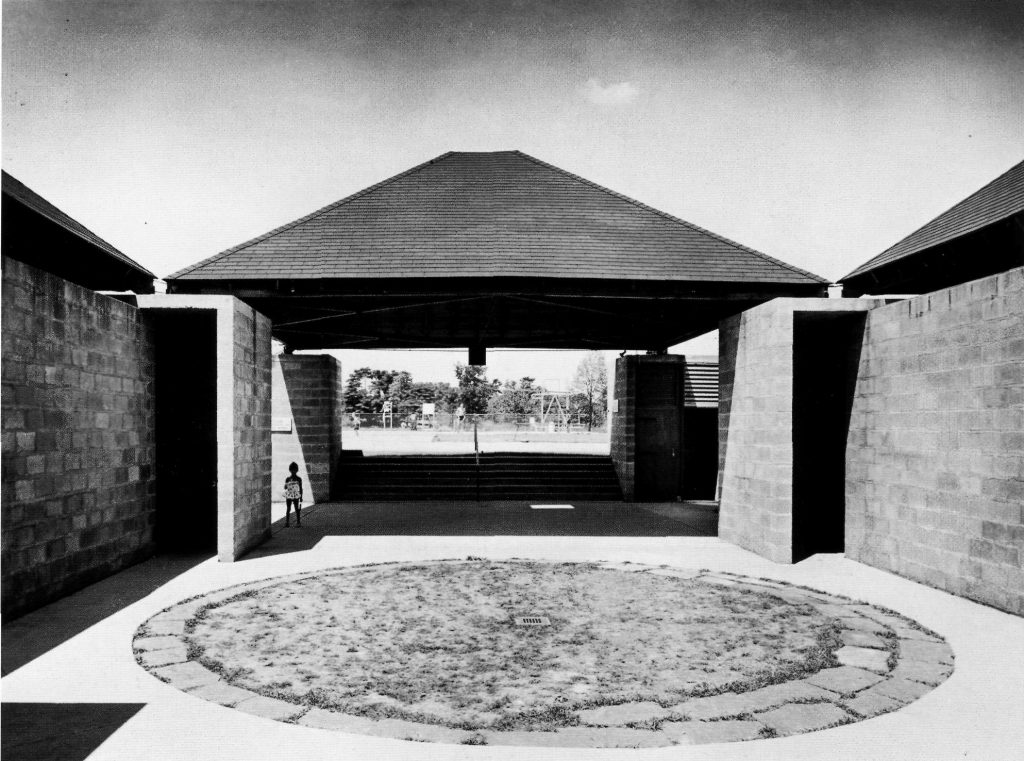 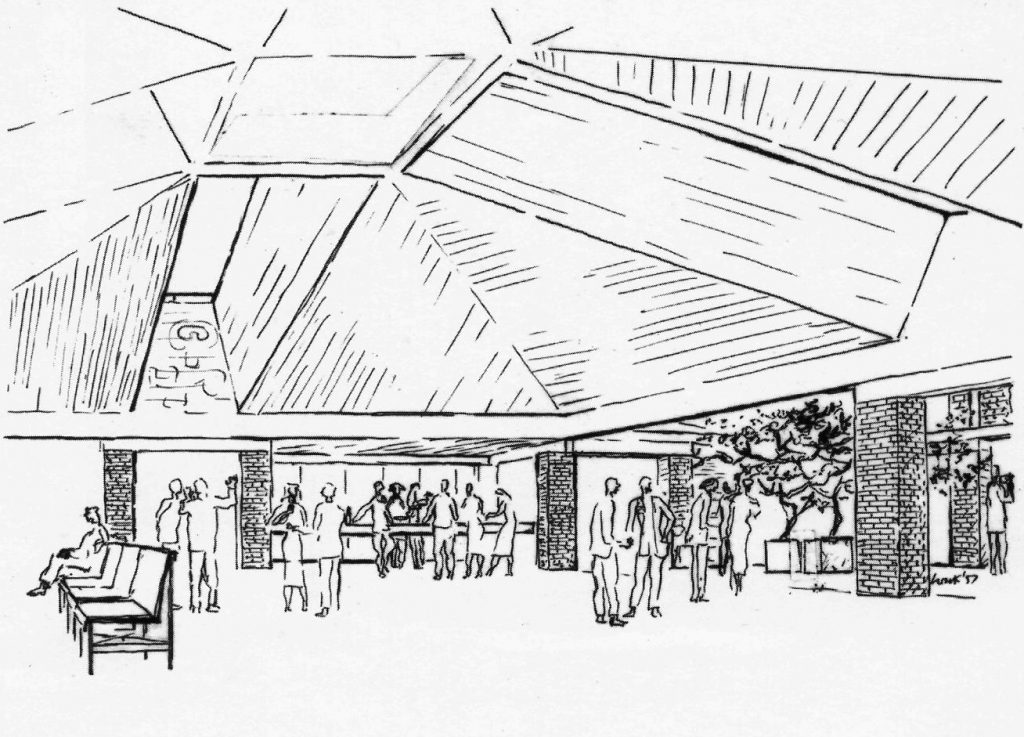 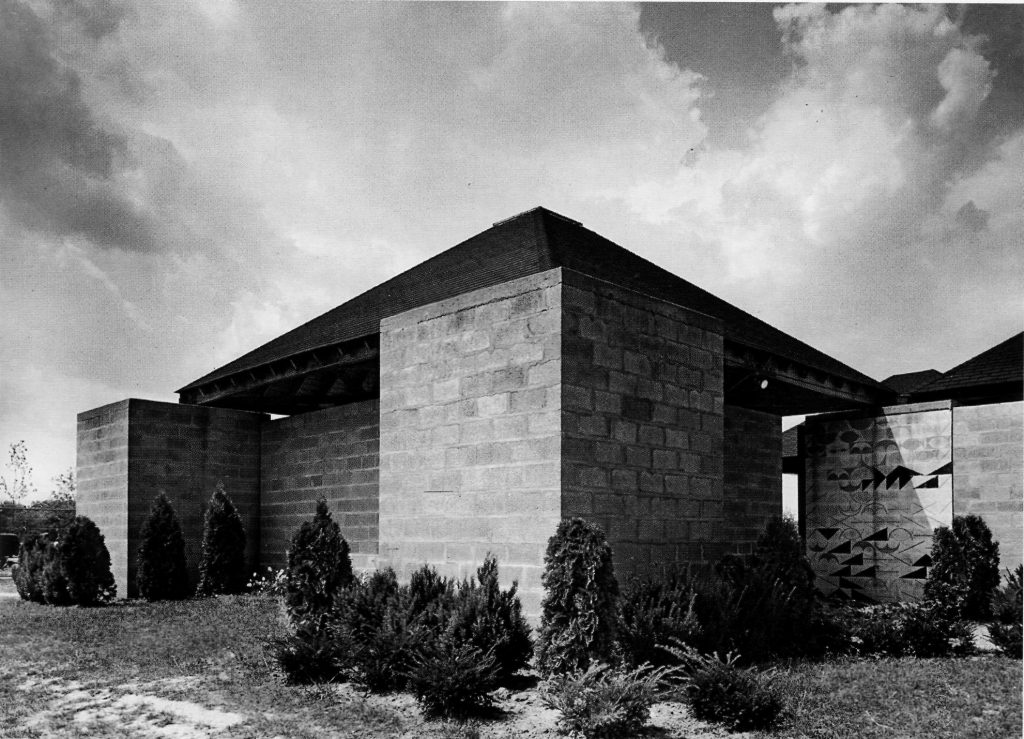