The Trump International Hotel & Tower is not as one might think a new building in its entirety. Although during the process of remodeling came to the skeleton of the building predecessor maintained the structure of the day was the Gulf & Western Building.

Built in 1969, the Gulf & Western Building was an office building that will certainly not reached the expectations that the city had about him.

For its exceptional location of any building erected on the site was destined to become a landmark for the city of New York. The solar triangular not abound in the city and the few that there have always been characterized by giving rise to unique works like the Flatiron Building.

But the office building designed by Thomas E. Stanley never achieved his goal and did not pass from being a project within the architecture of New York. If in fact drew attention within the Skyline from the west side of Central Park because of his height was a reminder of what might have been but never was.

What if it was a wise decision in this first project was the decision to cede a portion of the site as a public plaza which in turn holds today one of the entrances to the subway station of Columbus Circle.

In a later attempt to make the building was transformed, but not in image at least in use, in what should have been settled a restaurant on the top floor with fantastic views over Central Park. The business, however, never came, like the tower where he was located, to be what it should have been.

In a second attempt to revitalize the building was installed in the building the gallery of modern art when it was still a private entity. This solution also improved the situation.

Perhaps for the popular dissatisfaction that New Yorkers have toward the purchase of this building for this part of multimillionaire Donald Trump to remodel and was warmly welcomed when they finally opened their project within the deadlines set in late 1997 this was a resounding success.

The Monument to the World

In the triangular shaped plaza facing Columbus Circle Donald Trump placed a skeleton of stainless steel globe that has become an icon of this corner of Central Park. The city has taken the sculpture to the point that most visitors are unaware that in fact belongs to a private entity.

This monument is a symbol of internationalism and distinctive in the works of Trump multimillionaire who has always recognized the importance of promoting their “lewd” projects at the international level.

The exact address of the property is the number one of the Avenida Central Park West, with zip code 10023, New York.

It is located exactly on the southwest corner of Central Park as part of the vast square Columbus Circle that comprate with other internationally renowned buildings such as AOL Times Warner Center, or the Museum of Arts and Design in New York.

Given the existing structure to work with architects and designers to introduce some more stories regarding the office building to reach the 44-story today.

The new building was designed by Costas Kondylis with Philip Johnson Alan Ritchie and David Fiore as assistant designer.

The image outside the building that is given by the curtain wall that covers a whole was designed by the architect Philip Johnson.

Determined to change the image of the building to the city, leaving the project at the site it deserves and which was relegated for so many years, Johnson decided to slightly change the volume by folding the facade of the building in small triangular protuberances that run from the building ground to the roof. With this gesture not only managed to emphasize the vertical nature of the building apparently doing even higher than it actually is but also to equip the planes of the facades with numerous angles of orientation resulting in an infinite number of reflections from the point of view the observer.

The copper tone that was used to ink the windows and see who is left depending on the angle of incidence of light on the facade have become a timeless piece.

The mixed-use building containing restaurants, a hotel and private properties.

Entrances to the hotel and private properties are separate. Both levels slightly elevated over the street and dramatically illuminated golden already anticipated from the entry level luxury interior.

A total of 168 hotel rooms and 166 apartments that make up the tower. The latter starting on the 23rd floor and being the last 5-story penthouse, but no terrace.

The first two floors are dedicated to the hotel’s restaurant, but this is also open to the public.

The building has other with its own parking, spa, swimming pool and solarium.

There are 168 condo hotel units and 166 apartments. The latter start at the 23rd floor and the top five floors of the 52-story structure are “penthouses,” albeit without terraces. The building has Doorman and concierge, of course, as well as room service, garage with valet parking, maid service and a health club, pool and sundeck.

It was retained the existing steel structure, although only in its vertical sections were modified since the height of the flats are made of reinforced concrete in situ.

The steel and reinforced concrete forming the structure while the tinted glass in copper tone gives the image outside the project. 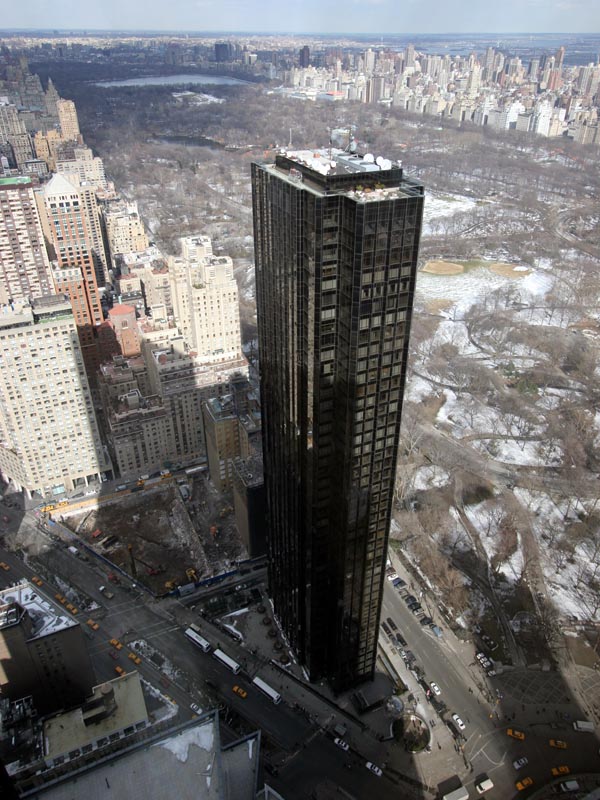 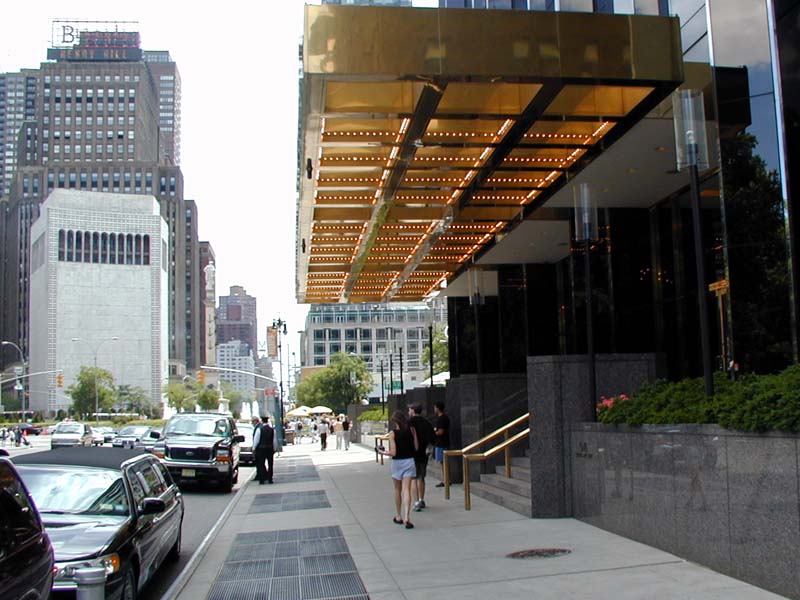 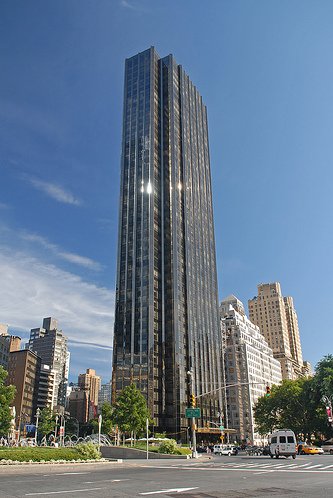 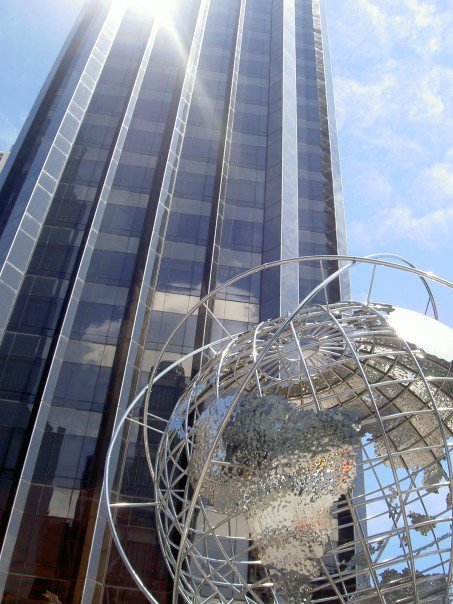 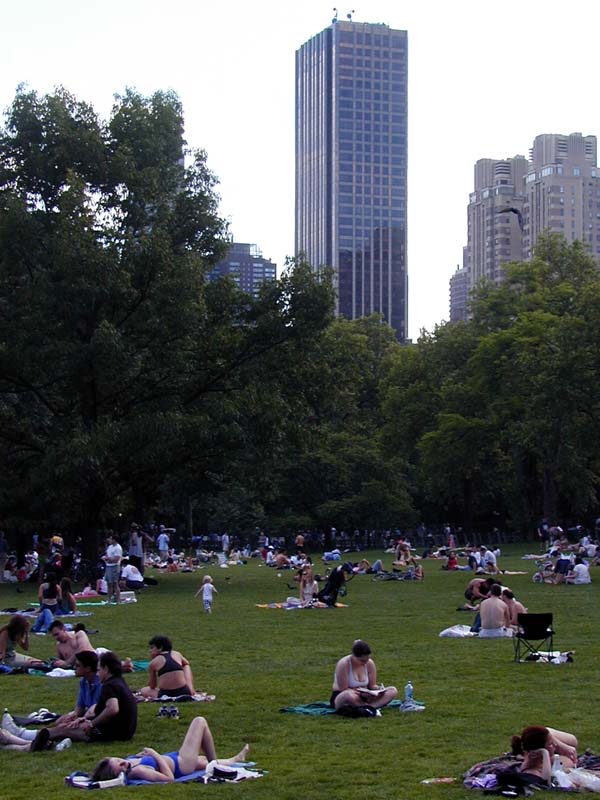 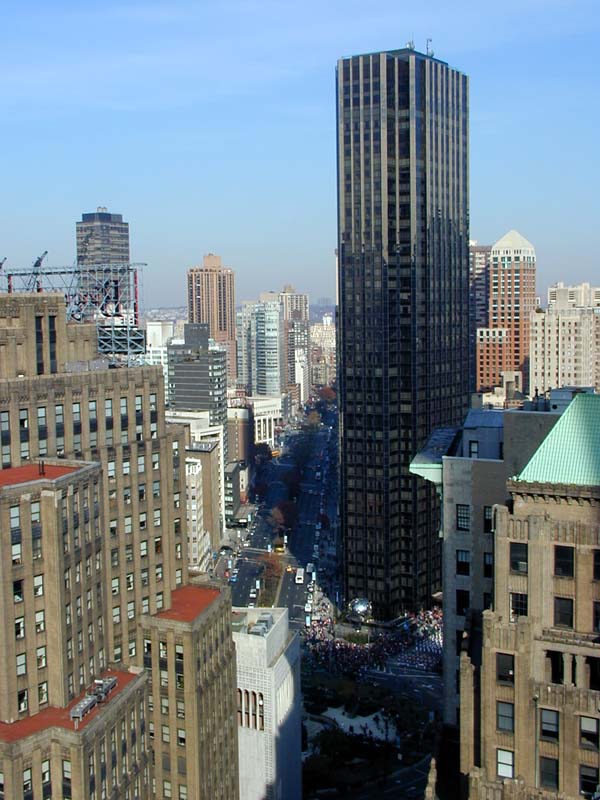 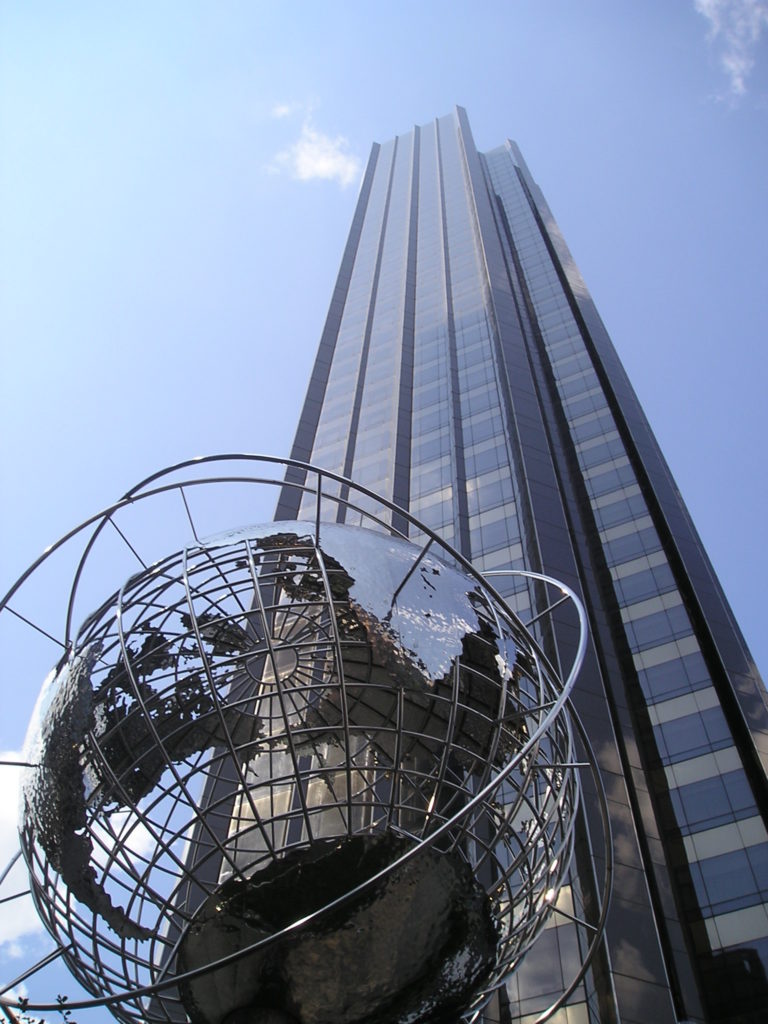 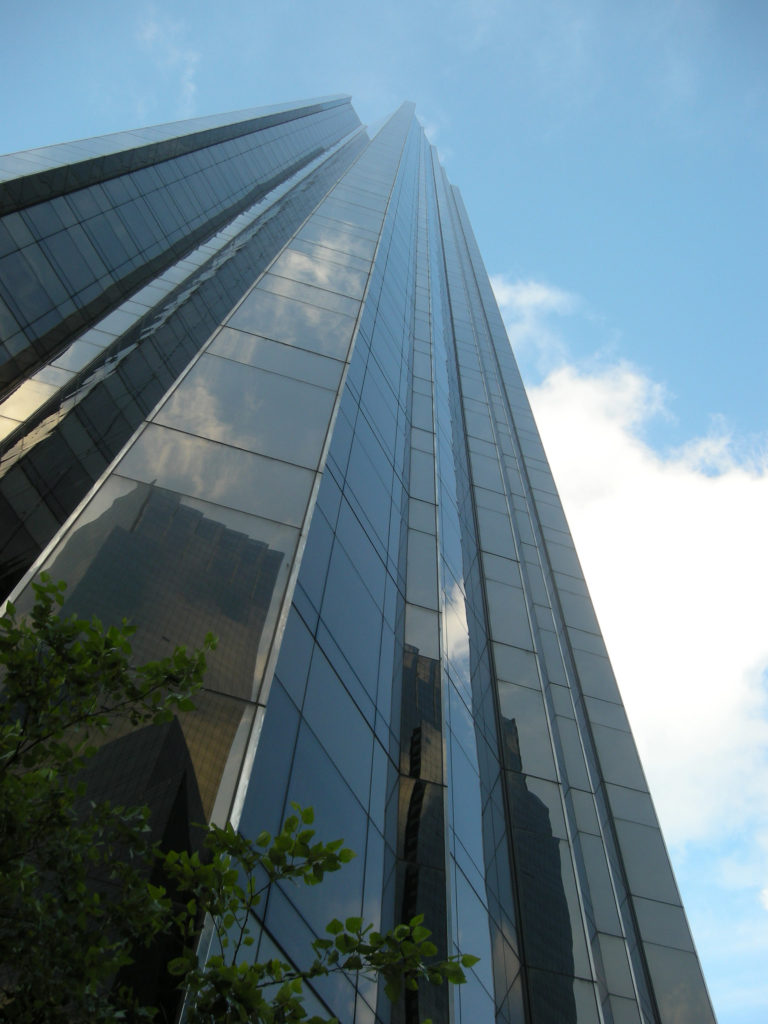 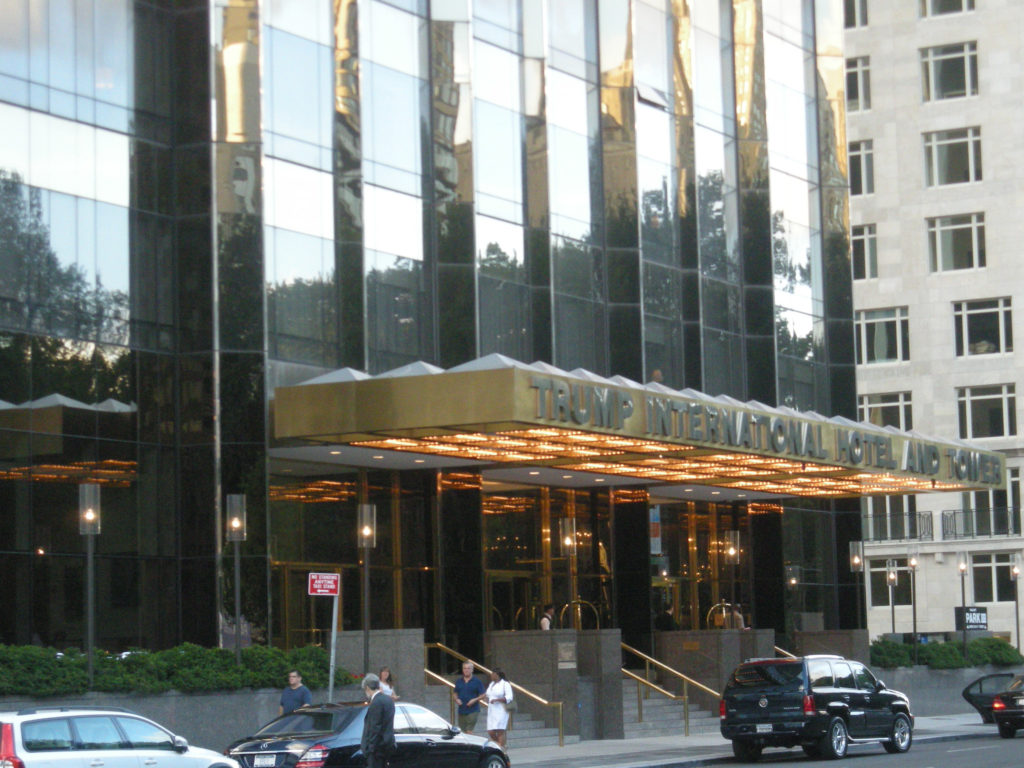 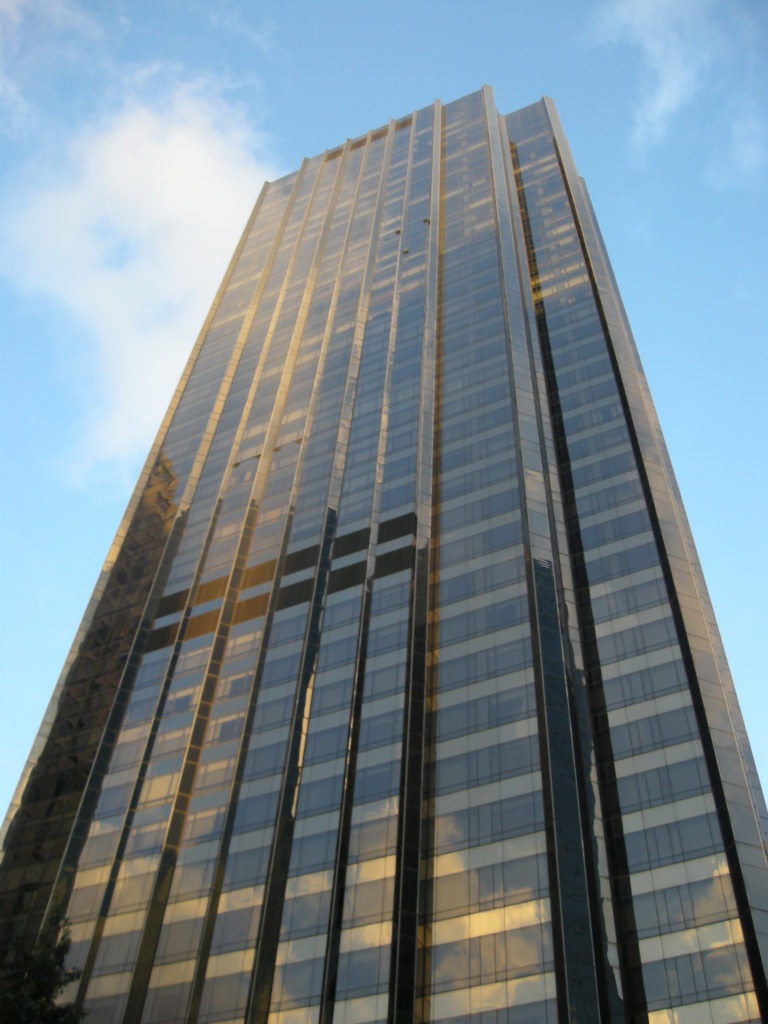 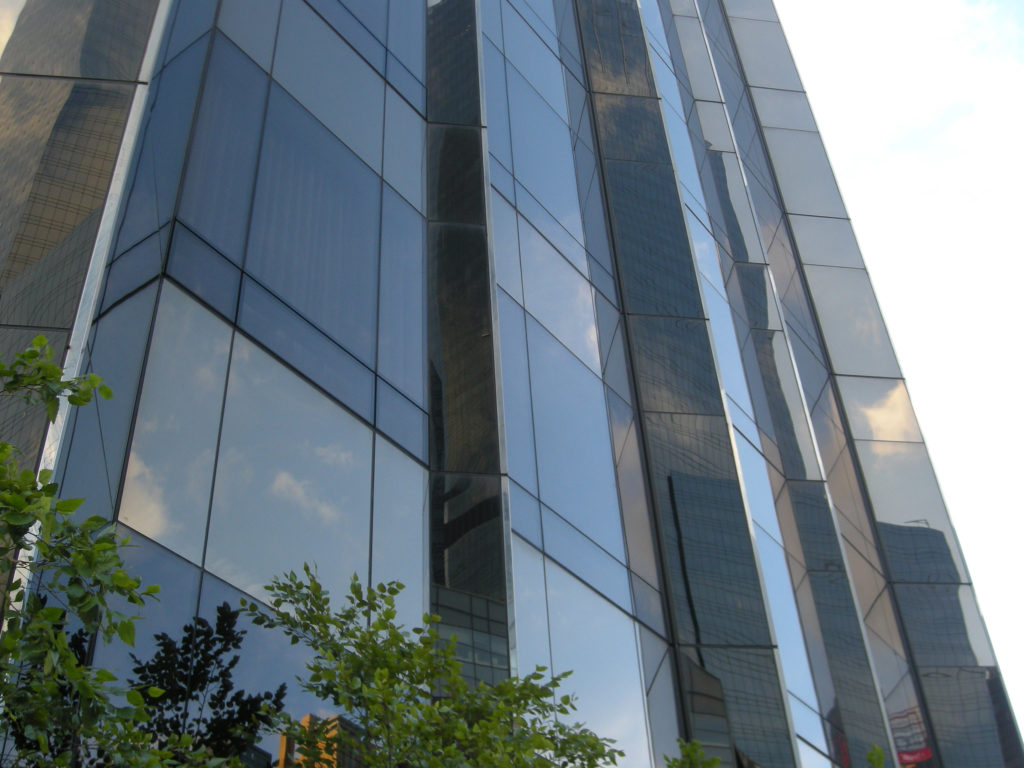 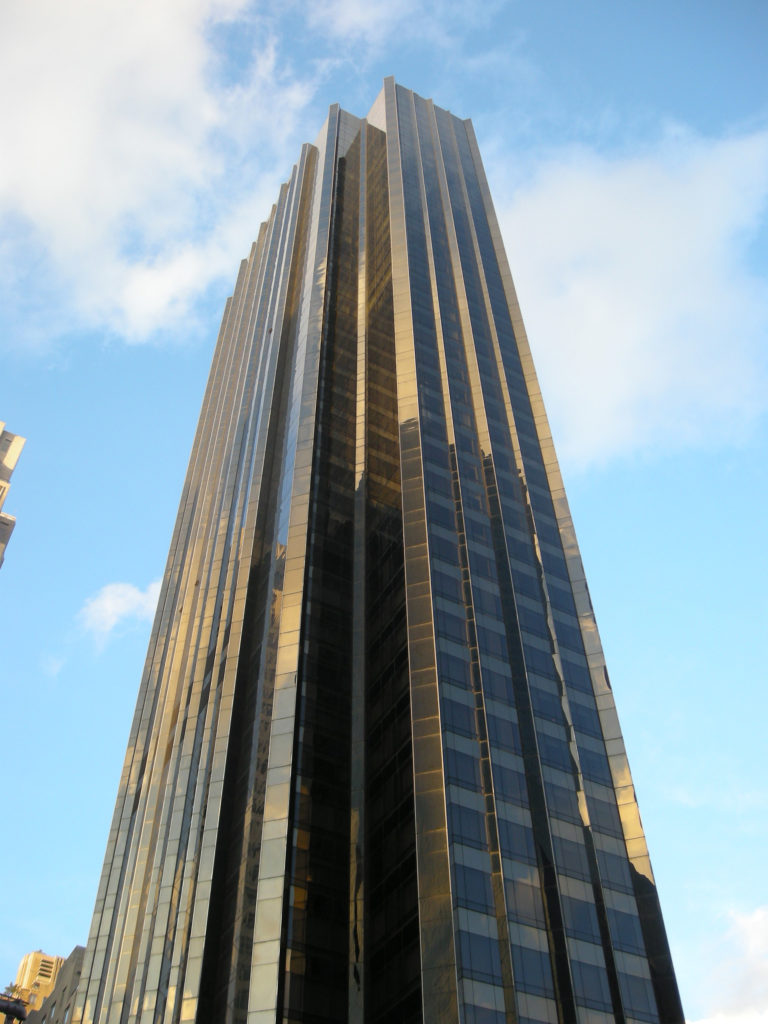 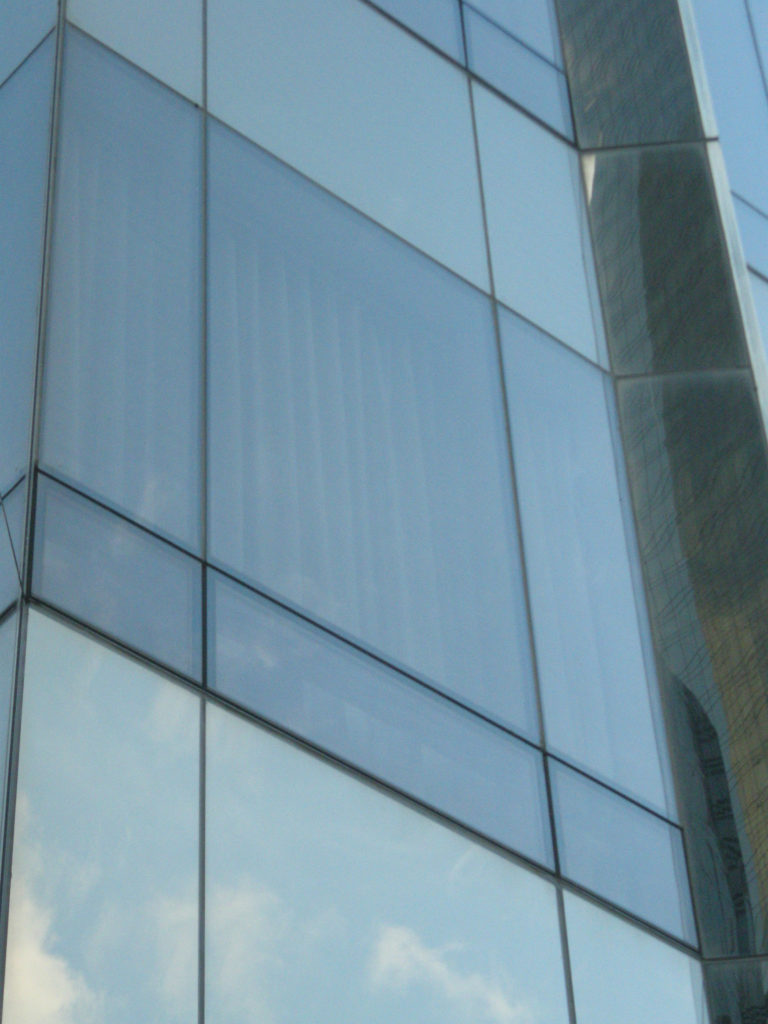 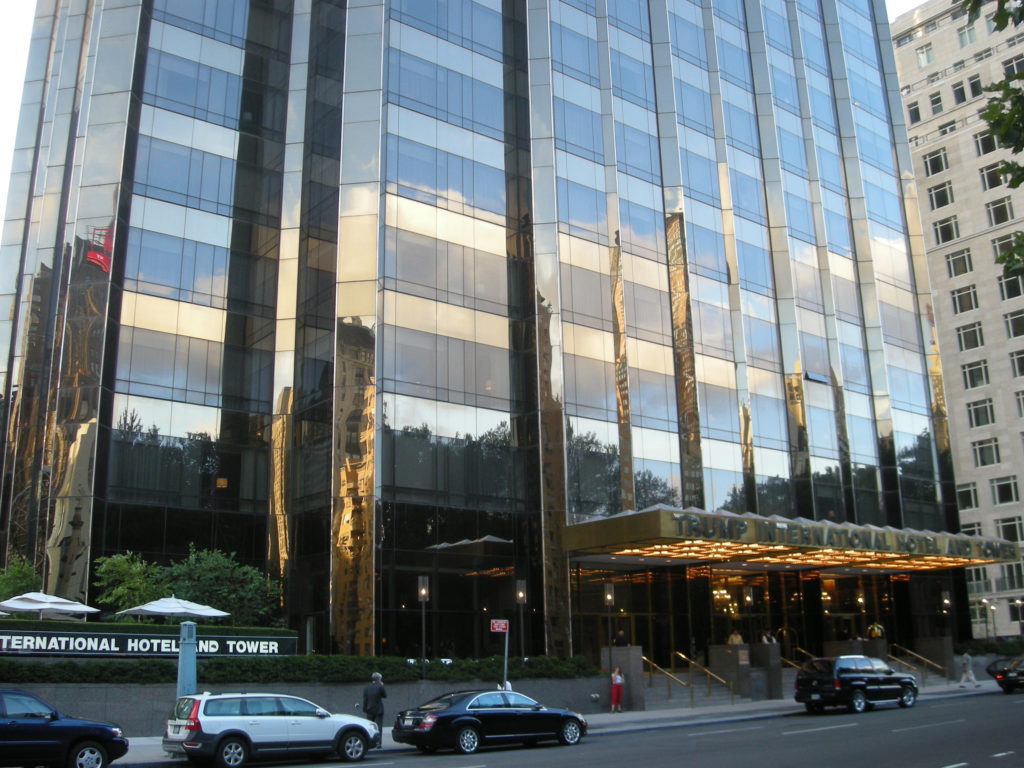 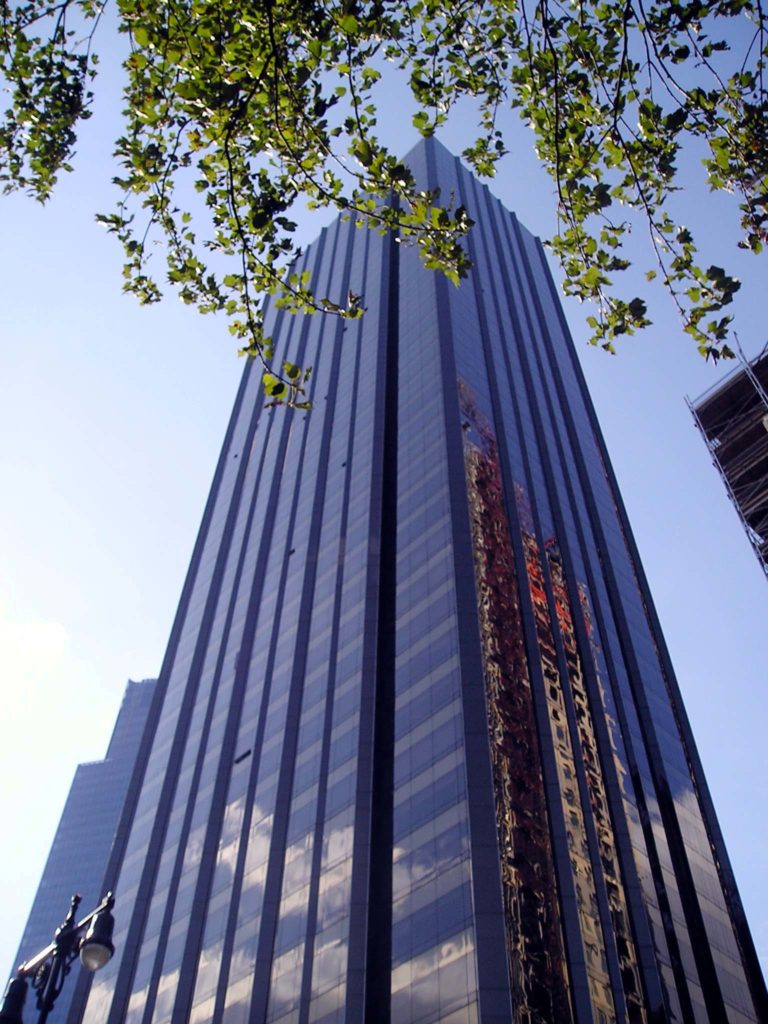 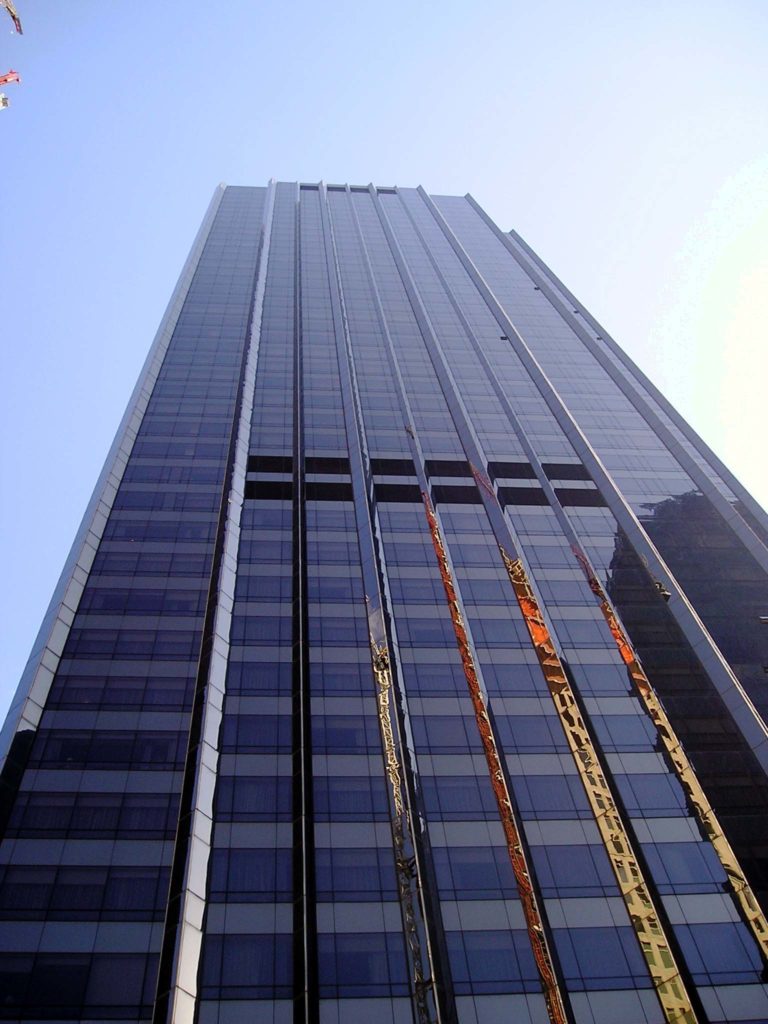 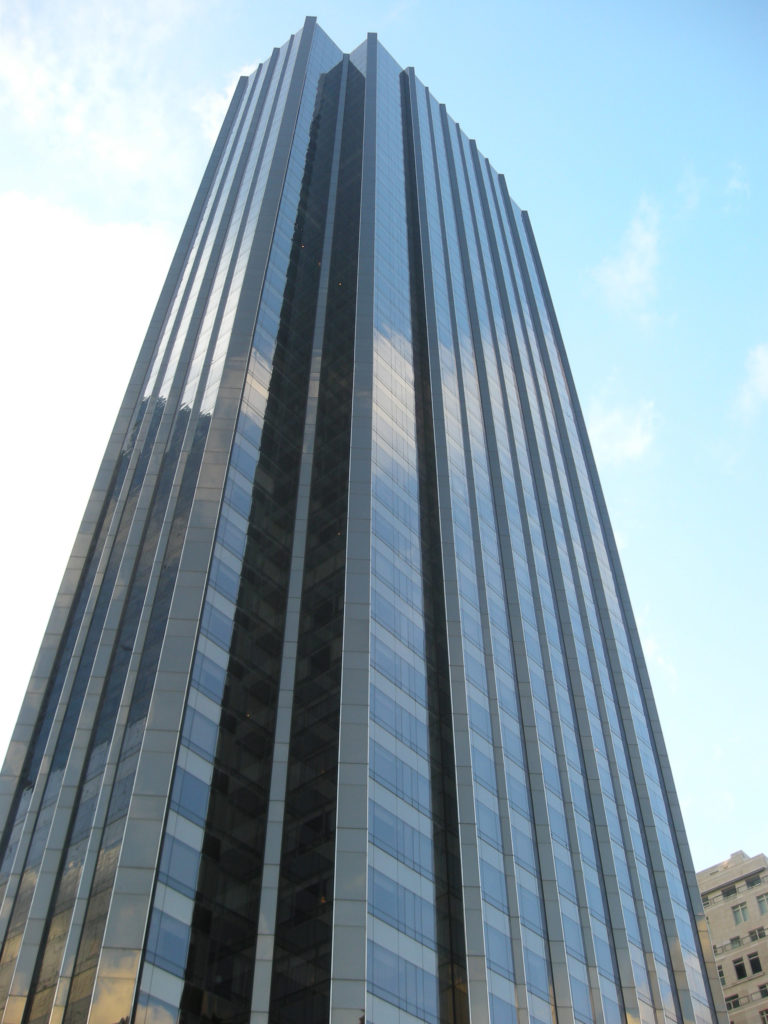 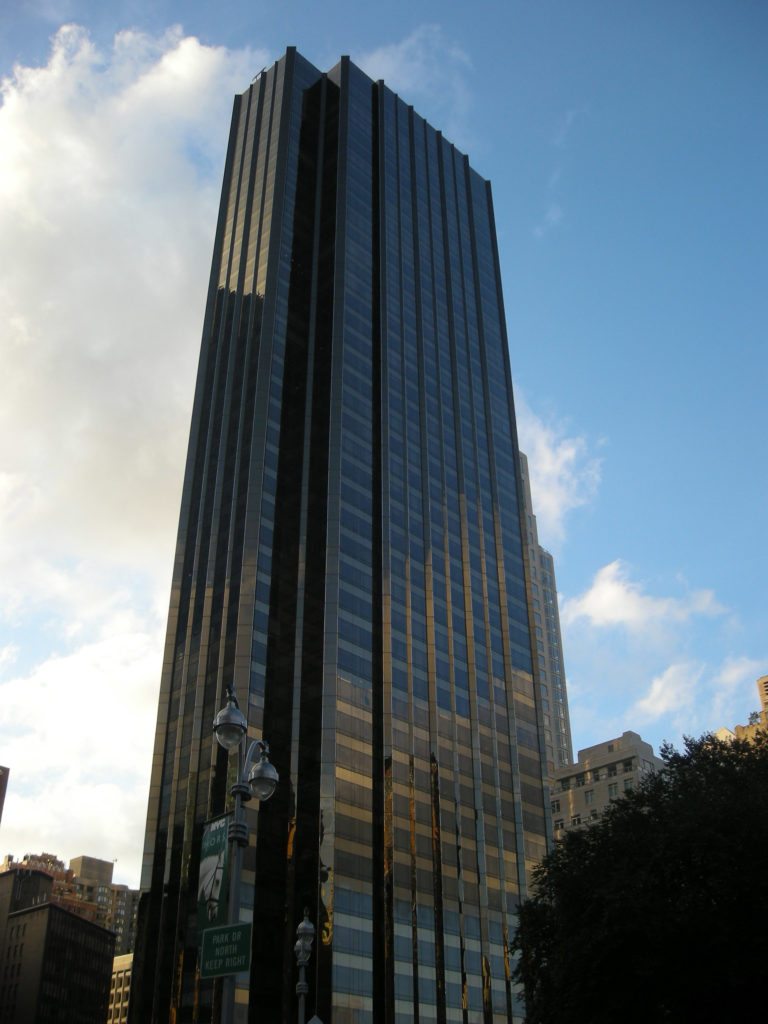 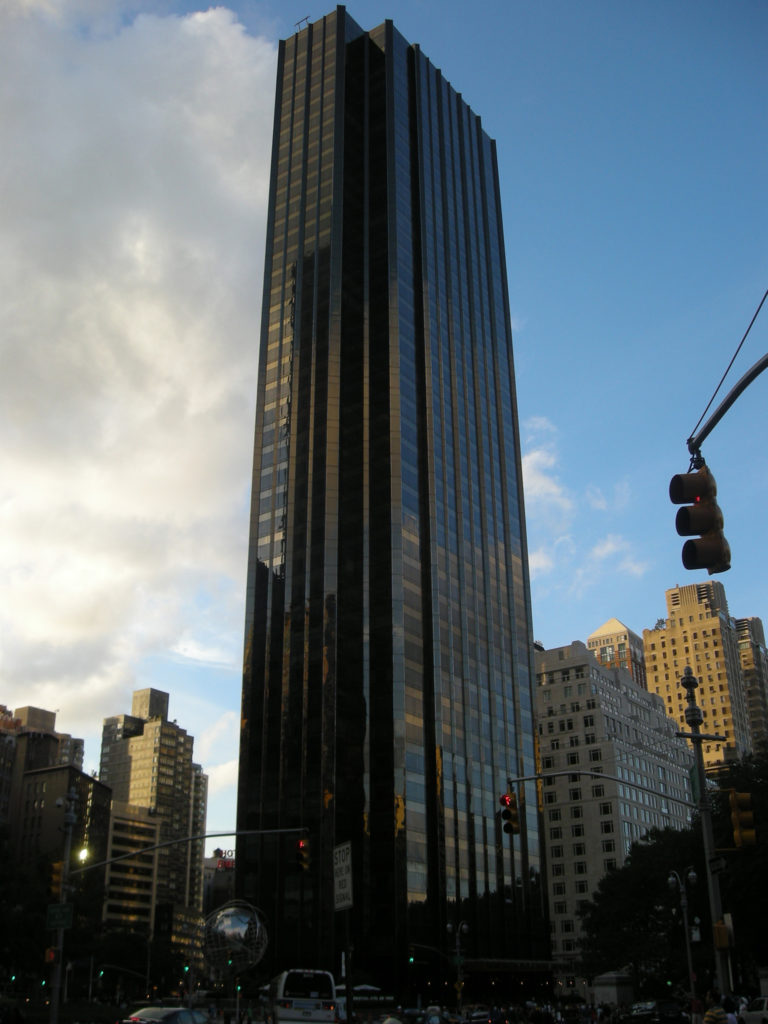 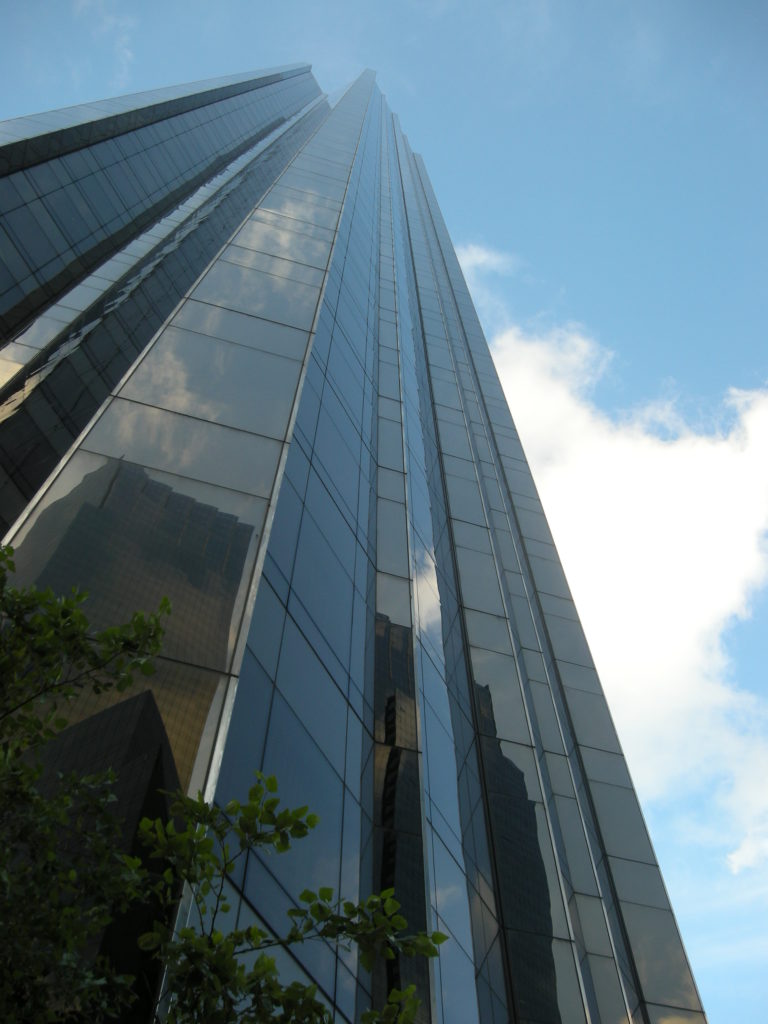 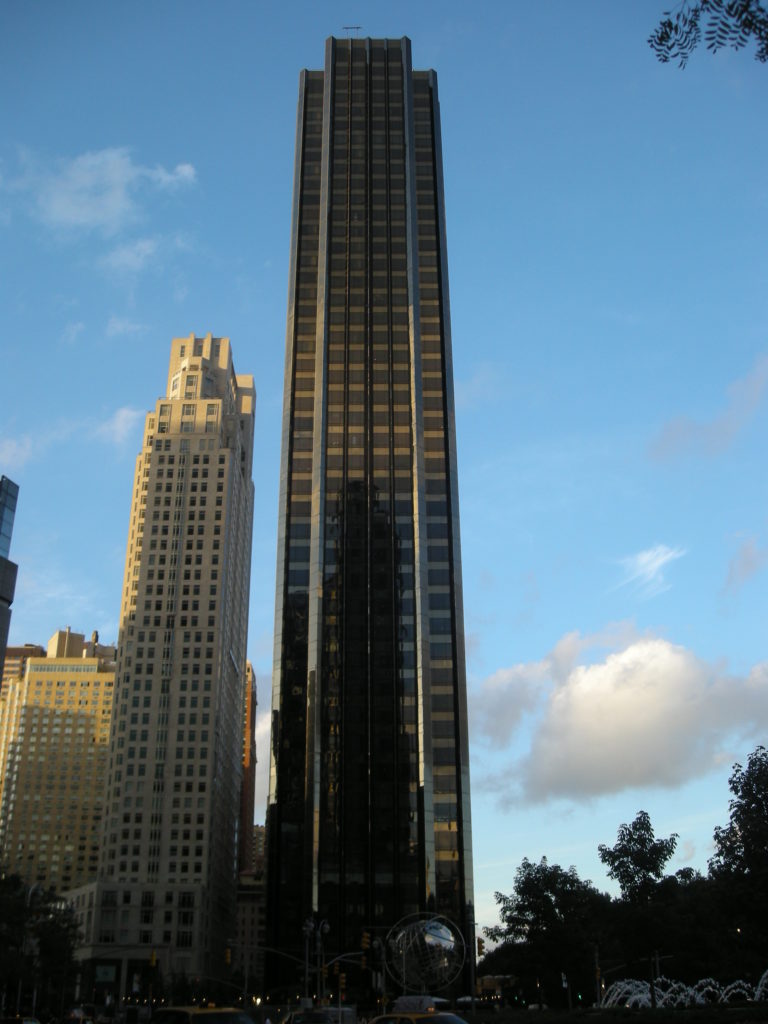