Radiofónica Shukhov Tower, also known as Tower Shabolovka, is one of the best known works of Russian engineer Vladimir Grigoryevich Shukhov, built according to your project and under his direction in the period 1920-1922, during the Russian Civil War, has achieved great reputation and is recognized as one of the most beautiful and prominent achievements of engineering thought, a masterpiece in the art.

The structure of hyperbolic geometry, invented by engineer in 1896, when he built a water tower of 37 meters for the Russian Exhibition in Nizhny Novgorod, revolutionized architecture. Years later, famous architects such as Antonio Gaudí, Le Corbusier u Oscar Niemeyer used hyperboloid structures in your creative works. The authors of modern latticed structures are Frei Otto, Norman Foster,Frank Gehry or Santiago Calatrava.

The uniqueness of the construction consists of horizontal circular sections connected by steel girders placed in straight angle to the vertical tower, creating a hyperbolic rotation. This technique resembles steal torque, which creates additional resistance. However, the torque was about horizontal rings and this helped to achieve vertical stability. The invention was ingeniously simple.

A 6-meter gold model was placed in the exhibition ” The best constructions and buildings of the twentieth century architecture ” in Múnich in 2003. The international scientific conference ” Heritage at Risk. Preservation of twentieth century architecture and world heritage ” held in Moscú in April 2006 with the participation of 170 specialists from 30 countries the world, recognized the Shukhov Tower as objects of world heritage.

The tower is located a few miles south of the Kremlin, in Moscú, Rusia, although it is not accessible to tourists. The mailing address of the tower is “Shabolovskaya Street, 37″, hence the informal name of the tower ” Shabolovka, 37″.

Among the most elegant inventions are designed by Shukhov metal louvers. The typical structure of the tower, 160mm in height, is formed by a truss framework in the form of a hyperboloid with a single cavity of rotation, the first hyperboloid structure of the world. Its construction was carried out by the method telescopic without scaffolding or lifting.

Shukhov was the first engineer to invent and use in construction of steel trusses, roofing shaped ceiling pendant in the form of arch and hyperboloid towers. Thanks to its network structure, the steel shell of Shukhov Tower in Shabolovka experiences minimum wind load, which is the main danger for high-rise buildings.

The tower sections are single- cavity hyperboloids of rotation made ​​of straight beams, supported ending with circular bases. The steel structure combines strength and lightness draft : they spent three times less metal in the construction of the Shukhov Tower in the Torre Eiffel in Paris.

The hull round conical tower consists of 6 sections with a height of 25 meters each, with a subtle curvature despite being made ​​only with straight bands. The lower section is mounted on a concrete base with a diameter of 40 meters and a depth of 3 meters. The upper sections are mounted on the bottom inside the shift and with the aid of pulleys and winches which helped lift one over the other. The metal structure reaches a height of 148m to 12m are added transmit antennas.

Each segment is sealed by a circular ring. The open lattice saves weight and reduces stress caused by the wind, the main problem for tall slender structures. Moreover, as the tower is hollow, Shukhov managed to build each successive layer on the floor, inside the cage, or scaffolds without external aids to lift different levels, saving time and materials.

According to the initial project, the Shukhov Tower with a height of 350 meters had an estimated mass of only 2,200 tons, while the Torre Eiffel in Paris Same height weighs 7,300 tons. However, in its construction, during the Russian Civil War, the government could not find enough steel profiles for the first project of the tower. Shukhov had to develop a second project with a structure height of 148.5 meters. Later, after the installation of two beams and a pole, the height of the tower reached 160 meters.

Hyperbolic structures have a negative Gaussian curvature, which means that curve inward instead of outward or be straight. As doubly ruled surfaces can be performed with a mesh of straight beams, therefore, are easier to construct and are stronger than the curved surfaces should have no failure and must be constructed with curved beams.
Hyperboloid structures offer greater stability against external forces constructions straight but often create large amounts of unusable surface, low efficiency of space, being for this reason used mostly in structures such as water towers (to support a large mass ), cooling towers and for aesthetic purposes. 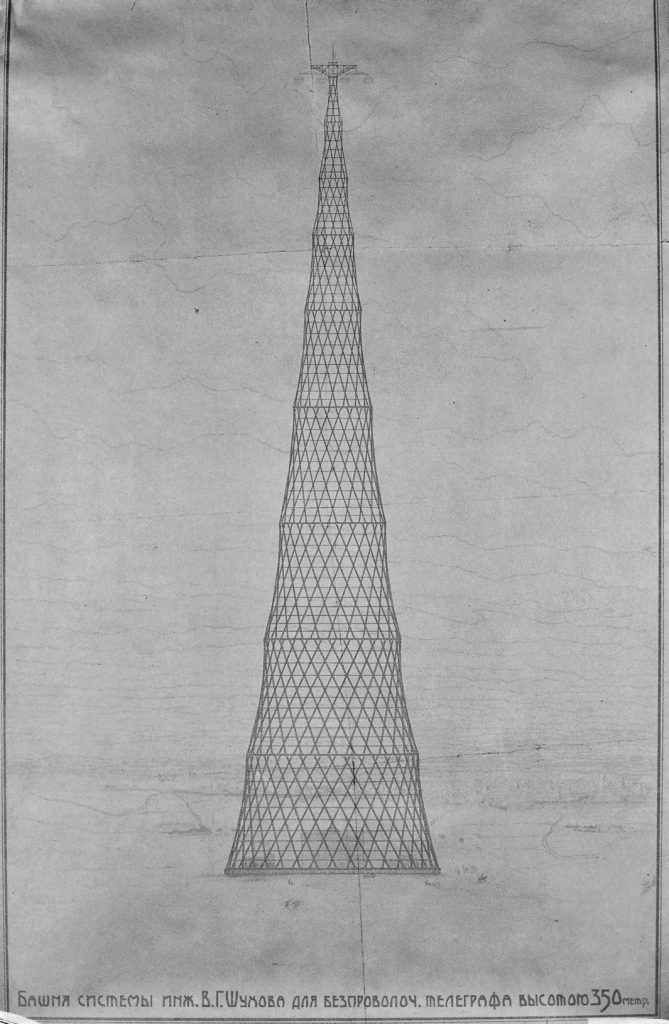 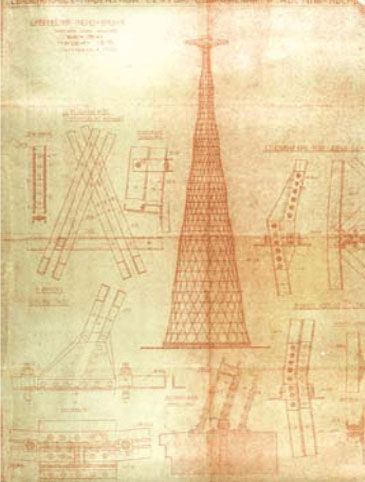 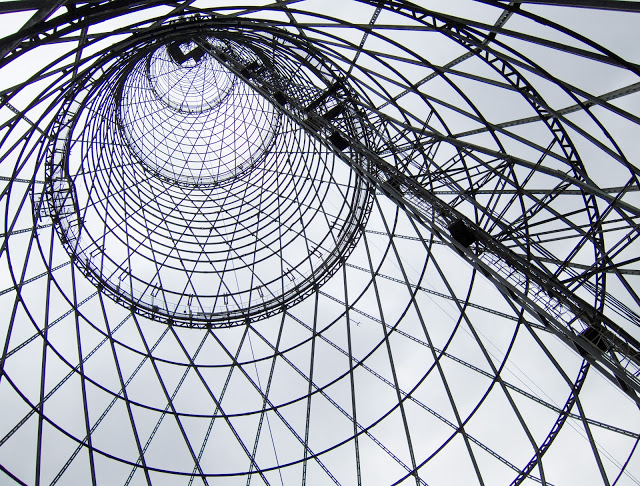 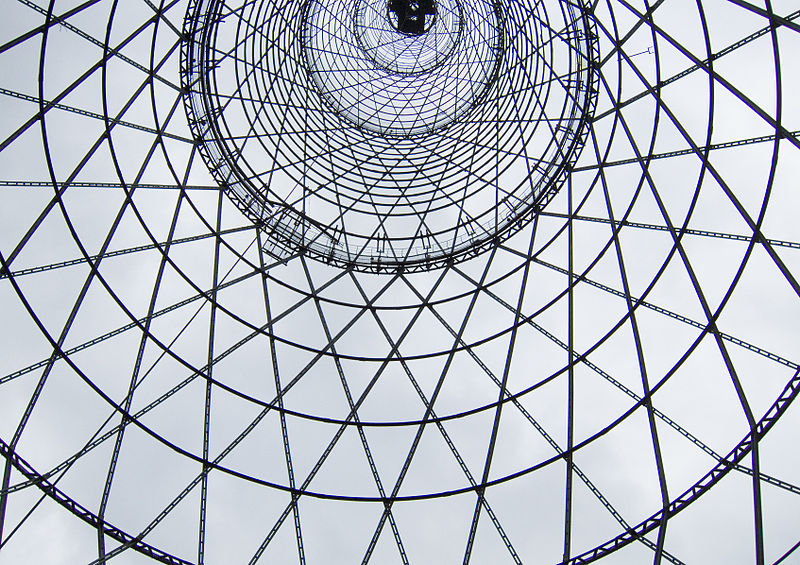 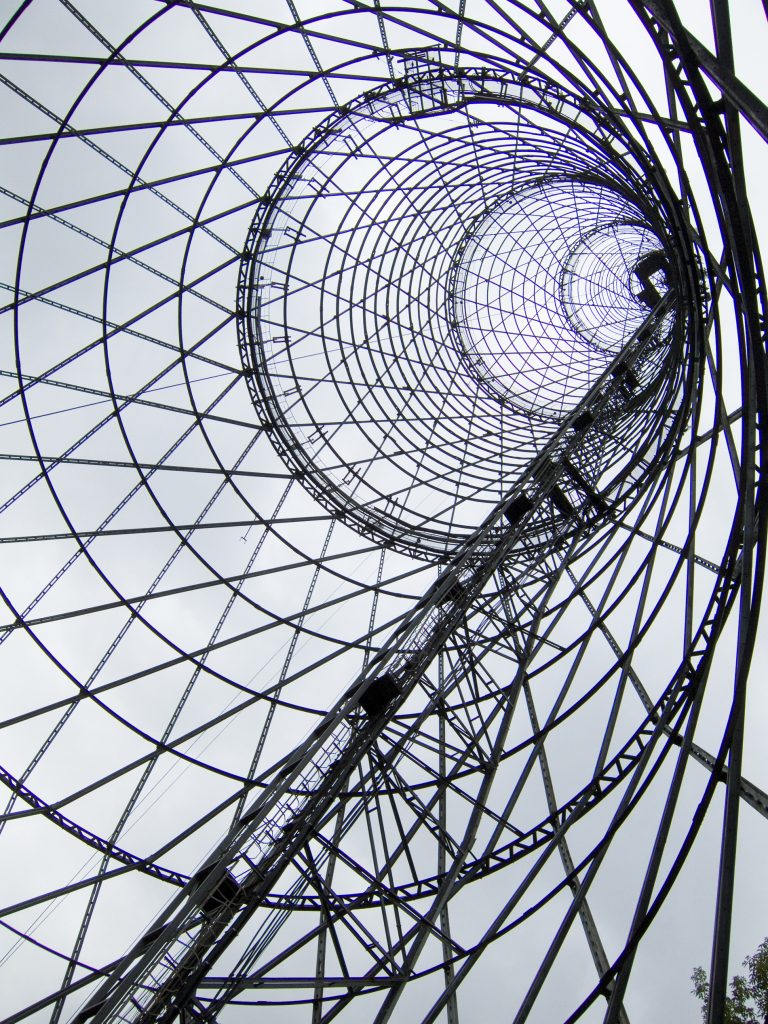 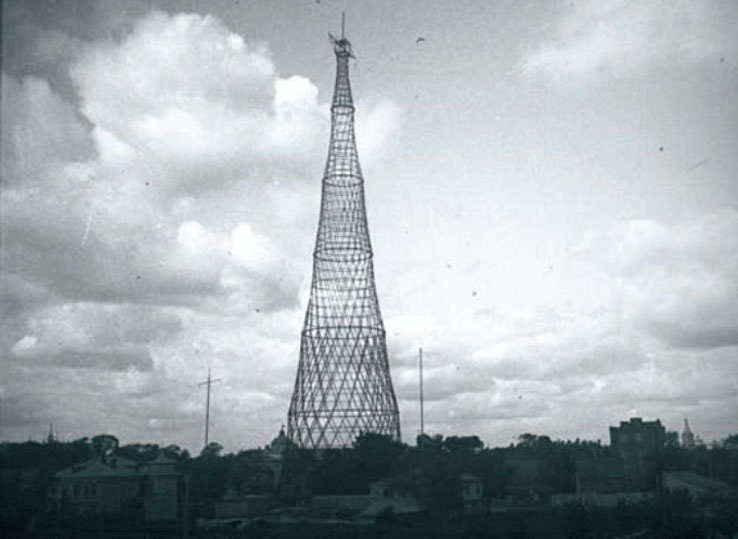 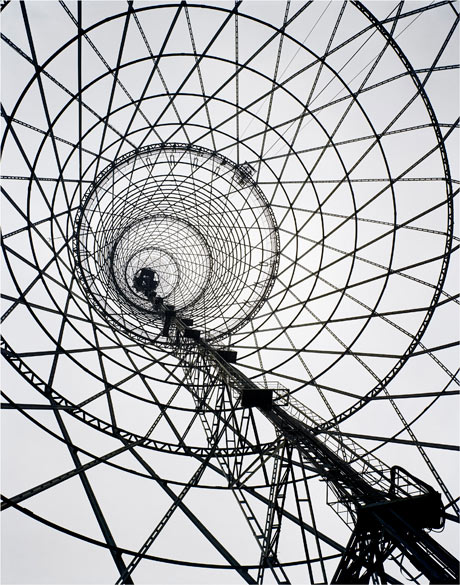 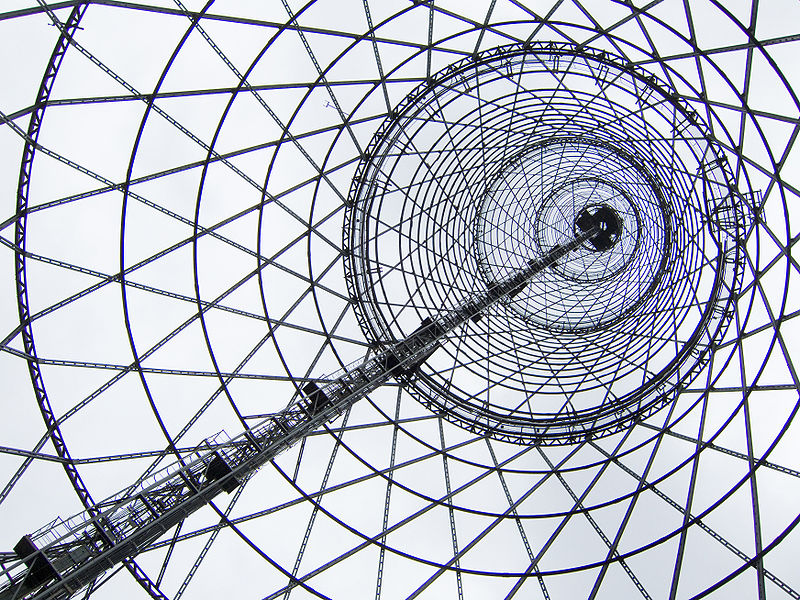 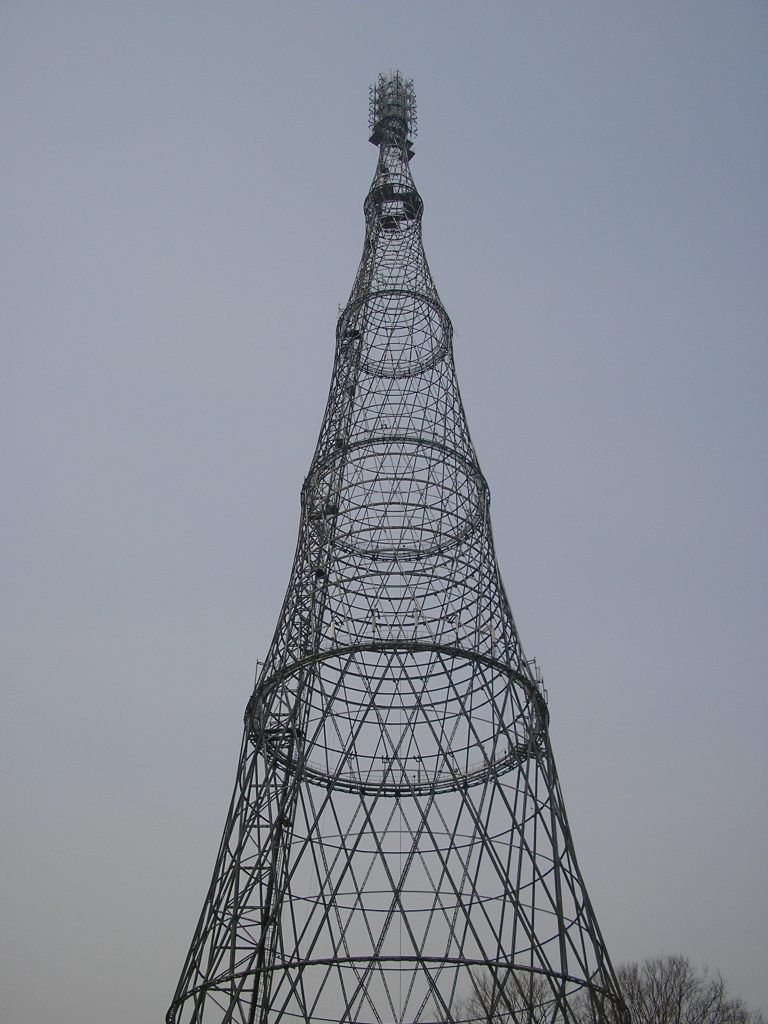 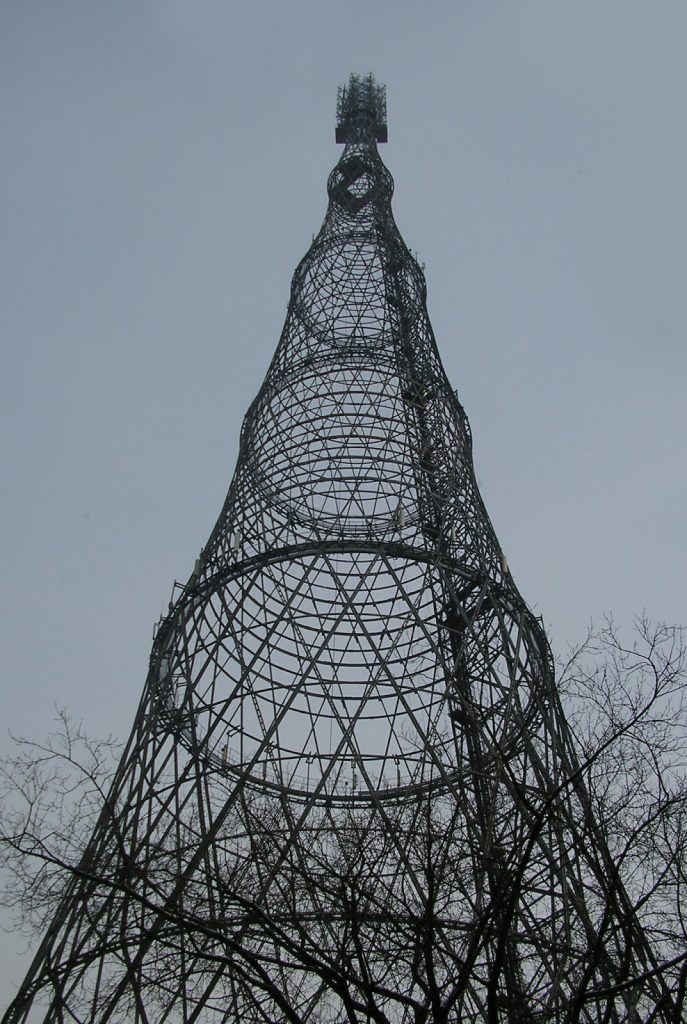 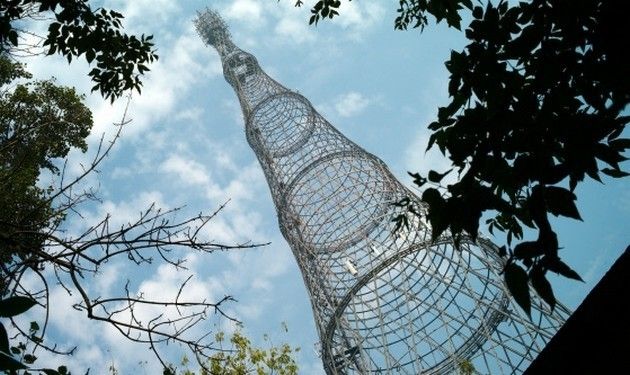 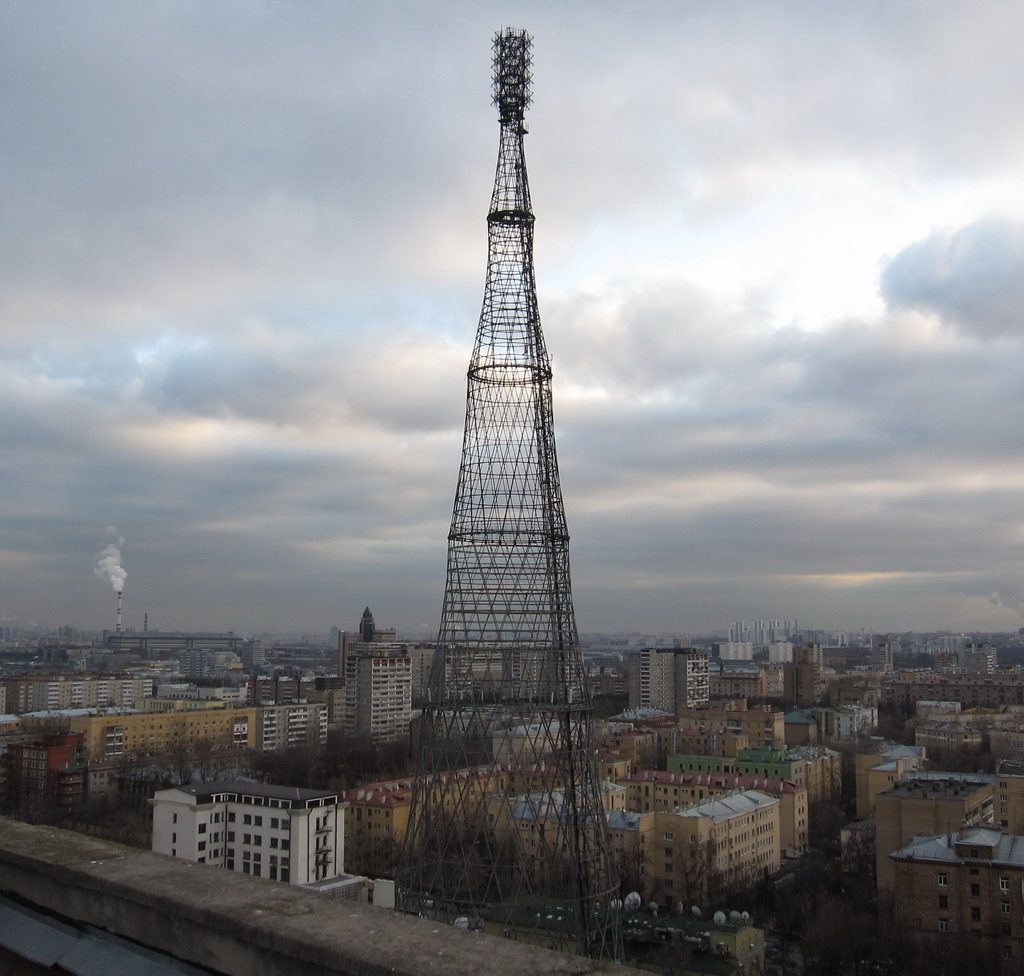 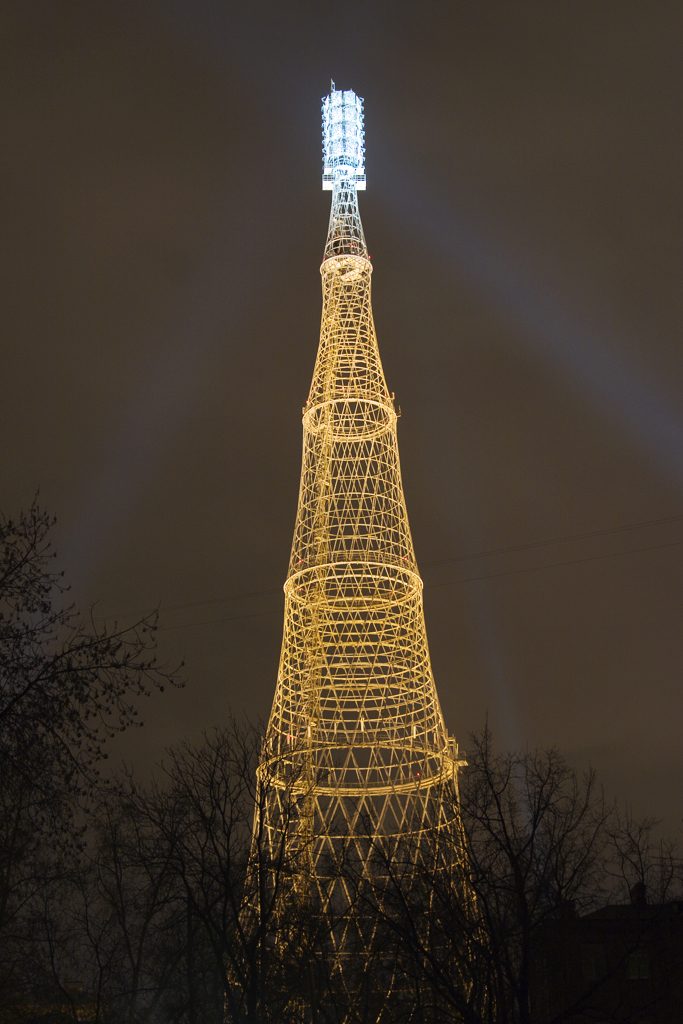 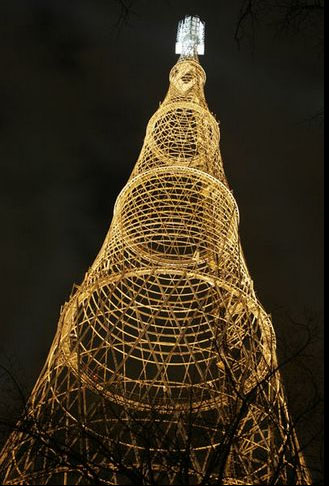 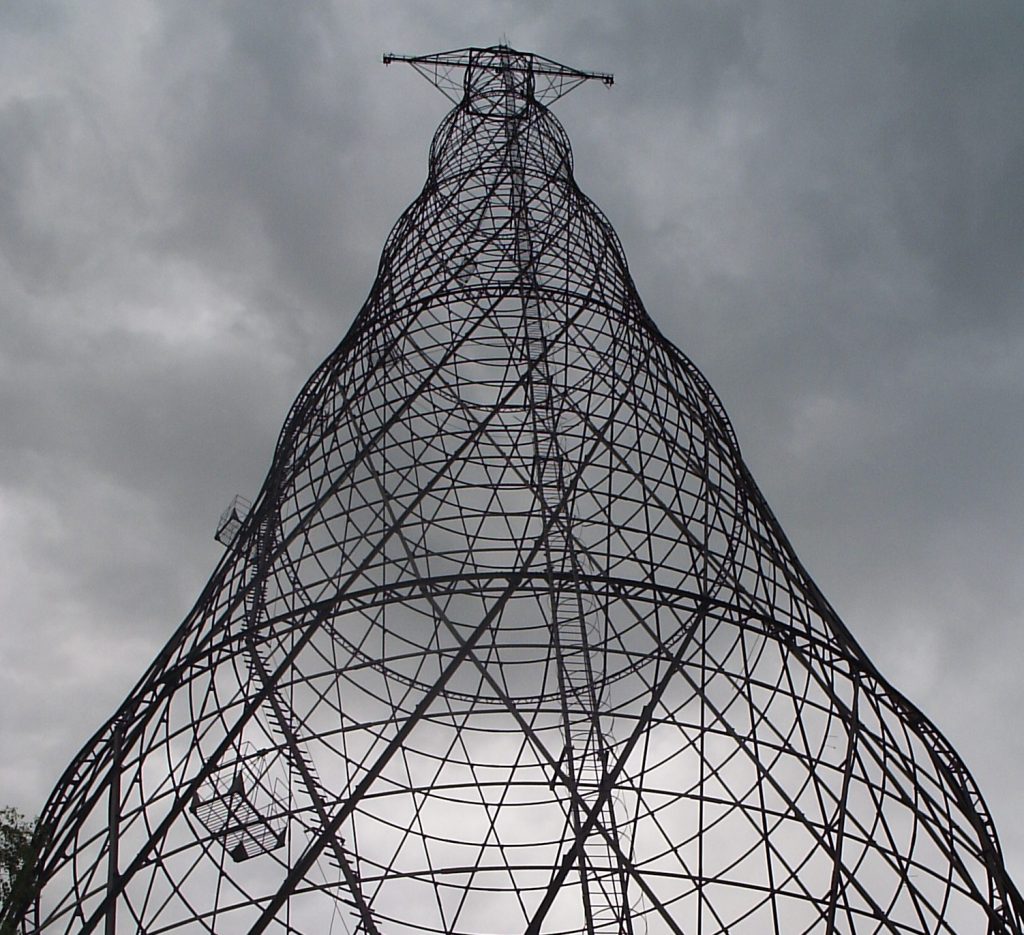 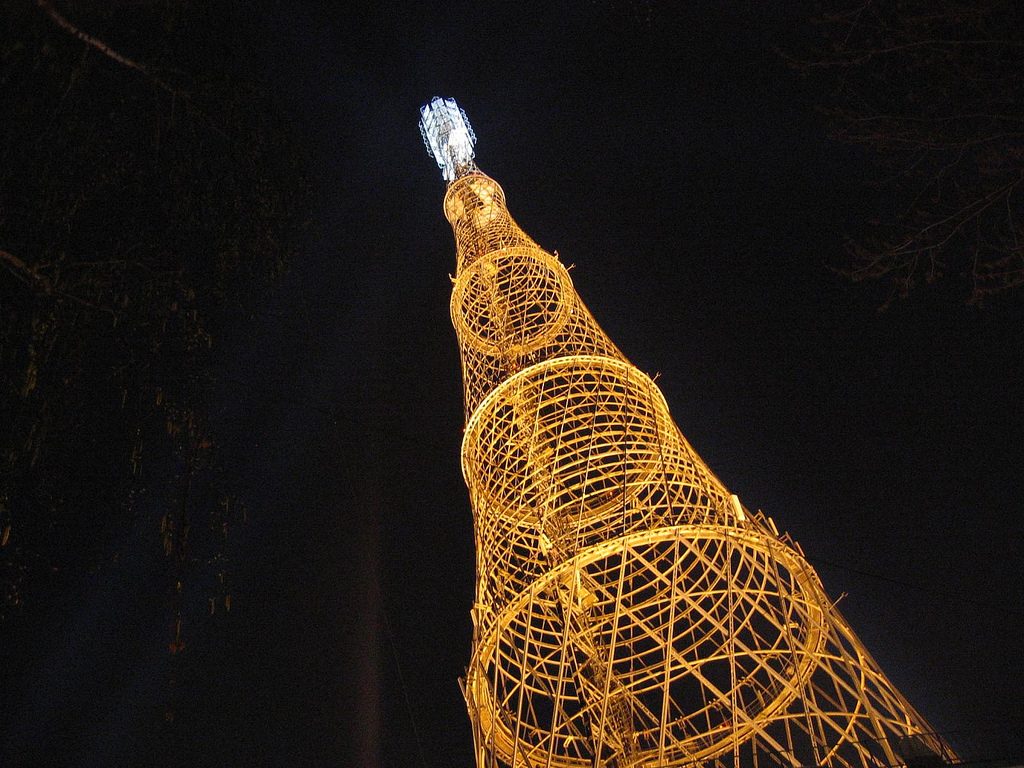 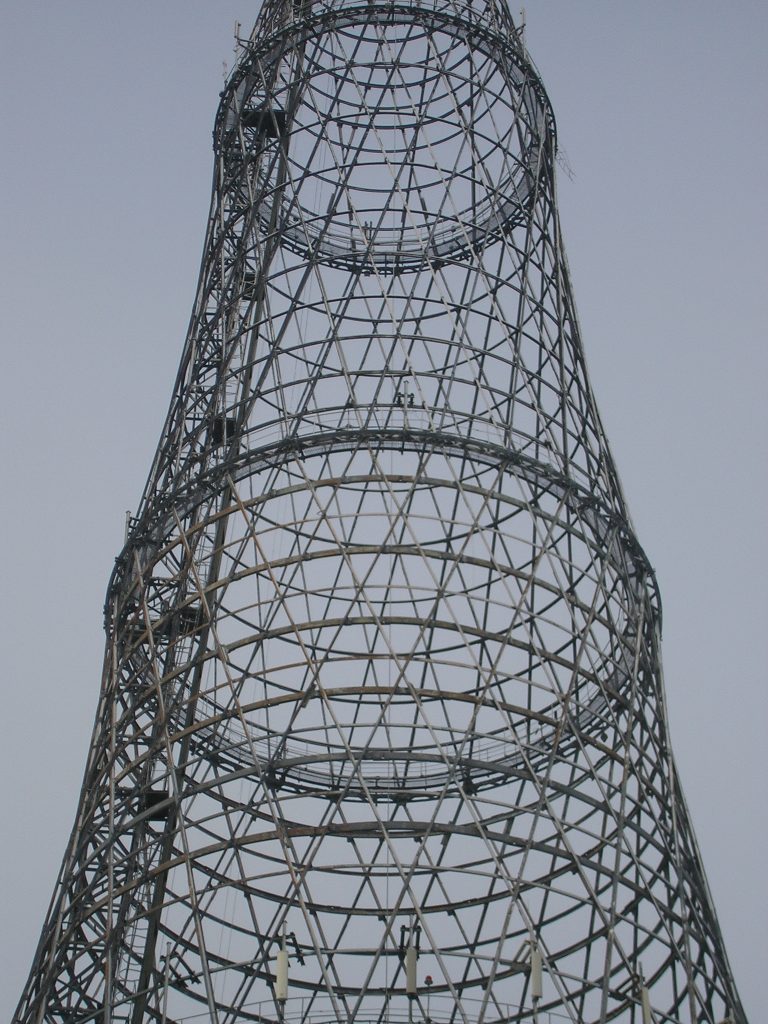 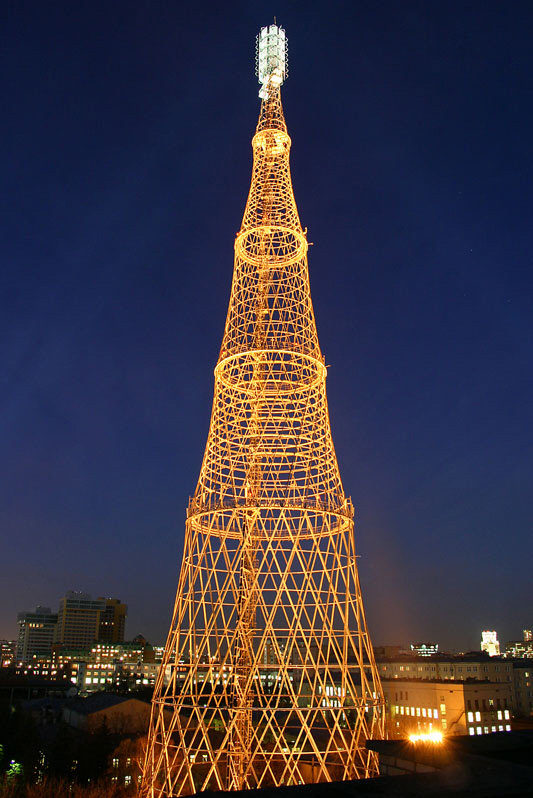 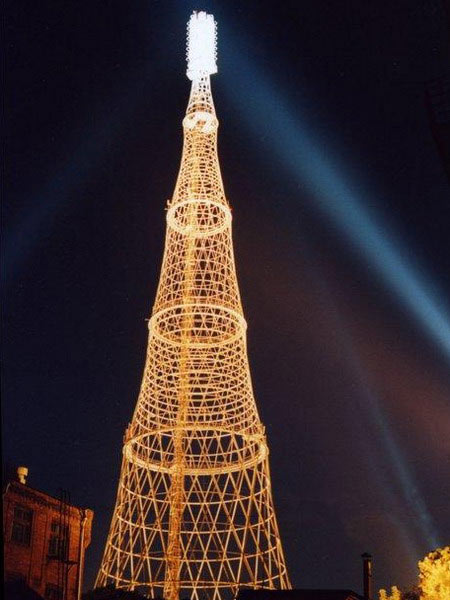 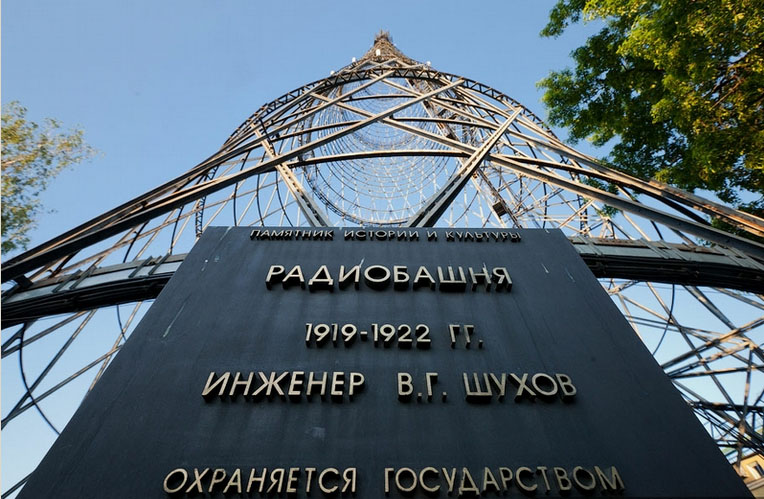