The building was built in 1992, due to the Olympics as well as the neighboring Hotel Arts. They became one of the emblems of urban redevelopment in the city motivated by the celebration of the Olympics. The assembly formed by the two towers complete with monumental sculpture the Peix d’or (gold fish) by Frank Gehry. Behind the gardens are in Atlanta, which highlights the Can Folch fireplace, which remains as a reminder of the industrial past of the area, and a group of ellipse-shaped buildings, designed by the architectural team Martorell, Bohigas, Mackay and Puigdomènech, the urban complex which includes the towers. The architects who designed the Torre MAPFRE is Inigo Ortiz and Enrique de Leon.

This skyscraper became the 2nd highest mountain in Spain, behind the Picasso Tower in Madrid until he reached the Hotel Bali, located in Benidorm, which became the tallest skyscraper in Spain and Europe’s tallest hotel West. Will gradually losing positions, and presumably will remain below the tenth position after 2010, when trading in new high rise construction projects in Bilbao, Sevilla, Madrid, Benidorm, Malaga… However, it will remain the highest in Barcelona, since no projects are planned as of those dates.

The windows of skyscrapers reflect the soil, which takes on the appearance of a gigantic mirror. On the ground floor is a shopping mall. As its name suggests, the tower is largely occupied by the offices of MAPFRE, one of the largest insurance companies in Spain, but also houses offices of other companies.

Located in Calle Marina 16-18 on the seafront of Barcelona, in full Olímpca Villa, near the historic city center, Gothic Quarter, Cathedral, Picasso Museum, etc., to which can be reached using the metro, bus or private transport.

It also offers easy access to routes of entry and exit from the city by the Ronda Litoral, either way the port or airport or at the direction of the Costa Brava.

The facades of the tower break the linearity characteristic of a building in height, having these alternating tilt change of glasses and opaque parts, thus securing the mirror effect in the tilted toward the ground, which gives continuous movement and a wide angle of shadow inside the offices of all plants except the last, where it is as simply a balcony surrounding the building.

The brilliance of the glass facade is appeased with two parallel, vertical opaque material and wandering around all over.

The Tower Mafre horizontal supports efforts by a concrete core containing elevators and perimeter columns, 26 per plant, removed from the facade plane, allowing it to be free of construction materials to discontinue its enclosure by glass, aluminum.

Your plants are airy, 1,100 square feet and divisible into modules of 275 m2, with ceilings that allow the passage of cables and ducts.

Of its total area, 44,000 m², the major part is devoted to offices, with the company owner who has higher occupancy Mapfre, but also other firms operating within the building.

Garages occupy an area 19,400 m². The shopping area is located outside the building

Inside, numerous events are conducted on various floors dedicated to this purpose, such as the halls of the second floor and the floor 20, all items packaged with the latest technology.

You are at the coronation of the building, on the cube, with red logo highlights the company Mapfre.

It was once thought of making a connection to communicate directly with the heliport Prat airport, but the idea was rejected by the trouble he would cause noise in nearby buildings.

Glass and steel perimeter facades. In the supporting structure used concrete and steel.

In all plant and fire sprinklers are equipped with all the technological advances needed to carry out their duties instead of conventions, communication systems, simultaneous translations, video conferencing, etc.. 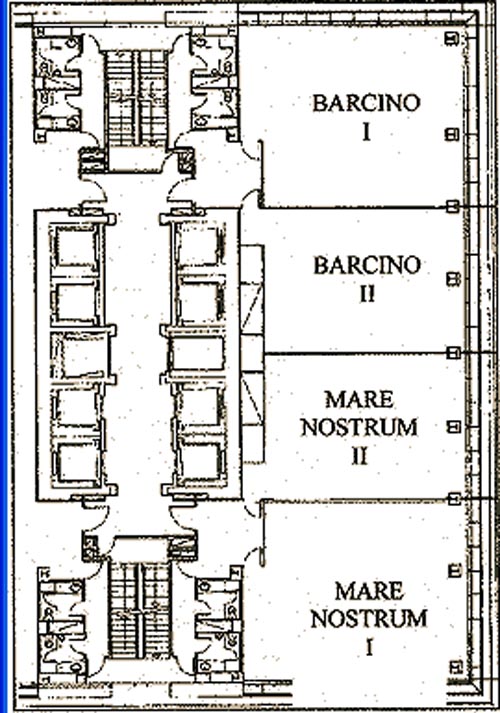 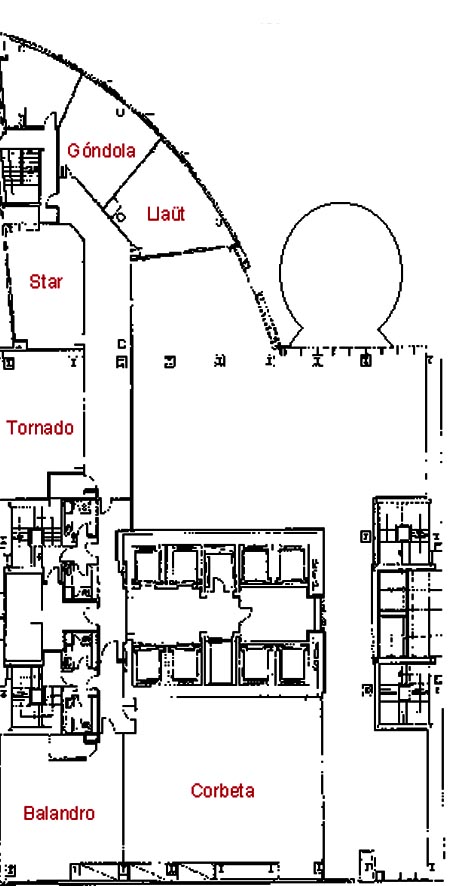 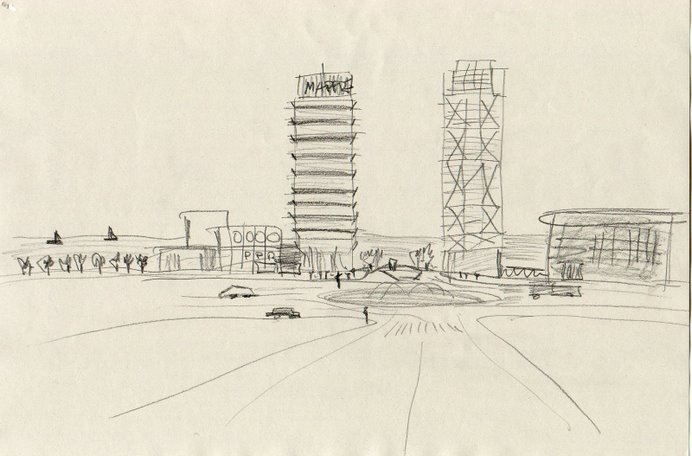 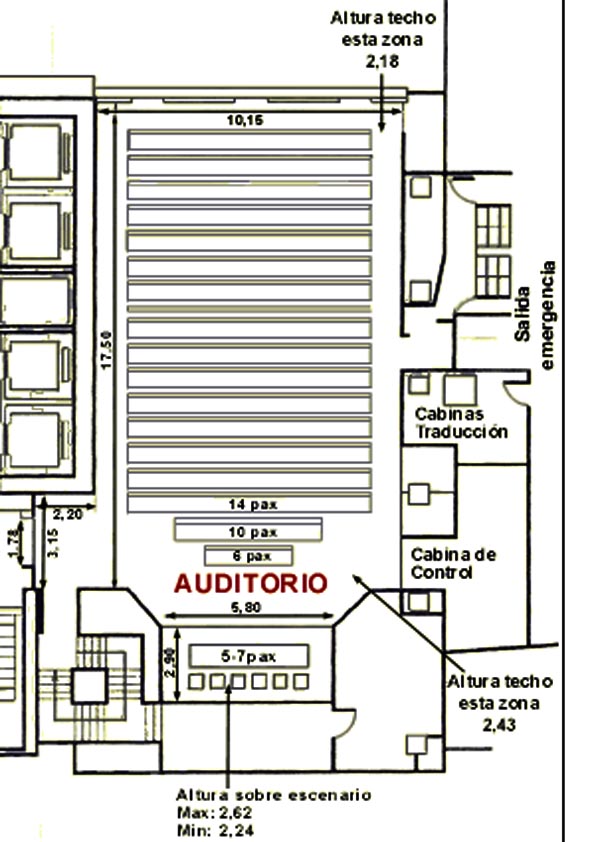 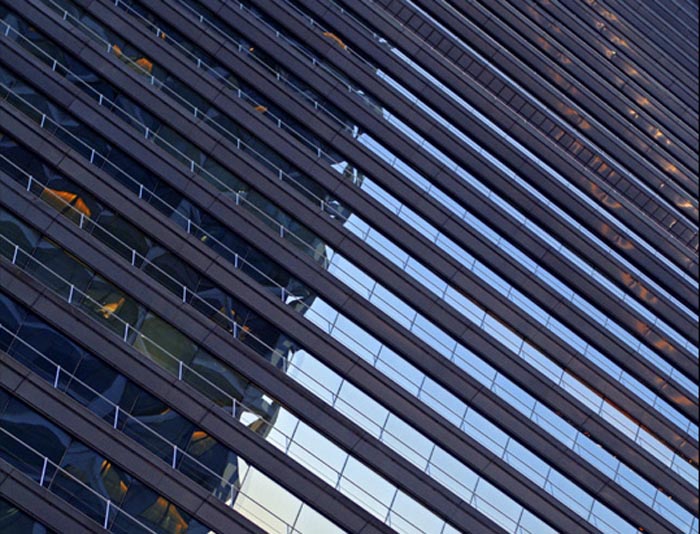 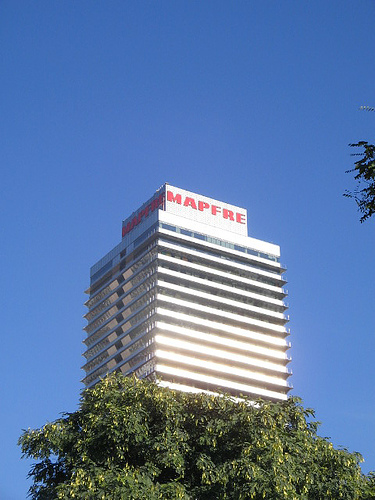 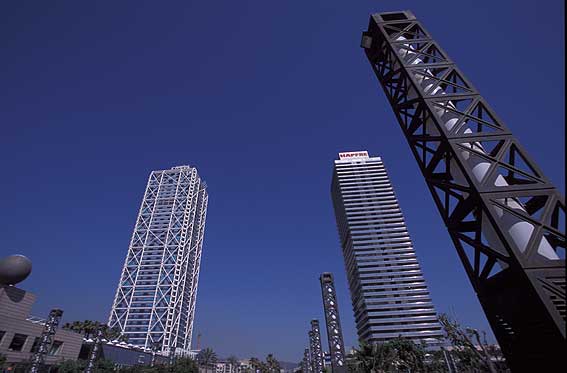 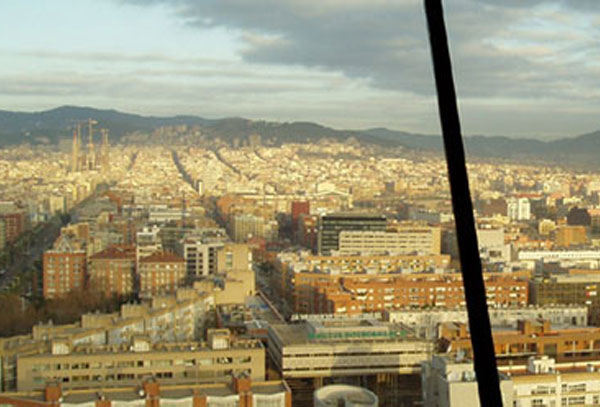 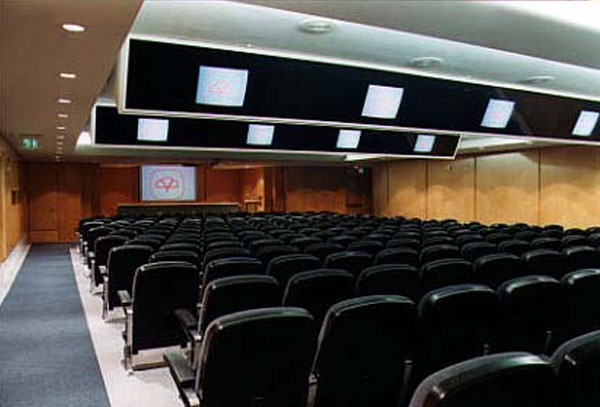 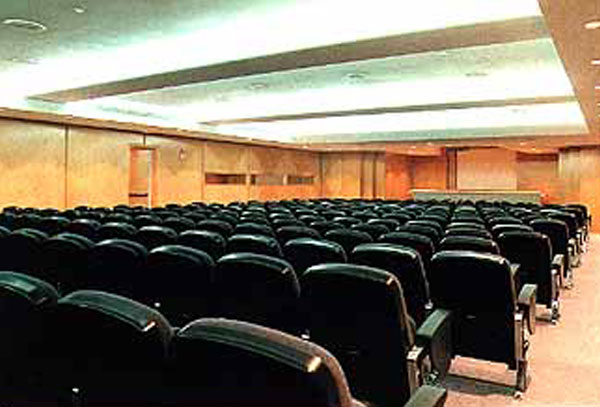 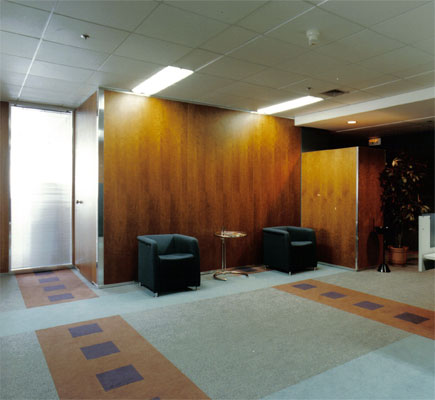 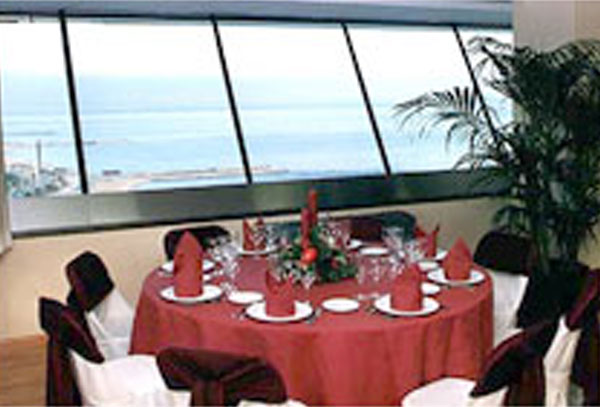 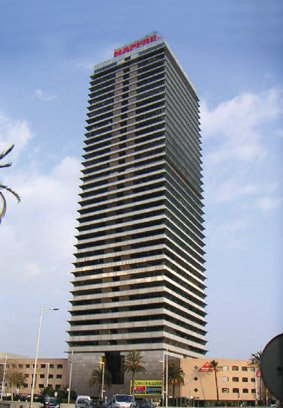 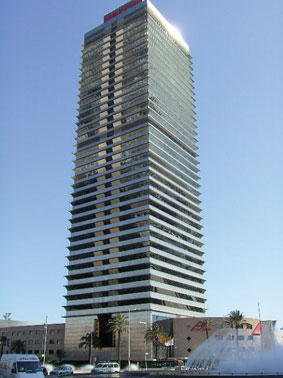 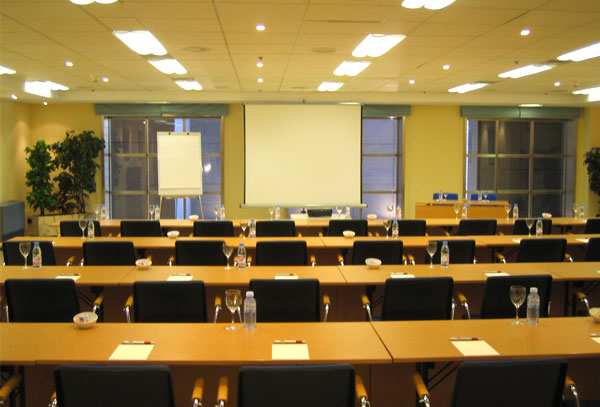 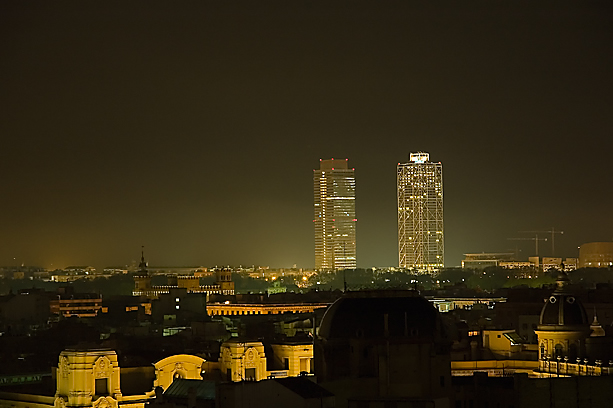