Together with the Villa Mairea, the experimental house in Muuratsalo is the best example of residential architecture of Alvar Aalto. Aalto bought the land on the island when he worked in the city of Säynätsalo, and there built a summer home for evasion and experimentation. The island, then uninhabited, was right to place isolated from humanity since to reach it is necessary to do so by boat. The house is the specific treatment of soil, volume and play with materials.

The interaction between the field and the volume of the main piece is important. The square prism of the house is made is cut by the terrain and the gabled roof and uses the slope of the site to place below the level of the house, just below the handle lounge, a small shelter for boats.
The volume, though pierced by west and south (Best guidelines Finland), has an important presence when we walked up the pier and teaches us the corner.

In 1952, when the construction of his summer home in Muuratsalo begins, Aalto finished the Saynatsalo’s Town Hall, near Muuratsalo city. At first glance similarities between the two projects, such as the use of both interior brick and externally, large openings to the landscape, the up and steep access using topography, inner courtyard or the large cubic tower 17m observed observed from the outside and belonging to the Council Chamber of City Hall.
The Experimental House functioned as the summer home of Aalto family until 1994.

Aalto sets the house facing the nudist beach at the edge of the pine forest that has the island of Muuratsalo, Finland.

The house is protected on the south by a small mountain range, and built on the crest of a granite ledge in an area of 5 hectares (53650 m2). Alvar Aalto using this feature of the terrain created between the mountains and small pavilions a space of work.
A house can only be accessed from the Paijanne lake which was necessary to lift a small jetty from which it was acceded to the house by a steep road made of planks that were embedded on the rock.

Aalto always thought of this house as an experiment, a laboratory test different construction materials, mainly brick, and their behavior over time. For this reason it is coated with a combination of bricks, ceramic terracora or different sizes, thicknesses and colors.
Aalto described the building as a combination of the study of an architect and an experimental center for testing and materials… projects that are not yet developed enough to put them in practice and where the proximity of nature can offer inspiration for the shape and structura. The goal of Aalto was to create a sort of combined lab at the same time, with a playful approach.

The main experimental areas mentioned by Aalto were:

1. experiment with a building without foundations.

Both the free form of construction with bricks as solar heating experiments were not carried out, but the building without foundations was implemented in the sub-structure of the plant on the west side. Experiments structure with columns freeform were performed in the shed so that the wooden columns on which rested the load carrier is placed in the most advantageous terrain points.

The distribution is simple. Divide the square of 14m in a grid of 9 squares and uses 5 of them to make a square house together with the guest pavilion created two bays L-shaped embracing the 4 remaining squares forming a courtyard protected by a wall masonry pierced by a large vain.

The main building contains the living rooms with its main windows facing the inner courtyard. Each wing of the house faces south or west to take advantage of the few hours of light they enjoy in Finland. It begins as a construction of one floor but as it opens the landscape becomes high up to three levels marked up by a wall that reaches 8m, to the northeast, and begins to decrease as it approaches the guest pavilion and the porch for firewood, getting your height and mingling with them.

The distribution is typical in homes with that format, a wing for the area day and one for night, with kitchen and bathroom on the axis L. The space created between the two areas form a hall that leads to get the desired wing. There are two exits in this space, one on the east side toward the garden and the other to the northern part of the forest, where a path between apple trees leading to the lake shore and sauna. The slope adjacent to the house is terraced, in the same way as in the Saynatsalo’s Town Hall.

The bedrooms open to a closed hall, are oriented east and connect to the guest pavilion through a long corridor. The walls of the house are pierced by small openings that contrast with the perimeter walls of the courtyard. Elissa’s bedroom and Alvar Aalto has a window with wooden enclosure facing the inner courtyard.
The layout and interior finish of the spaces is quite conventional, except for the living room, facing north, which has a wooden loft whose structure hangs from the ceiling and was used as a paint shop, with a balustrade facing the living room main dominated by a large fireplace. This structural solution had already been used by architect Charles R. Mackintosh at Glasgow School of Art.

The guest pavilion was made after completing the main house. A wooden building erected without foundation, on wooden logs diagonally rested on a foundation of boulders, following the tradition of Finnish cabins. This flag is also reached by a staircase made of planks embedded directly on the rock.
At the base of guest pavilion, we held without foundation directly on existing stones, it was necessary to make some points of support for the building will fit properly. These points were brick or stone.

A small shed to store firewood was erected adjacent to the guest pavilion. Aalto did not want to drill for foundation so this space was also raised directly on the stone, with a succession of wooden logs placed without any linear order. In this case it was also necessary to use some extra support points to stabilize the assembly. Over the years this shed was closed with a lattice.

The courtyard is the central core of the house, all the other buildings both realized and those that do not revolve around this outdoor space with a fire pit in the center. Square, 9m hand, this court gives meaning to the rest of the spaces. Its huge perimeter walls painted white on the outside offered a stark contrast to the interior wall of bricks seen. In one of the monumental walls, which faces south, he opened a large vain reaching the ground, framing the view from the room and showing a wide opening to the wooded landscape. In another, on the west side, in a huge drill does not reach the floor, wooden slats painted white vertically placed.

The courtyard, become the main testing lab Aalto exposes a large sample of panels with different shapes and colors of bricks, both on the walls and on the ground, like a big collage is involved.

In a wide esplanade lakeshore a typical Finnish smoke sauna was built. This small triangular building plant was built with logs and had a small dressing room.

From and brick, with its many shapes, colors and textures it is the protagonist in this project. The trunks of trees in the region, planks and stones are also part of the construction of this experimental set.

The walls and floor of the courtyard were divided into 50 panels on which Aalto experimented with different types of barking, some recycled and some other works commissioned for the Santamäki factory. Unlike other areas of the bricks set on the floor patio not placed directly on the stone, a hearth in some cases and in others a layer of sand and concrete is constructed. Even startup concrete walls was coated with bricks.
The experiments covered using different control gear and durability of the material being controlled year after year. enameled surfaces were studied from a gritty, decorative results to natural inclement durability, resistance testing plants and mosses, or various placements for different decorative surfaces.

In some sectors the bricks were combined with tiles. The range of bricks, refractories, solid, square, rectangular, raw or parboiled are drilled used. variety of colors was also used from pale shades to bright red. In placement he was played with different types of joints, some hollow, in other smooth or flush, filled with white cement, lime mortar or gray. On the outcome of these test panels it is known architect a saying: “… when used properly bricks turn to gold…”

The furniture in the house is also designed by Artek Alvar Aalto. 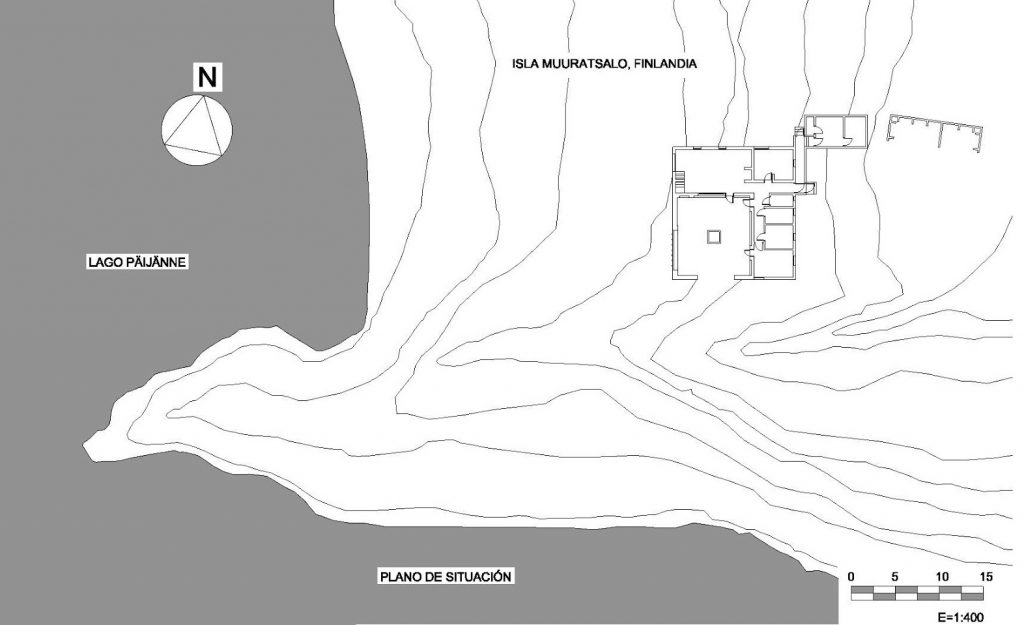 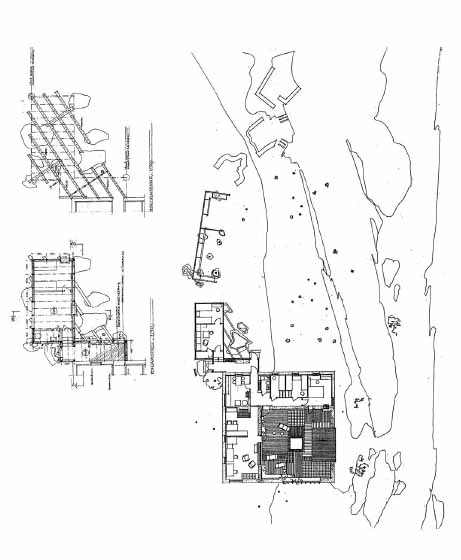 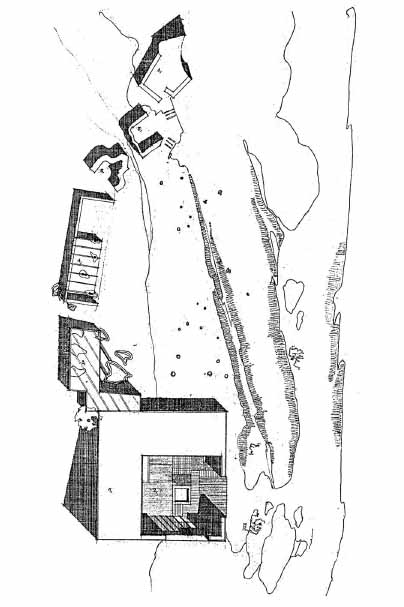 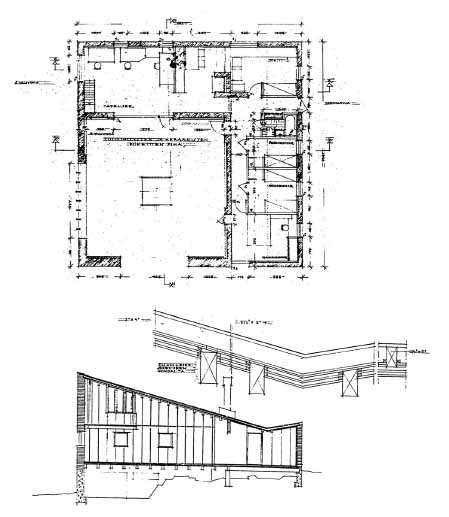 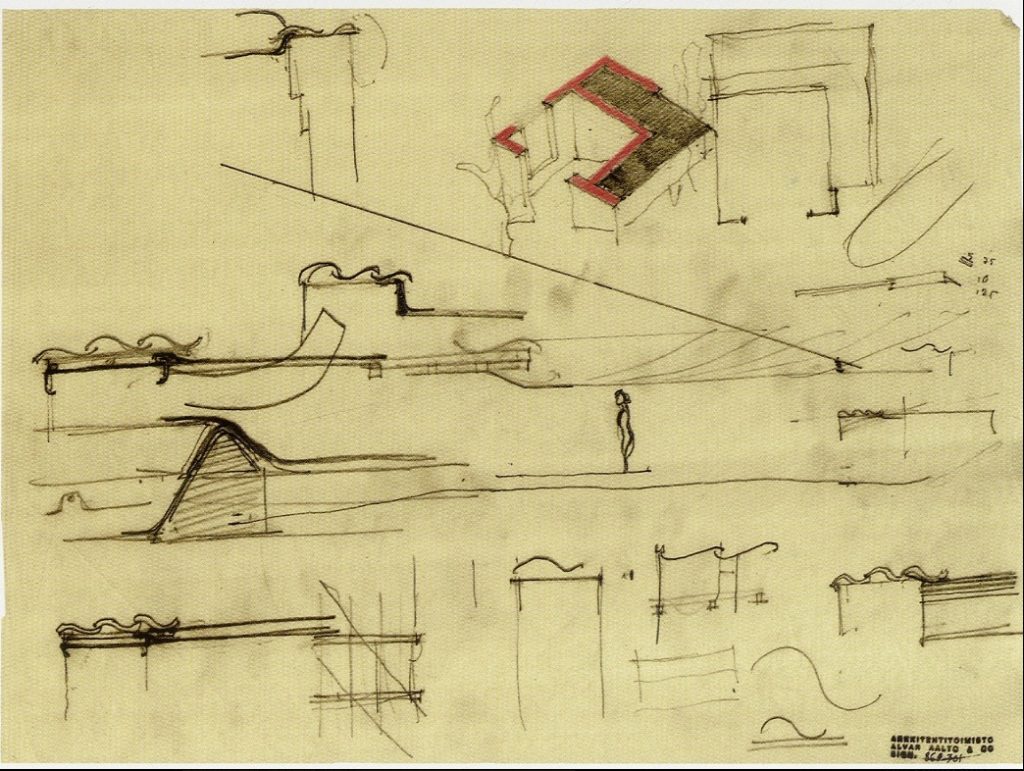 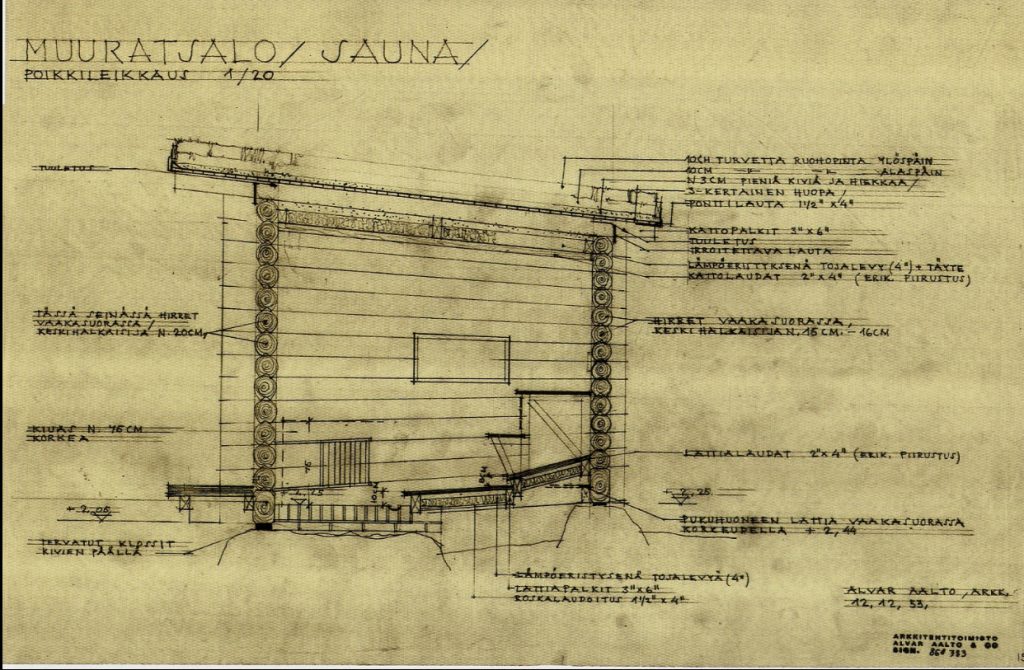 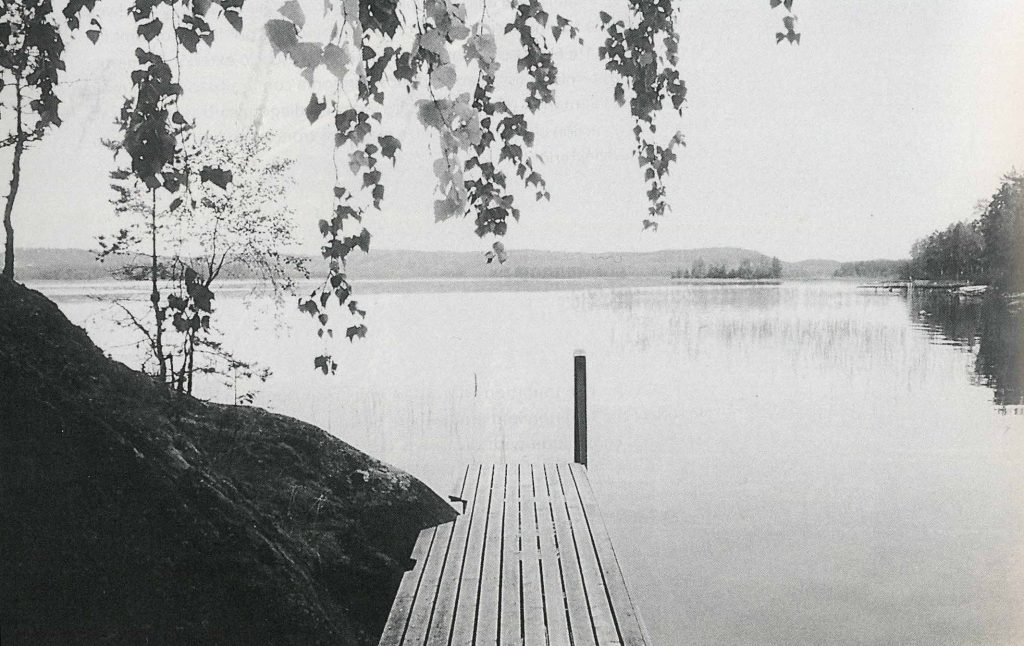 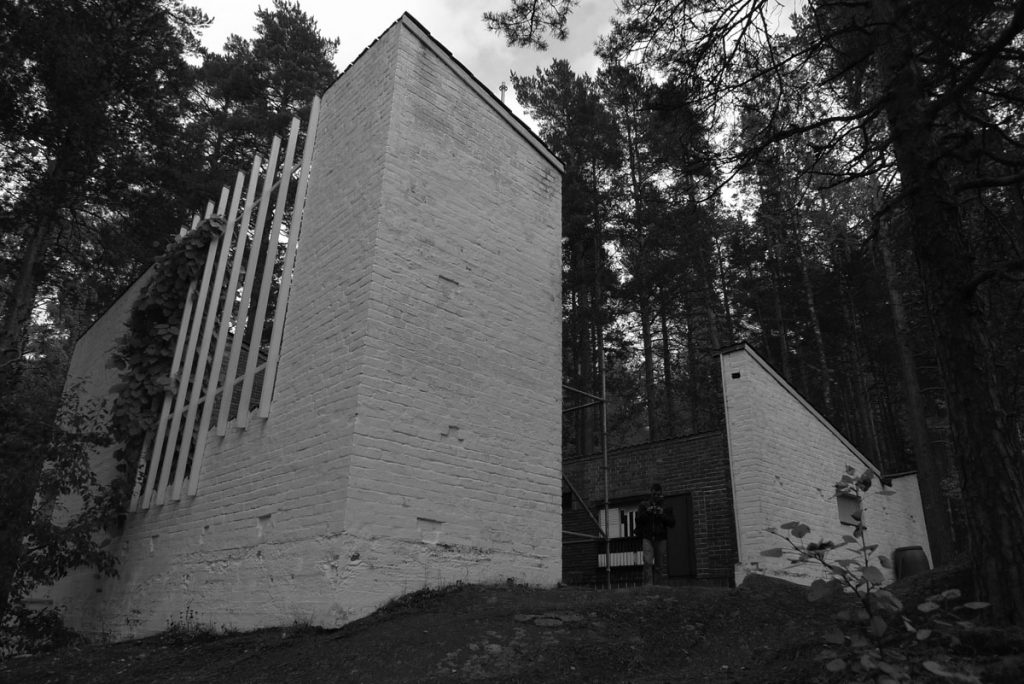 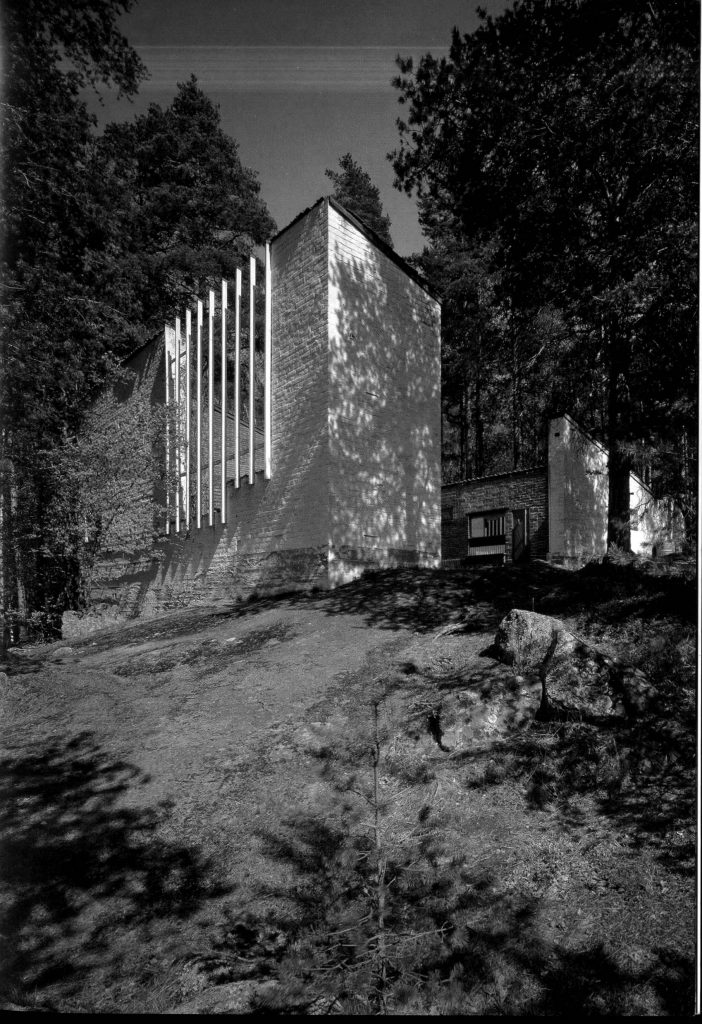 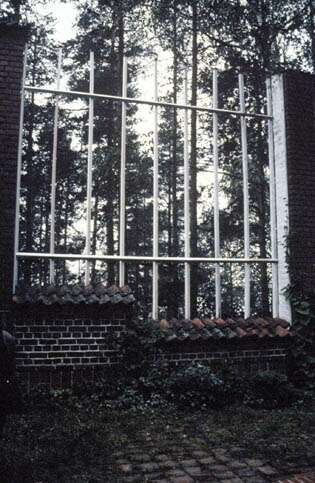 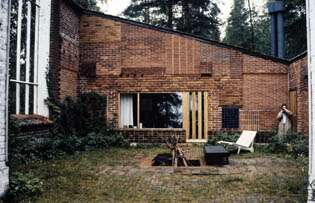 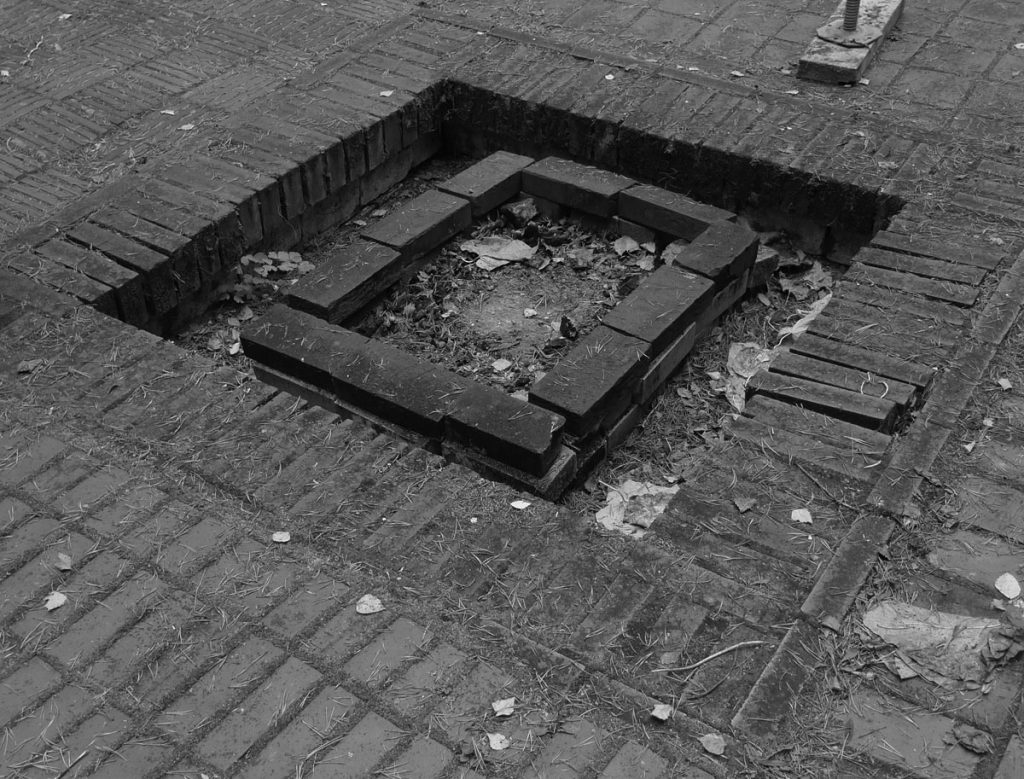 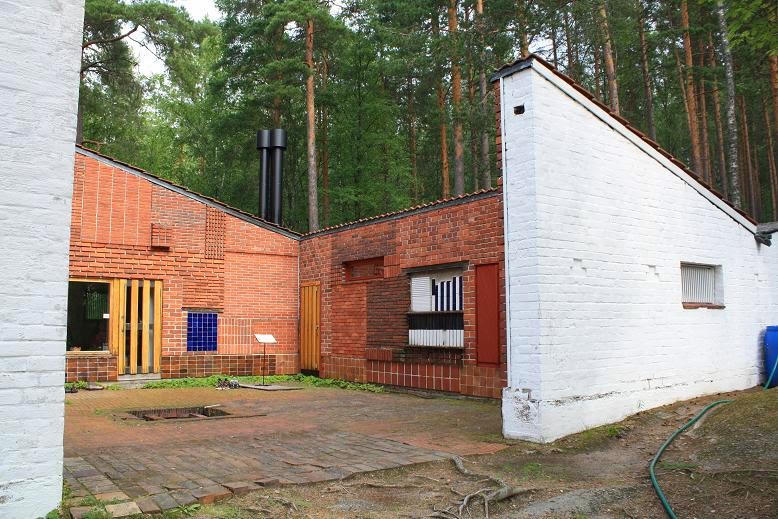 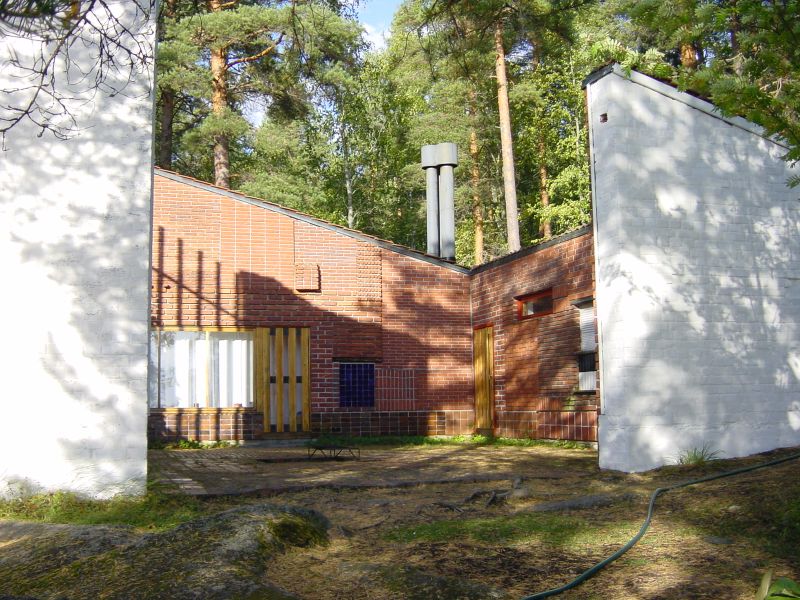 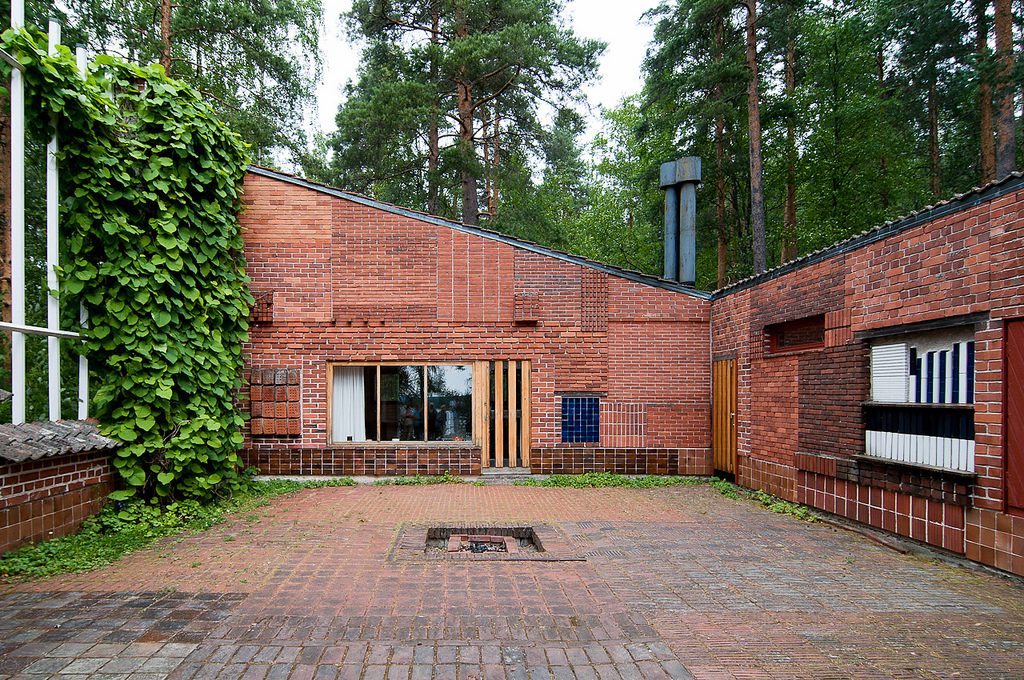 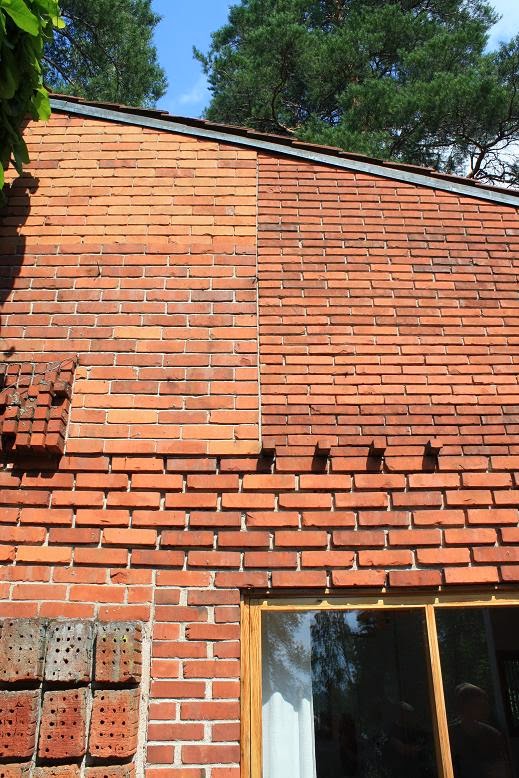 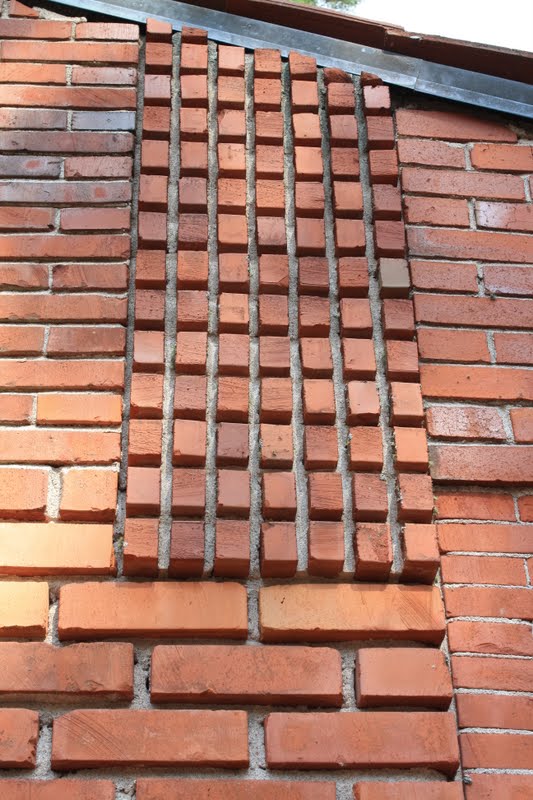 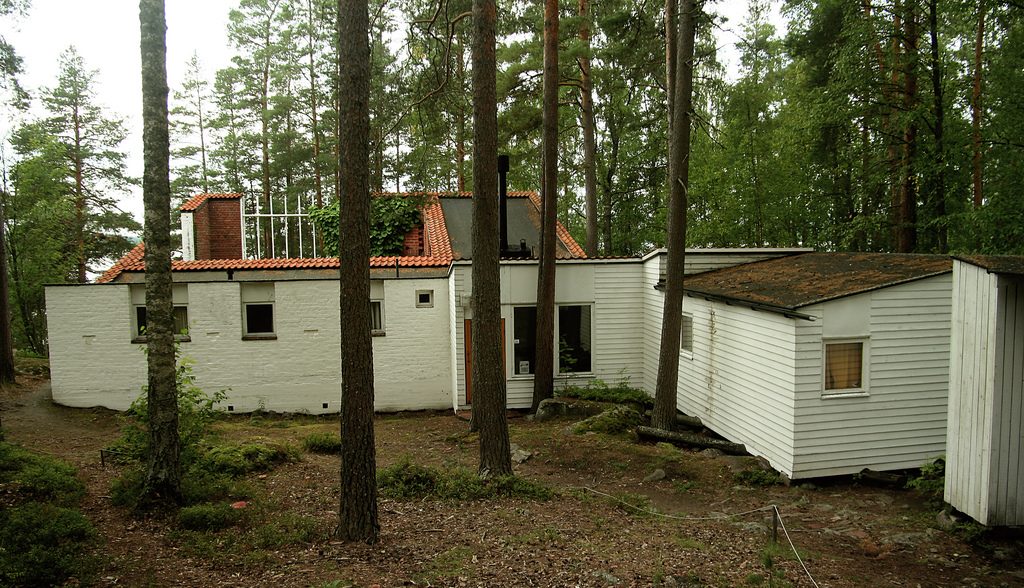 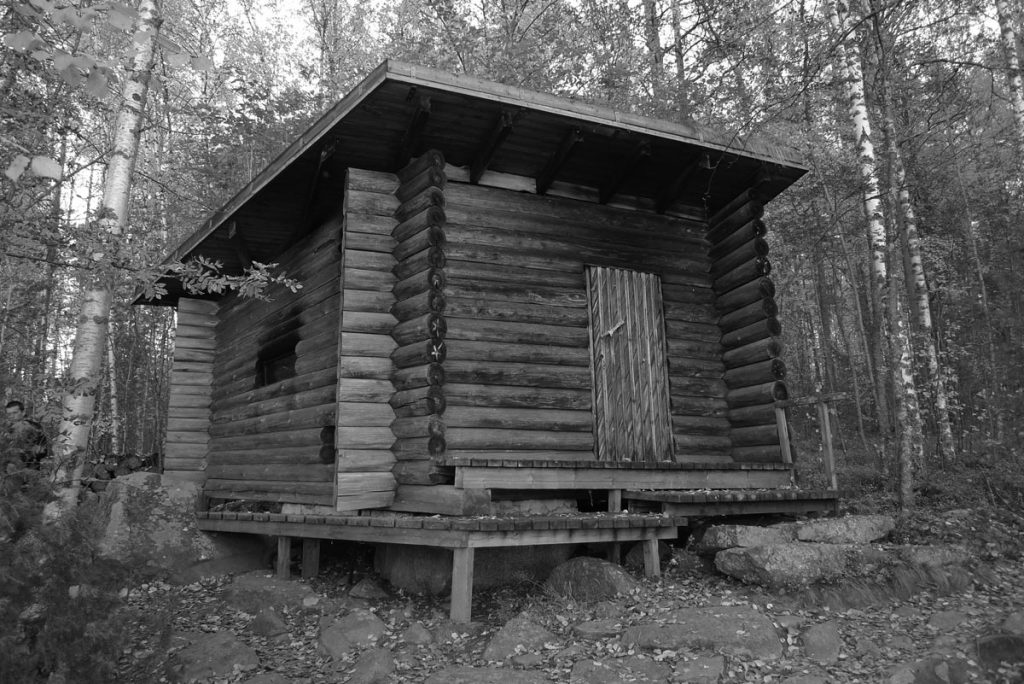 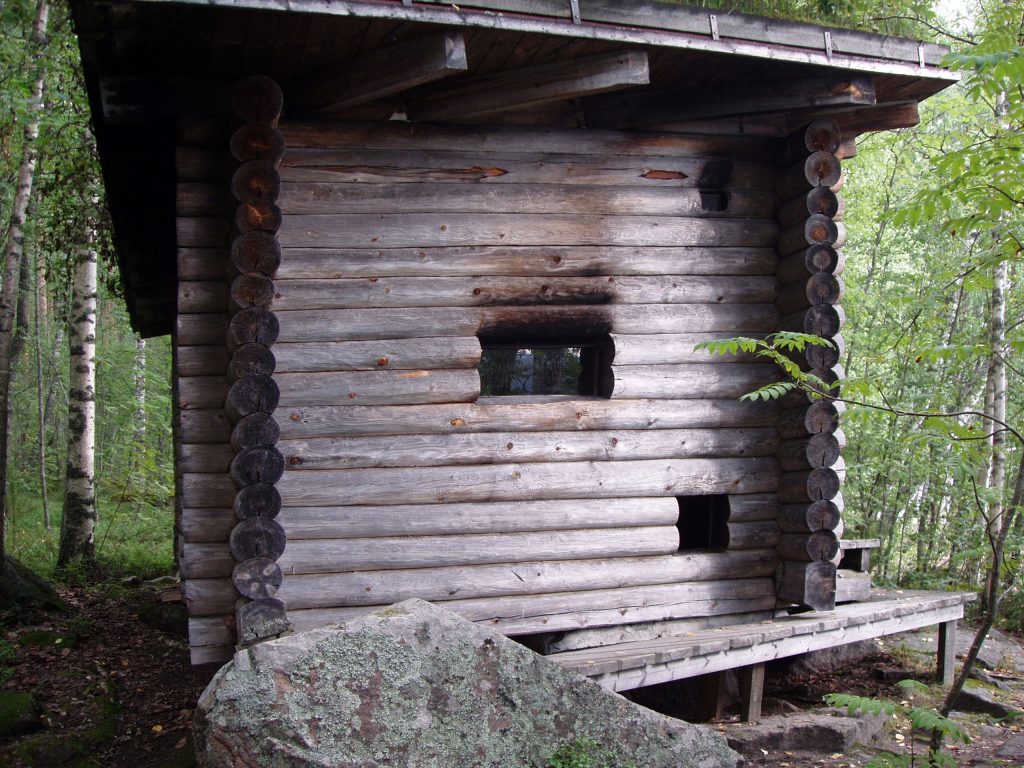