Throughout his career, Aalto was always presented internationally as the “humanizing” and “naturalized” in a modern architecture and excessively cold rational, and the consequences of his radical approach to painting of architectural forms, however, went largely unnoticed.

Aalto painted throughout his life seeing this as a useful “cosmetic exercise” and learned more than any other architect of the techniques of collage invented by Picasso and Braque in 1912. Techniques are hidden throughout their working Paimio onwards became dominant in the design of Villa Mairea (1937-40), commissioned by the rich industrial Maire and Harry Gullichsen.

May well have been the encouragement received from Maire Aalto which led in this direction. She had studied painting in Paris for 20 years and had one of the largest private collections of modern art in Finland.

The collage technique enabled brilliantly Aalto could satisfy the desire of their customers in a house that was modern and unmistakably Finnish.

Without a doubt, fully modern and in keeping with the landscape and culture which is part and subsequently helps to redefine the Mairea Villa remains one of the greatest artistic achievements of the century.

The result was a stunning and unprecedented composition in which columns of elegant lines collide with the presence of coarse stone stairs, where grass roofs rest on concrete beams, bare trunks floating on slender steel poles and tiles arranged in parallel stand behind a coating of teak.

Architecture has never seen anything like inexperienced hands and could have fallen into a superficial eclecticism. As in a pictorial collage, each element generates real-world associations in the atmosphere of work and home evokes memories of Finnish farms, medieval churches, functionalist architecture, Hollywood (the sauna is a bean-shaped swimming pool, friendly California) and Japanese Edo period. Natural finishes from the 50’s are seen as the prototype of Scandinavian were received in Finland in 30 years as something unmistakably Japanese.

The most radical of all innovation occurs in the interior, which displays Aalto as an abstraction of the Finnish forest.

Steel columns wrapped in black rattan to remember peeled the bark and the golden heart of the pines. Others are covered with strips of birch, double and triple to suggest the variety of nature. The columns are wooden poles that protect the entrance and stairwell, and when it comes to his side as if it were surrounded by trees.

Aalto said he wanted “to avoid the artificial architectural patterns in architecture,” this extraordinary and very comfortable interior and livable, while rich in implications, questioned the need for a “clear” as postulated Mies van der Rohe as a basis the “Project Free,” and showed how the continuing “loose and open spaces” of modern architecture could be transformed into many different spaces. 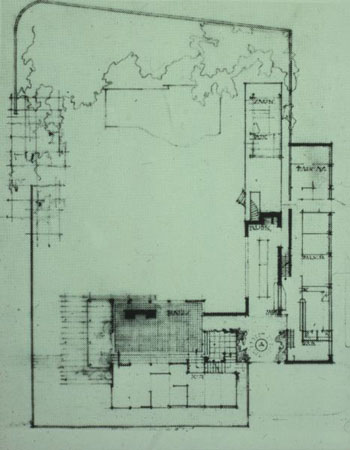 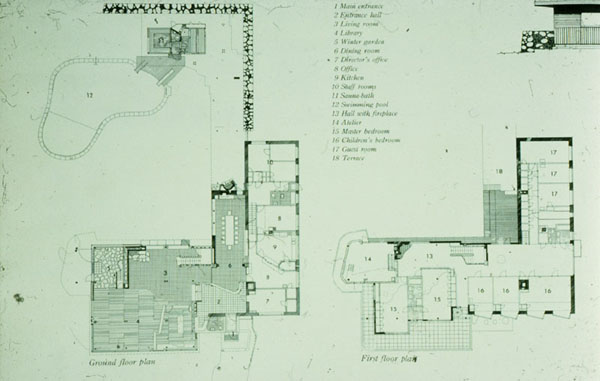 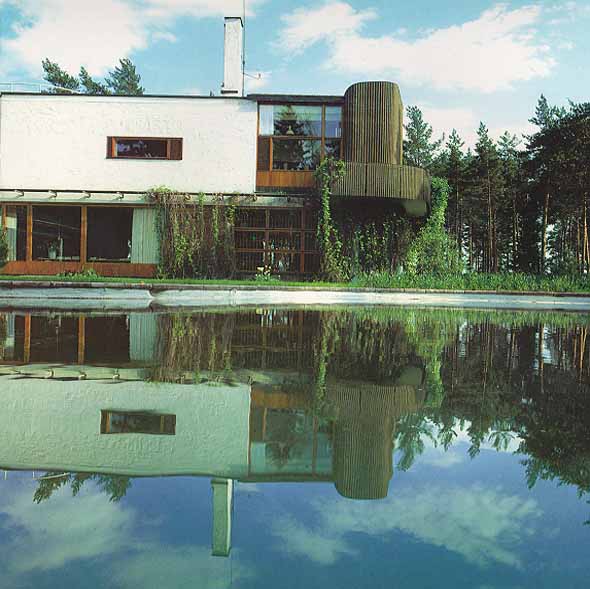 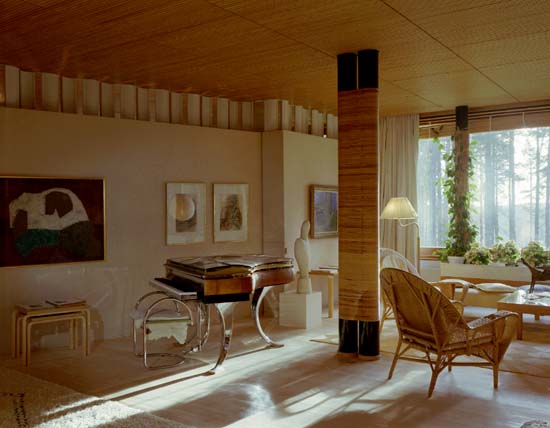 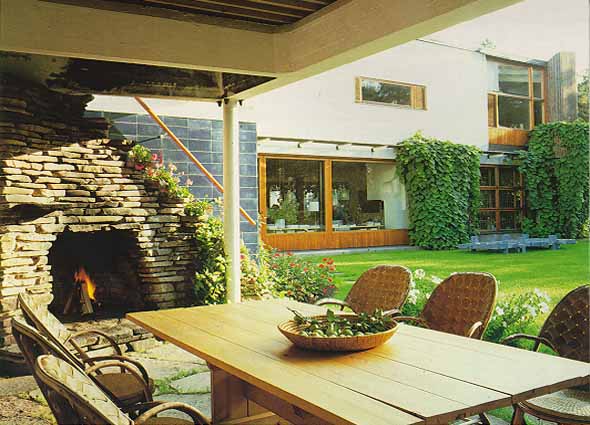 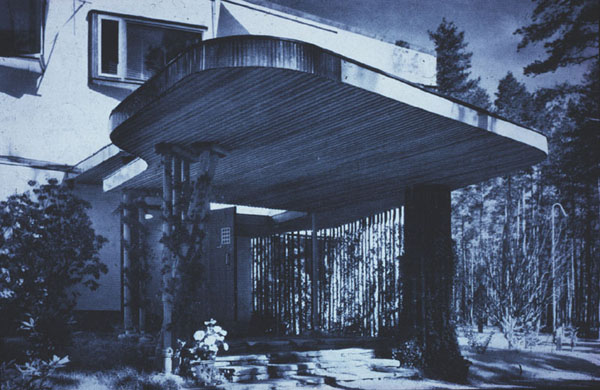 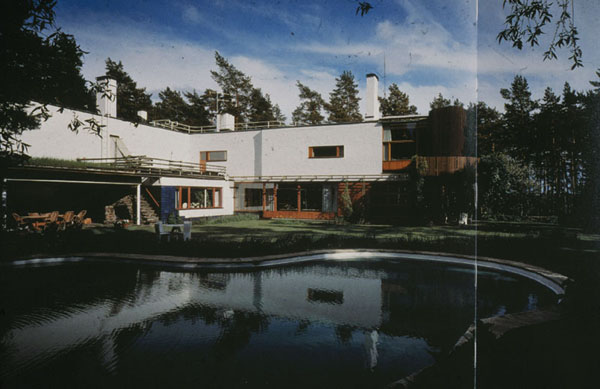 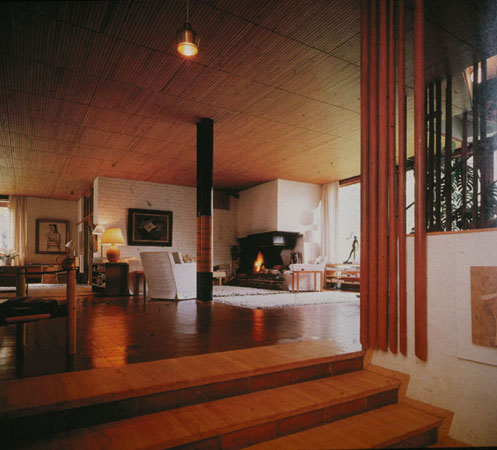 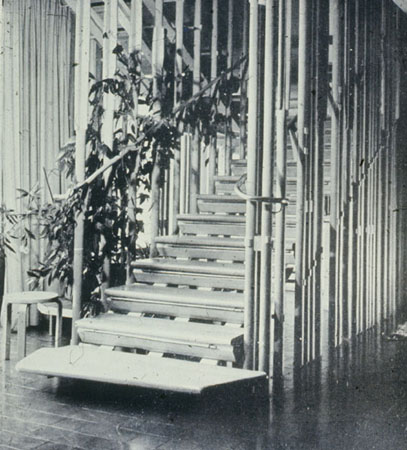