For the year 1945 is planned to rebuild the city of St-Die, within the plans was to build eight Unité de Habitació, which would not be carried out, after being rejected the plan for the village, the Minister of Reconstruction did not insist on respect for which would take many years almost entirely rebuilt.

Jean Jacques Duval, was a supporter of the plan for reconstruction was affected due to the destruction of its textiles factory by the Germans so they decided to invite his friend Le Corbusier to design and build a new factory in St-Die. The building itself was slow and tedious due to the circumstances facing the country.

For Le Corbusier mean once again put into practice the five points of architecture, so that the plant would reach almost parallel to what would represent Unite d’habitation in Marseilles to be completed a few months after the end of this.

1, avenue de Robach, 88100 Saint-Die. In 1988 it was proposed as a historic building by UNESCO, is currently in use as a textile factory.

The main concerns that have become targets of Jean Jacques Duval for the factory were three points which agreed with Le Corbusier for the project:

When analyzing the works Le Corbusier made, we can discover a host of concepts that unify his work, but here we can discover the concept of “green factory” (the natural conditions: sun, space and green) that applied in their ideas of industrial linear city. Manages a clear outline for the proper functioning of textile production from the third level to end the activity begins on the first floor where you saved the finished garments.

On the other side Le Corbusier reflects the five points of architecture in this work, however there are three that characterize precisely:

The factory consists of a detached pavilion and a volume containing mostly for circulation to transport the fabric to the factory has the following organization of floor space:

Here is the workhorse of the building has some circulation and is accessed from the volume that is attached to the flag.

This level is essentially free, although it looked as headquarters immediate services, parking of more than 200 bicycles for workers, various steps of access in many parts of the plant. Elevators where the fabric goes to manufacturing. There is also a fire exit to the basement.

The first floor was devoted mainly to the packaging and storage of garments being produced. Steel tubes were placed to complete the storage area for hanging clothes. On the other hand the polychrome also covers lighting and air conditioning pipe painted green for easy maintenance.

It shares a double height level with the third level, creating through it the space to work. It is here that we specialized machines for garments, where workers sit down to make. Details are significant as the structure of steel tubes which are located lighting tubes for machinery. It also has a spiral staircase that connects the third floor and roof.

At this level, cut the fabric that goes up the volume attached to the flag, here is that the pavilion is free in its entirety, taking furniture and tables, sharing a double height with the second level. During the second, third and fourth level appreciate the large windows dedicated to the enlightenment of workers.

Here we have the facility has major offices and meeting room, the spiral staircase that connects to the second level, a large terrace. The principal office of the factory owner has a pivot door that has a board that faces the meeting room.

You can see who has the same structural principles of the Unite d’habitation as part of two rows of columns about the cloth tucked into thirteen lines spread throughout the building. The distance between the axes of the pillars of 6.25 meters apart. Two of the thirteen axes at the ends are made with arsenic stone walls, with which the building is finished in short way. The structure allows the free plan, the slabs are made of reinforced concrete lattice system, giving rise to the factory is distributed so that the needs prevail.

Extruded profiles are used to produce steel round economic and social structures that allow and even have some facilities that serve to operate the factory as in the case of lighting, storage of clothing and air conditioning. Also trim profiles are made of steel and laminated glass painted polychrome according to different proposals.

The floors are usually made of concrete. In the polychrome panels we can see as red, green, yellow, expressed a desire to bring life to a building intended for daily work, to mass production. 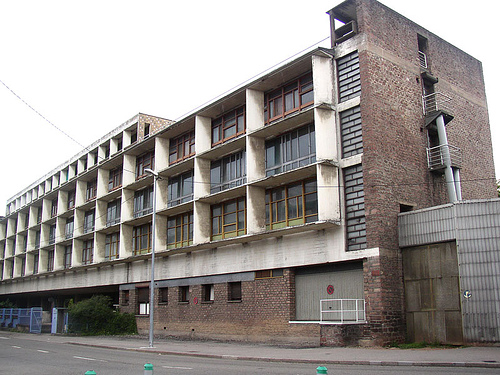 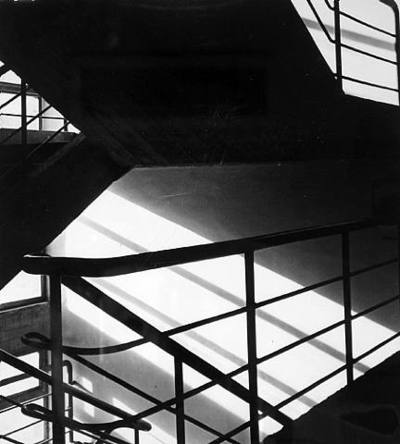 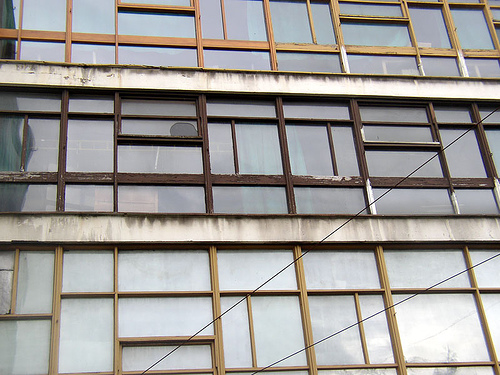 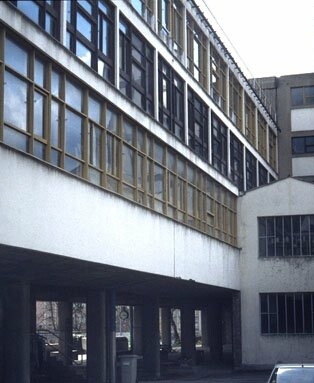 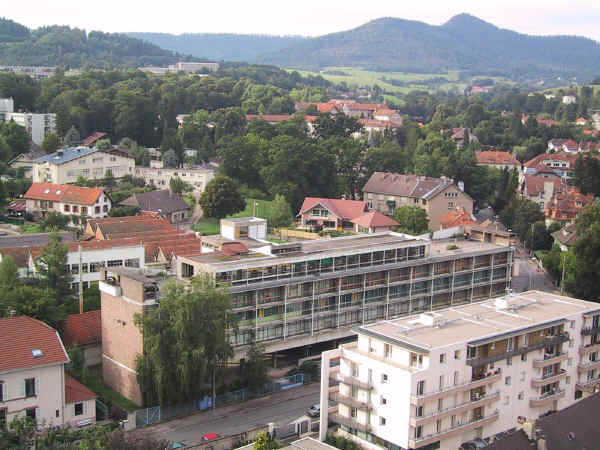 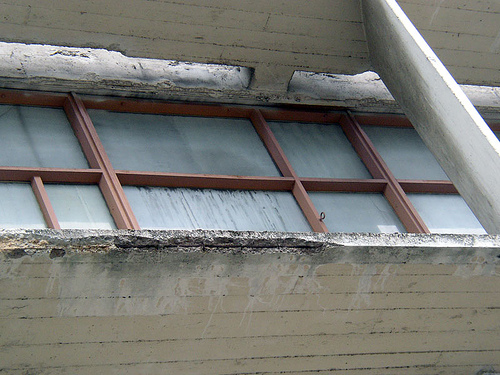 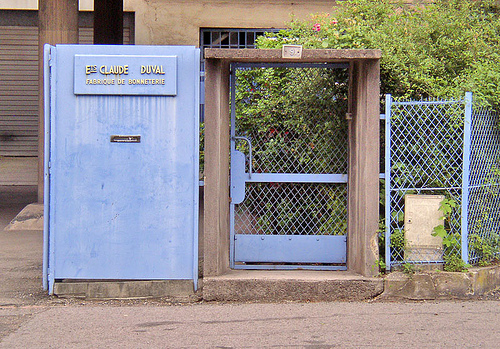 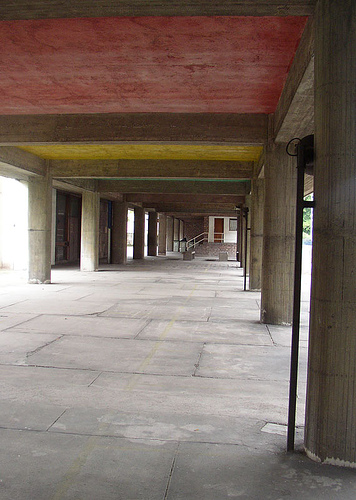 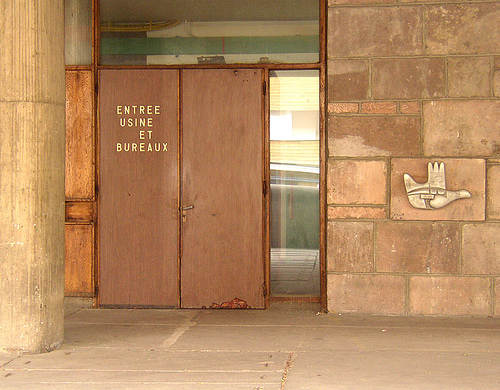