In 1956, organized the International Building Exhibition “Interbau” that Le Corbusier was invited to design and construct a residential housing complex. The location of the exhibition would Hansaviertel neighborhood east of the city of Berlin, however it was felt that the project had more extension, so he moved to Charlottenburg. This would be the second time he was invited to participate in a project in Germany, representing the opportunity to build a Unité d’Habitation as part of the exhibition of their ideas to life.

The exhibition would be inaugurated in 1957 with the intention of showing the modernization and reconstruction of Germany after the Cold War, and that this time would open the door to experimentation in the construction and welcomes new techniques. Fifty-three renowned architects involved in the process, some of them were: Walter Gropius Alvar Aalto, Oscar Niemeyer, Hans Scharoun and Wils Ebert.

Flatowallee 16, 14055 Berlin-Charlottenburg, west of the capital. Currently in use.

Le Corbusier uses the same concepts as in the Unite d’habitation of Marseille, follows the five points raised in all his work which are open plan, structure on piles, free facade, glass wall and covered terrace.

Convert the block into a “town house”, using again the concept of “rue interieur” which is located in the central part of the building, giving access to each machine cell or living on both sides of the longitudinal walls and facade south of it.

Le Corbusier projects the Unité de Berlin Modulor the system had the form of 2.26m and in the Unite d’habitation of Marseille, however the difficult relations with employees and the incompatibility of building regulations in Germany were forced to abandon the proportions given by the Modulor and increase one meter in height between the floors. That is why the building was an impact on the “brise-Solei” which upset Le Corbusier, which ended up resigning to work.

The housing was designed for 400 apartments for 2000 people. The building has a walkway that leads to car parking which is a level lower than the ground floor.

Here we find an open floor plan with columns of the main structure rising on the slopes Unité presenting the field, leading to a series of shops along the street leading to the main entrance of the building.

In it we find the stairs and elevators and the main movement of each level or “rue interieur”, which have access housing blocks that are spread throughout the plant.

To reach this level is reached by the vertical circulation. This site has two levels and is intended to provide the building with the necessary community facilities for the entire complex. Among them are:

The main structure consists of a grid or lattice of columns and concrete beams forming seven levels which subsequently defines each property by prefabricated materials, supported by a large plate reinforced concrete floor and where to get the facilities, in turn is supported by a series of columns in the form of concrete brackets, but these are longer in areas where the slope is greater because of the connection between parking and building.

Materials used in reinforced concrete structure, the coating of exterior walls is made of prefabricated base, carpentry, steel, some wood trim in the interior housing.

There is a polychrome as Le Corbusier tends to do in all his works, using red, yellow, blue and green. 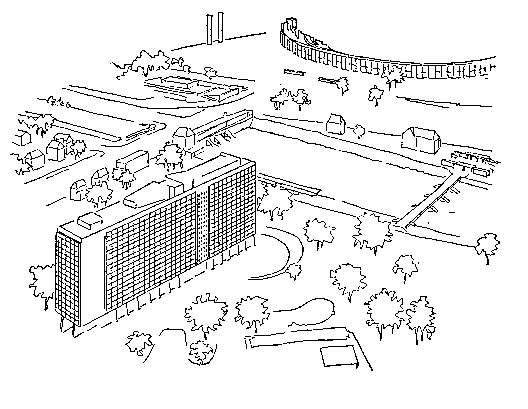 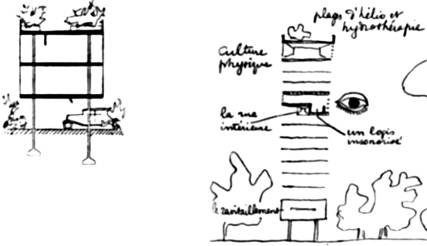 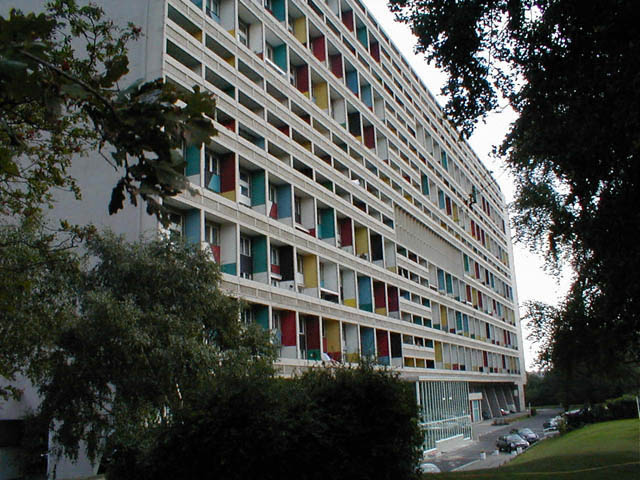 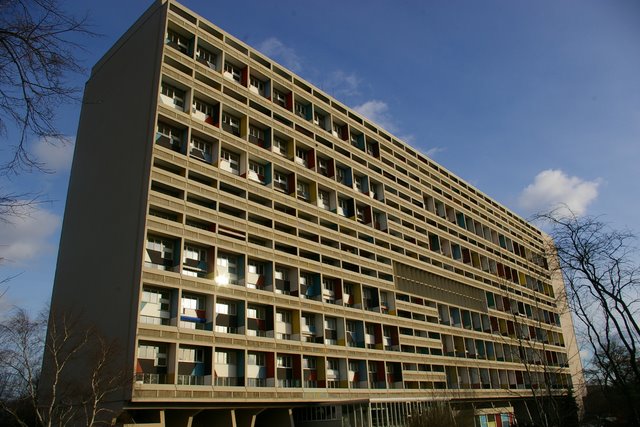 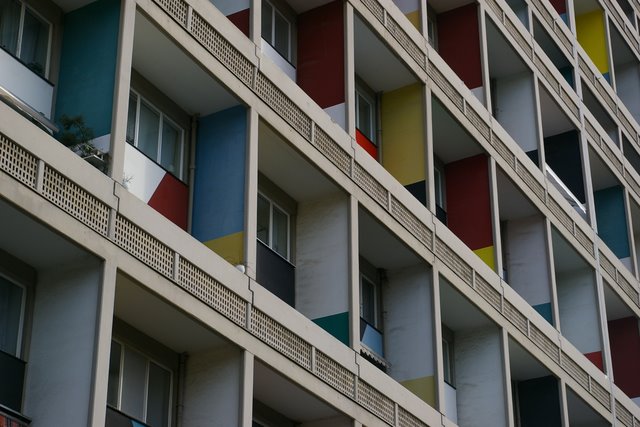 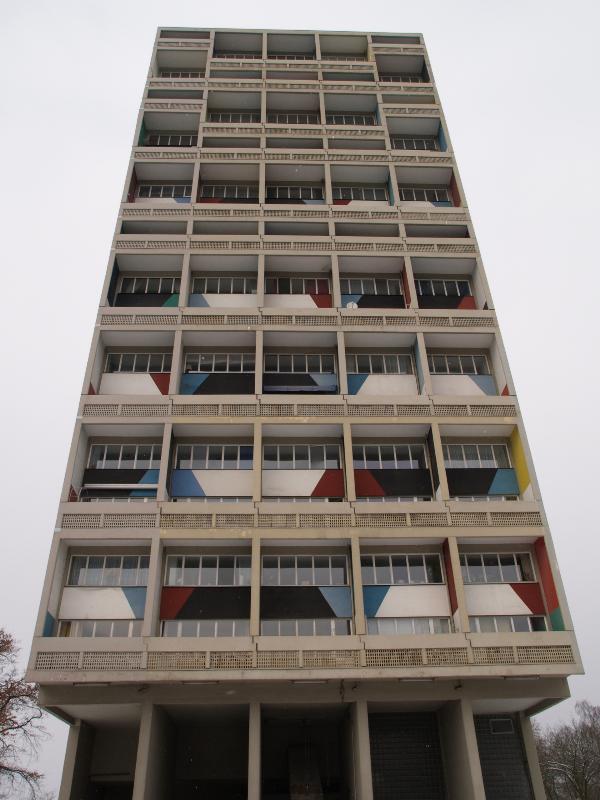 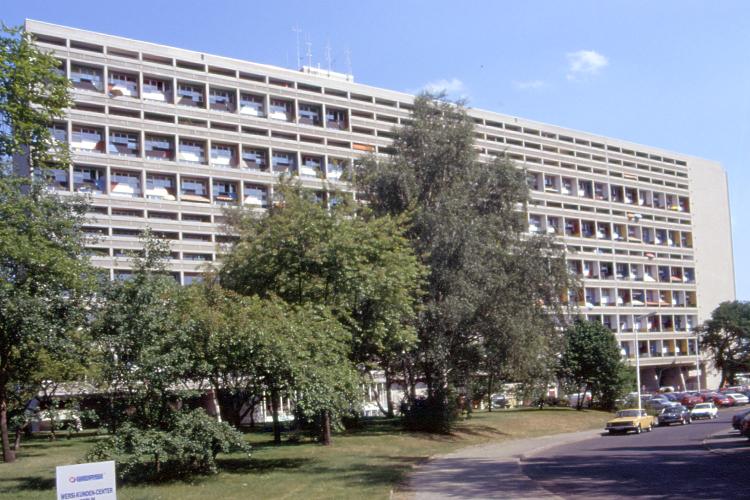 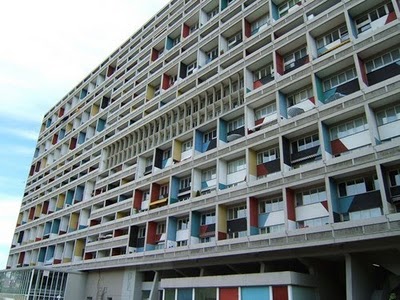 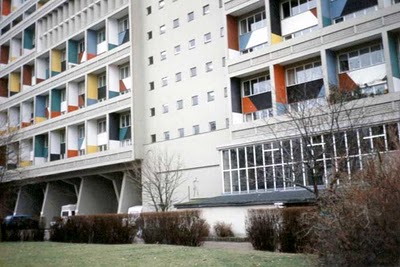 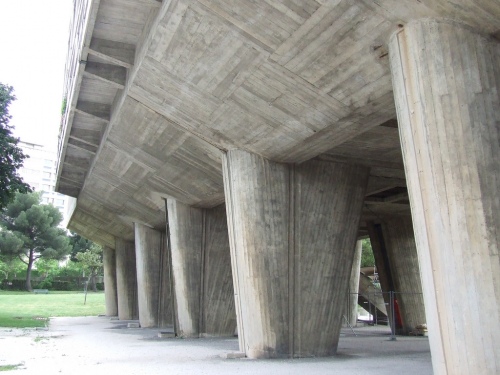 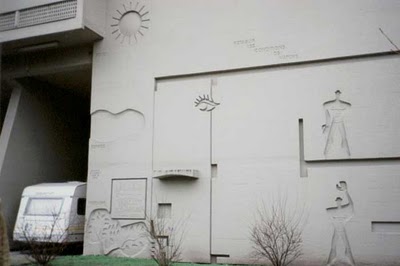 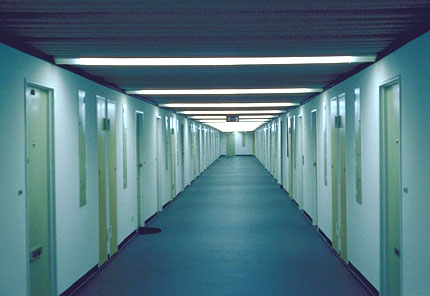 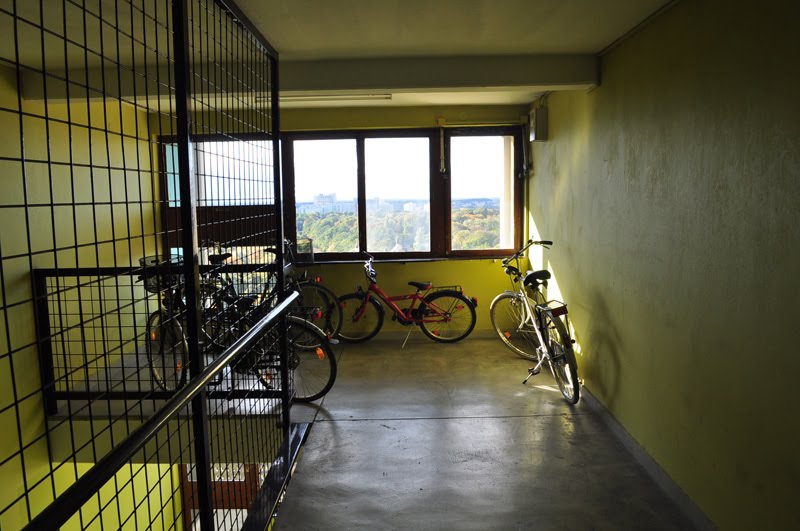 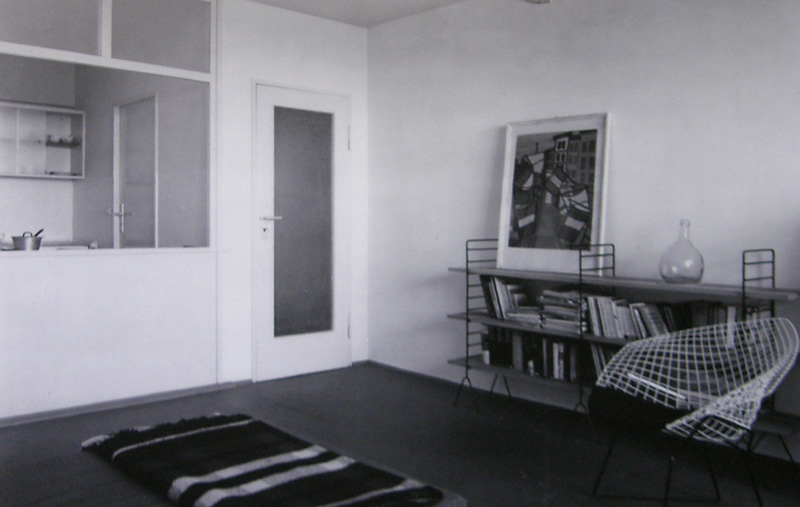