The office tower was designed by the architect Jean Balladur to house the headquarters of the insurance company SCOR, hence its original name, SCOR Tower. The tower was completed and delivered to the company in 1983.

In 2008, following a competition launched by the EPAD for conducting a “Insignia Tower” (Tour Signal), it was considered by the property owner in that moment, Compagnie La Lucette, the possibility of demolition and reconstruction of the SCOR Tower to be replaced by a 297m tall building designed by architect Norman Foster. The project did not win the competition and eventually was abandoned. From that time the headquarters of the company SCOR moved to the center of Paris, but still has offices in PB5 Tower, jointly with other large companies.

In February 2013, the Icade company buys the SCOR Tower to the Compagnie La Lucette, the building happens to be called PB5 Tower, announcing a partial restructuring of the building to be held that year.

The PB5 office tower is located in the square, between the EDF Tower and the “Elysées Défense” building, which is located above the center “Les Quatre Temps” on the east side.

In compliance and continuity to the existing plan with a foundation in “Y” Jean Balladur has designed a tripod shaped tower, 26,800 sqm spread over 16 floors, with a height of 54 meters. Desiring to establish a dialogue with the first building in La Défense, the CNIT, the architect draws curved pediments with black and white marble, while the wall of each branch are made with strips vertical window with rounded sides.

It is a 16 storey superstructure above ground level and 5 ground for infrastructure. The total floor area was 26,800 m², with a height of 54 meters.

The tripod-shaped building was designed in 1980 by Balladur, allocating 13 plants divisible and flexible office needs, while the last 3 homes were allocated to management services and technical facilities.

In the 5 underground floors tower located paking area for up to 276 cars, more technical services.

The form of tripod (3 legs) in the development of the design was imposed by the need for the new project was installed on the foundation of a hotel that was never completed, designed by Atea Ducharme, Minost, Fischer and Kopniak to house a 4* hotel of the Hyatt chain, but financial constraints did not permit the continued construction beyond the foundation walls and the first with a “Y”. With these conditions Jean Balladur designed this 16-story tower and 30TN weight rising above 14 rollers that allow it to absorb expansion variations which can reach 2cm between summer and winter.

The top two floors are built as blind arches, finishing touch that usually kick in skyscrapers. The curves of the gables and trim elevations correspond to the near CNIT.

In the construction of the tower structure was used lightweight concrete with expanded clay aggregate to lighten the 12m cantilever wings and steel.

Like La Grande Arche, in its front panel black and white Carrara marble was used, in contrast to the surrounding glass towers, although the walls of the three wings have been placed large vertical windows with metal frames. 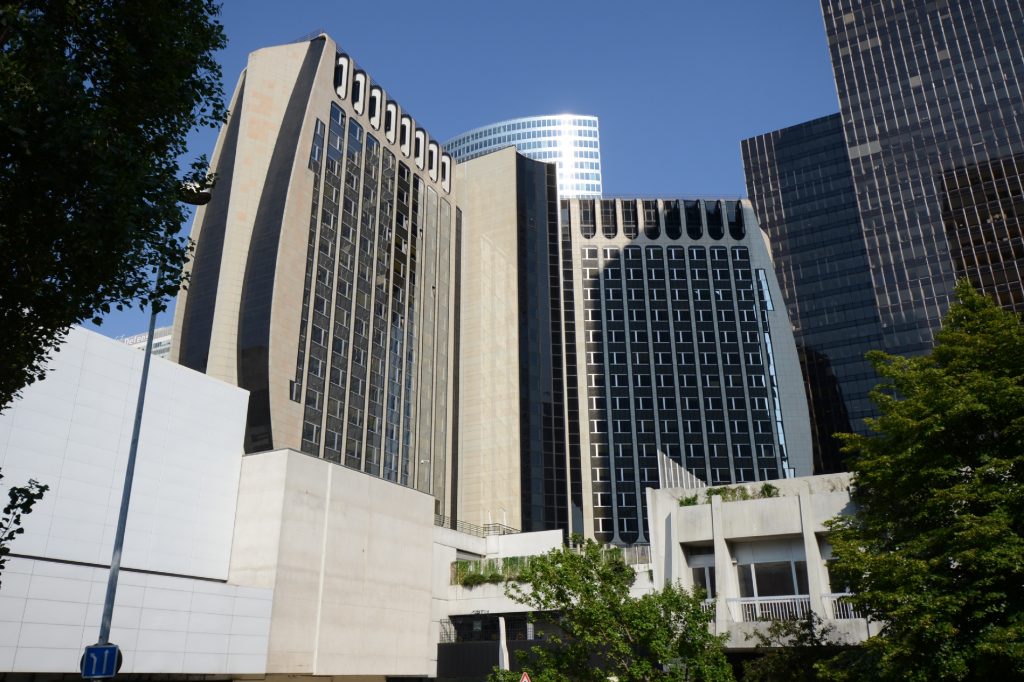 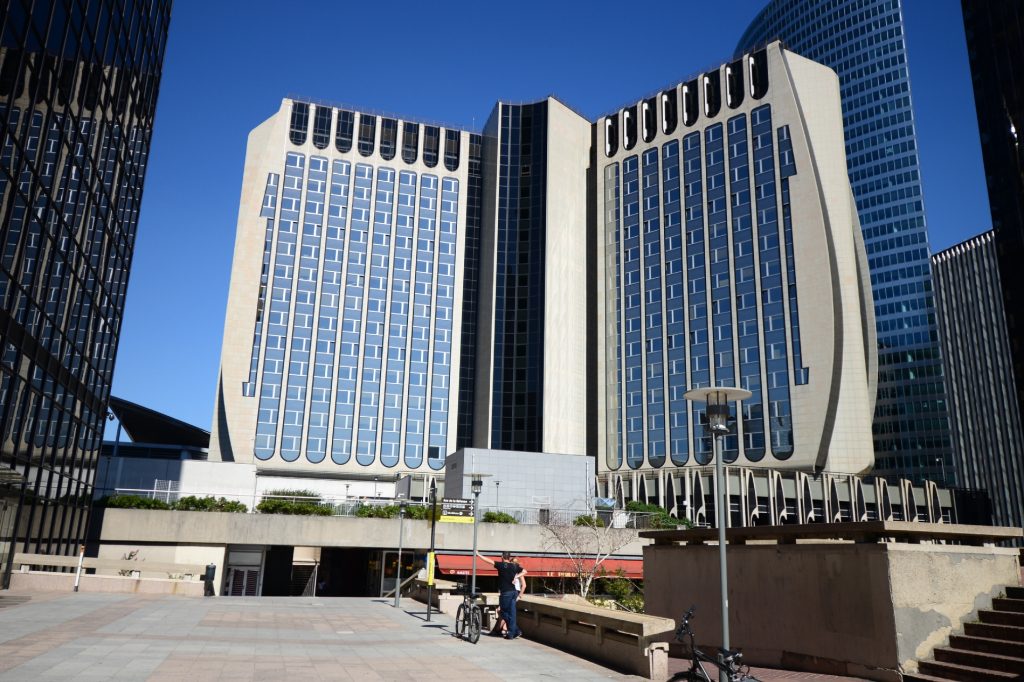 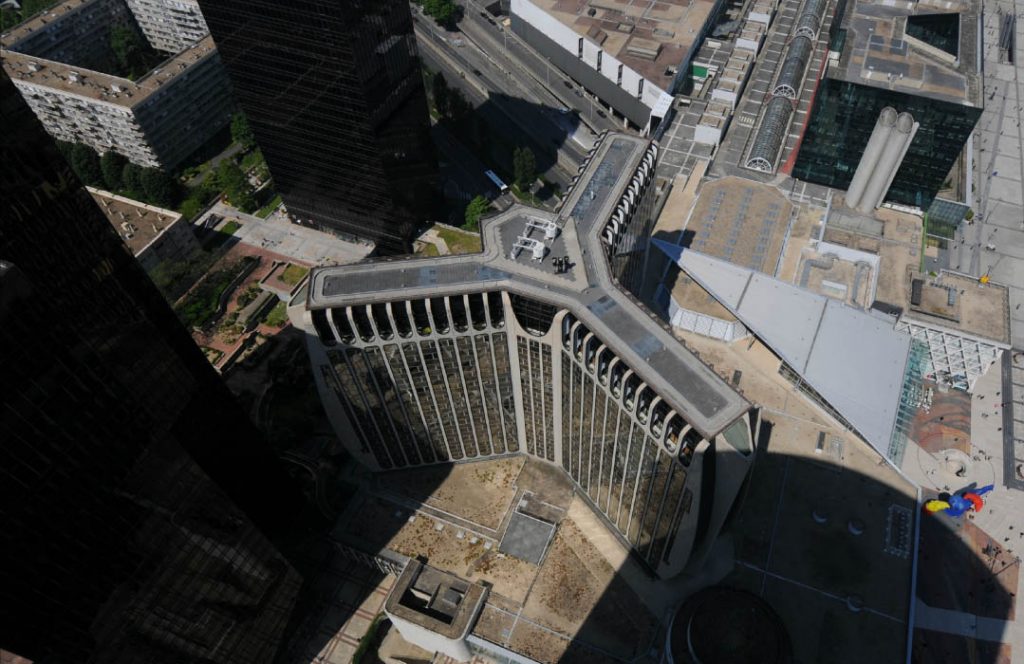 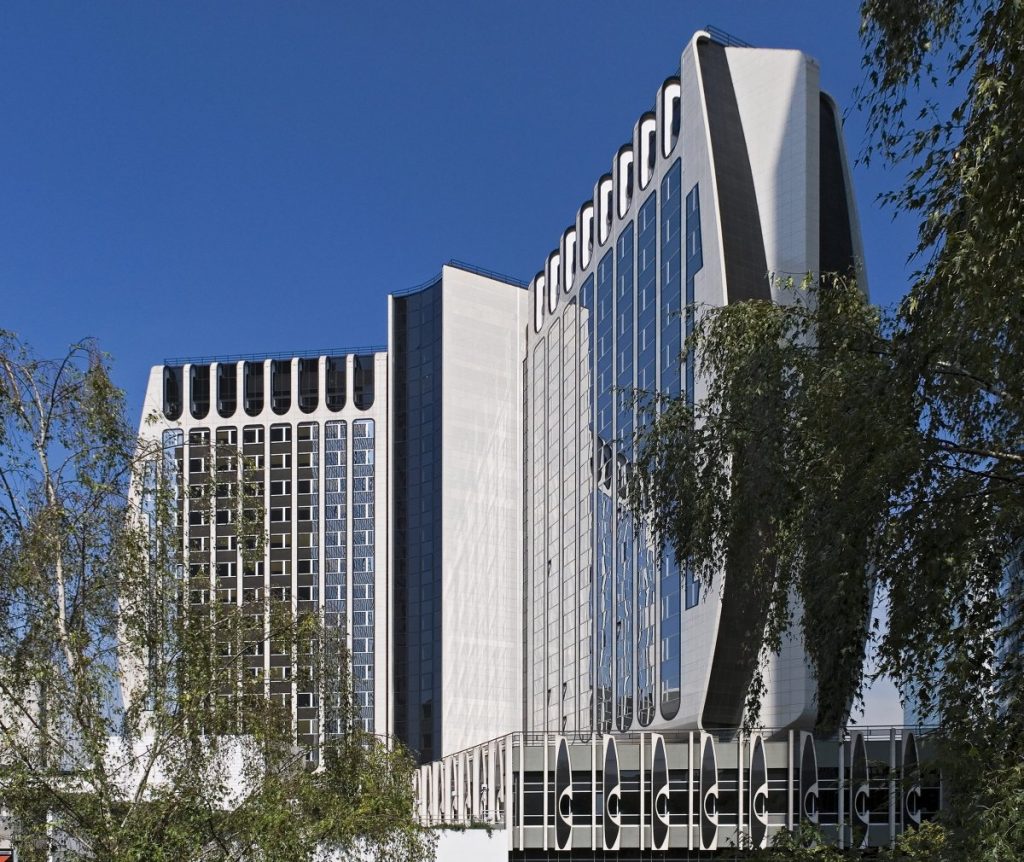 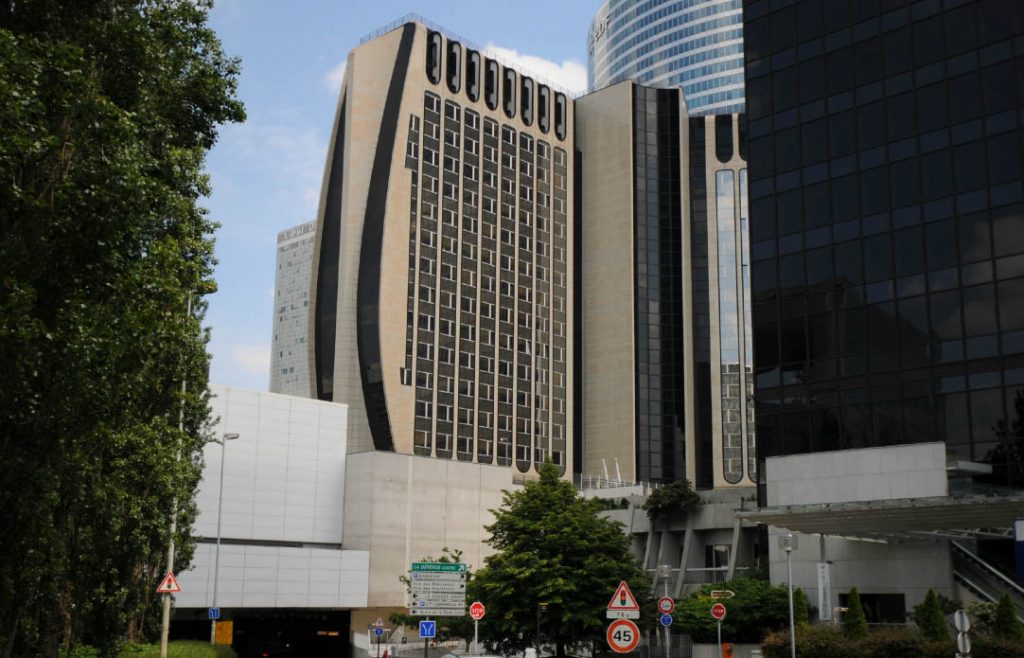 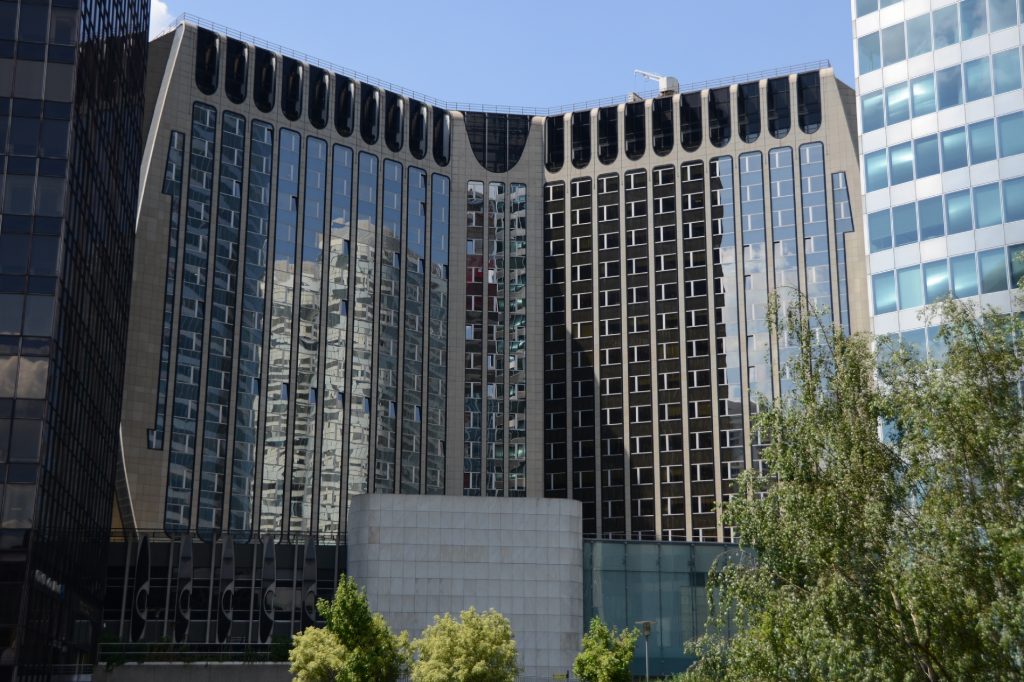 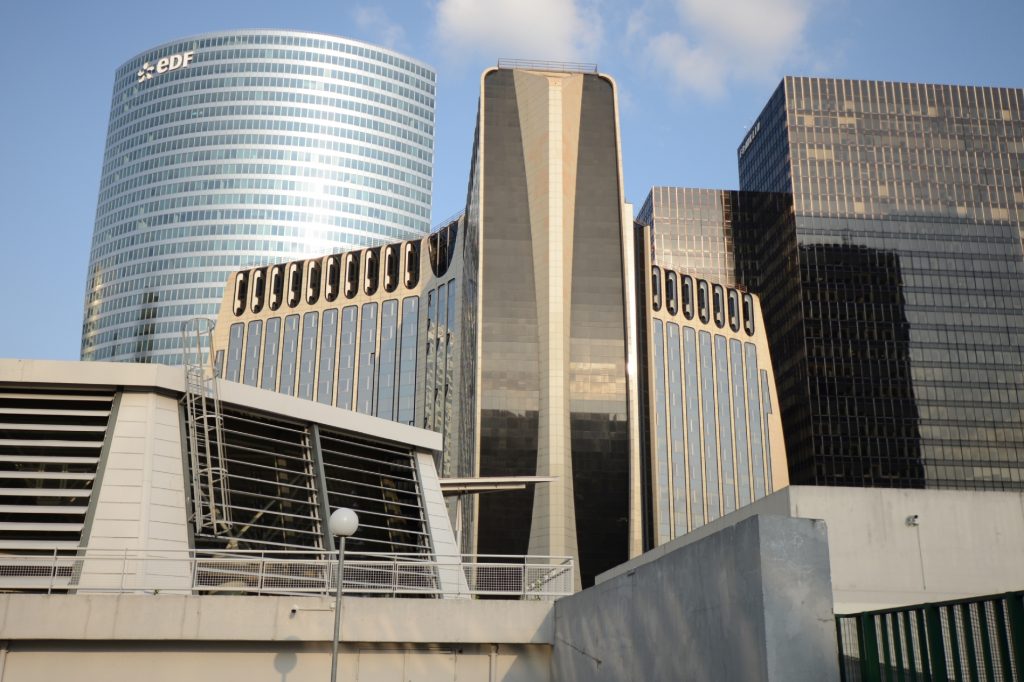 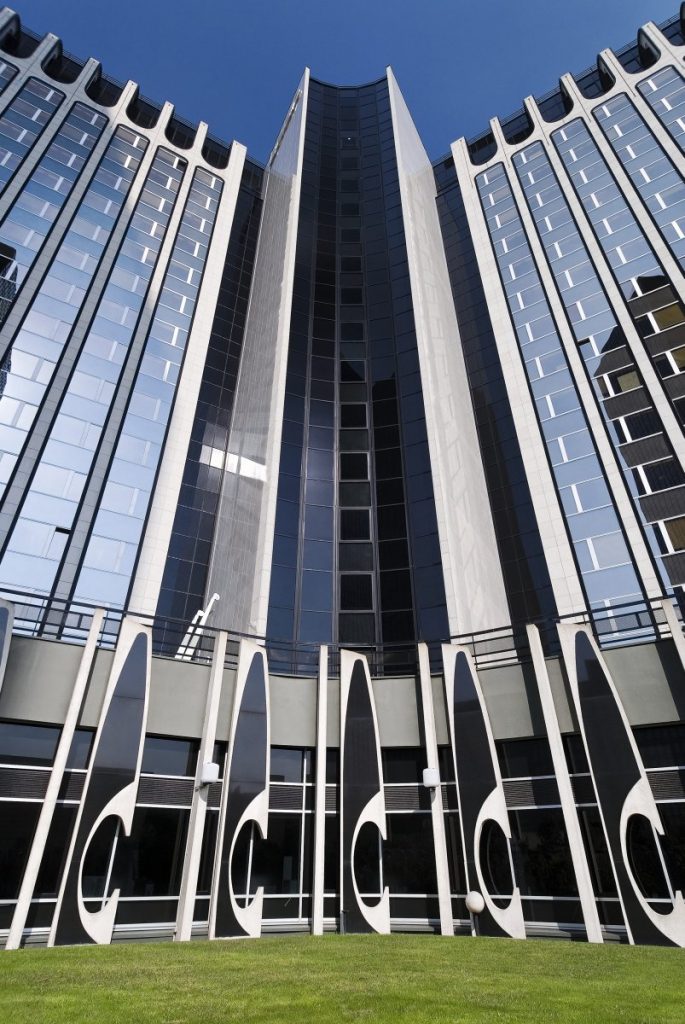 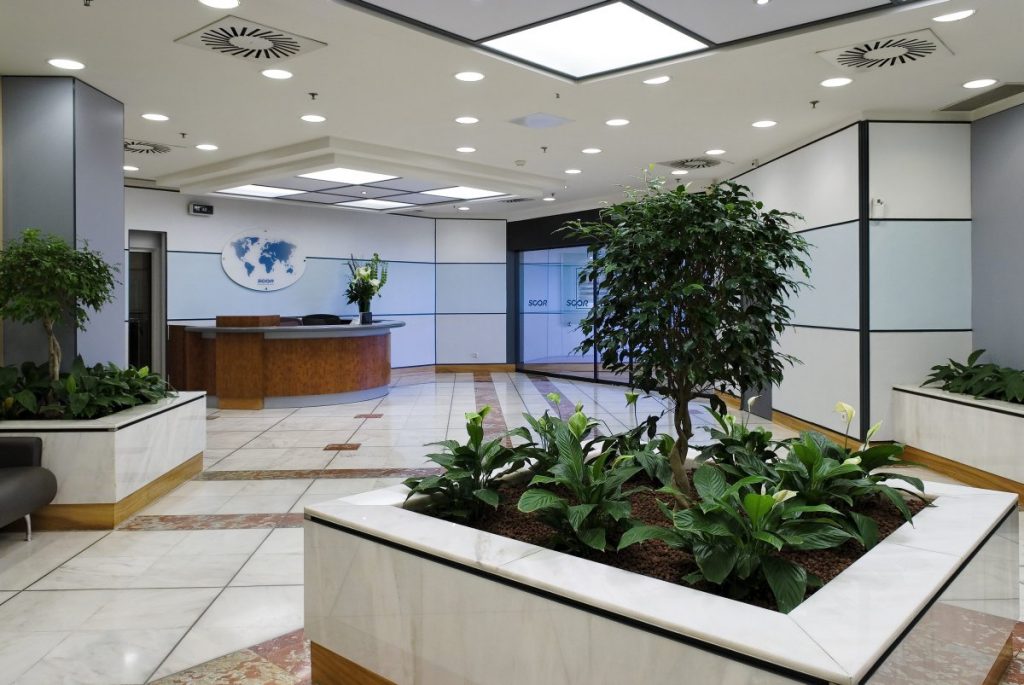 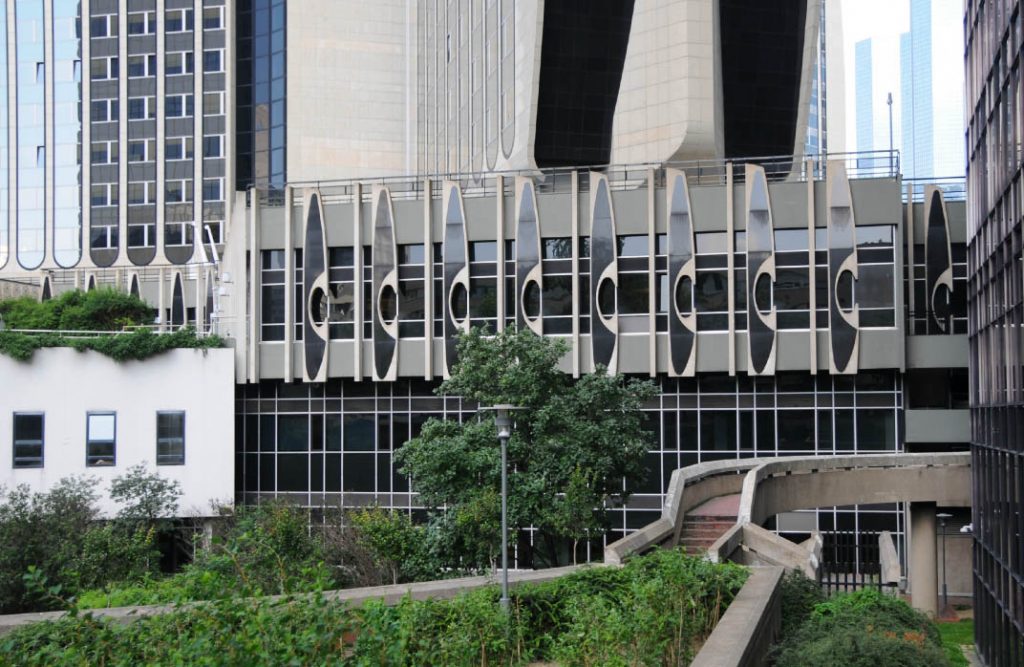 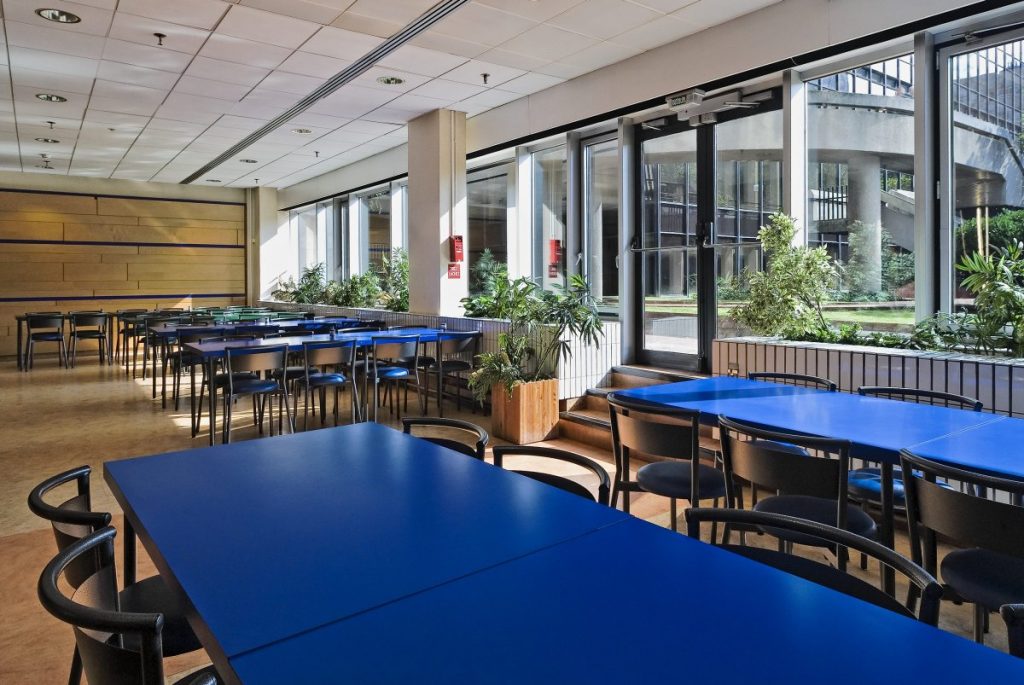 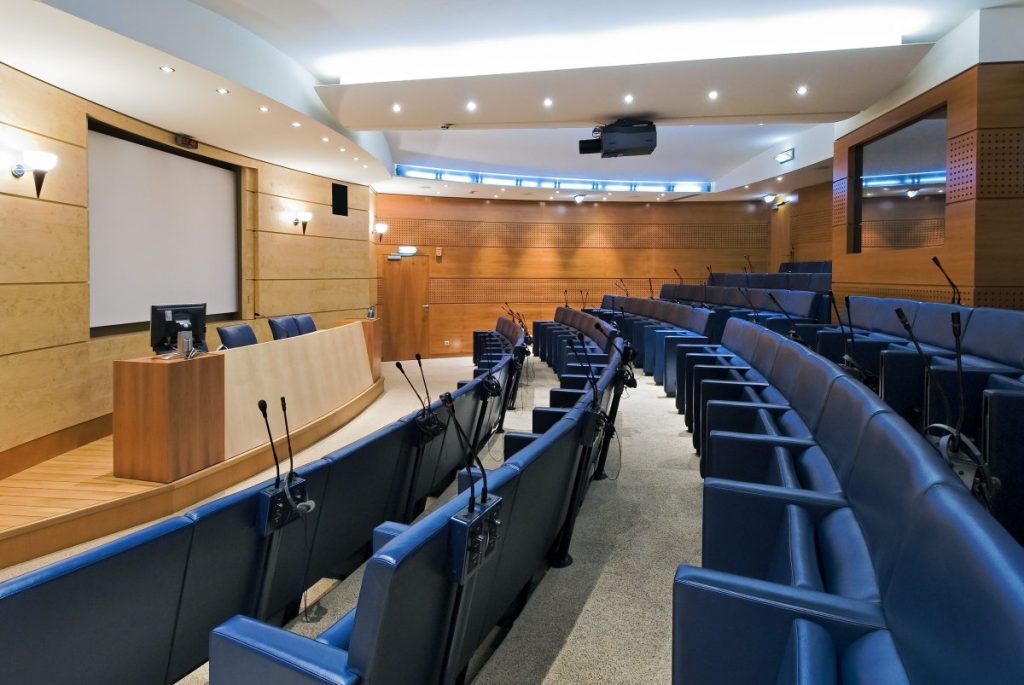 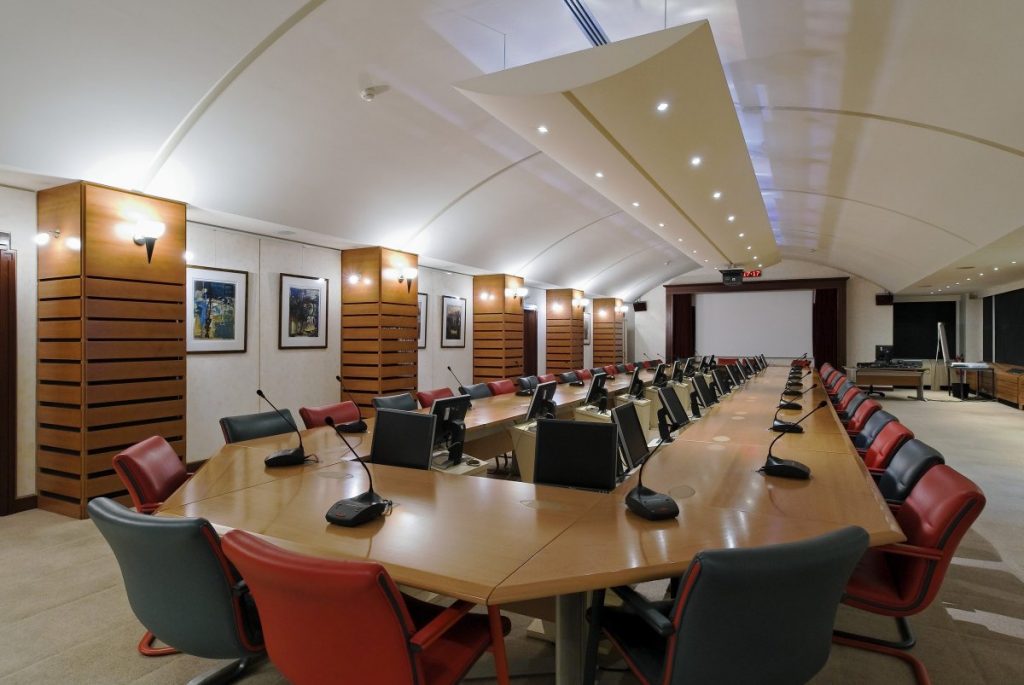 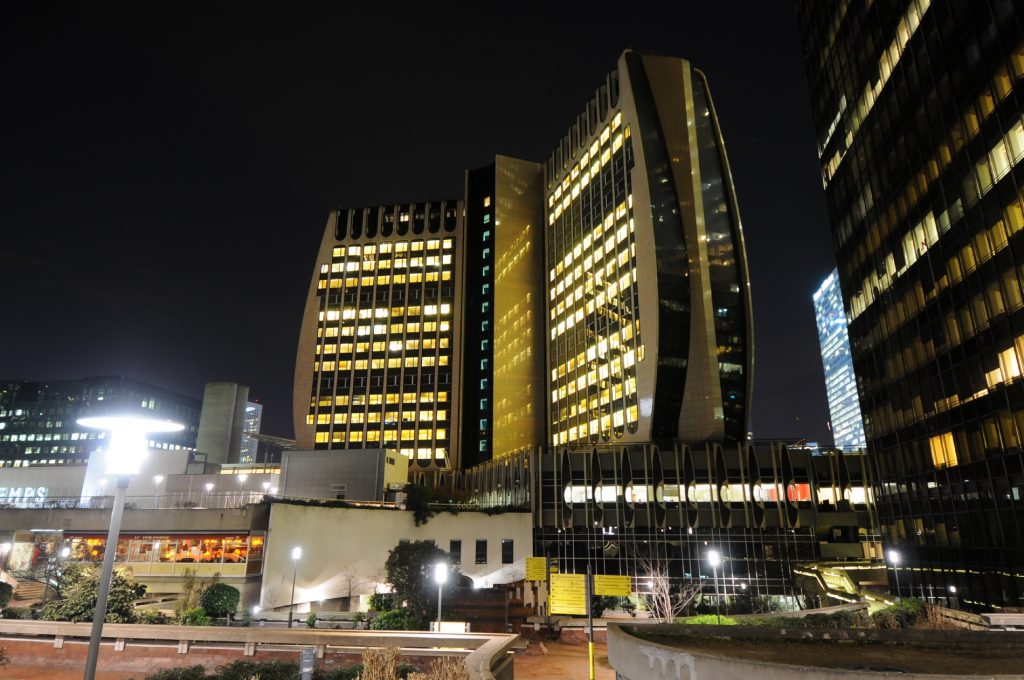 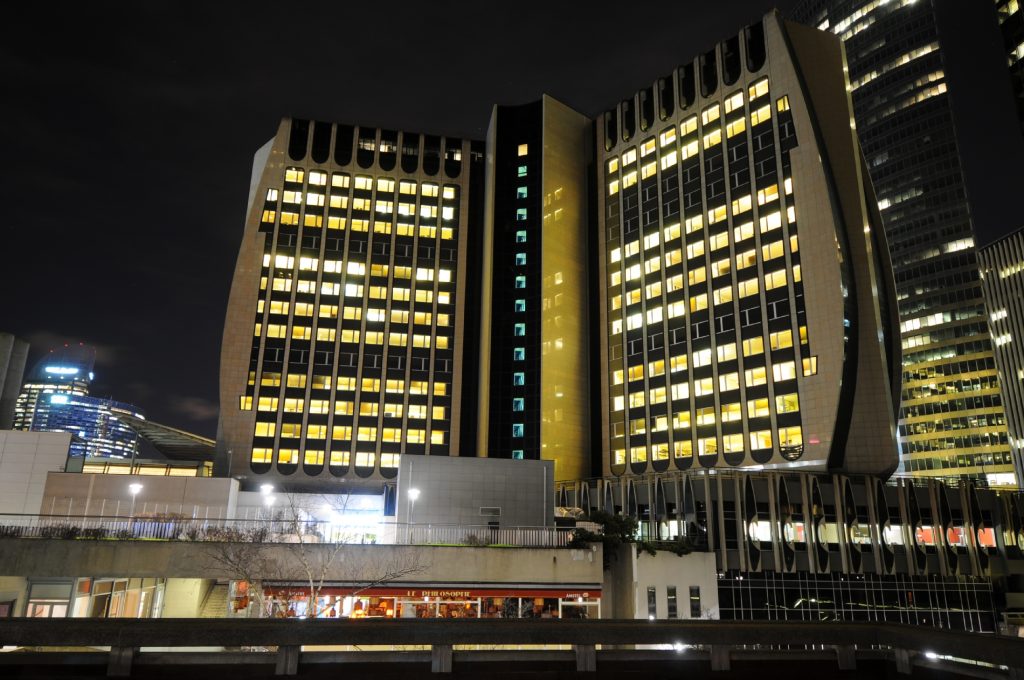 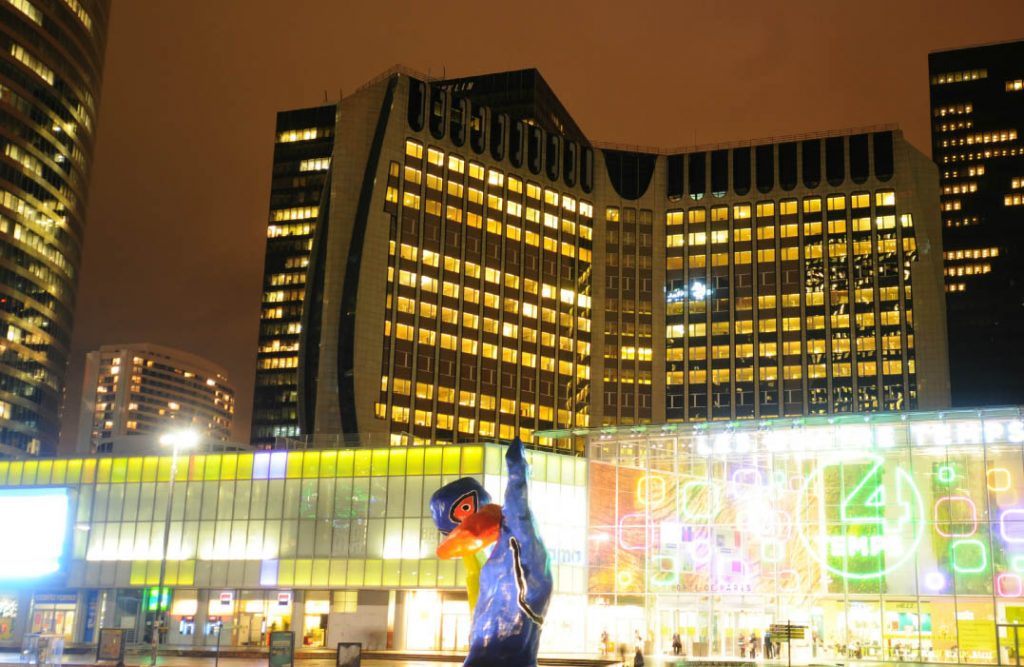 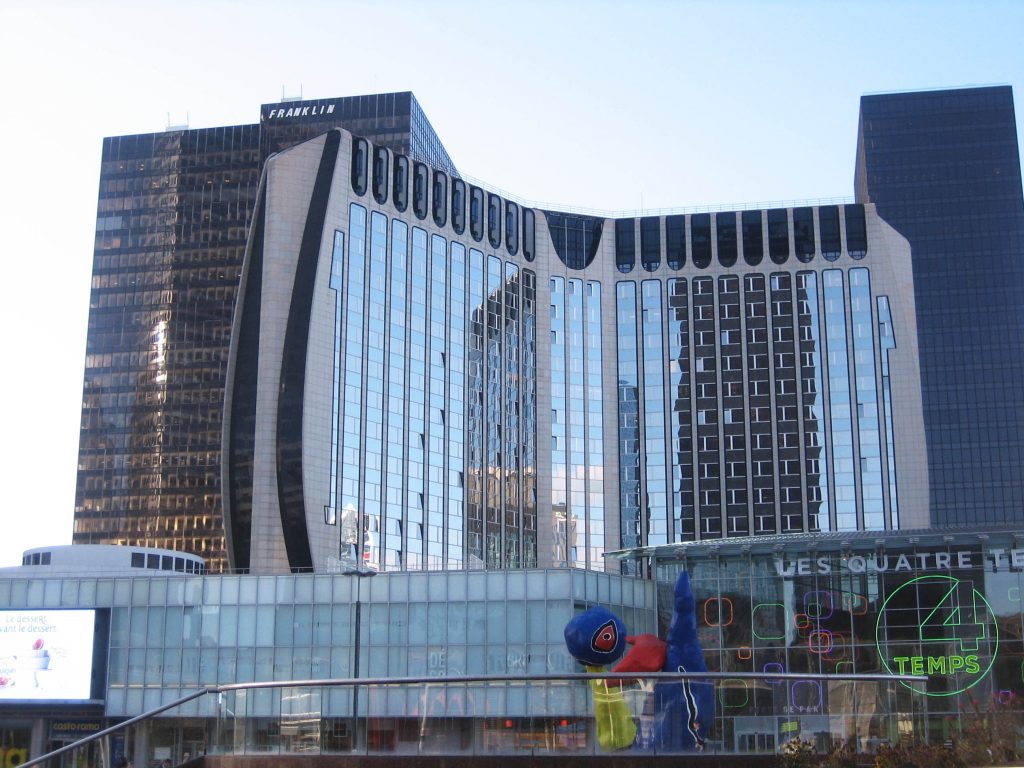 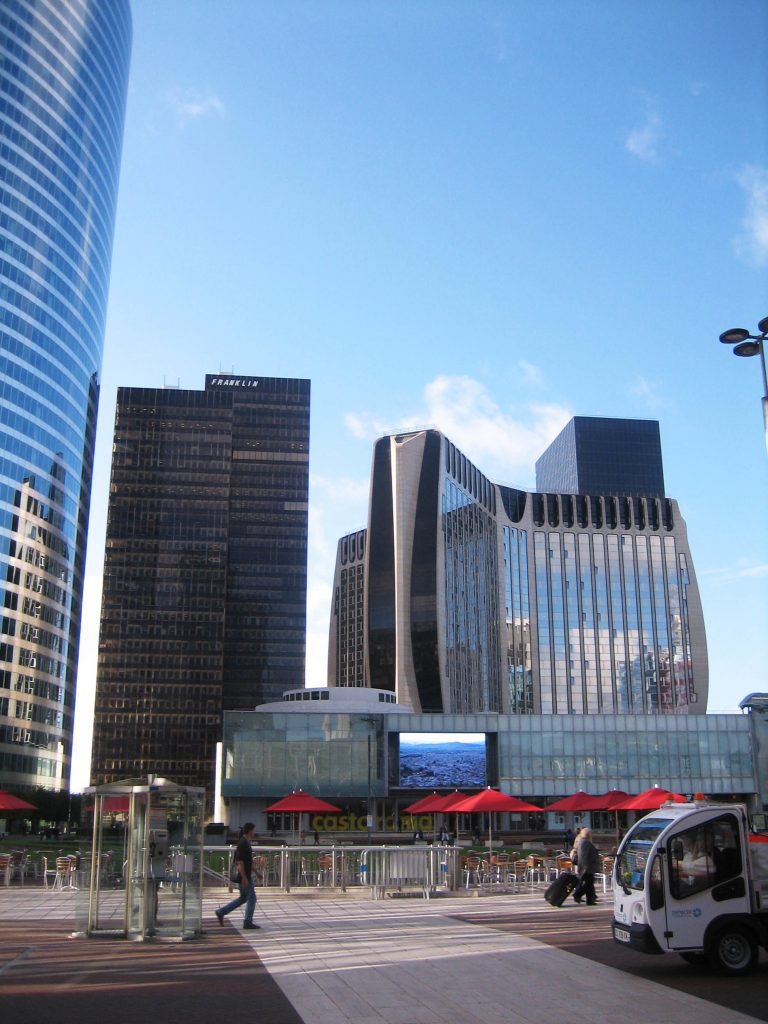 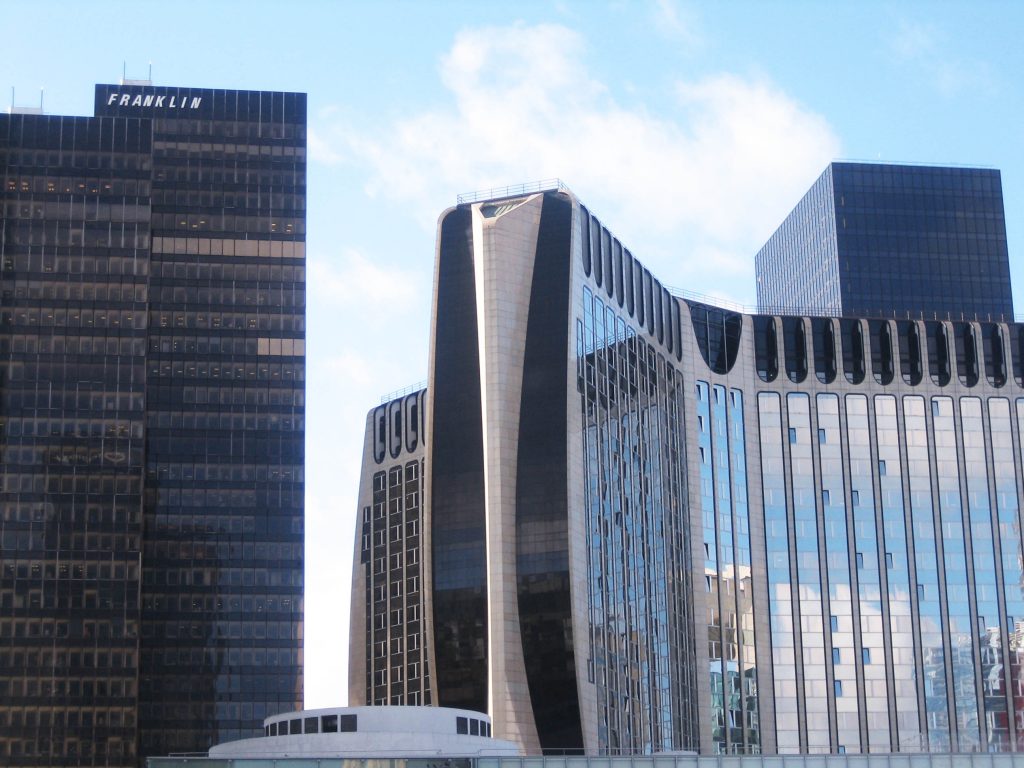 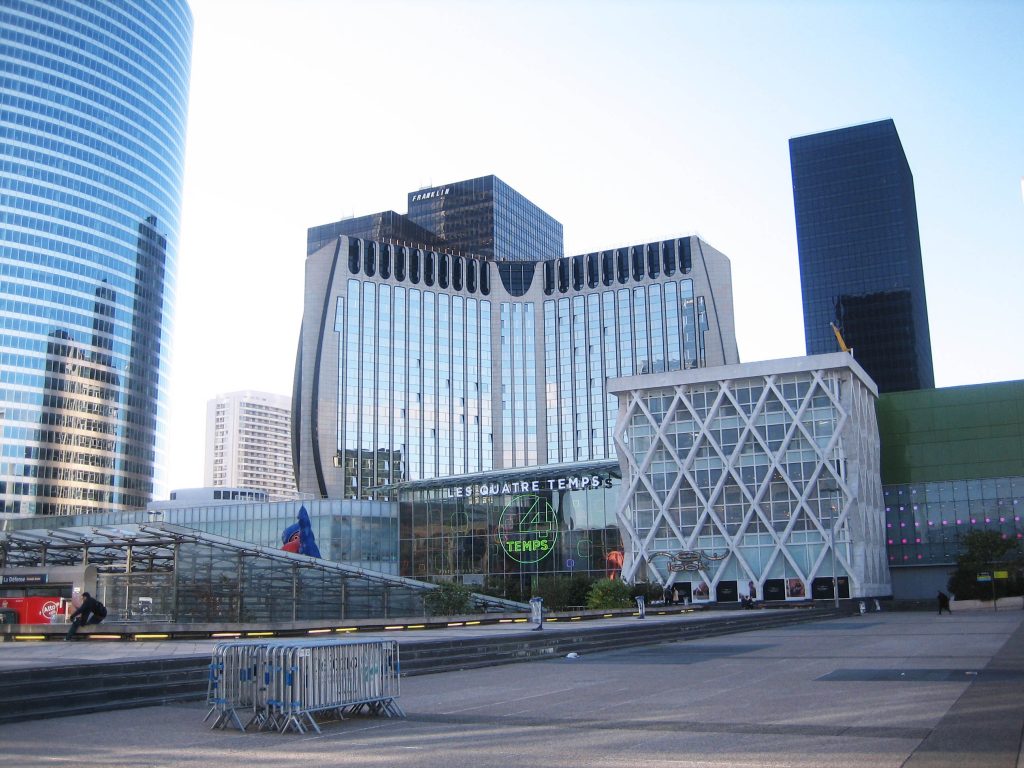 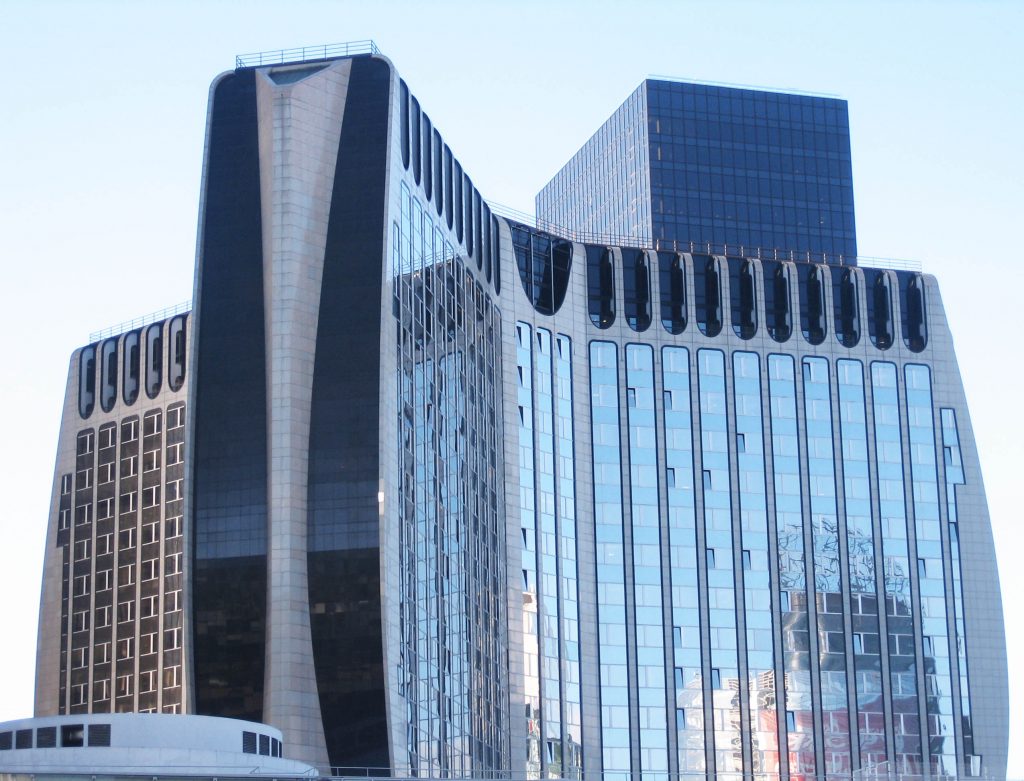 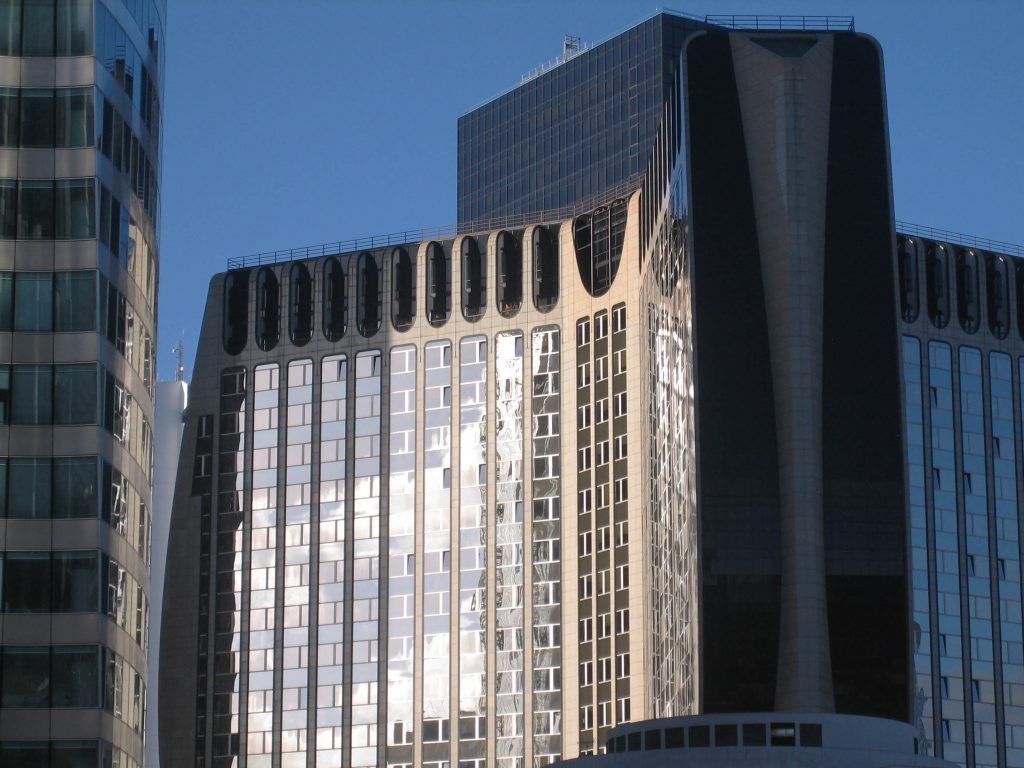 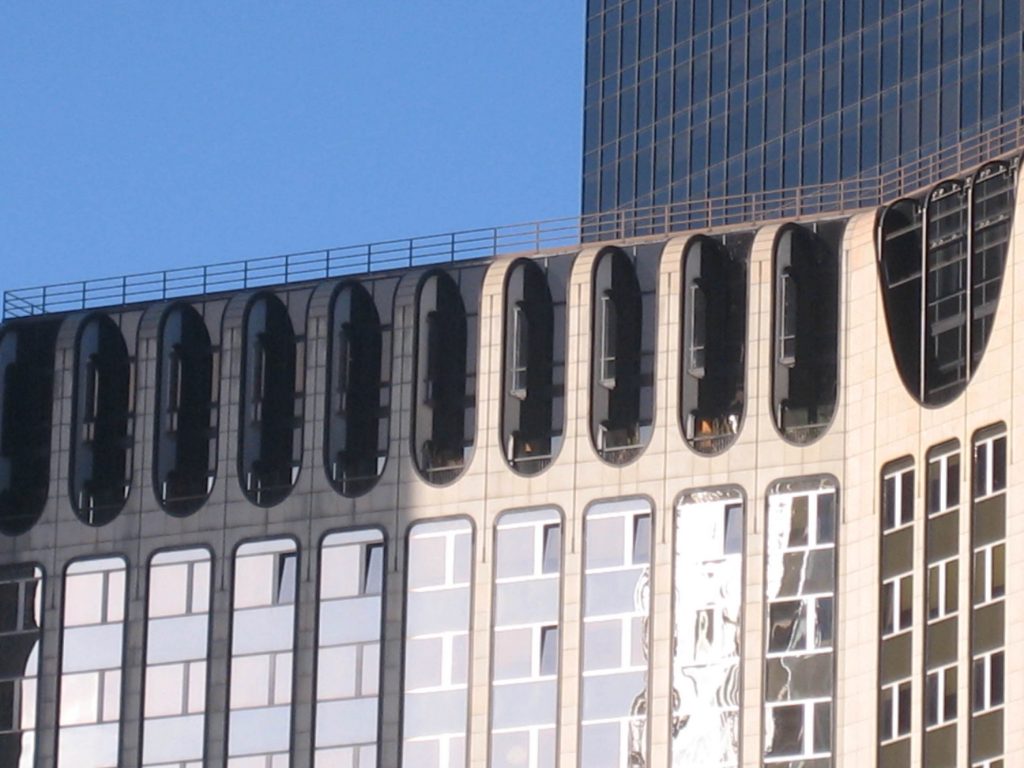 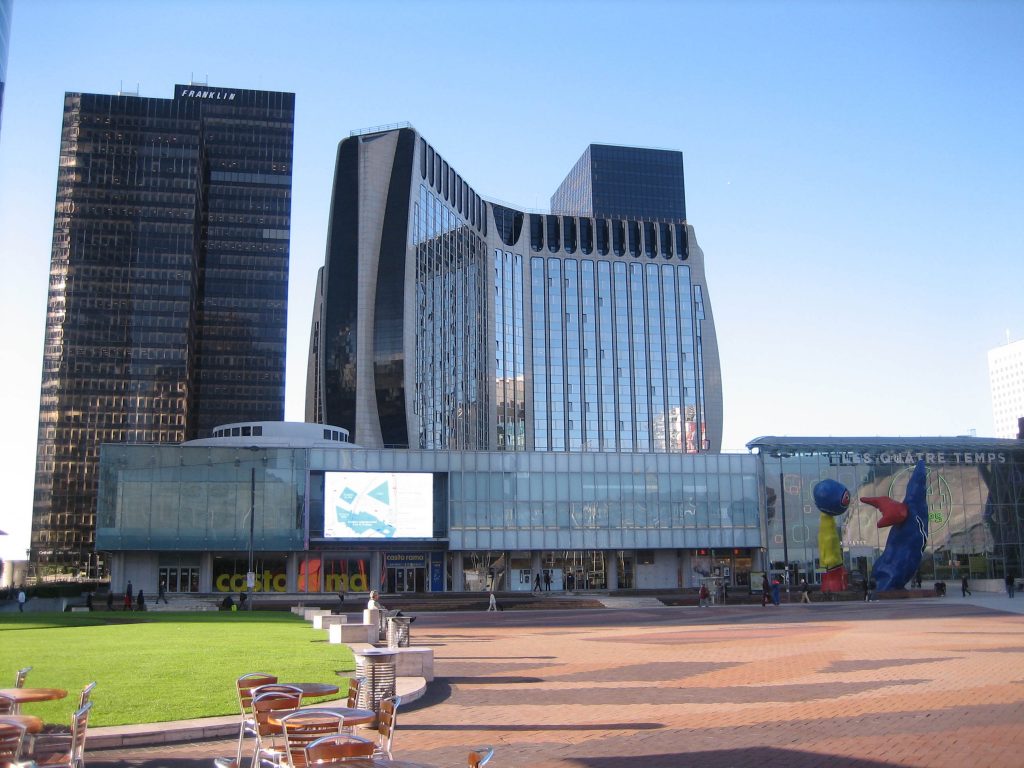