The Royal Gorge is the highest suspension bridge in the world, understanding this as the height from the board at the lowest spot where it crosses the bridge.

It is ususal to read the Millau Viaduct holds this post, but it refers to structural height, which in this case reaches the 343 meters on the River Tarm, from the lowest spot of the highest pillar to the tallest spot of this same pillar, but the distance between the board and the river is 270 meters. Royal Gorge Bridge reaches the height of 321 meters, which gives it merit as the highest.

In his throat a tourist train is travels parallel to the river Arkansas, by the same route that I did the old passenger train in Colorado.

The history of the Royal Gorge Bridge dates back to 1907 when the federal government donated the “Royal Gorge” to the city of Cañon City, Colorado, for use as a municipal park. Given the need to increase the popularity of the park as a tourist attraction, it needed a bridge to cross the Royal Gorge and thus unite the two highest points of the gorge.

The first part of the project was the construction of concrete pillars that formed the basis for the steel towers, which bear the main suspension cables.

Workers of the Lon Piper

Crushed stone, granite, used to create these structures occur in the workplace as a result of the excavations that were made in the canyon. When the concrete foundations were completed, construction of steel towers began followed by the completion of the steel cables that were pulled half inch from side to side of the canyon to initiate anchoring and tensioning to the top of the towers.

Although many inexperienced workers worked in the construction of the Royal Gorge Bridge, and despite the risks involved the project, it was completed in seven months without mortality or incidents.

The bridge was built in six months by the Texas Lon Piper, between June 5, 1929 and end November 1929 for $ 350,000, the cost today easily exceed $ 15 million. But for those who venture through it, either on foot or by vehicle, the experience is priceless.

The Royal Gorge Bridge near Cañon City, Colorado State in a national park through the Rocky Mountains and the Arkansas River, USA.

The bridge was not built for the purpose of serving the transportation service but as a pedestrian bridge and tourist attraction and has remained one of the most visited tourist attractions in Colorado since its construction. By crossing the bridge that connects the Royal Gorge area amusement park of the same name.

It is a suspension bridge with gravity anchors and two twin towers of steel girders of the post 300 tons of steel cable that also bear the brunt of the gateway.

The floor of the bridge is formed by wooden boards that when a car, golf carts or bicycles passes, creates an echo that sounds all along the gorge because of the unsusal weight.

A suspension bridge is a bridge supported by an inverted arch formed by numerous steel cables, which was suspended by the board of the bridge vertical braces. Since ancient times this type of bridges have been used by mankind for obstacles. Over the centuries, with the introduction and improvement of various building materials, such bridges are able to withstand the current traffic and even light rail lines.

Gateway 1292 is covered by wooden planks, of which about 250 need to be replaced annually.

The board is composed of steel girders weighing 1000 tons, on which rests the timber.

The towers are assembled with steel beams and their bases were made with reinforced concrete and granite in the area.

Even more surprising is the superstructure of the bridge, which includes 2100 lines of galvanized wire No. 9. 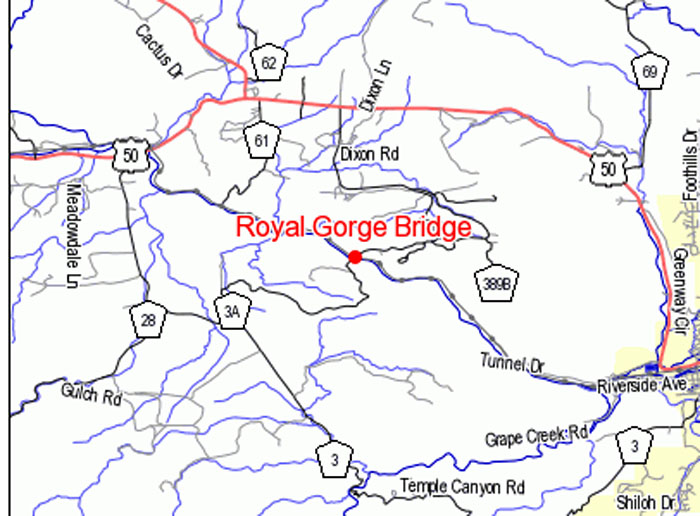 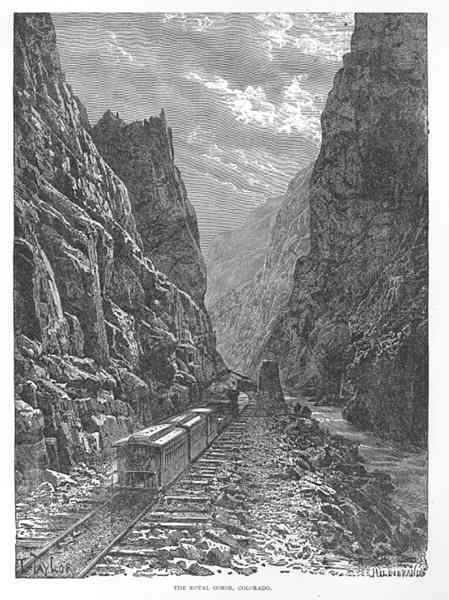 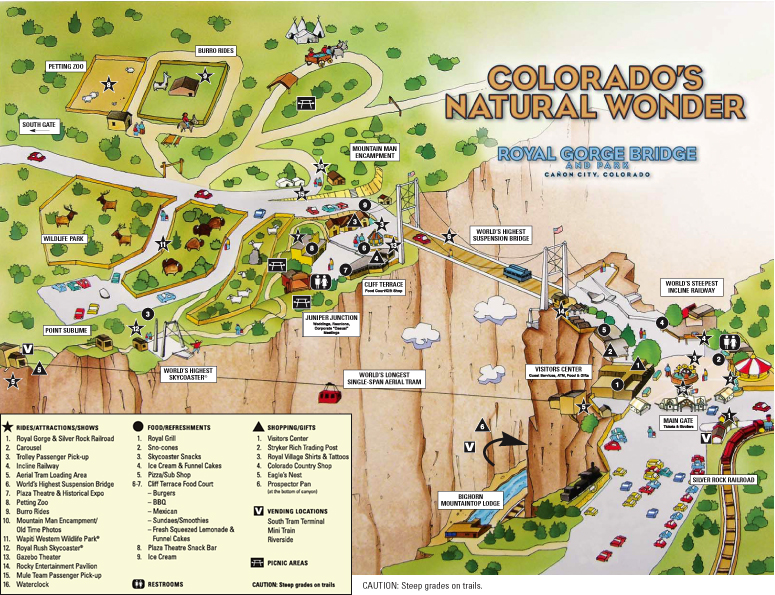 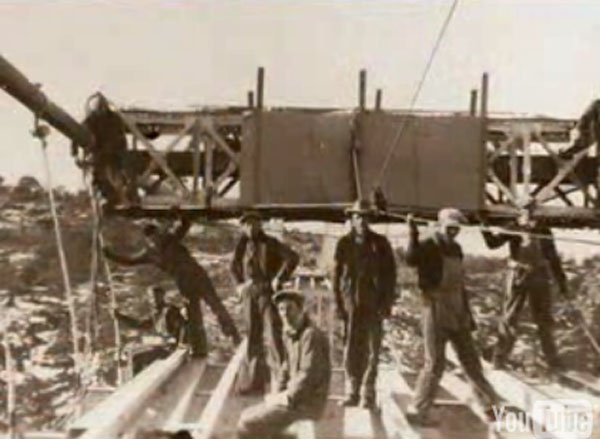 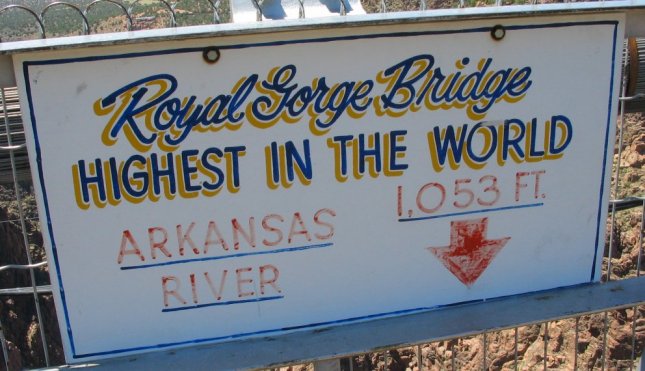 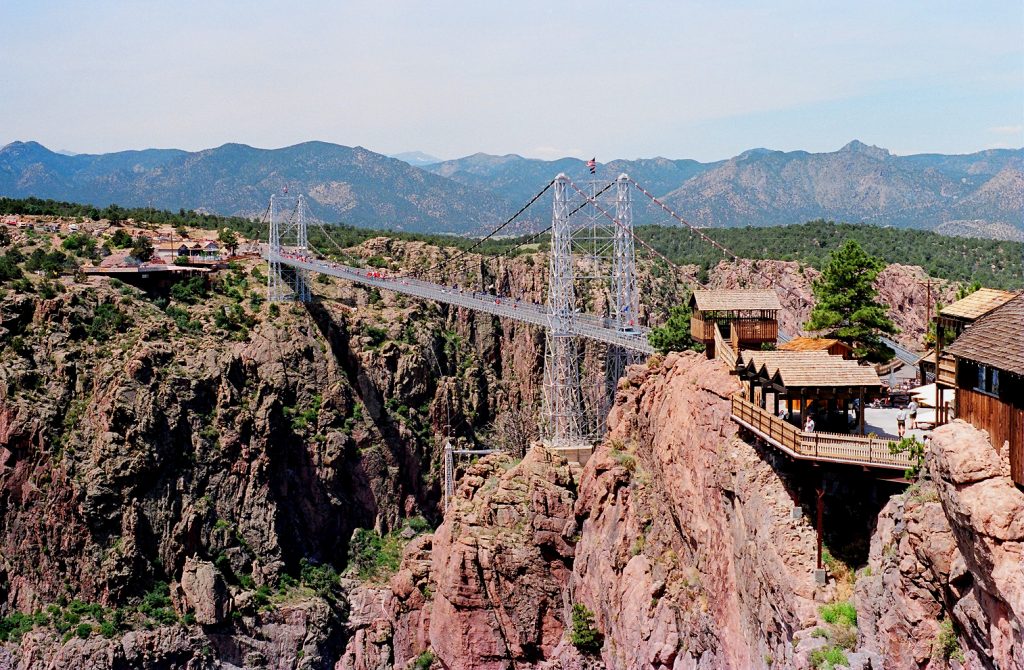 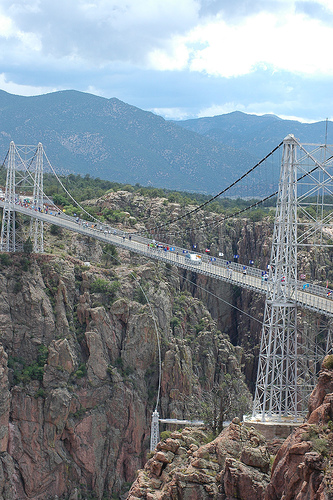 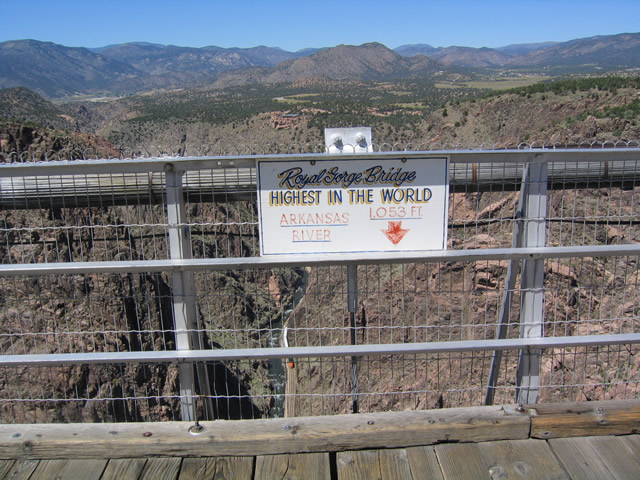 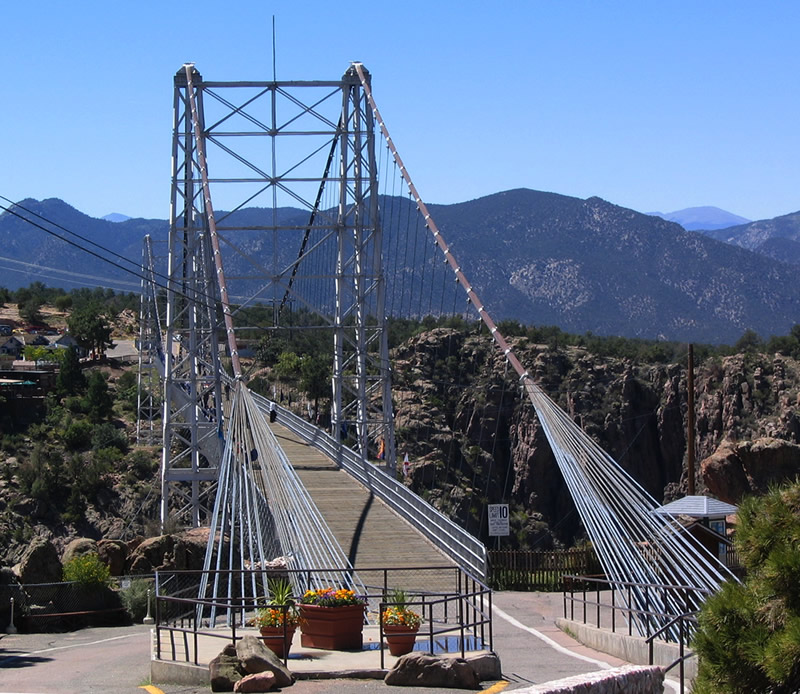 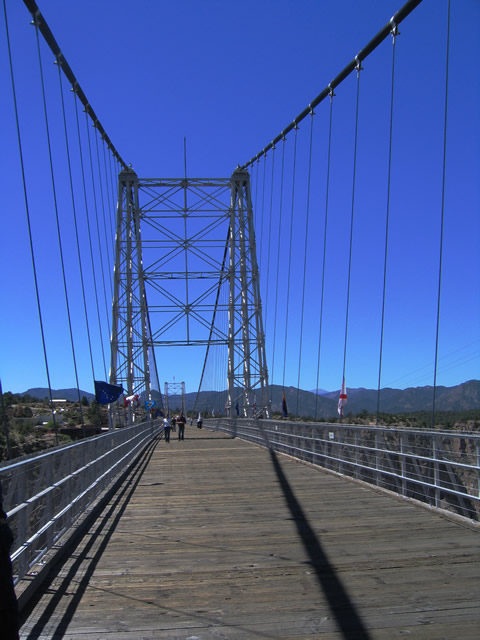 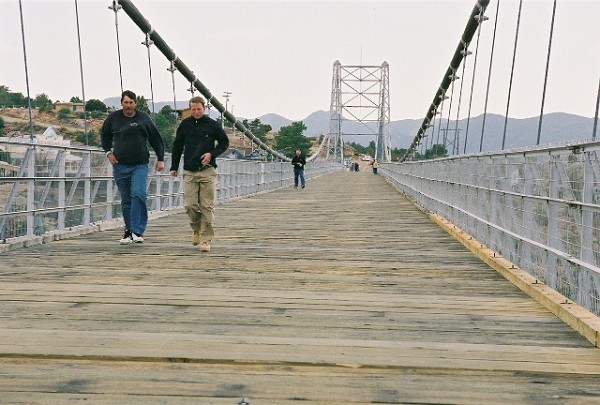 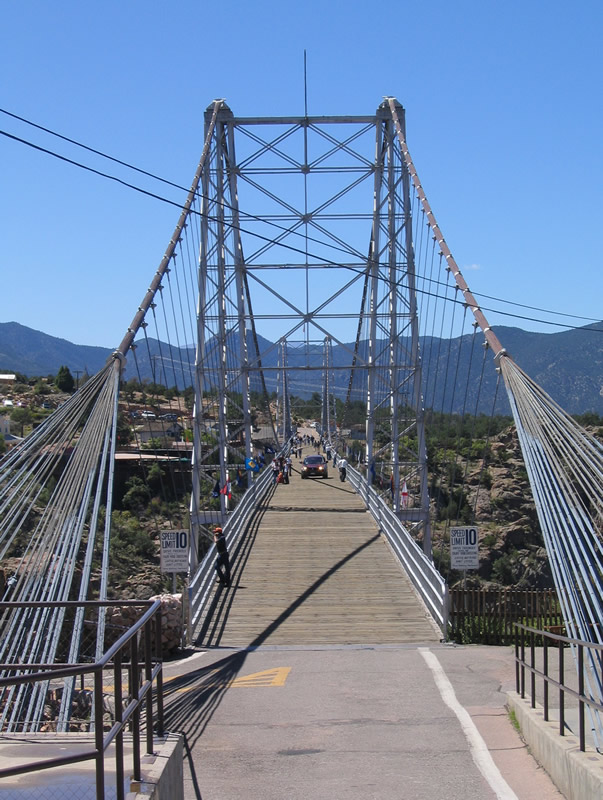 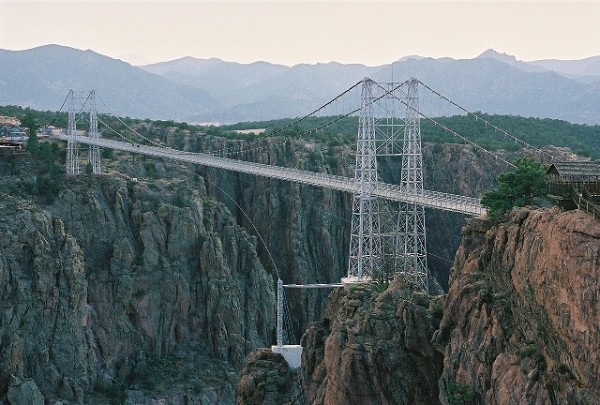 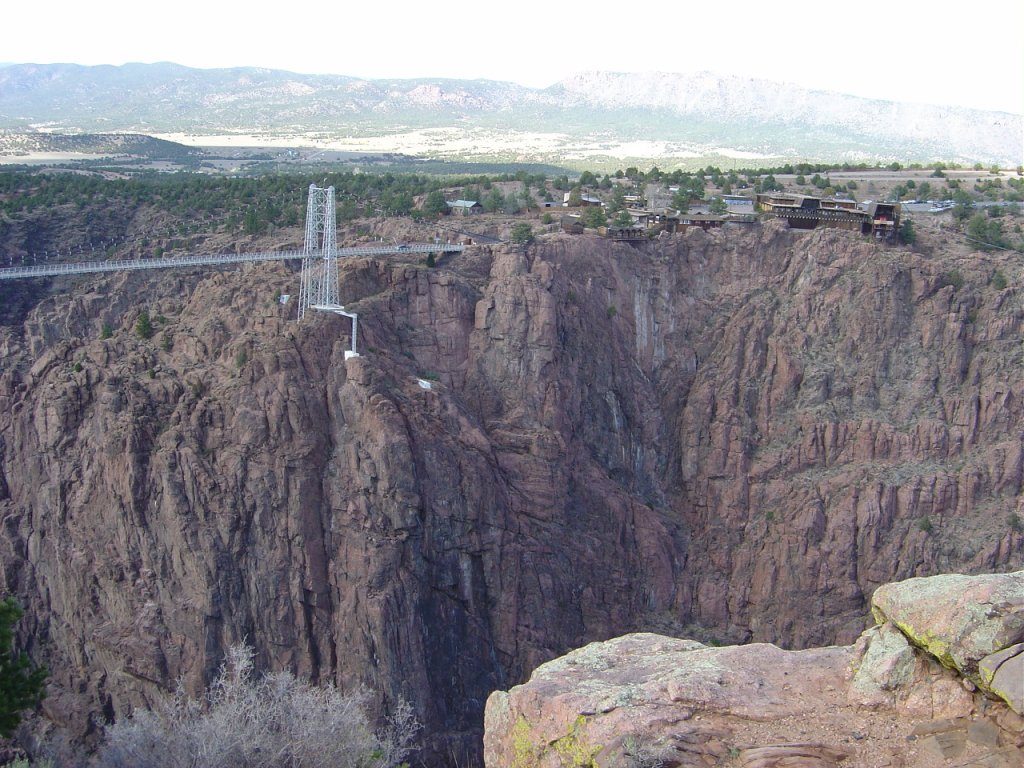 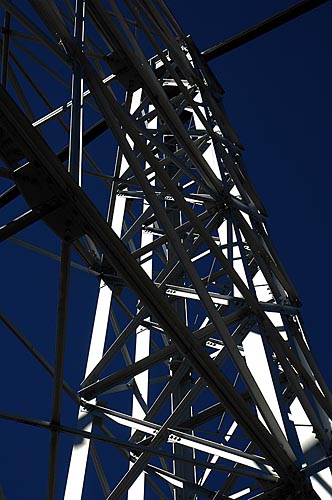 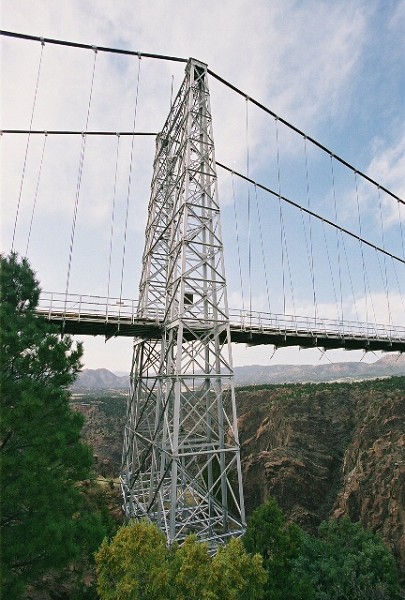 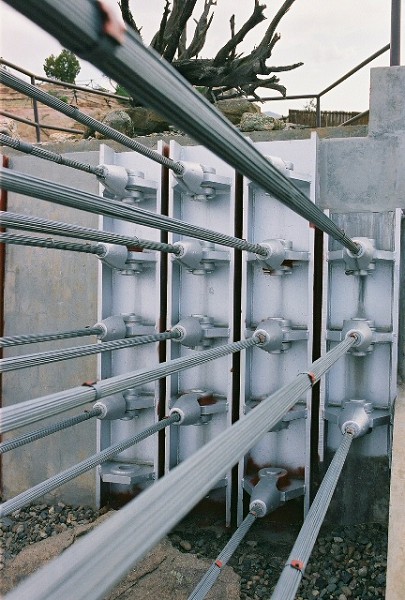 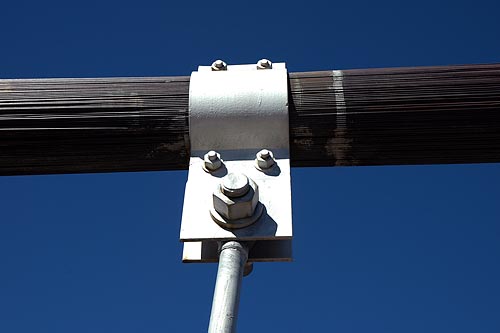 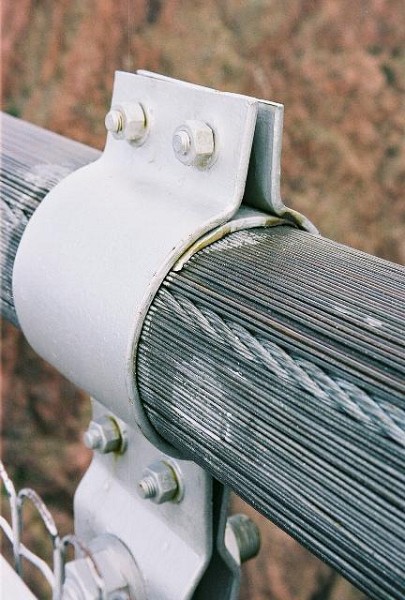 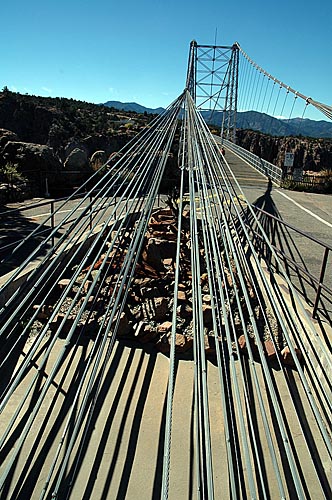 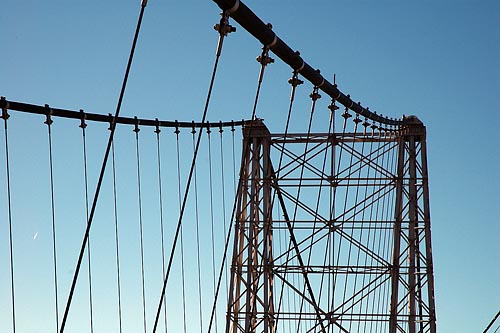 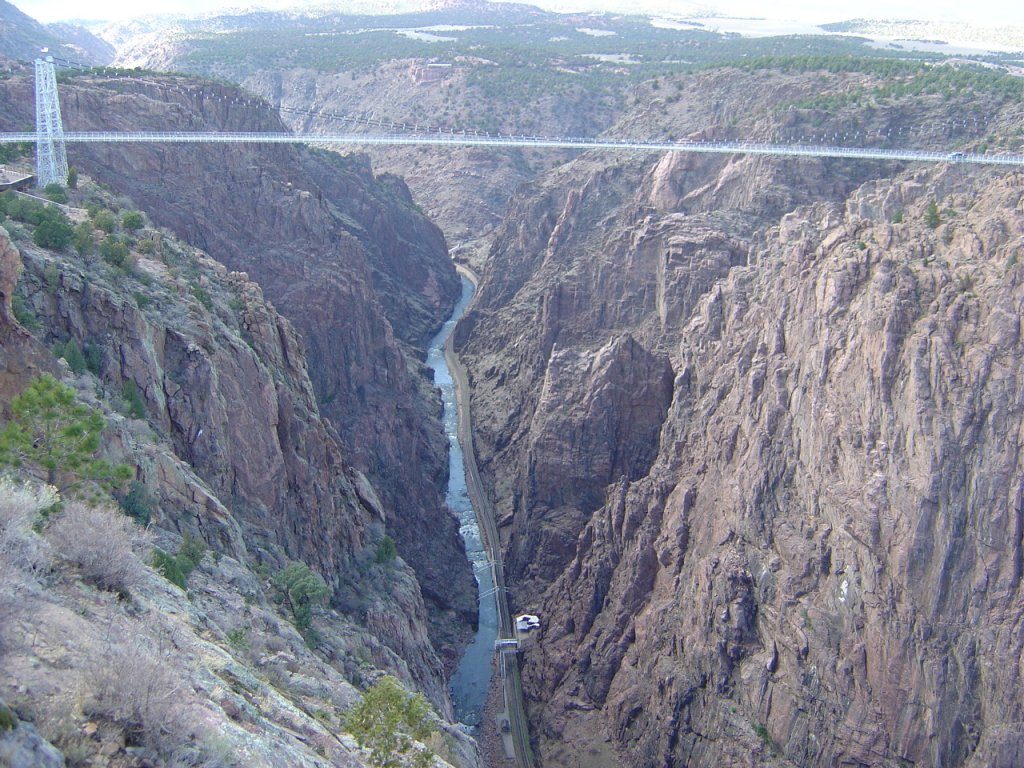 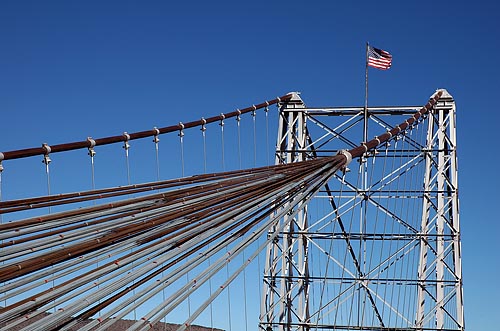 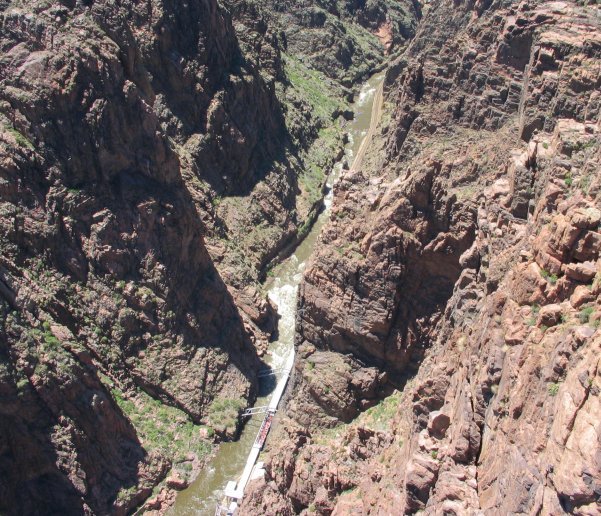 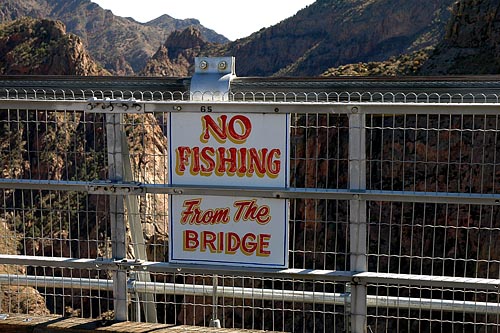 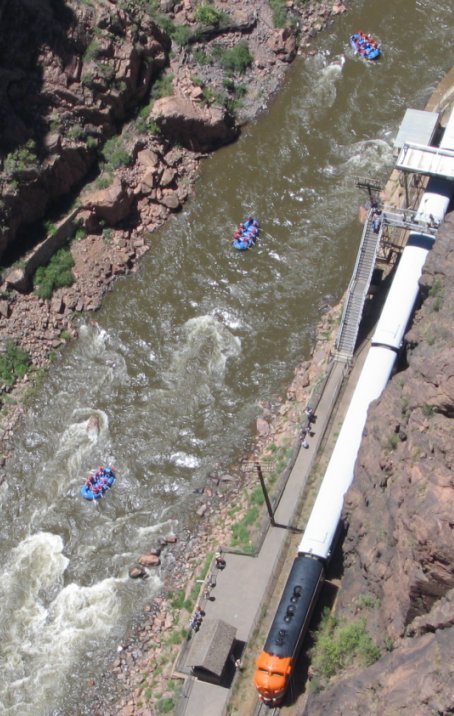 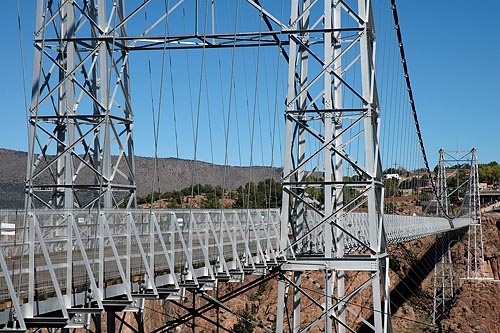 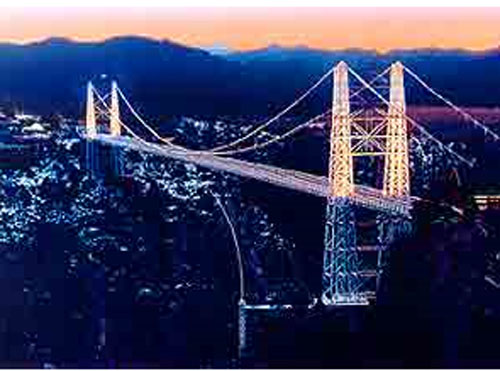