At the time of its construction, 1964, Peabody Terrace building complex was designed by José Luis Sert, then dean of the School of Design at Harvard University, to house married students studying in a center. Today and after renovation continues to host students from around the world and stand as iconic set that defines the profile Cambridge from the Charles River, along the adjacent campus buildings, such as the Massachusetts Institute of Technology (MIR )and Boston University.

The whole complex is an obvious tribute to the Unites d’Habitation of Le Corbusier, representing a vision of a new urbanity, which has implications for a moral agenda. Today Sert still be lauded for its attempt to create a housing model designed to a human scale, modernist dream in order to create a better society.

The architects were recognized with an Award of Merit from the American Institute of Architects in 1965.

The buildings are located at 900 Memorial Drive in Cambridge, a short distance from the Harvard Business School and the Kennedy School of the same university (Harvard Business School and Harvard Kennedy School) in Massachusetts, United States. The resort is about a ten minute walk to the grocery stores and services. The construction on the banks of the Charles River marks the southern boundary of the campus.

Peabody Terrace was built on land belonging to a factory, typical construction at that time in front of the rivers, but also occupied a block and a half disperse houses also looked at the river, such as the dispersion of homes in rundown neighborhoods Cambridge.

In an area of ​​about 60.000m2, Sert developed a project for married students, self-sufficient and able to provide services to its residents privacy while integrating all the Riverside neighborhood classified as a low-level area in your quality of life and therefore liable to be seized with urban regeneration projects in the Cambridge Redevelopment Authority.

The building housing the smallest unit, the organization of these austere in compact blocks, the deployment of large public spaces for meeting and collective benefit, and urban proposal seeking proximity and integration of the city, lead us to think that this urban-architectural proposal is designed not only solving their specific purpose, but also was thinking of the ideal of a set of “collective housing” which serve as prototype modern urban development. Peabody Terrace design represents for many scholars a shining example of urban planning at a micro scale. In his small plot of land, masterfully joins and appropriates century lessons on design and planning that preceded its construction.

European architects who emigrated to the United States After World War II were grouped into the CIAM. They defended the ideas introduced by Sert in 1942 with his book “Can Our Cities Survie?” (Can our cities survive?), A city-based functional traffic segregation and pedestrian, with a community center to strengthen the institutional presence. These ideas based on the European experience of collective housing between the wars which then led to the British garden city was not received as expected by Sert in the American public was too refined and austere architecture against tradition and success of the dwelling unit americana.

According to Lee Cott, project architect for the restoration of the complex in 1994, the primary objective of all housing in an urban site as the Riverside in Cambridge was looking for… “the perfect combination of the ideals of architecture and design urban modernity. Architecture and urbanism supporting a full and healthy life for their residents. Sert’s ambition was no less than to create a new high-density neighborhood in which all human needs were referred to in the environment, providing privacy and a sense of community “… (Cott, 2003).

Twenty three storey towers individually placed in different positions are connected with the other lower buildings or L-shaped wings simple quadrilaterals arranged to form small so that between them can be located in public areas. The inner courtyards follow the existing pattern of houses along the Charles River. Larger spaces on the perimeter contain recreational areas and external parking structure.
This apartment complex was built in 1964 and renovated between 1993 and 1995, contains 492 apartments for 1,500 people spread over three towers high and some low-rise buildings.

The low buildings are three and five floors, rising to seven in transitional places the highest towers, 22 floors, seeking thus integration with the surrounding three storey family houses, usually built of wood on a brick or stone and overlooking the river. Just the facades facing this neighborhood are raising three levels, adjusting to the neighborhood.

The elevators are located only high-rise buildings, 2, 11, and 24 and only stop on floors 1, 4, 6, 9, 12, 15, 18, and 21. In the high towers announces distribution space entry to the department that usually ends in a window and a balcony that runs the river view. The box contains the only ladder stairs of the building.

There are several types of units. At levels of corridors, where apartments are not possible for reasons of space, there are small studios with kitchenette and lounge, and units with a bedroom and living room are those opening onto a balcony.

On floors where there is no broker, departments have one or two bedrooms, provided with access to a balcony, ensuring the possibility of exit in case of fire. All apartments have services located on one of the walls, so that the opposite wall runs continuously from one end to the other of the housing creating an effect of spaciousness in the units that are actually quite small.

The towers are especially interesting to propose an innovative solution to the problem of brokers alternates, meet national fire codes. The balconies solve the problem of fire code, providing alternative outlets through the adjacent apartments.
They also offer an outdoor seating area and protected from the sun in the facades exposed. The balcony structure is placed on the building surface as a three-dimensional grid lined. This grid or matrix artificial and organizationally interesting corridor system reflects the three levels.

Sert artistically modeled grids functions of the facades, distributing on several levels. It was designed long before the widespread incorporation sunscreen functions in contemporary buildings, the use of “Brise soleil” that provide varying degrees passive protection against the summer sun, while permitting the passage of the rays the sun, at an angle lower during the winter. Sert’s fondness for the implementation of these features may be rooted in the strong sun of his native Catalonia.

Despite its high density, 250 persons per hectare, the resort offers spacious urban spaces. Pedestrian streets were opened these public spaces communicate with each other but also in Riverside neighborhood and the rest of the campus.

The most prominent public spaces of the project are the square and gardens.

The square is at the center in Peabody Terrace. Located on the junction of the north-south axis, east-west, is the symbolic refounding of the site and provides a space for rest, promoting social relationships and encounters between neighbors. And staggering proportions of surrounding buildings are properly treated, thereby, eliminating the impact of twenty storey tower its side flanks. Also, the game of the facades with balconies and differentiation of structure and prefabricated enclosures joint work with volumes that make up the square.

Sert handles your project scale, both spatially and sensory, from the metropolitan to the neighborhood and finally to the residential. Since the city is accessed thresholds gently buildings leading to the square and from it, more quiet hallways of the buildings and walkways leading to the departments.

On the east and west side gardens provide a green area neighbors and a sense of freedom that counteracts the oppression that could cause high towers and high density of occupancy.

During the time that the weather permits are used for outdoor events, both by residents and by the rest of the university community.

The main materials used in the construction of the complex are reinforced concrete, iron, brick and glass.
Today, the tall towers are important examples of modernist design made with poured concrete “in situ”, being visited by architects from around the world who study the iconic housing complex.

The building block of the complex is a standardized system modules three floors with six units, built on a central staircase with a corridor three floors high.

After 30 years of inadequate maintenance, Bruner / Cott Architects conducted a comprehensive renovation and modernization of the set that included both the exterior and the interior.

Outwardly repaired the concrete enclosure is completely replaced the original walls of windows and took out a full accessibility review.

On the inside of the buildings were improved all critical building systems. In collaboration with students, tenants were defined problems and support was given to the rehabilitation of the spaces according to a contemporary lifestyle, both in public areas and in the apartments.
This restoration was acknowledged in 1998 by the Boston Society of Architects and in 1995 received the AIA New England Design Excellence in Architecture. 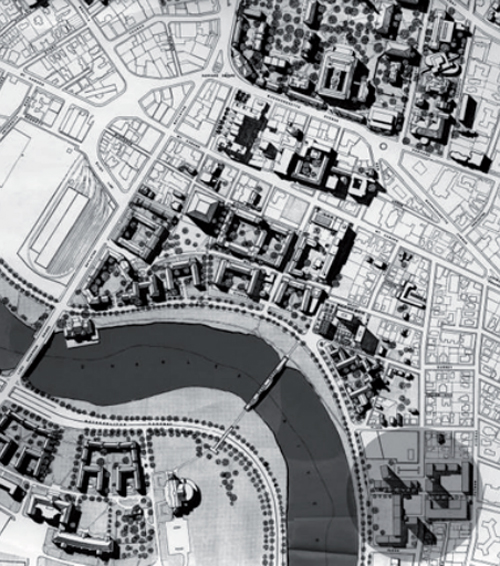 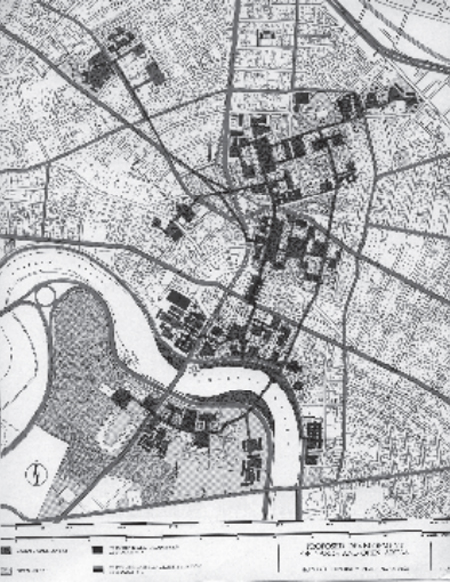 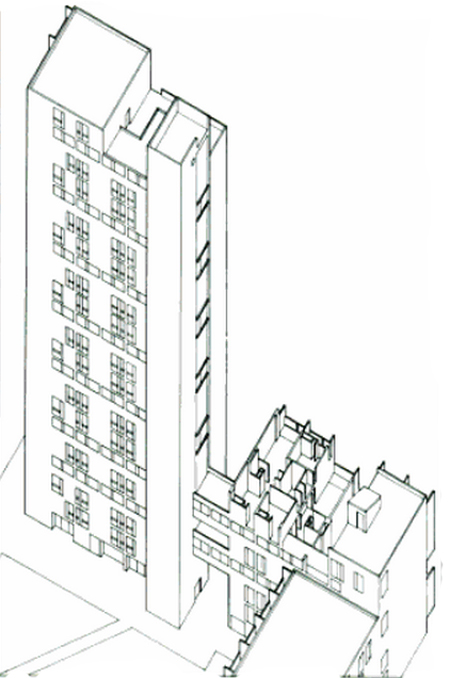 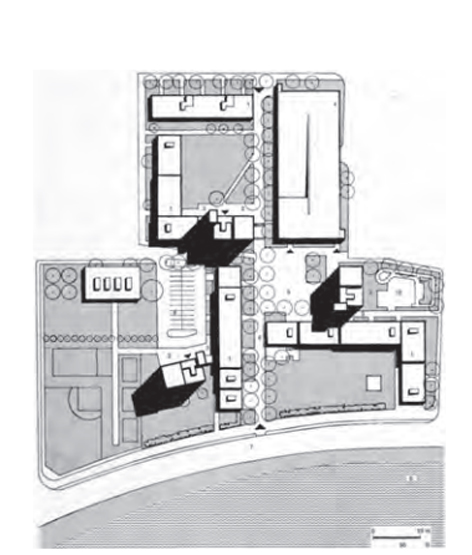 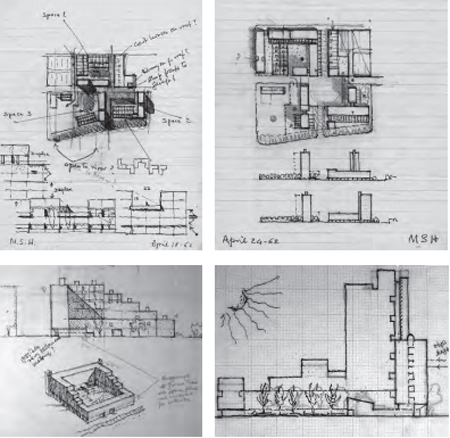 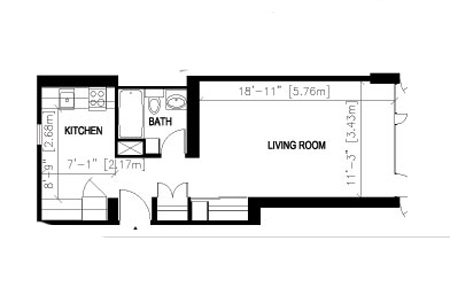 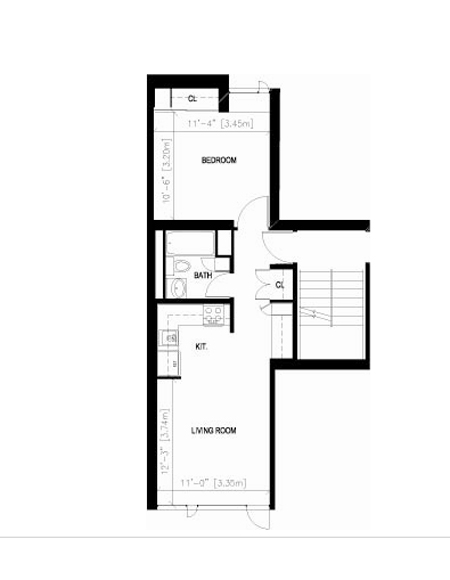 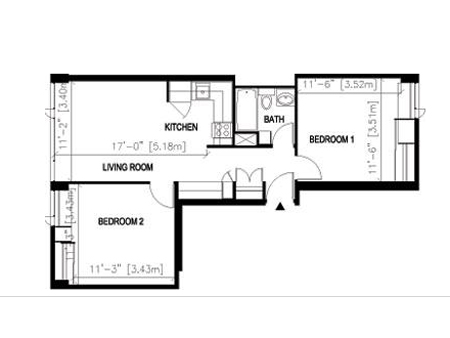 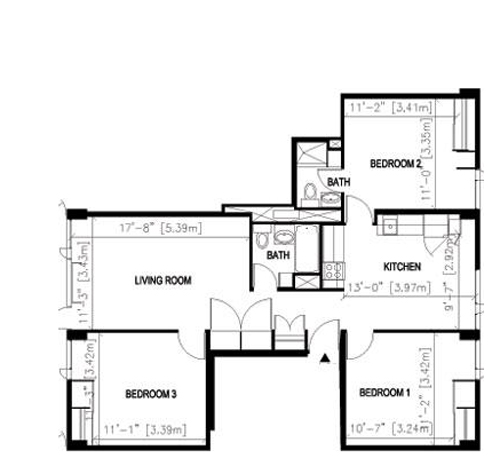 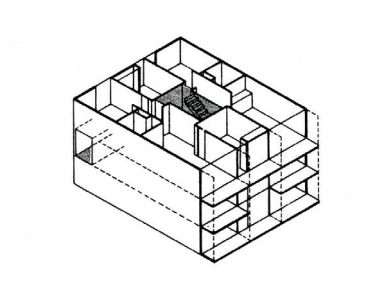 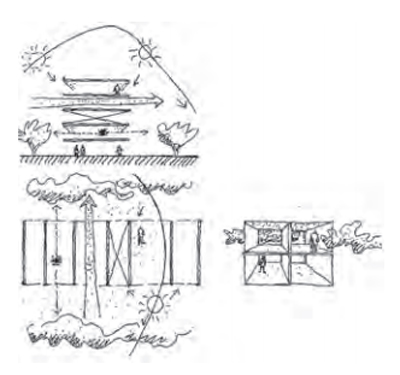 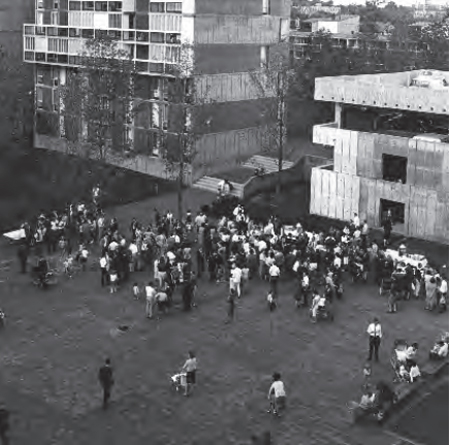 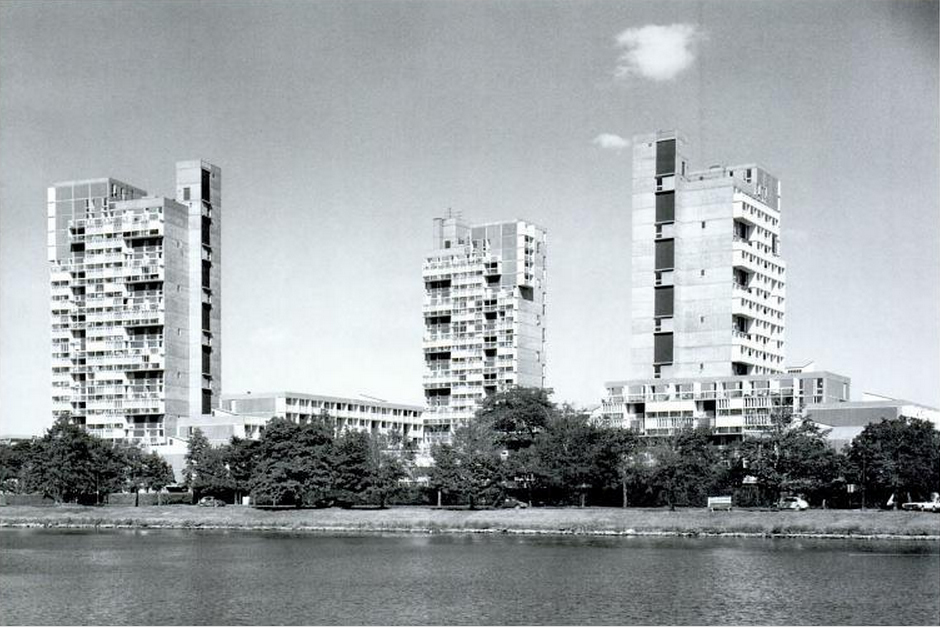 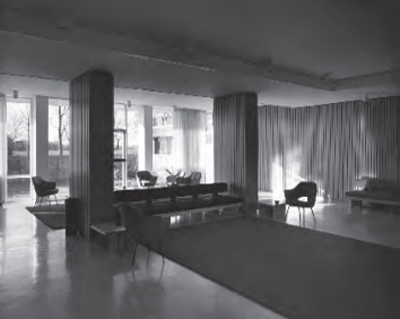 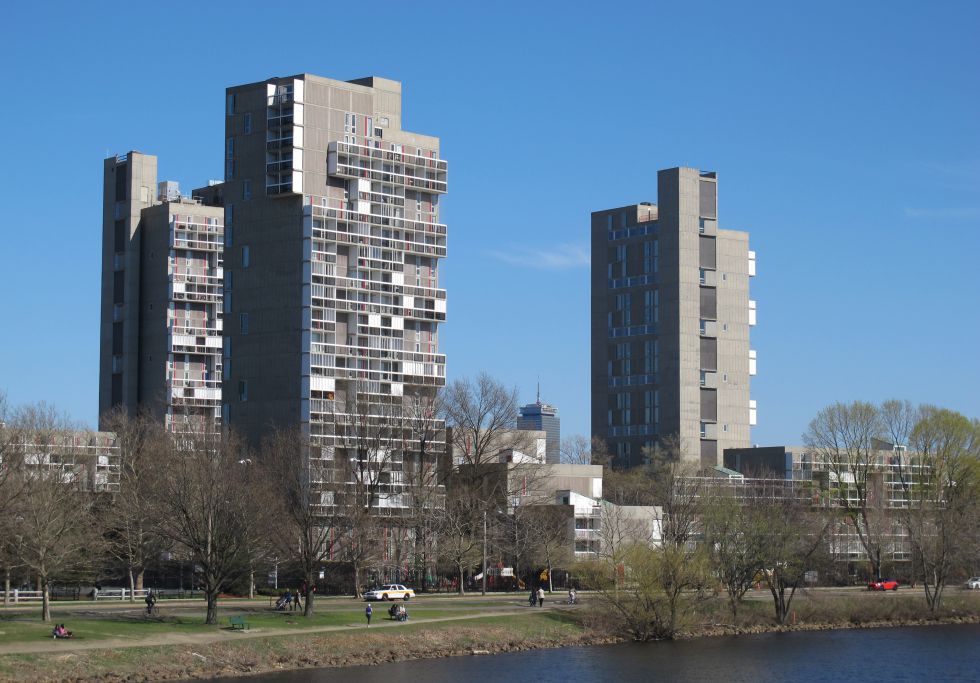 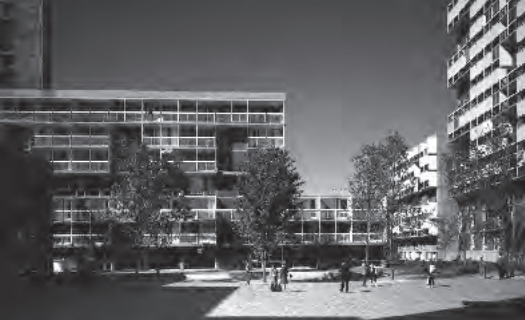 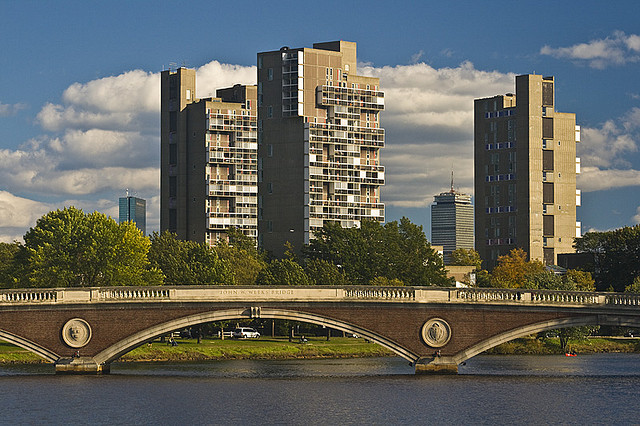 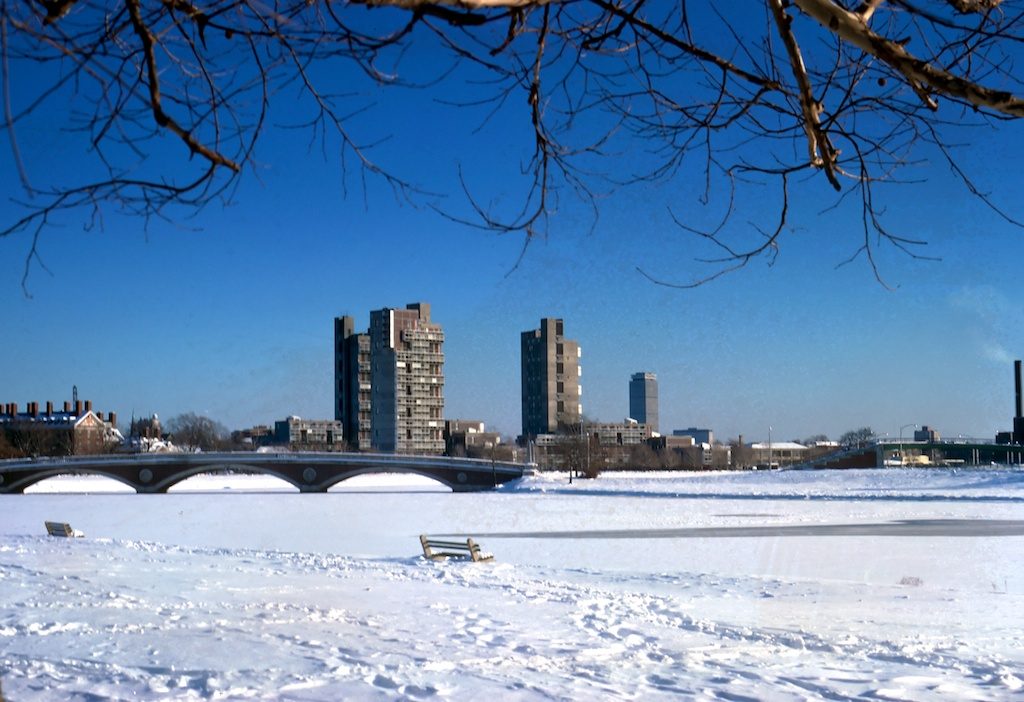 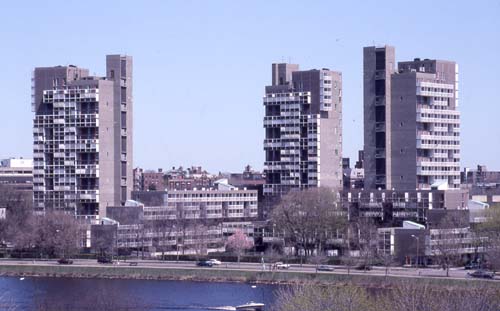 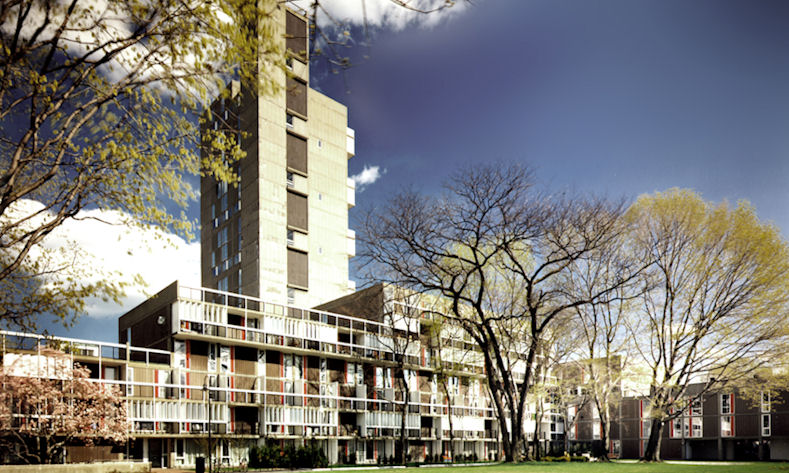 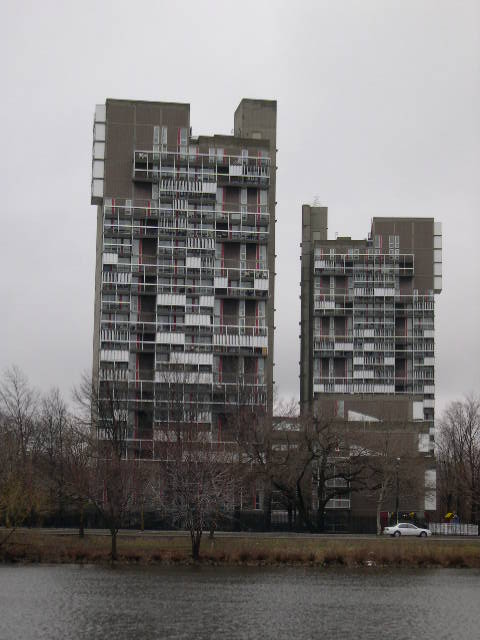 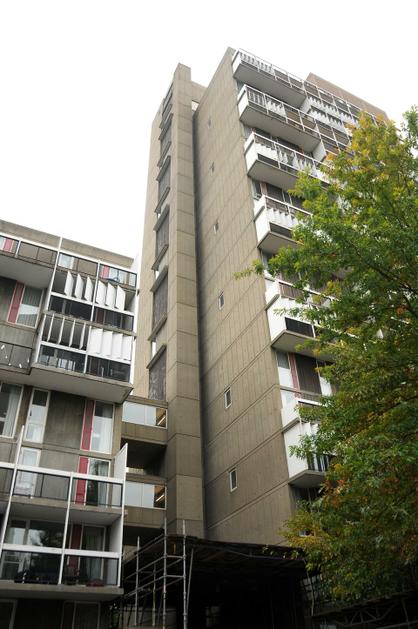 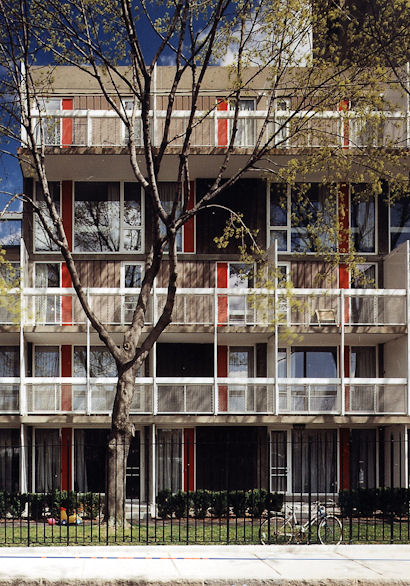 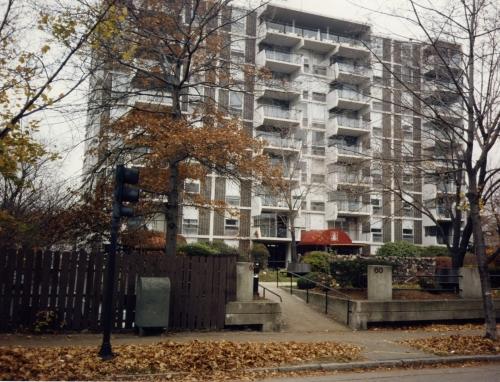 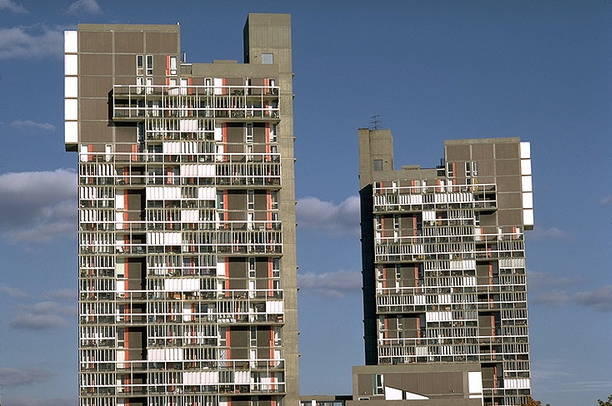 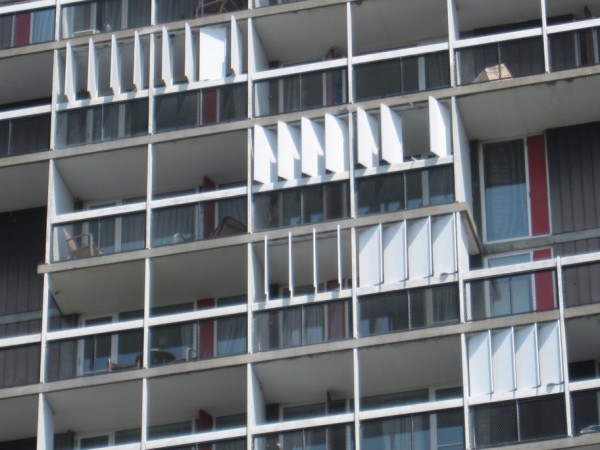 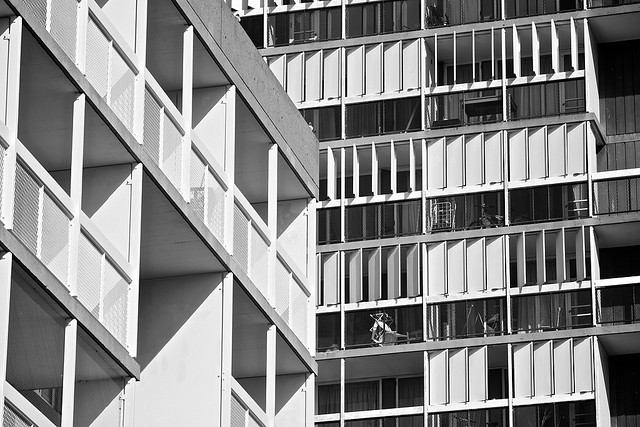 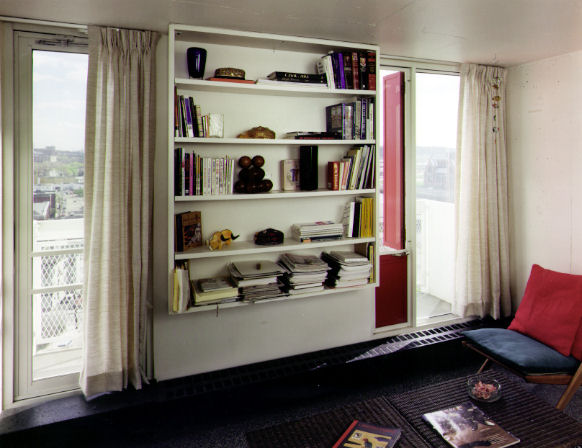 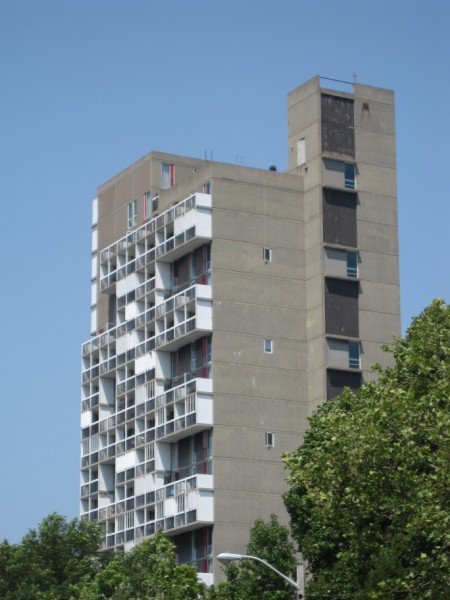