In 1922, some time after beginning their collaboration with Ozenfant, Le Corbusier made a home-study for the painter. This is the first work that Le Corbusier built in Paris.

However, it was not the only, since that same year and the following other projects designed to house painters. By then, Le Corbusier had already been investigating the new materials (reinforced concrete), and had also developed some of his most important work of youth: Citröhan Mansion or L’Esprit Nouveau Pavilion and with them, his theories on housing, standardization, new structural systems and architectural language that would accompany them. These houses studio, not represent a true embodiment of Le Corbusier’s theories (or, as he was the Villa Savoye) and are a reflection of many of them: the facade free, independent of the structure and therefore capable of allowing light to enter a couple, or the standardization of the window on a human scale.

By changing the mourning house was a reform that transformed the play completely. Although at first glance the changes introduced by the new owner might not seem as important as the conceptual point of view:

Were eliminated, for example, teeth that saw and finish the edficación were already a brand identity.

Glass cover that hid these teeth and saw where the survey was also Ozenfant change a slab of concrete solid and opaque, so the perfect cube of light in which Le Corbusier had thought had disappeared.

The house is located on the corner of Avenue Reille in Paris, France.

The site is bounded by the adjacent buildings.

From the top floor, the views are best, and the lighting is caused by three sides.

Access to housing is generated in the facade that faces the side street. Cover and zigzagging staircase reaffirm their dominance.

In this book, Le Corbusier says the volume from the value of the plastic composition.

The ledge disappears, and only in the abstract, it appears in the corner of the floor pointing accesses. Besides the broken line coronation, in his meeting with the cover, replacing the traditional auction item while emphasizing the silhouette of manufacturing and industrial aesthetic appearance of the house. Le Corubusier for the workshop was a painter as the factory where they produced their art and therefore decided to use for studying the shape of Ozenfant skylights industrial excellence of the sawtooth. Was reaffirmed this will not only formal and practices when it is discovered that the figure is just an embellishment, because behind it is a flat deck.

From inside the house painter’s study comes as a perfect cube of light, with three glass-sided, full desmaterializando corner of the volume.

In this book are many elements that will shape a new lifestyle, free from the routine and good taste established, a new architecture for living, hygiene, social and in line with the new times, where mobility and machine entering the symbolic representation.

The facade is not only resulting product of the result of the arrangement of the rooms inside. Le Corbusier as a perfectionist could not leave the light or the smallest detail.

The two facades are pure proportion, pure mathematics. They can find relationships between the total extent of the facade and windows, you can draw angles with the same inclination at all levels… This shows the great influence that had the classic works such as the Parthenon on Le Corbusier.

Le Corbusier arranges accommodation at three levels. The first is located in the garage and part of the house. At the next level, and a gallery reserved for studying the upper floor with the best view and lighting. The study is equipped with large external gaps, including an elongated and vertical, in addition to give way to light, is the vertical movement.

In this work the structure used by Le Corbusier and is made of reinforced concrete. 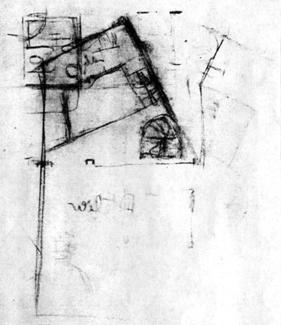 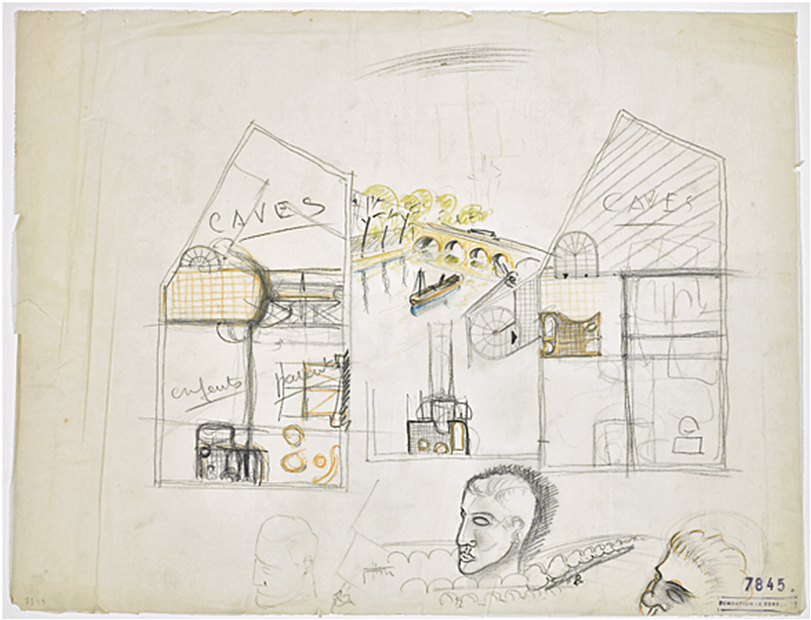 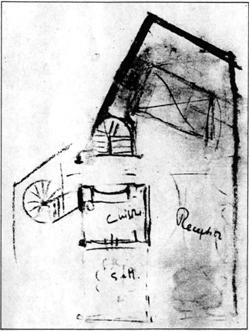 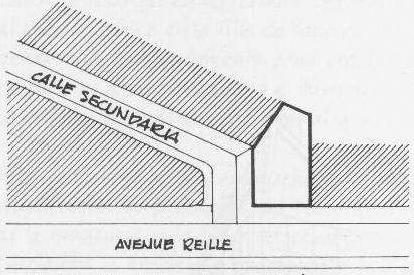 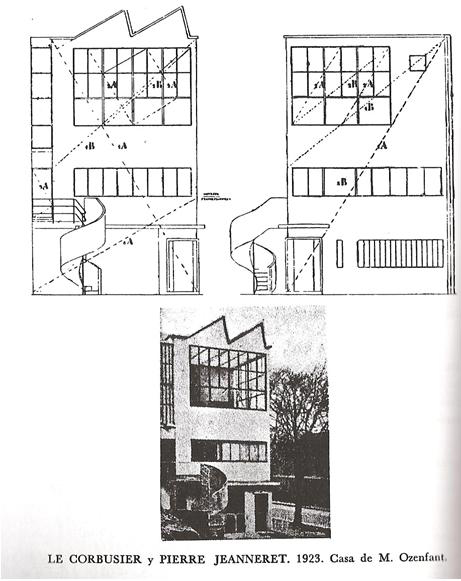 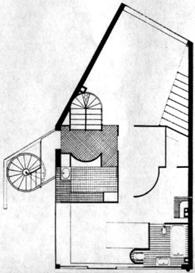 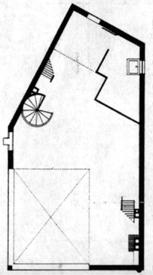 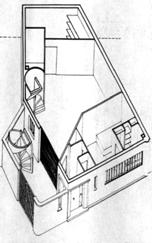 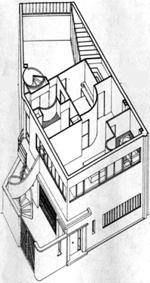 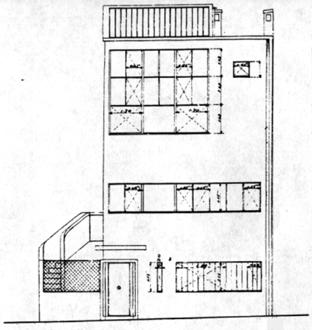 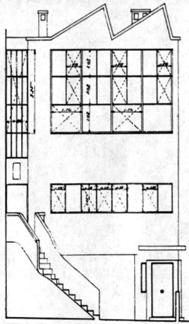 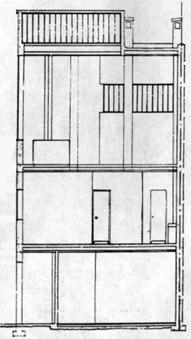 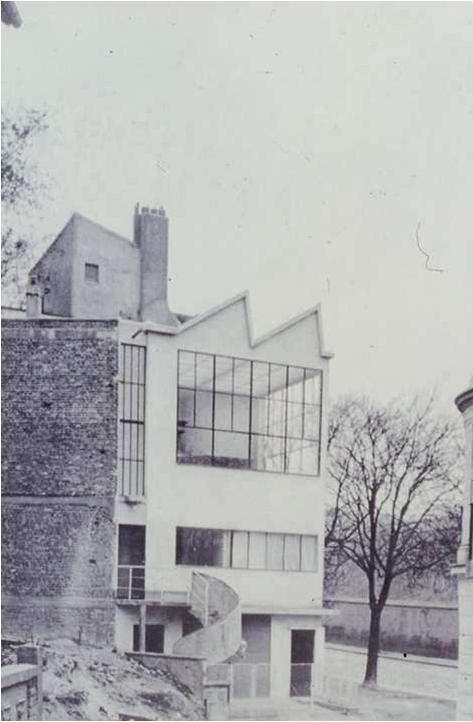 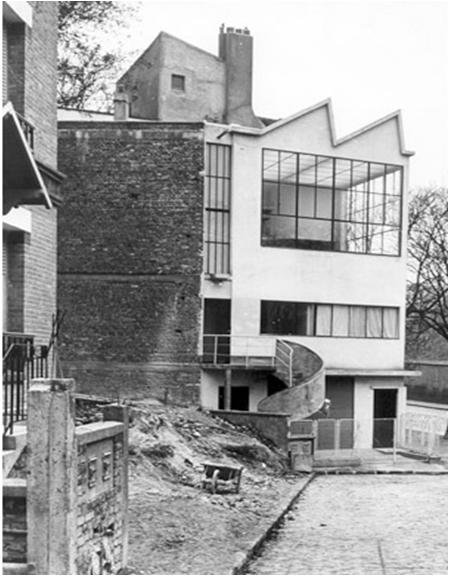 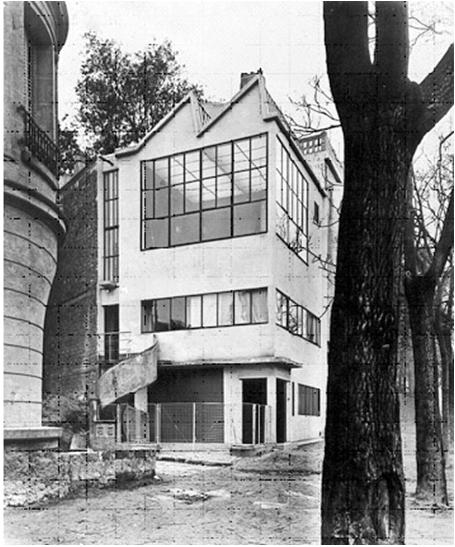 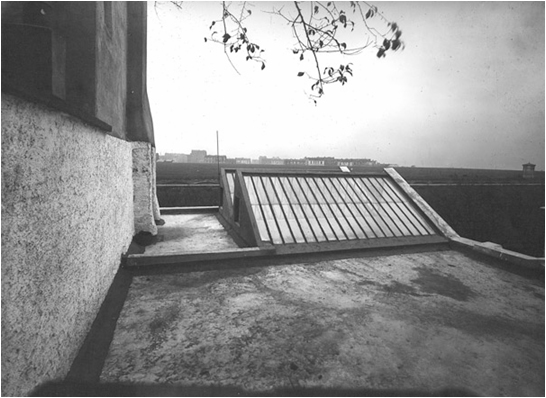 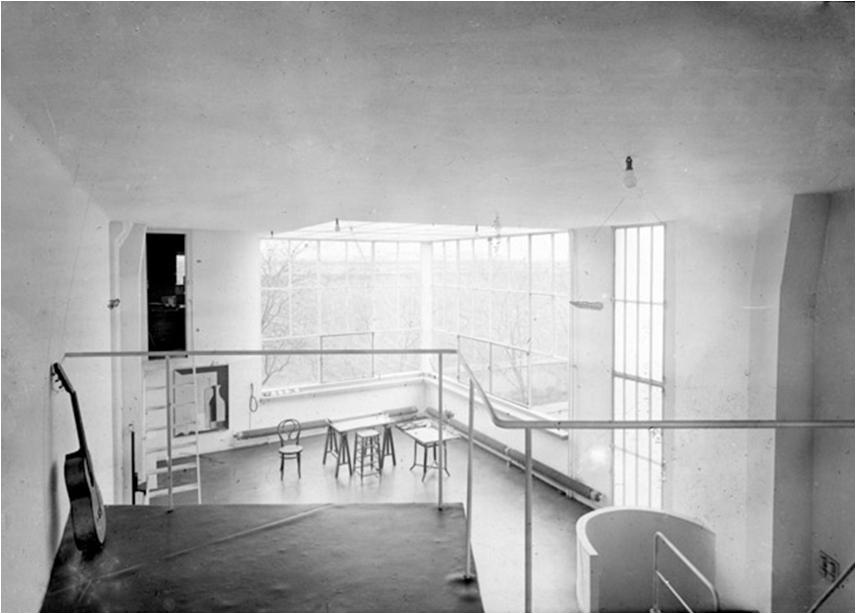 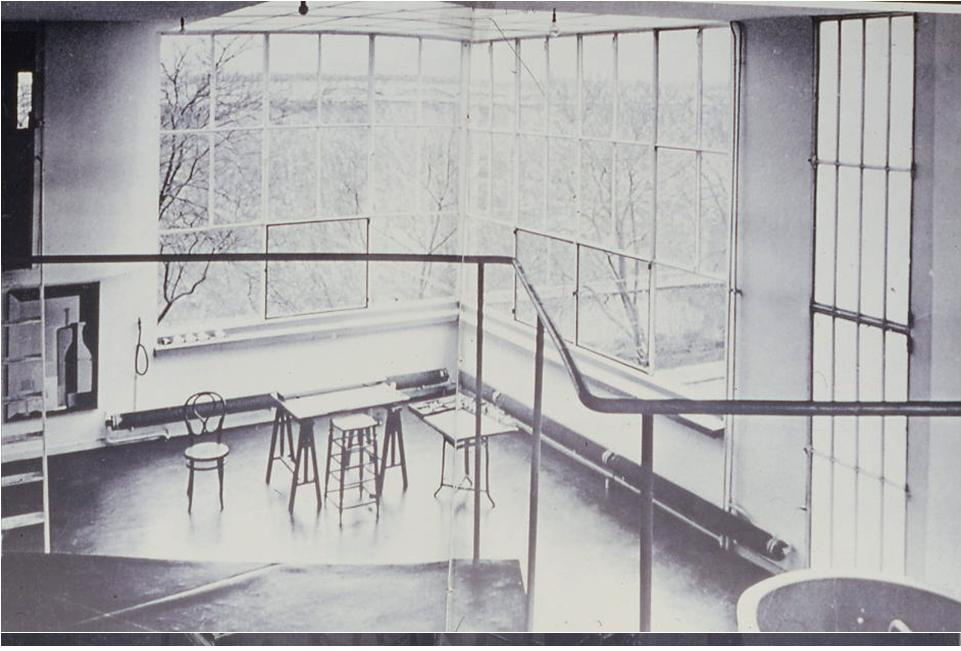 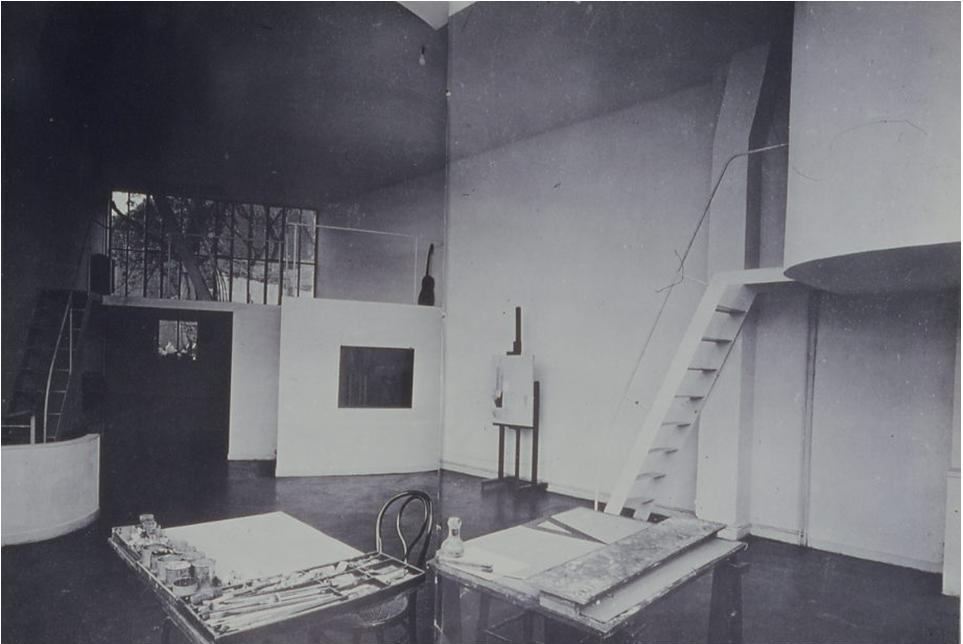 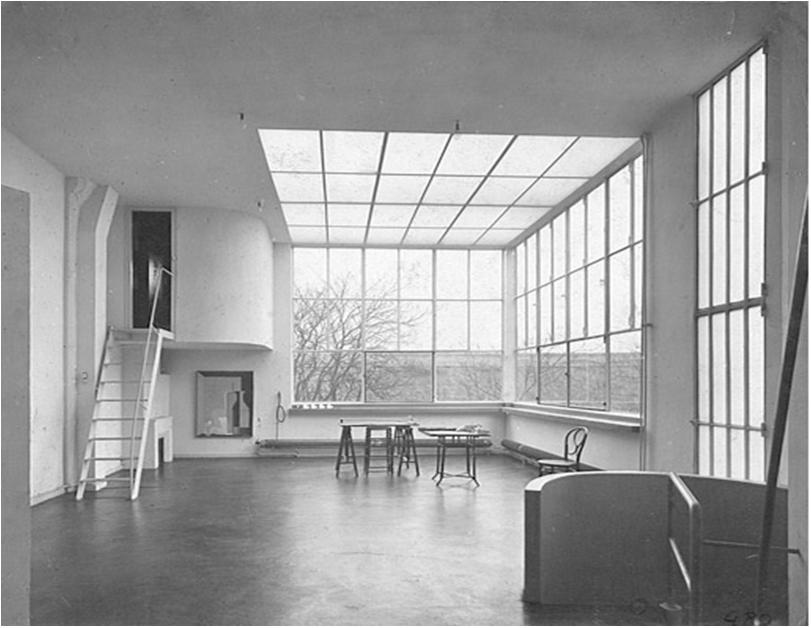 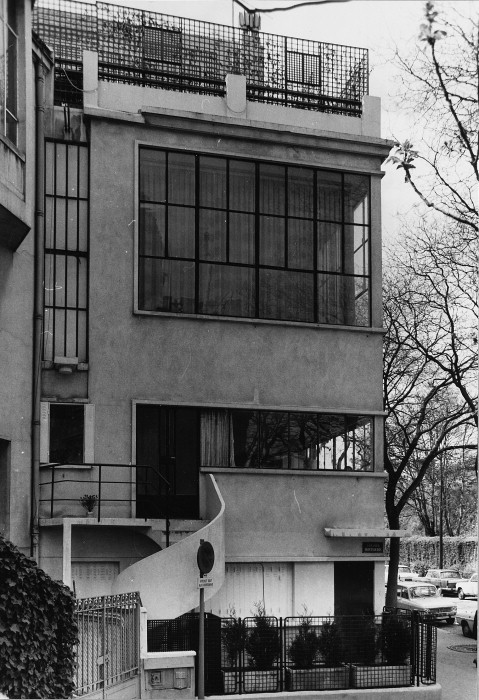 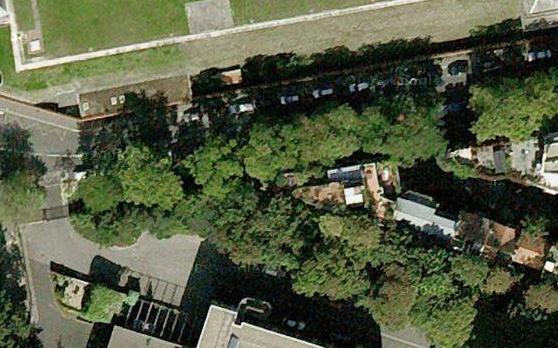 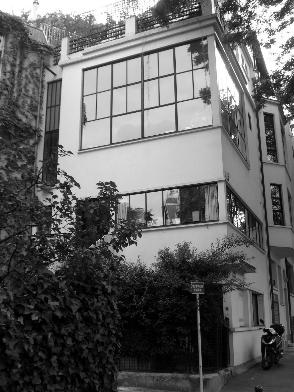 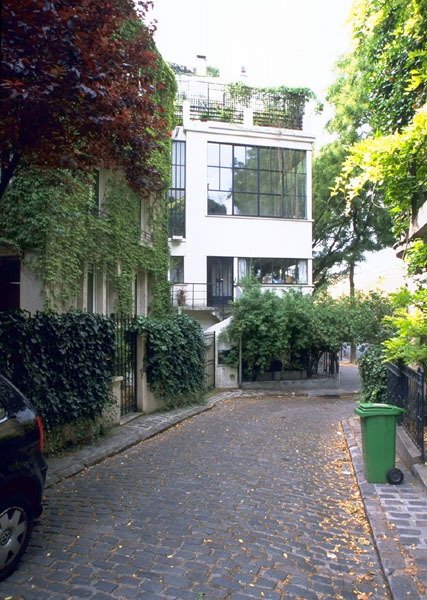 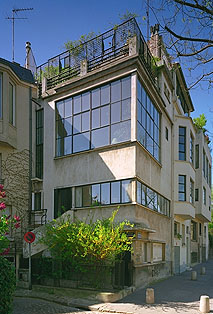 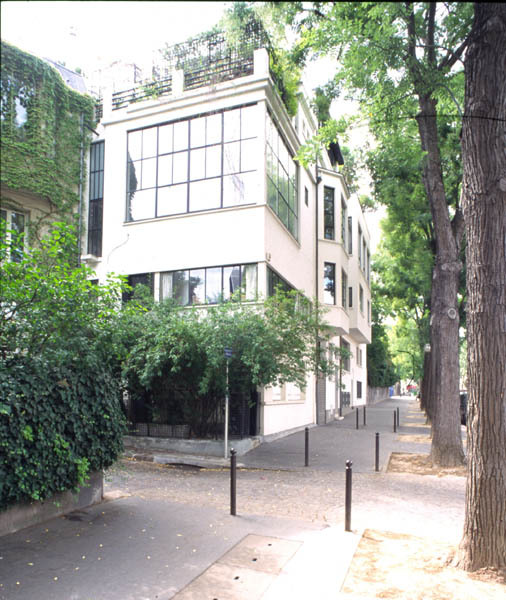 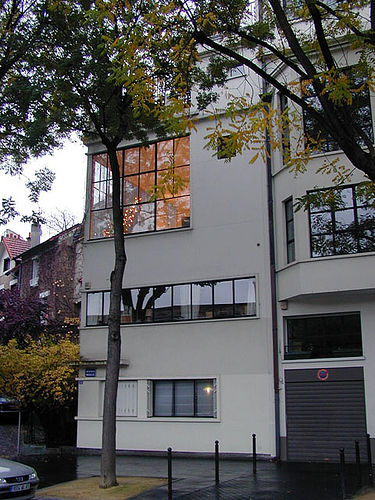 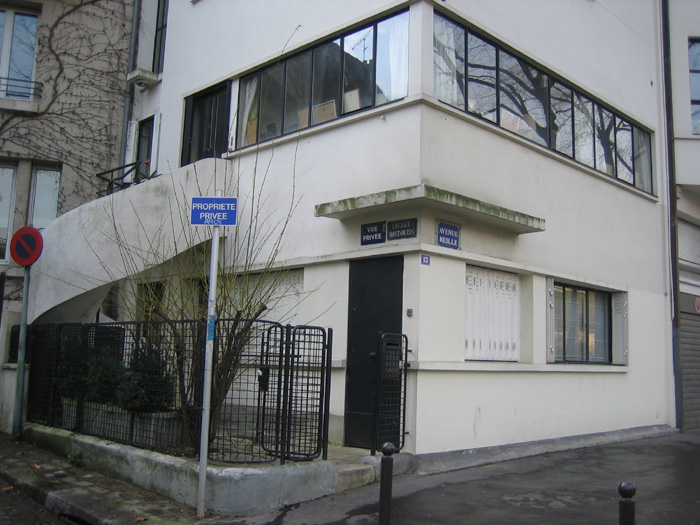