In 2000, the Italian architect Renzo Piano won the tender for the construction of a skyscraper, home to one of the world’s most important newspapers, The New York Times.

This is the most significant project to be built in the Big Apple since the September 11, and certainly the first who has dared to challenge the “security architecture”, a result of fear and anxiety caused by Islamic terrorism, and that prevailed the choice of projects for the reconstruction of Ground Zero. Piano said that “in terms of security, transparency is more reliable than the opacity.”

Renzo Piano’s design was highly controversial, for opposing the functional distribution of the office tower in the heart of central services.

Located in the area of Times Square, Manhattan, at the junction between Eighth Avenue and the streets 40 and 41.

The building consists of a tower of 52 levels and a plate of 4 floors, respecting the height of neighboring buildings.

This is a proposal for transparency and immateriality as a symbol of the qualities of the media, and opposed to the secrecy of Manhattan. The facade is covered with a ceramic membrane profiles that filter the impact site and allow a homogeneous distribution of light. From the street captures what is happening inside the building and vice versa.

Piano has proposed to oppose the traditional office tower, creating a distribution of the building where the heart is an open work, with natural light on the interaction of people and not to work on computers.

The building is suspended on the ground floor where there is a huge square that manages to enter the public space inside the building.

Levite construction on the ground floor open and transparent, which is devoted to public spaces, an atrium, a garden with birch height of 16 meters, an auditorium, restaurants and shops.

The hall access visually and physically connect the streets 40 and 41, with income from both sides. The space is organized by the box elevators are distinguished by their orange and a vacuum in the open. This vacuum is a large garden with trees, allowing the entry of natural light. The transparency of the facade, these elements are at the street from the three sides of the building.

In design, you can see the real concern for the pedestrian. In the three sides mentioned above, which are proposed at the shelters as well as pedestrian protection from rain and works as a support for lighting.

The Times Center auditorium is located on the first floor, with capacity for 378 people.

The editors of the newspaper is the heart of the building, distributed in the first three levels. Are connected by stairs and an opening on the other around a central courtyard, which widens as the trunk of an inverted pyramid. All activities, interaction, documentation and links between the offices have views to the outside.

The building incorporates many features for increased energy efficiency.

The facade is composed of a double wall glass high luminosity. The building is covered by a cage made of tubular ceramic mounted on a steel structure. Thanks to its heat absorption rates and bright, saving more than thirty percent of energy. Only interrupted the height of their own windows. Ceramic tubes change color with the reflection of light. The screen and the wall of glass provides a sense of lightness and transparency that makes breathing andalusia building.

A system of electric power generation, provides 40 percent of energy from the building with the waste heat used for heating and cooling. On the floors occupied by the New York Times was using a system that allows low-floor air distribution, which requires less cooling than a conventional system. The building also has a system of free air cooling saving additional power. 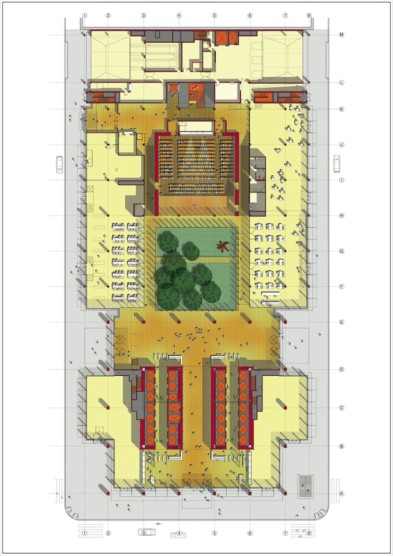 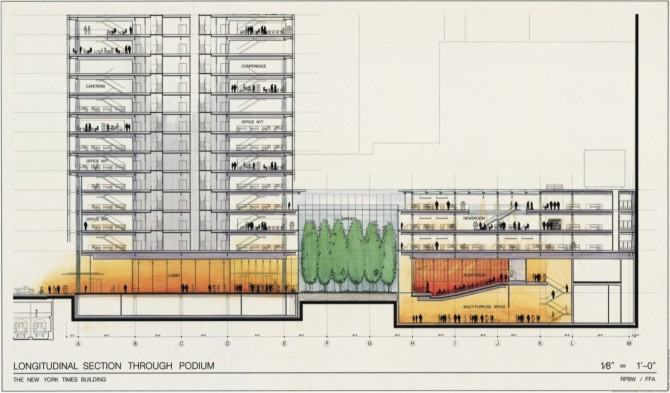 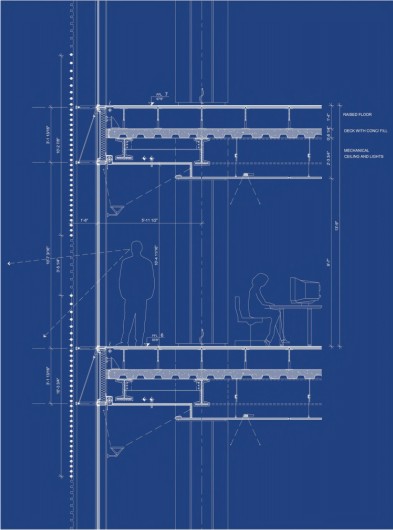 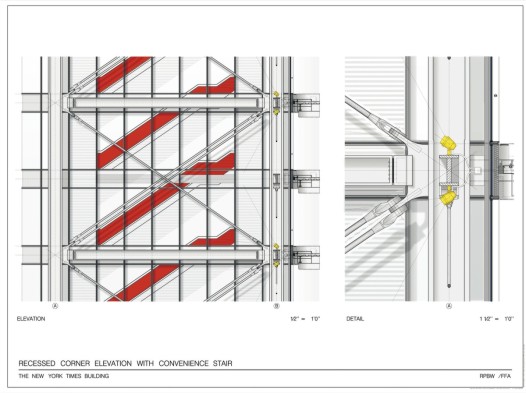 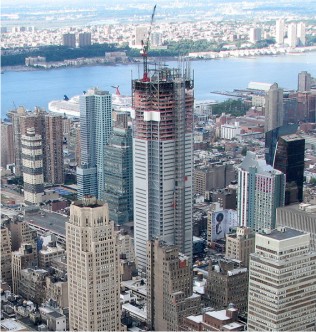 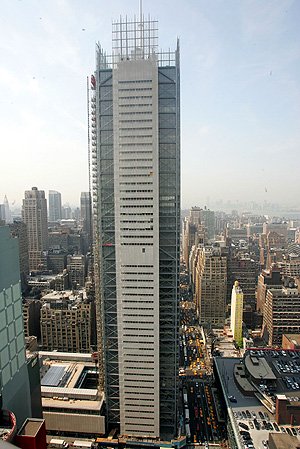 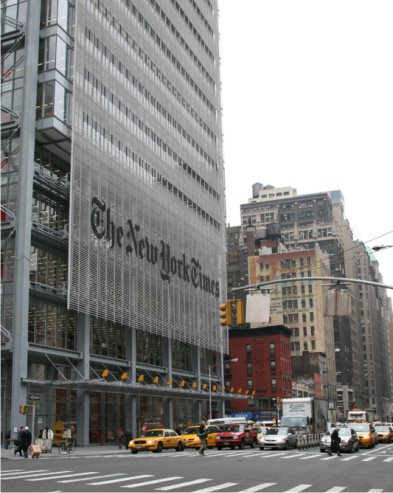 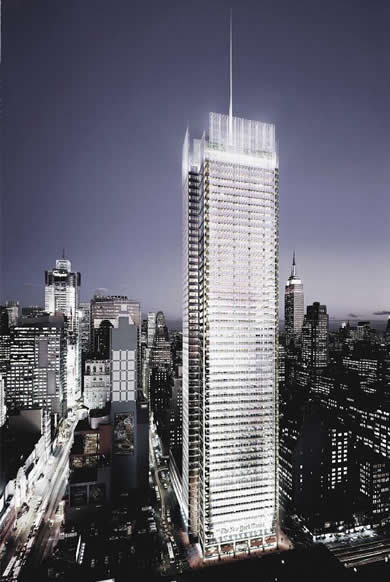 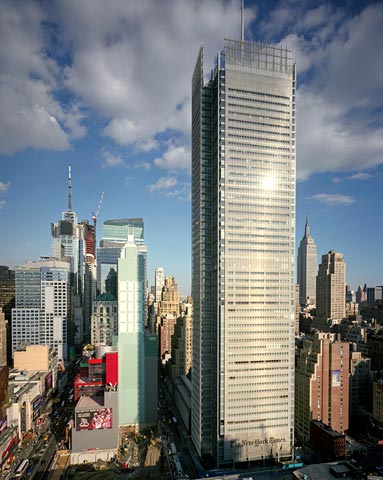 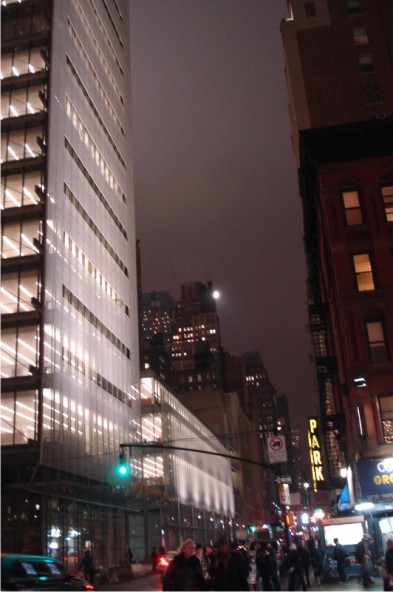 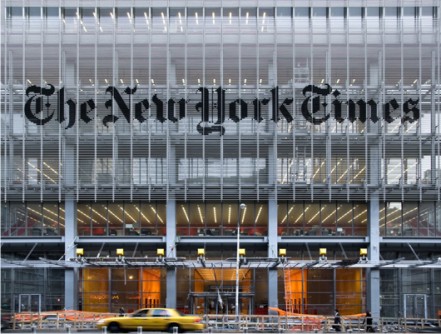 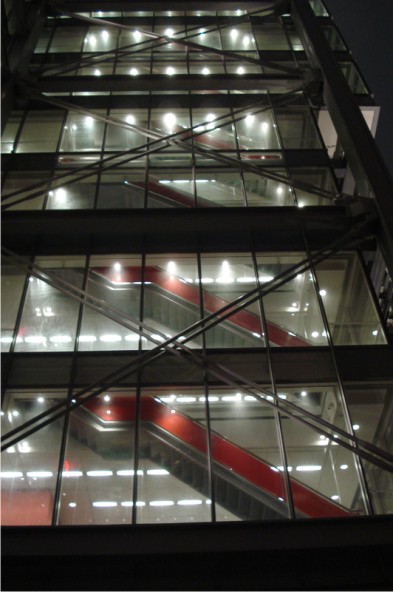 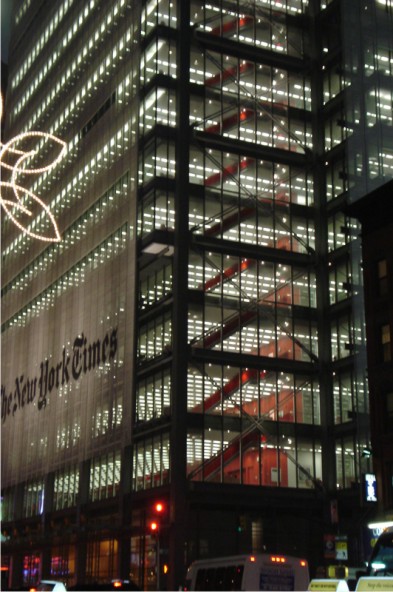 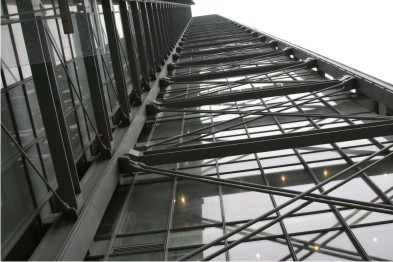 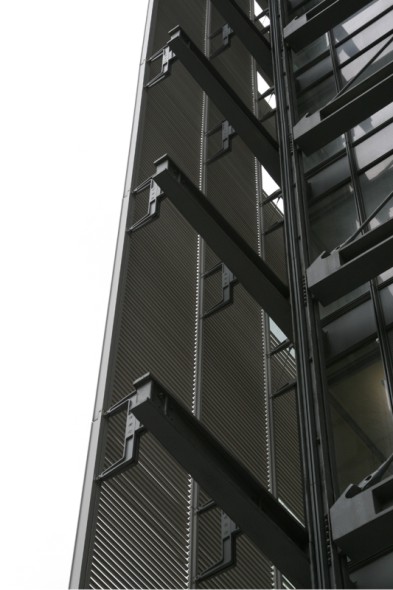 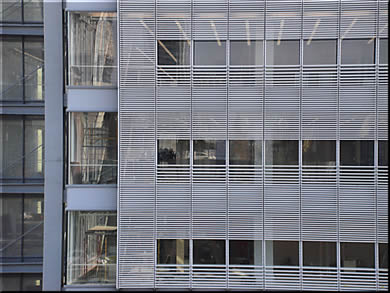 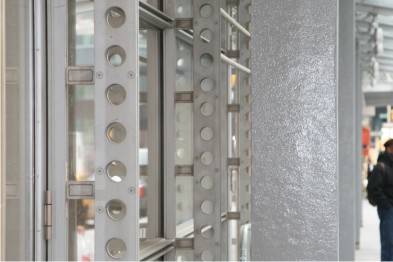 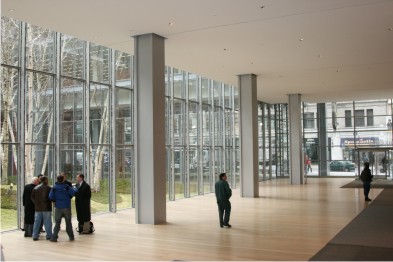 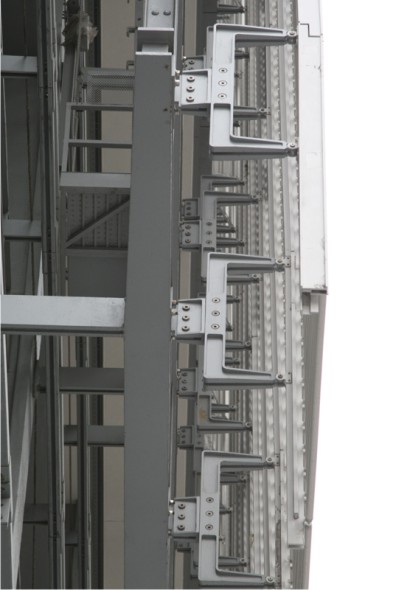 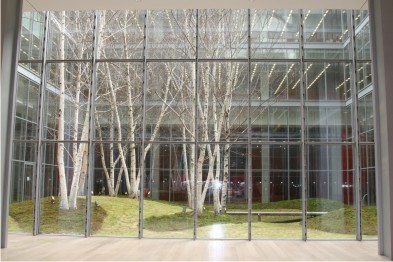 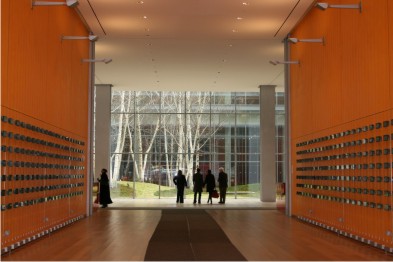 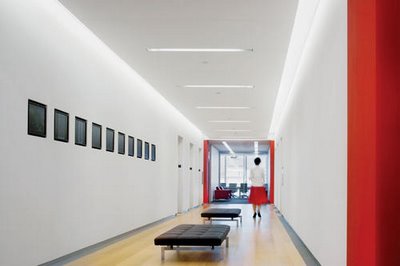 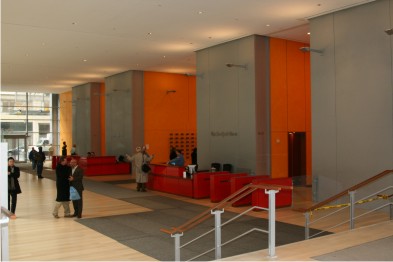 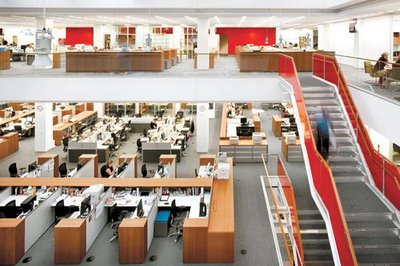 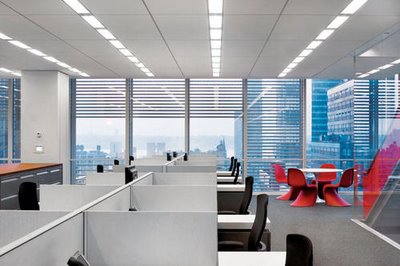