With approximately 70 cultural facilities and 60,000 m² the Vienna MuseumsQuartier, near the Royal Palace in the 7th district of the capital of Austria, it is one of the largest cultural complexes in the world. The many patios, cafes and shops make an extra room for urban life, an oasis of calm and recreation in the middle of the city.

Its special environment with buildings from the eighteenth and nineteenth century mixed with contemporary museums create an architectural ensemble unique and appealing.

The mixture of historic buildings with modern architecture museum also reflected in the various event spaces that can be rented by the public. The whole complex is characterized by a unique environment that combines technology with Baroque architecture.

The structures mainly include three buildings that interact and relate to the situation of urban design of the inner city and the adjacent 7th arrondissement. Their designs reflect the different contents of holding institutions:

By architects Ortner & Ortner, its special coloring is due to the continuation in its facade of limestone covering the yard with which it forms a unit, symbolizing the consolidated Leopold Collection historicity…. A cubic stone block, exudes a graceful and cultivated elegance, reaching 24 meters high and 13 meters below ground, with three underground levels. The exhibition halls are arranged like the spokes of a wheel around the inner court, and on the upper floors are flooded with light.

This building, also architects Ortner & Ortner contrasts its dark facade anthracite basalt. A thin stone structure with a spherical and sagging roof that gives the appearance of finishing out of the depths. The rounded edges of the building, in contrast to the distinctive angularity of the Leopold Museum, created the impression that the structure is still in process of formation.

It has two underground levels and three levels above ground, connected inside through a space 41 meters high. The input levels to the two museums are located at a height of four meters, intended to relativize the slope leading to the 7th district.

In contrast to the buildings that have front of her, the Kunsthalle Wien is completely covered in red brick and is reminiscent of a production hall, idea born by their approach to changing exhibitions, showing exhibitions thematic and individual presentations of established artists and next to give an idea of ​​the scene of the Austrian and international art. From the outside, the Kunsthalle Wien resembles a horizontal rectangular block that has been cut at both ends. It is a separate building, adjacent longitudinally to the riding hall and its tile roof overlapping the edge of the roof of the latter.

In addition to these main buildings MuseumsQuartier Wien offers many other attractions and facilities for an audience with diverse tastes:

By Fischer von Erlach Wing Baroque in the imperial era, on the ground floor, was the horse stable, you get to the Oval Room and Arena21. Also on the ground floor is the library Walther König, Kantine restaurant, and Electric Avenue.

The upper floors of the baroque structure, the former residence of the employees of the royal court, still contains several private apartments. Other areas have become offices of the management organization MQ MuseumsQuartier Errichtungs- und Betriebsgesellschaft Q21 and cultural offices.

The MuseumsQuartier also offers facilities for children, as the ZOOM Kindermuseum, DSCHUNGEL WIEN Theaterhaus, and wienXtra-kinderinfo. At other times, the garage and the pool of horses were located in this space. 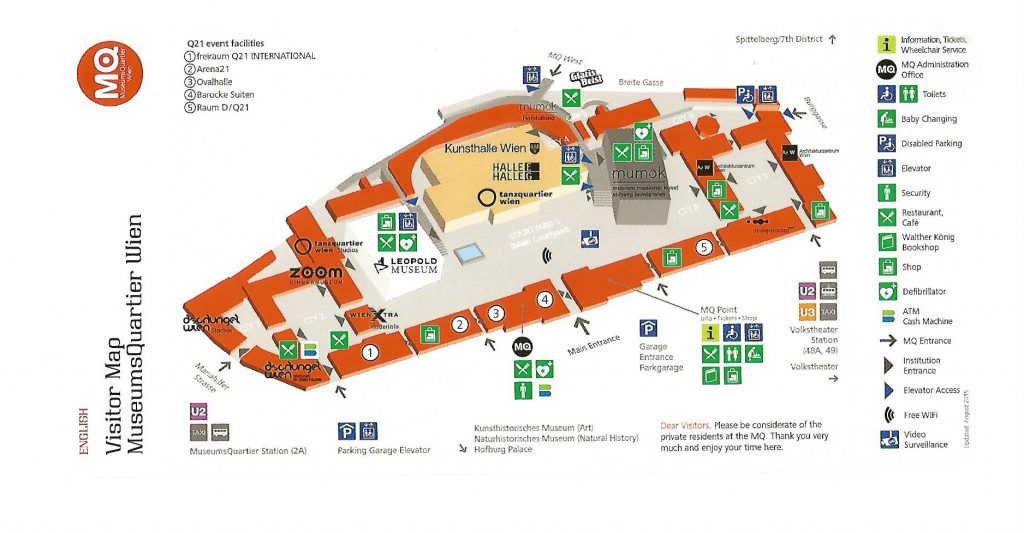 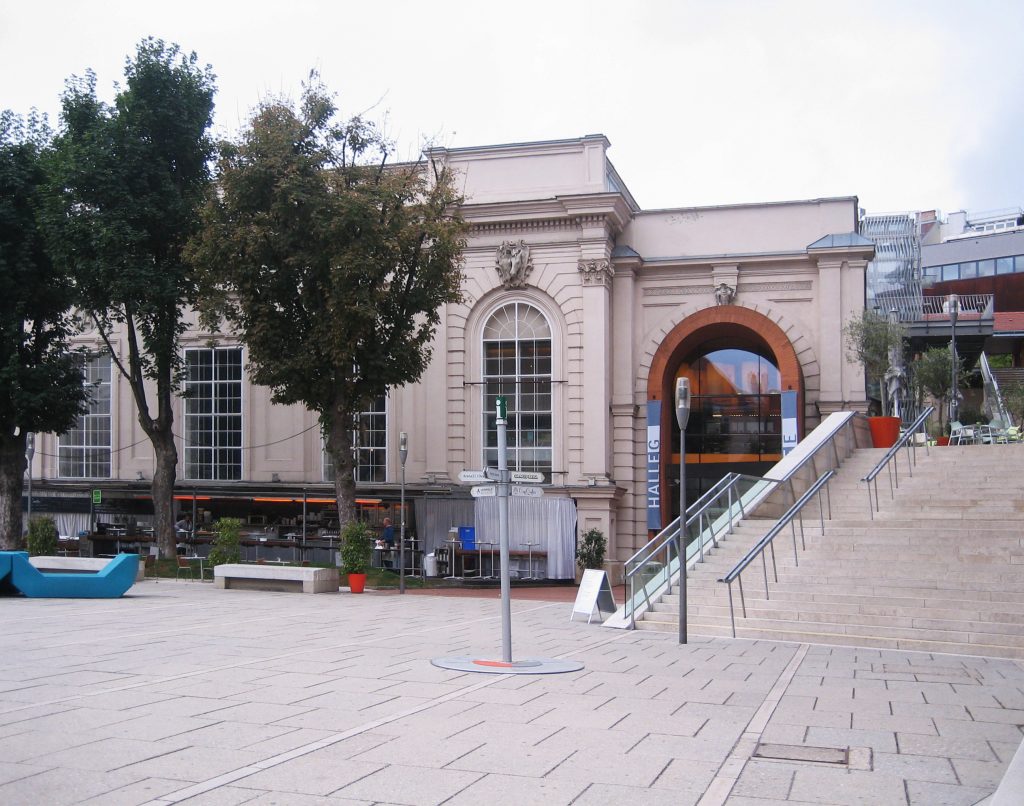 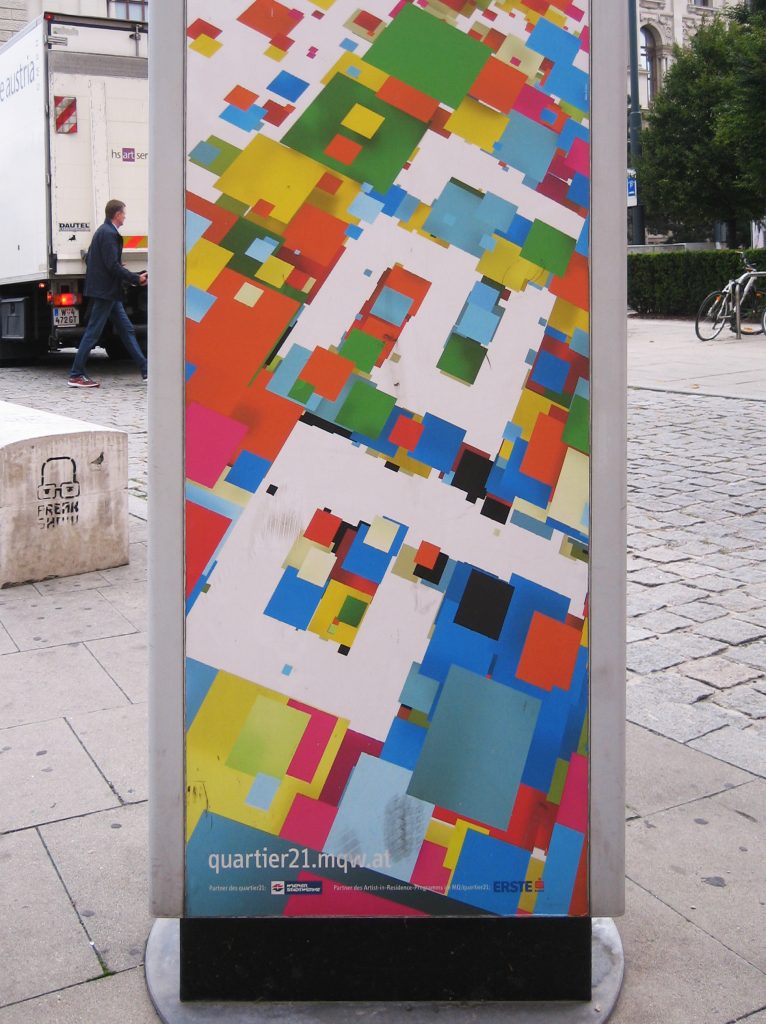 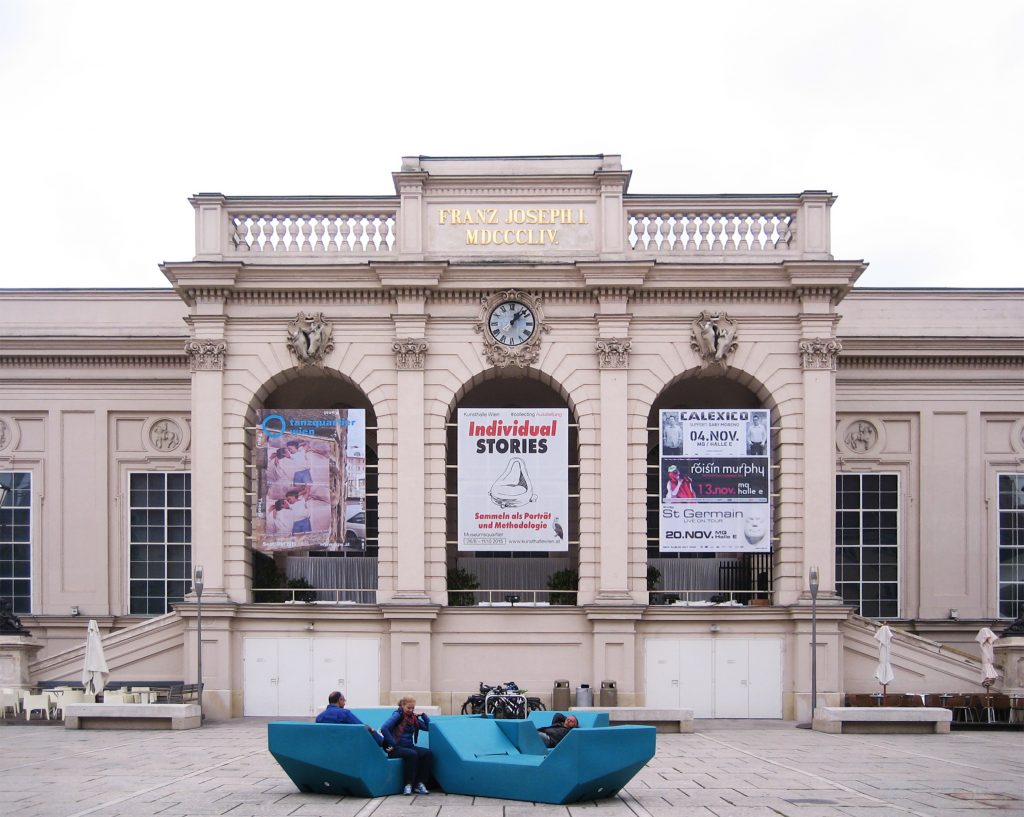 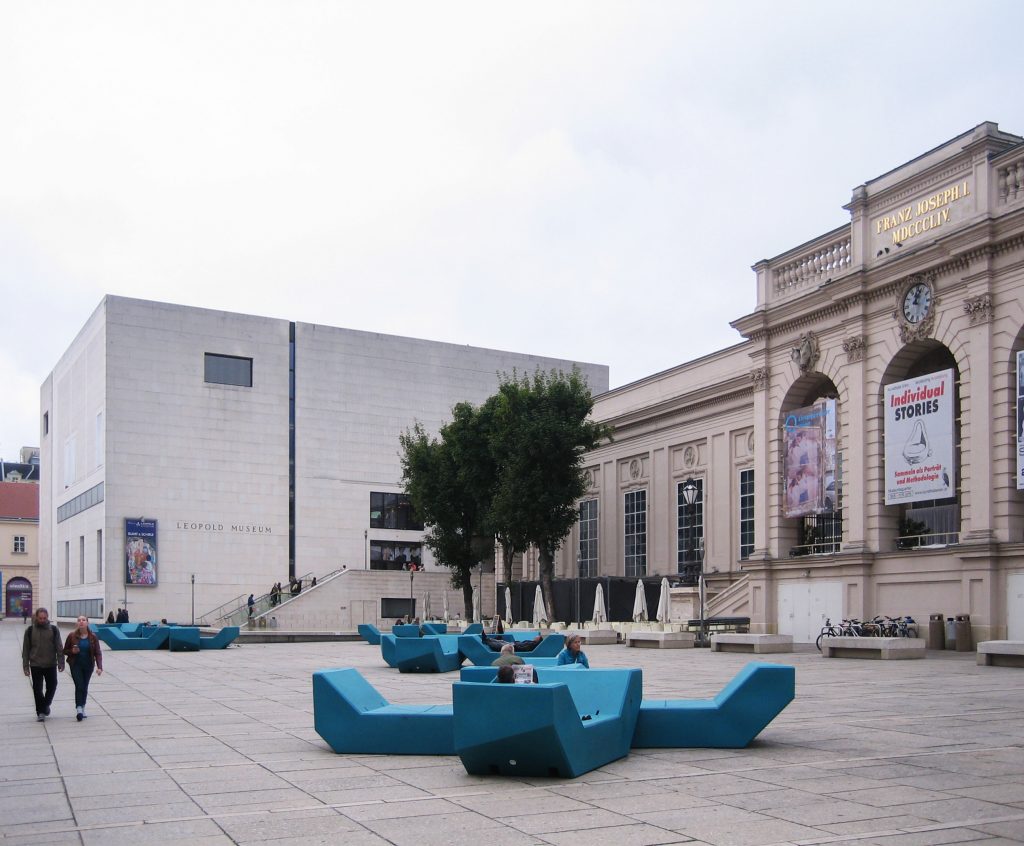 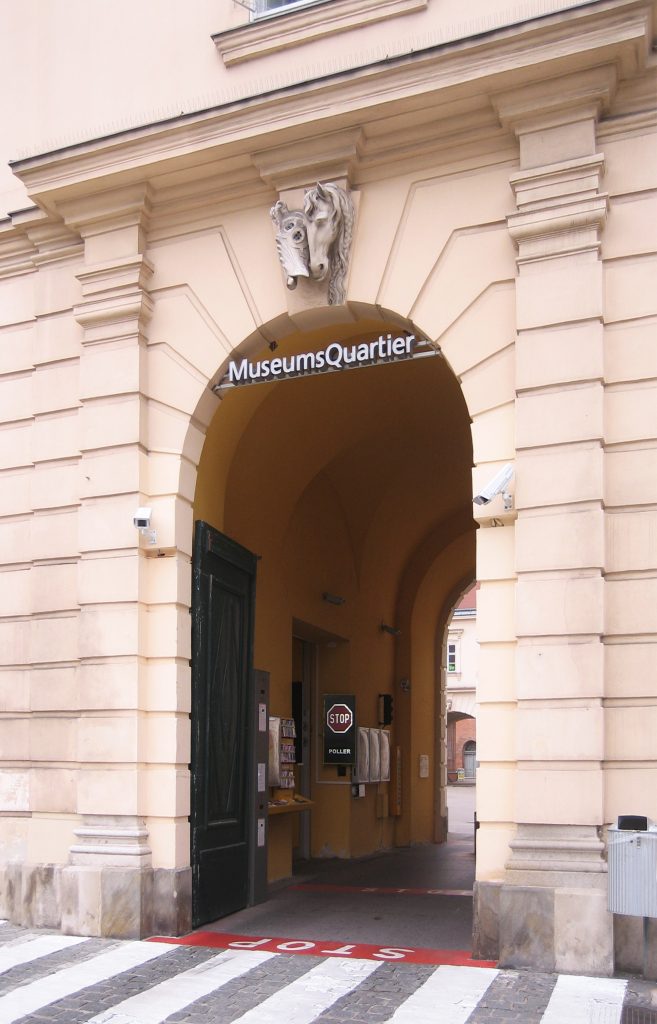 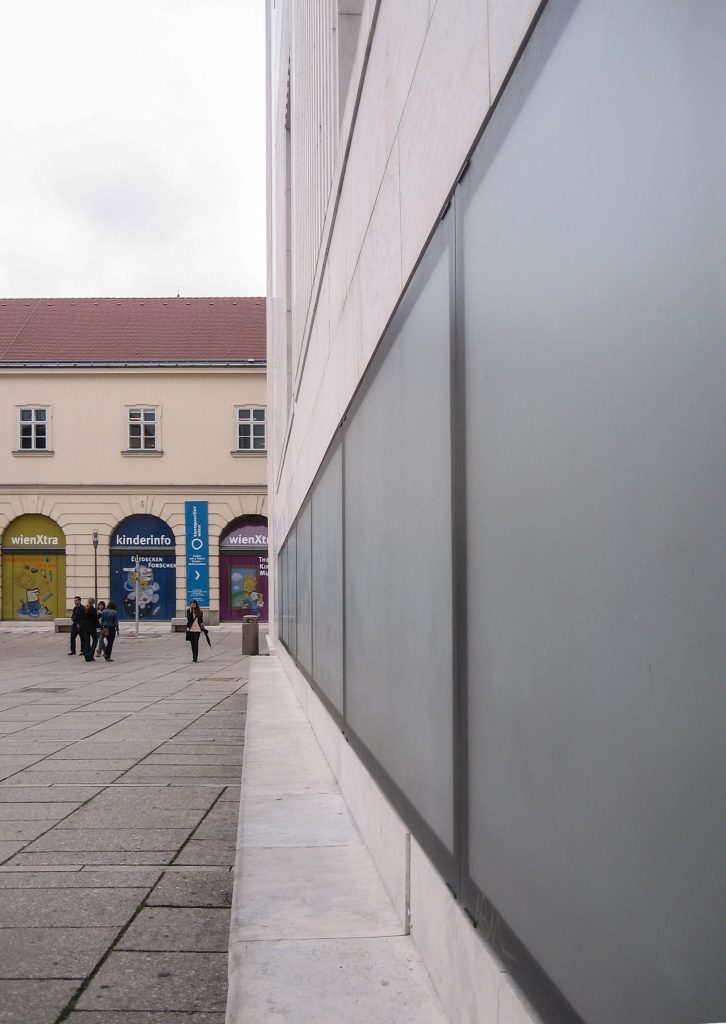 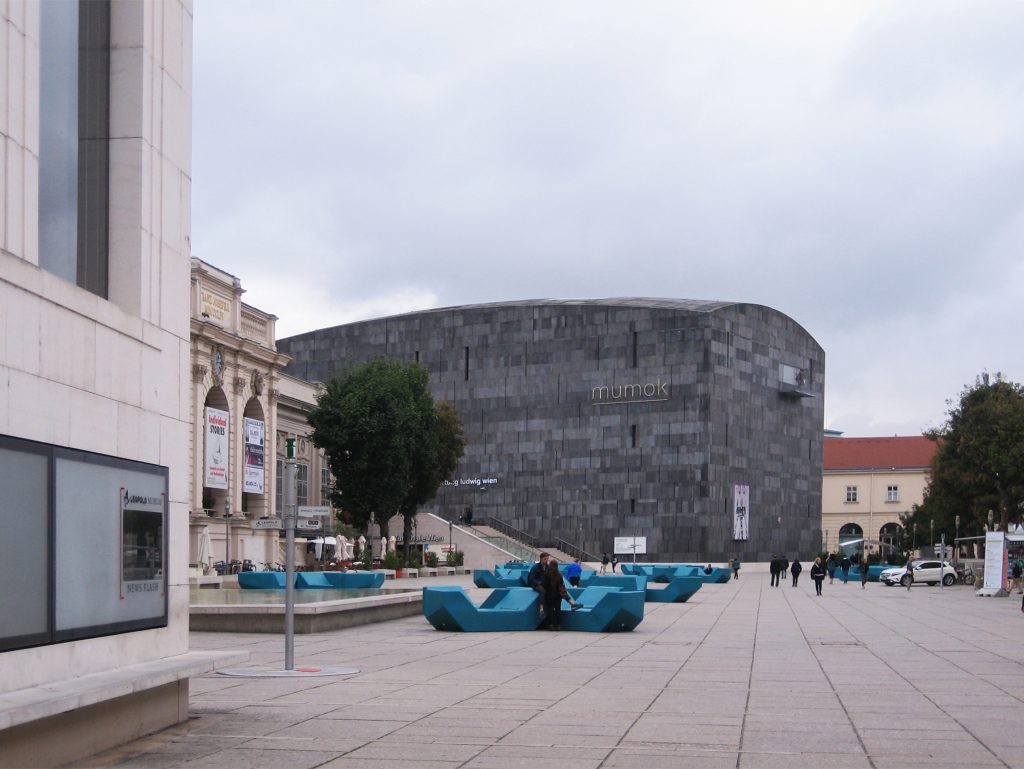 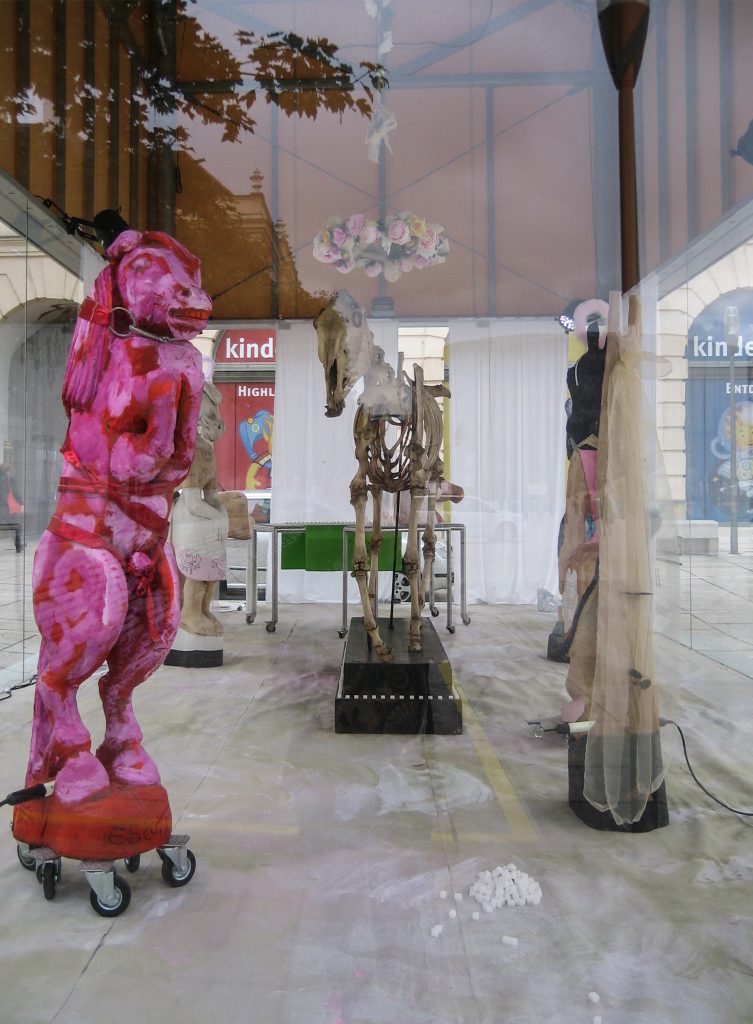 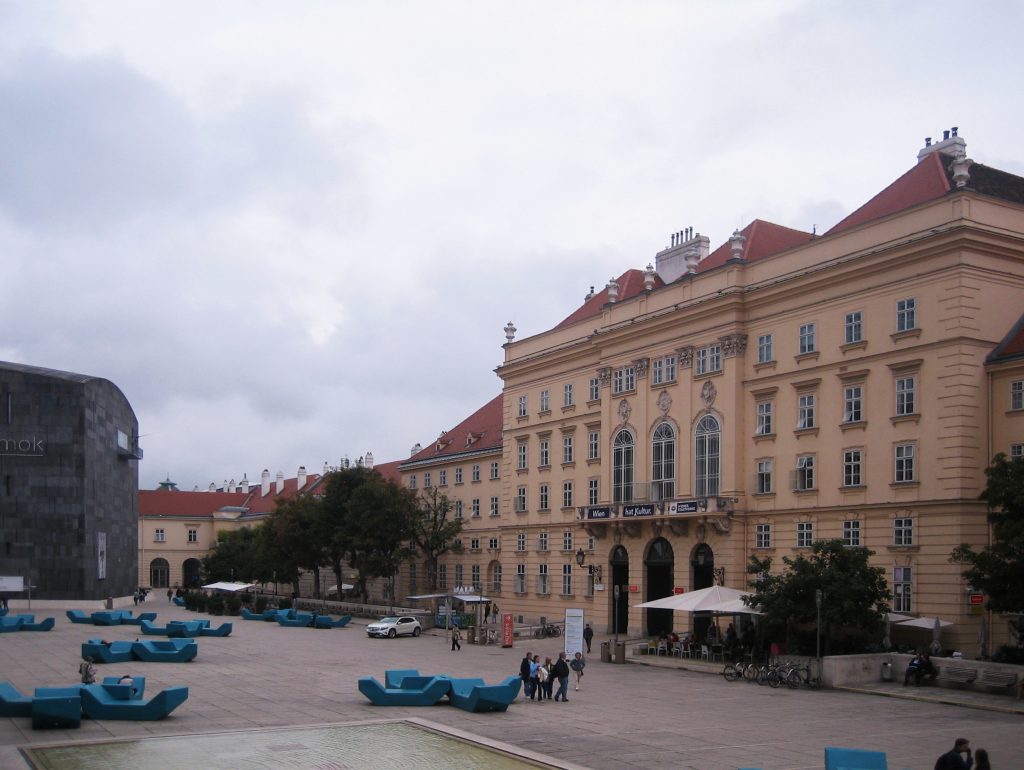 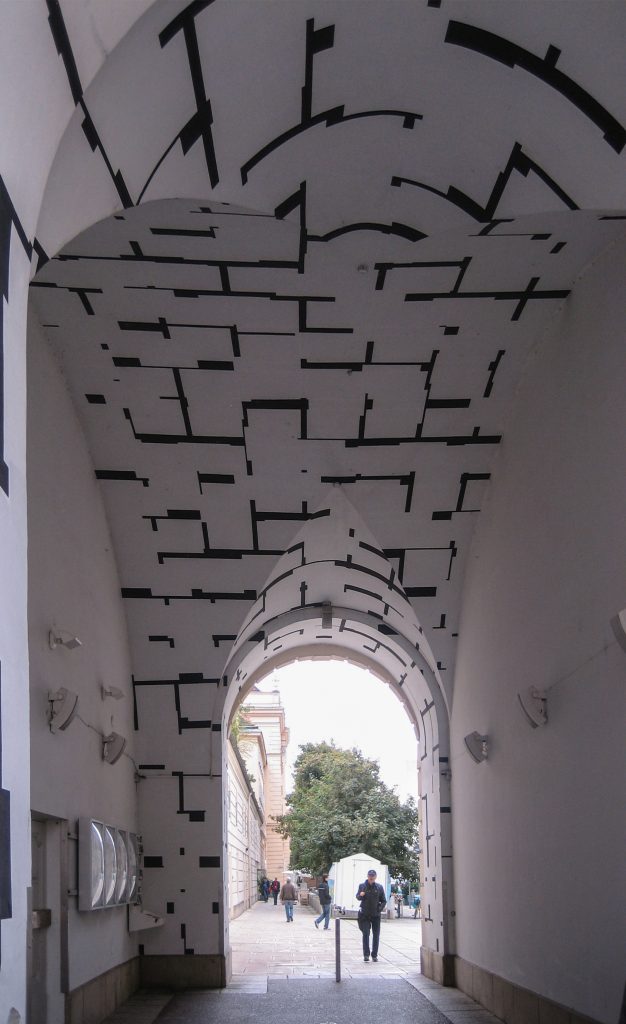 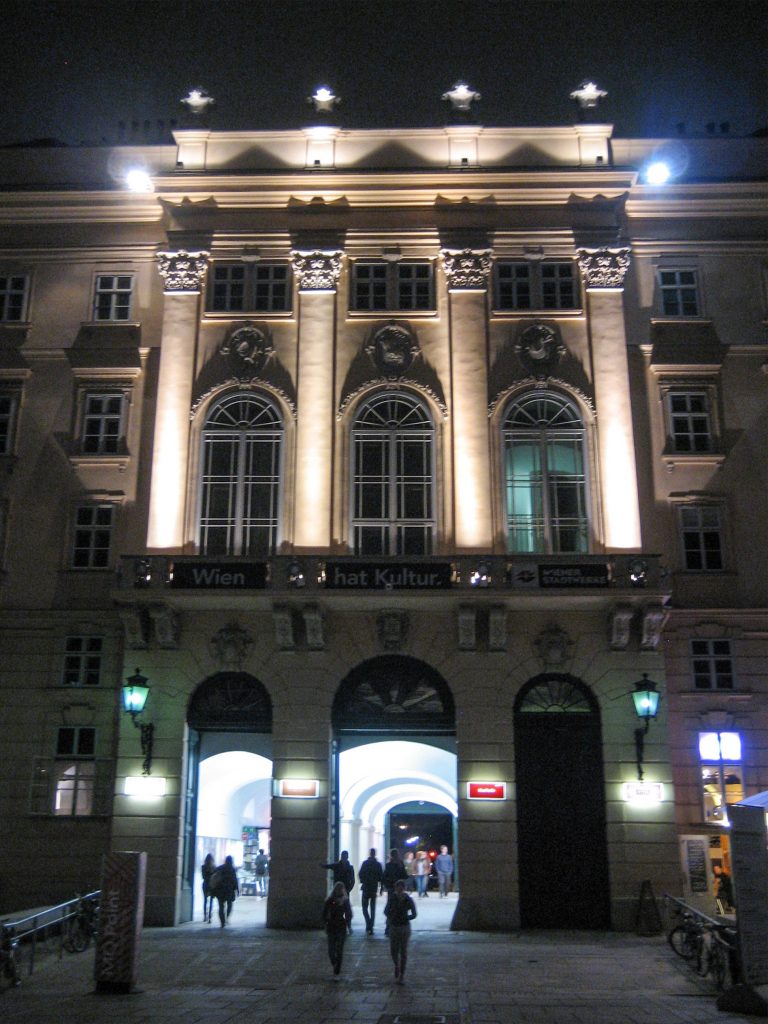 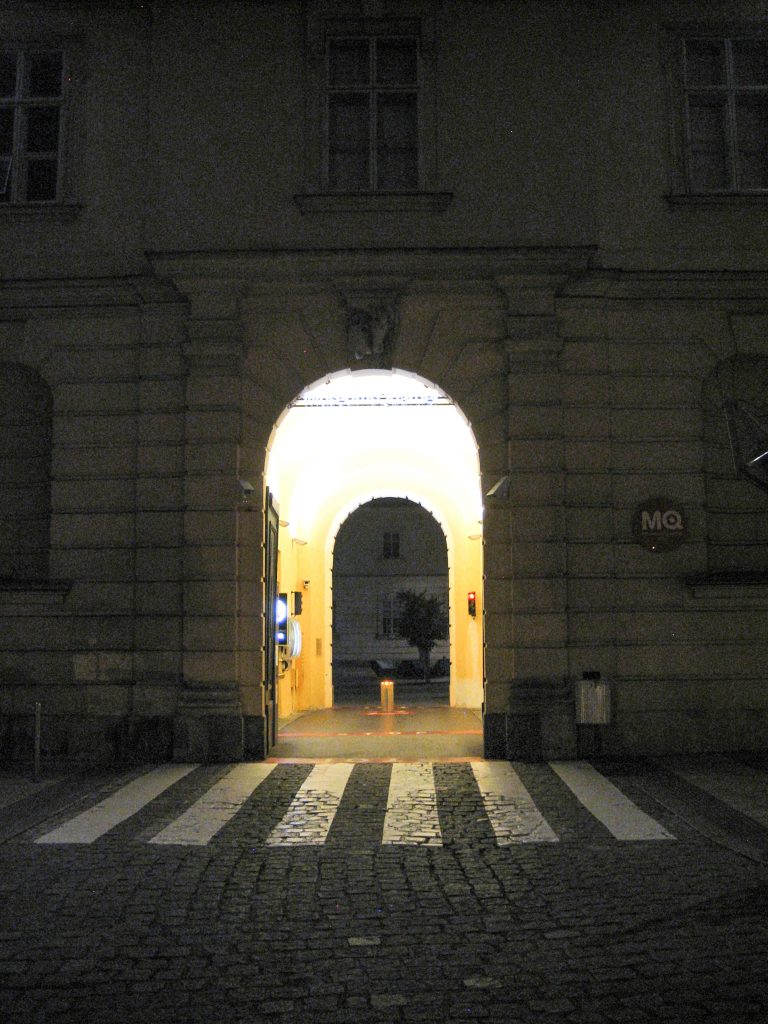 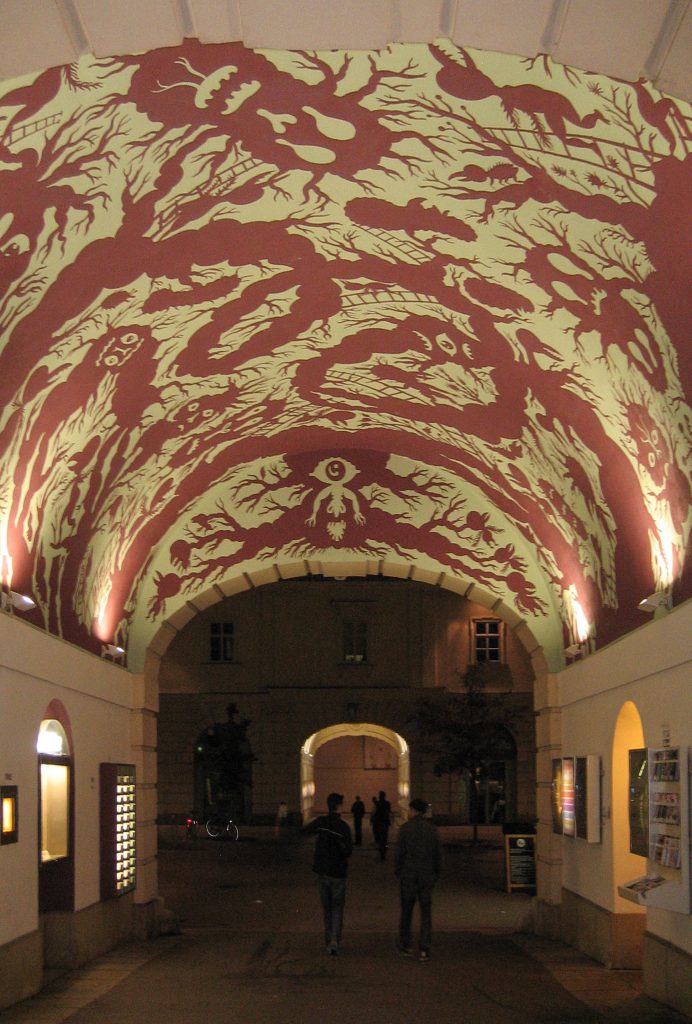 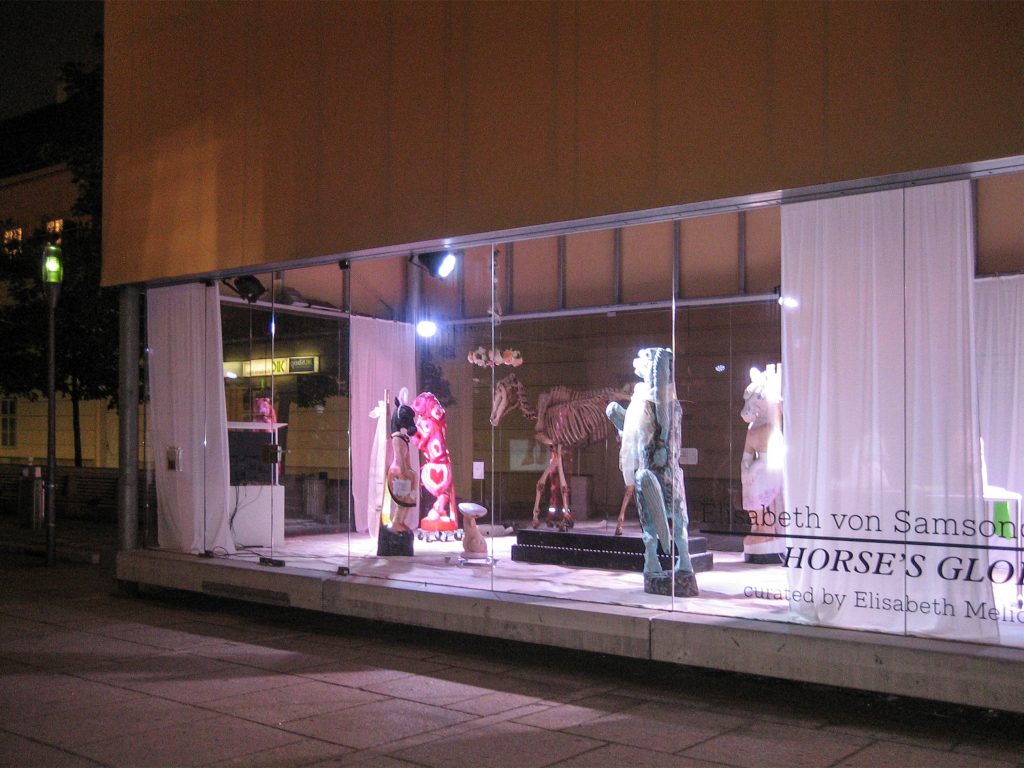 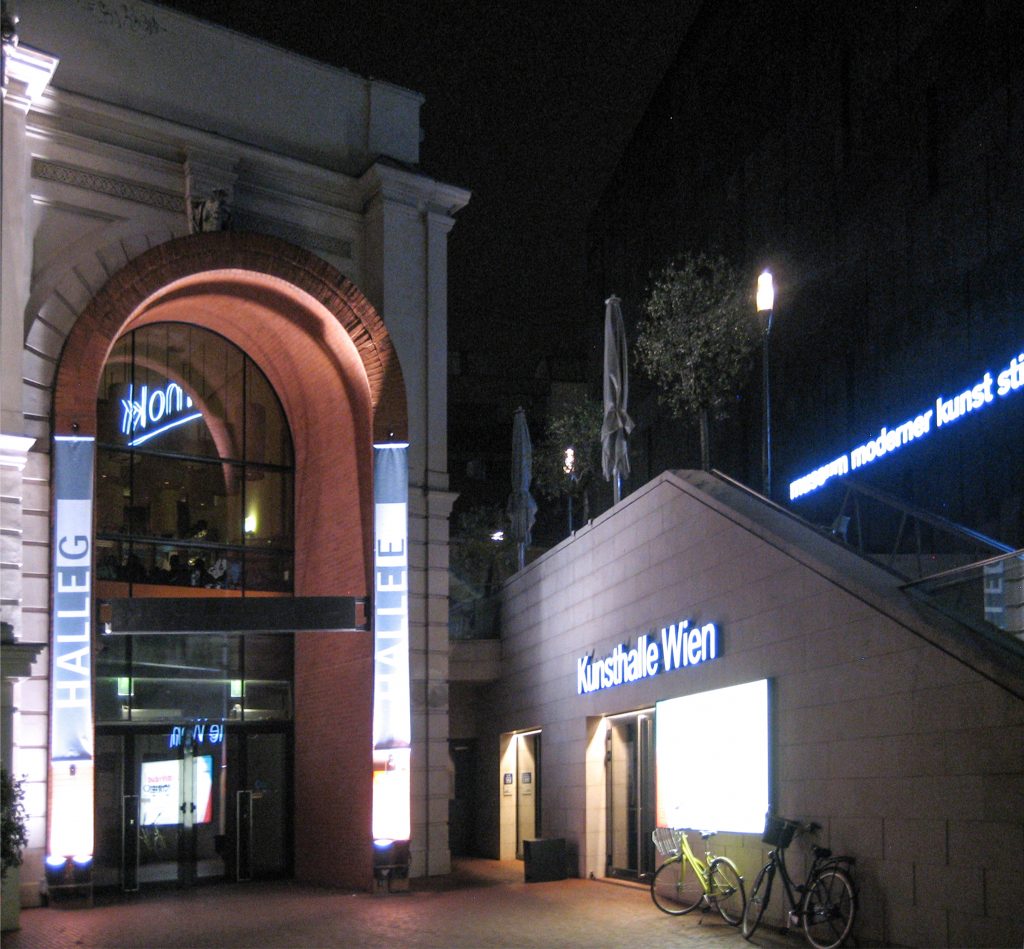 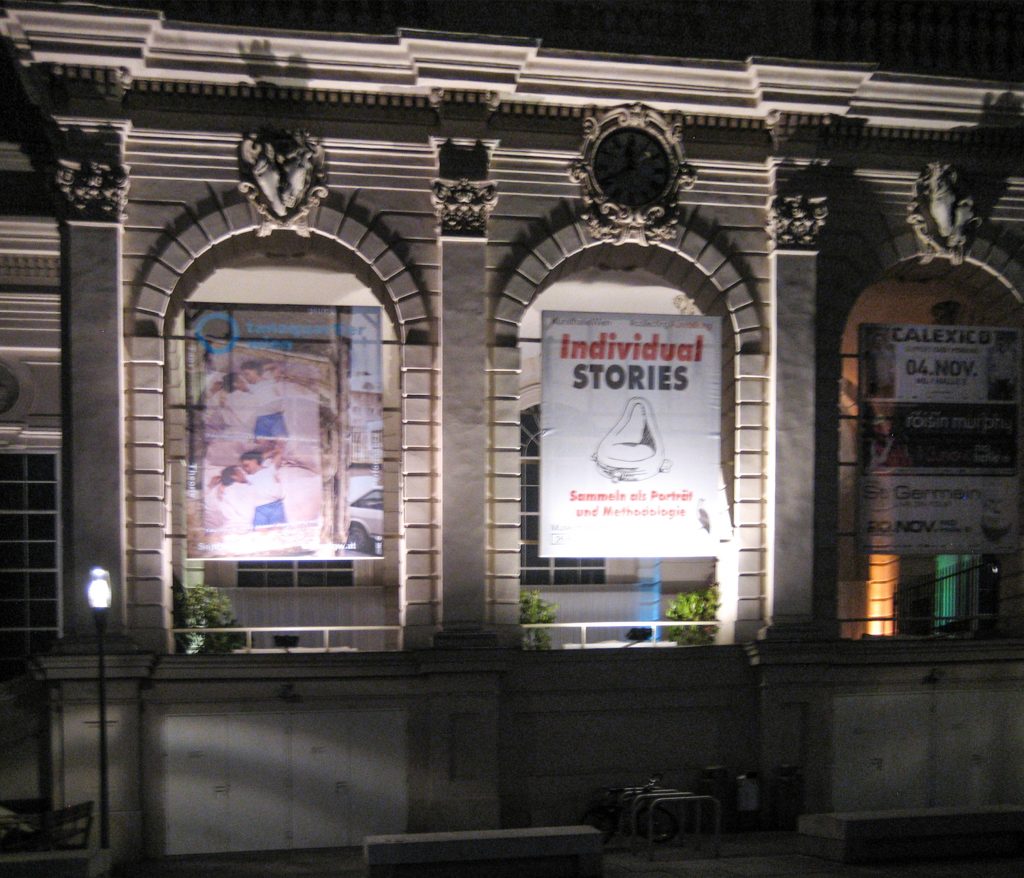 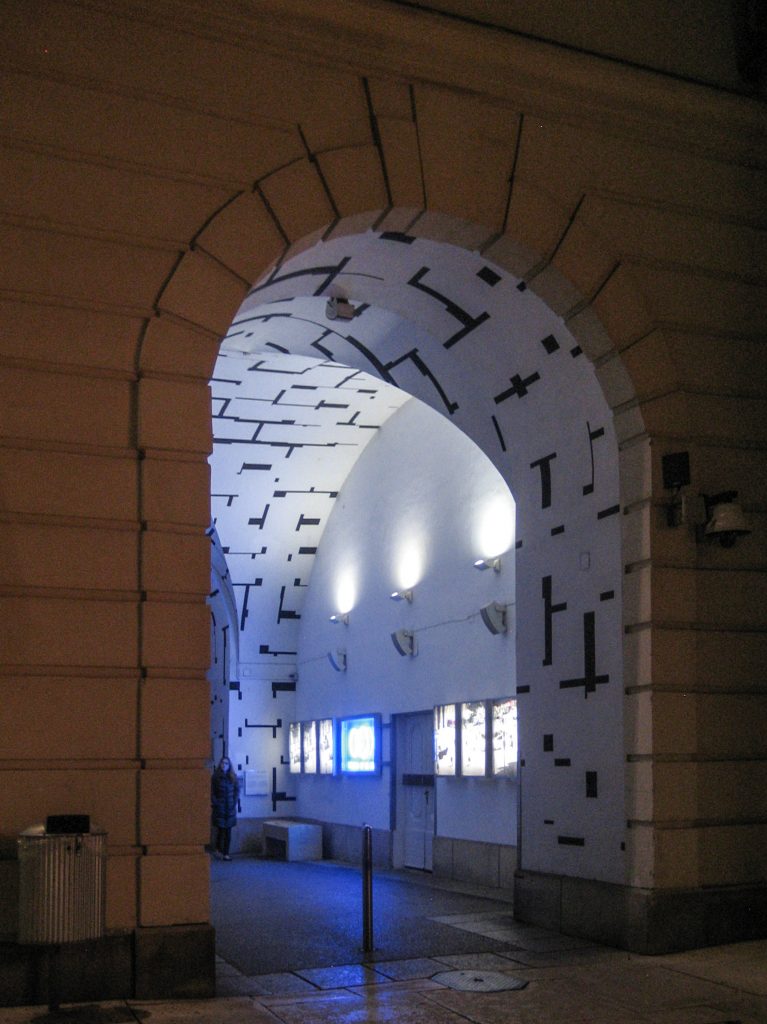 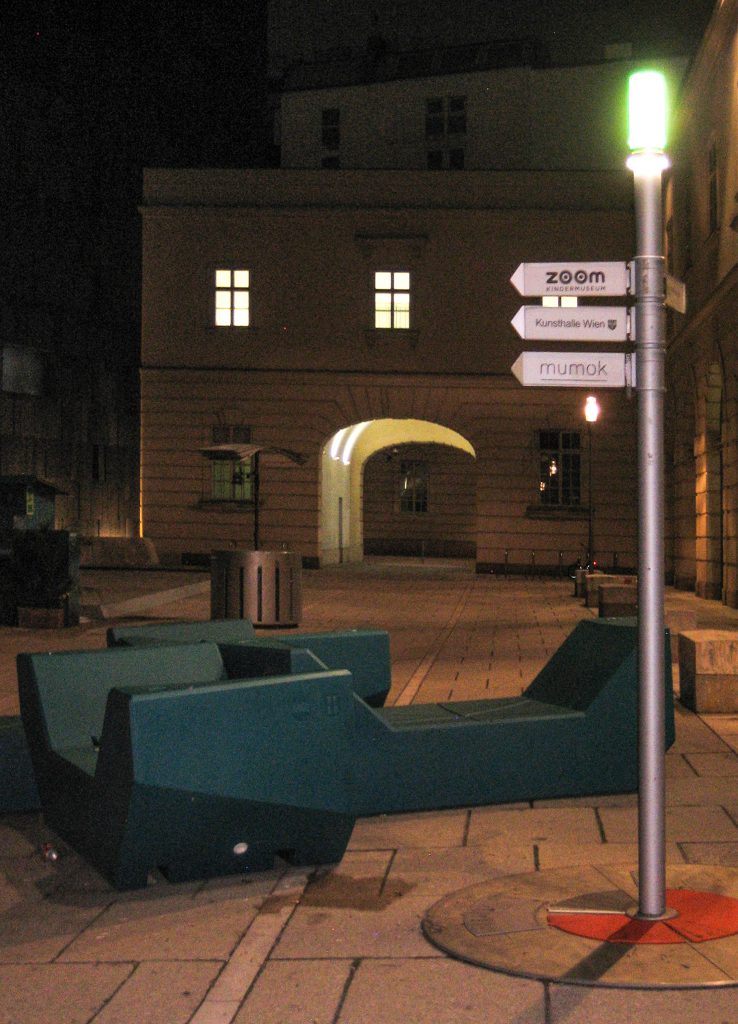 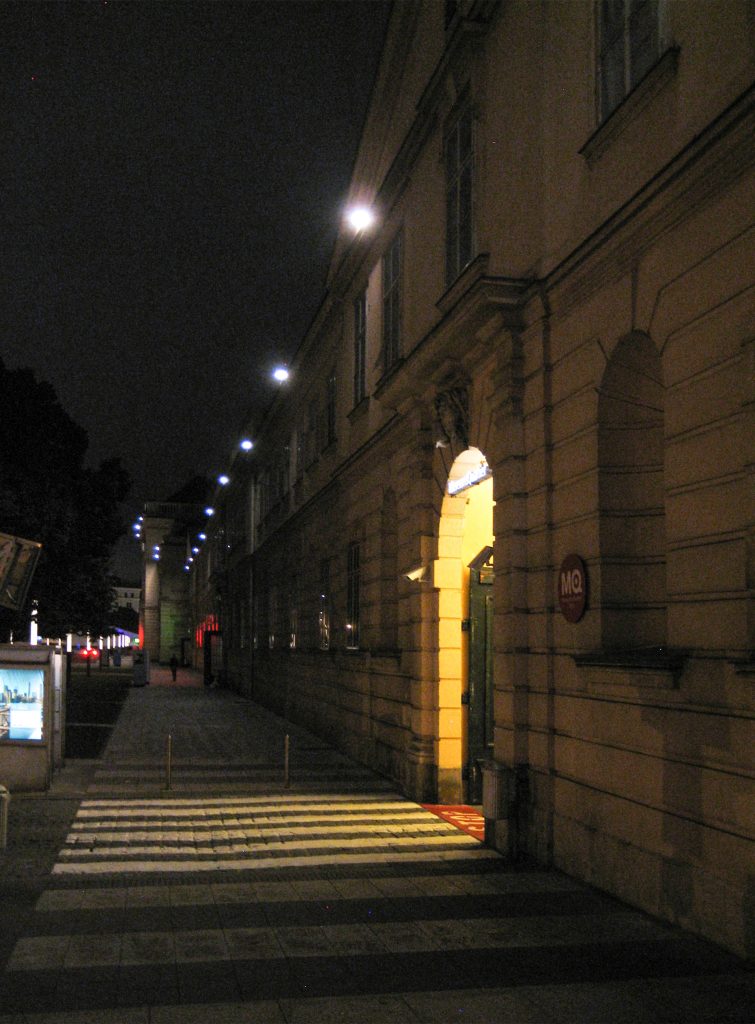