Chicago’s Midway Gardens, inaugurated in 1914, was the final prairie-style construction of Frank Lloyd Wright and the beginning of his next phase of architectural and expressive experimentation through ornamentation, a stage which would last five years.

Edward C, Waller Jr. was the owner of a leisure complex, the Sans Souci Amusement Park, which boasted an ice rink, a theatre, a casino and a dance hall. At the end of 1913, Waller commissioned Wright to enlarge the building and build a small scale (but strictly luxurious) beer hall outdoors, surrounded by palatial gardens. The official inauguration was on the 27th of June 1914.

10 days after the First World War began, on the 14th of August 1914, Wright was sitting in the summer area of the Midway Gardens when he received the news of a disaster in Wisconsin. A cook had set fire to the Taliesin house and murdered Manah, his two sons and four members of Wright’s team. Immediately, Wright travelled to Wisconsin. His personal tragedy and the restoration of the houses at Taliesin became his priorities. He left Midway Gardens to be completed by his trusted tradespeople and the architects, Adler and Sullivan, who completed the project in 1914.

In 1916, Midway Gardens was sold to the beer manufacturer, Edelweiss, and renamed “Edelweiss Gardens”. At that time it still retained its character and attracted customers, but they made numerous changes to the architecture and decoration, for example painting the “Sprites” and making the building into a garden, getting rid of the leisure complex. These changes, added to the effects of prohibition and the anti-German sentiments due to the war, led to the failure of the enterprise.

In 1921, the property was sold to the tyre manufacturer, CE Dietrich Automobile Midway and Supply Company, and was converted into the “Midway Gardens Dancing”. With a vast remodelling they converted the building into a dance hall. Dancing was in fashion at the end of the 1920’s and Jazz and Swing music filled the air.

The land where Midway Gardens was built was in a very central area, at the corner of Cottage Grove and Midway Plaisance in the neighbourhood of Hyde Park. It was a well-regarded area for leisure, particularly by the German contingent of the city, near Lake Michigan in the South of Chicago, Illinois, USA. The gardens where also close to Washington Park, the University of Chicago and to Midway Plaisance, where the Pavilions of the World’s Columbian Exposition of 1893 could be found.

The concept was to create a beer hall in the open air, with a concert stage for the upper-middle class leisure aficionado.

In 1900, around 500,000 German immigrants lived in Chicago. The majority were trained professionals who had been forced to emigrate due to the economic and political instability of their country. As struggling immigrants living in cramped houses, they enjoyed developing their social lives with excursions out in the open air: assisting at cultural events or at the amusement parks, always in family groups or with their immigrant friends, indulging their customs and traditions, like having a beer in the outdoor cafés, and reminiscing about their homeland.

Wright’s intention with the gardens was to bring the culture of the German clientèle, who were established in the area, to the culture of Chicago and to convert the Sans Souci gardens into an outdoor beer hall, in a “concert-garden” where they would combine all the arts, including concerts, classical music, leisure and gourmet restaurants. In order to achieve this vision, Wright convinced Waller of the need to widen the scope and budget of the construction. These funds were raised through the sale of shares which allowed them to build the project and push the establishment forward.

Midway Gardens was formed as a quadrilateral with sides of 183m. It was principally an outdoor entertainment facility, with a large central area on different levels, where various dining outlets could be found, and a stage in front with an orchestra or performances for the diners to enjoy.

Two levels with walls and covered arcades were built at both sides of the central area, open during summer.

Visitors could also enjoy activities during winter and summer inside the building, where different sections were connected across five levels.

In the interior of the building was the winter garden. There was a hallway, a casino, a bar with two balconies with magnificent views, private banqueting halls, concert rooms, a shop for cigars and newspapers, two swimming pools, a dance floor, bay-windowed balconies, changing rooms and large garden terraces for walking under cover or in the open air. The variety of different areas of the complex contributed to the sophisticated and stylish atmosphere of the gardens.

The terraces of the winter garden were close to the dance floor and the balconies enjoyed the shade provided by the archways of the five porches.

Wright designed the building and everything related to it, including tables, plates and even cutlery. In addition to the principles of the cantilever, he used yellow brick and reinforced blocks of grey concrete, with images that brought to mind the decorative friezes of the pre-colonial cultures of Central America.  These blocks were sculpted while the concrete was still wet. He also designed the huge geometric mural of the interior wall and two of the 100 sculptures, again from concrete, called “Sprites”. These were located all over the complex and most looked downwards, toward the visitors.

These architecturally geometric statues were conceived in 1914 with the specific purpose of adorning and watching over Midway Gardens. The Sprites are traditional German decorative figures. Along with his well-known design, Wright also brought the idea of the “abstract” to them, with more geometric shapes. Under Wright’s supervision, Alfonso Iannelli and Richard Bock designed all of the sculptures but two. These two were designed by Wright and made by the artisan and cement expert, Ezio Orlandi.

The inside of the building is ornately decorated with stained-glass, designs of concrete and lights in unusual forms. The bricks were of bright colours, teamed with tiles in the walls and rugs for the floors. In each corner hung a spider, also designed by Wright. 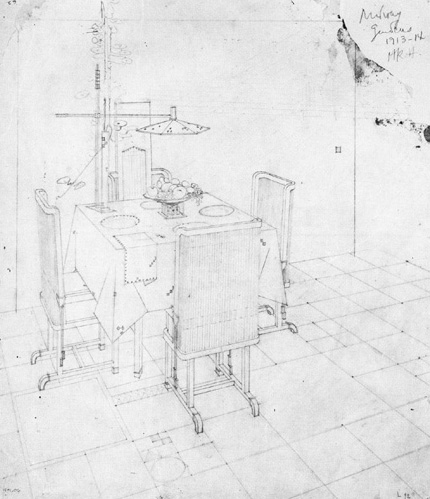 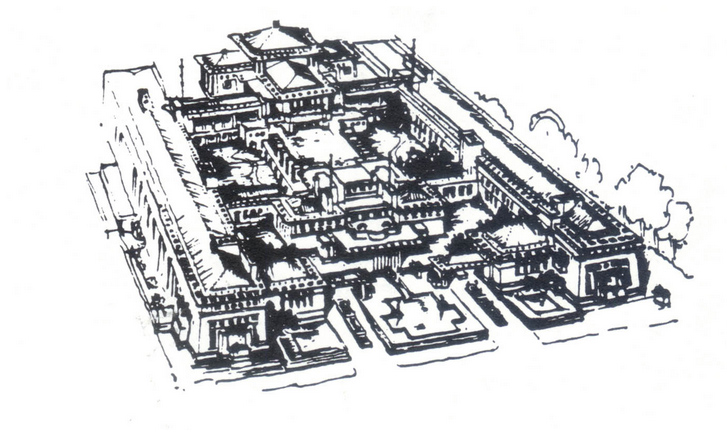 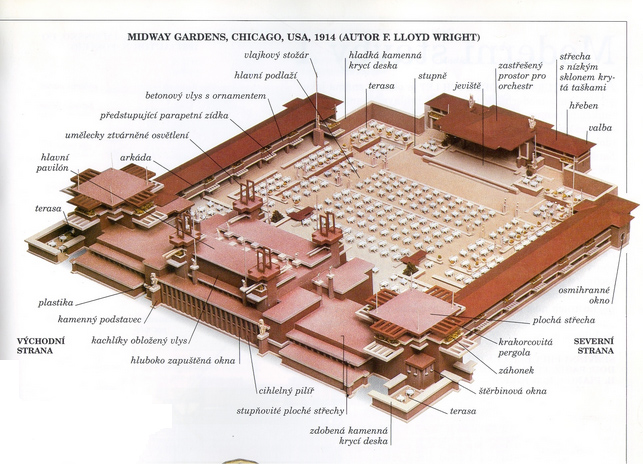 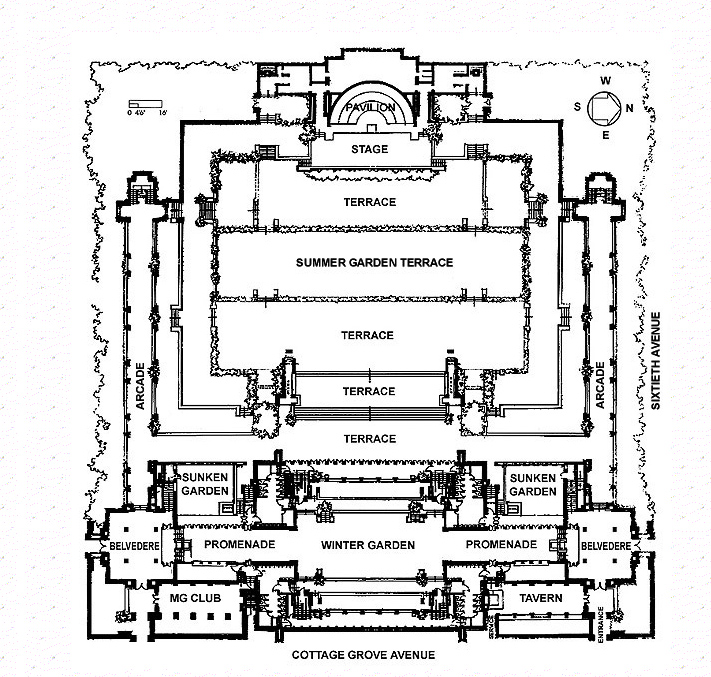 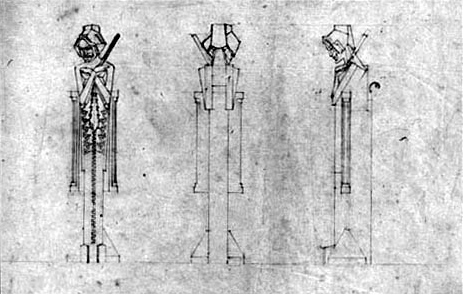 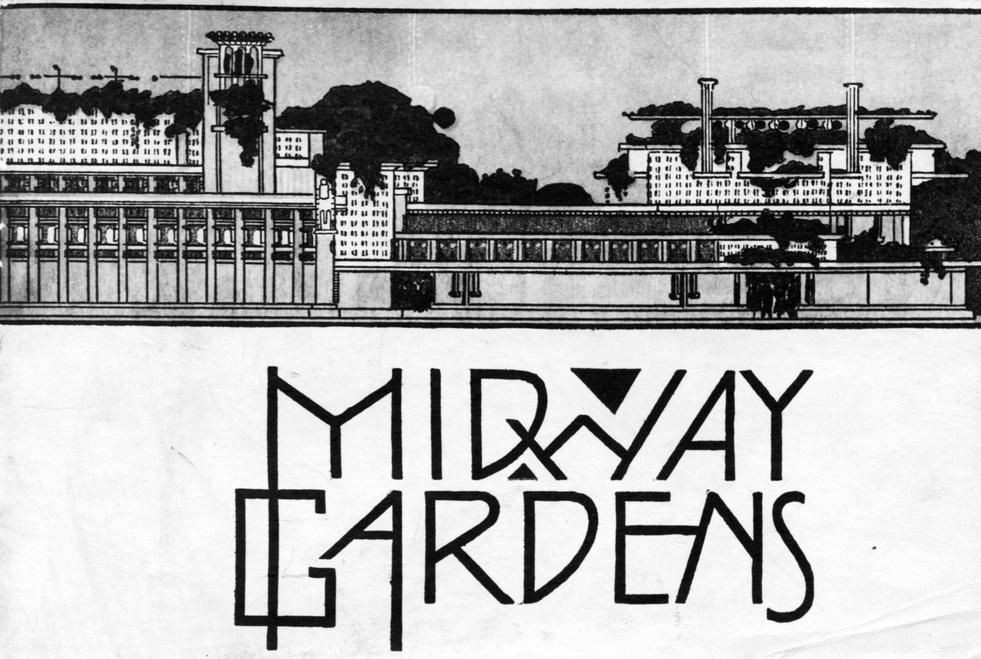 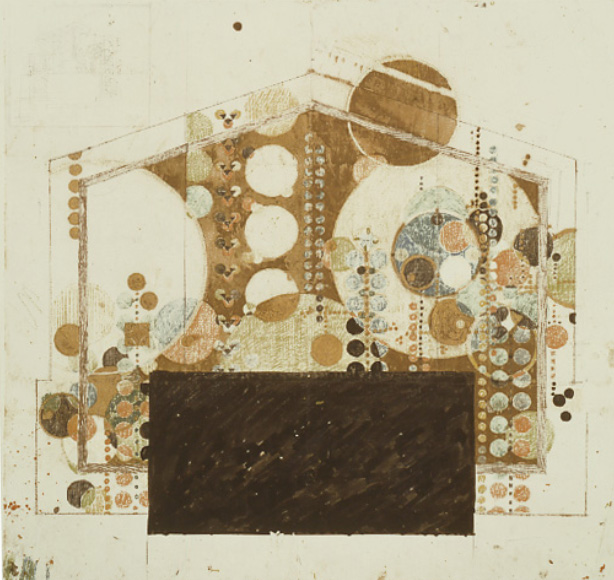 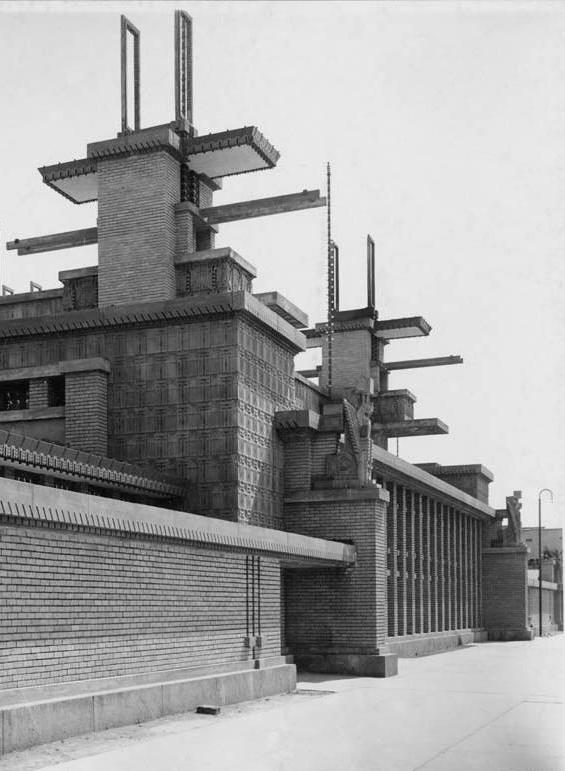 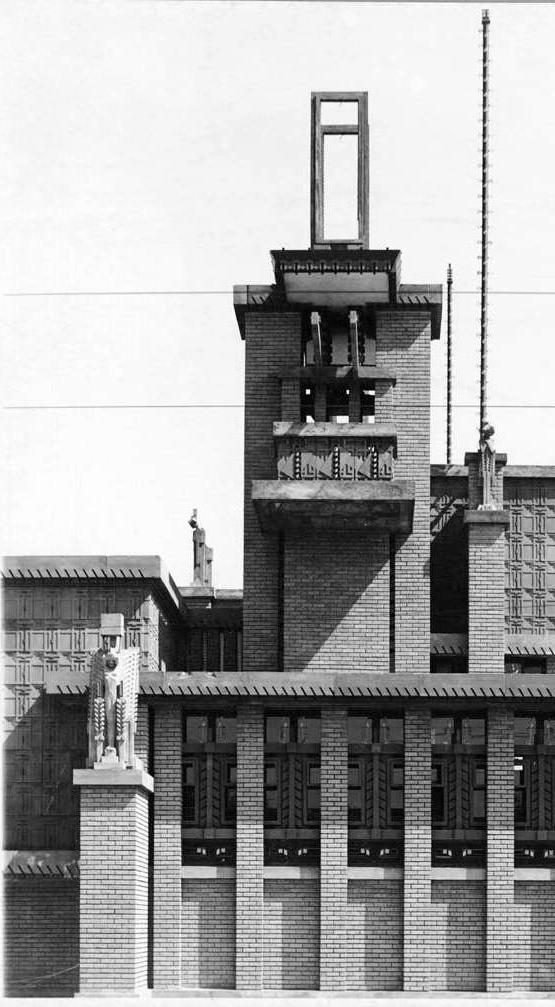 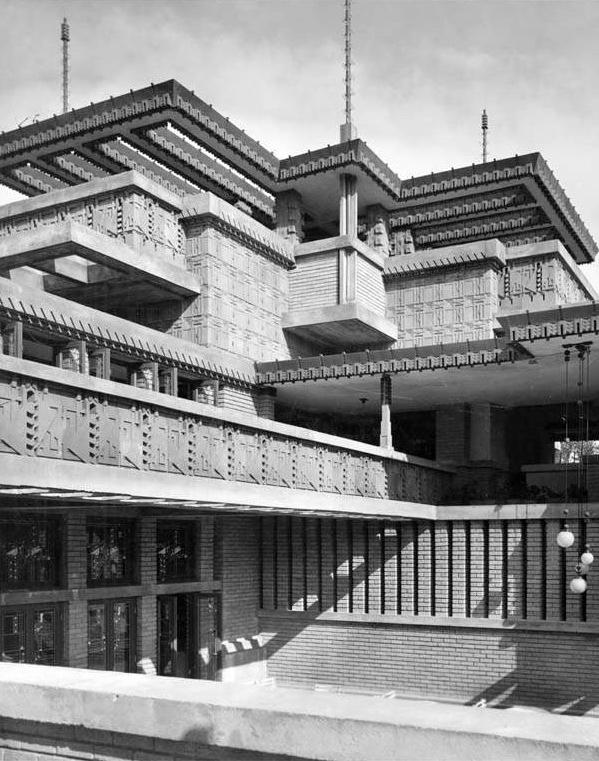 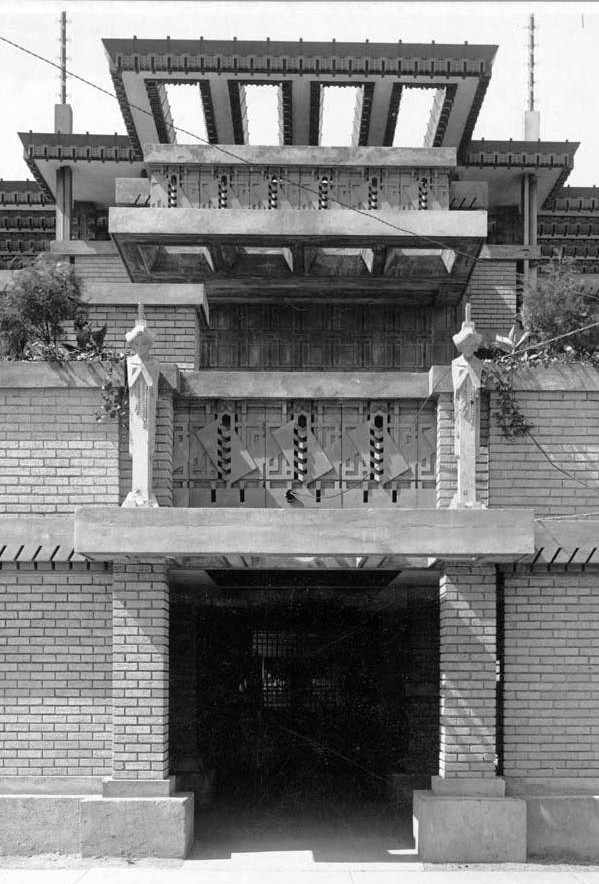 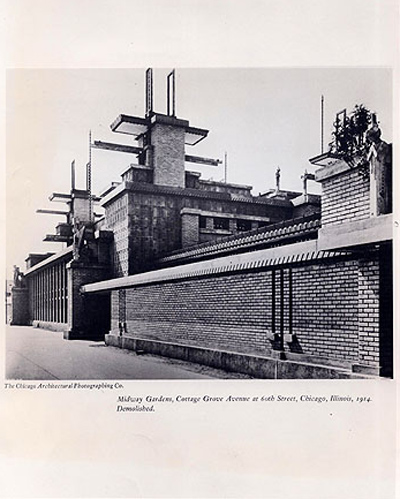 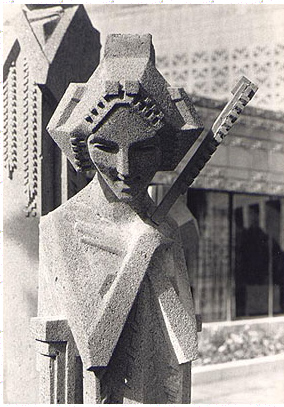 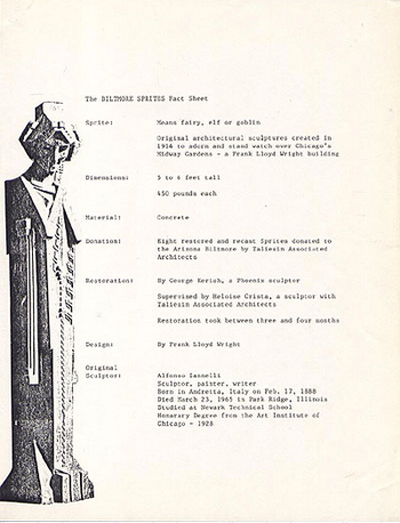 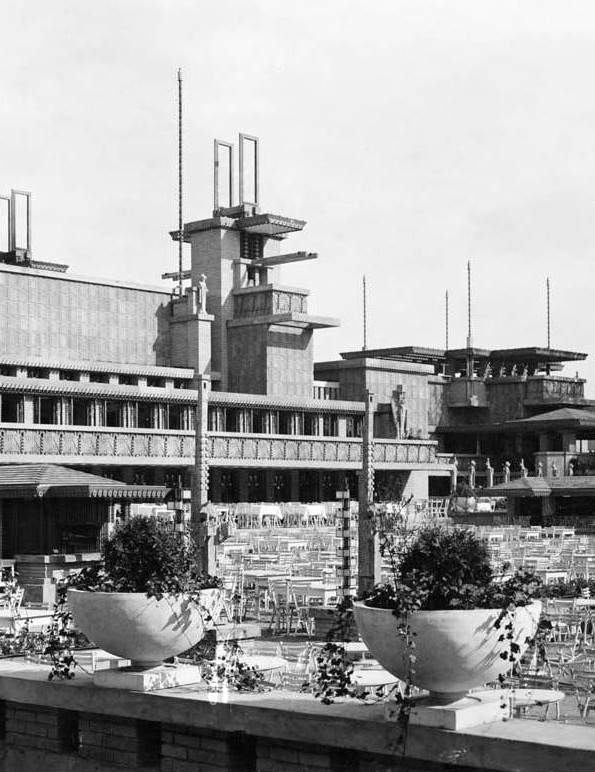 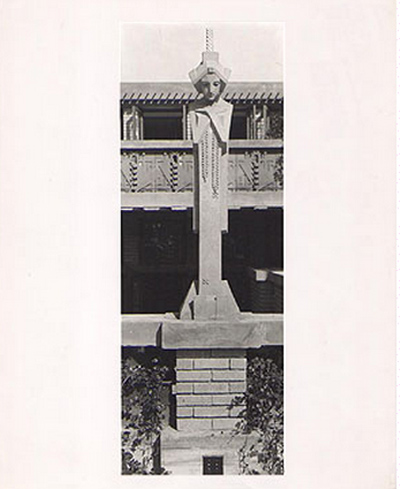 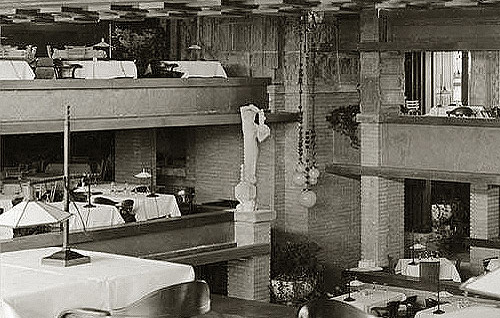 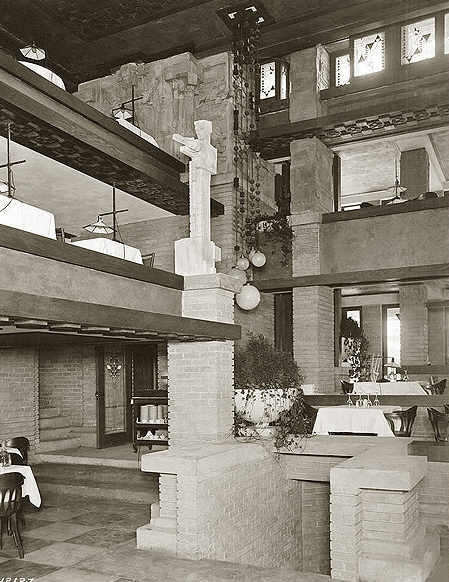 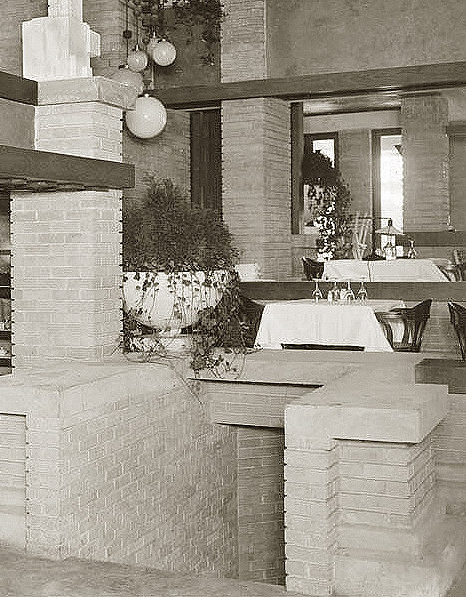 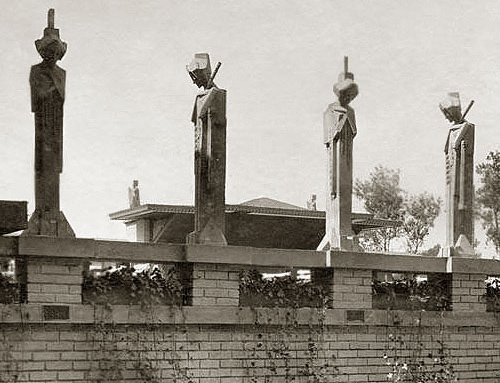 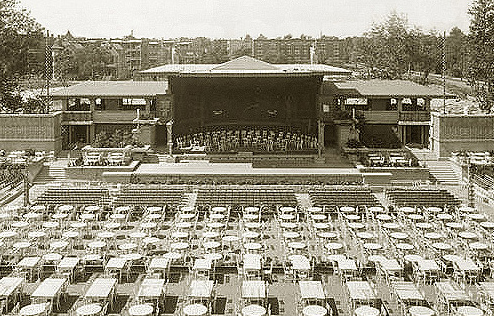 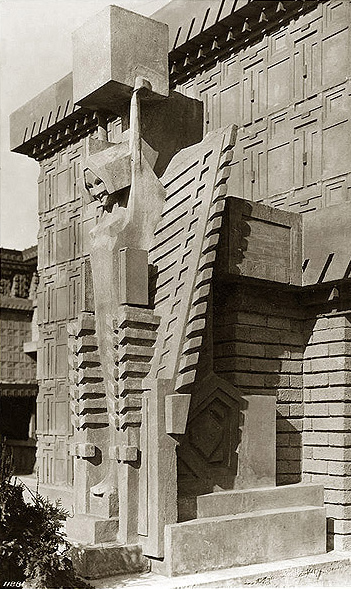 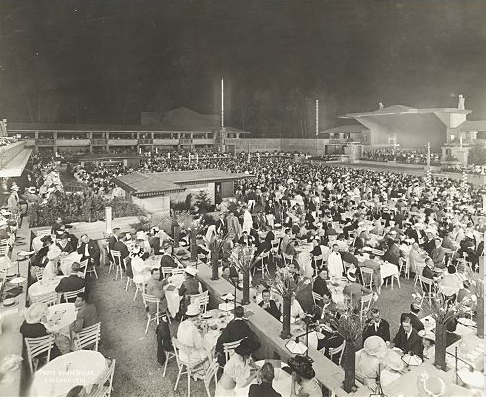 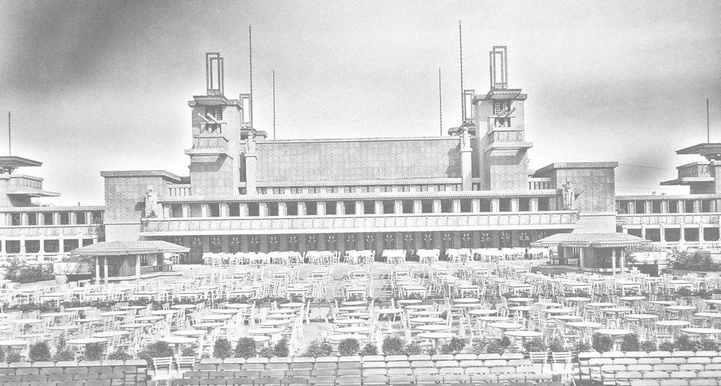 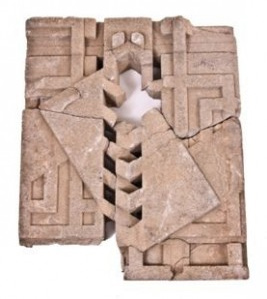 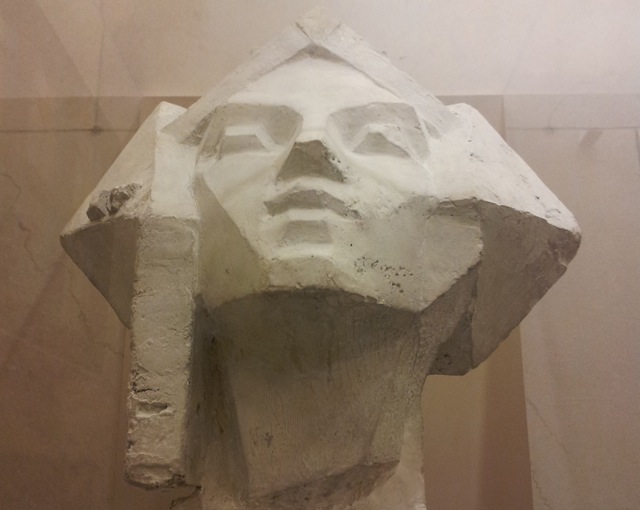 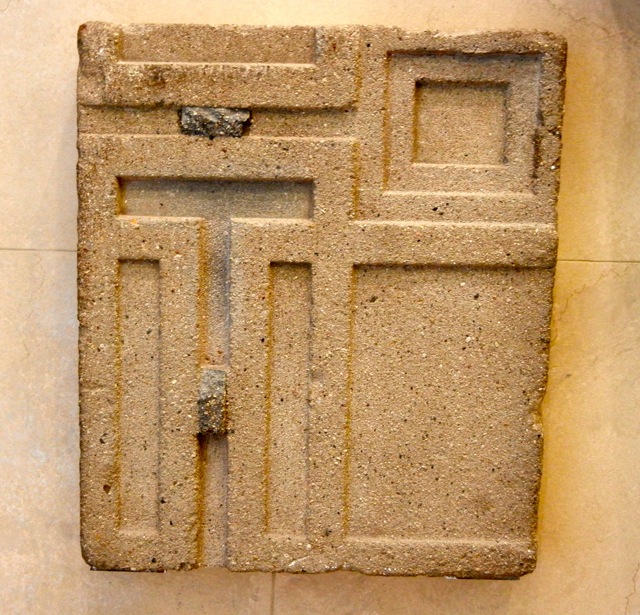