The “Maison du Brésil” or Brazil,House is located within the City College of the City of Paris, where buildings are located that housed students of different nationalities. In 1954 was designed by Lucio Costa, Brazilian architect originally from Rio de Janeiro that the plan of development of Brasilia and in collaboration with Le Corbusier. In a home the first proposals were made in Brazil, but the project and its construction would finish the office of Le Corbusier.

It was founded in 1959 when construction was completed, for forty years was a place for cultural, scientific and economic links between France and Brazil. It is characterized as a cultural center that offers all sorts of information about Brazil. This work has been home to students and researchers, especially post-graduate and doctoral programs.

7 L, boulevard Jourdan, 75014 PARIS – FRANCE, was declared a World Heritage Site in 1985 and subsequently in 2000 was restored between the Regional Directorate of Historical Monuments and the Fondation Le Corbusier.

As in all buildings intervened Le Corbusier, were present five points of architecture, coupled with this, we can always find new relations of space or different gestures that make each project unique. Brazil’s House is almost thirty years after the construction of the Swiss Pavilion for the Cite University in Paris that Le Corbusier development in the year 1930. Le Corbusier takes up the idea of Lucio Costa.

Costa would return all the principles of the international movement and even the great influence of the Swiss Pavilion was reflected in the project. The idea of “maison boîte” box or house would be reflected here, the building would have on the ground floor two axes of cloth tucked exterior columns which would carry a tray of concrete with different services and at the following levels would be located on one side the living cells of the brise-equipped in main facade Solei noting each cell floor. The floor of the building would not be entirely due to rectangular terraced house two annexes of services for the community, this gesture would generate in the back of the rotation rectangular concrete walls and semi-blind central window preceded by columns.

Compared to the Swiss Pavilion, it is almost twice its area. The concept of terrace is used again on the building and the bodies attached. Lucio Costa faced with the design of the building, thought it was necessary to make an architecture that was not “antibrasileña” so I thought about the international style endowed with life colors generated inside the pavilion. The design of the furniture was carried out by Charlotte Perriand and Jean Prouvé.

Is defined in the flag and two annexes of services:

Downstairs is free but space blocks and the main elevator stairs that uproots from here as part of one of the outbuildings, in turn can find details on reinforced concrete access drive to the reception, and the columns supporting the building.

The plant type is divided into three zones along:
1. services where we found the kitchen in the center, the stairs one at each end of the rectangle on the ground and toilets on each level.
2. Free movement, later to reach the rooms.
3. single strip although the ends are double, being highlighted in front of the balconies.

On the roof we have the outputs of the stairs and a common area for events or meetings between students.

In the first level townhouse is the largest we have the reception which is located just between the flag and this body, the entrance hall, in addition to the cafeteria, meeting room and theater for the community.

The second body is smaller, with the principal’s office, private meeting rooms and library.

The structure developed in this project was similar to that of the Swiss Pavilion, it was thought of steel, but after the war, prices rose as concrete was changed. Rooms five levels, supported by a large concrete tray, which in turn is a foundation wall placed in isolated footings.

In addition floor flag attached buildings have their own structure based on load-bearing walls of masonry and reinforced concrete and concrete columns, the combined system that provides for these small buildings with brise-Solei facades in front.

The whole building has different reasons in paint due to highlight the Brazilian culture, so much concrete walls, woodwork and furniture are painted in polychrome.

The carpenters are extruded steel sections painted in color, in terms of story, most of the circulation of the rooms are marble with yellow, levels the ground floor in the reception hall, library and in the principal’s office are of black stone, in the theater floor is wood and resin to the podium, not to mention the coffee shop has concrete floor for easy maintenance. The furniture would be made mostly of wood. 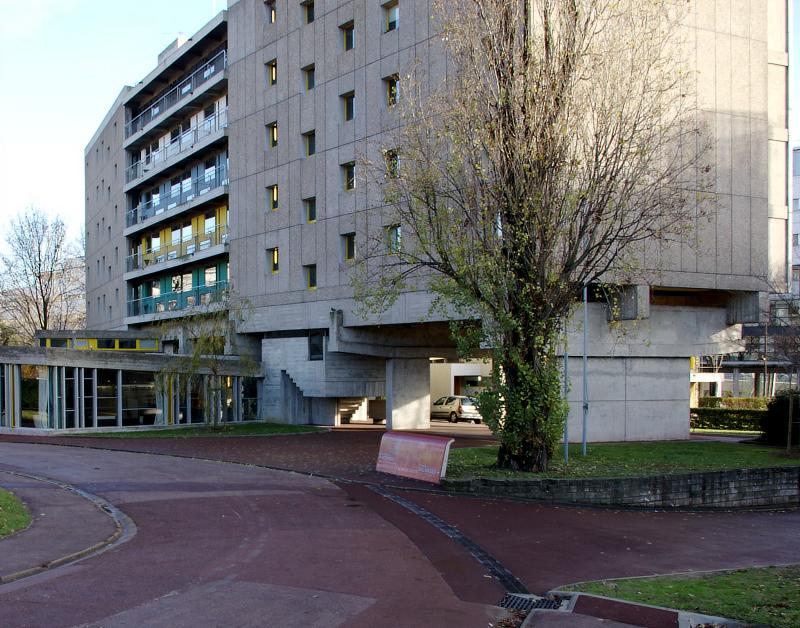 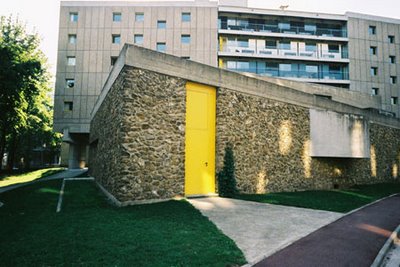 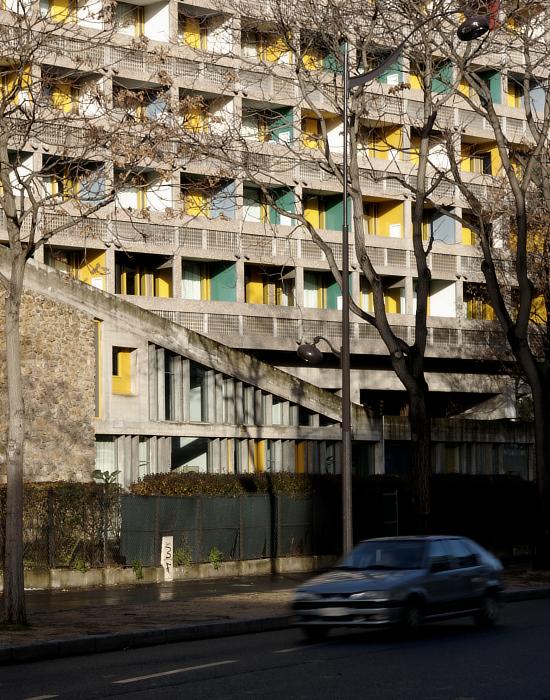 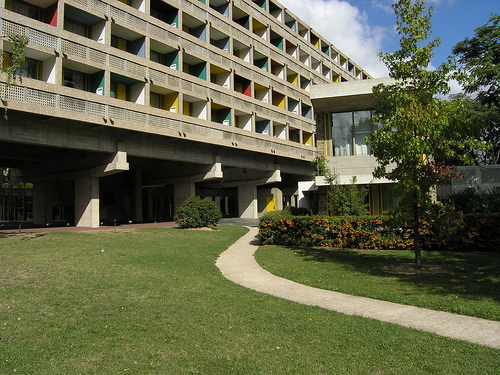 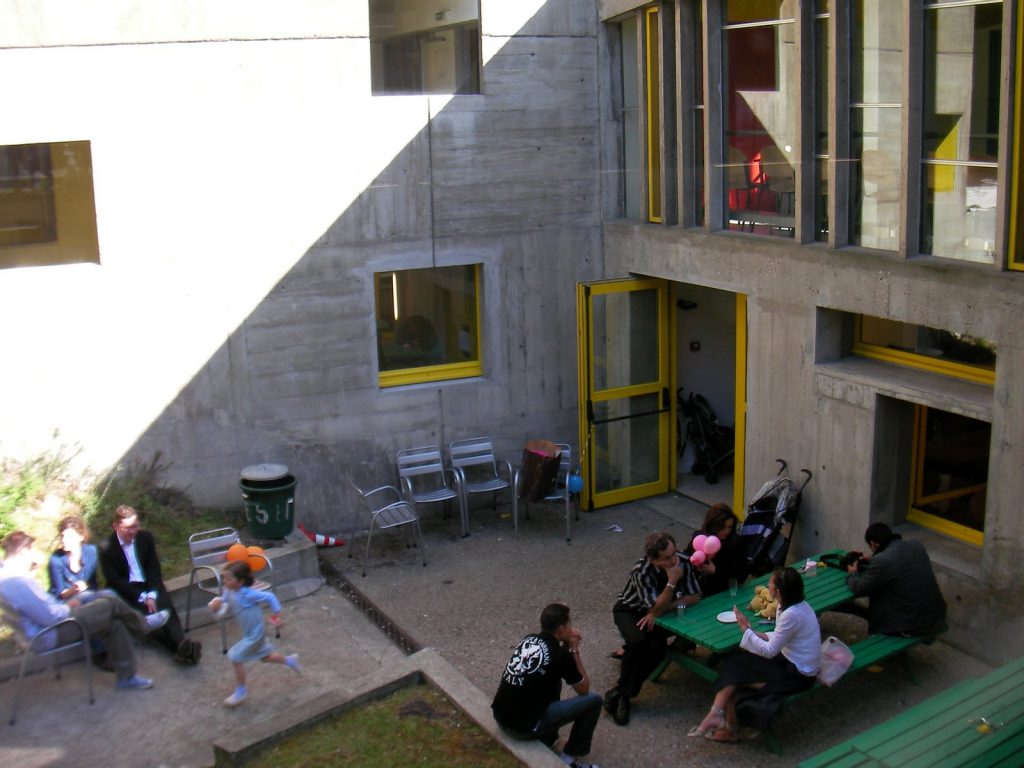