In 1930 the Swiss Foundation directed the team of Le Corbusier and Pierre Jeanneret the project of solving the problem of the accommodation of Swiss students, traditionally housed in poor quality studios in the Latin Quarter of Paris. This project would not only provide access to decent housing and food at reasonable prices, but also the cultural and sports facilities of the emerging International City University of Paris (CIUP).

The Swiss Pavilion was required to provide 50 beds, kitchens and common toilets on each floor, offices and housing for the director, and a common area to serve as a dining room or living room.

This is building one of the experiments of creative moment and a way of plastic materialization that did not return to be repeated throughout the author’s work. Le Corbusier had already implemented his ideas and experiences that had matured in the houses built in the Paris region during the decade of 1920, but still far from appearing on the horizon was the brutal deeds of the Second World War. This and other early works of the 1930s make their appearance one of serenity and a “classic” look of the second phase of the modern movement. These works do not appear restricted by the rigidity of the five points or cubism and are opened to greater freedom of expression, the introduction of new materials and textures and a remarkable maturity in the management of plastics resources.

The Swiss Pavilion of the City University is a finished paradigm of the emphasis of the modern movement, in which the forms are representative of different functions (form follows function) and simultaneously is an object of plastic treatment as much in its gestation as in its integration to the environment.

Situated on a plot allotted in the far east of the campus, among a number of buildings in the “national style” of each country, in Paris.

The work consists of two volumes clearly differentiated. On the one hand, the flag-shaped parallelepiped containing the student dormitories, and the other containing the free areas of reunion, all the individual spaces and the social space. The volume of rooms is separated from the soil through large columns of concrete.

Le Corbusier designed the solution to organize rooms for students in one of four plants parallelepiped 49 meters by 9 meters, suspended on piles and in its longitudinal axis extending east-west. In each of the first three floors are arranged like a comb 15 quarters of 24 m2 perpendicular to broker a distribution solution to which the architect is confronted for the first time and will be repeated in the development of the cell from room minimum projects for unités d’Habitation, to Brazil or the House of Tourette. In this way the body Room is open to the south toward the sun and sights of the sports fields through a wall of glass (verre bread), and closed to the north, leaving only small openings to illuminate the corridors. The volume that contains the vertical central service functions as a link with the body under which the common areas, which is essentially a large area treated with great freedom formal, whose poetic curves contrast with the austere lines of the first volume.

At the same time in the production of the first elements of the master mural adjetivación break with orthodoxy of the targets of the previous period: the texture of the stone wall in the curve and modular routes drawn on the facades and north side of the block of the bedrooms.

System of beams and columns of reinforced concrete. 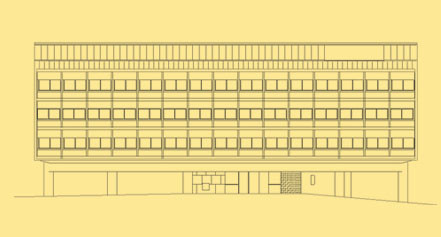 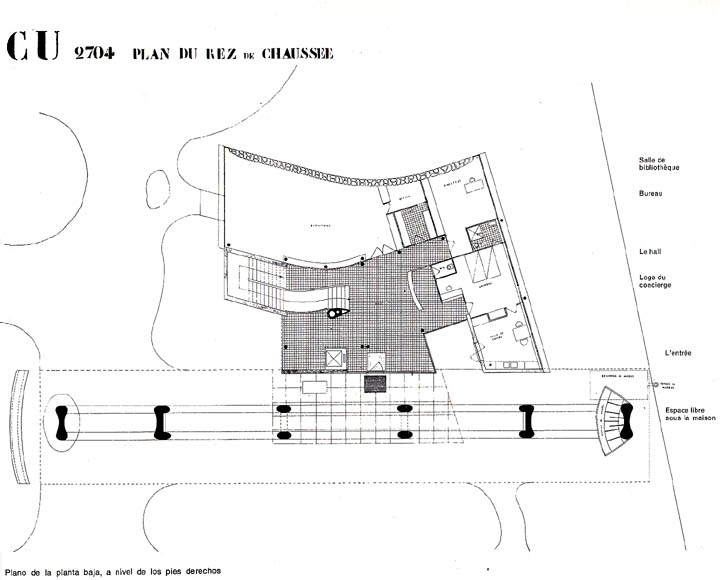 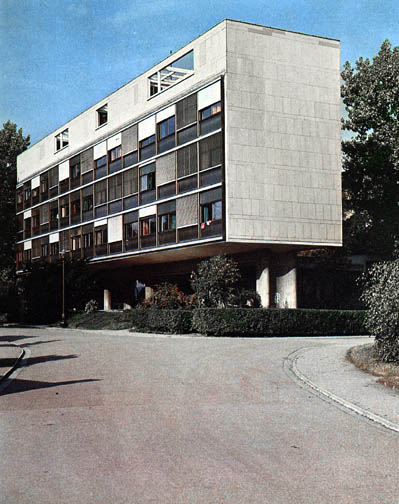 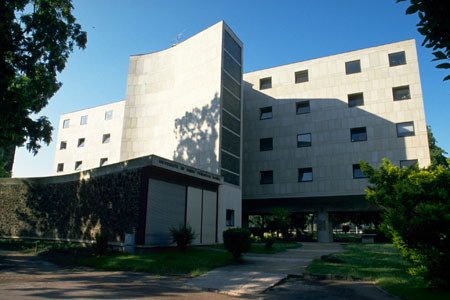 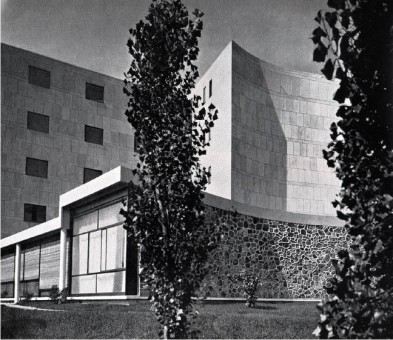 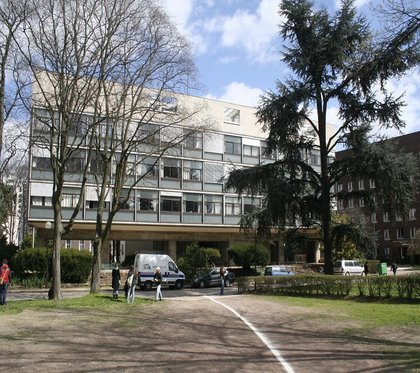 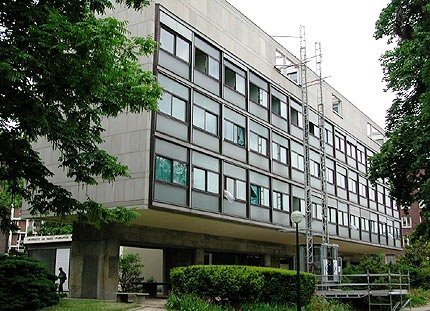 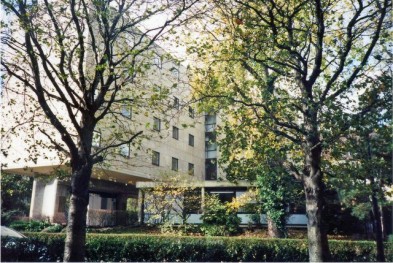 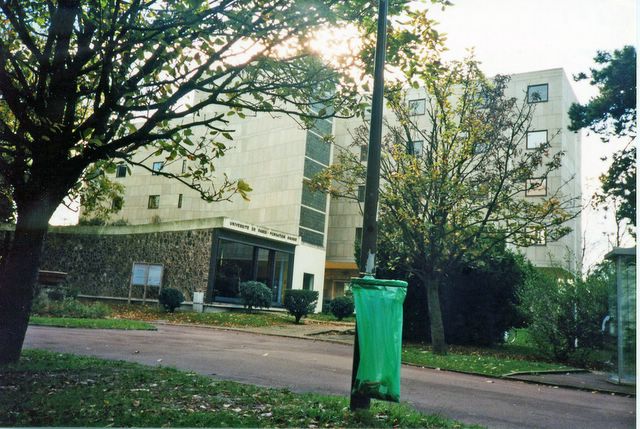 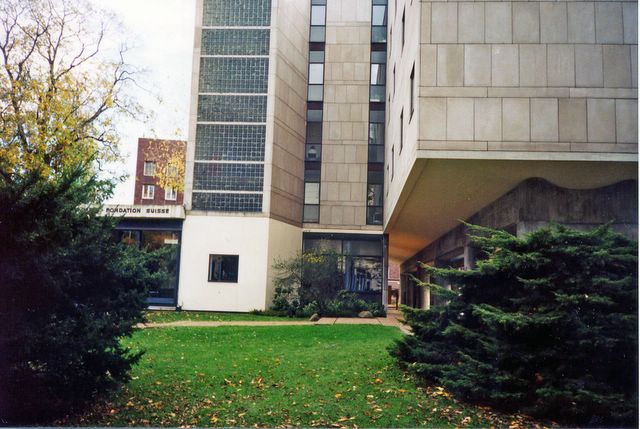 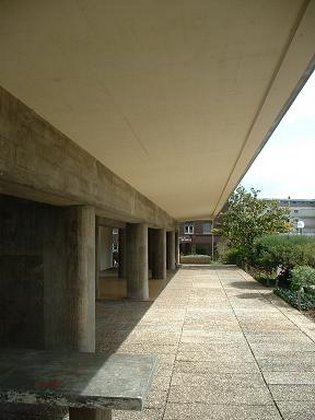 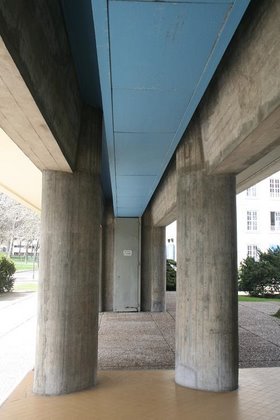 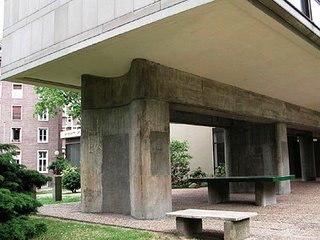 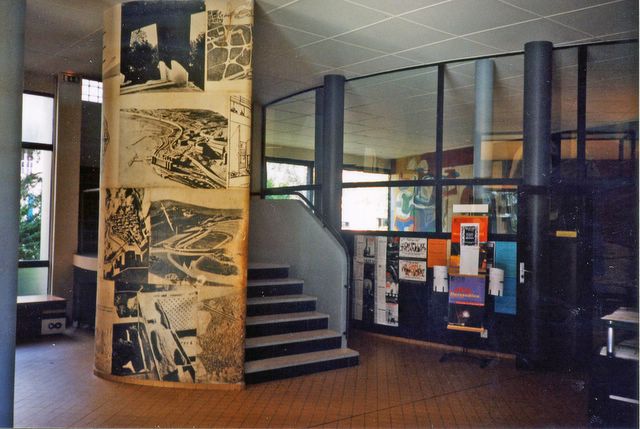 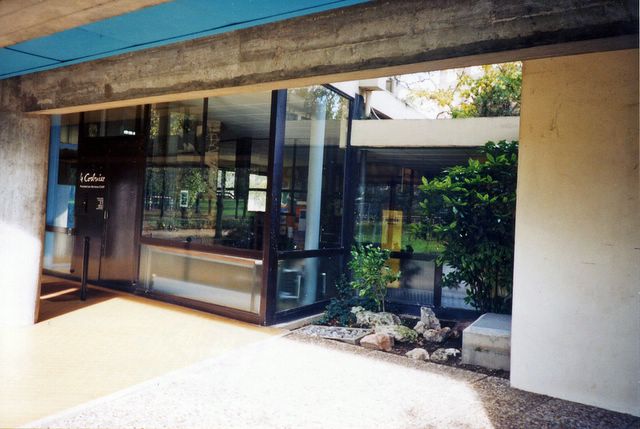 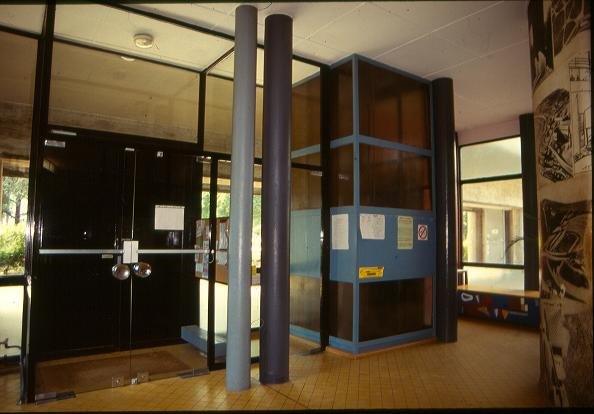 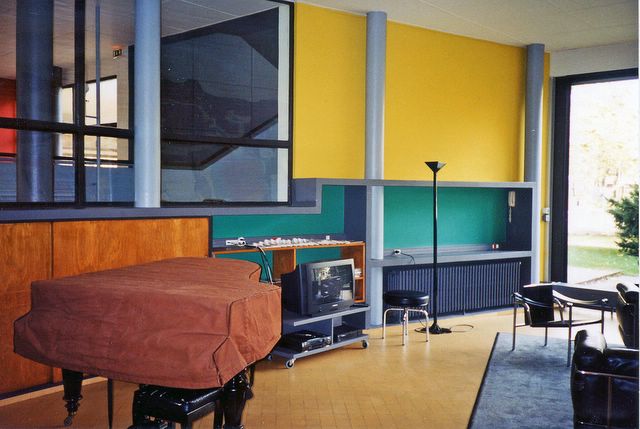