Gehry’s footprint is in Barcelona for the Olympic Village. The singular Golden Fish without a head which is at the Hotel Arts has been the only project of the architect in the city.

Clos years after the mayor would offer to make another major rail in the triangle. One of the most difficult and inhospitable Barcelona, according to Gehry’s own words, he will try to dignify.

The presentation of the layout of the buildings took place during the inauguration of the exhibition “Barcelona in Progress”, which can be seen in the Forum Building. The event is chaired by the Mayor of Barcelona, Joan Clos, President of the Generalitat, Pasqual Maragall, and the architect Frank O. Gehry, who explained the nature of the project.

In addition, the mayor appealed to any person or institution with a major automotive heritage is encouraged to display vintage vehicles in the mobility of the future museum to be built next to the railway station.

The creator of the Museum Guggenheim Bilbao breaks with the traditional image of the skyscrapers such buildings facades straight and flat and offers a series of distortions playing with curved lines that give the building a futuristic air.

In the area of the future station Sagrera, between the streets September 11 and Rambla de Prim architect Frank O. Ghery projected build an office tower of 34 floors and 145 meters high.

In the words of the mayor of Barcelona, with the urban redevelopment in the Sagrera seeks “the open wound between cicatritzar Sant Andreu and Sant Martí, where in 1839 created a huge void and a complicated rail triangle”, the building will end up with that scar, and is placed next to the lift station where the high-speed train.

In this project, Gehry Retrofuturo blend aesthetics of the film Metropolis by Fritz Lang, with the curved lines of the modernist works of Gaudí.

The architect, described the package as “a bride with a long veil.” The body of the bride is a giant tower made up of five blocks of different heights, and fraught with windows that grow from the ground with sinuous forms to be crowned by lanterns glass.

The space designed by Gehry covers 200 hectares on which to build the station of La Sagrera including the high speed train, local trains, metro and bus station.

From the foot of the main body, where offices are located, was a “veil” built with photovoltaic plates. Under that kind of pergola 12,000 square feet of roof is placed a multidisciplinary center dedicated to transportation.

That hangar, with a covering of broken lines, the space will be chosen for the newly baptized Interdisciplinary Center for Mobility, which exhibited aircraft, helicopters and all types of transport.

By the time he was known as Triangle Tower Railway.

The building is composed of five corps of different heights, with a facade full of edges and small windows. In this brilliant tower will total 80,000 square meters, 145 meters high and 34 floors.

This is a clear example of twisted or unstructured architecture, similar to the Museum Guggenheim Bilbao also designed by Gehry.

The building has three floors of underground parking, at its base occupies an area larger than gradually be strengthened.

At the foot of the bride is the mobility of the future museum that will occupy 12,000 m2 of roof. A unique building with a spectacular cover of broken lines and by the time the name of the Mobility Center Inerdisciplinario.

The two buildings have been designed under the criteria of sustainability and in this sense, both the tower and the museum will incorporate, among other elements, facades and solar thermal utilization.

At the museum, according to Gehry, will be from cars to helicopters and planes.
The equipment is covered by numerous plaques that photovoltaic electricity will andalusia museum and a large pergola form below which will install all types of transport.

Around it will create 7,000 m2 of space which will give continuity to the large park across the Sagrera, while the immediate garden area will be chaired by a large plane.

The facades will be of aluminum or glass, depending on its orientation and various strategies for sustainability.

Thus, the east and west facades, which are the sunniest, have small windows and a shading system to protect the building from the sun. While the front overlooking the north and south are covered by a double skin of glass that make many of the edges that run the body of the building from top to bottom.

The tower will incorporate, among other elements, facades and solar thermal utilization.

The building will have a system to recycle energy from underground geothermal, iran pipes to the ground and then climbed the wrought, to heat water and maintain the building at a stable temperature.

Among the technical highlights of the plates as a source of underground geothermal energy.

The use of energy was one of the factors which was devised, boards cover the museum and the central tower of the offices.

The casing is a combination of a metallic material, such as the Guggenheim and the covering glass. 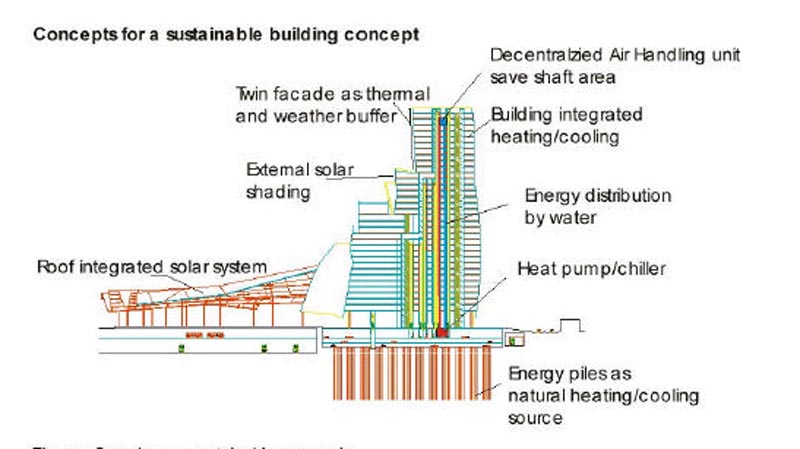 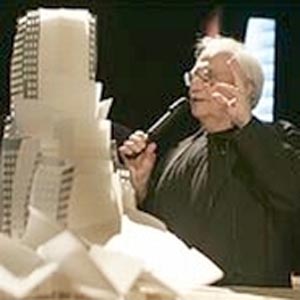 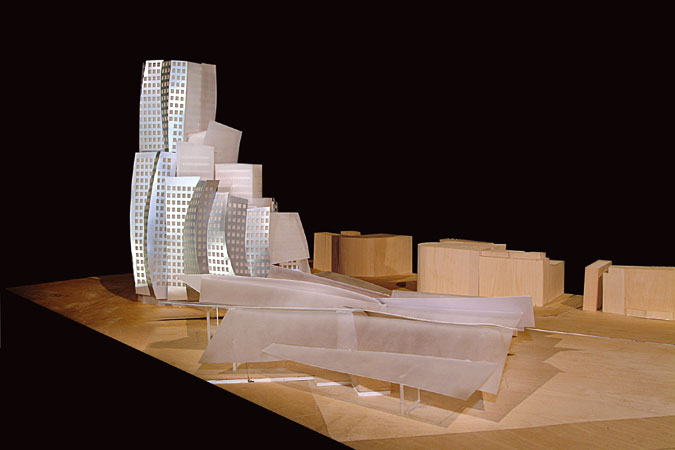 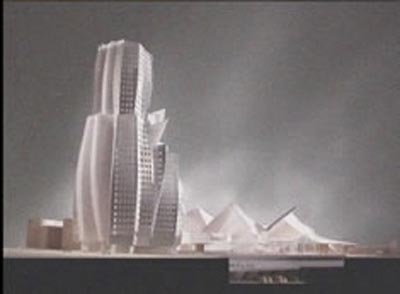 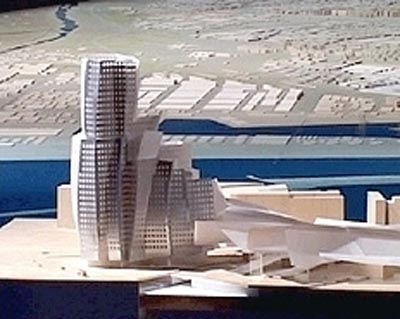 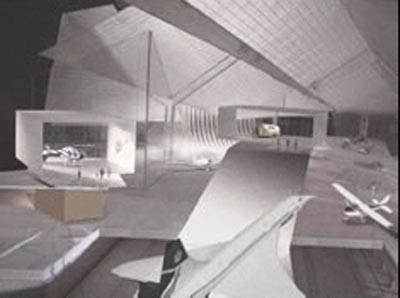 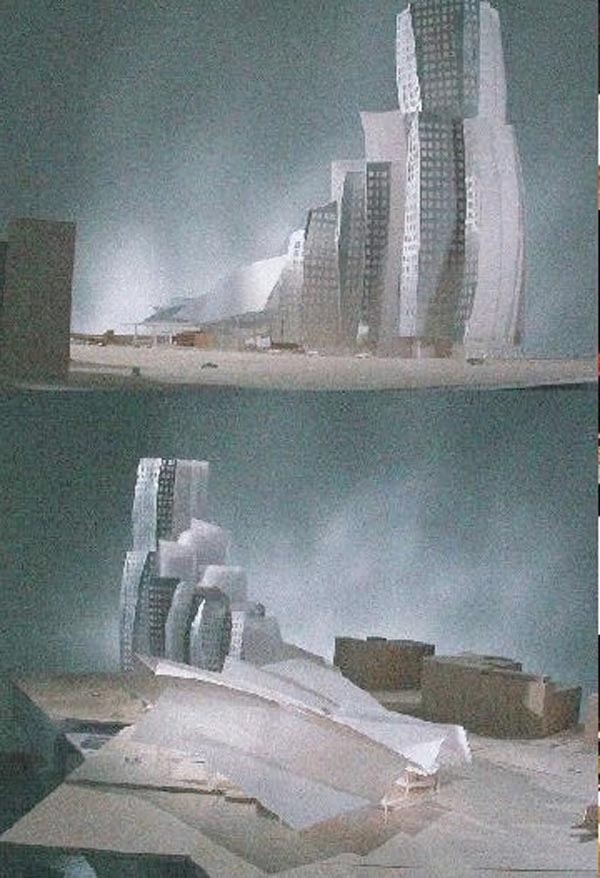 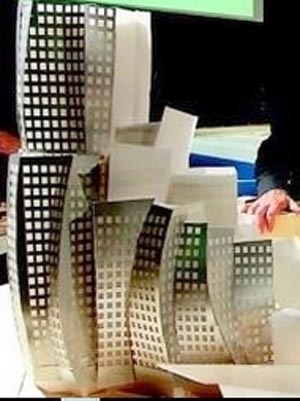 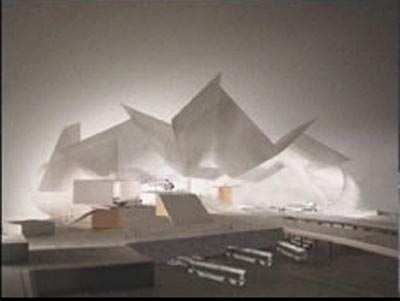 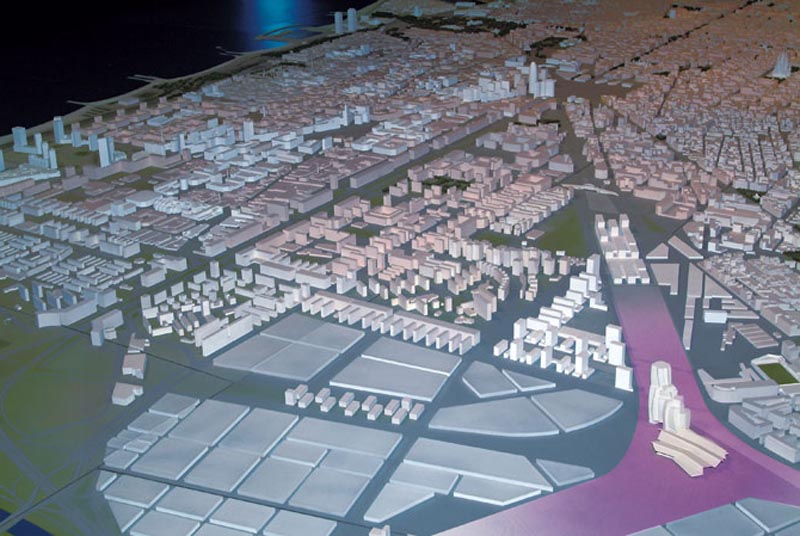 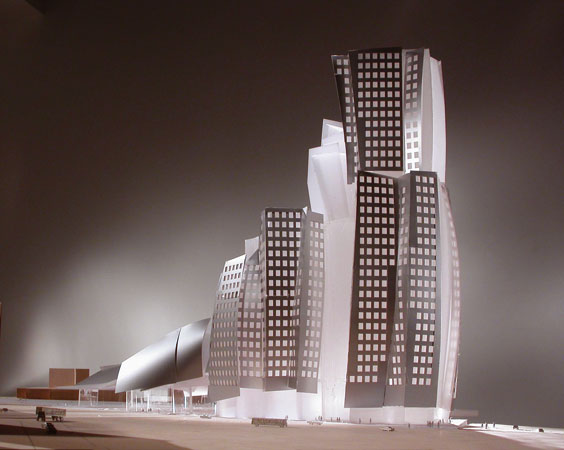