The new headquarters. The new headquarters of Gas Natural Group arises in this context, and represents a return of up to place its origins, since it occupies the place in which one hundred and sixty years ago was located the first gas plant in the country.

The new building is the winner of ideas convened by the Gas Natural Group. It is a proposal that can be understood as a glass tower twenty storeys high, which becomes part of the new skyline of the city.

The package accommodates all employees of the group working in Barcelona and now shared by several schools in the city, including the historic building at 1 Portal Avenue Angel, headquarters of the group since 1895 built by the renowned architect modernist Josep Domenech

The building is located on a site next to the round of the coastline, one of the 3 belts road which has Barcelona in the district of Barceloneta.

At present, it is a unique neighborhood, who lives facing the sea and live with very poor sectors of society. Barceloneta is a neighborhood of old fishermen who thrives on the presence of tourists and beach bars.

The new building has a very clear desire to be compatible with its immediate urban environment with the new high-rise buildings in the city.

The new construction has on the one hand verticality feature an office tower and, secondly, the fragmentation of a series of buildings of various scales to, ultimately, form a single volume, however, that respond to different scales and a clear relationship with the residential buildings.

The new building leads to an overhang that forms a kind of big open door that allows the neighborhood of Barceloneta, and form a singular public space that the building falls to the ground, to form an urban landscape of different dimensions.

In summary the complex is formed by a series of abstract volumes that are confused with the other buildings that are around him without losing a unity achieved through the curtain wall that covers all the blocks in different shades.

The new headquarters of Gas Natural consists of three buildings put together, which is fragmented and are constructed from a series of layers, covered with a glass skin that covers the whole.

The group is surrounded by a garden that must be traversed to gain access to the nearby Parc de la Barceloneta, from a street parallel to the Ronda del Litoral.

First develops a body that is the foundation of the building and that aligns two of the streets that surround the site. This is a twenty-story tower and twenty thousand square meters, the last of which is devoted to business management.

A second block, an elongated and floating, and other, lower only four storeys high, which was merged with an existing small building.

But undoubtedly the most spectacular feature of the complex is an overhang that connects the building blocks of houses adjacent to form a huge door that opens to the Barcelona neighborhood of Barceloneta. It is reflected in this overhang of a particularly hectic activity of the city, with the daily bustle of a city concerned, and the sky. Just pop in this volume provides an opening that lets you see the old tower Gas establishing a consistent relationship between the old and new, between the existing and new construction.

The continued closure of the facade is a glass curtain wall that unifies the whole, composed of different windows that give a dynamic aspect to the construction and metamorphic.

The team of architects insisted that the placement of reflective glass, despite the difficulties involved in using this material. They tried to choose the type of glass was manufactured in Los Angeles, but after several negative idea to trust the company Permasteelisa Group, which has made Italian plant, among other works, the lining of the Guggenheim Bilbao and the golden fish of the Villa Olympic Barcelona achievements of both Canadian architect Frank O. Gehry, and also the Torre Agbar by Jean Nouvel.

In short, this was to give a millimeter deflection reflective glass, which is the quality of this particular coating. There are five different types of glass, which increase to a greater or lesser degree the effect speculate.

Thanks to these materials has been a great energy on the facade and a high level of isolation. The building provides for the coating of its exterior facade of eighteen thousand square meters of solar control glass Stopsol Supersilver gray and colorless Stopsol Classic, supplemented by low emissivity glass Planibel N. TOP In this way, it has a great energy in the facade, to combine the best insulation value-U-1.4 WArnzK) – with the necessary protection against the flow of light and heat from the sun – solar factor 21 % -. Similarly, it has paid special attention to the characteristic reflection Stopsol layers that add a special heat treatment to design a special set of reflexes.

These glasses preserve harmony different shades of color, which provide a look different from other buildings also recurrenala solution for its curtain wall exterior facade. 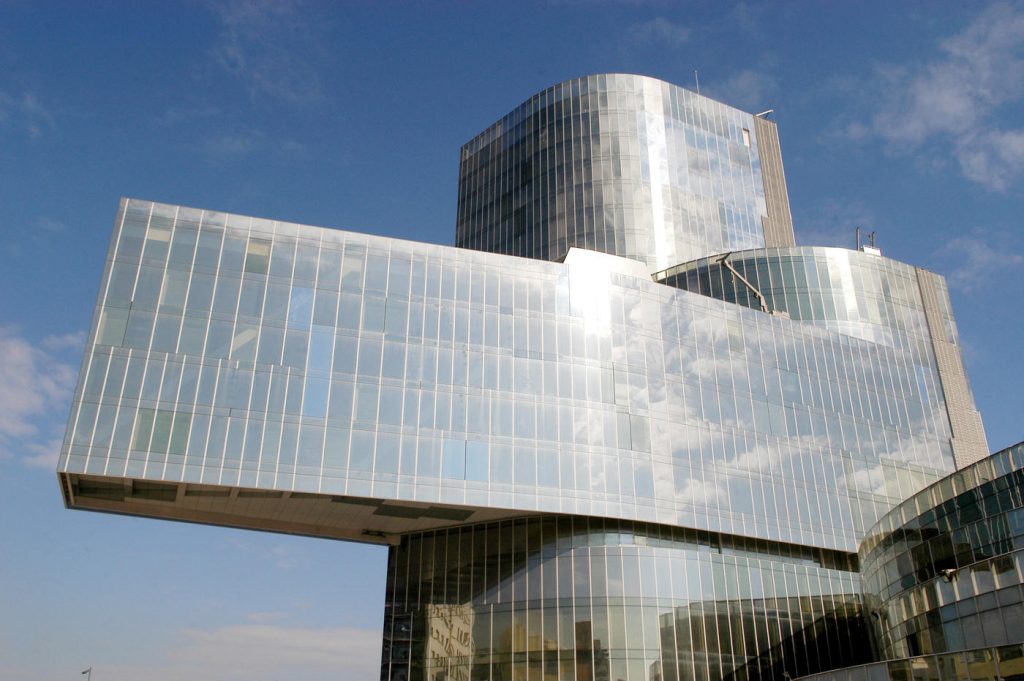 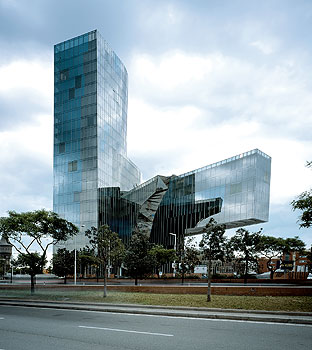 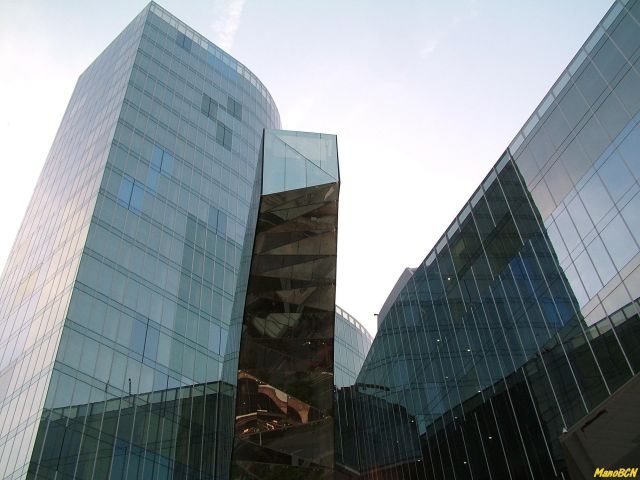 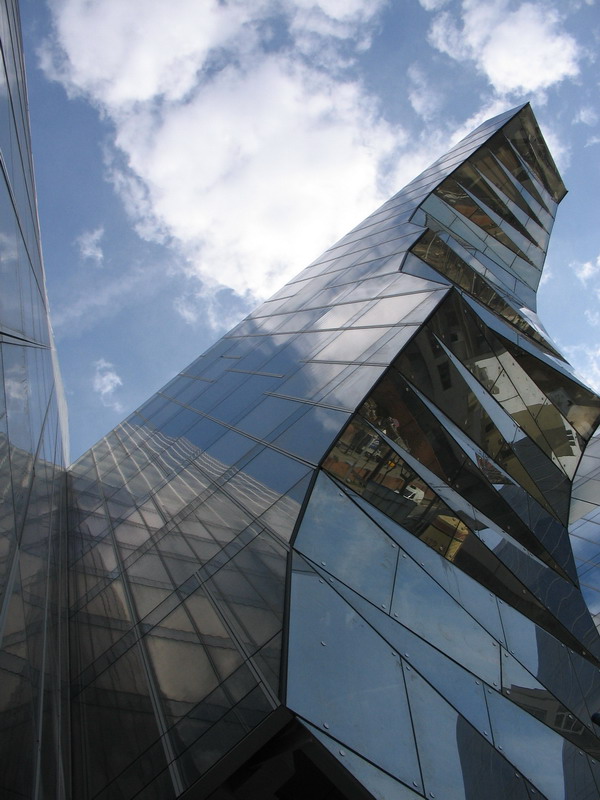 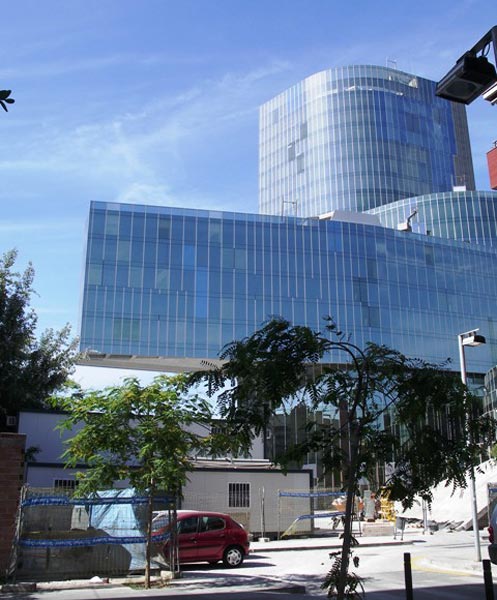 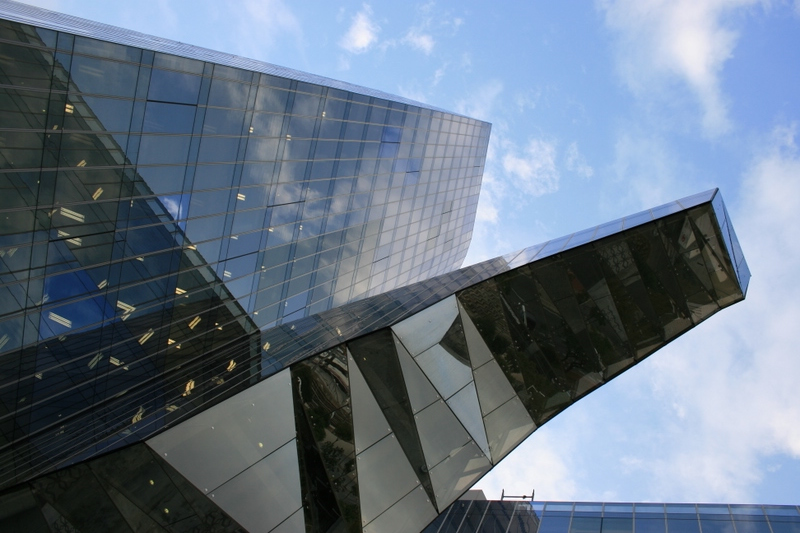 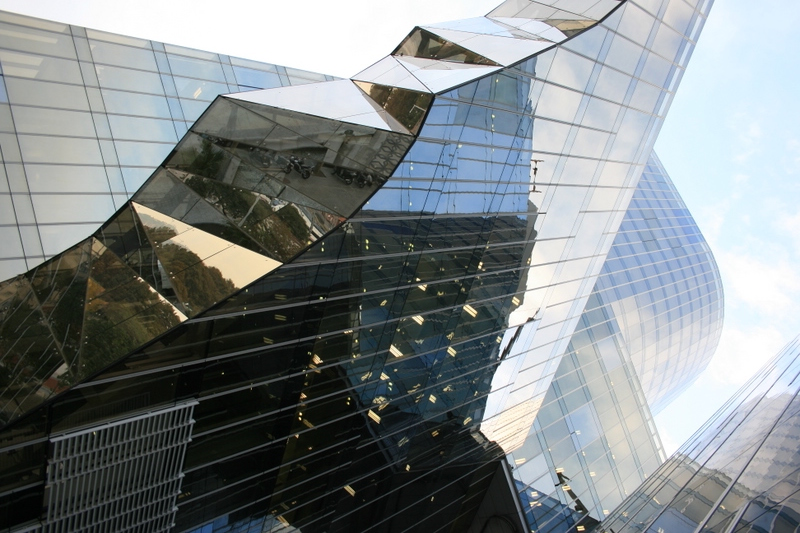 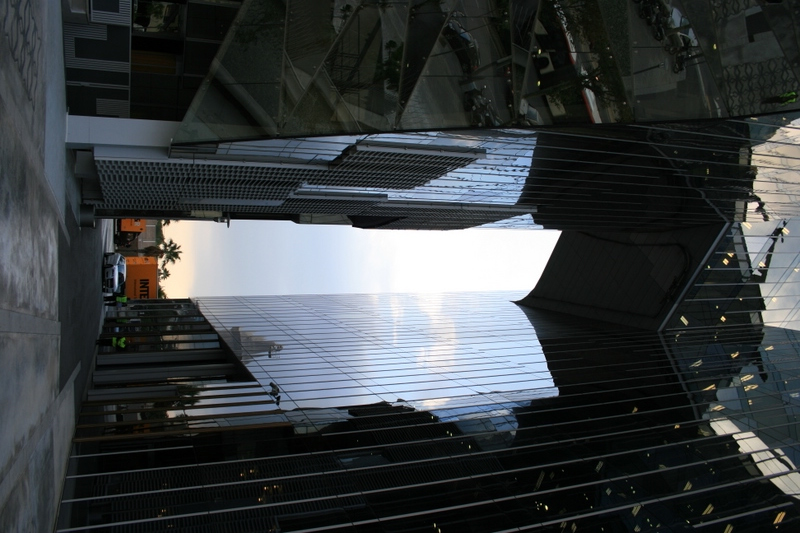 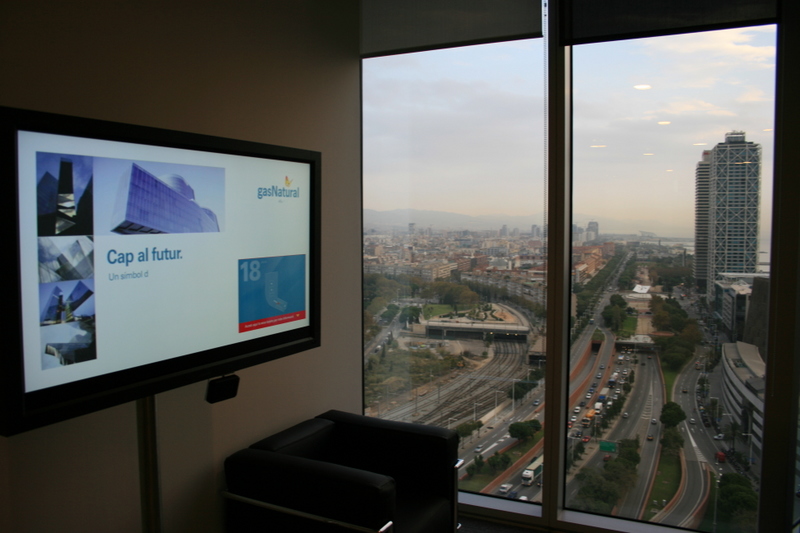 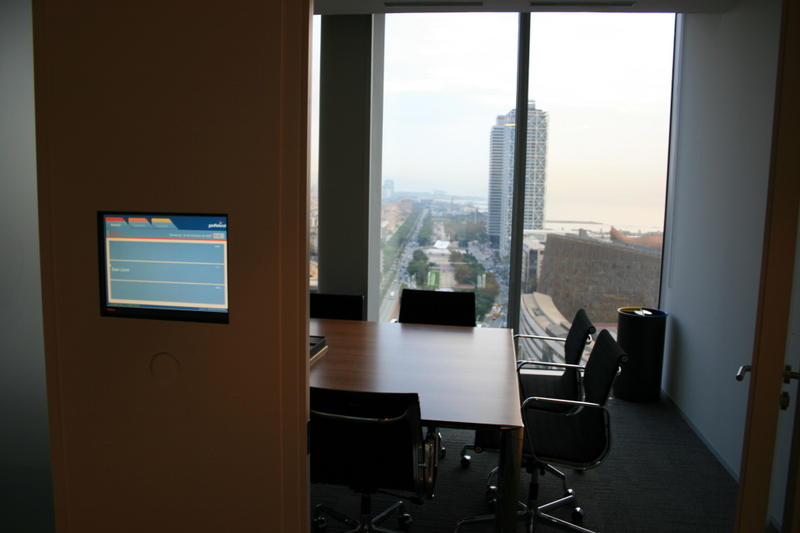 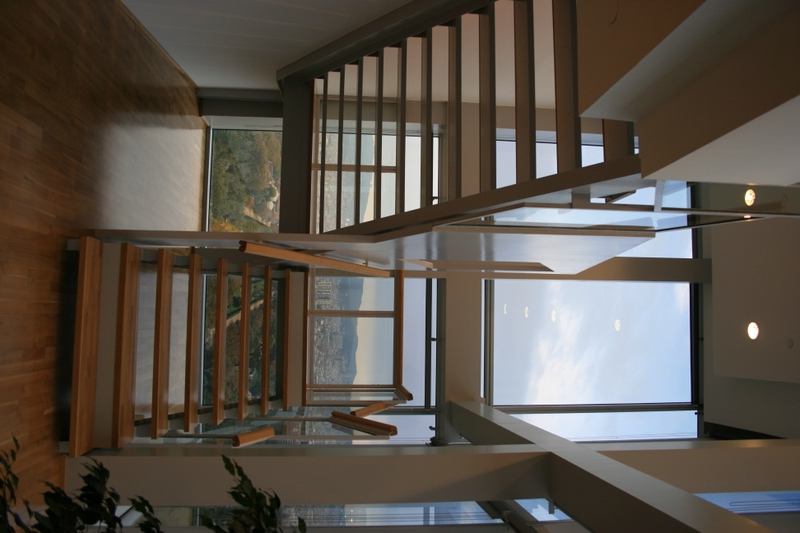 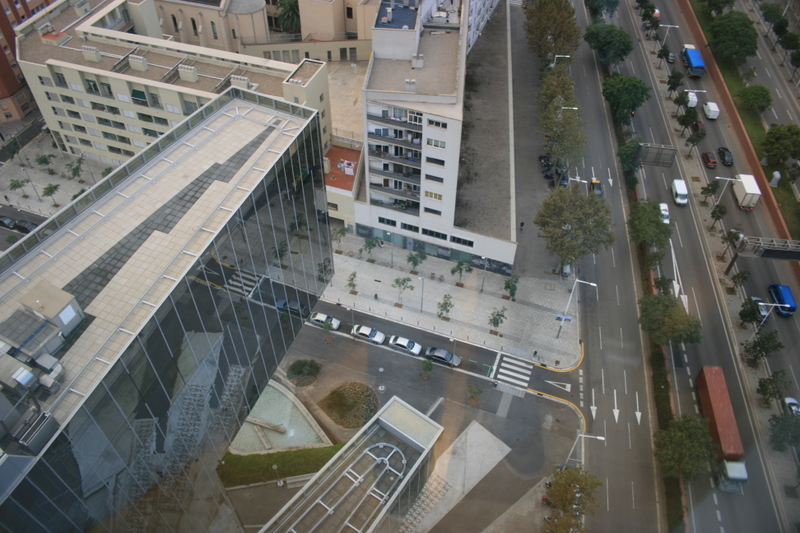 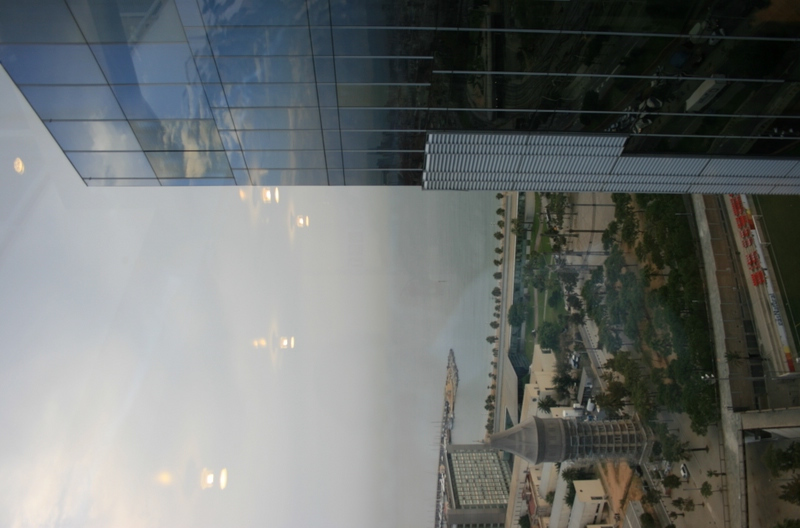 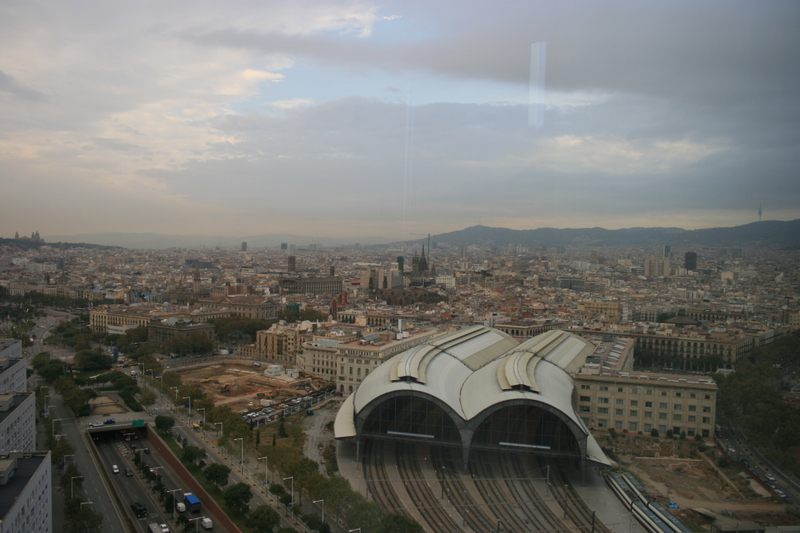 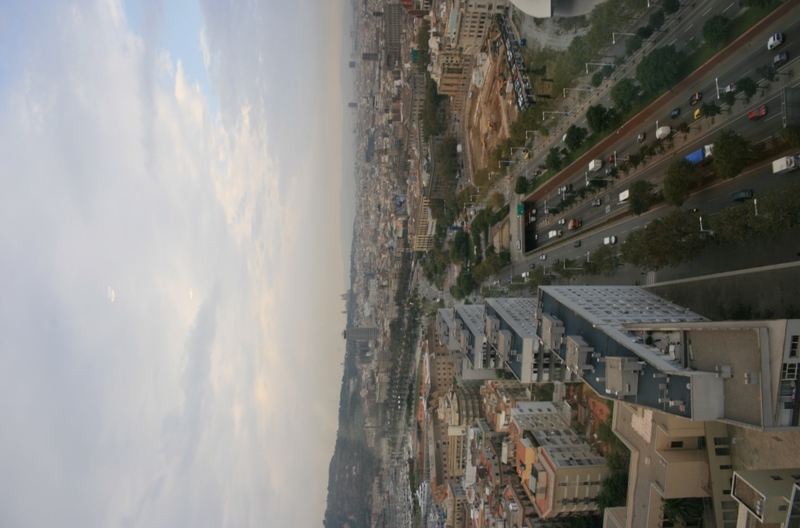 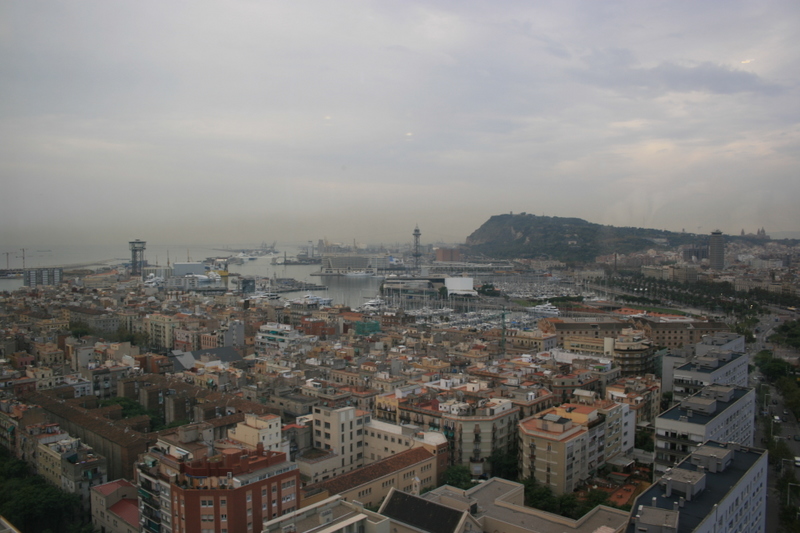 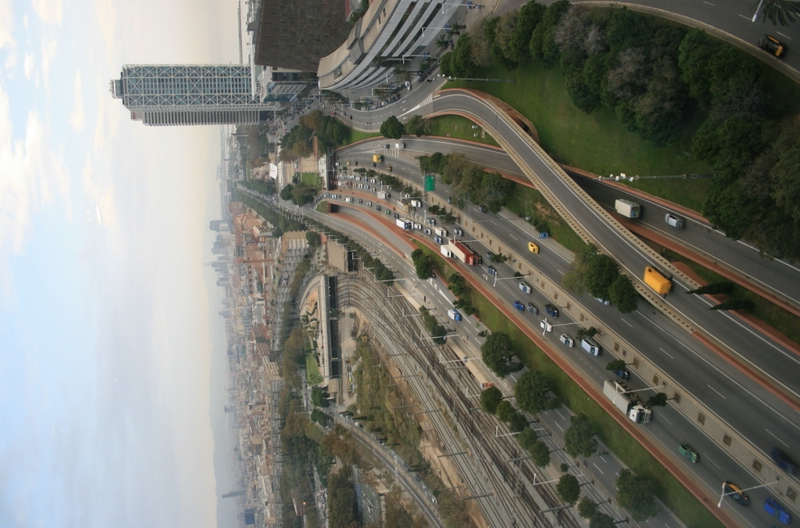