It was designed by Jia Huan Cheng, a member of the Shanghai Modern Architectural Design Co. Ltd. The construction began in 1991 and was completed in 1995. Taking 468 meters in height, is the highest tower in Asia and third highest in the world behind the Toronto and Moscow.

Some observers, particularly Westerners have criticized the unique aesthetics of the tower, branded as “vulgar stick,” a “futuristic cartoon of the years 50s-style Buck Rogers.” However, many others ponder the almost magical beauty of its beautiful areas, which shine like rubies ascending to heaven “, in addition to his” colorful lighting, which is reflected in the river. ”

The truth is that, like the Eiffel Tower in Paris which was described at the beginning of “monstrosity”, the Pearl of the Orient has become the most representative landmark of Shanghai, attracting more than 3 million visitors per year. It has also been a big deal because, besides being an excellent TV transmitter, its construction cost 100 million dollars, and today is valued by more than 6000 million.

Beyond their formal characteristics, no one can deny the social event of the tower to transform an abandoned border river into an attractive urban center, which conducts ongoing activity which has promoted cultural and economic development both in Pudong and the Bund same.

It is located at the tip of Lujiazui in the Pudong district, alongside the River Guangpu in the city of Shanghai, China.

The architect while using a contemporary language, its design based on ancient China.

The building is based on a verse of the poem by Bai Juyi Pipa Song, about the wonderful sounds of the instrument pipa, such as pearls, large and small to fall on a plate of jade.

Thus, the Pearl of the Orient form a partnership with the Yangpu Bridge to the northeast and the Nanpu Bridge in the southwest, symbolizing “two dragons playing with pearls falling from the sky over a plate of jade.”

The design is composed of 11 areas or “pearls” of different sizes. The highest area is an observatory of 14 m in diameter, called the Space Module (Space Module) located 350 meters from where you can see fantastic views of the city, especially the Bund.

The second area of 45 m in diameter, contains a revolving restaurant 263 meters high and that a complete rotation every hour, plus there is a second viewpoint called the house Widescreen (Sightseeing Floor), to 259 m.

They follow a series of smaller areas, which form the rooms of Hotel Space (Space Hotel).
The largest area (50 m in diameter) is a third observatory located 90 m and is named the Space City (Space City) and that accommodates a futuristic city.

Finally, three other areas children are embedded in media assistants who as a tripod to hold the tower at its base and resting on a base of grass.

An antenna that transmits television programs and radio extends the construction by others over 118 meters.

At the base of the tower is the Historical Museum of the city and is building a theme park dedicated to the world of the future.

The entire building is supported on three columns of oblique 7 meters in diameter that are started in the basement.

They are born of the three main vertical columns of 9 meters in diameter each that are responsible for going engarzando successive spheres that make up the interior spaces of the tower.

Successive areas are consturidas steel and coated with triangular windows are tinted in shades of violet.

The central column of the tower is materialized into concrete with steel rebar. 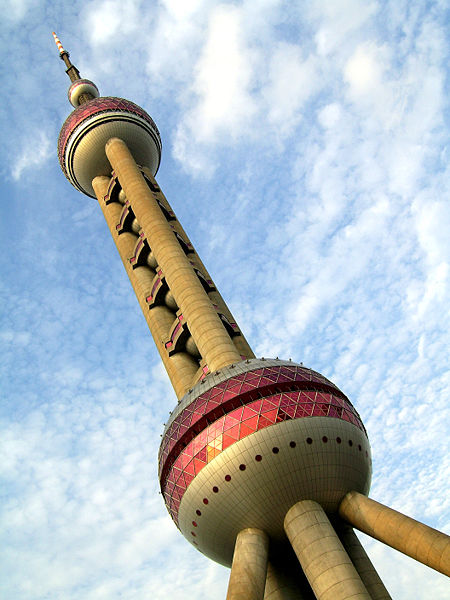 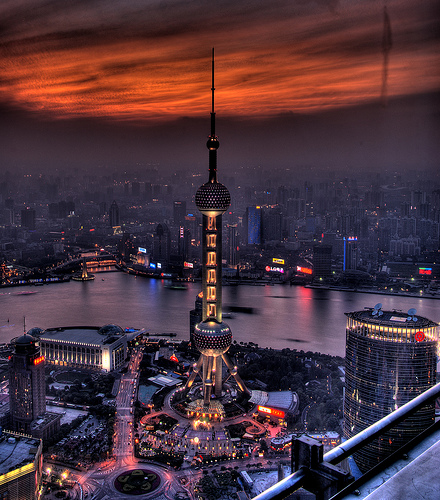 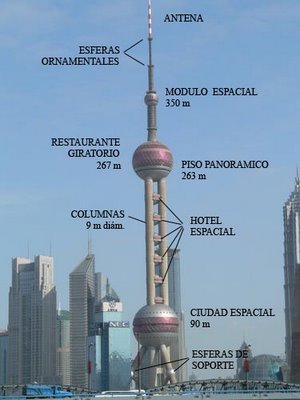 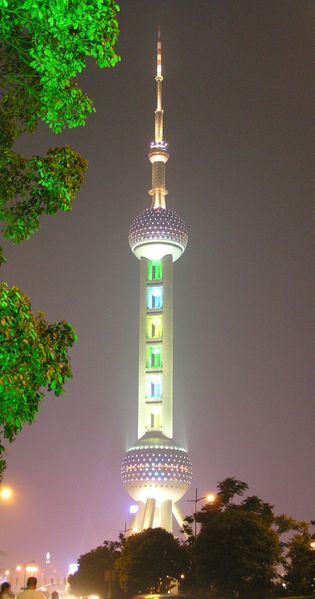 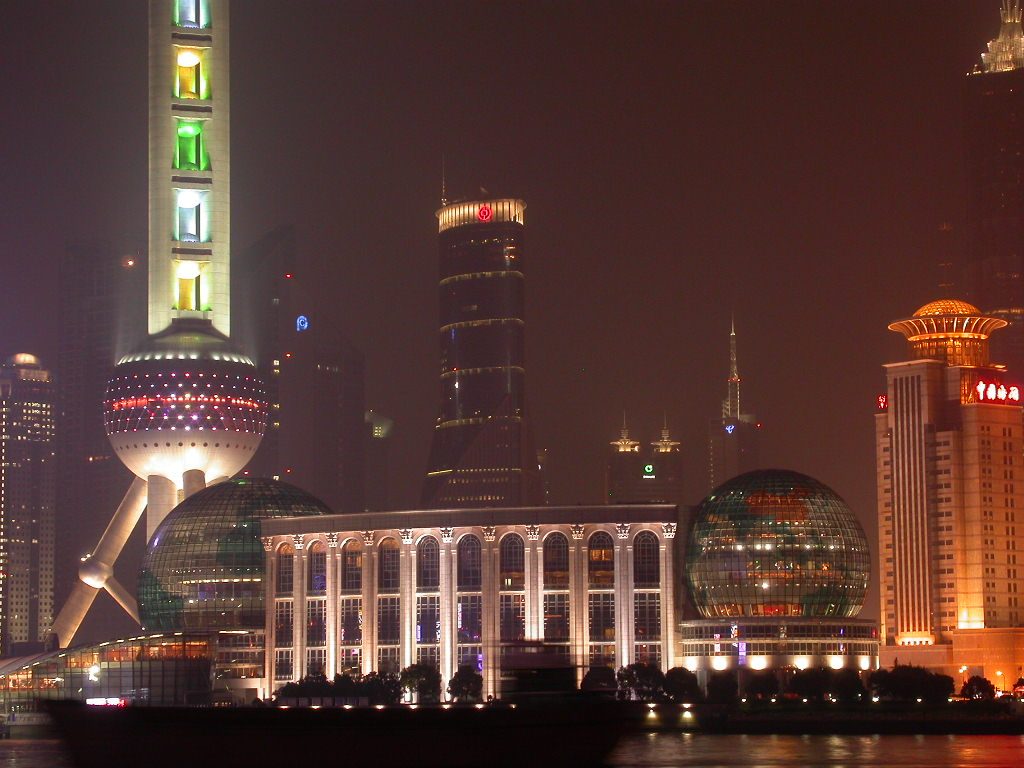 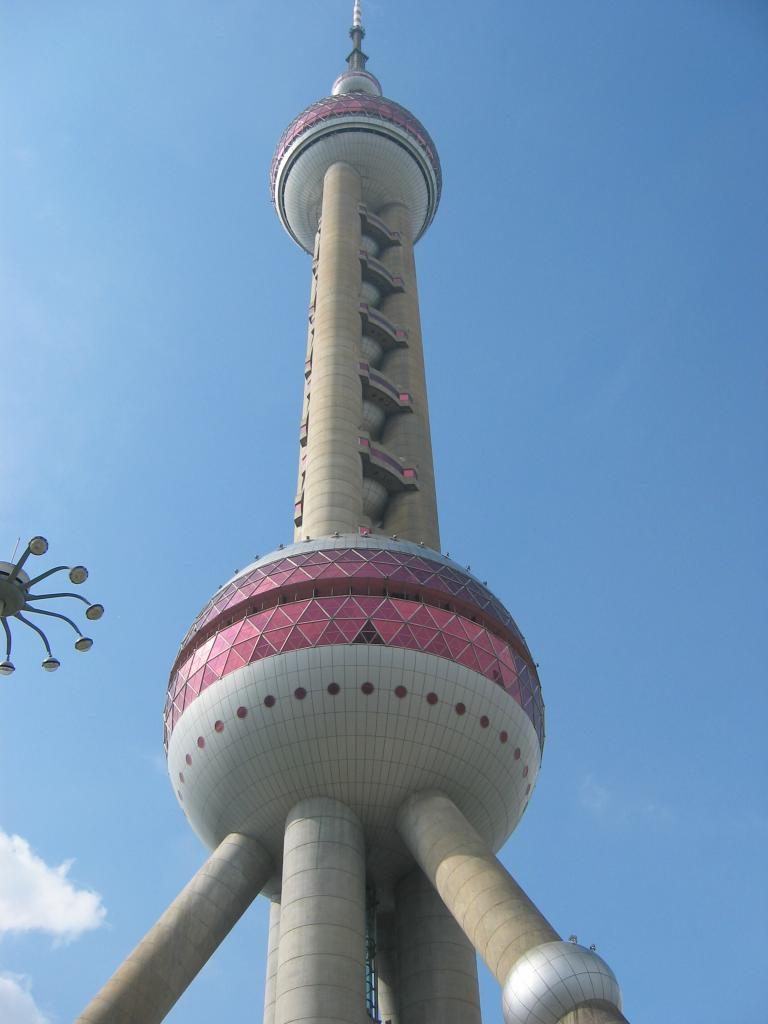 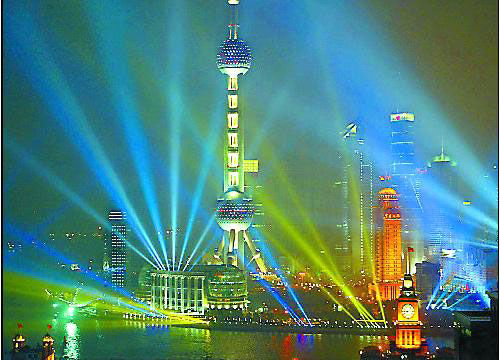 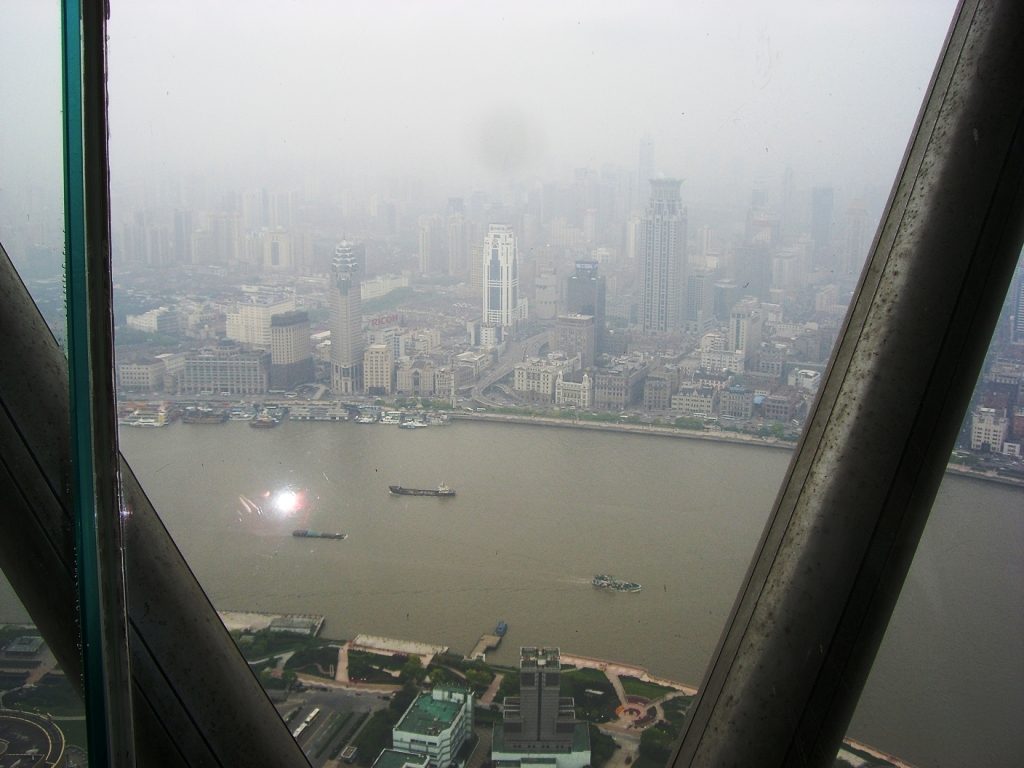 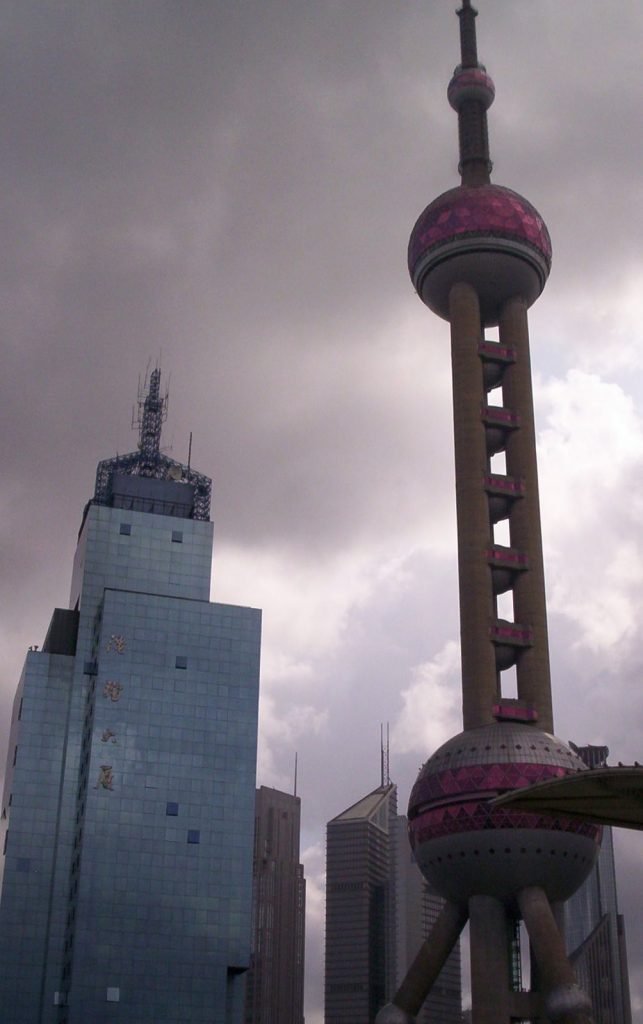 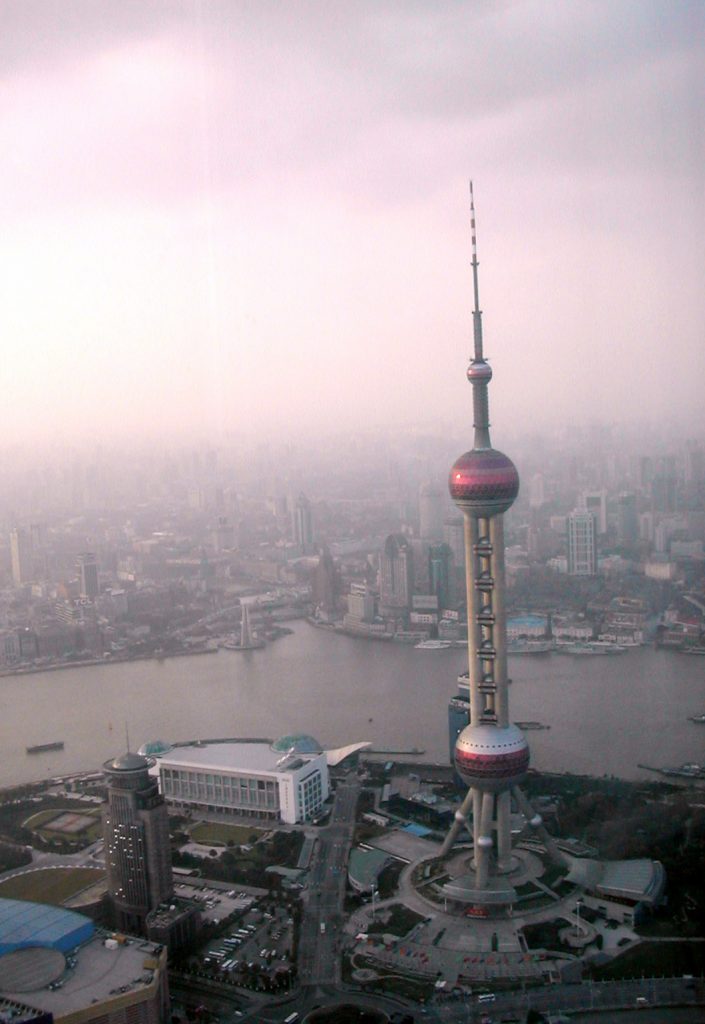 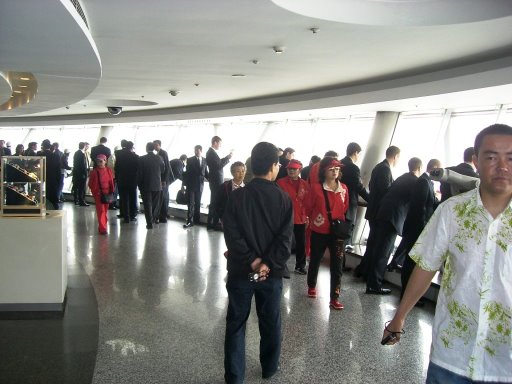 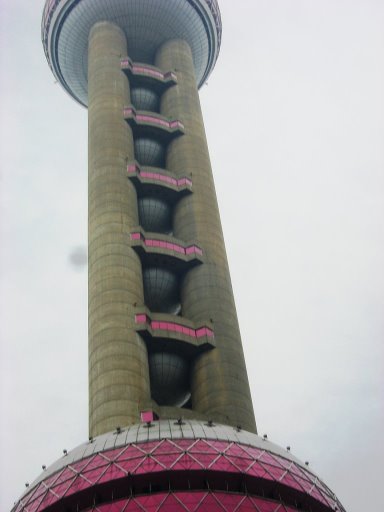 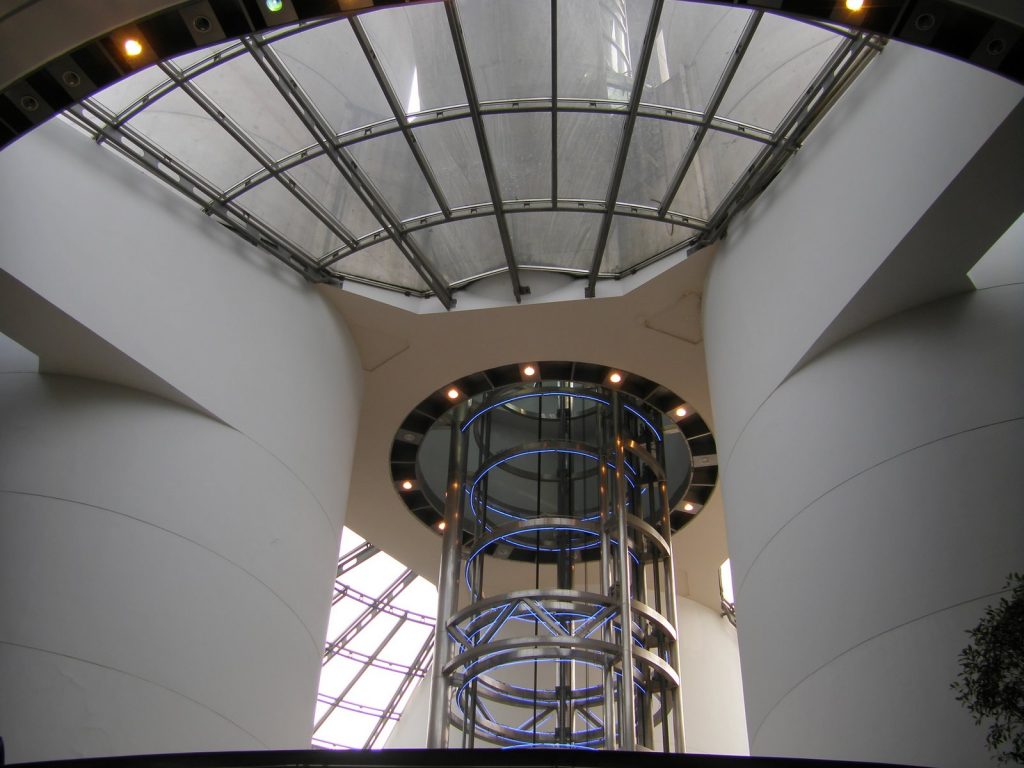 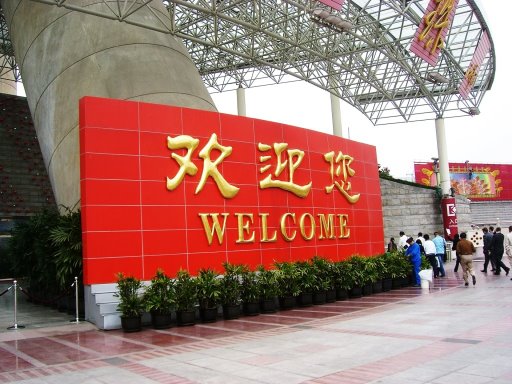 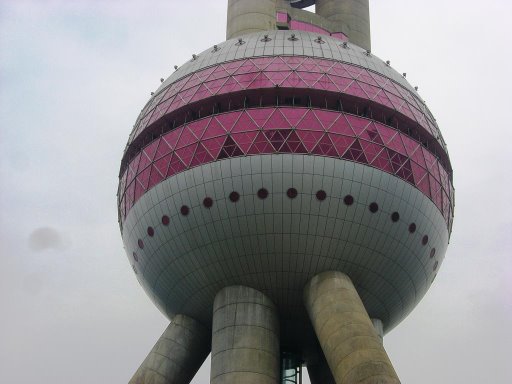 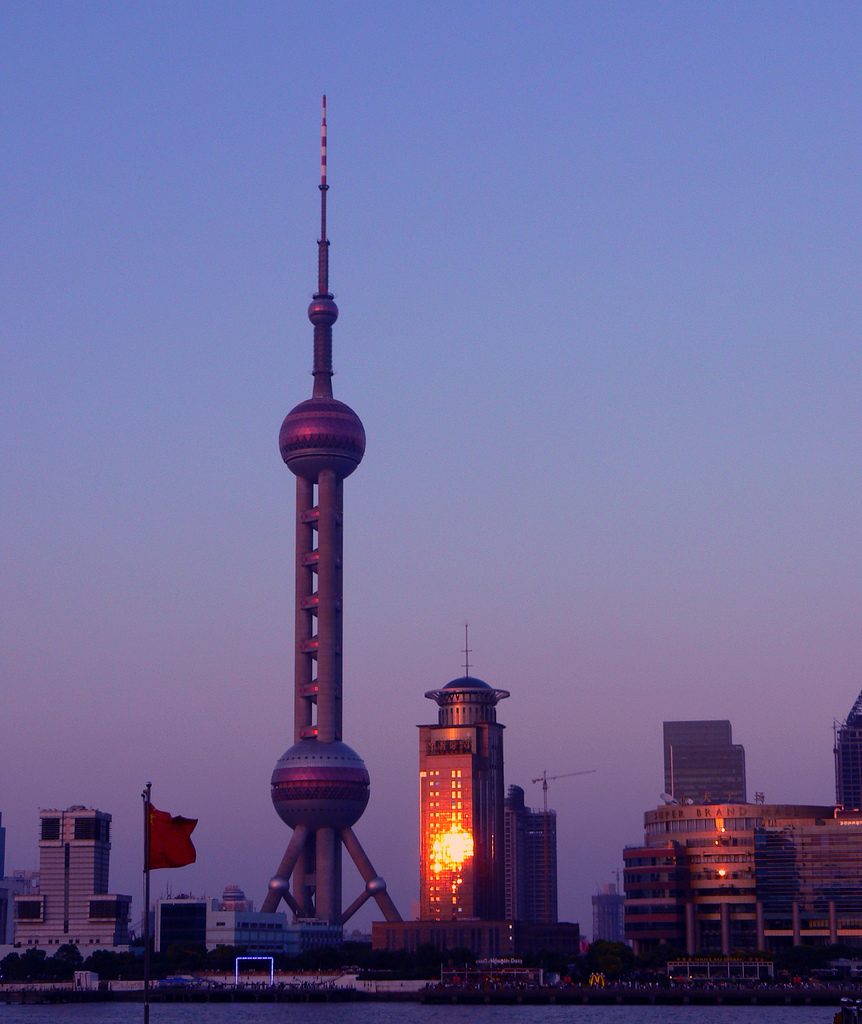