In late 1920 the architect and designer Eileen Gray, designed and built by the sea E-1027 House, which would become a landmark of modern architecture. It was built as a summer residence to share with your lover, critic Jean Badovici. The name of the house, E-1027, sounds impersonal, there is a resulting numerical code to combine your initials, “E” for Eileen, ’10 ‘Jean,’ 2 ‘Badovici, Gray’ 7 ‘.

The house was declining over the years and in the 90s, furniture, also designed by Gray were sold by its owner to finance the repair of housing, although the arrangements made did not prevent the home continue to deterioration until 2000, when it got rehabilitate more adequately. Although the reform was almost complete, it was not durable and again fell into disrepair, beginning itself a second restoration.

Even life of the architect, the house was abandoned by its creator. Despite the friendship that bound her to Le Corbusier, Gray was extremely upset by the alterations that the architect made in the villa during your absence, from 1937 to 1939, especially the murals painted on the walls and Eileen felt had destroyed the character of housing, considering them directly as vandalism. He never returned to the house after this mishap and began to deteriorate. Le Corbusier always demonstrated a particular feeling for the house E-1027, bought a property east of it, where he built a small, rustic cabin, Cabanon de Vacances, which was going to work and relax watching the quiet landscape, or taking daily baths on its beaches. After his death in the same waters, the whole area was declared “Space Modern” and considered area of ​​cultural and historical importance, recognizing the house E-1024 as a key element of the place.

On a hill overlooking the Mediterranean in Roquebrune-Cap-Martin, France, Eileen Gray built the E-1027 home to share with her ​​lover, the critic Jean Badovici.

Gray lifted the house on an isolated stretch of the Riviera, on the west side of Cap Martin, overlooking the bay of Monaco. The architect chose this location for its beautiful views and built the house directly on the ground.

Gray wanted to build a house that interact with the natural elements around her, carefully studied the wind and the angle of the sun at different times of day and year, and thus was able to build a structure with a constant evolution, following his relation to the sun, wind and sea.

The structure is raised on piles, slender white columns that Le Corbusier had made famous, spaces flow seamlessly with each other, and out on the terraces and balconies of the spacious rooms. Its white walls, strong horizontality, decks, its winding railing and sparse furnishings make it seem a boat docked, floating between landscape and sea.

With an L-shaped floor, two floors and a flat roof, the house has windows that go from floor to ceiling and a spiral staircase to access the guest room. This is an open and closed house at a time, making confusing the border between architecture and decoration.

Gray designed housing so that the inside and outside to flow together. The rooms not only onto a balcony, but the blinds, screens and windows are mobile, allowing its citizens to participate, at all times, with the harmony of the sea and the hills surrounding the house. The house was designed as a “maison minimum”, simple and efficient, with recessed areas that do not take up much space furniture. The original furniture was designed by architect chrome, leather, wood, glass and cork.

The main level of the house consists of a large open living room, a study-bedroom, kitchen and bathroom. On the lower floor has a large living room, a guest bedroom, utility room and a toilet. On the roof garden including an outdoor kitchen connected to the indoor kitchen and a small area for sunbathing was built.

While the House E-1027 belongs to a construction of the modern movement and employed many of the fundamental principles of creative movement, Le Corbusier, Gray opposed known architect’s concept he called “the house as a machine for living” He described it as a living organism, an extension of the human experience, stating that “it is not a matter of simply build beautiful sets of lines, but especially housing for people”… “formulas are nothing,” he said,… ” life is all ”
Gray created a villa with an open and flexible design, allowing the user to experience the space of life as an organic whole that encompasses the self, to the house and the outside environment. At the same time, his designs allow the user to maintain a sense of intimacy and privacy, which she greatly appreciates. With E.1027 Gray made a unique and vital contribution to modern architecture. 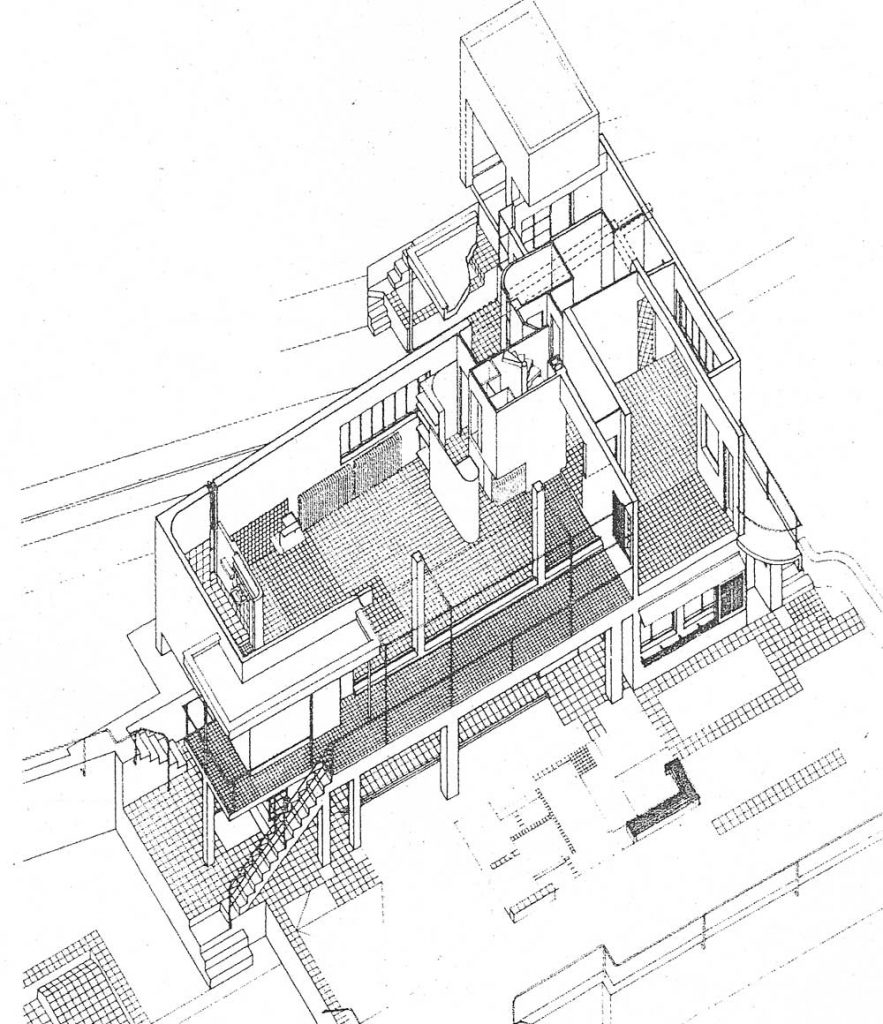 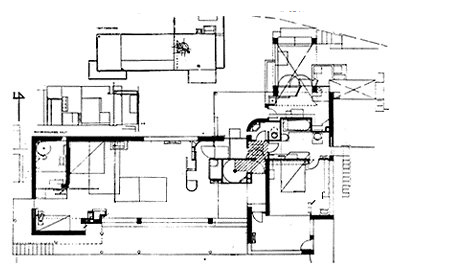 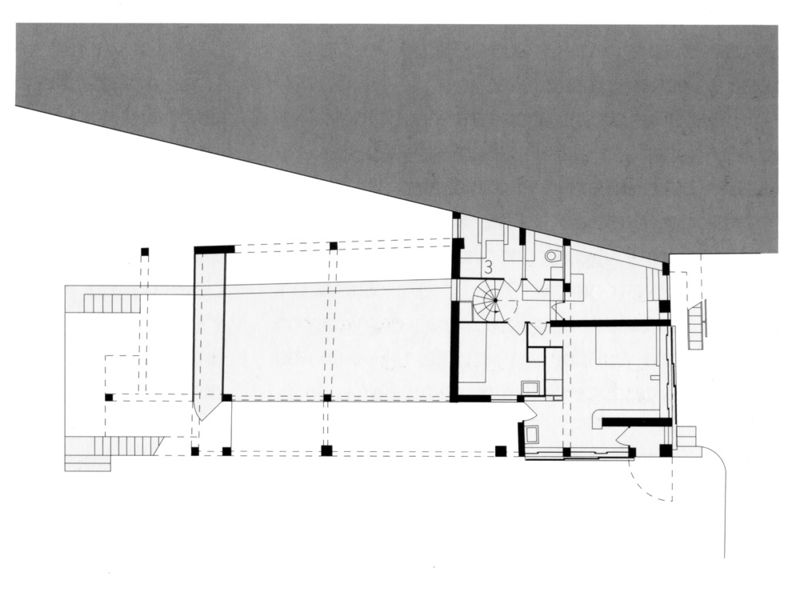 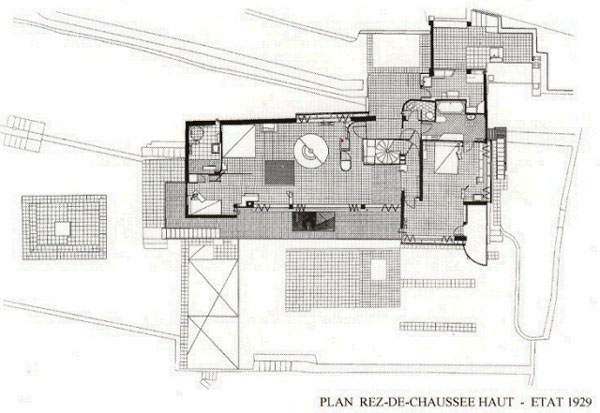 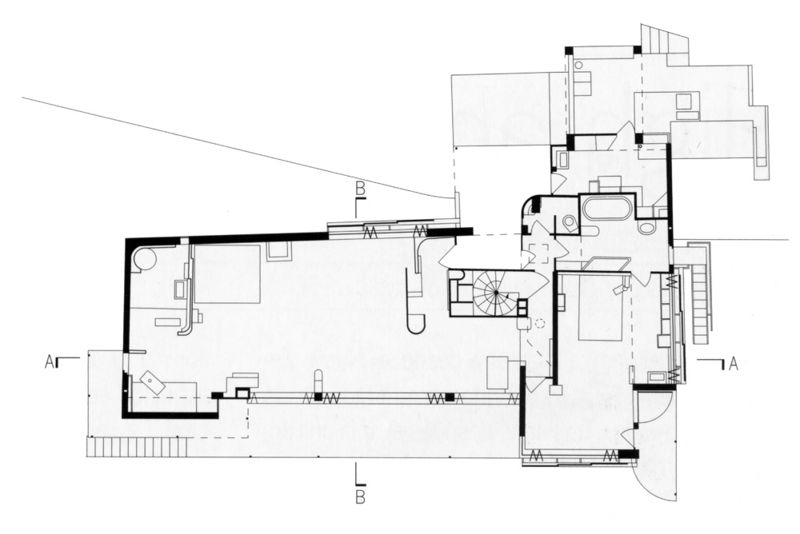 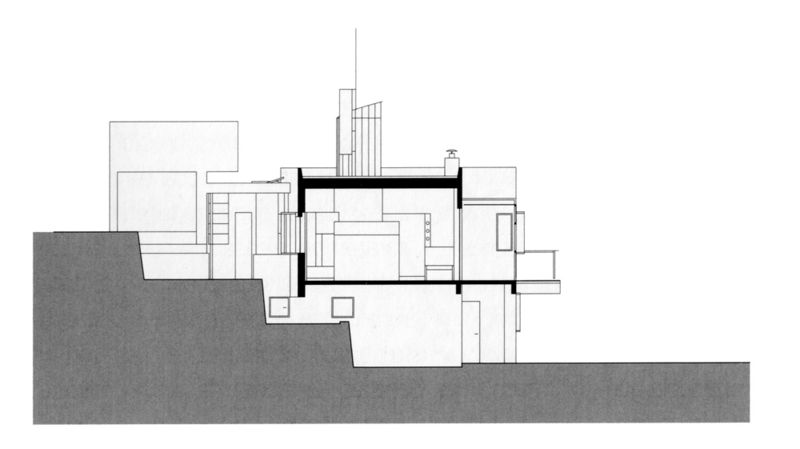 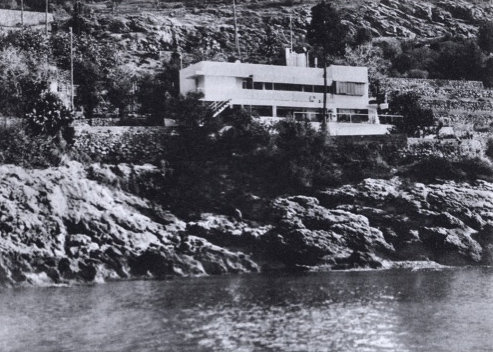 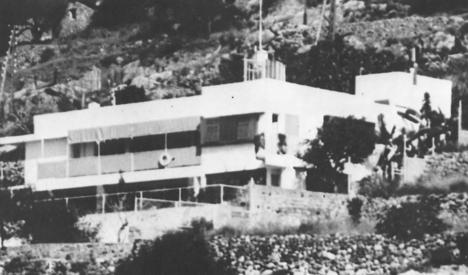 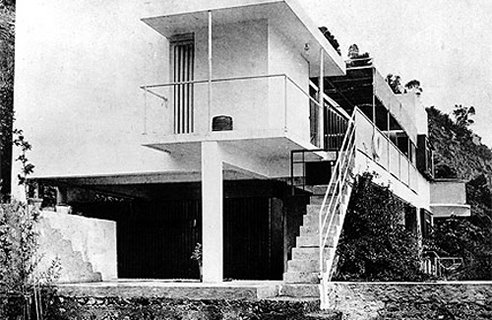 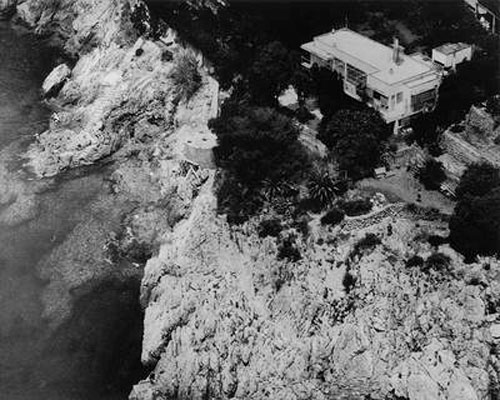 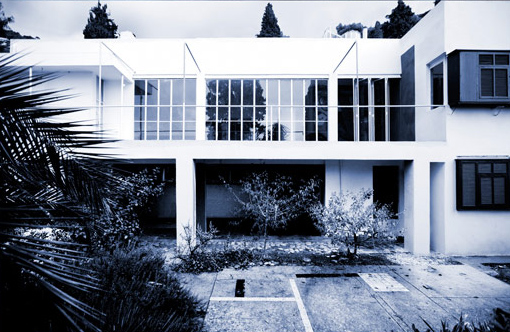 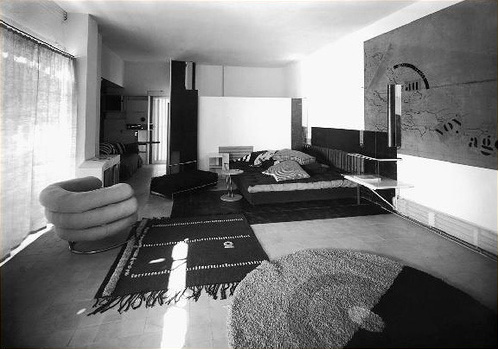 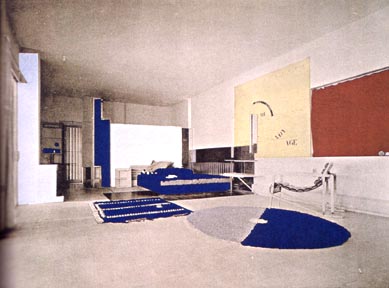 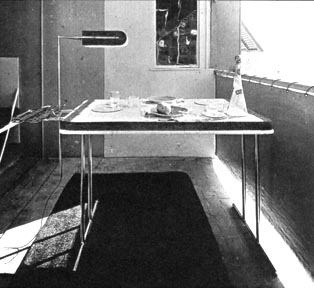 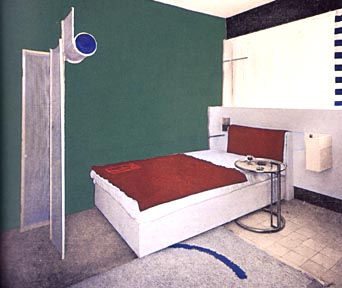 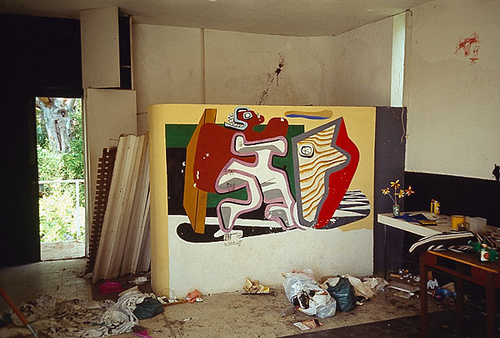 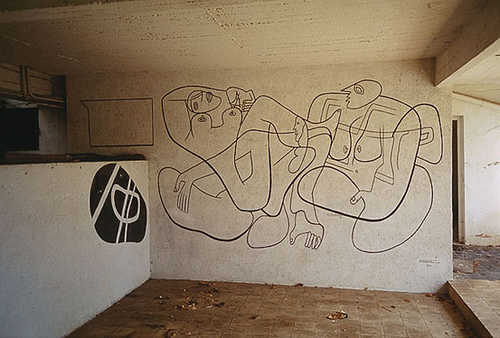 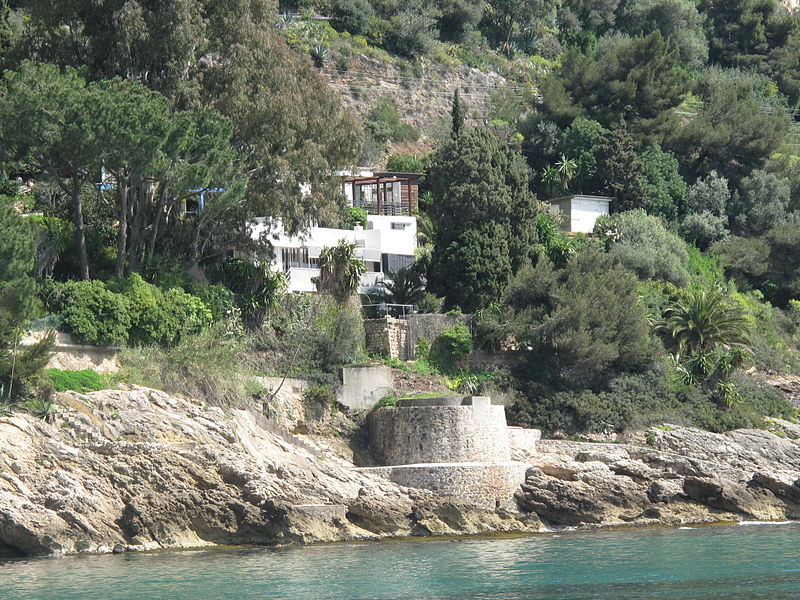 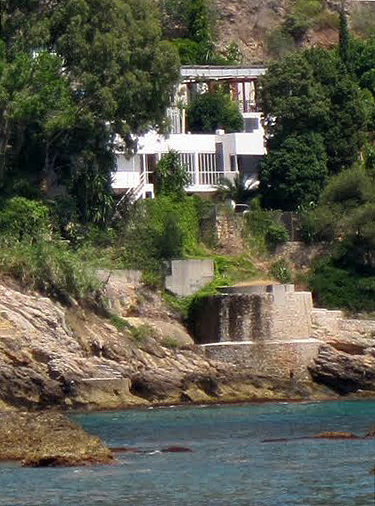 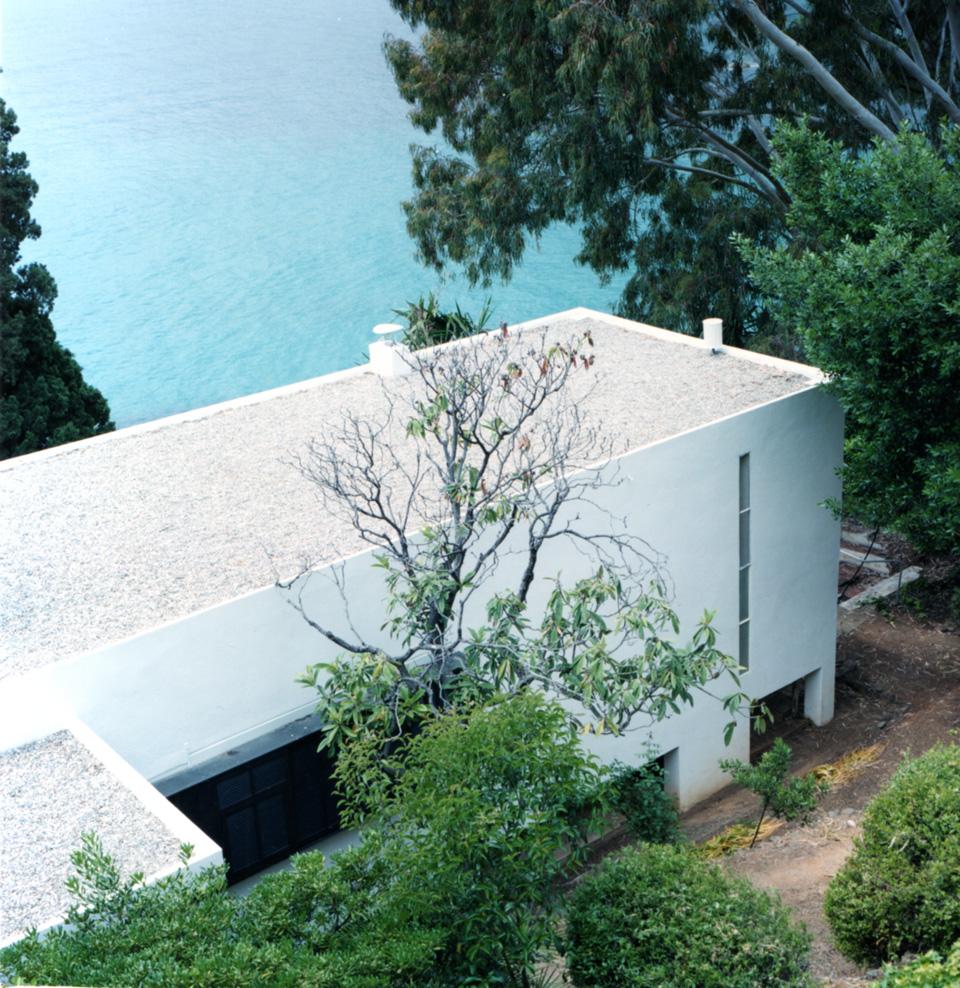 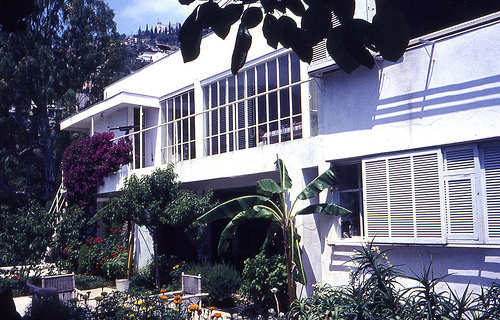 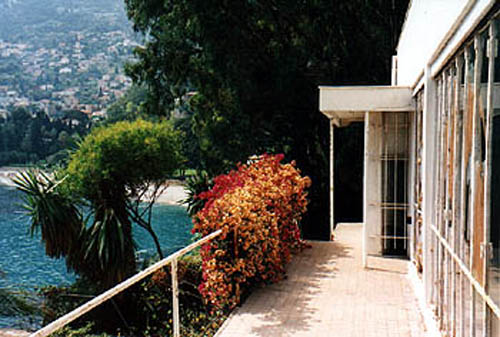