Bruce Goff was the head of the department of architecture at the University of Norman, where Eugene and Nancy Bavinger taught art classes. This condition of artists turned to marriage Bavinger in ideal clients, who did not care to lengthen construction for five years and who actively participated in its realization. During the construction period, its owners allowed during the weekend, the house was visited by the public, charging a $ 1 entry would help in the costs of construction. They lived in the house for over 40 years.

In 1987, the Bavinger House was awarded by the American Institute of Architects as being the work of a master of architecture, although Bruce Goff was a outodidacta architect who monospreciaba any idea of ​​continuity or stylistic development.

After years of neglect, in June 2011, a wind storm severely damaged the Bavinger House, completely breaking its central needle and causing its closure.

Bruce Goff was interested neither in the past nor in the future, only admitted the “continuous present” and the house he built for marriage Bavinger is an example of his thinking. Its construction is a return to nature but without any hint of a return to the past and despite being a kind of fantasy, is not exactly futuristic. In its architectural style no debt recognizes his old friend and mentor does not appear to anyone, in any case Frank L. Wright.

The architect made an unconventional housing, no clear difference between the inside and the outside, an organic architecture by a outodidacta architect.

The house is built in a plant that rises to the upper spiral circular rooms, walking environments with ponds that sometime housed fish, and a bridge that connects to the outside. Except for the kitchen and bathroom, no real Bavinger rooms in the house.

A glass wall separates the outside of the interior, although in both places the pavement is the same, rustic stone, also of stone walls, inlaid with large turquoise crystals. The vegetation is so profuse inside and out. There are no windows themselves, the light penetrates through this glass wall that comes on its way to spiral reminiscent of the peel of an apple for some observers or evokes the shape of a gastropod for others.

This spiral, with internal forms and distribution rounded curve, reminiscent marine molluscs was used in the past and more recently in organic architecture eras, such as the Nautilus House in Mexico, the architect Javier Senosiain.

A large outdoor terrace, then the vegetable and rocky landscape leads to the main entrance. This world of green and magical, fantasy welcomes visitors with studded floors, rustic stone, crystal and fish ponds where the depressed areas are mixed on the ground that serve as living room, suspended platforms that offer something spaces innermost, fireplace, breakfast area, in a world of fantastic shapes.

In the center of the spiral, semi-hidden in the ground floor, the kitchen and the bathroom was available.

Hanging in space, as if it were flying saucers, bedrooms and upper halls appear. The location of each of these environments is still an underlying geometry, a strictly logarithmic spiral path that puts each one of the bedrooms or rooms on the landings of the stairs and spiral as it rises and closing poke through enclosing wall. The last and highest of these dishes, study, becomes a cylinder protruding from the building, like the tower of a castle. Hanging from the ceiling, each bedroom has a rotating cylindrical adjacent cabinet.

At these higher levels the parents’ bedroom, a playground, children’s bedroom, rotating cabinets and studio are located.

Both inside and outside the building structure is held together and supported by guy wires. A bridge on one side acts as a counterweight to stabilize the house and connect with the outside.

Outer “wall” of the house is a curved logarithmic spiral 30 meters long, made of 200 tons of natural stone from the area
The stairs and halls are suspended from one central steel column through the center of the structure and finishes in fourth level with an art studio. The curves snail bedrooms and superior style environments are supported by tensioning steel cables that attach to the central column.

There are no interior walls, but there are a number of platforms at different heights, some with curtains to give some privacy. The ground floor is covered with ponds and greenery.

Its unique structure was built with glass, steel and 200 tons of rustic stone iron ore, “Ironrock”.

This sandstone outcrops comes from nearby quarries located at 3 km from the house.

Large crystalline turquoise green glass stones are set into the walls and when the sun’s shining lights.

The column serves to anchor the structure of the house, comes from a recovered drill stem of a drill used in the near fields of oil and recycled to build a mast 17 meters high. 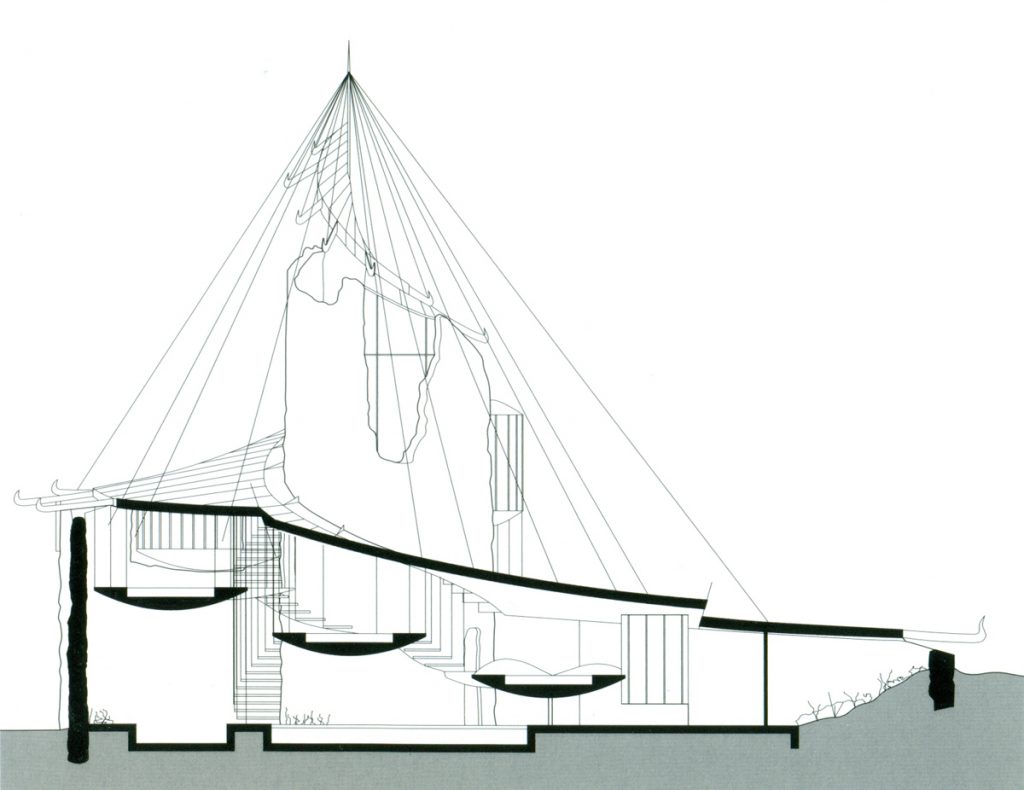 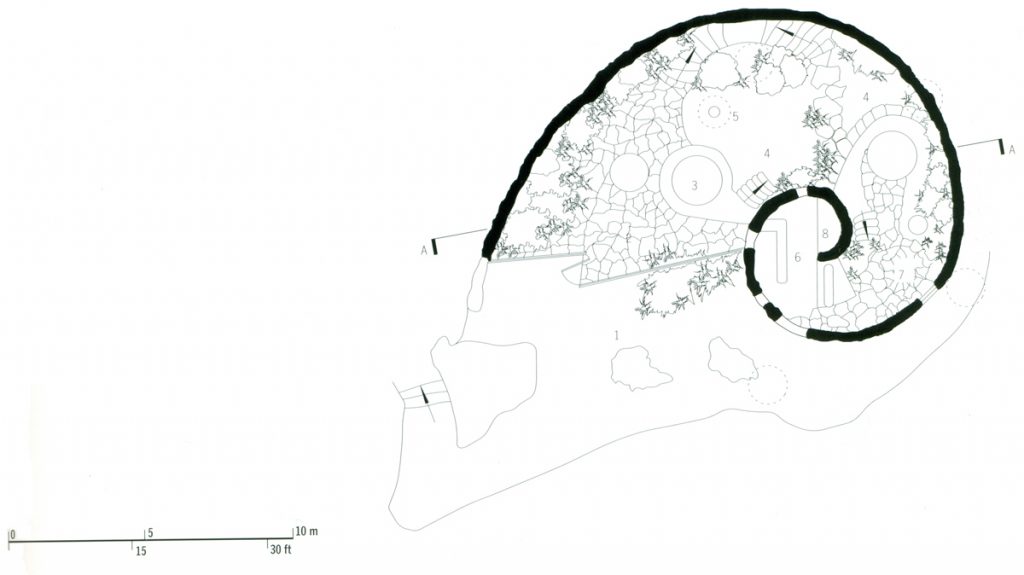 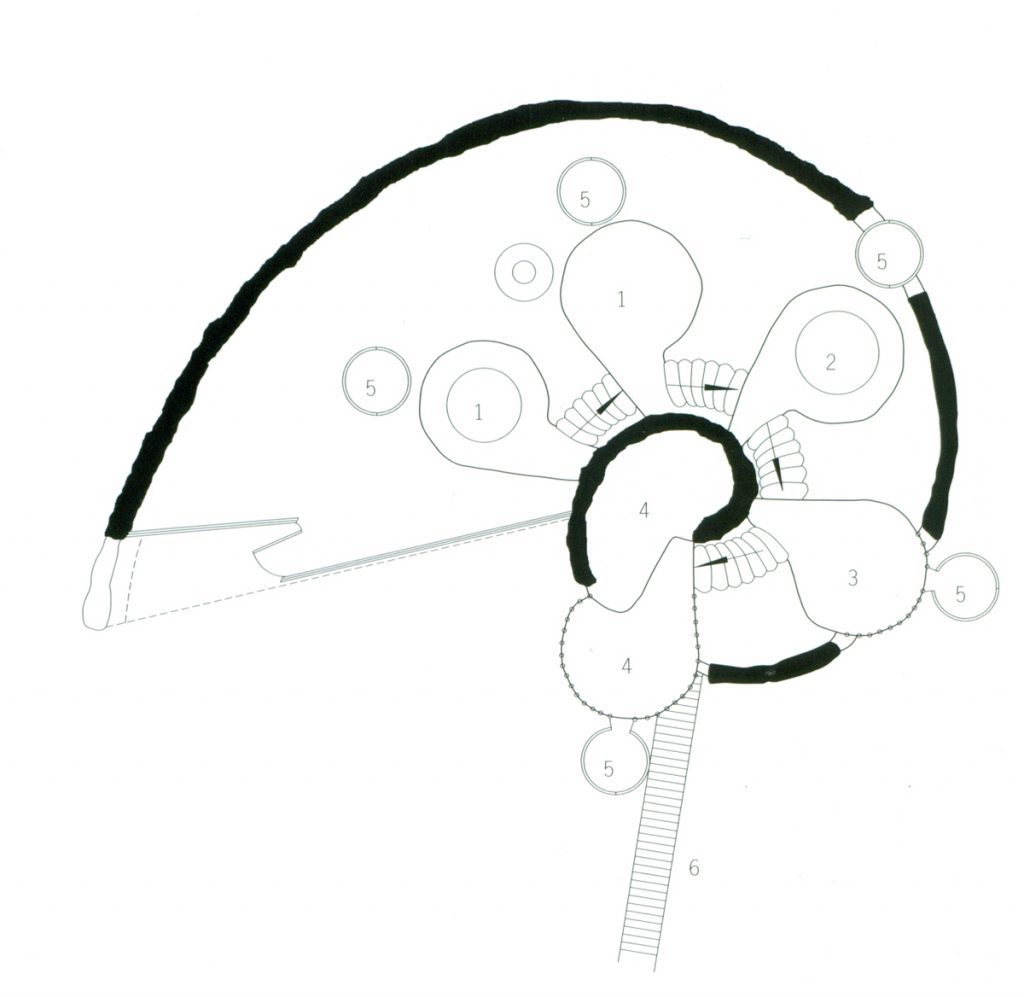 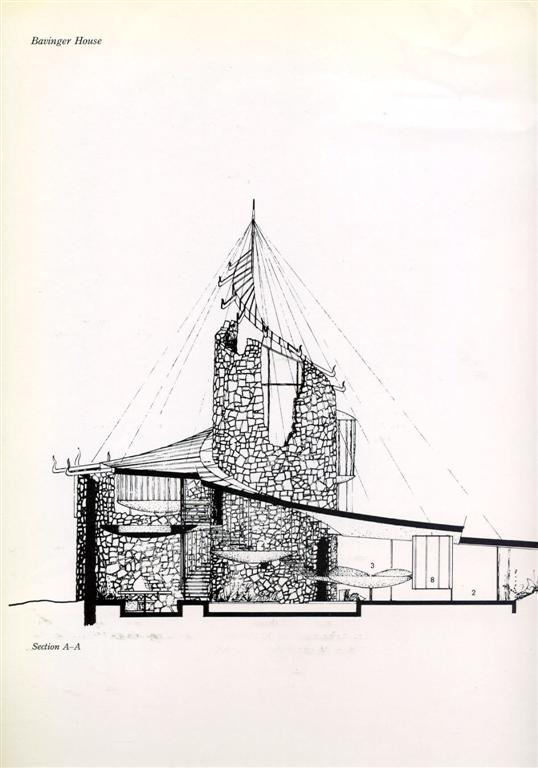 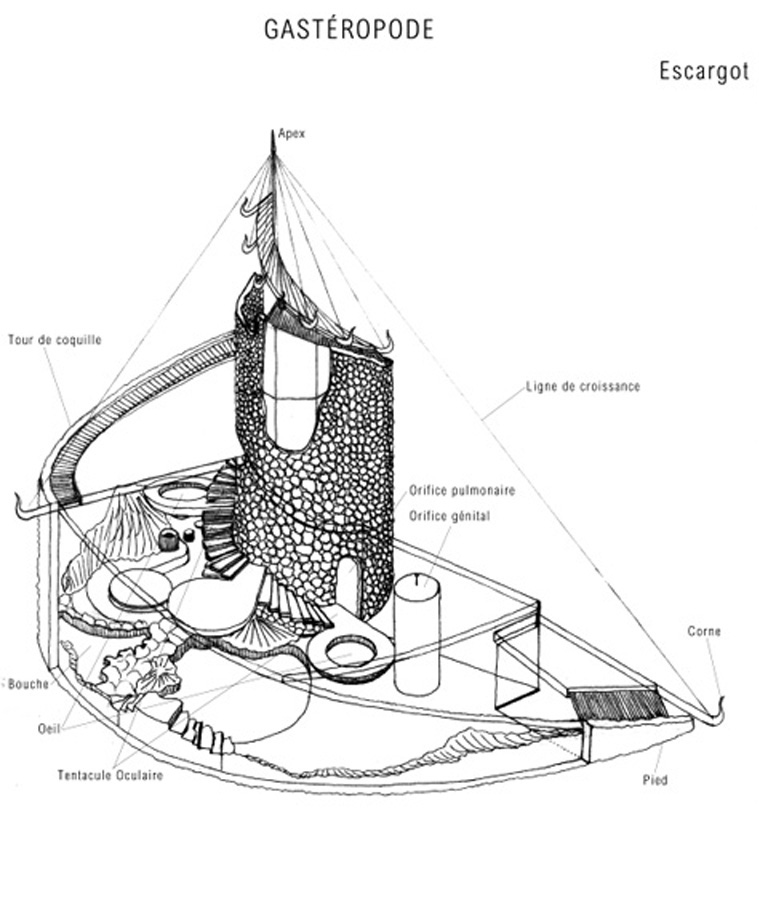 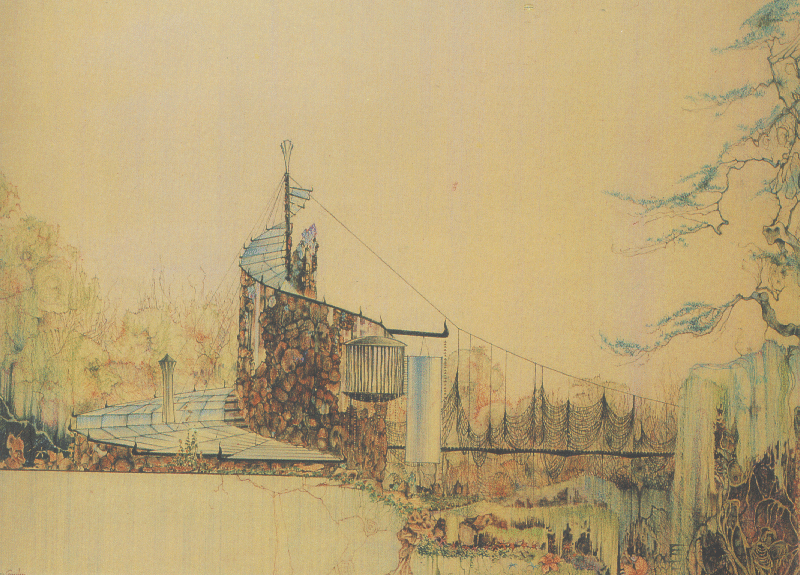 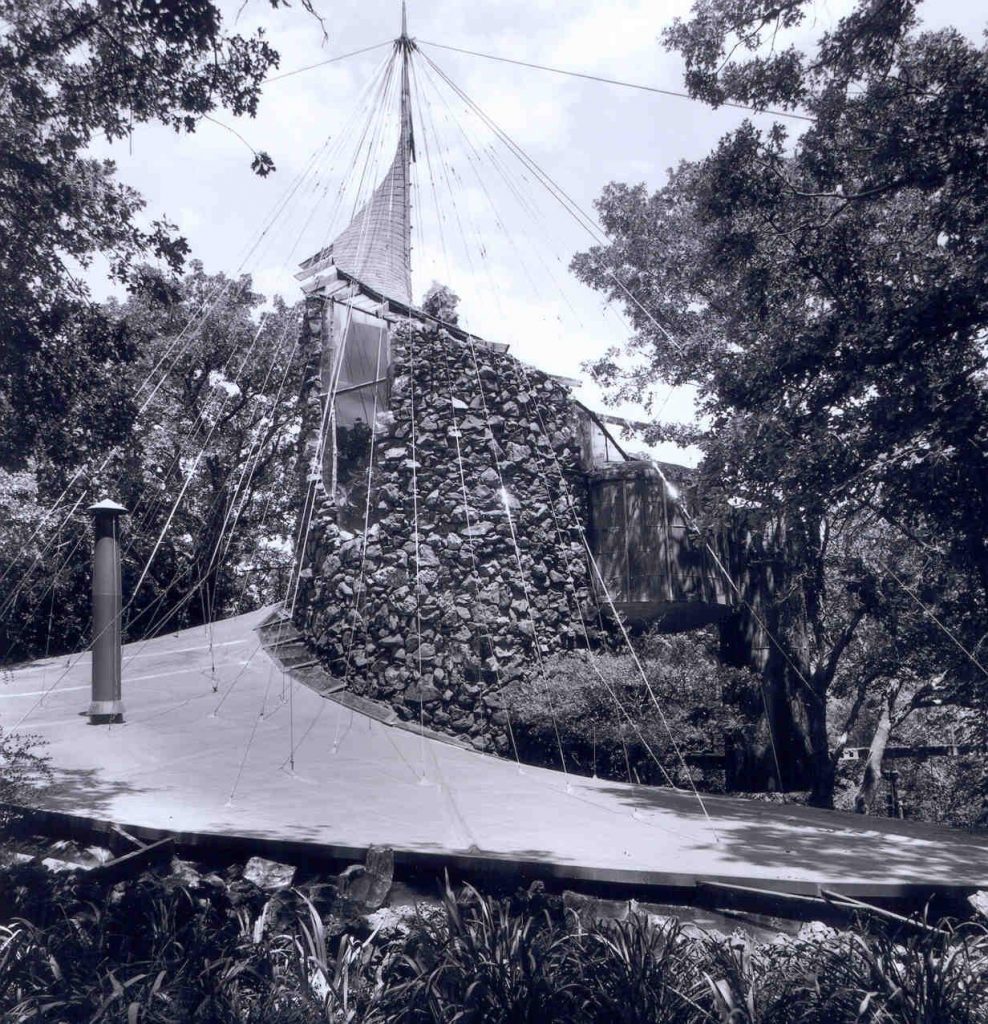 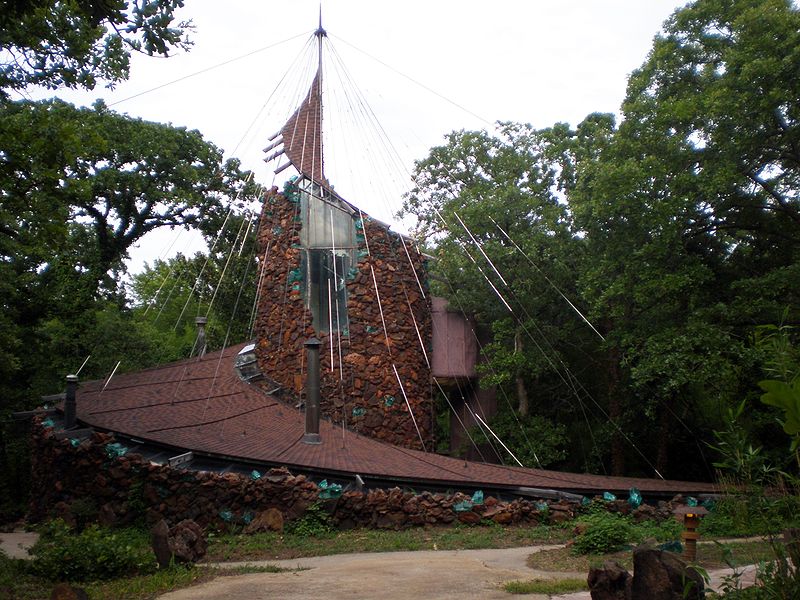 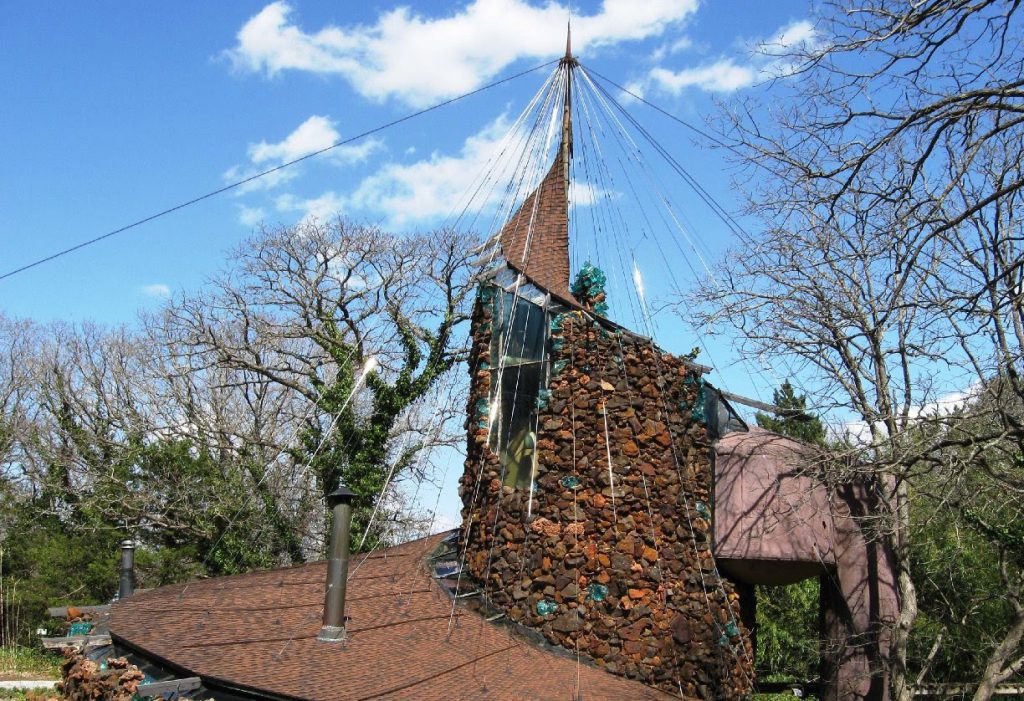 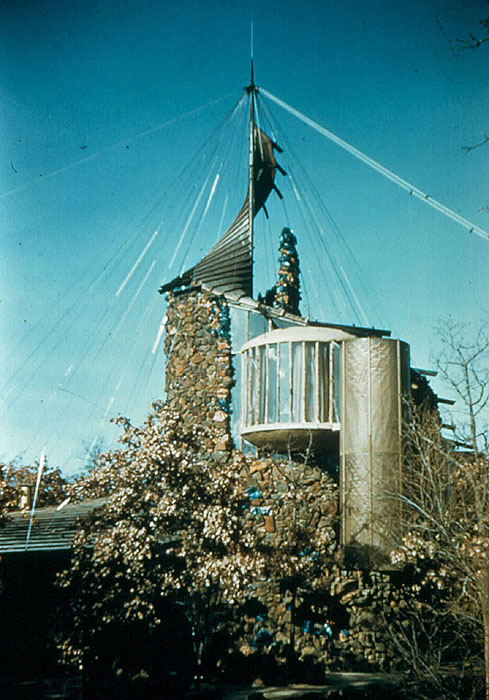 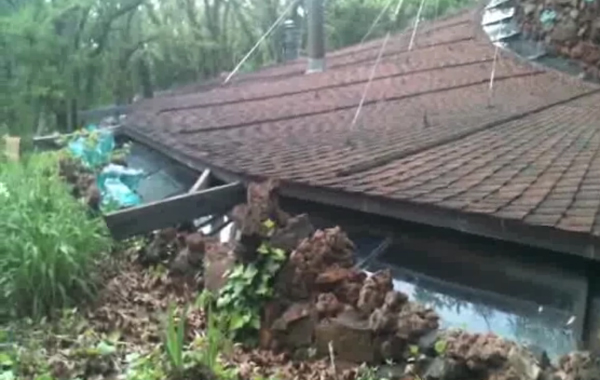 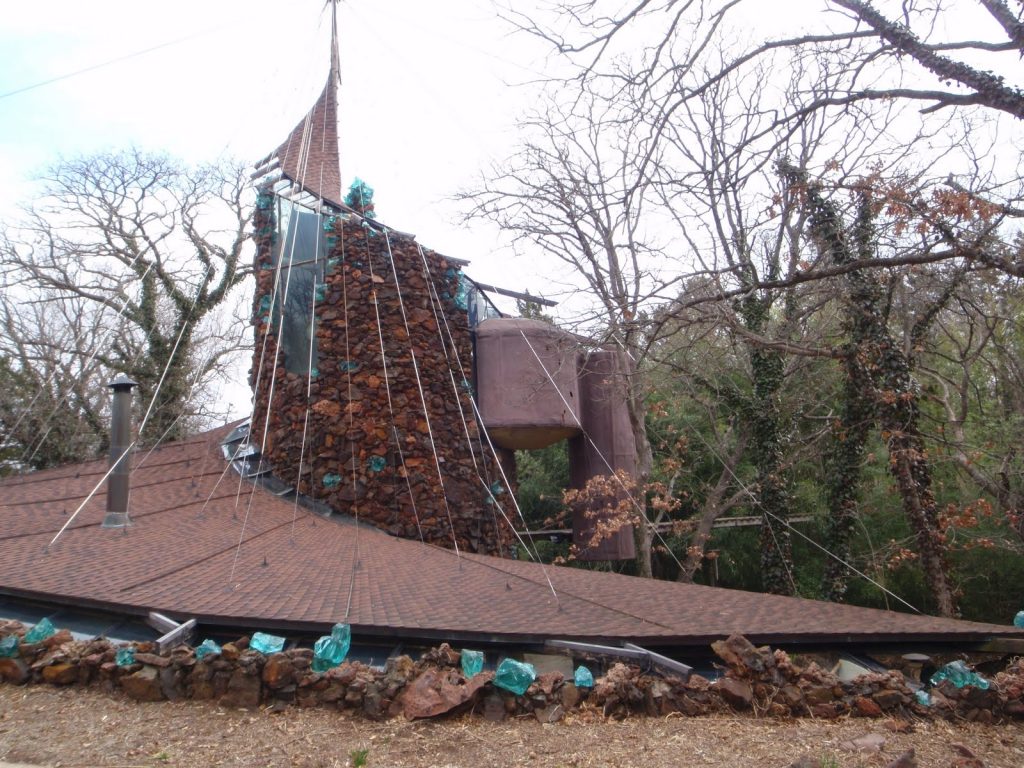 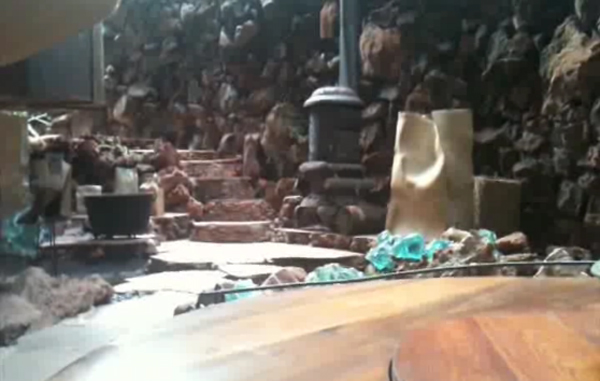 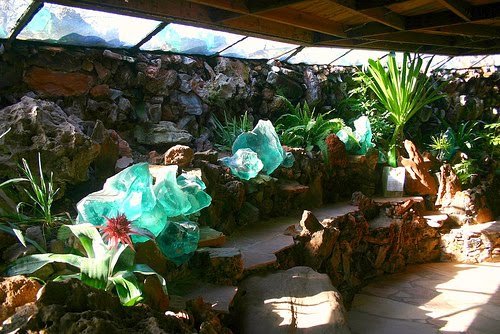 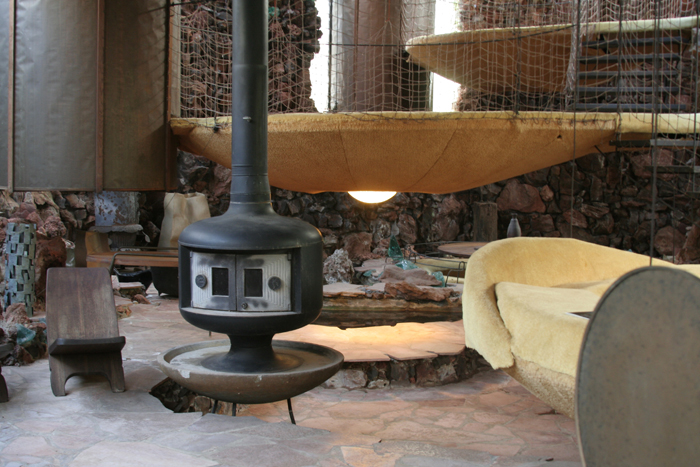 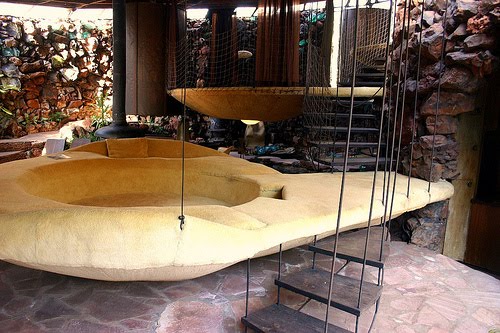 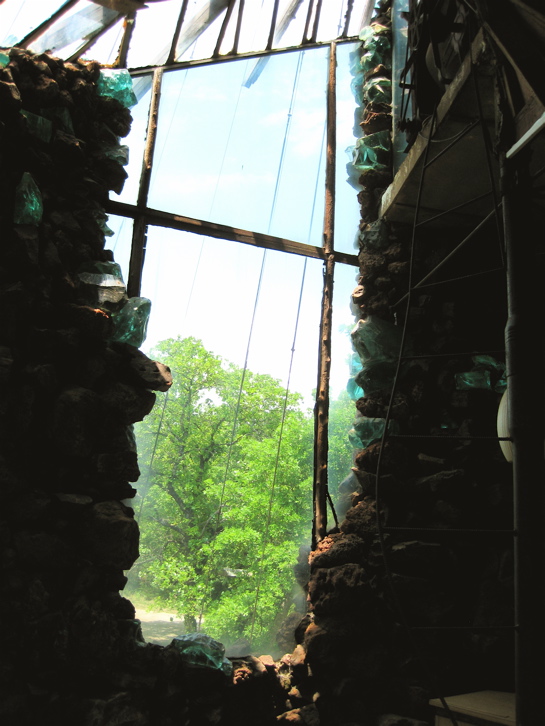 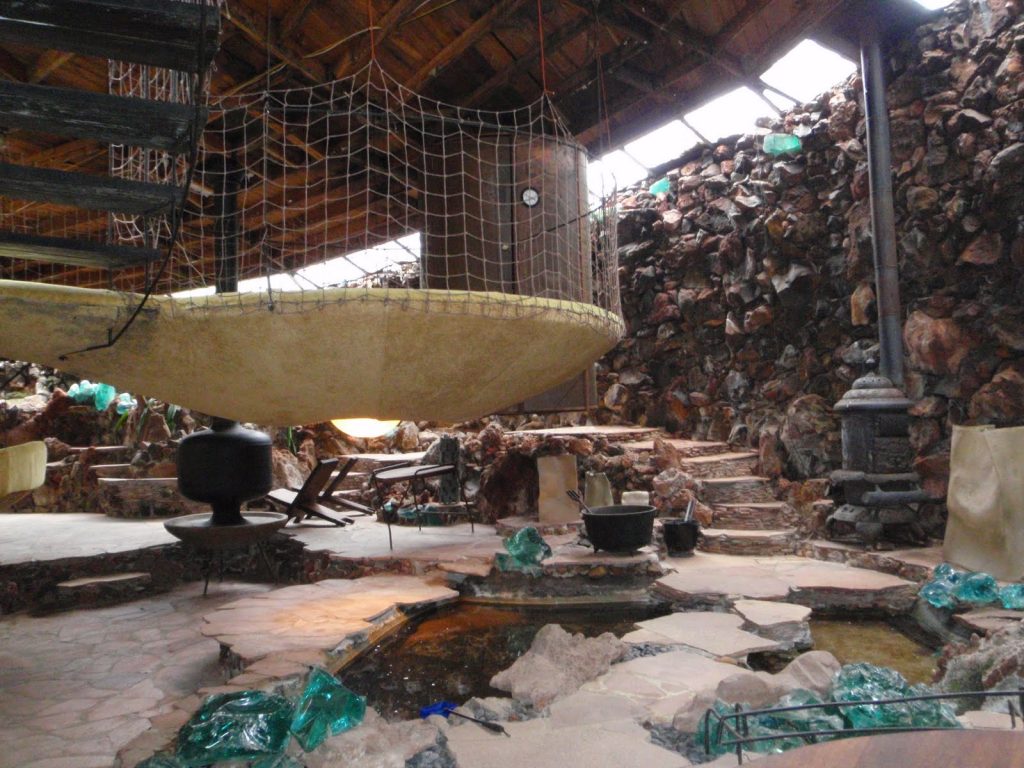 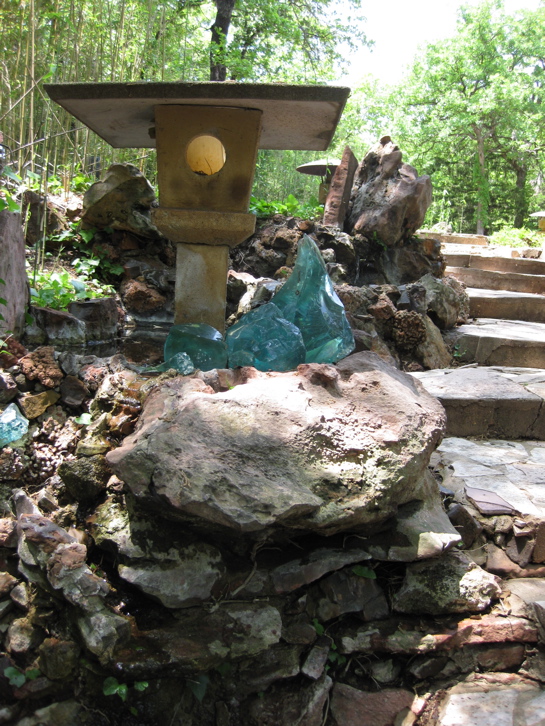