Chinese architects have also made a dent. The Bank of China Tower was designed by American architect IM Pei of Chinese origin and is one of the most recognizable buildings in Hong Kong

The building; highest point is at 288 meters, the last terrace at 305 meters and then has two masts that reach the maximum height of 367.4 meters.

It was built in 1989 and is located near the Central MTR station. It was the tallest building in Asia until the year 1992, and was the first built outside the United States in overcoming the height of the 305 meters.

The building consists of four triangular towers of glass and aluminum, all of varying heights, emerging from a triumphal podium of beautiful granite. Geometric changes that occur as the building rises into the sky are the most intriguing aspect of the tower. The sharp angles and points of interest make an appearance – a contrast with flat architecture that dominates the city – silver reflective glass used in the tower creates items that reflect the light on sunny days and at night, when Hong Kong is radiant with all kinds of artificial light.

The Tower is located at No. 1 Garden Road, in the Western district of Hong Kong, PRC.

Its triangular structure of glass and aluminum evokes shoots of bamboo leaves, which represent prosperity in China and the sustenance of life.

In many parts of Asia, the layout of cities and building design follows the concepts of Feng Shui. In this sense, Hong Kong is known as the city with the most Feng Shui, not in vain, the vast majority of the masters of this technique migrated here from Communist China. Proof of this is that at present, to apply for a building permit in this city, it is necessary to submit a draft signed by a Feng Shui Master.

The Bank of China Tower is considered the “most aggressive [building] in the world” in terms of Feng Shui, as the edges of the triangles at the front point to its competitors. This is what the Chinese call, in language Feng Shui, “direct attack”.

As we can see, in Asia, such “attacks” of competition are not made in jest. While all the adjacent buildings carried out practices of Feng Shui to protect themselves, the most famous case was the answer to a direct competitor of the Hong Kong & Shanghai Bank, designed by Norman Foster, putting two canyons on the roof, looking in front of the building “attacker”.

The curious experience of the famous architect Norman Foster with Feng Shui. Not only had to face the challenge of designing the building under the rules of Feng Shui, but then had to redesign the roof to place the two cannons…

The interior has provisions for flexible spaces and offices of the Bank.

The Tower is composed of four towers of triangular shape that evoke the bamboo leaves, Chinese symbol of prosperity and livelihood.

The whole structure is supported by five steel columns, four in the corners of the building and one in the center, which together bear the weight and forces.

The towers are lifted to different heights and the loads of the central column are directed to those found in the corners, forming a triangular frame. This allows the architect to design a lighter structure, because the diagonal elements required are less important, while the three-dimensional internal structure provides a clear floor that allows for future changes in the disposition of their use, thus saving energy and resources.

The entire building is covered with silver-blue reflective glass framed in aluminum. Such a skin not only reflects the changing images of the sky and the city, but it also absorbs sunlight so that energy consumption for lighting and heating costs are reduced.

The base of the four towers is granite. 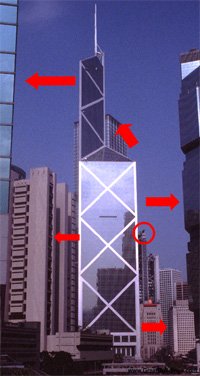 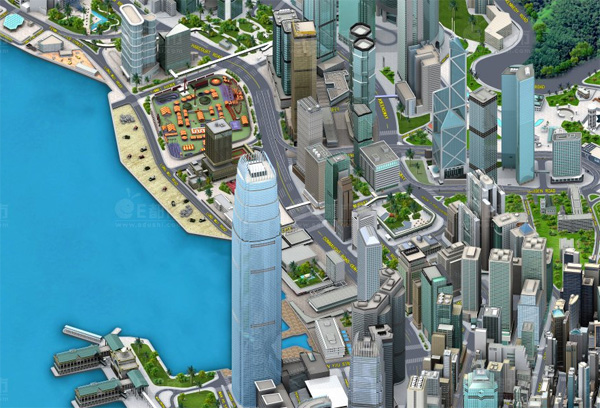 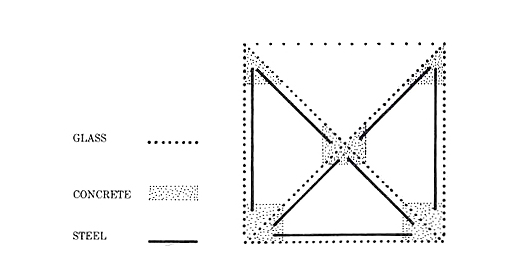 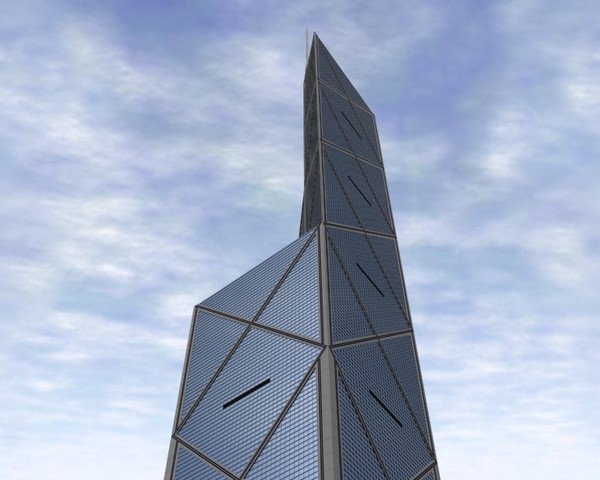 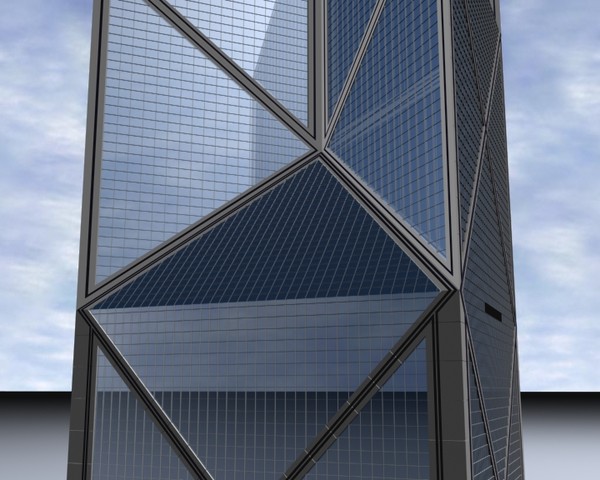 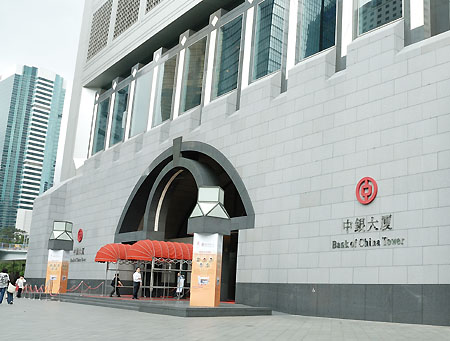 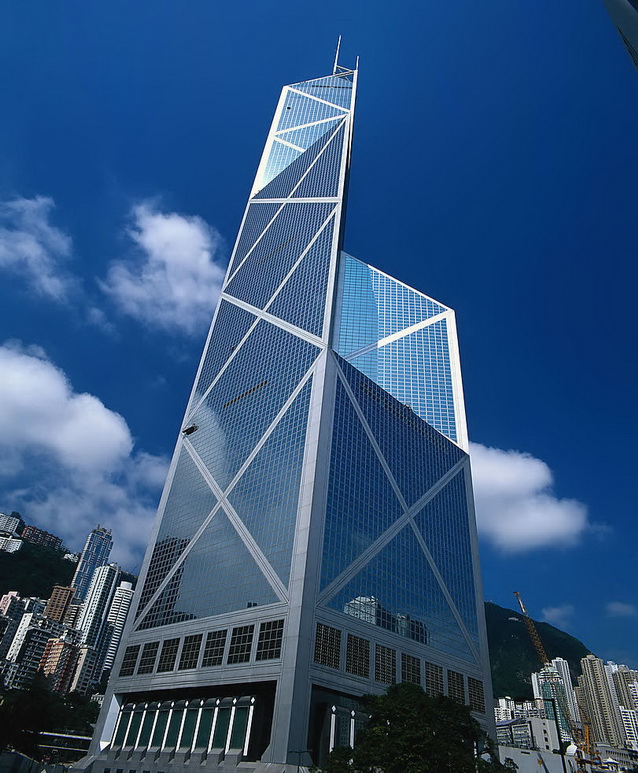 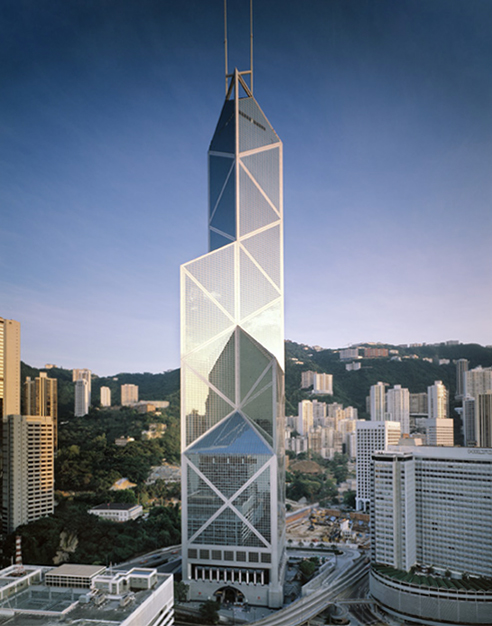 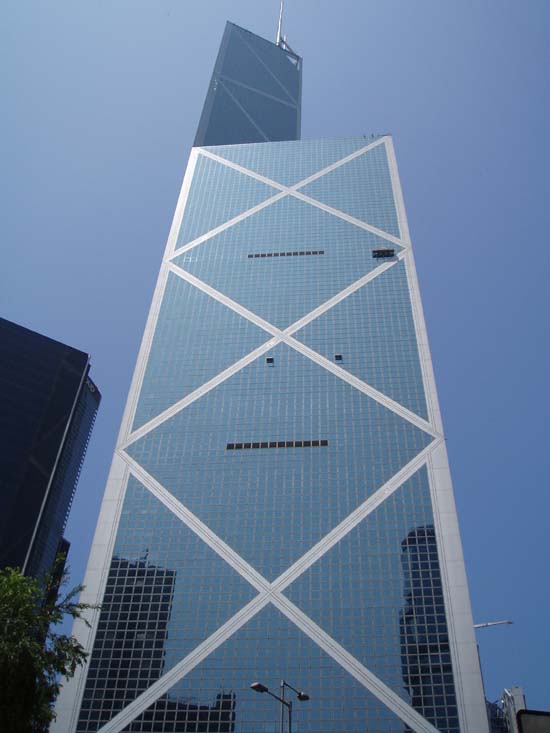 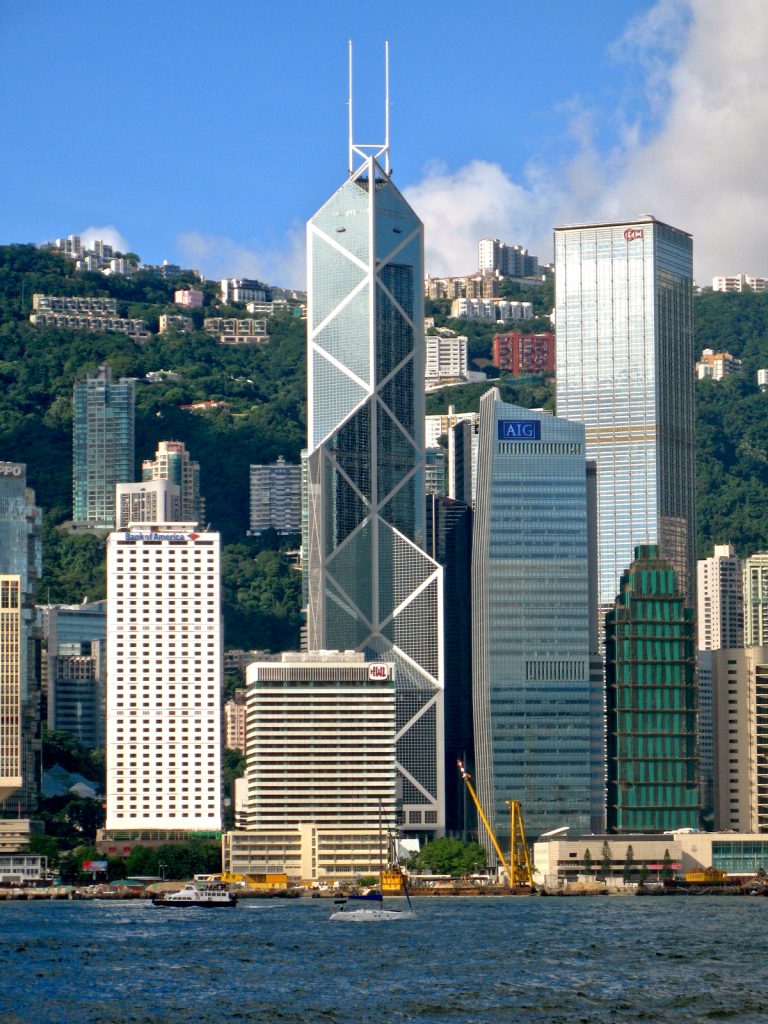 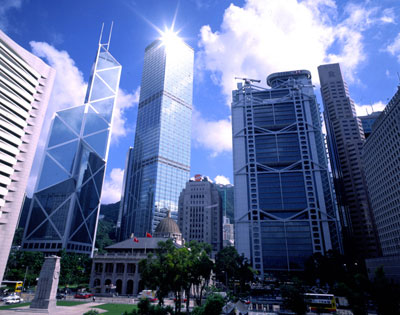 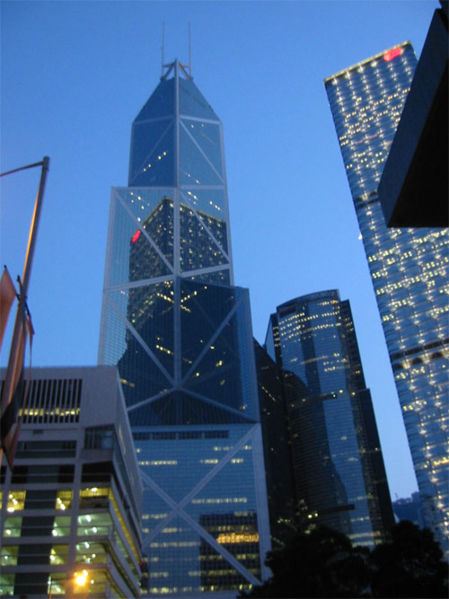 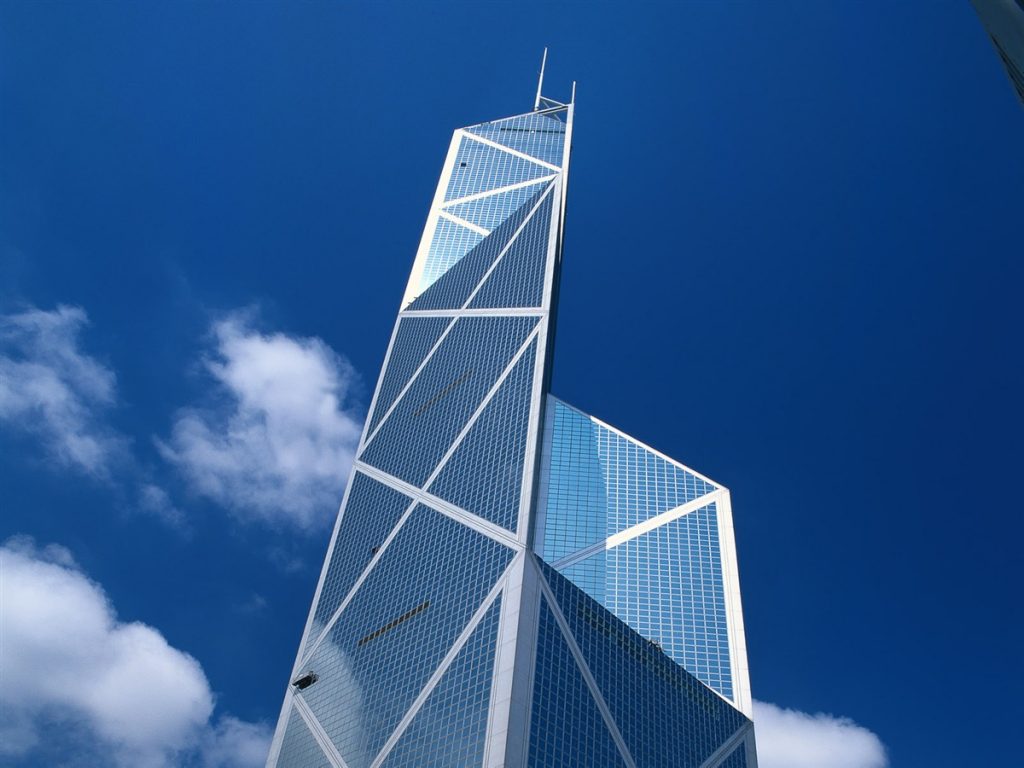 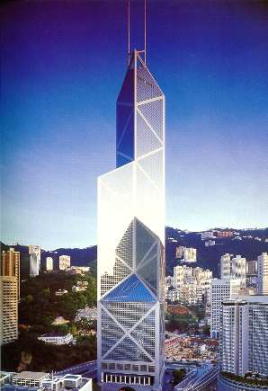 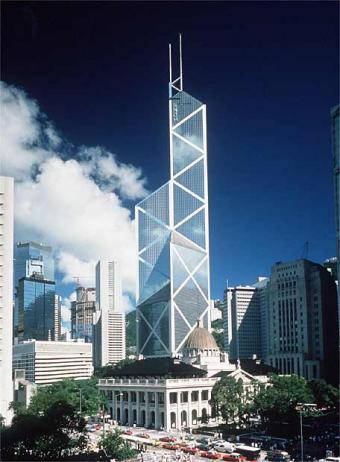 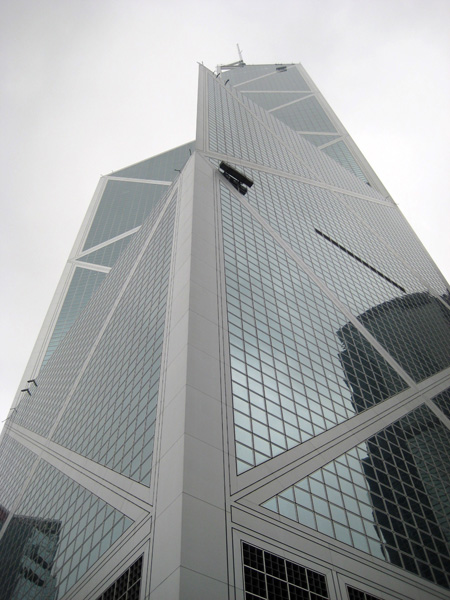 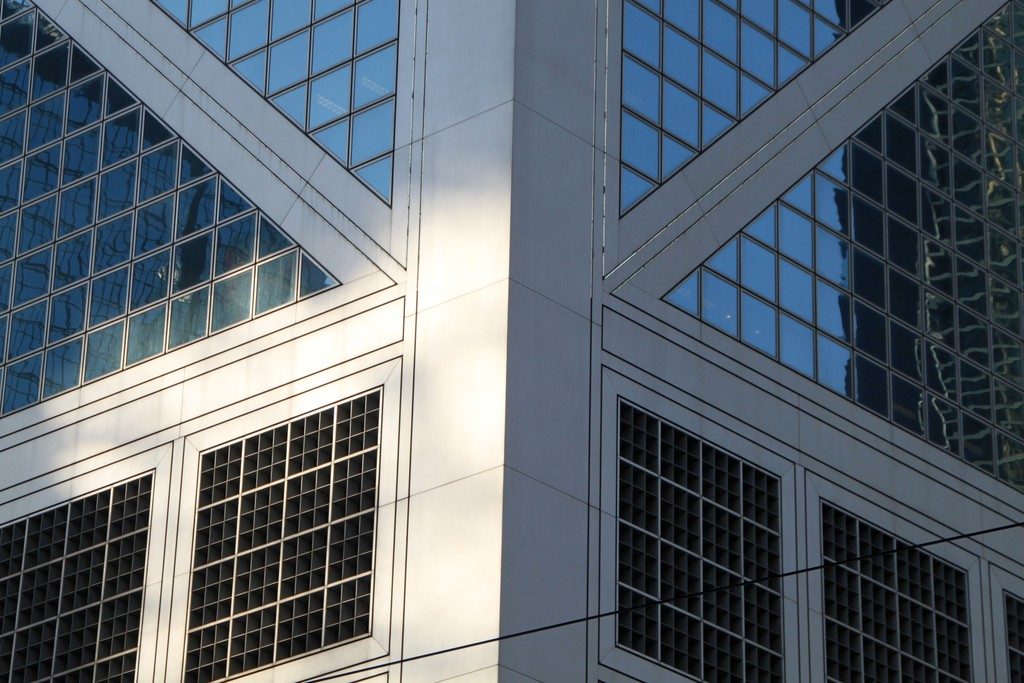 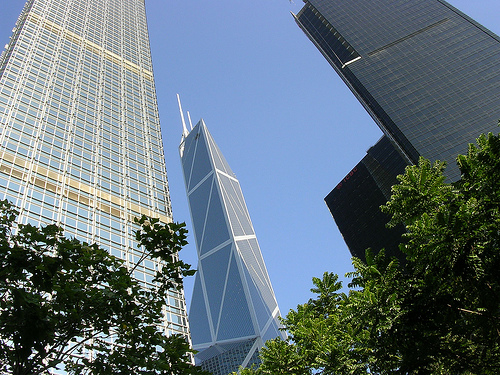 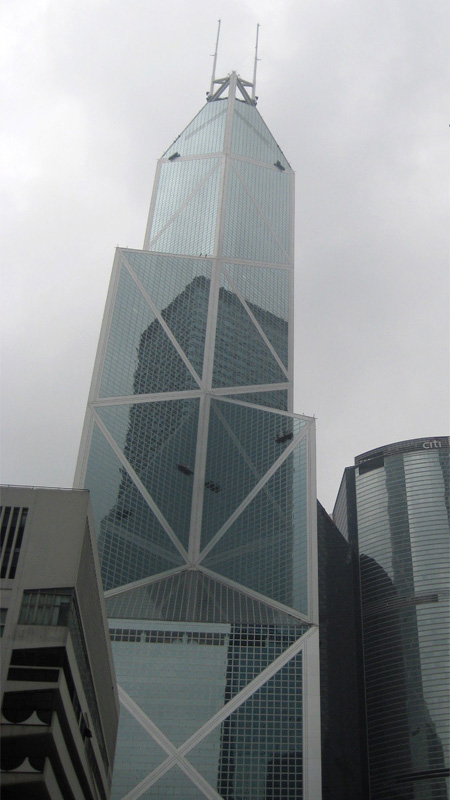 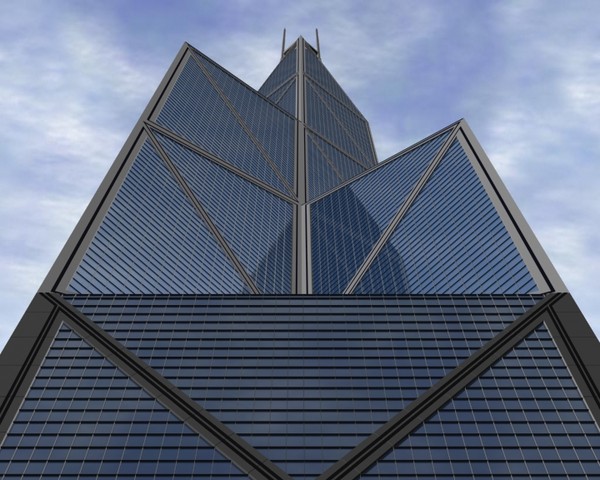 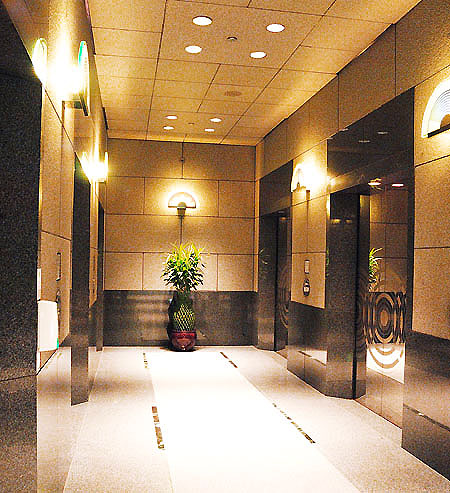 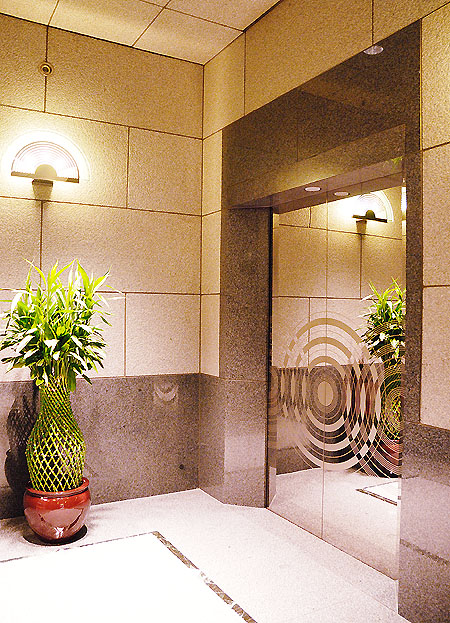 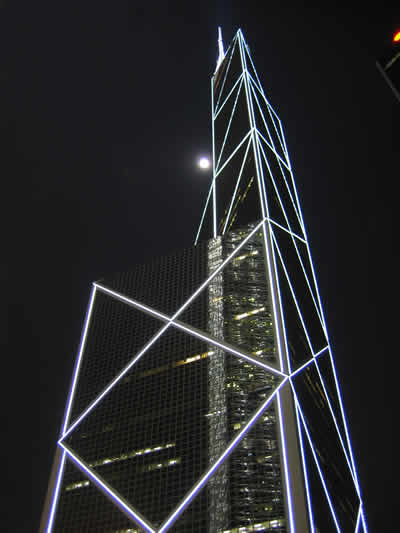 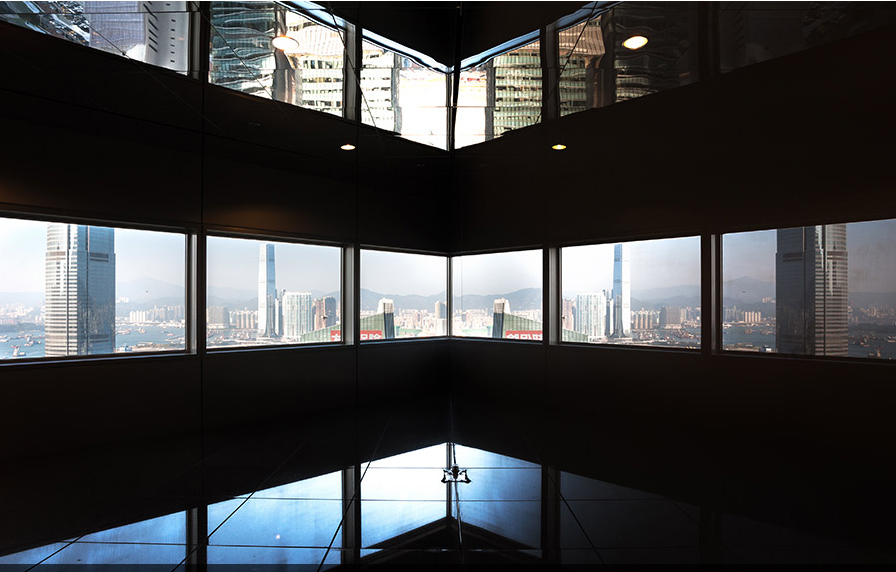 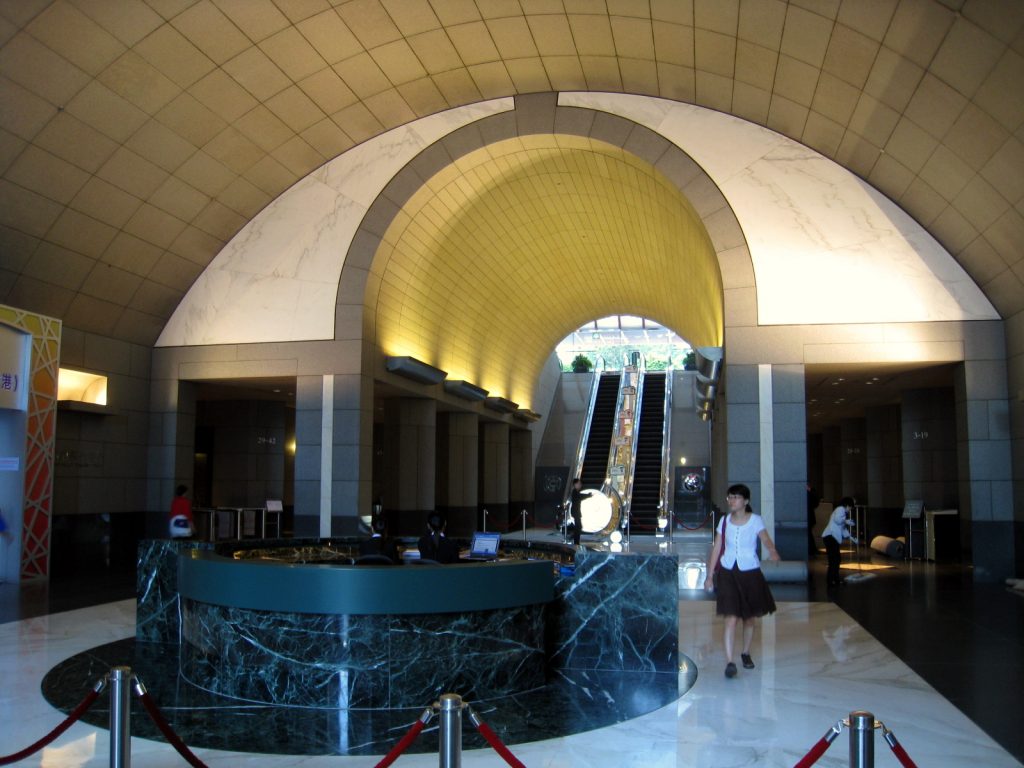 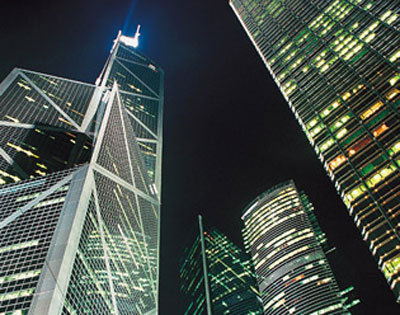 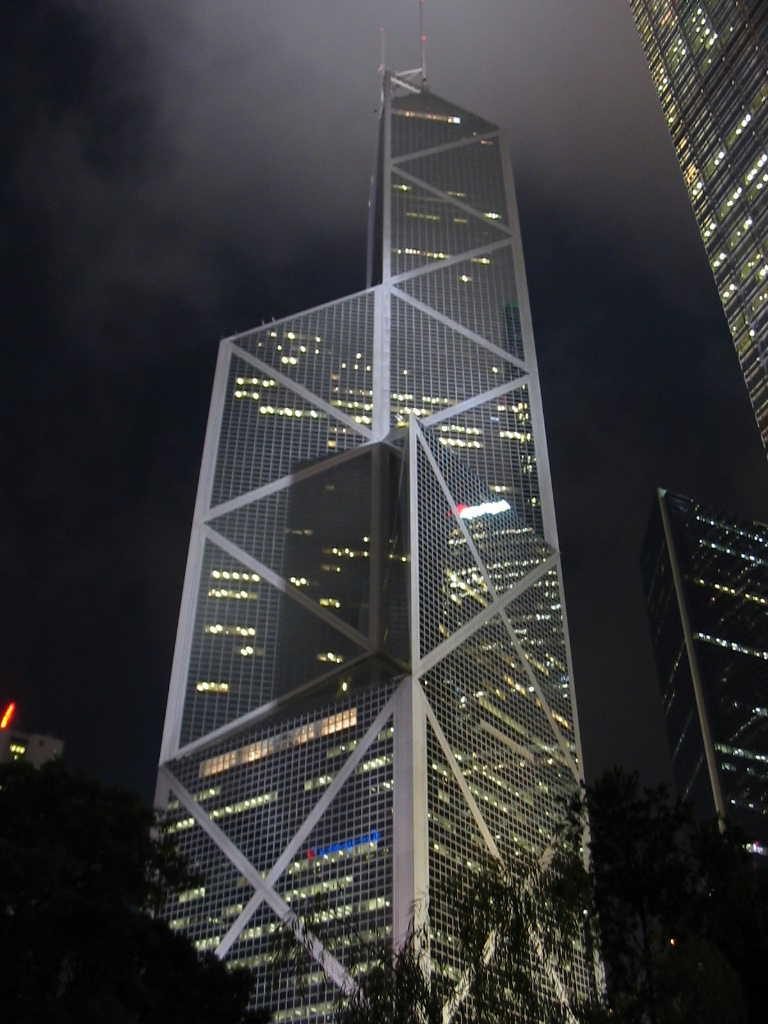 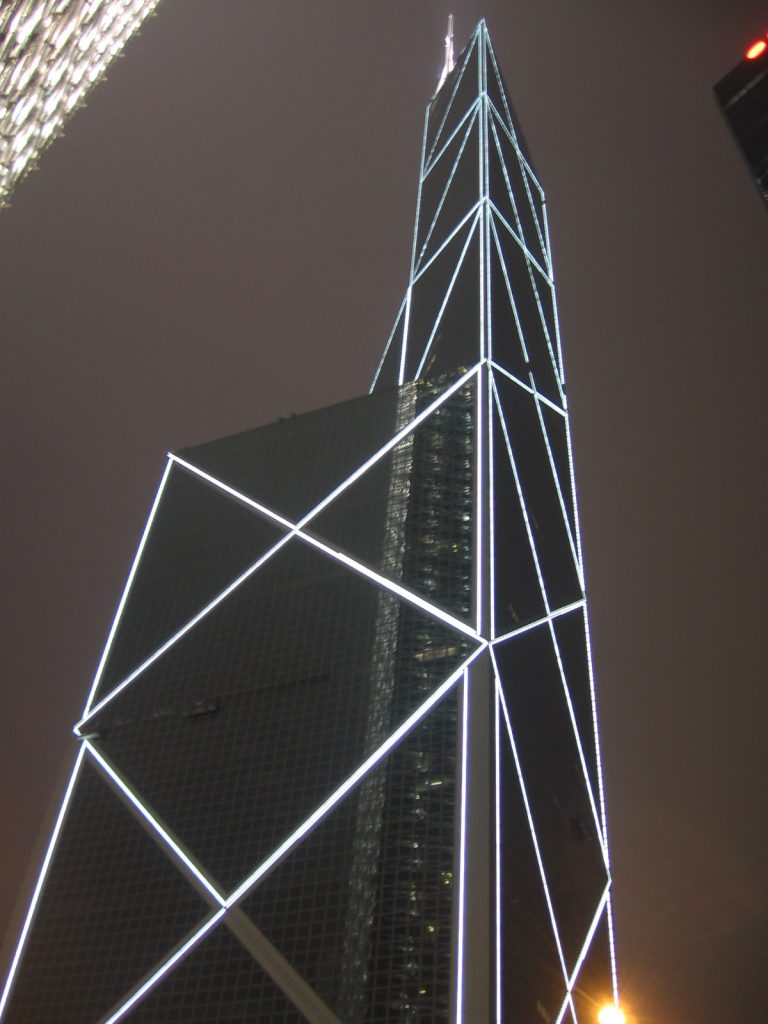