The team from the Anglo-Iraqi architect Zaha Hadid is responsible for the design of the Masterplan Zorrozaurre. The project is driven by the Board for urban development of the peninsula Zorrozaurre with the idea of the isolated peninsula and degraded.

Zorrozaurre area is particularly important for the city and the region of Vizcaya, and presents an opportunity to establish a paradigm for the strategic development of Bilbao.

The program consists of the renovation and housing construction, new industries, tertiary uses, recreation and urban areas, and greater interconnectedness of the peninsula, the city and surrounding areas.

The initial plan was submitted by the architect and his team, and then modified intent raised by the government, political groups, owners, residents and neighborhood groups.

Zorrozaurre is an obsolete industrial area located at the western entrance of Bilbao. This is a 60 hectare peninsula almost completely surrounded by the Ria de Bilbao and the Canal de Deusto.

Located 15 minutes away from the center of the capital, and is inhabited by 500 residents and a large number of factories, mostly abandoned.

In developing the plan, were five points in a game that describe initial approach to the area.

First, continue with the boldness with which turns towards Bilbao Nervion River, as an element that organizes the development of the city as much as for its visual energy.

Second, use the river to identify key points, guidelines, and patterns of connection and dislocation also work closely with the condition of the ground to identify areas of strength and concentration.

A third point, seeks a commitment to optimize the organization of existing industries in relation to the city. As a new organization Ensanche provide space to the city, as opposed to the Old Town, the area of Zorrozaurre be differentiated to meet the dynamic and modern requirements.

The fourth point is the need for significant investment in water infrastructure and transport. These engineering works should be treated as sculptural elements of the new landscape.

Finally, the plan should aim to ensure a coherent integration. Bilbao is a city and walking Zorrozaurre must continue that tradition. As the integration of the place with the center of the city persists in the minds of any evolutionary rationale, its connectivity to the area on the right bank will promote the idea of inclusion within the social and economic patterns of everyday life. Additionally, the interventions on both banks of the river to develop opportunities in Zorrozaurre a new economic cycle, encouraging the exploration of interconnections between the living and working to complement the standard types of homes and offices.

3 are different areas of action: one for sanitary facilities, other equipment tertiary and third area of mixed uses: residential, equipment, and economic activities.

50% of future housing units and will be mostly aimed at young people. With a total of 15,000 inhabitants, the new Zorrotzaurre will have an important social component to ensure a percentage of housing 50% (25% and 25% rated housing VPO), most of which are aimed at young people under 35 years; and maintain the existing residential buildings exempting cargo planning.

In addition, we want to give the area of economic activity by reserving 25% of the building for offices, trade and private facilities such as the construction of a large health clinic to provide quality services to the people of Bilbao and its area of influence.

While the works would commence in 2009, from Bilbao City Council is to start generating business as soon as possible. It was designed by a “Phase 0” which includes 2 distinct areas of action: Botica Vieja warehouses.

Botica old house on a plot of 12,253 square meters large hospital clinic to serve all Bilbao.

In the warehouse is expected to use about a third of 4051 square meters plot. This action will boost the banks of San Ignacio with economic activity and closer to the channel and San Ignacio de Deusto.

The next phase of action is the area of mixed uses. An area of 651,861 m2 will be used to accommodate the new homes of the future neighborhood, which is compatible with the development of economic activity, as a generator of employment.

This area will also be generous dimensions of open spaces and green areas, pedestrian road and shot, and a large reservoir of land for public facilities and equipment.

Regarding the urban planning provides an intensity Building for private uses up to 35% of the area and include the use of housing (protected and free), private facilities, and the uses of economic activities compatible with housing preferably be linked to innovation, knowledge and wisdom.

The system of open spaces and green areas has occupied 20% of the surface area, which would involve some 130,000 m2, for this purpose.

The percentage of land for public facilities is set at a 15% ceiling of the corridor approved in advance (10-15%). Finally, the pedestrian street and road hold the remaining 30% of soil.

The realization of the number and position of the new bridges will be in the Special Plan.

With regard to mobility will be to prioritize pedestrian, and create a broad riverside walks a bicycle and pedestrian botika continuously towards Old Bridge Euskalduna, and Zorrotza Elorrieta.

The means of transport for the proposed district is the tram, which passes through the future along with the island connecting Zorrotzaurre Ensanche.

To preserve the memory of the district will seek to retain all existing residential buildings and industrial buildings for their uniqueness and conservation status can be converted for other uses. It also will enhance the environment of the Church of San Pablo as a historical center. In this way it is intended to preserve the identity of the current residents and improve their living conditions, without giving up the port and industrial past Zorrotzaurre.

Amendments to the Initial Plan

While the initial plan provided for converting the banks of the Nervión on an island, it has changed the plan to keep it as a peninsula. And retain the 24,000 square meters would be lost with the opening of the channel of Deusto in the estuary. In a neighborhood that is betting on new housing and public services, Zorrozaurre be prevented and installing a drainage system in case of flooding of the river. The more practical option would be to lay on the bed of a large pipe, about 40 meters wide by 600 meters in length, to capture the road before reaching the peninsula and a controlled release of water down, where there is no danger to the neighborhood to prevent possible flooding in what is the largest property development of Biscay. 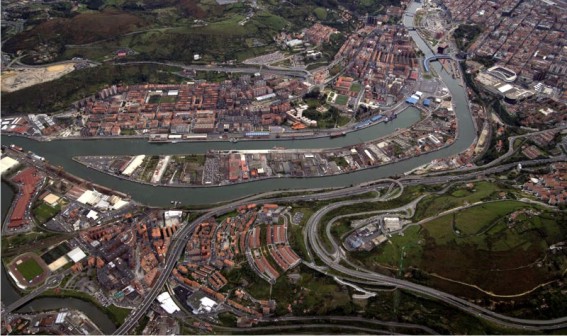 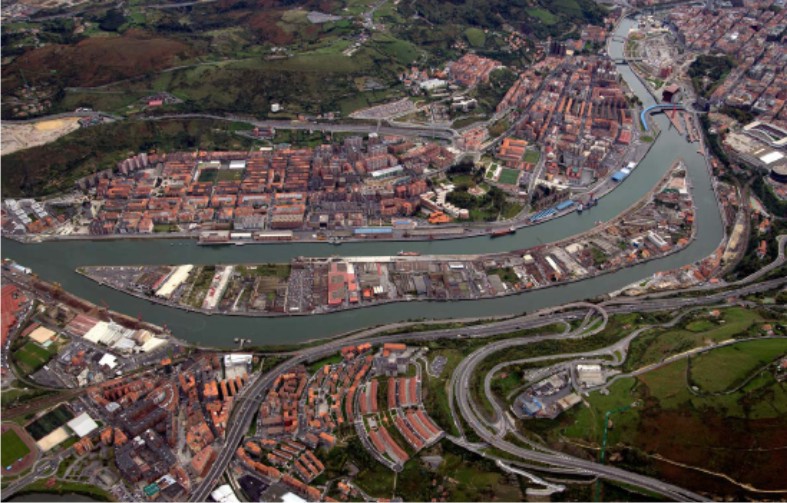 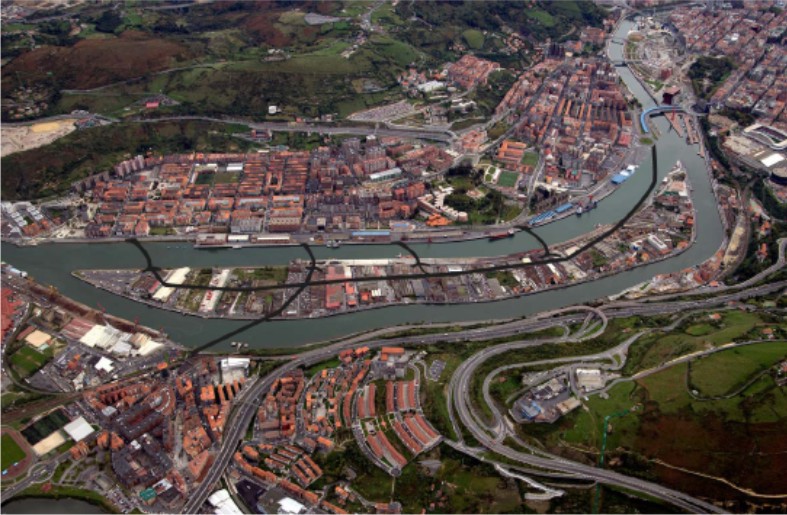 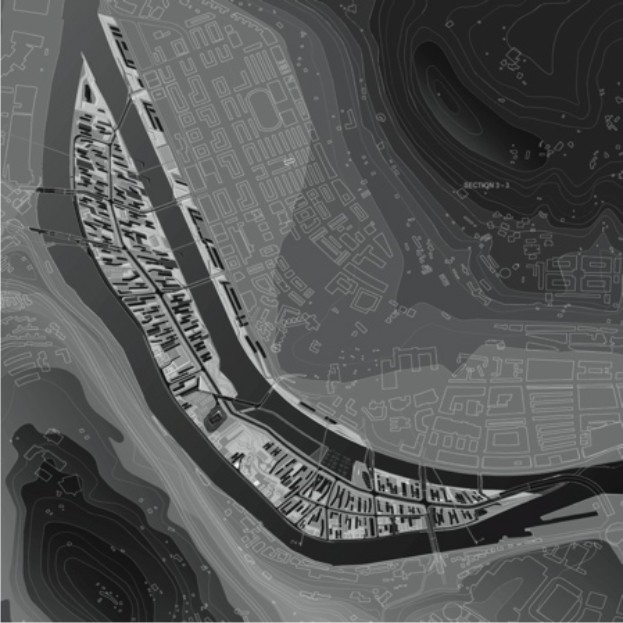 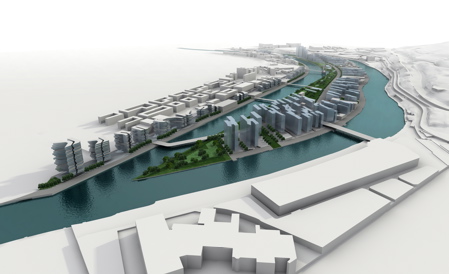 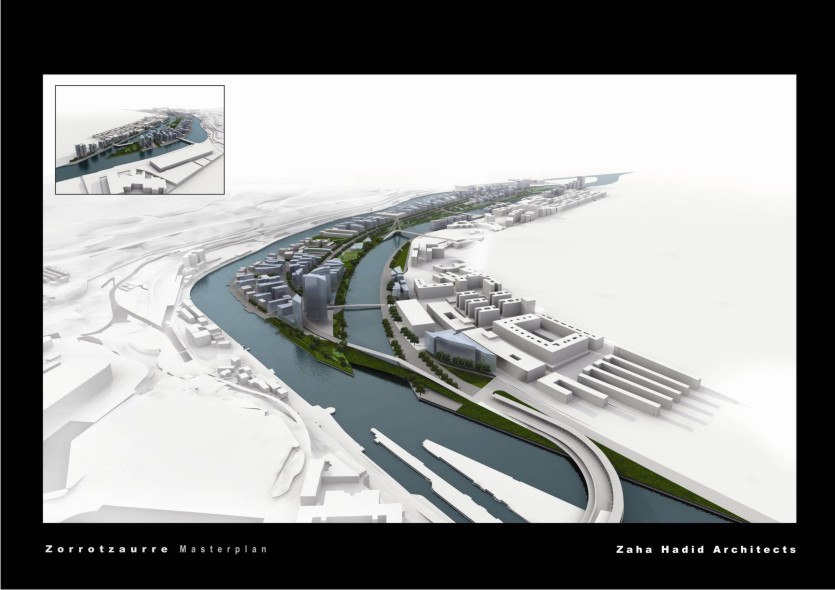 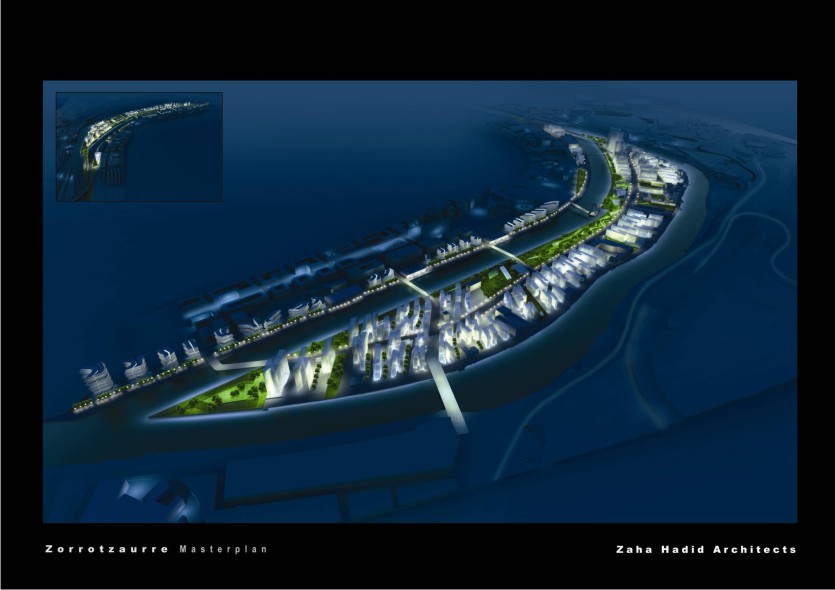 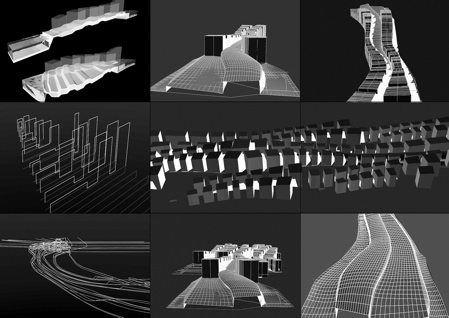 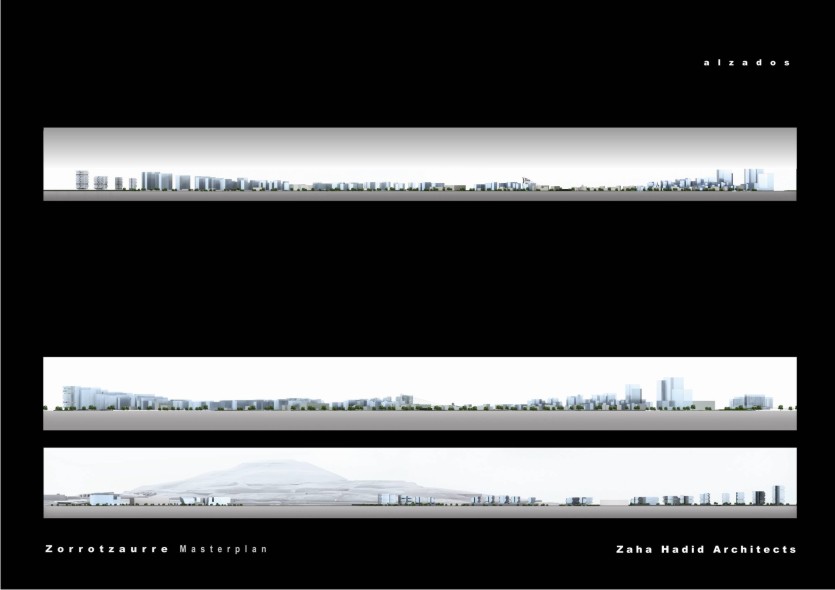 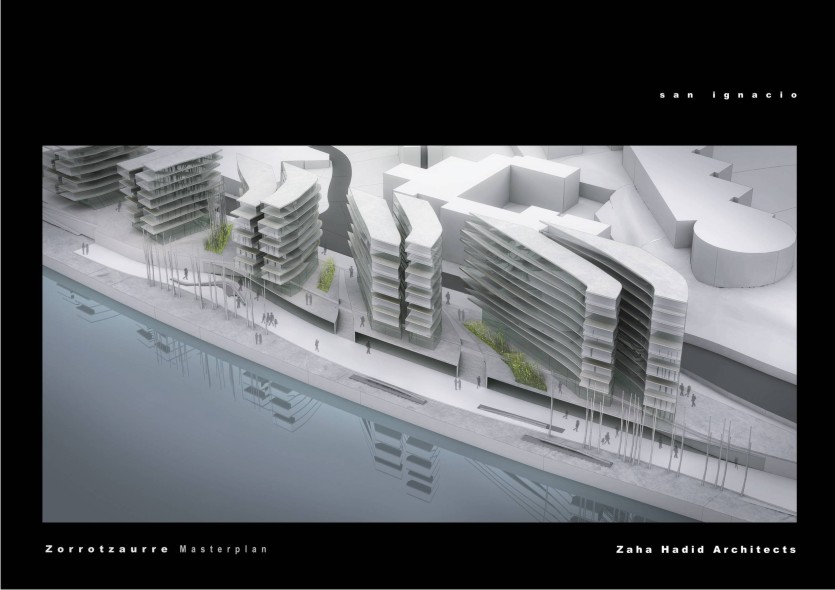 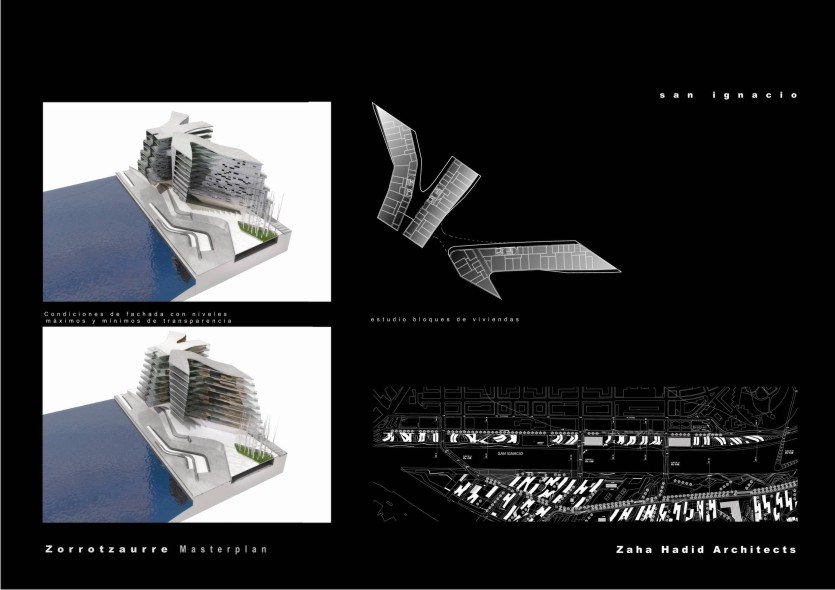 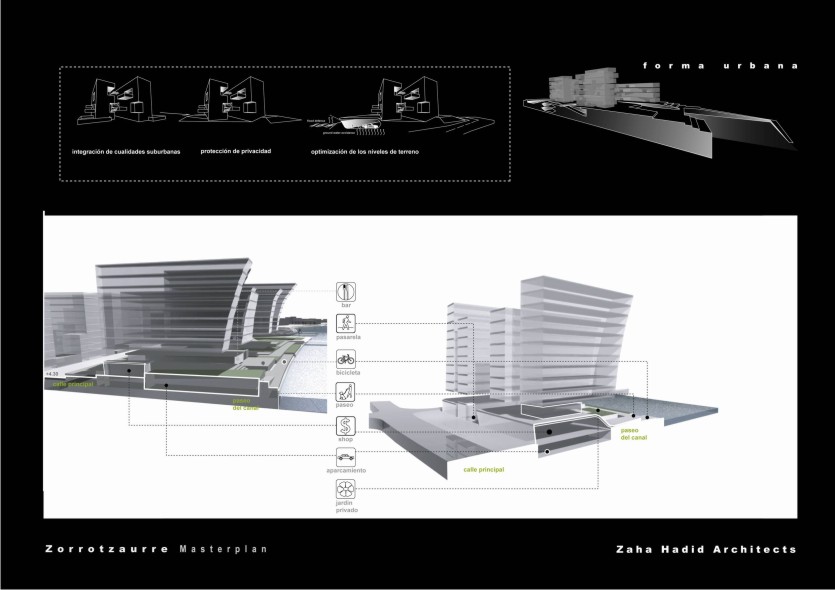 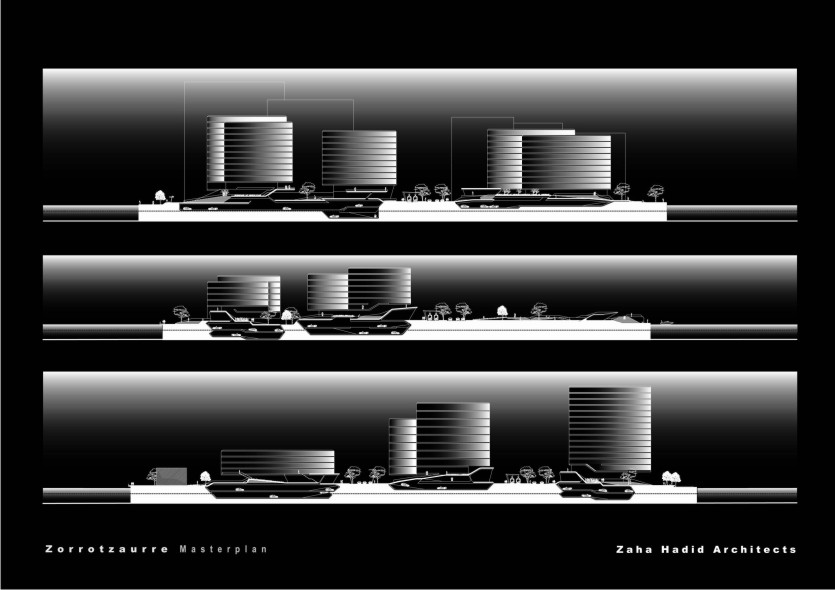