In 2008, the PES-Architects, studio won first prize in the international competition held to design the Wuxi Grand Theatre. Its modern design stands out among the buildings that surround it and functionally is the most important cultural center in Tai Hu New City.
Usually, in Finland, headquarters of PES Architects, architect designed holistically public buildings, from the first thoughts of the client to the details of interior design and is in charge of coordinating the work of all special advisers. Professor Pekka Salminen, PSE-founder of Architects, and his design partner, architect Tuomas Silvennoinen, wanted to promote this type of “Design Thinking” at China. This argument is without a designer who has a comprehensive understanding and knowledge of the entire design and construction process from the beginning, the criteria of sustainable development can not be developed properly. The time shows the enduring values ​​of architecture, particularly important and serious in China criteria, where most heavily developed in the twentieth century -XXI in which all projects are carried out at an amazing speed.

The theater is located in the artificial peninsula Wu-Li Lake, south of downtown Wuxi, Jiangsu, China. Due to its location and its architectural image the Wuxi Grand Theatre has become a leader in the area of ​​Wuxi.

The main idea of ​​Wuxi Grand Theatre is based on your location. The artificial peninsula in northern Taihu Lake and the nearby road bridge make this place compared to the Sydney Opera House.

The exterior architectural image of the Teatro Wuxi Grand, consists of eight leaves, or wings, which together with the stone base to which they are attached offer like the flight of a butterfly coming down to rest on the lake Wu-Li figure. This sculptural and artistic form, which reaches 50 meters high from the base of the terraces, makes the new Wuxi Center for the Performing Arts has become a landmark building.

The architectural concept is unique within the steel wings are thousands of LED lights that change the color of the same according to the nature of the proceedings. This is possible, because the underside of the wings is covered with perforated aluminum panels.

The PES-Architects team wanted the building of the new institution became a work of art in itself, a building whose design will result a large sculpture. Together with the artistic concept, the wings are an important part of the ecological concept as they protect the building mass from direct heat of the sun. There is also an architectural inspiration based on Finnish nature, which is reflected in the glass brick wall lining the curved wall of the lobby in the main auditorium.

To take full advantage of its location by the lake, the main entrance and public spaces have been raised from the surrounding level, creating a stone base than 6 meters from street level rises. On top of this the two halls of stone, united by the glass entrance hall with open views to Wu Li-Lake are located. More views of the lake and the old town are obtained from the two lateral foyers and terraces that connect with them.

The new complex includes a variety of features, but the most noticeable is that offered by the Grand Theatre, with its 1680 seats spread over three levels and prepared so that they can perform classical and Chinese operas, ballet and symphonic orchestral music.

Its curved walls are made 16.000CNC, cut blocks of solid bamboo. The design of the reflector golden roof inspired by traditional Chinese opera mask. To decorate the curved wall of the lobby, lakeside, nearly 20,000 glass bricks, specially designed for the site and serve as a link between cultures were used.

Mixed with the most modern materials using a typically Chinese material, bamboo, traditional materials and modern appears throughout the entire building. New production methods for working and preparing material for different uses, such as the more than 15,000 solid blocks manufactured to meet the Main Auditorium of the Opera, giving forms as acoustic or architectural image needs to be achieved. This material was also used in the soils of the audience, especially processed and protected from moths and corrosion

Another important area is the Comprehensive Performance Hall, auditorium with capacity for 690 seated spectators.
The side lobby of this smaller auditorium is elevated and offers views over Lake Wuli. You reach the room through two levels are connected by a spiral staircase suspended whose steps are made of solid bamboo pieces. The whole structure of the ladder is suspended from the ceiling by stainless steel rods.

The wall of the entrance hall is covered with cut stone blocks and specially designed by CNC, according to the angled wall black blocks inside the auditorium.

This room features side boxes on the first level and horseshoe boxes in the second. The walls are lined with black blocks GRG. The railings and side walls of the corridors are lined with solid bamboo.

A second public entrance located on the lower level, facing the lake and after the socket are the technical and service facilities, shared by both audiences, as well as the parking area for both staff and services, the public and a section for VIP guests.

The underside of the cover is coated with a double perforated sheet, aluminum and curve overnight left exposed frame of its special structure. Illuminated with LED, its tone can be changed for this building look different depending on the show every night is offered. The top deck is covered with a cloth zink.

The wings shade covers a series of gardens and terraces on the roofs. The terrace on top of the main hall contains a stage for outdoor performances and a café.

The structure of reinforced concrete and glass is protected for eight wings with steel structure forming the deck.
A special feature of the building is the “forest” of 50 columns of light, with 9 meters high, which start from the square where the main access, support the roof of the central hall and continue out through the side of the lake, entering in water. 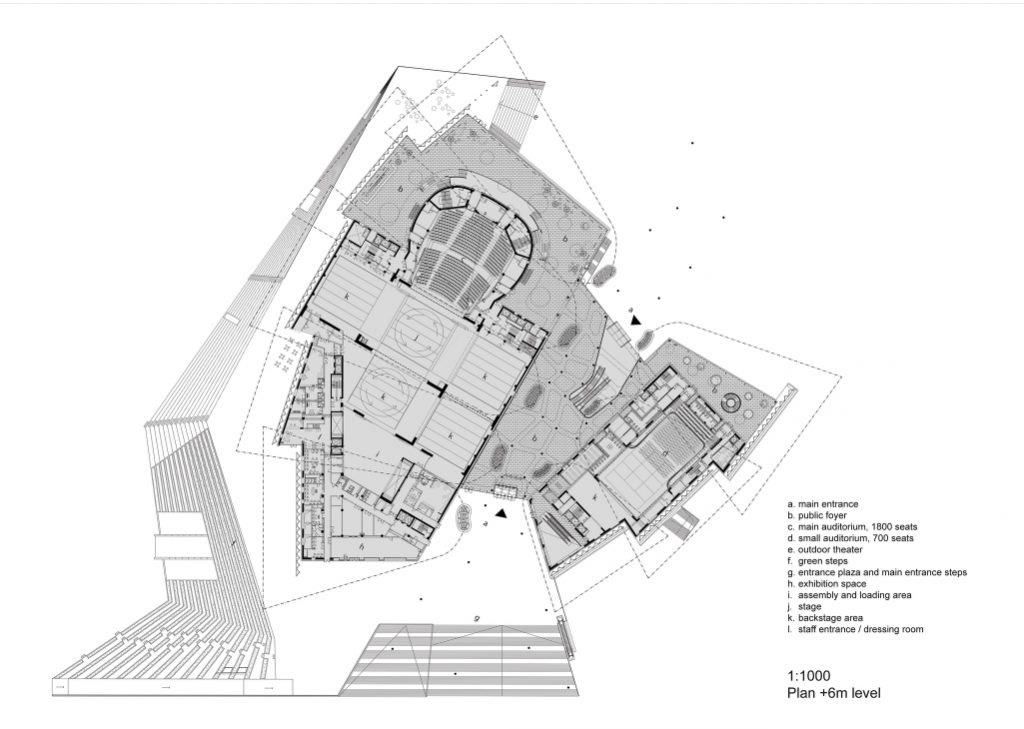 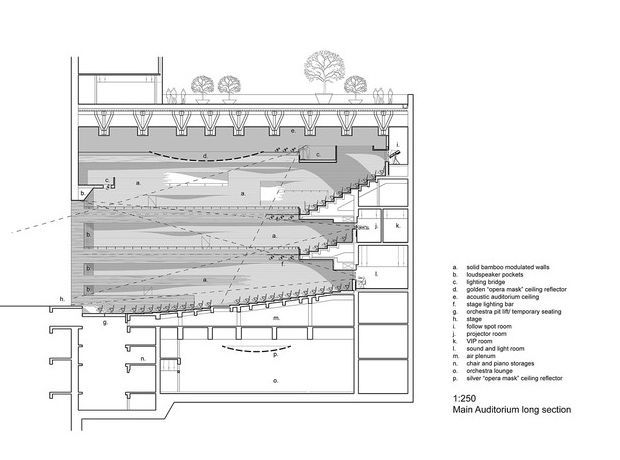 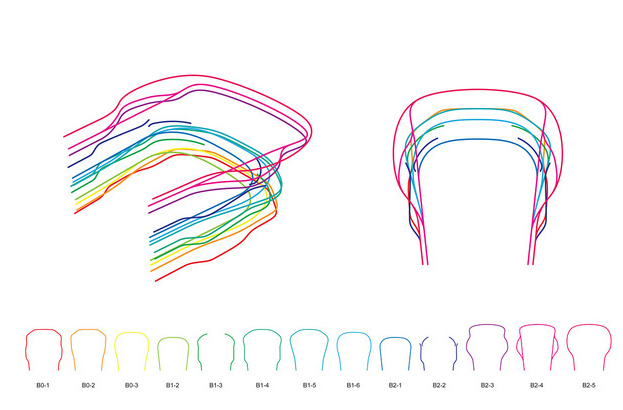 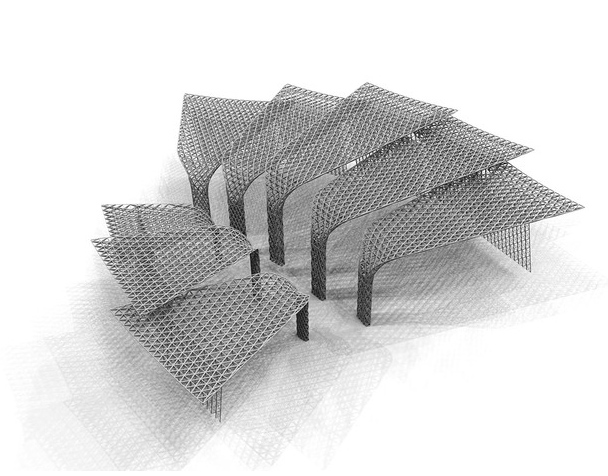 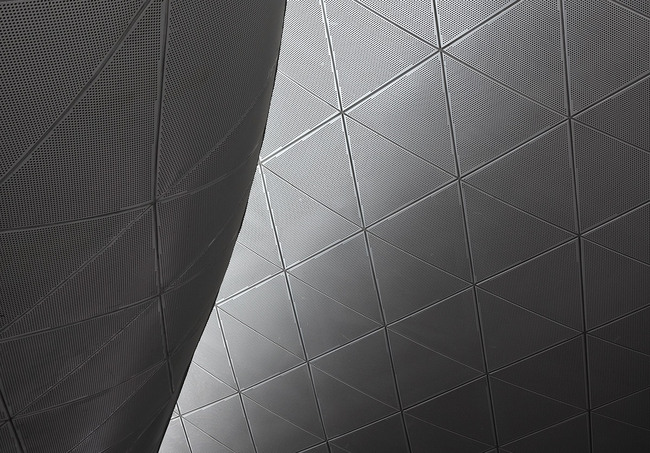 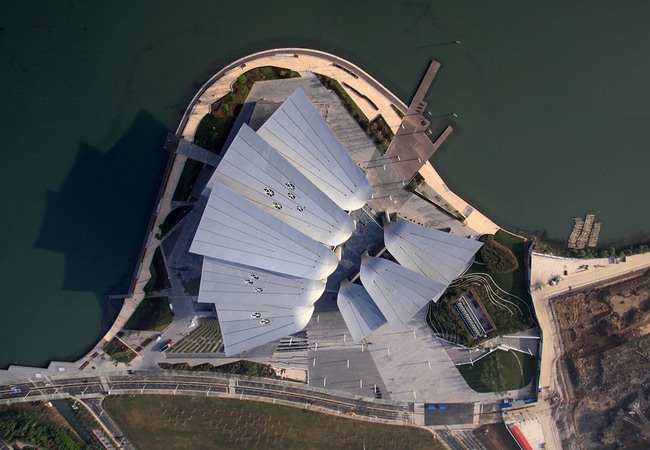 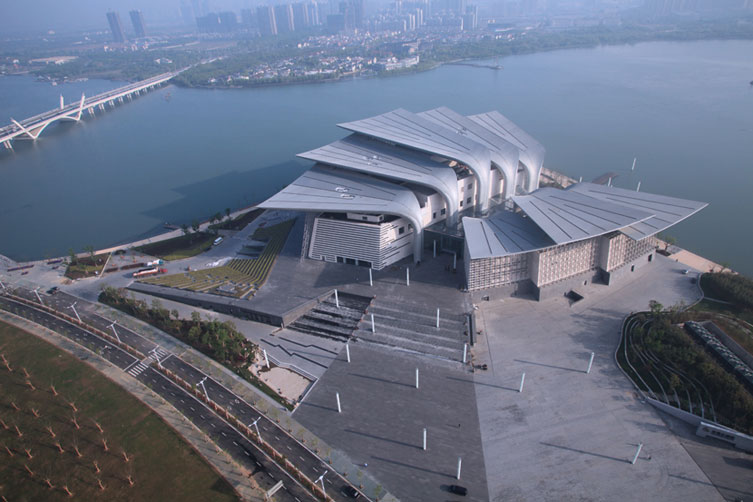 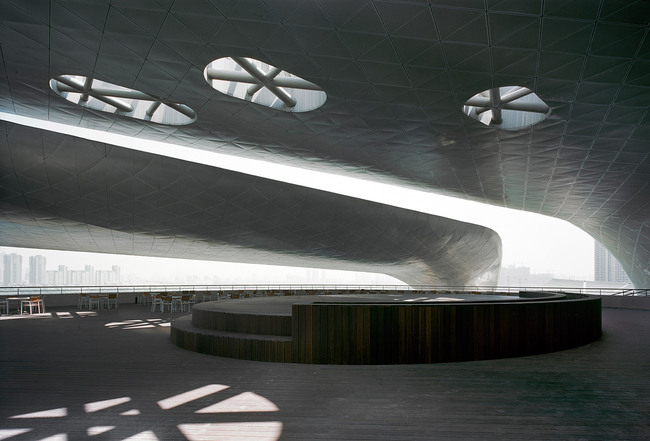 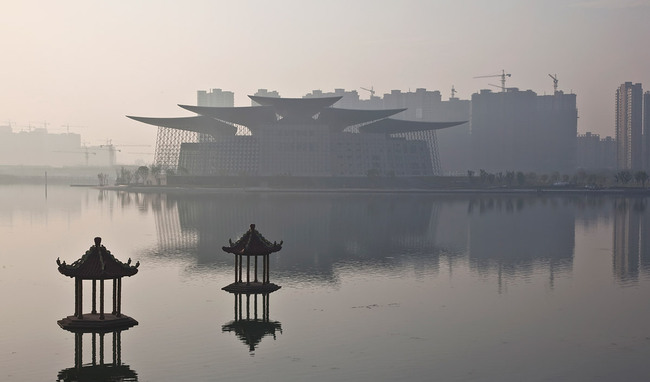 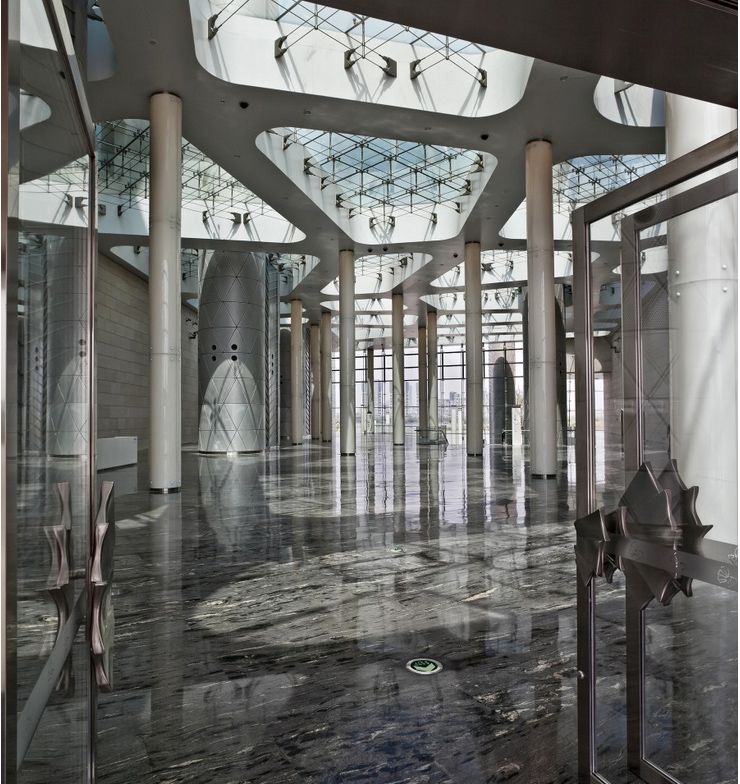 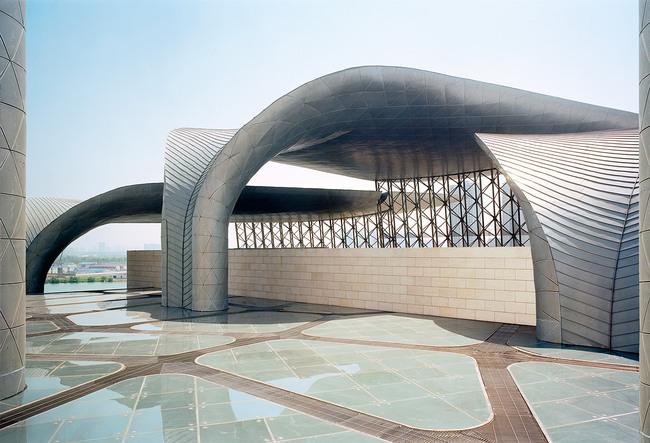 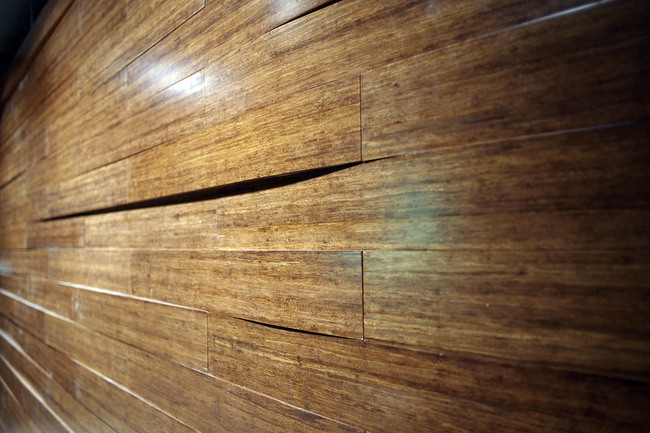 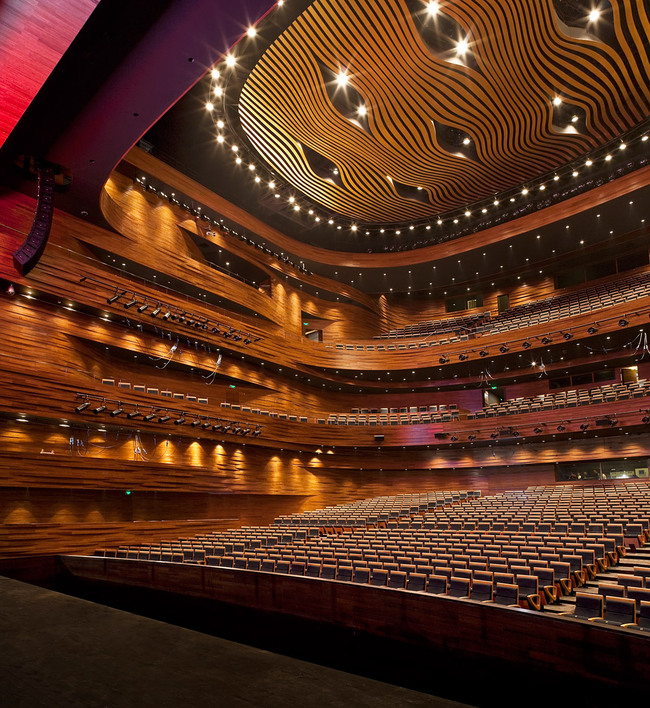 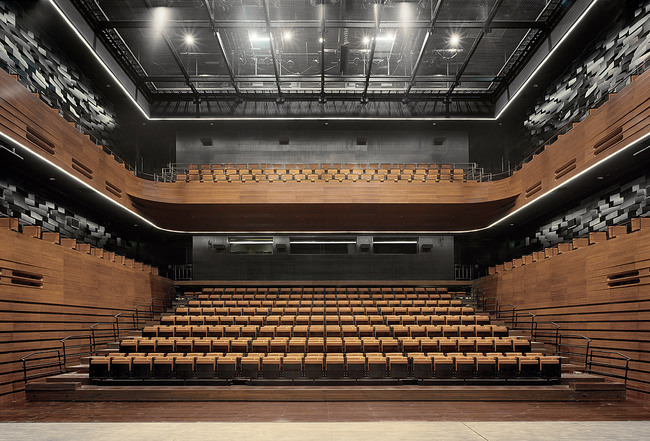 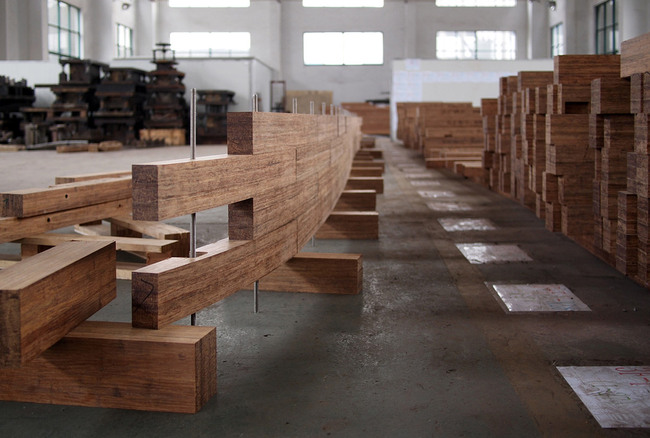 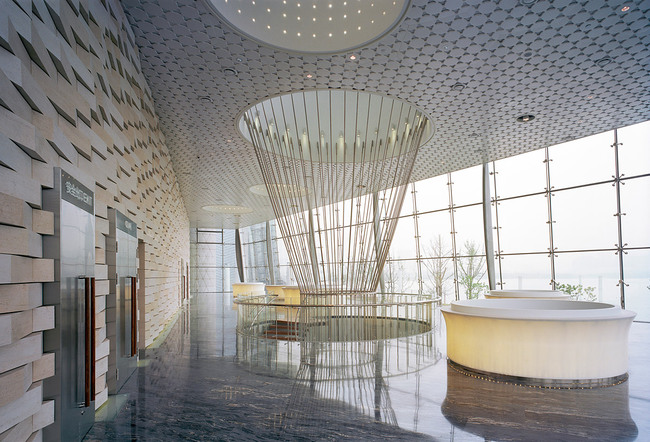 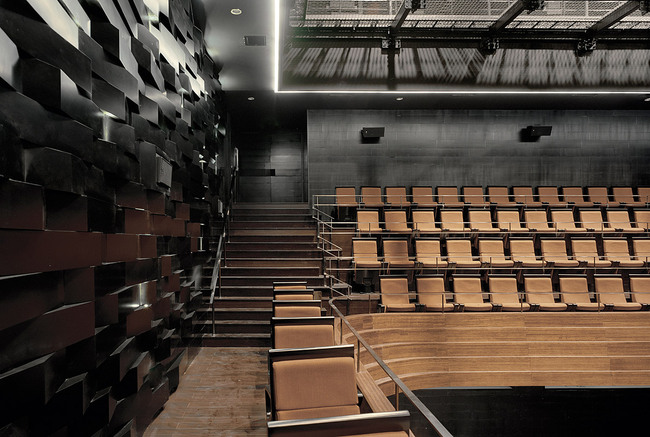 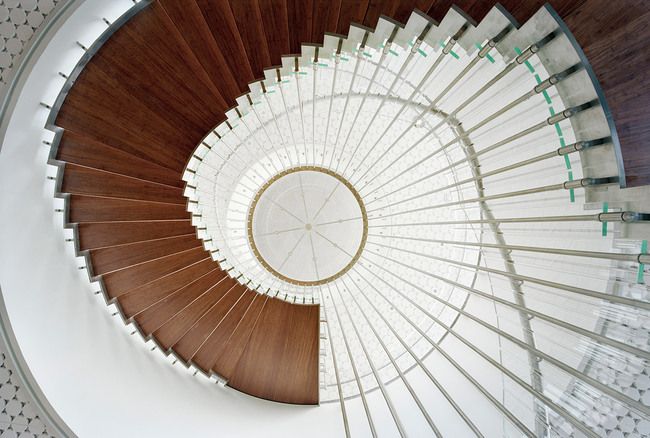 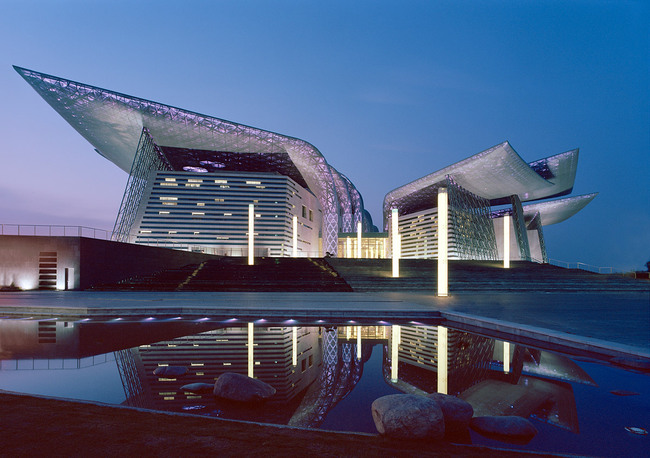 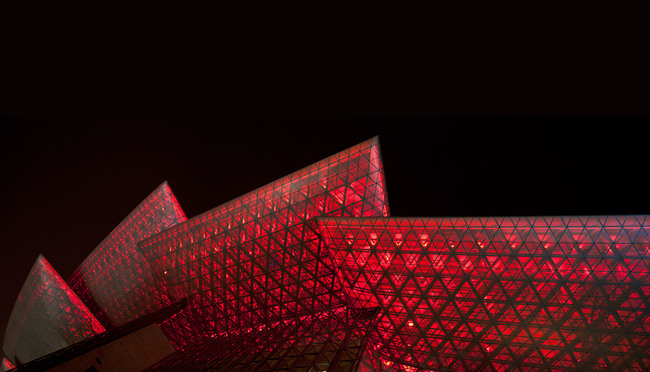