The Winslow house was done by Frank Lloyd Wright for his 26 years, just weeks after Sullivan left the studio.

From the beginning turned out for his controversial novel, because that what was fashionable at that time for Chicago-style houses were “neo-Tudor” with very slanted roofs.

The proposed Wright for his part was a mixture of classic and picturesque, where the materials were also left naturally, something absolutely unique at that time.
The main facade is a striking symmetry, to use Wright quickly abandoned, as the sash windows.
Appear But key elements of residential architecture of FLW as the base, slightly sloping roofs, the chimney as structuring elements of the program and 2 floors.

Winslow is now the home of the 17 works selected by the AIA as examples of Wright’s contribution to American culture.

Winslow House flourished in the landscape of a residential neighborhood in River Forest provinces, Illinois, USA.

For the current rules, the house built for William H. Winslow is a building sober, noble and elegant. However, for the pleasure of the year 1894 was something so unusual that raised the taunts of neighbors. A large number of elements indicate the departure from the norms of the dominant architecture in the Midwest during the nineteenth century.

The exterior walls rising from a stone base forms, which Wright called “level of groundwater.” Vegetation around the building is not very abundant, and emphasizing the unity between the house and the ground.

Instead of the usual steep roof, broken by a tall, thin chimney, the roof slopes gently from a large fireplace, creating a large overhang on the upper floor windows which are in turn surrounded by a strip of material dark overhang that accentuates this confused with the shadow that this causes. This visor with which Wright wrapped the house creates a visor that allows us to look beyond, toward the horizon, since that is where wants to conquer the west, to California.

Use of this band of dark material that crowns the walls of the facade also ensure that, together with the dark tone of the cover, the song is highlighted on the cover of soft color to create the first image as an auction, as cover, although this was only an illusion was also an omen.
The windows go from the same antepecho to the lintel, instead of ending about thirty centimeters below, so do not give the impression of a hole in the wall, but openings in a plane.

The Winslow house also has a dual concept that is evident when comparing the standard with the main rear elevation. While facing the house shows almost all the features of a classic in its standard form the rear break is retranquean appear sinuous forms, etc.. breaking the box-box “that existed at that time.
The facade remains a structural element, yes, but breathes, allowing visual, like a membrane, is the beginning of the famous area of diaphragmatic Wright.

Although the front elevation, with its clear symmetry announce a central entrance and in the classics certainly the Winslow House is by no means a classic house. Access occurs tangentially on one side.

In the interior spaces are well defined, but gently flowing between them, instead of giving the impression of normal blocks inside other blocks.

The wooden parts are simple and natural andalusia worked, the work of discrete size and coating contrasts with the excess taxed as embellishments to fashion. The whole thing radiates a discreet elegance and dignity, unknown at the time of exaggerations.

The materials have been worked according to their different natures: the concrete retains its original white, golden Roman brick Roman bricks are still gold, the terracotta frieze on the wall of the upper deck is an intense brown color, at a time when overturn the brick, painted wood and hid concrete. 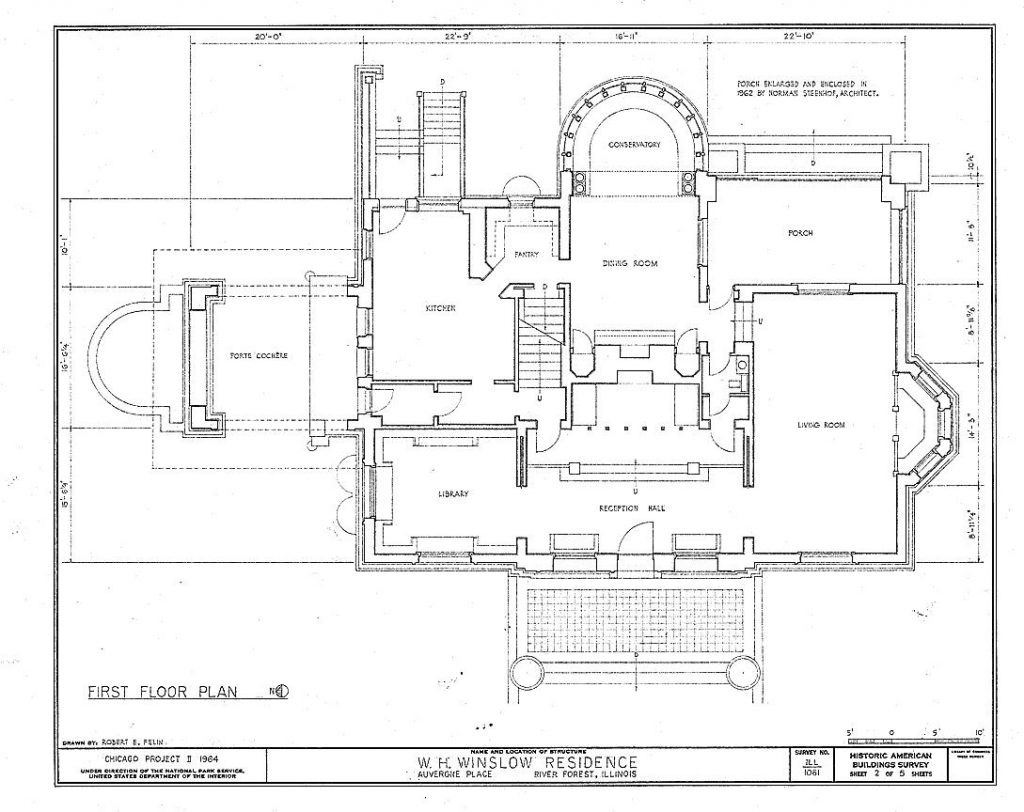 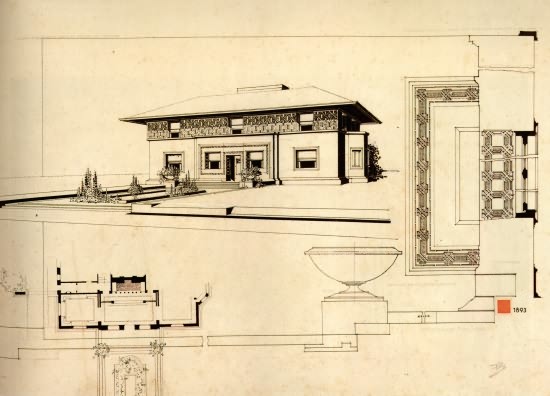 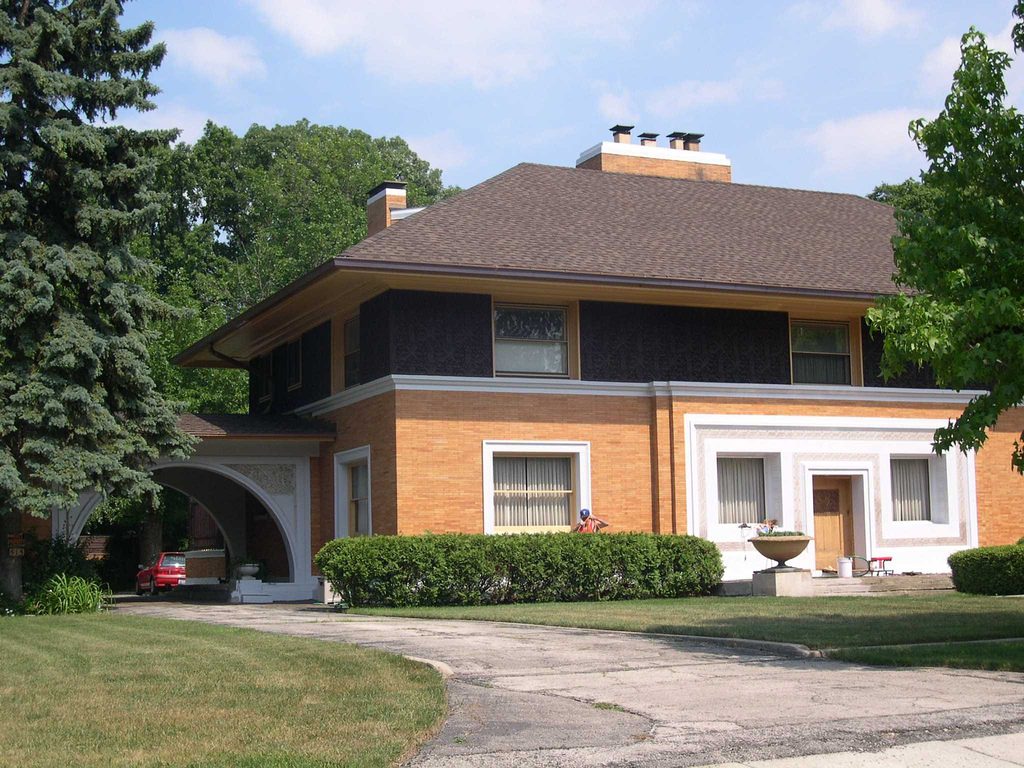 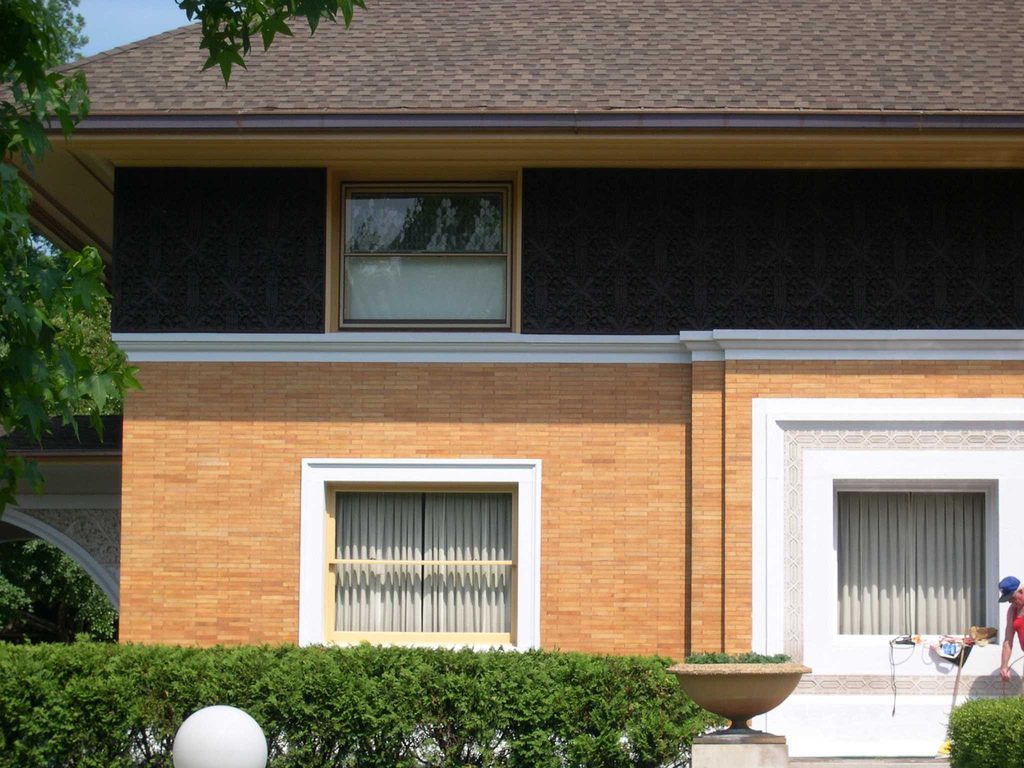 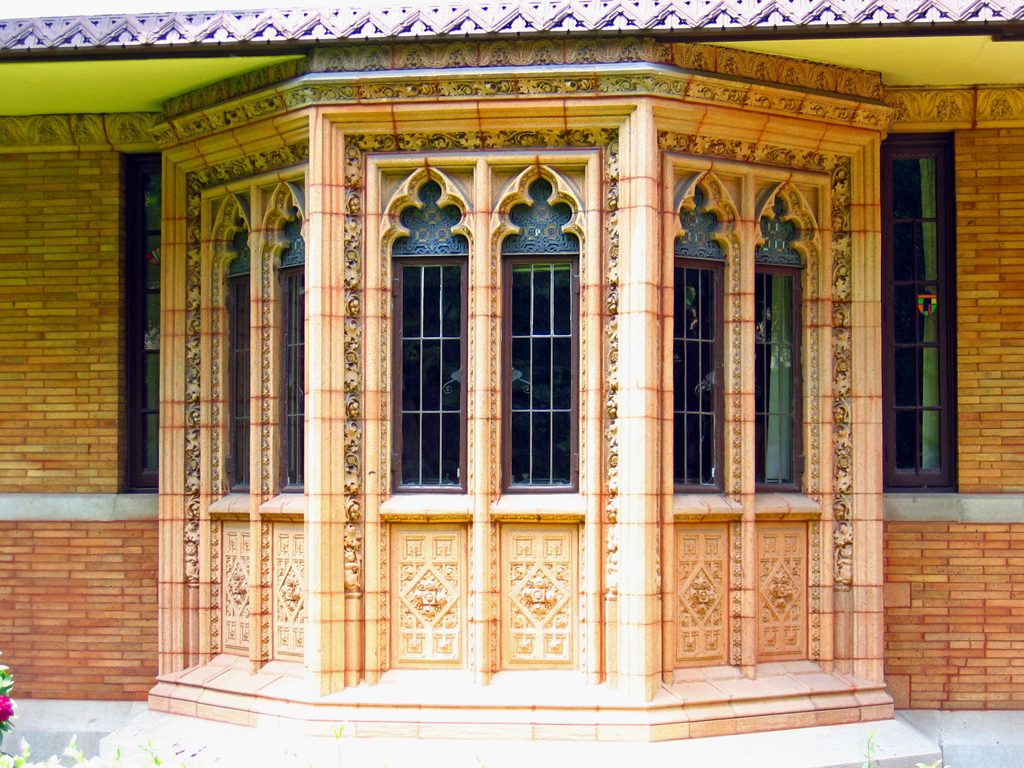 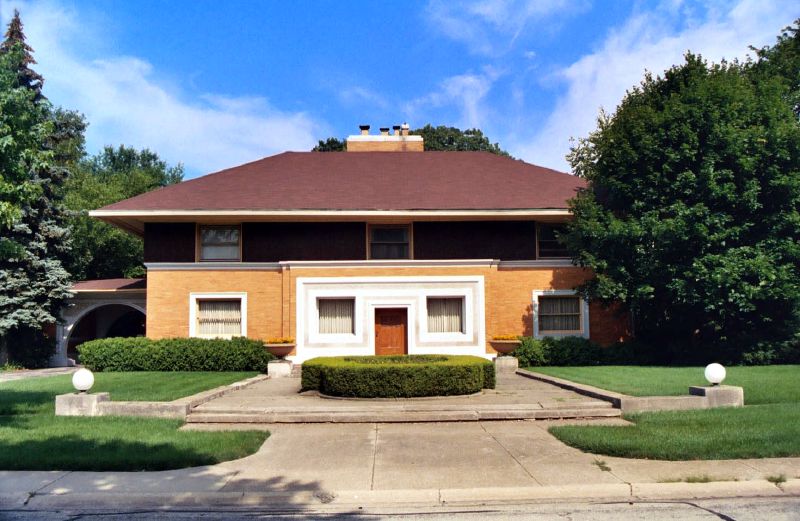 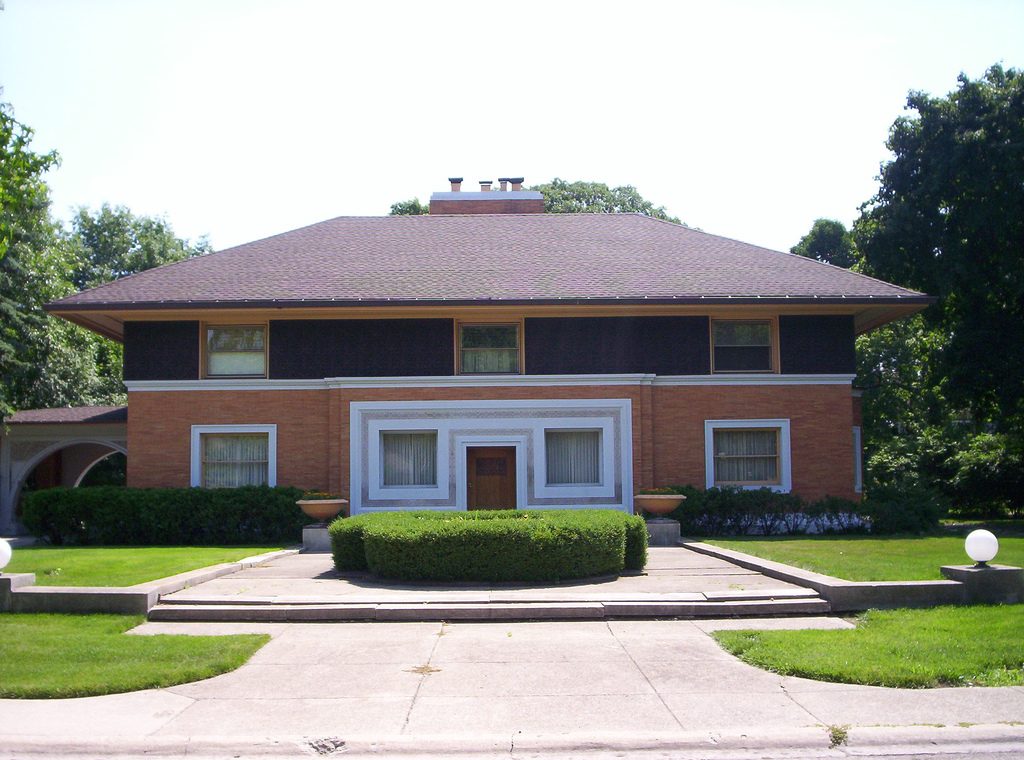 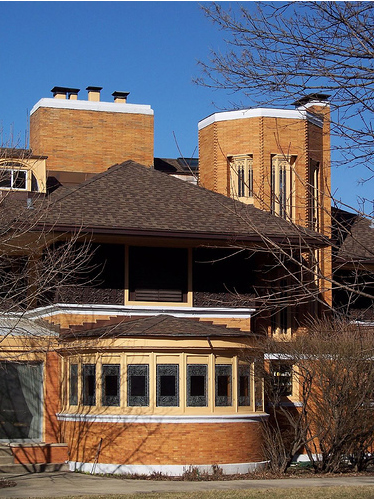 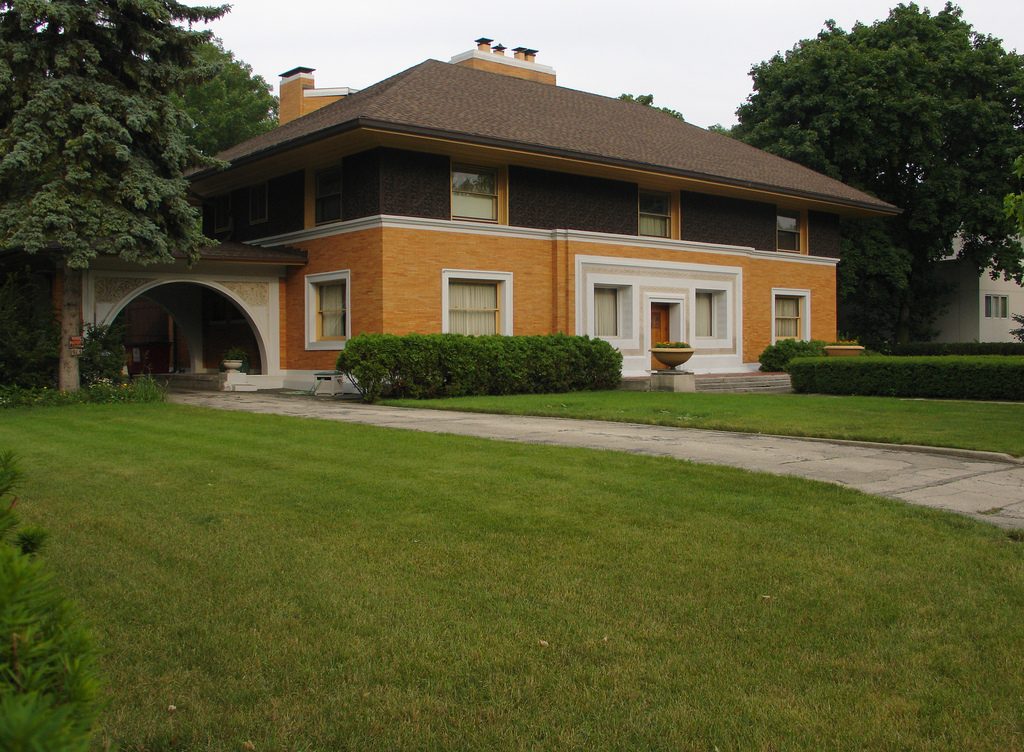 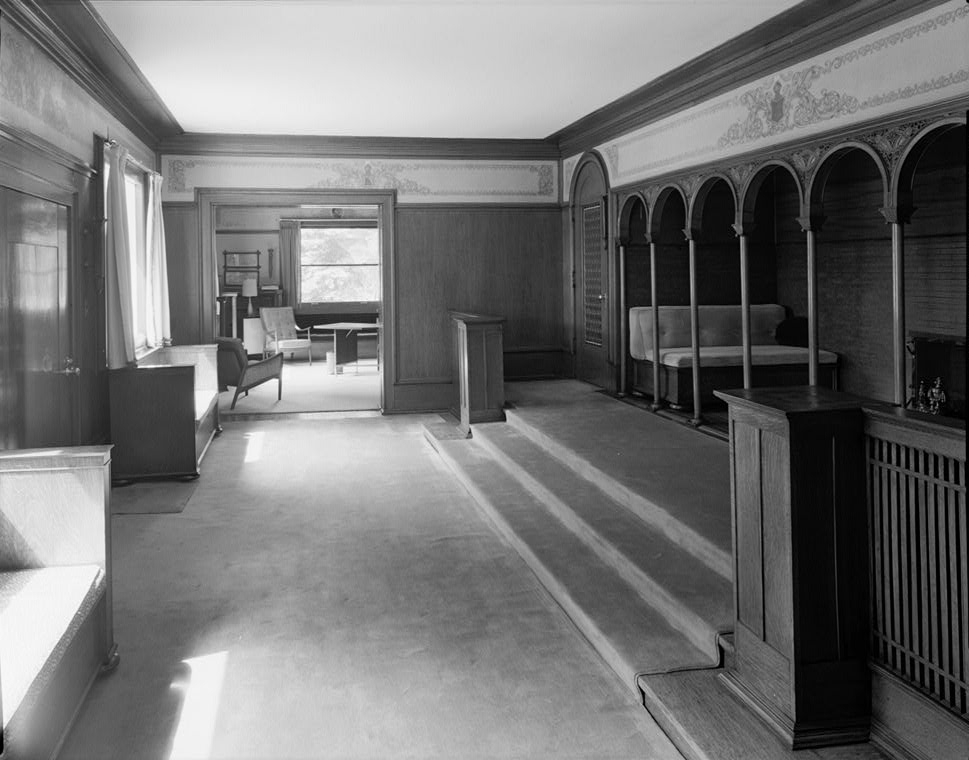 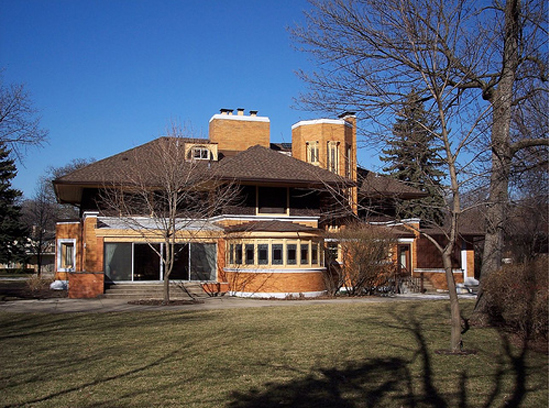 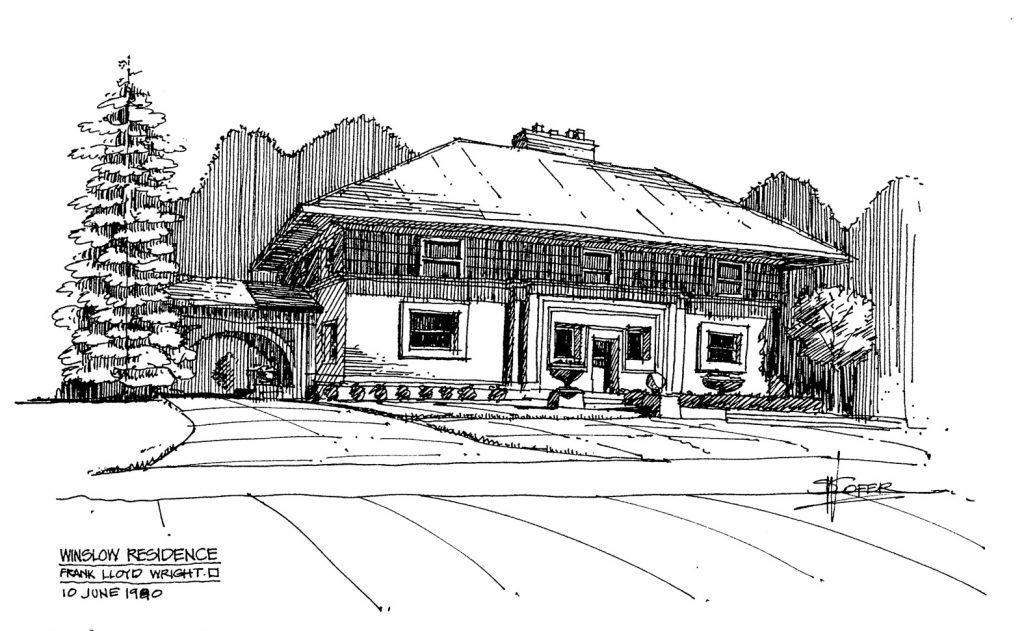