The building Willis in 51 Lime Street, is a large office tower in London built in the main business district, “the City of London.”

Designed by architect Norman Foster & Partners, is the fourth tallest building in the city after the Tower 42, 30 St Mary Ax and Citypoint.

At present there are 10 office buildings in London of over 100 m in height.

The largest number of offices belonging to the Willis Group, a company’s risk management and insurance.

The building has a “reinforce” the design, which originally was intended to resemble the shell of a crustacean, specifically the interlacing of the carapace of a prawn, with setbacks in the increase of 97 and 68 meters.

It has been redesigned in a more modest taking into account the needs of customers.

The buildings form a passage between Lime Street and access to Lloyd’s, and Fenchurch Avenue, diagonally across the site.

The design is conceived as a series of overlapping curved planes.

The tower is reduced in width and height, in curls to the east up to six storeys at its lowest point.

The lower podium of the building will incorporate a central atrium and a rooftop terrace and a flag.

In the two-story underground water tanks exist for Rewarehousing rainwater.

In the outer coating reducing the glazed surface is part of the strategy.

In the face north and south elevations have a sawtooth profile, with a portion of the tooth solid, the other glass. This not only gives the building its striking vertical emphasis on these elevations, but also helps in the shade and with the strong hand to help clean up the sector to more than 100 feet above street level.

Although the building is mostly office space, some plants are also earmarked for retail business.

The building will also create a level street in a public square with shops, bars and restaurants.

In its construction were used nuclear concrete and steel.
For the steel frame of the building was used “Lancashire column” with a height of two floors of which joined the tubes that formed the perimeter, which once set were filled with concrete.

To reduce the use of air conditioning, the building was designed as a study in shading devices, in response to questions from solar gain.

Foster and Partners also introduced six plants with a “Green Wall” on the northern facade to promote biodiversity on the site.

For the compounds were used concrete floor covered with metal pre-cut.

The building is encapsulated panels with a coating material called Nevo “Enviro Wrap”, a system of plastic art.

Laminated glass in the east and west facades of the tower.

Stick SSG aluminum framing system in the terraced levels of 16-23.

Solid nerves of stainless steel in the finished coatings. 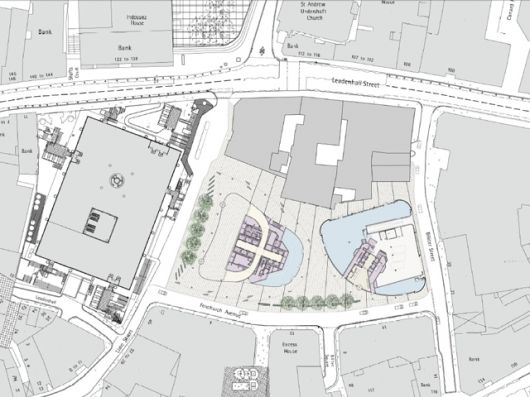 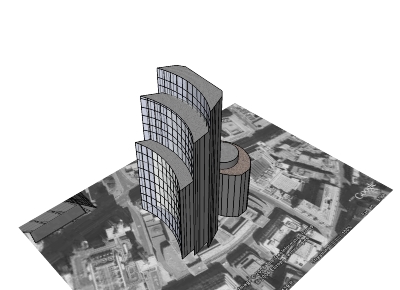 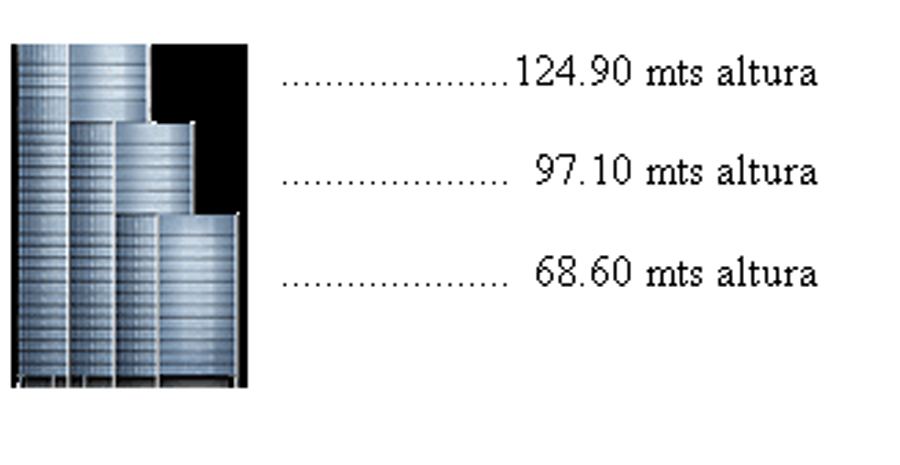 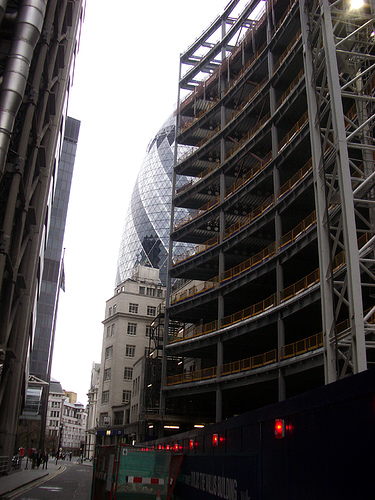 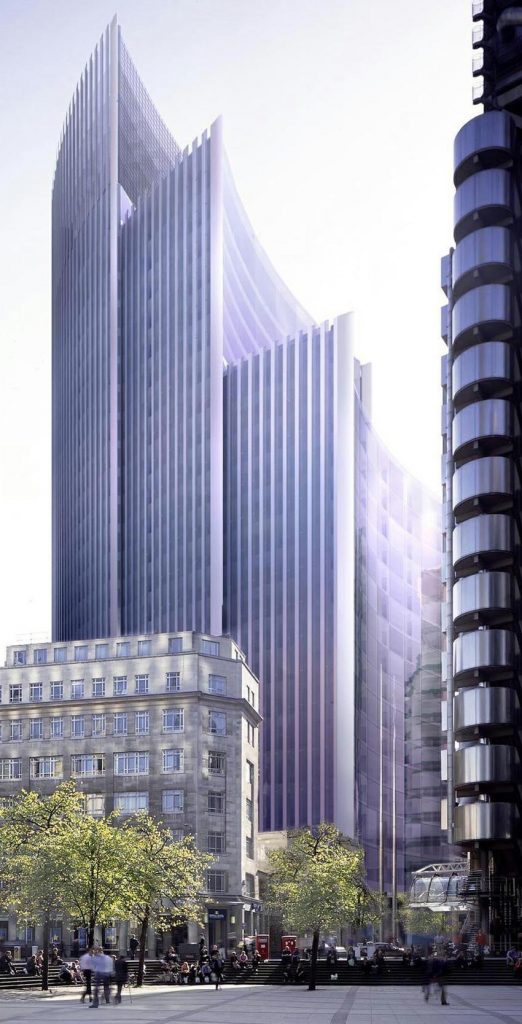 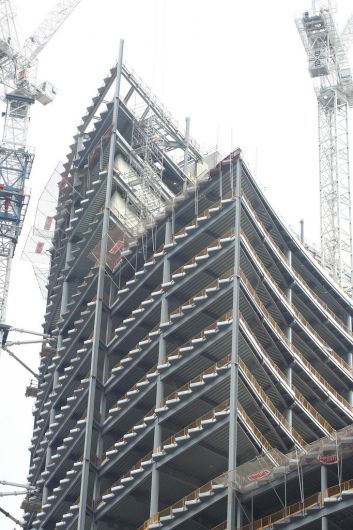 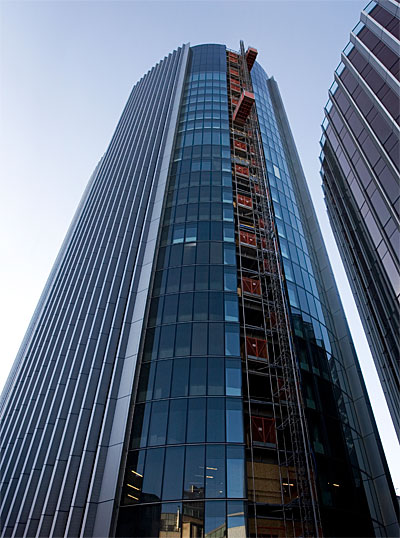 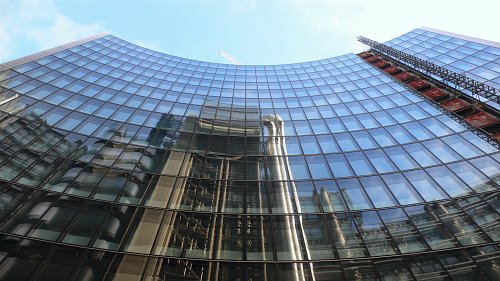 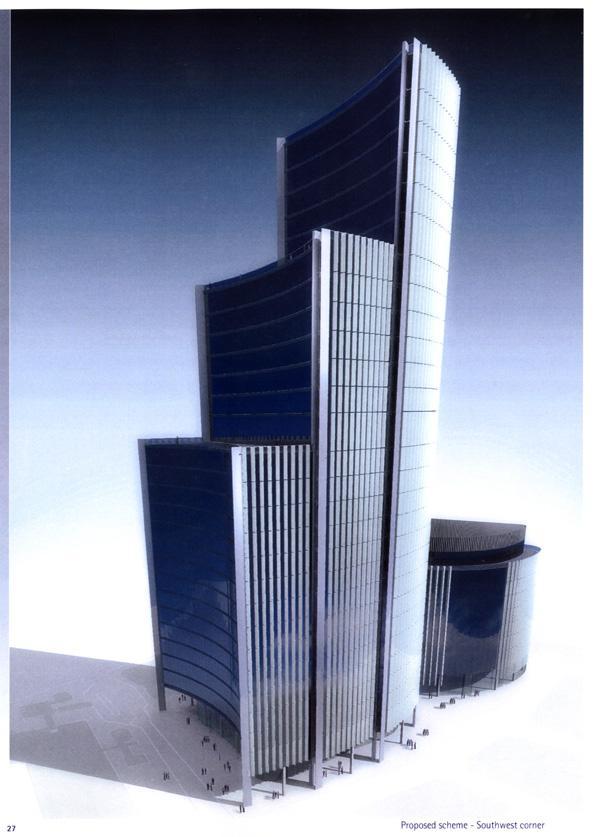 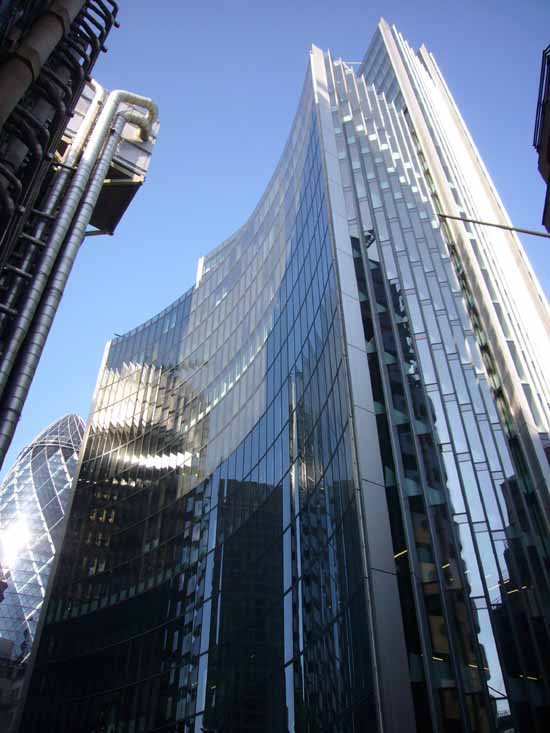 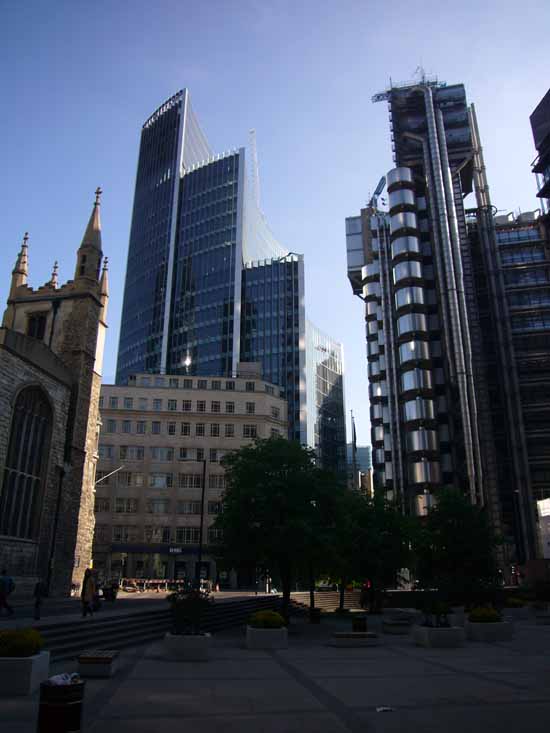