The building named “Danube Flower”, destined to become a landmark of Belgrade, was built in 1973 opposite the river. It used to house an exclusive restaurant which was a segment of a larger recreational area accessible to the public.

The project was sponsored by the communist government of the time and approved by President JBTito, who was the first guest of the restaurant on November 22,1973. It was a place frequented by celebrities until its decline in the 90s and its final closure which coincided with the start of the civil war in the country. The building remained inoperative for 15 years, a situation that contributed to a considerable deterioration.

The building is located in Tadeusa Koscuska, near the confluence of the Sava and the Danube river in Belgrade, Serbia.

Two architectural firms, based in Belgrade 4of7 and London Superfusionlab came together to rehabilitate the building and create a fitness center high performance, a center that promotes a healthy lifestyle and active.

Their design is the sequence of subdivision and geometric transformations applied to the original grid. As a result, approximately 390 backlit panels with the finite variation in shape and size and triangular steel frames are suspended from the original construction of the roof. The architects thought that the existing structure of the seventies was outstanding and decided to focus on the ceiling to get new looks and reorganize the space.

In conjunction with the department of ” client organization “, already known for his fitness and high-end spa in the center of the city, the architects made ​​a project to promote active lifestyles : “… We have defined the Sky Wellness concept suggesting that the place should be light and spacious so that visitors can get a sense of arrival into a cloud… “.

Originally the building was planned on the grid of 7.3m equilateral triangles which defined its organizational and structural regularity, but with slightly different because it was looking for a change, the defining point of the new spatial expression is the roof design.

In the rear of the building, overlooking the city, are organized symmetrically with each other, the costumes of knights and ladies locker rooms. To the left and right of the locker rooms are aerobics. The purpose of the distribution is to implement the arrangement in accordance with both the desired level of privacy for each space or certain program parameters.

The spa also has a massage room, whirlpool room, sauna and a small cafe.

The interior design, both on the surface of the reflective resin floor finish such as Barrisol stretch ceiling semi – transparent, are intended to draw attention to the spaces and sleek lines with triangular shapes of different sizes and geometric transformations that form the roof design basis.

In many ways the building is particular but above all for its synthesis between architectural and structural reasoning. The main volume of the building, triangular in plan, stands 15 meters above the river and the pedestrian promenade floor. It is supported only in the core which contains two elevator shafts and a double spiral staircase. The overhangs with approximately 12m in length, give the building a sense of levitation. The whole building is based on equilateral triangles of side 7.3 m.

Continuous surface surrounding glass facades improves continuity between the inside and the outside, becoming one of the most important architectural solutions resulting from the lack of contact between the roof structure and the floor slab. The concrete floor slab and ceiling shell are not connected at the perimeter of the building, allowing the continuity of the glass facade in its entirety, uninterrupted glass strip, with a total length of 150m, which wraps around the building, leading to a constant presence of the Danube in the interior spaces.

The building of reinforced concrete and steel has the entire front of its perimeter covered by a 150m long glass.

In recovering the building the architects used for the roof of 390 fitness and translucent triangular panels backlit Barrisol, suspended from the roof steel structure, achieving through a reflective resin floor light emanating within and outside the enclosure. 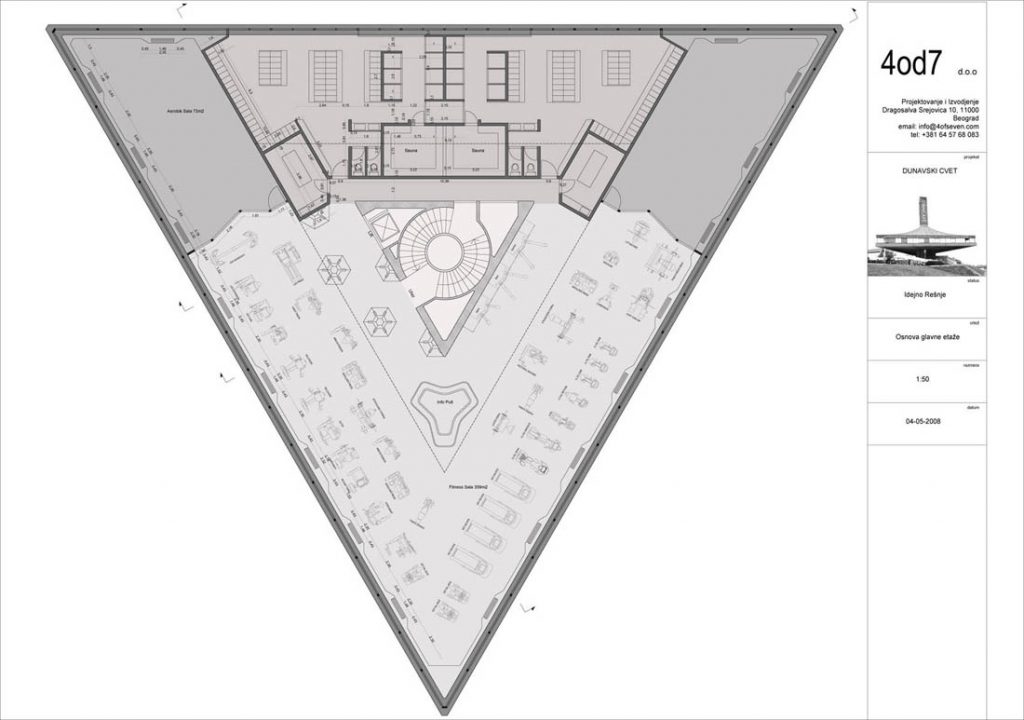 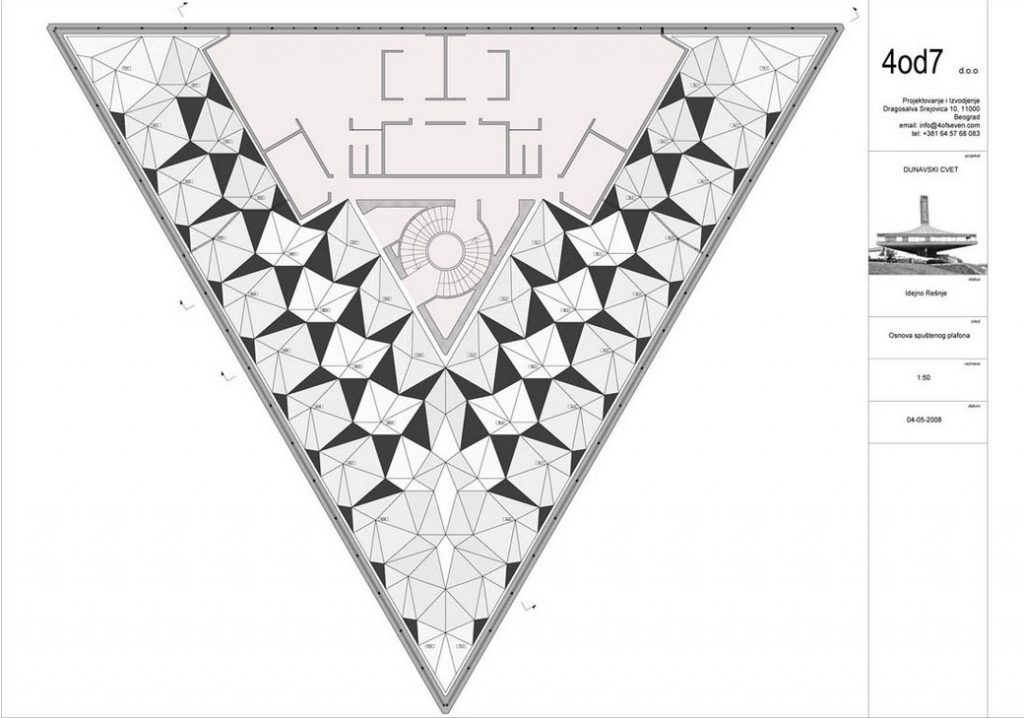 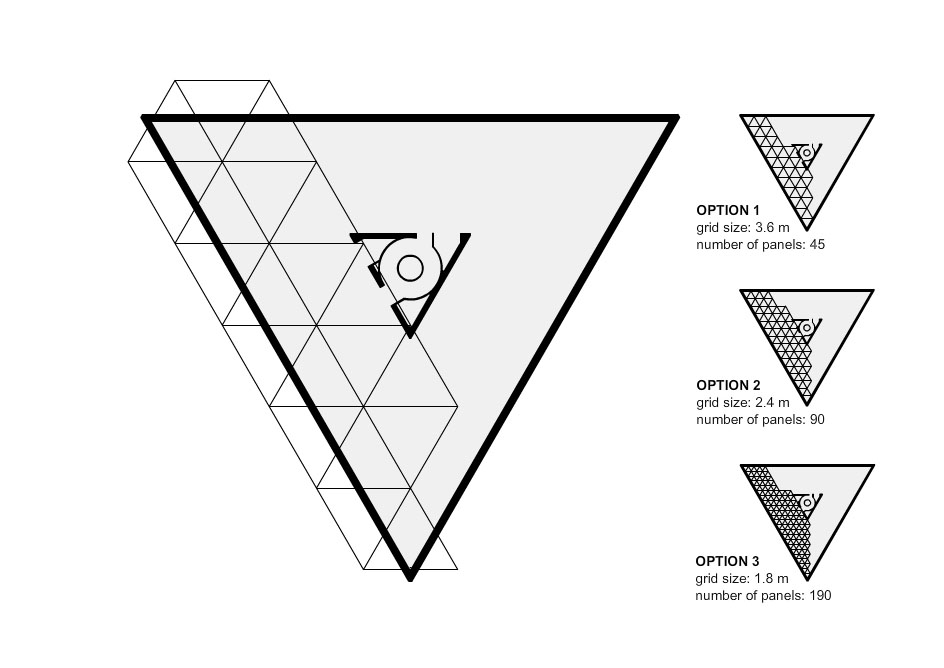 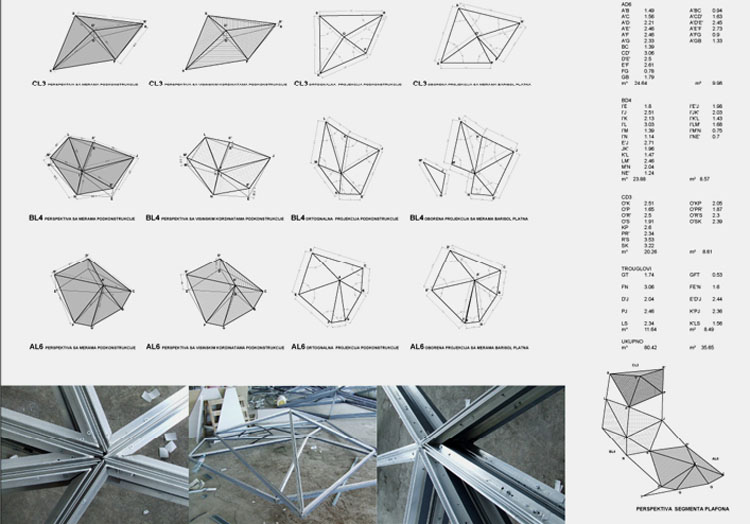 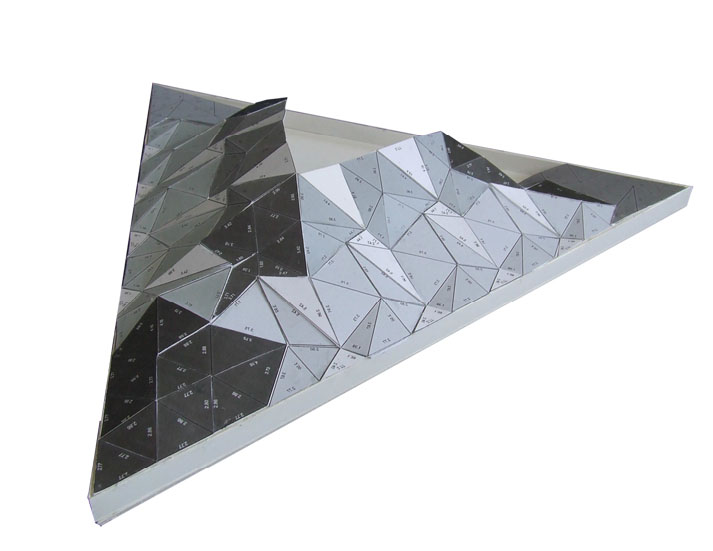 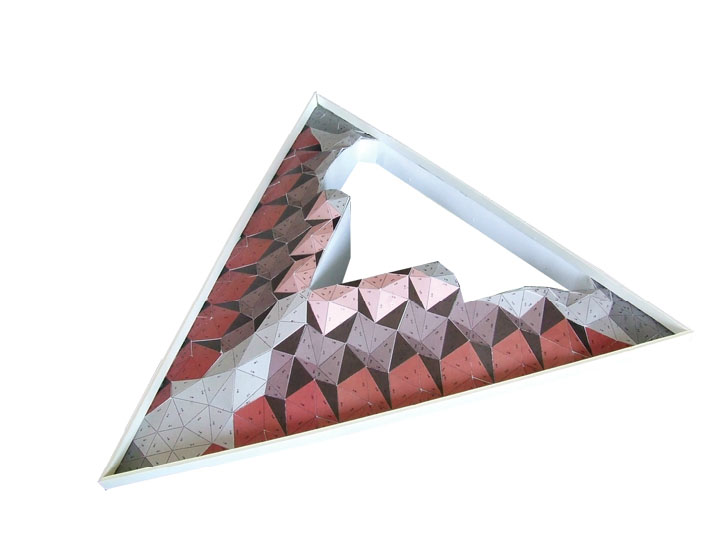 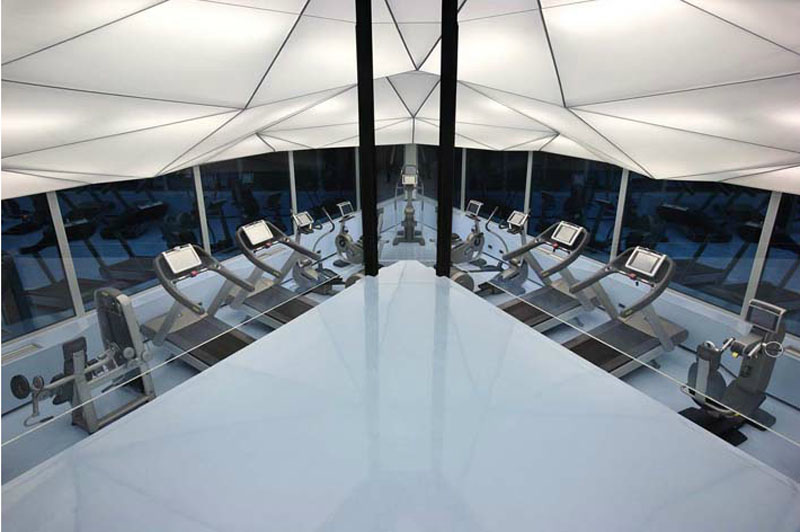 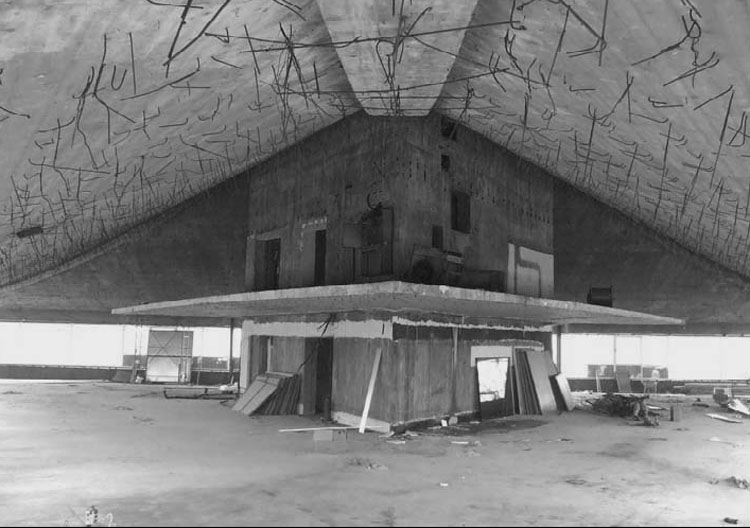 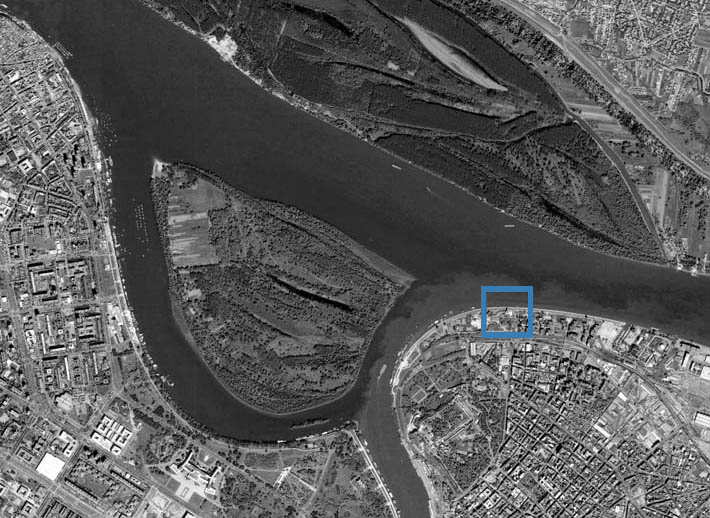 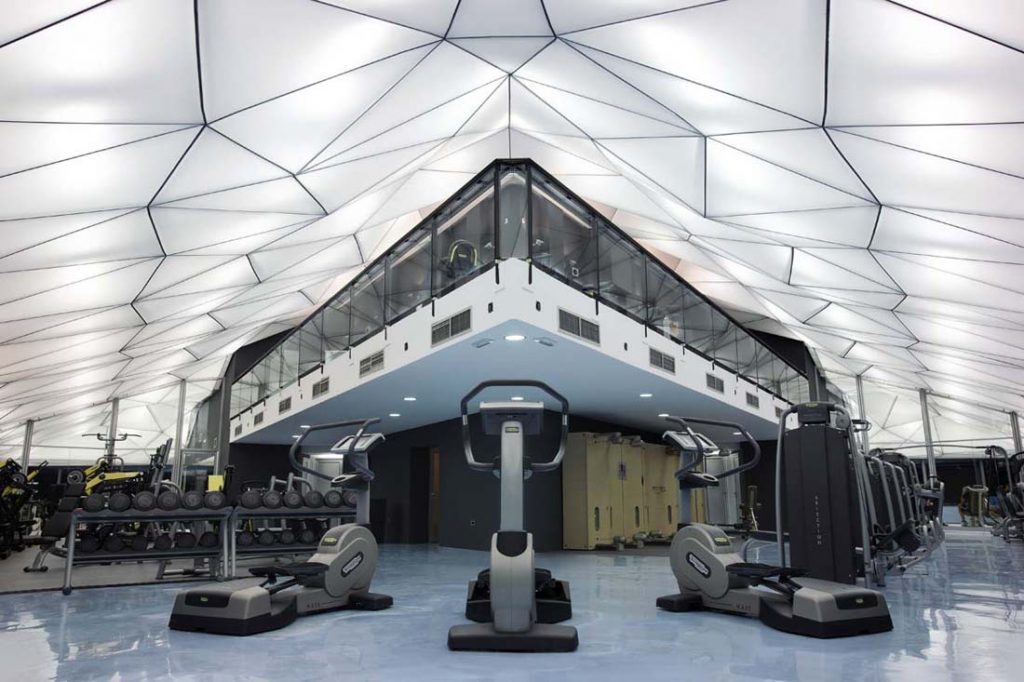 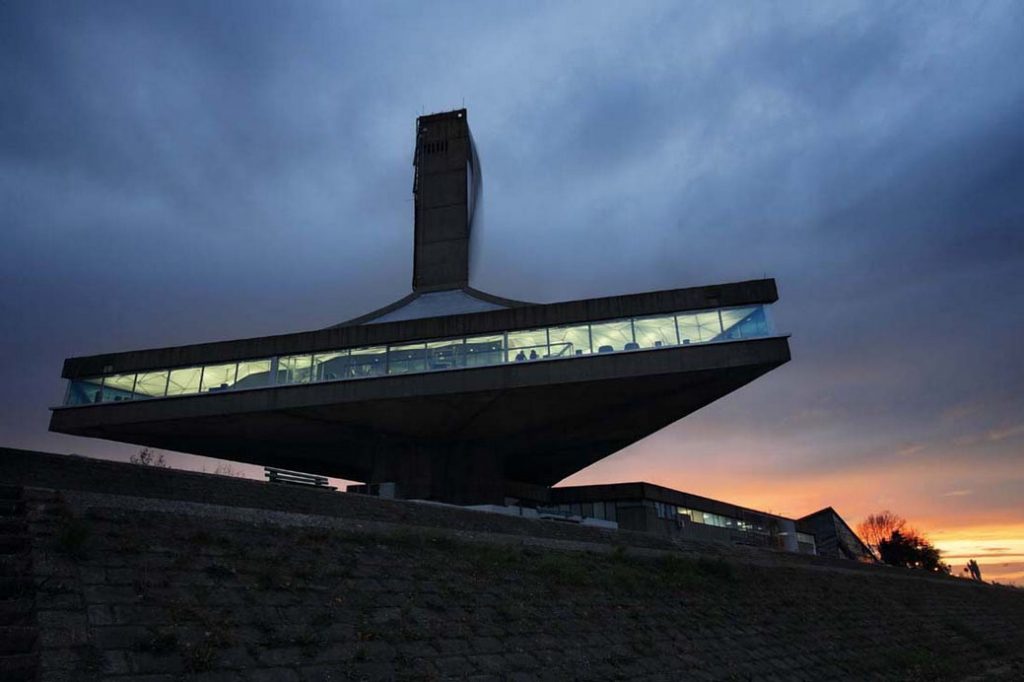 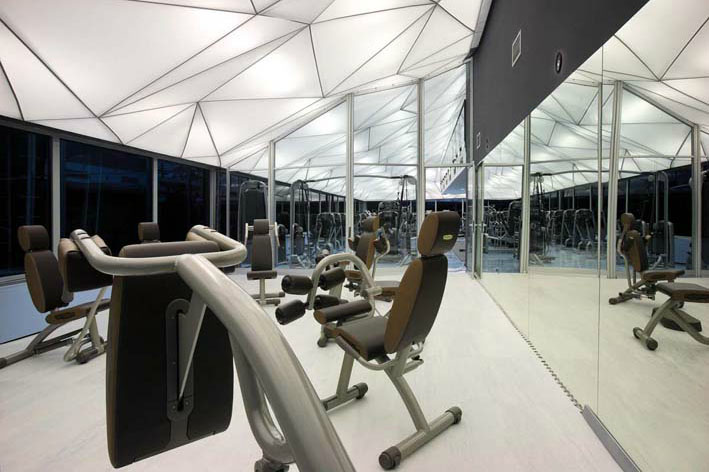 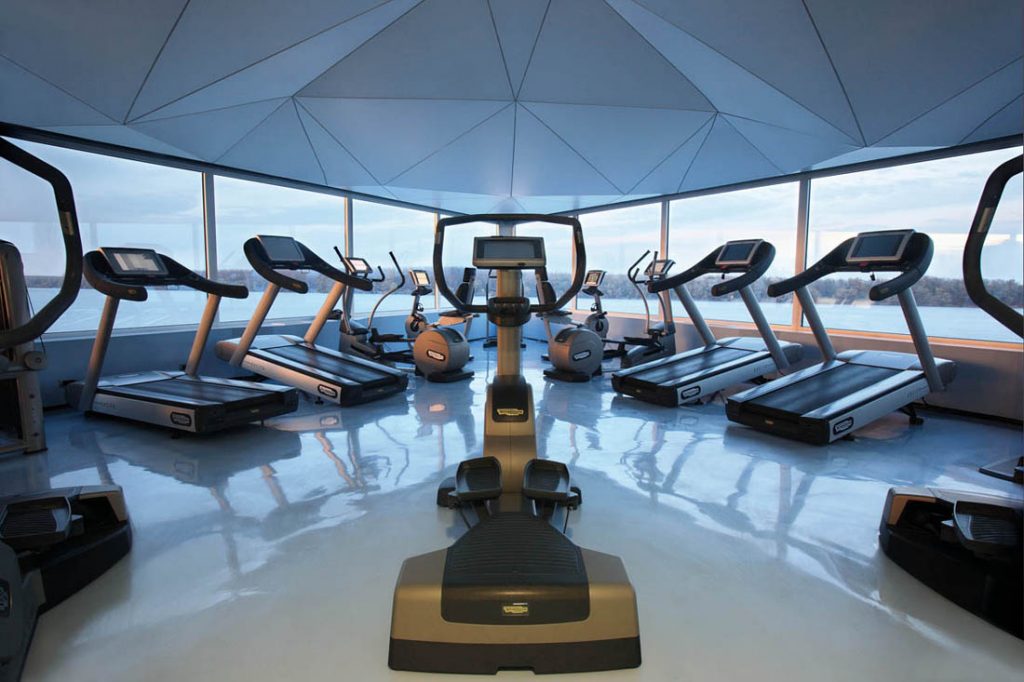 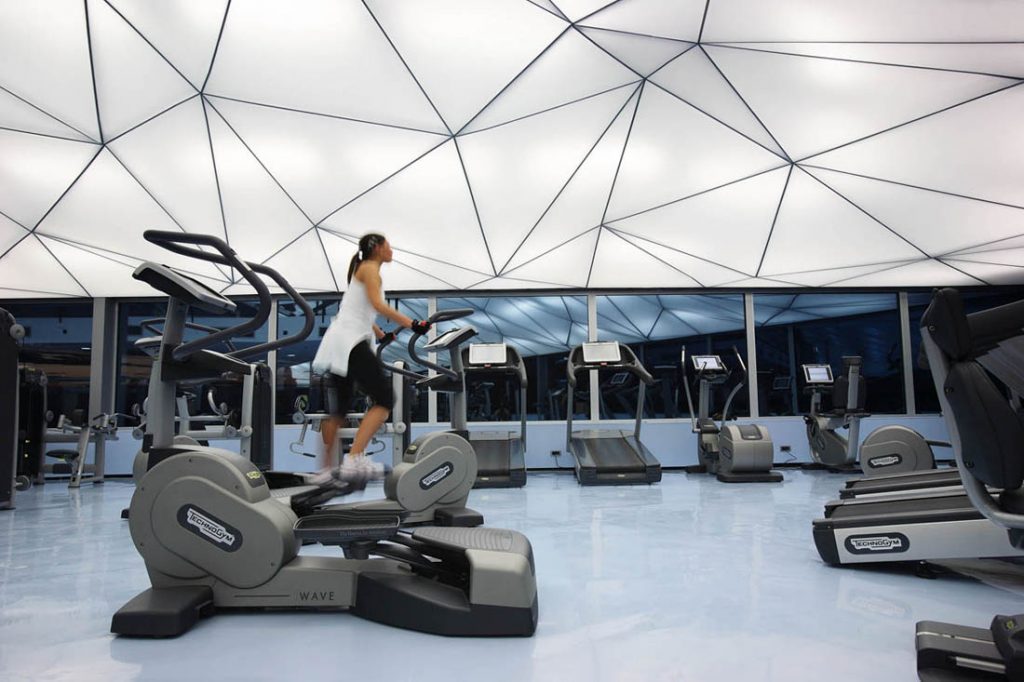 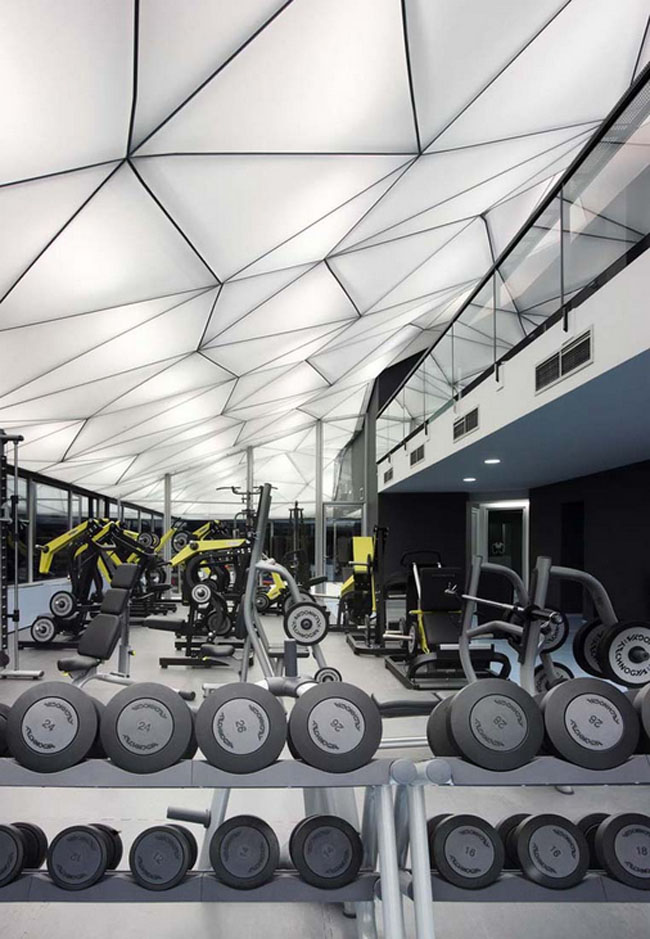 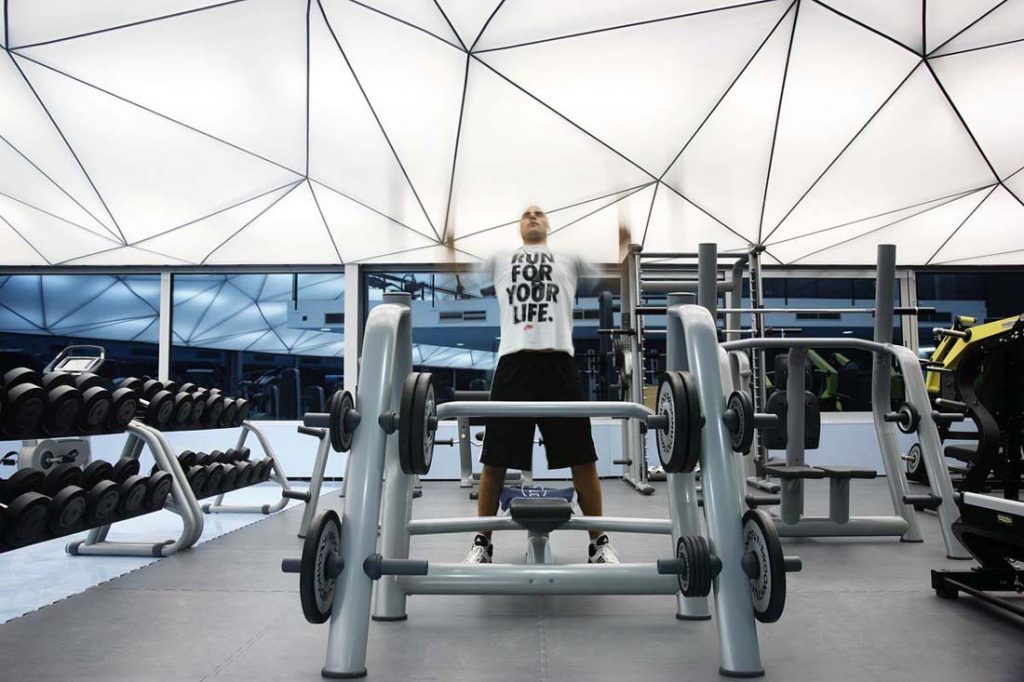 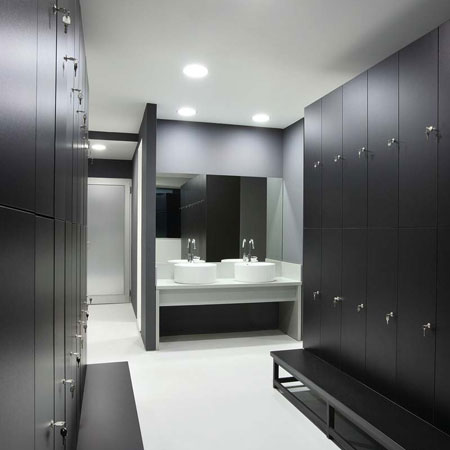