The house is isolated in a forest about two hours drive from Tokyo. This is a small weekend house that the architect built for himself with the addition that can be used as an exhibition of works of the daughter who is an artist.

Although the house is in a flat that is surrounded by a lush forest of tall trees.

This project aims to make the architect’s house is integrated with their environment as much as possible but such integration should not be understood from the outside but from within.

The house has three courtyards that open to the outside by the front cover and for which in turn harbor some level of vegetation. When the courtyards are open visual transition between the house and the exterior is almost imperceptible and in the same direction that we see so much vegetation in the inner courtyards of the forests that surround the house.

In addition, the house is built under a extructura square formed by 36 wooden pillars that because of the divisions almost no interior space recall the vision of the interior of a forest of tall trees such as the around the house.

The interior space is divided and distributed mainly through the provision d Elos different courtyards. The empty space on the patio becomes a way of “material” without the need to use virtually any other component or dividing wall. Some curtains ensure privacy when and where needed.

The grid structure is relatively small, 2.4 x 2.4 m, which allows a prefabricated building dimensions and easily manipulated transport. Both the walls and roof were built in the workshop and assembled on site.

The perimeter wall is calculated to withstand the horizontal forces, while the wooden pillars 8 x 8cm at the intersections of the grid of 2.4 x 2.4 m vertical loads transmitted.

The high resistance of various roof and wall panels as well as the small size of the grid structure makes all the componentens of all may be smaller and lighter than usualemnte used in the construction of wood. 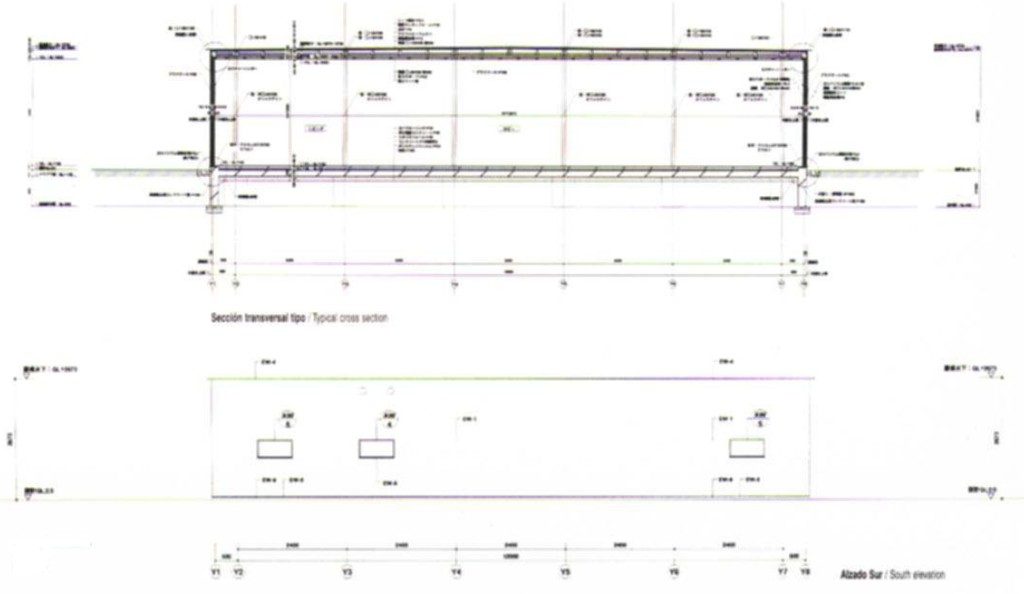 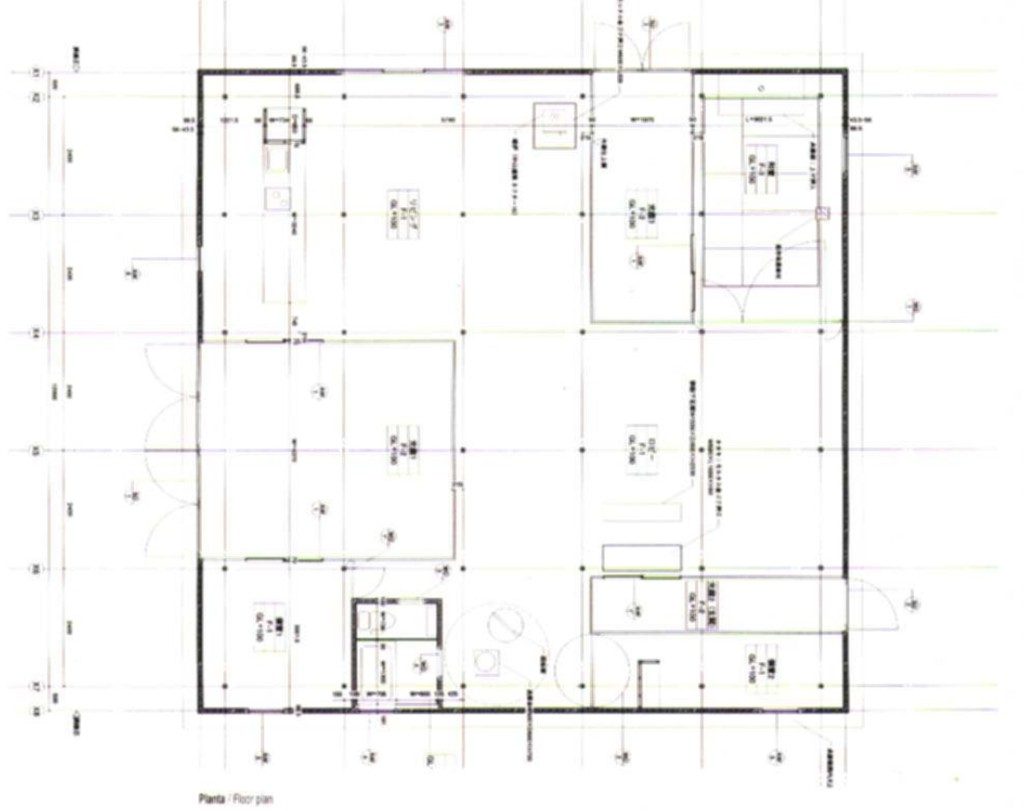 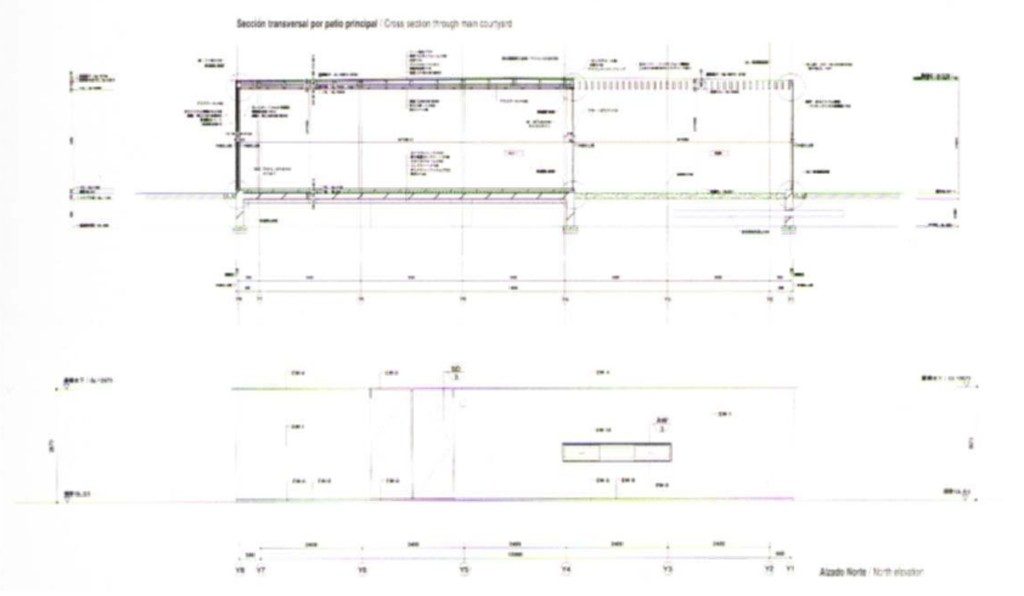 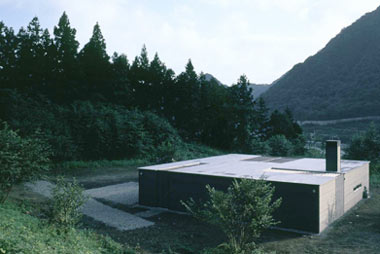 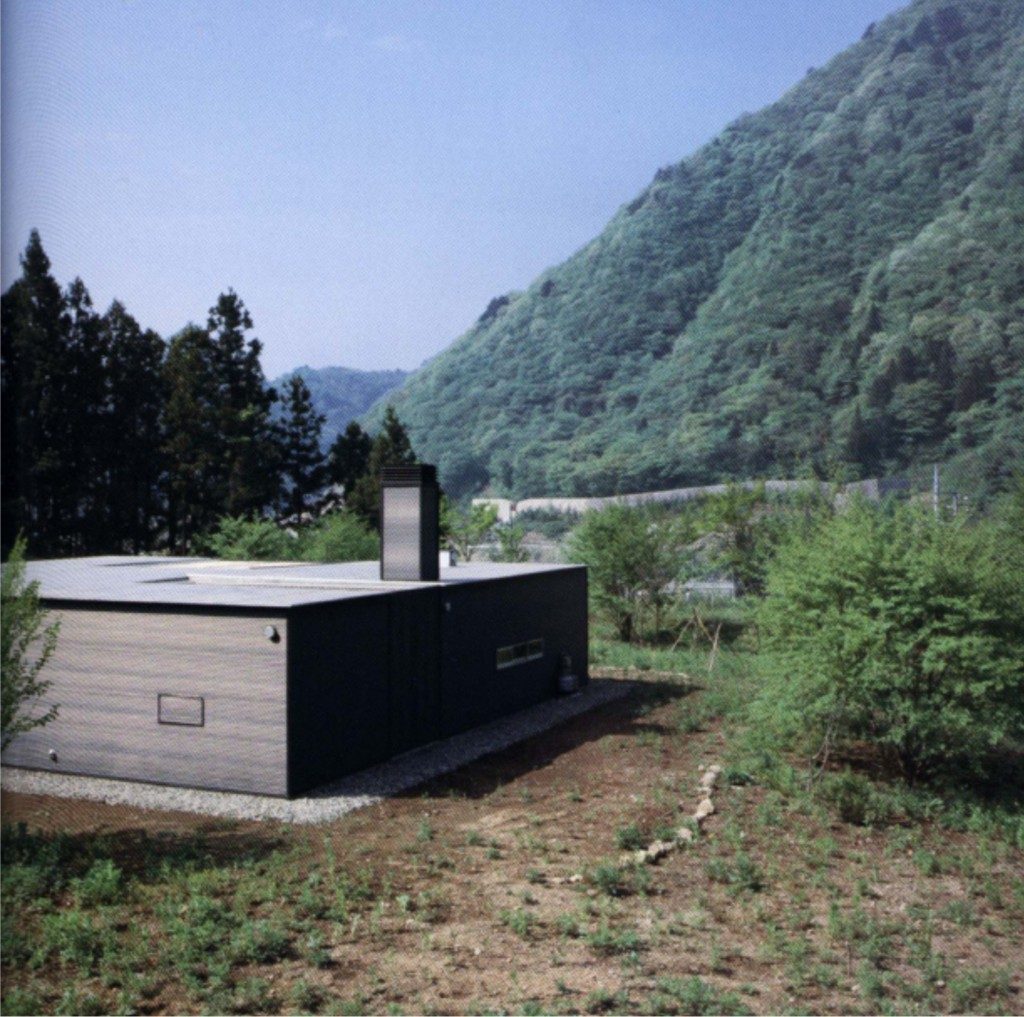 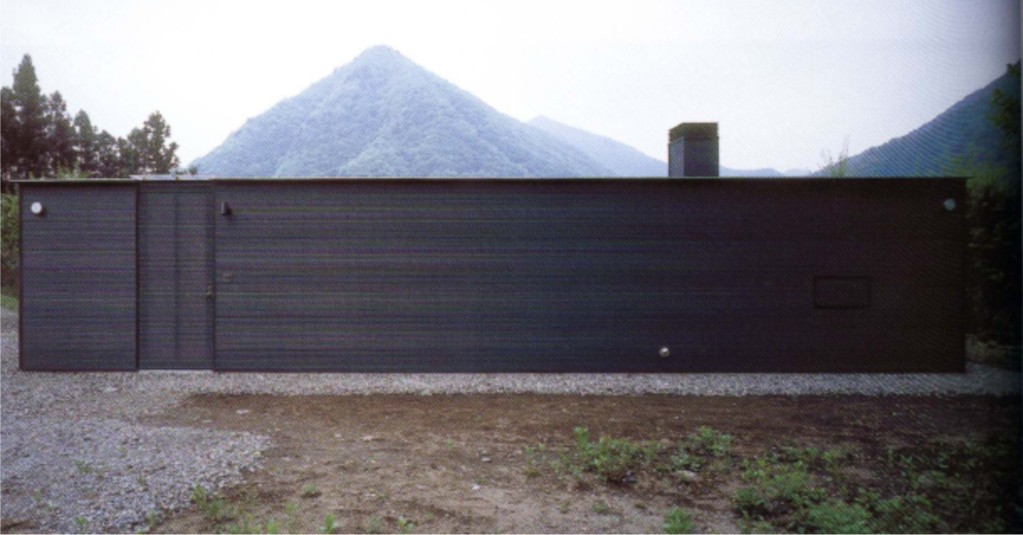 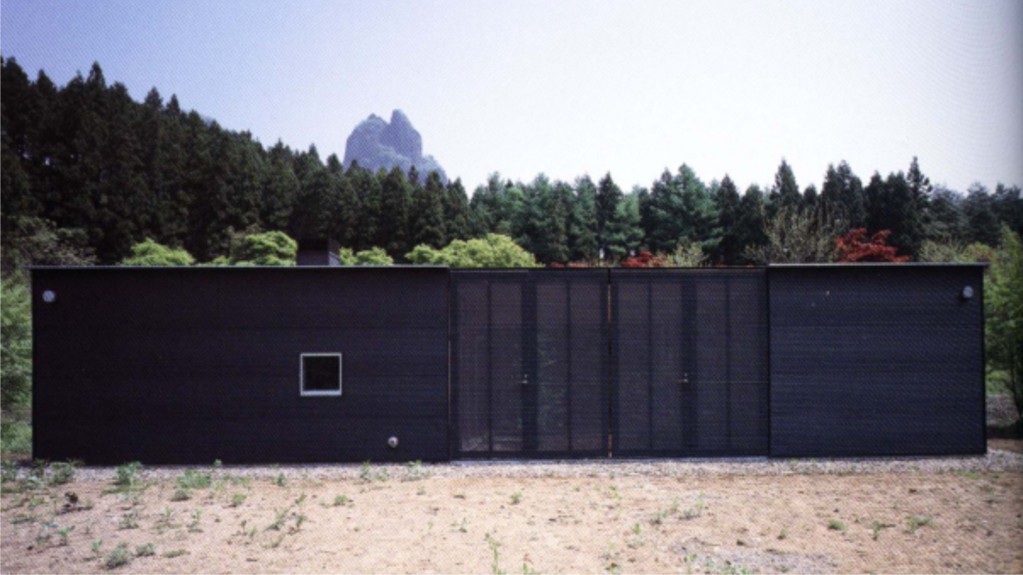 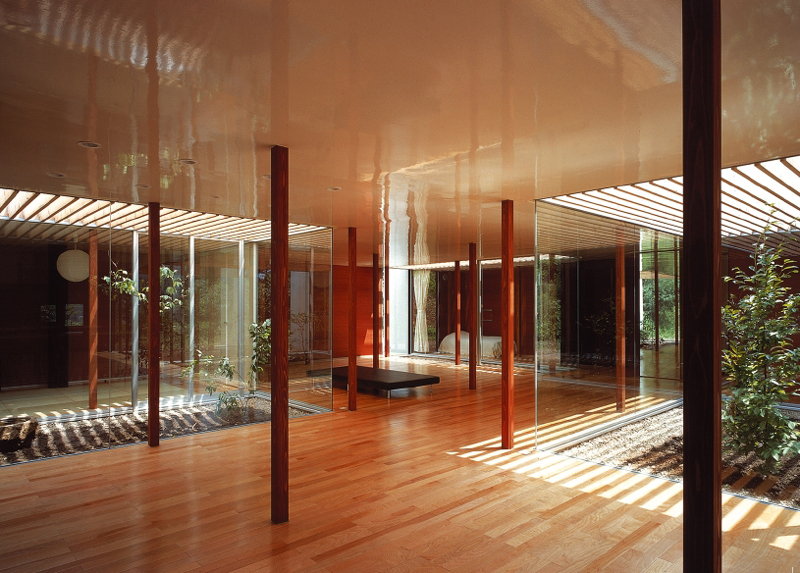 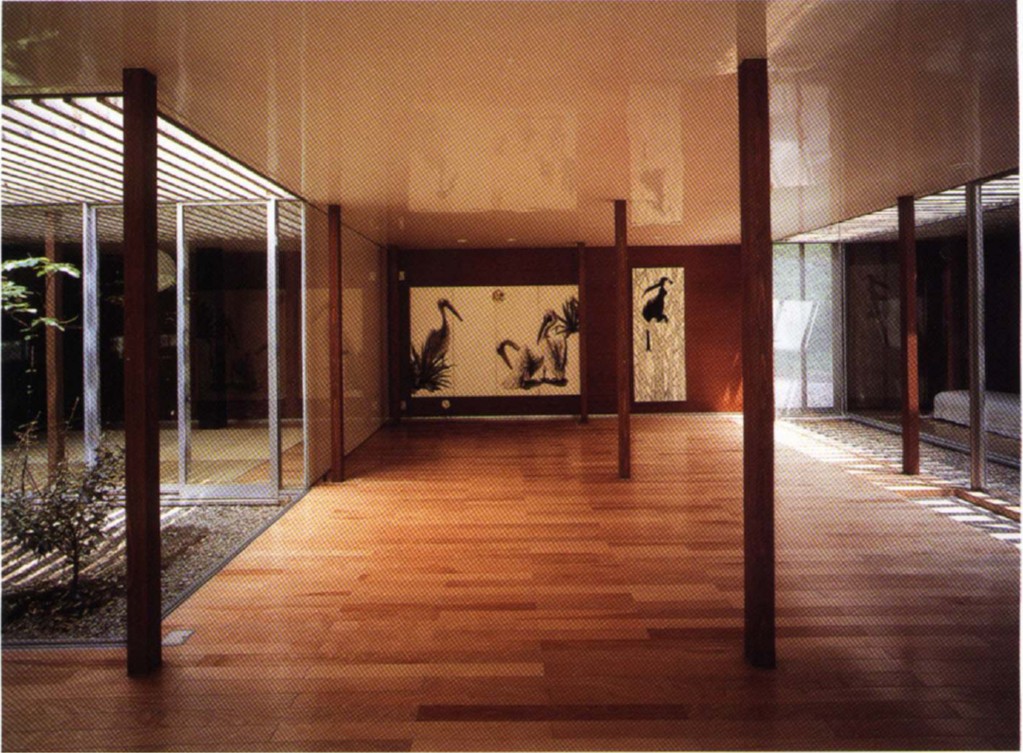 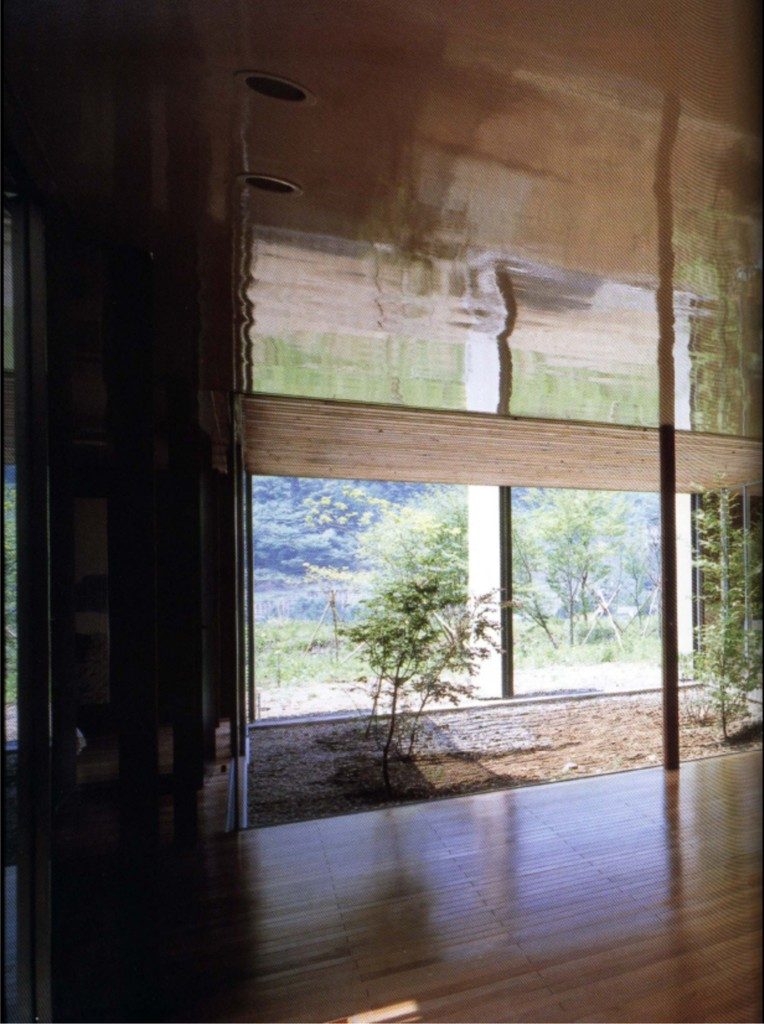 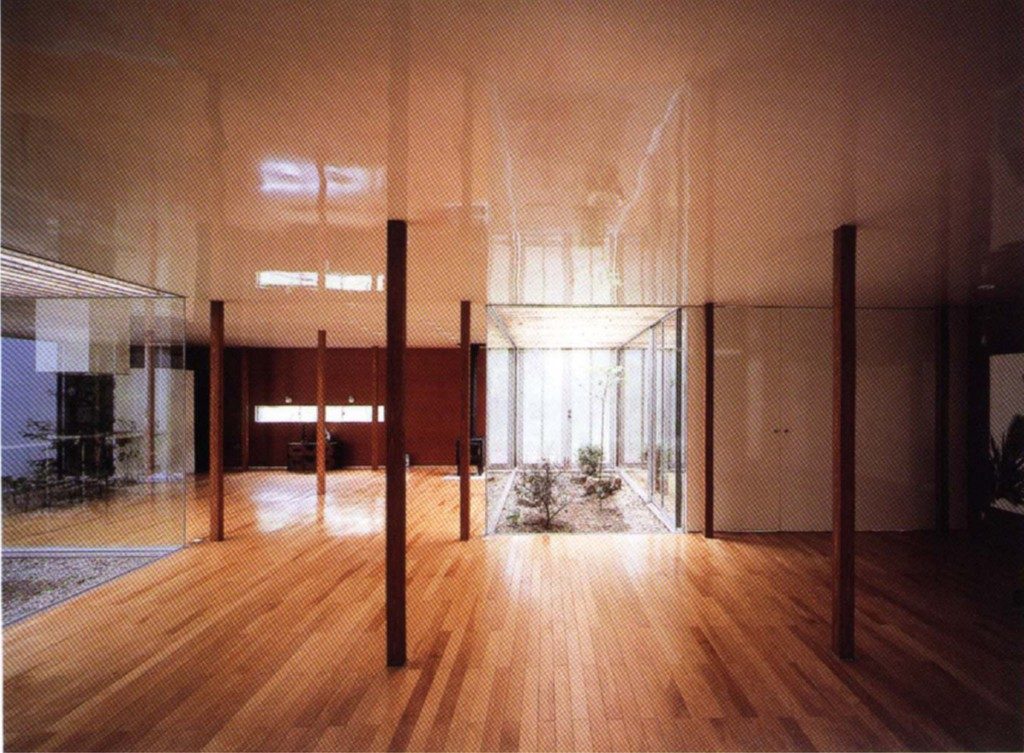 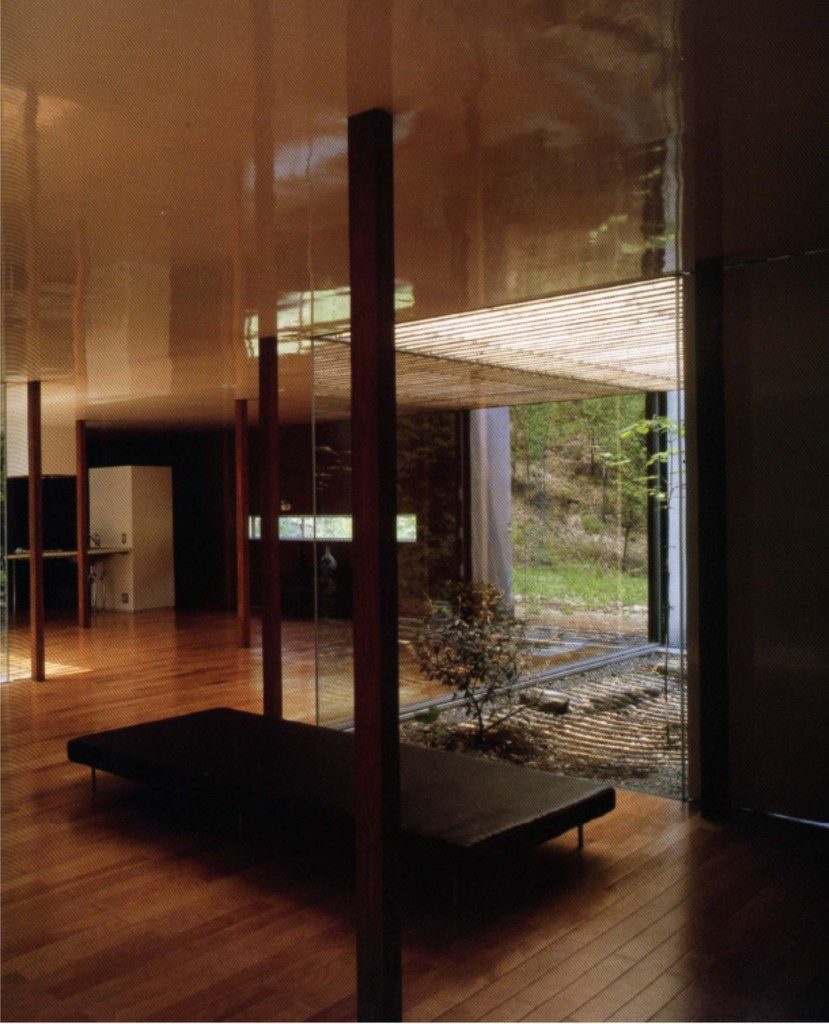 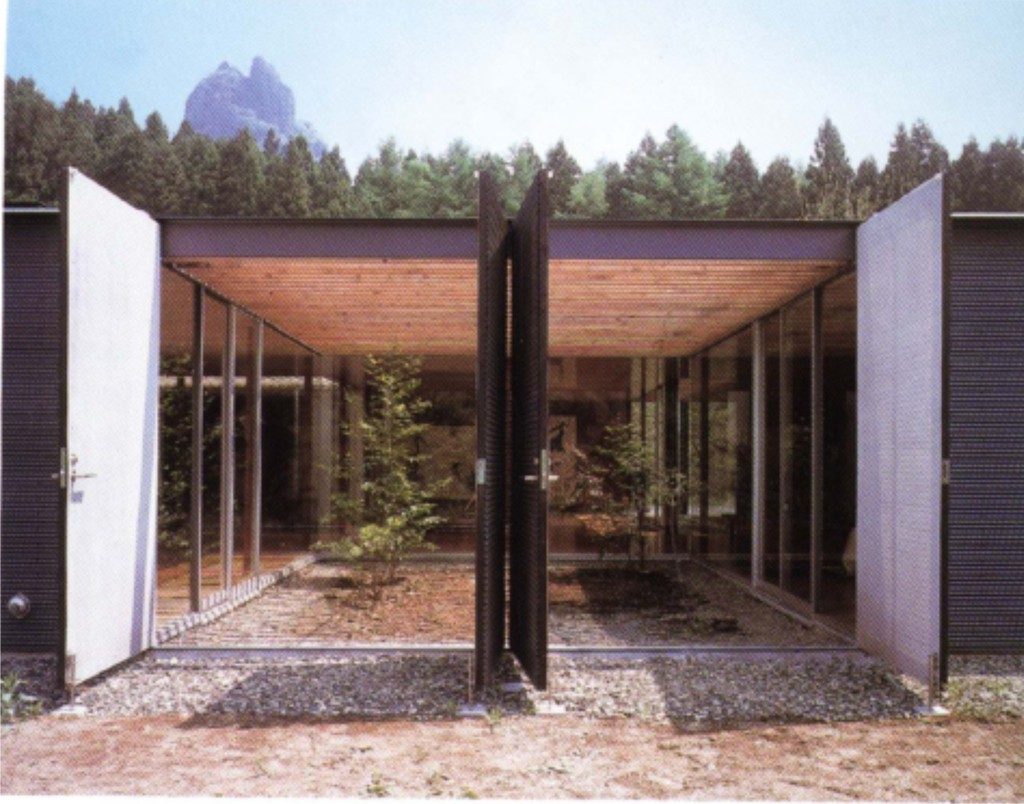 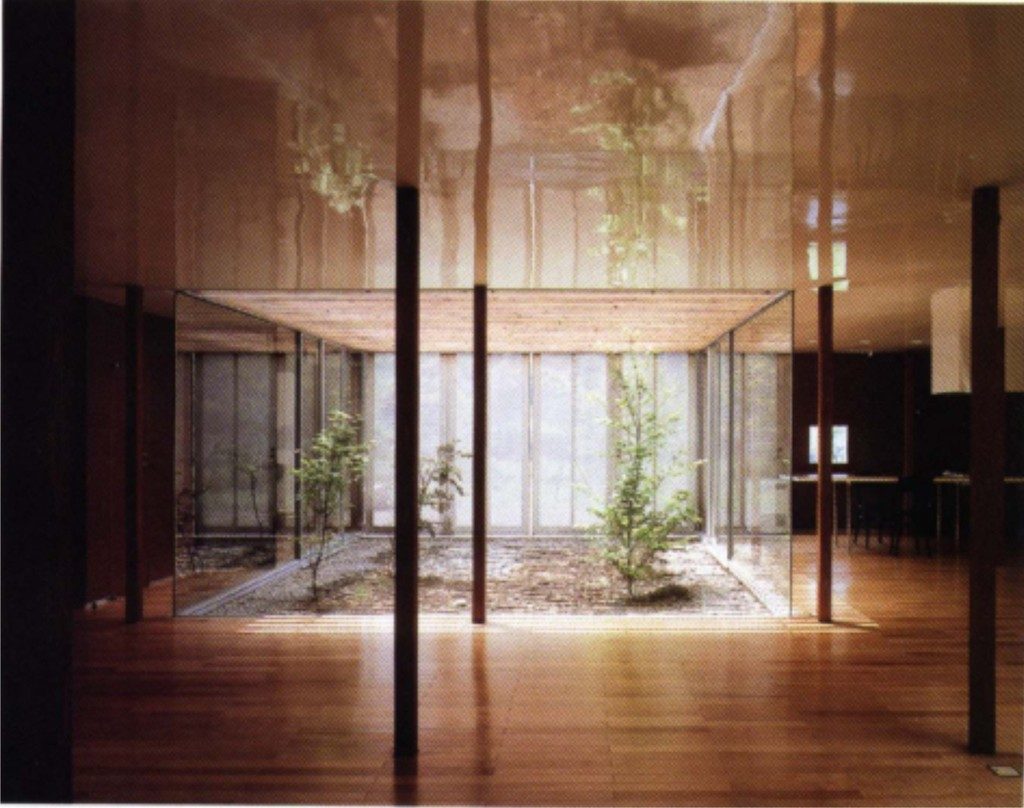