The Water Temple is the residence of Ninnaji Shingon, the oldest sect of Tantric Buddhism in Japan, founded in 815.
Few projects of Tadao Ando are better than this work; the architect’s contribution to the culture of their country. More than just a building, it is a sensory experience that represents a radical change in the Millenary tradition of building temples in Japan.

By the way, materials and sequence of spaces, the Temple Water is far from the wooden structures of the classic Buddhist temples but it seems to them by their Mystical quality of space. Among the bamboo forests, mountains, fields of rice and is, the hardening appears as a lake of lotus flowers, enclosed in a thin oval of concrete structure protected by cement barriers smooth.
In its forms are strong Symbolism, some of them are hidden but also shows clearly, and belong to the Buddhist doctrine and the oldest Japanese philosophical tradition.
The same lotus, a symbol of Heaven, represents the emergence of Amida Buddha, which according to popular belief carries a message of heavenly paradise.

Respecting the particular dogmatic and their symbols founding Ando creates a new work and syncretic: the contribution given by the West is material and technique; the eastern entrance to the oil-for-seems natural factors. The wind, light and water are not merely “mentioned” in this construction, but constitute a true “experience” in the body of the visitor.

The sensory experience, designed by Ando, begins when one approaches the tempering, among the bushes and trees and see the polished surface of cement barriers that protect the lake and a long trail of white gravel, which initiated the procession purification before entering the sacred place

The arrival at the temper is a labyrinth structure as it is necessary to pass through openings along walls to reach the heart of the building.
It is a long wall of concrete 3 meters tall with a single vain. Eleven crossover offers another wall, this time Curves, bordered by a white gravel road. Behind it is discovered an oval pond with lotus, that is surprisingly the roof of the tempering, which is partly located underground thereby to enter the shrine has to be down a stairway that cuts in two pond.
Much more than simply reverse the traditional route of ascent to the temper, used here to Ando number of different architectural spaces, designed as a succession of places of initiation. The feeling you have when walking among the lotus flower is about being in a place that transcends everyday life, where the harmony of nature and architecture with the reverberatory placid mirror of water to induce meditation and asceticism.

After the close down stairs, between the cement walls typical of the work of Ando, one arrives at last sacred space where concrete though a network along wooden Lattice designed to 17.4 square meters of hand in a circle of 18 meters in diameter, which houses a statue of Buddha., behind which lies the only natural light..
Access to the shrine is not immediate, there is still a game of basic elements of geometry that creates a path that leads gradually and continuously surprises to the Place of Worship.
Ando has moved underground, the oval shape of the pool to translate it into the sacred Precincts, inside it has organized various spaces, has split into two with the long staircase and so has half devoted to the shrine and the other Half of the rooms.

Use concrete, which functions as a leitmotif of aesthetics, demonstrating the extraordinary power of cultural synthesis of Ando as the constructive material of the temples are Buddhist, most of the wood. 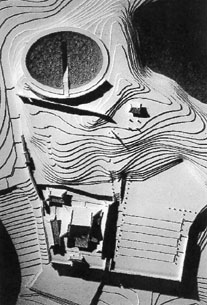 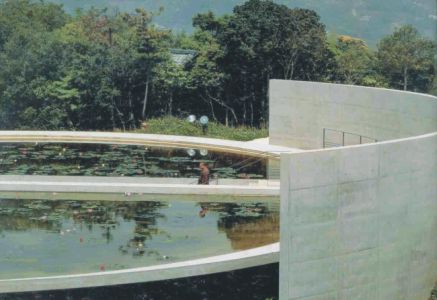 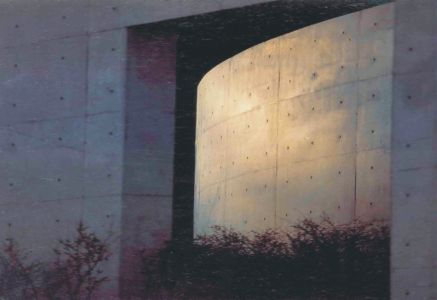 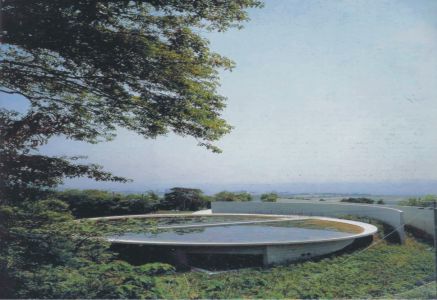 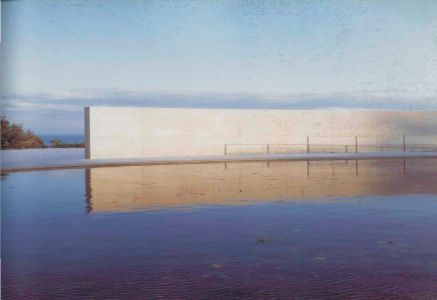 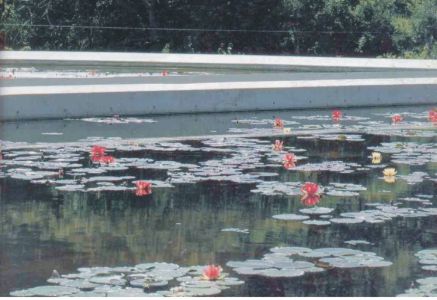 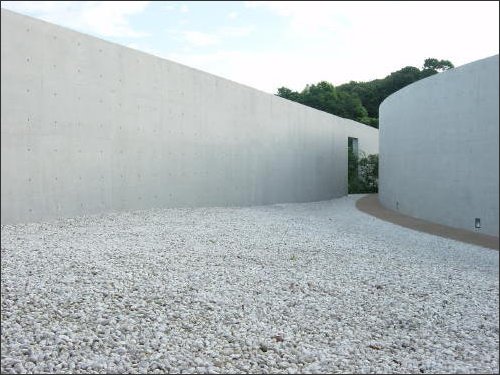 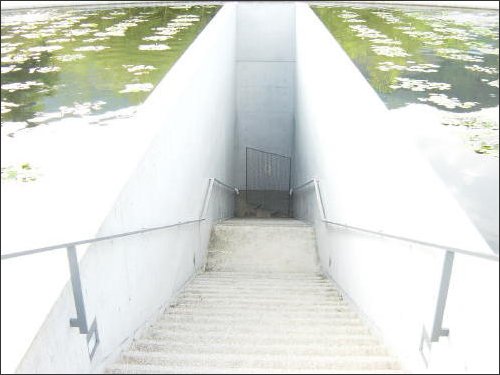 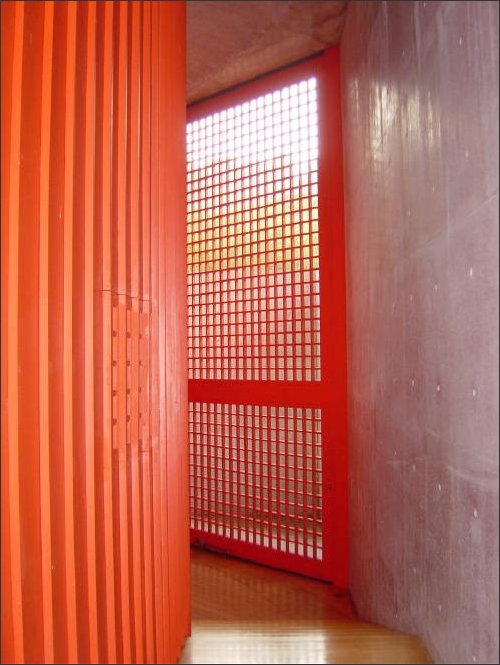 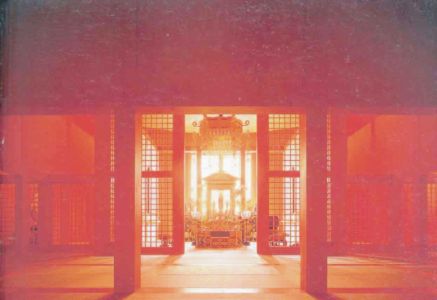