Wall House 2, also known as A. E. Bye House, since it was initially designed between 1971-73 for landscape architect Arthur Edward Bye was to be built in Ridgefield, Connecticut, United States. It is the second in a series of projects that architect John Hejduk began in the mid-1960s to explore what he called the “first principles” of architecture.

But it was not until 2001 in Gröningen and thanks to the Blue Moon architecture festival that Thomas Muller / van Raimann Architekten and Otonomo Architecten studios would build it. Another of Hejduk’s works in Gröningen was built along the A7 motorway, The Tower of Letters, made as part of the city’s ninth anniversary celebrations in 1990.

In 2004, a foundation called Stichting Wall House # 2 acquired the building, with the task of providing a public and cultural function. In the summer of 2005, the house was opened to the public with four types of activities in the program: artist in residence, openness to the public, various events and knowledge development.

This visually and conceptually fascinating house only existed as a concept until in 2001  Gröningen city  in Holland decided to build it. Unfortunately it was not completed until after the death of John Hejduk.

The house is located in an open land on the edge of a residential area Hoornse Meer, overlooking Lake Paterwoldsemeer and although it was not designed for this particular site, it does establish a dialogue with its surroundings.

In this project, Hejduk uses the wall to reinterpret the traditional configuration of a house: instead of presenting the different spaces enclosed within the perimeter walls, in the Wall House 2 the rooms and the circulation systems are physically isolated from each other.

The kitchen, dining room, bedroom and living room are stacked curvilinear volumes, vertically linked by an independent circular staircase and connected to a study by a long corridor.

The wall, which Hejduk establishes between the rooms and the circulation systems so that one has to go through it to move from one room to another, becomes a passing line, a limit. A palette of yellow, green, black, brown and gray reinforces the division of the function of each volume.

“… Life has to do with the walls; we continually enter and leave from one place to another through them; a wall is the fastest, the thinnest, the thing we always go through and that is why I see it as the present, the most superficial condition… ”John Hejduk

It was designed to place life in the context of time through a Wall that symbolizes the physical transition from the past to the future through the present, a transition between the back and the front, closed and open. The wall for Hejduk also represents the architectural separation between the different functions that its inhabitants perform, life on one side of the wall and work, on the other side.

It is a theoretical house, based on the idea of ​​the physical confrontation between space and time, elaborated with separate elements. It is a museological manifestation of an important architectural concept.

In the Wall House the traditional concept of a building is altered as a series of rooms within a closed volume, and the rooms and circulation systems are extracted from the attached volume and placed as an isolated circulation system.

The focal point of the design is a wall 14 meters high and 18.5 meters long. The organically shaped spaces that apparently hang from it house the bedroom on the first floor, the dining room on the second floor and the living room on the last floor. The entrance, the services, an interior bridge and an office are located on the other side of the wall.

On the other side of the wall in addition to the staircase that leads to the different floors, there are two spaces for the installations and a long corridor that leads to the study in an ameboid way, away from the main stack. The living spaces are curved, the facilities are geometric.

The wall with a thickness of 1.50m acts as a connector between the axes that form the house, the horizontal axis that ends in the study and the apparent support of the stacked elements of the vertical axis that make up the living spaces, although the wall only it serves as a guide because the elements are supported by a structural plot of columns. The wall does not manifest itself in the interior, but between them there is a narrow space visually perceptible and linked through a glazed structure.

Each functional component is isolated from all others, and all but one, the study, are stacked adjacent to the same wall. Therefore, the wall becomes both a dividing element, which must be passed when leaving or entering a room, as a unifying element.

The large walls that do not enclose the interior environments, but that mark their location in space are the main components of this system. It is mandatory to cross these walls to gain access to the circulation system. Hejduk insulates the wall to intensify its meaning.

In the construction techniques, colors in the walls and windows released, the work reminds Le Corbusier, although observing it in more detail an important Cubist influence can be seen, with separate elements, exposed and clarified in themselves.

A reinforced concrete structure was used for the dividing wall and the columns. The corridor was built with a steel frame, wooden walls and a stucco exterior.

The wall that due to Hejduk‘s careful design seems to be independent joins the volumes through a glass connection.

by Dage – Looking For Europe 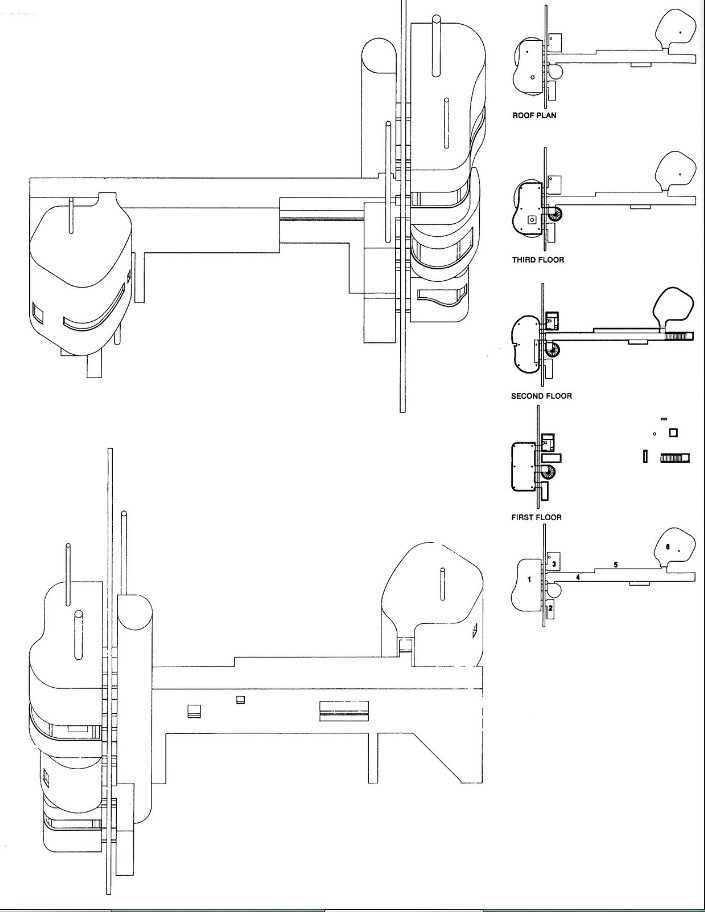 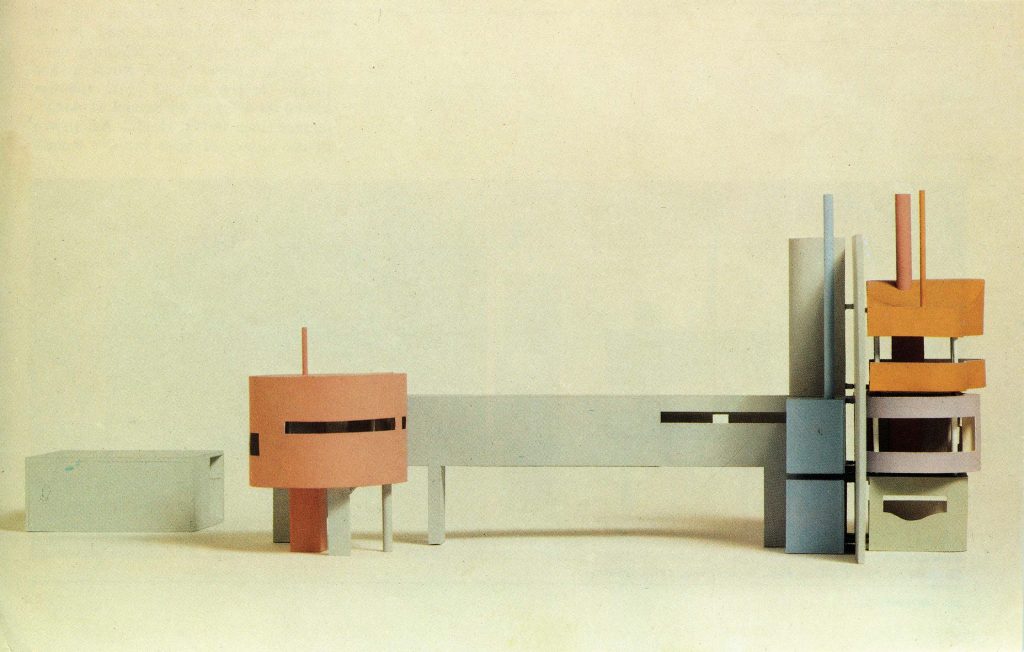 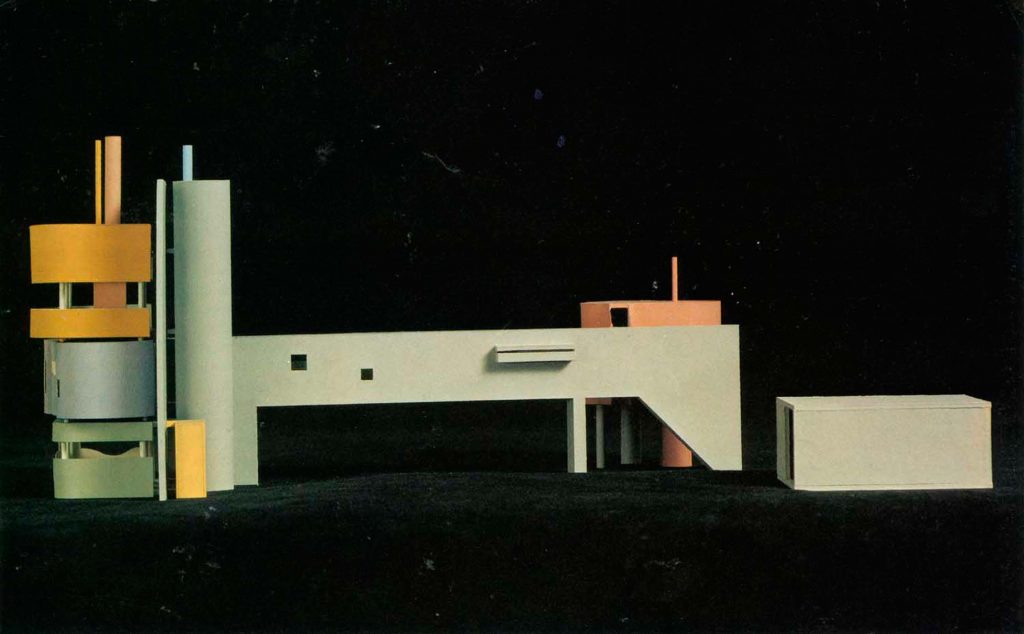 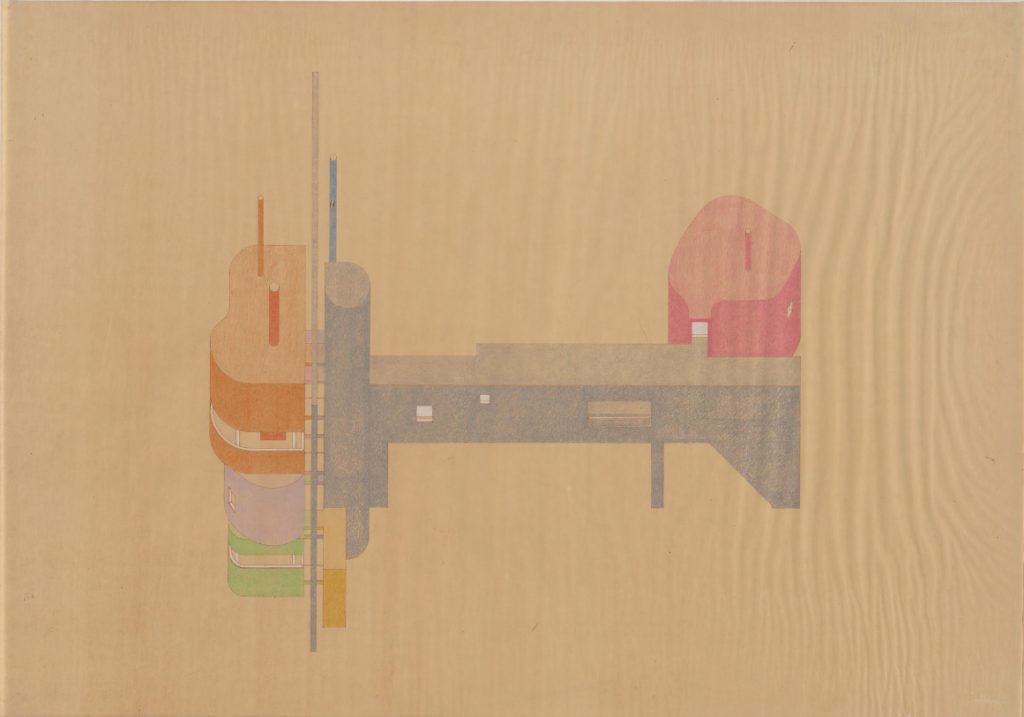 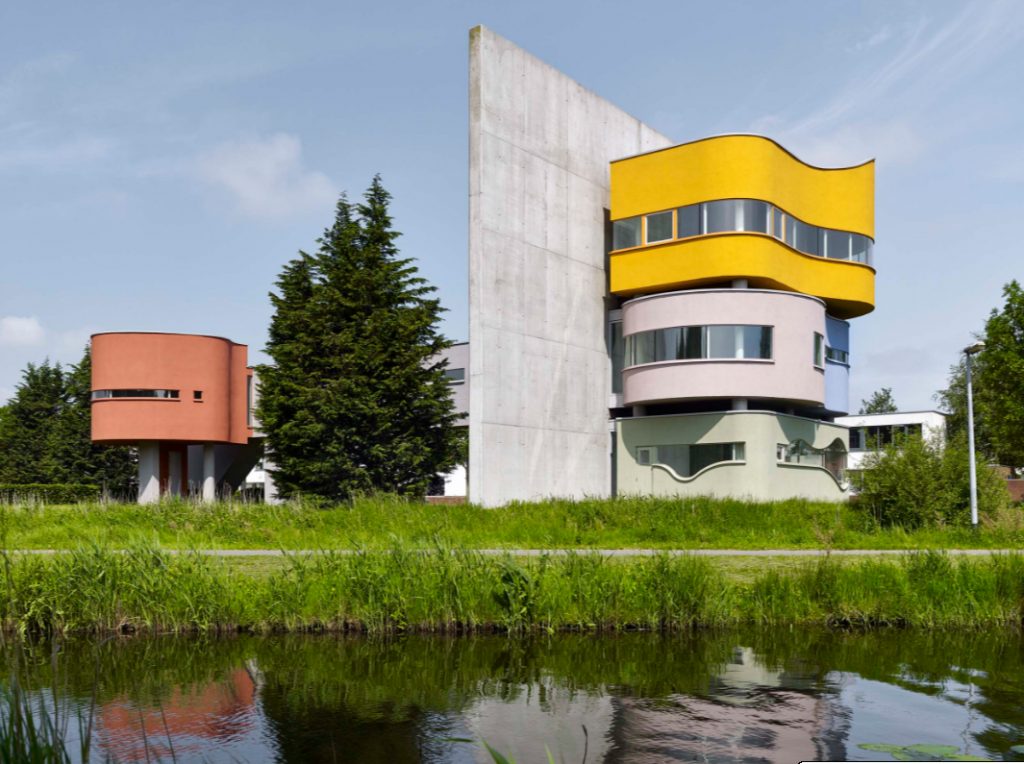 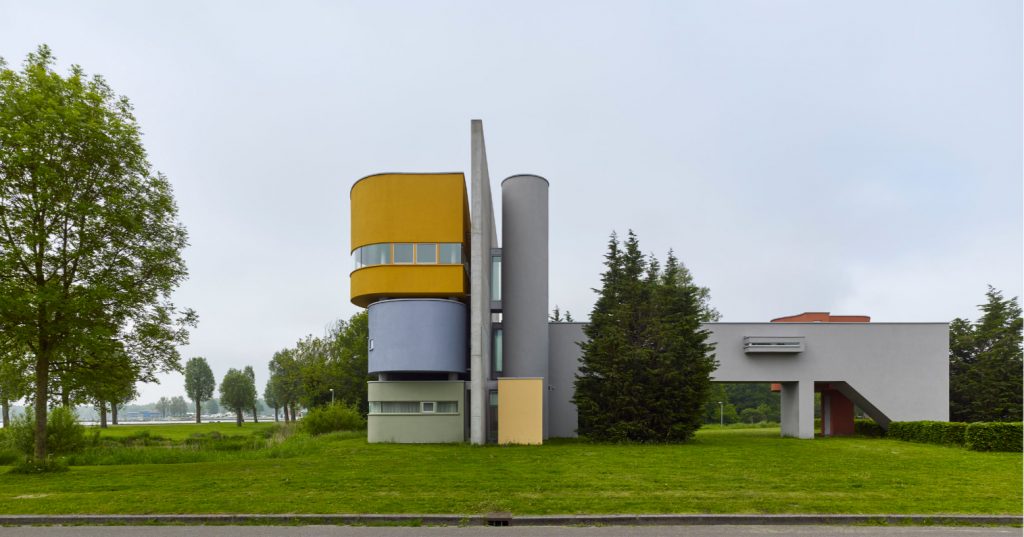 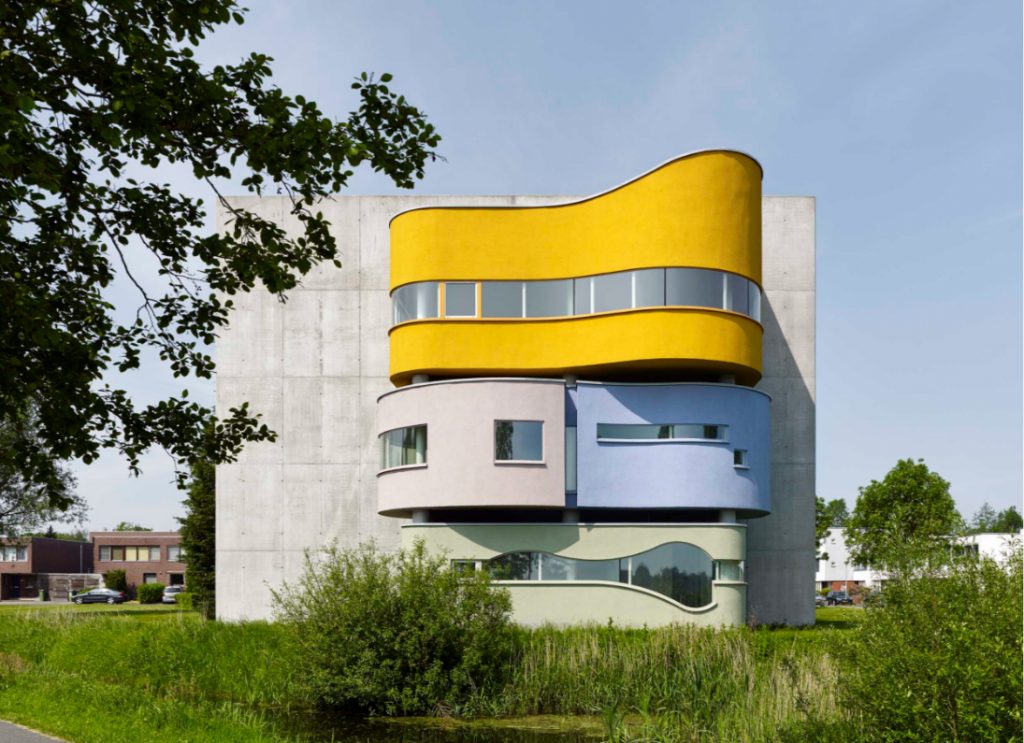 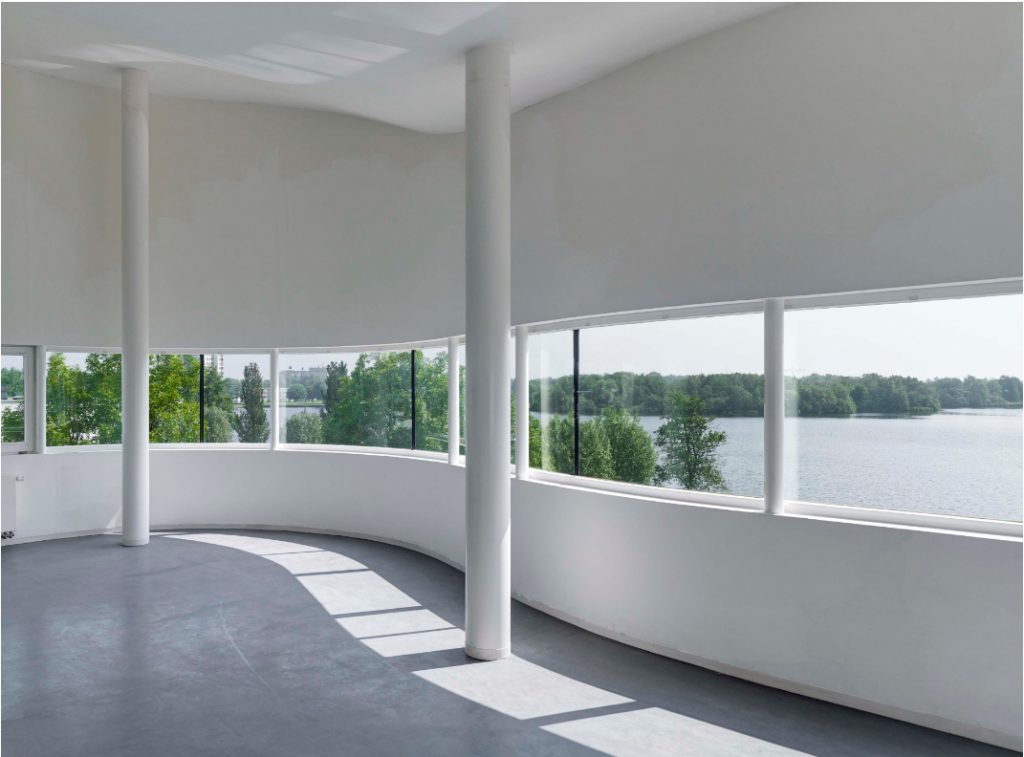 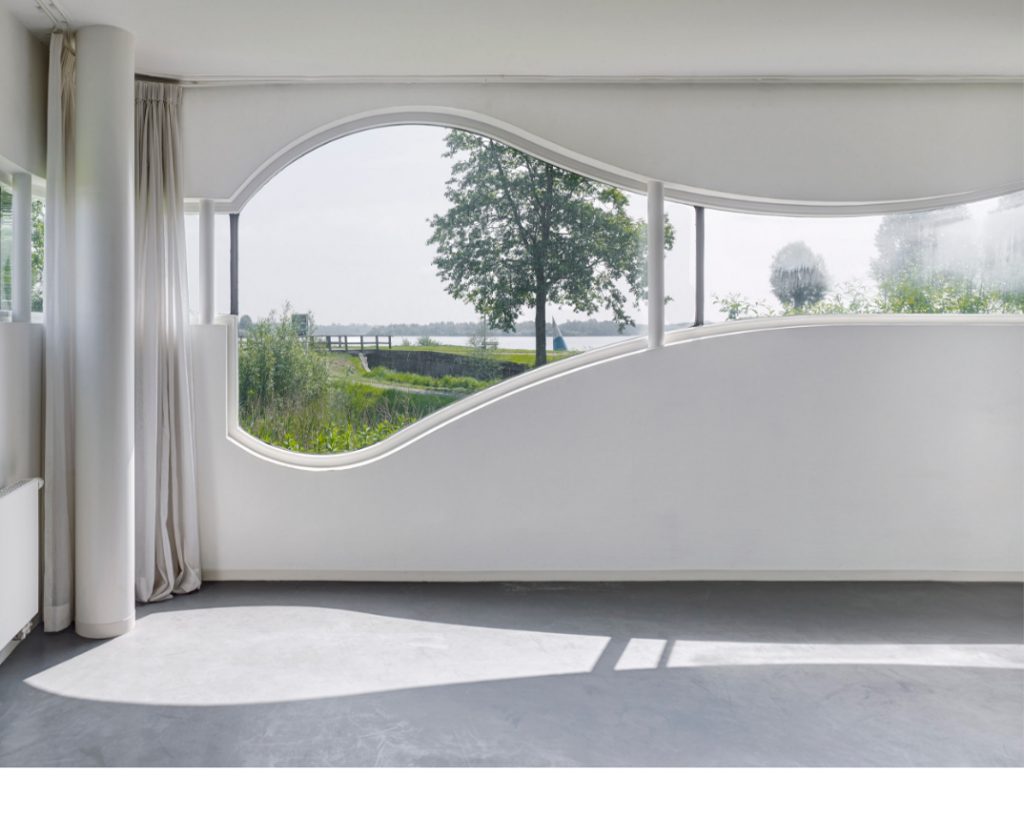 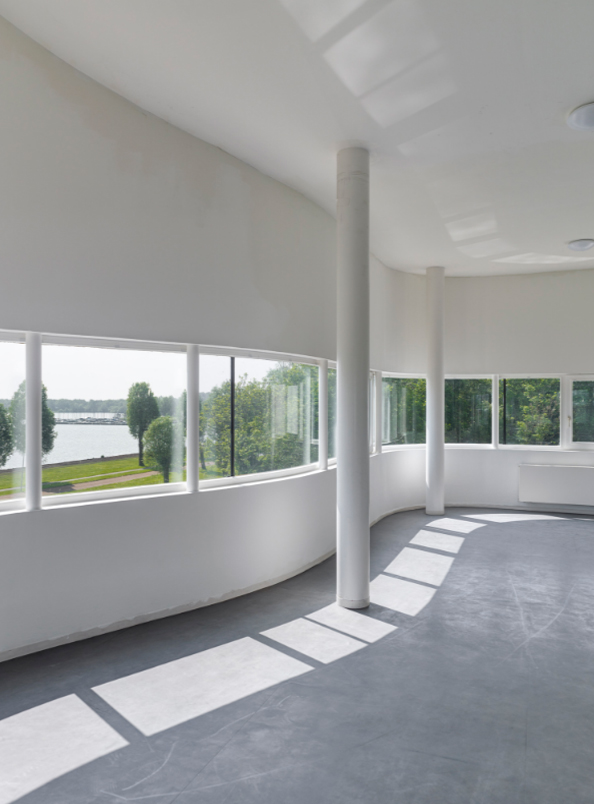 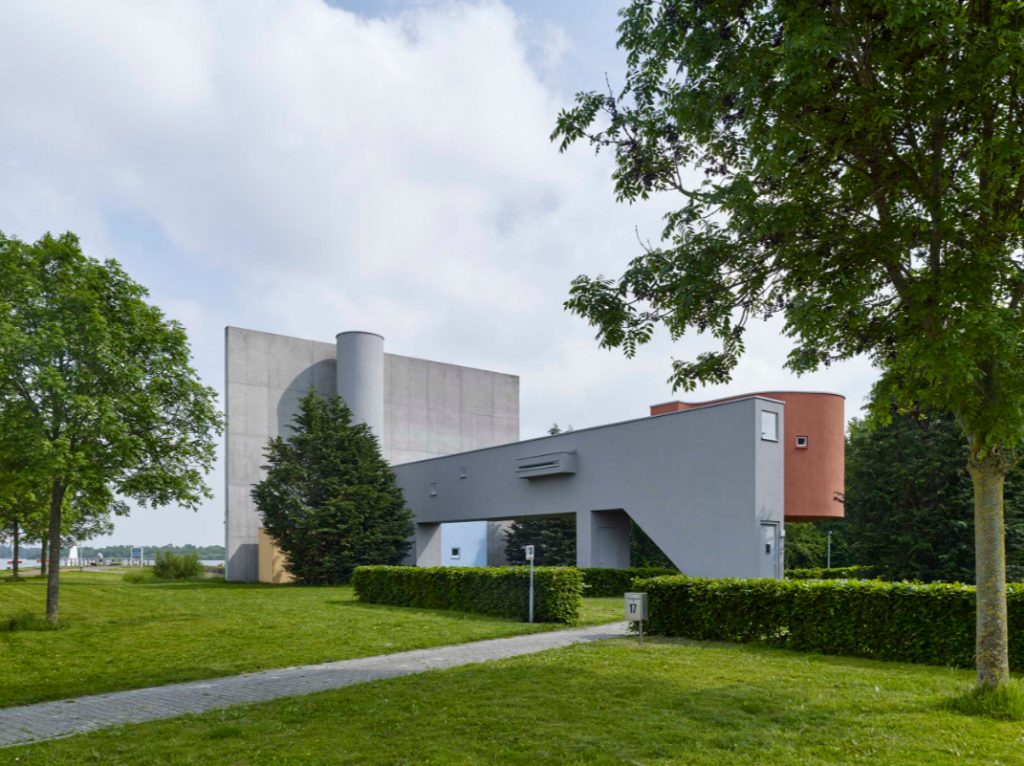 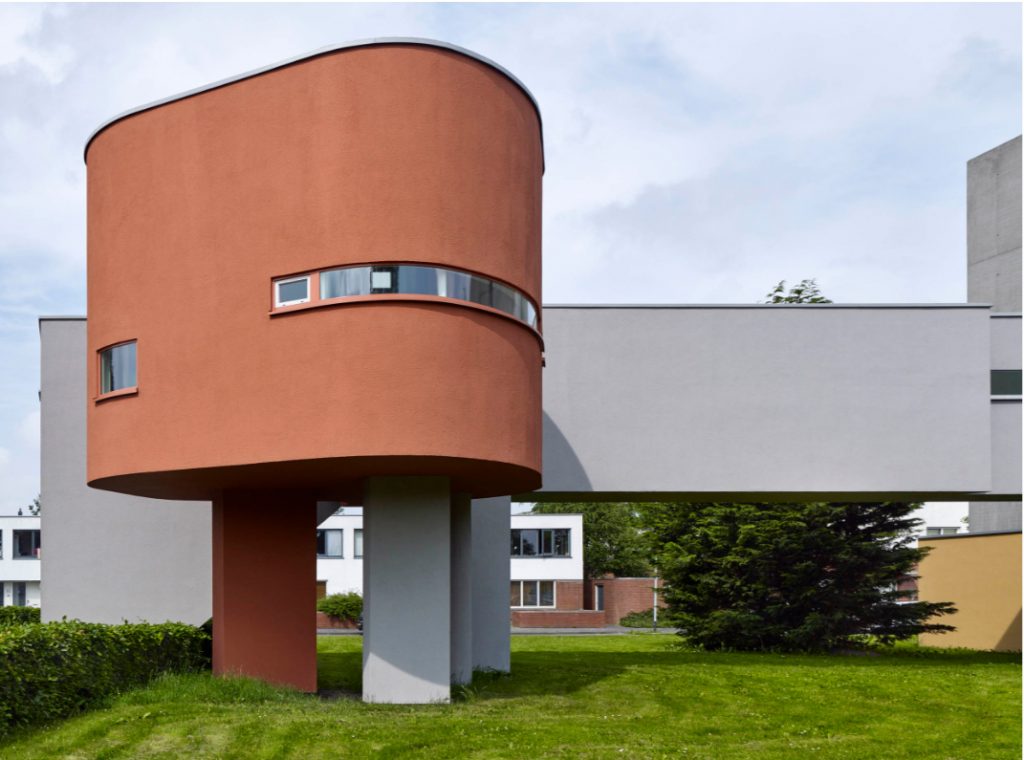 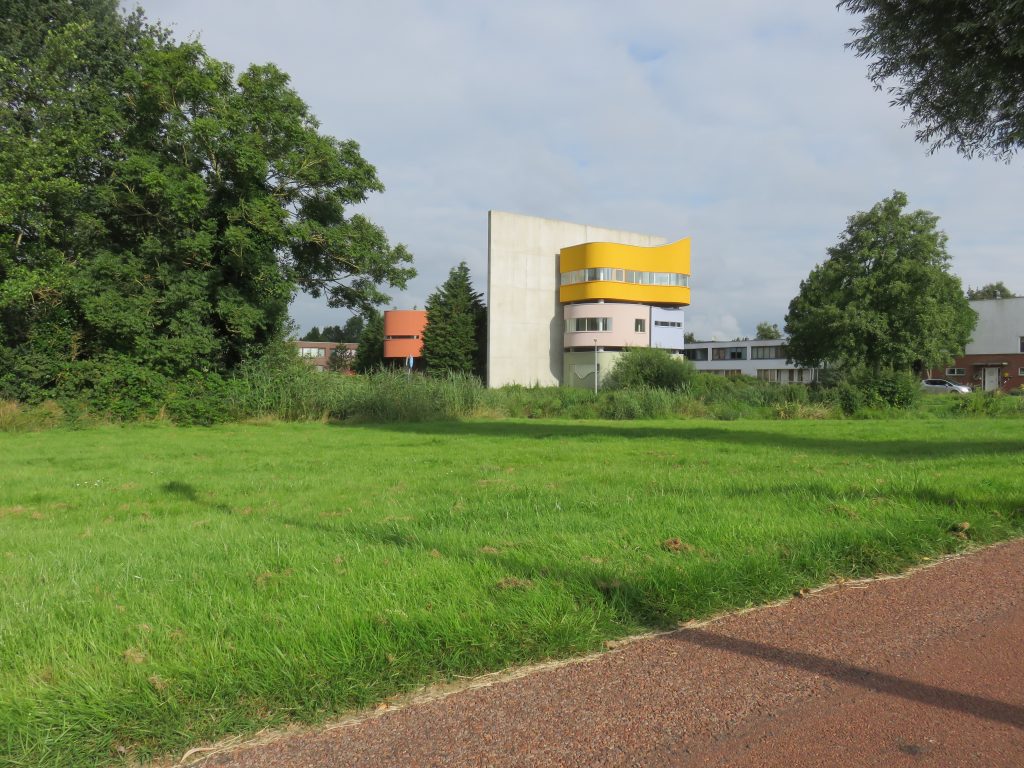 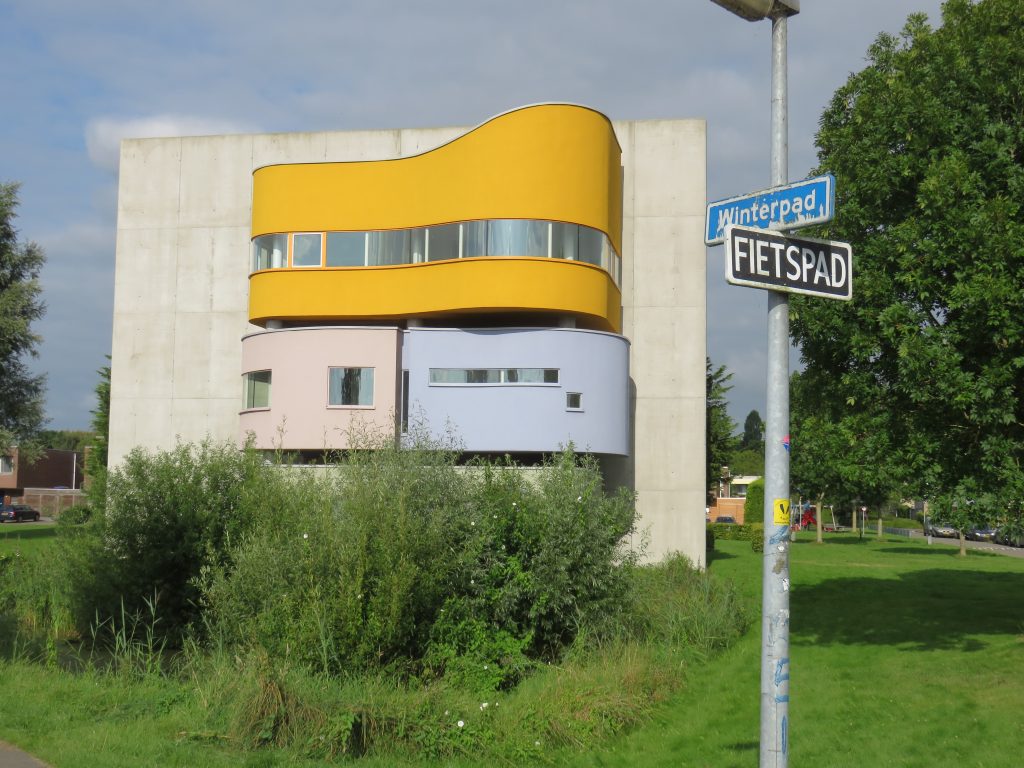 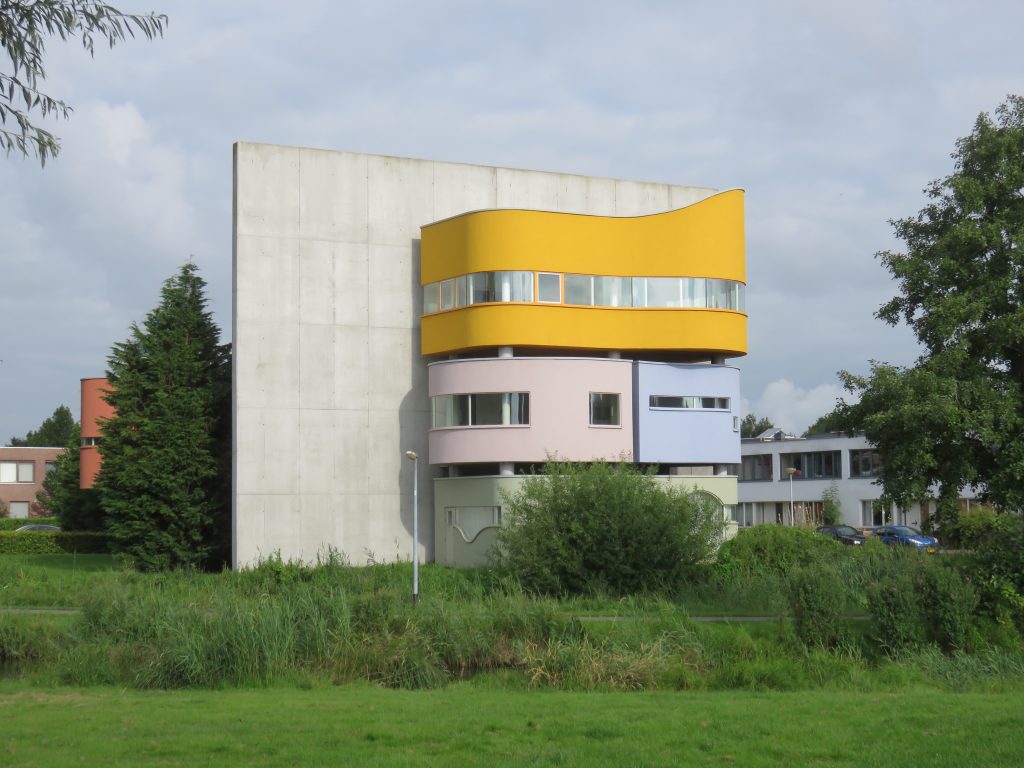 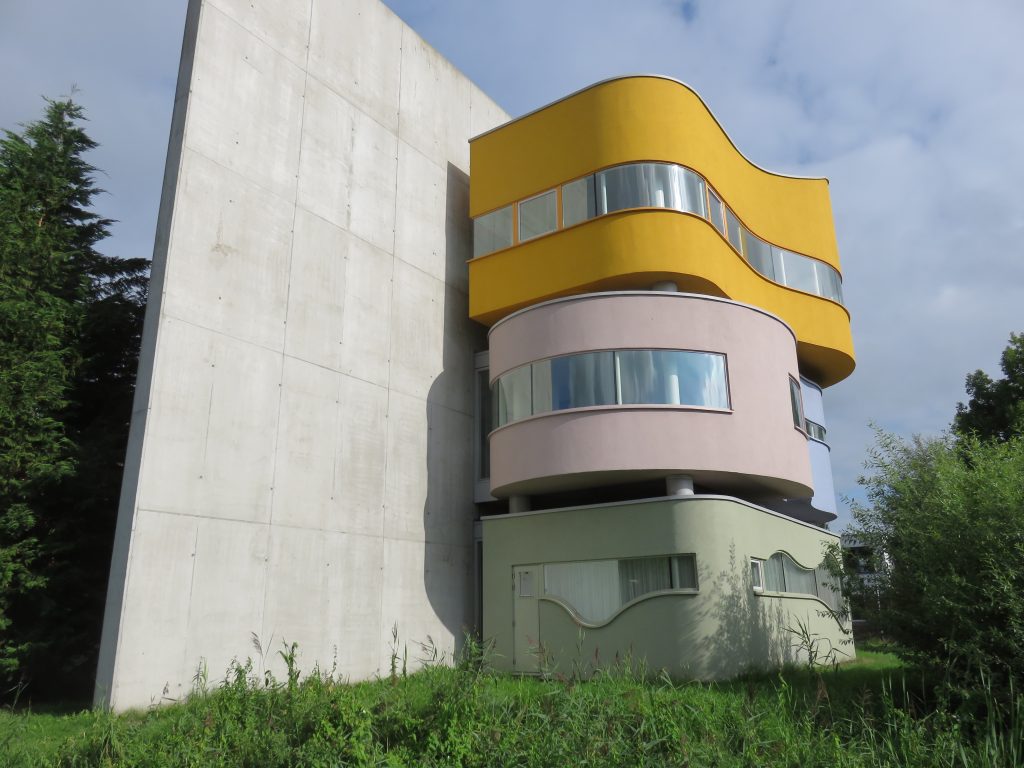 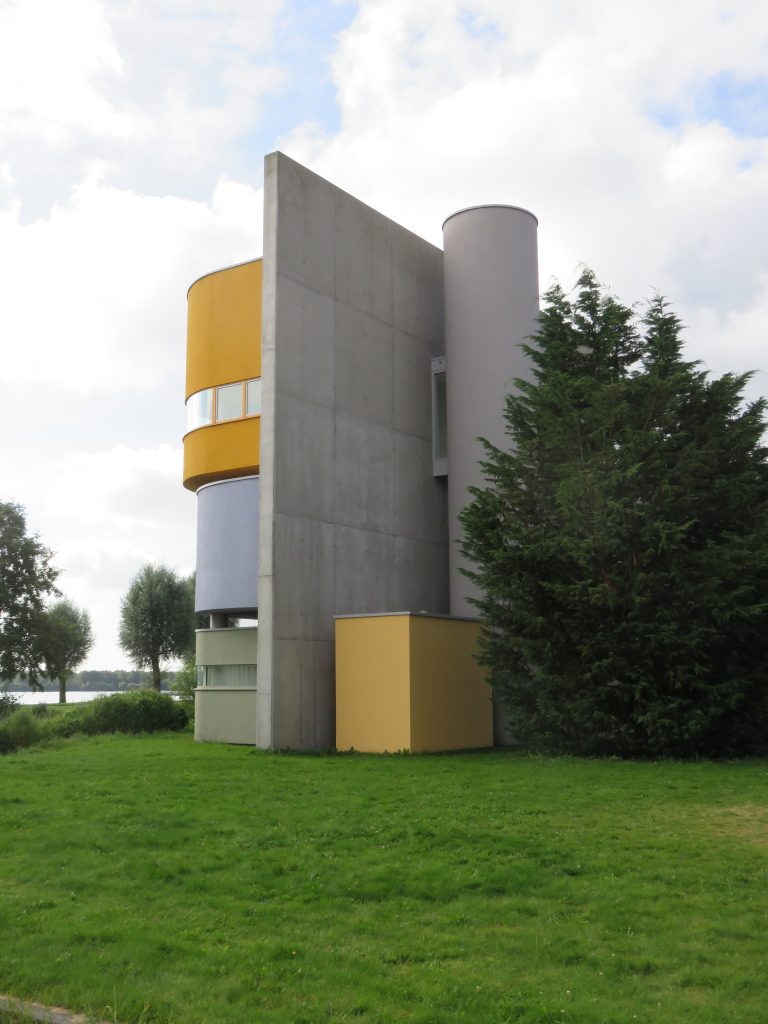 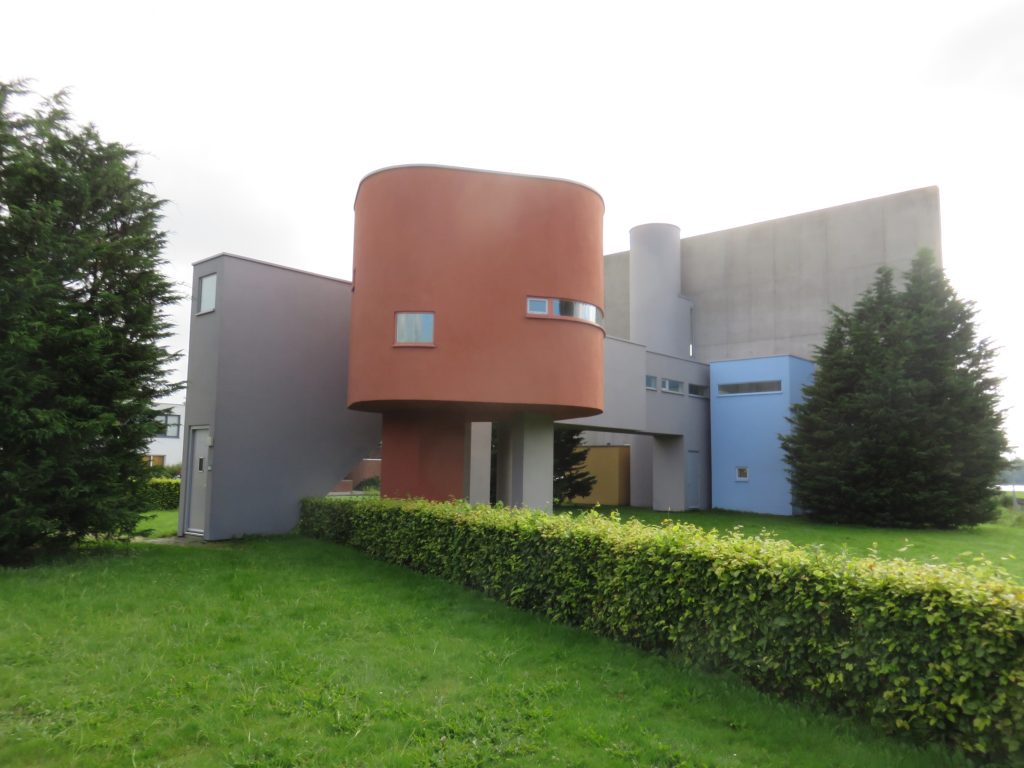 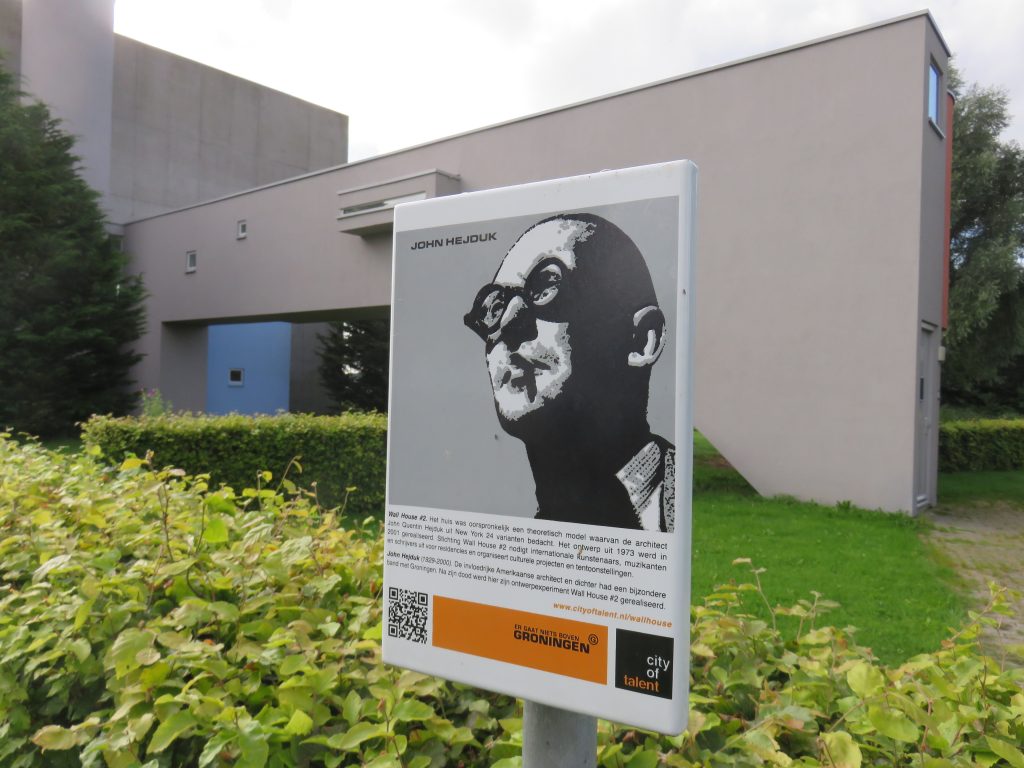 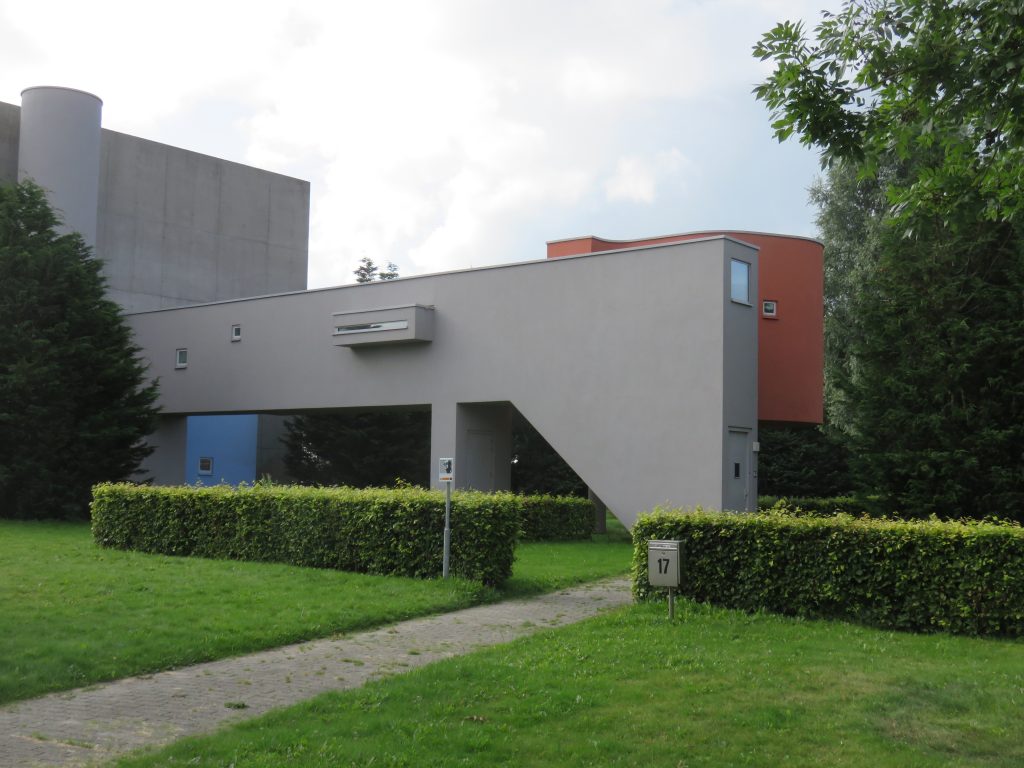 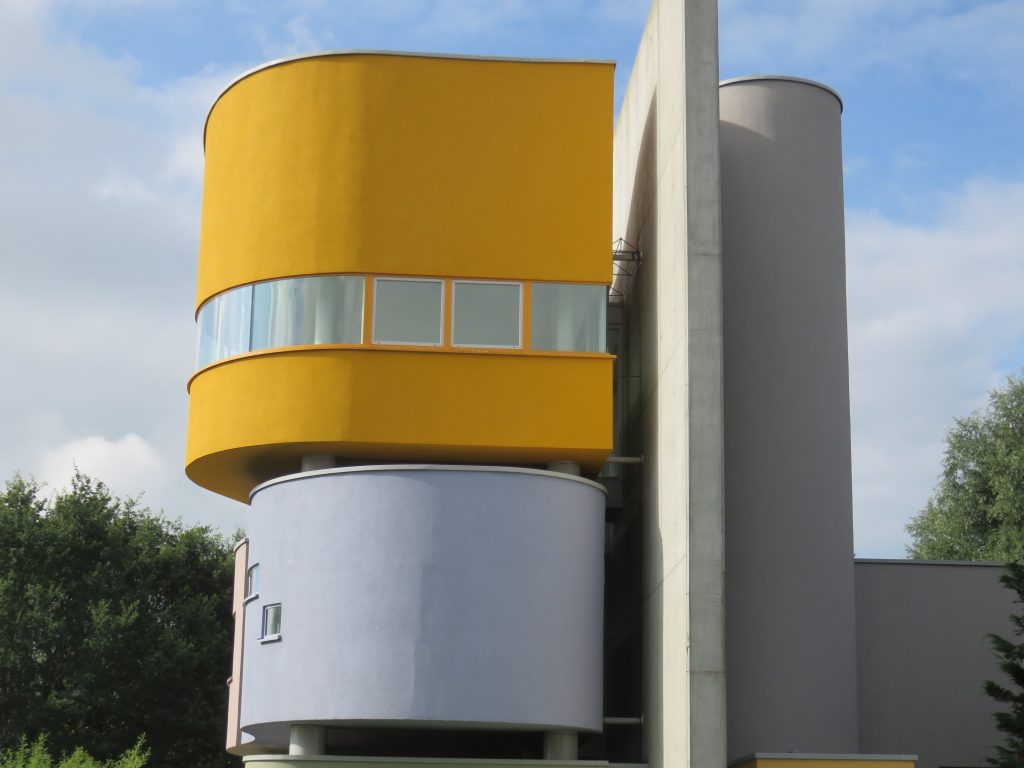