The Wales Millennium Center is the performing arts center of Cardiff, capital of Wales.

Opened in November 2004, providing a world-class venue for international best musicals, opera, ballet and dance. It is also home to the Welsh National Opera.

His story begins in 1999, with a winning project of Zaha Hadid that did not materialize. After many twists and turns, finally in 2004 its construction was completed. It was designed by Percy Thomas Architects local study, with project and address the young architect Jonathan Adams, an exponent of the new Welsh architecture. The engineer in charge of the work was to Jojeh Chris Arup.

The Wales Millennium Center is part of the transformation of Cardiff Bay, becoming the modern landmark of the city. The same resource is used here to give a push to economic revival of the city than in Bilbao, with Guggenheim of Frank Gehry, where it was decided to invest in a major cultural building in an industrial city to the water.

The port area of ​​Cardiff has always played an important role in the development of the city paper. After World War II, the coal industry declined and left the port used. In 1999 new life to the area with the construction of the dam Cardiff Bay, which transformed an area of marshland on a freshwater lake over 200 acres and encouraged the development of the surrounding area was infused. We sought here to generate an urban harbor landscape with themed restaurants and residential buildings. The Wales Millennium Center closes the reconstruction phase of the Bay. Currently, Cardiff Bay is a must see in the city.

The building has been identified by its volume with an armadillo, a helmet, a whale, a rising sun and an anchored boat, among others.

The design concept is inspired by images of the Welsh landscape and its cultural and business traditions. Addition was made with regional materials. All these resources are expressed in contemporary language, constantly appealing to Welsh metaphors that enhance the emotions.

The most powerful feature of the building is the poem engraved on the bow of access. This resource, widely used in Wales, comes from the Roman architecture. The idea was to use the mode of bardic triads in the context of a building of the XXI century to express the life of the Welsh cultural values. With the format of Celtic verses, the poem local writer Gwyneth Lewis, Welsh phrase intertwines with another in English: “Creating truth like transparency boiler inspiration ” and ” In these stones horizons sing”.

Besides opera, the program includes: the national dance company, the Welsh youth organization, a recording studio, an agency for the promotion of literature, society of writers, and an NGO that provides art therapy sessions. In addition, the building provides housing for five casts.

Special attention to the acoustics of the opera house stood. The interior is lined with wood pieces molded and carved to perfection, creating geometric patterns.

Each letter of the poem is inscribed with glass window 15 inches thick, which opens from the foyer to the exterior views. At night, internal lights make the legend can be read either the distance from the bay. The draft of the letter was made of two parallel plates, together with a small phase shift.

The columns supporting the inner galleries take the form of ferns that inhabited the area millions of years ago and are now as trace fossils in coal.

The Centre also incorporates a variety of places to eat, drink, relax and watch free entertainment. No own parking, but public parking spaces are available within the scenic bay.

The use of materials is a fundamental part in this work, representing his Welsh origin.

The copper shingle roof reflects the sun, highlighting the building as a landmark of the bay. 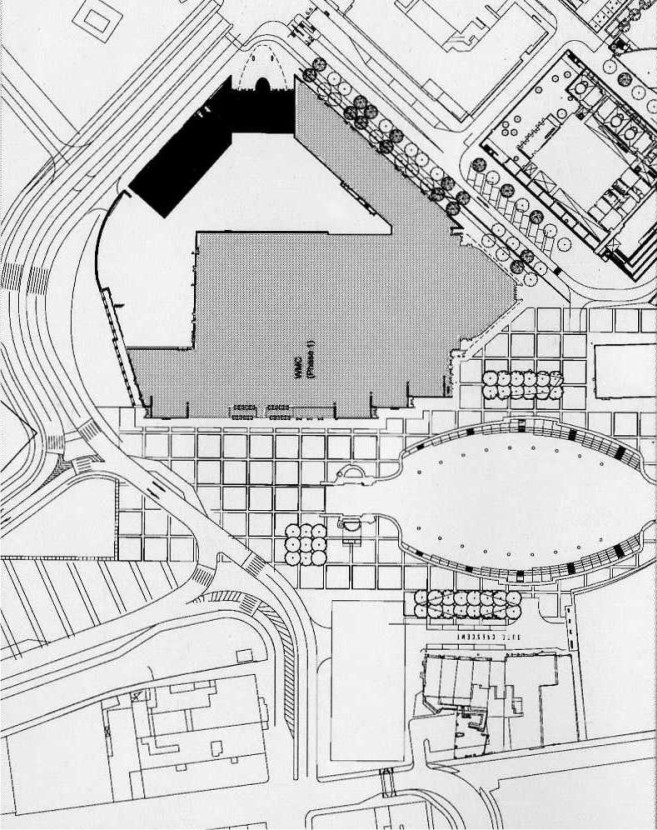 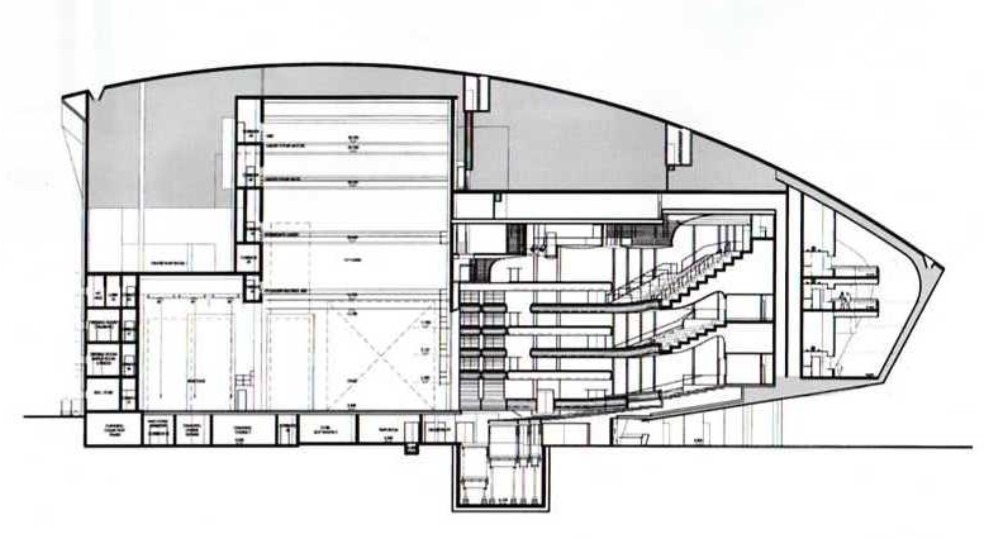 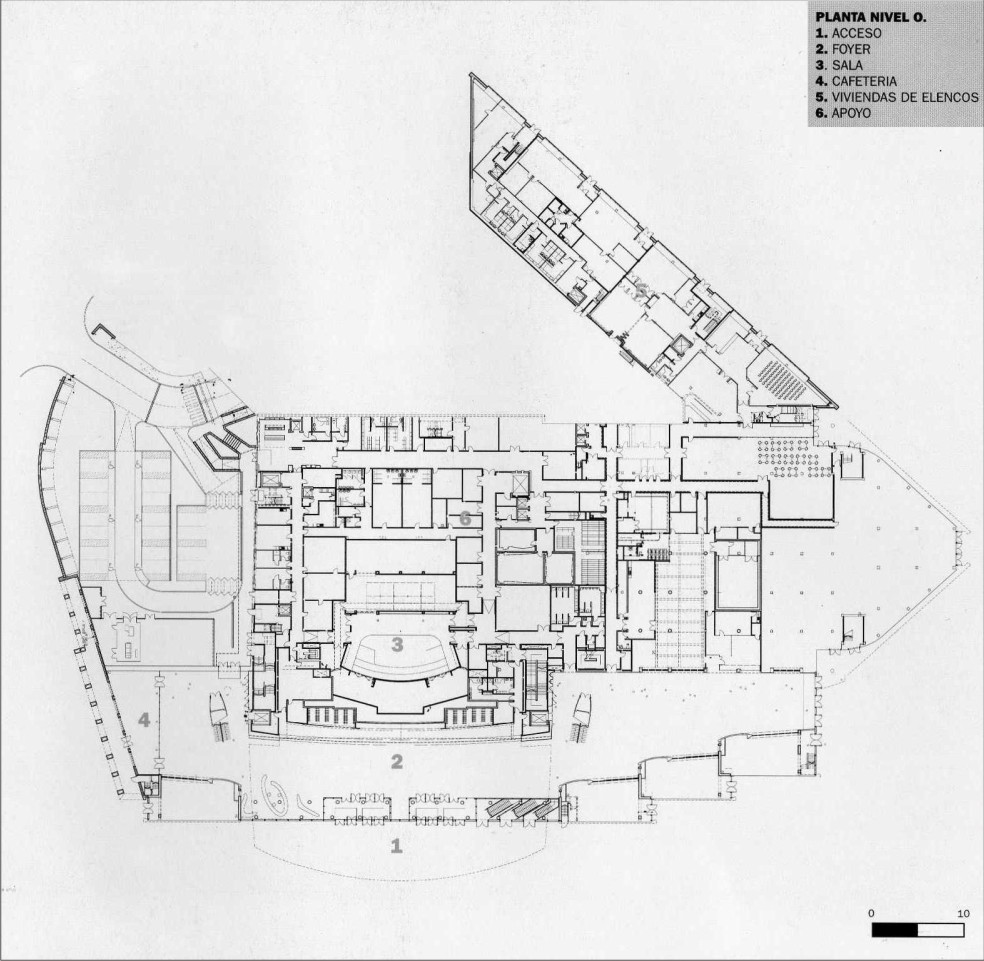 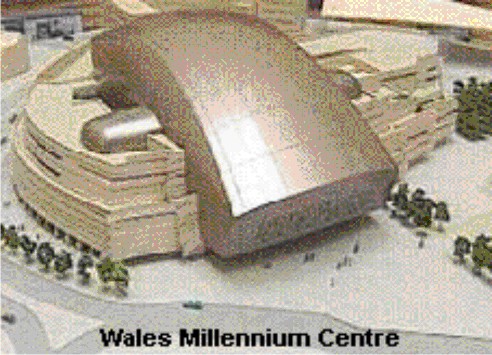 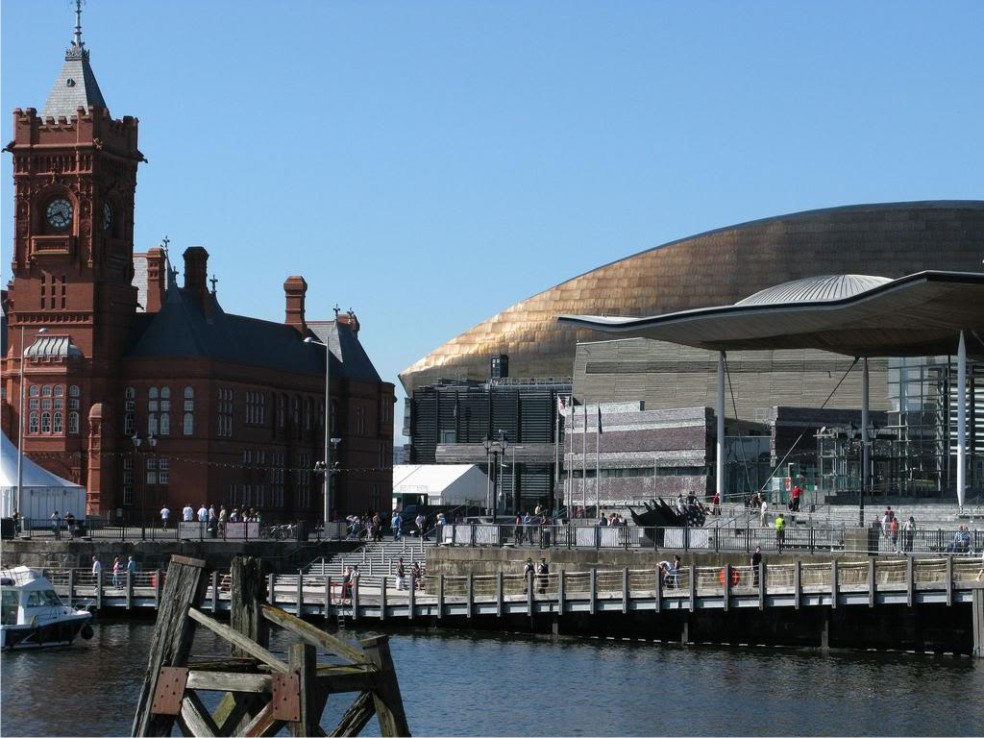 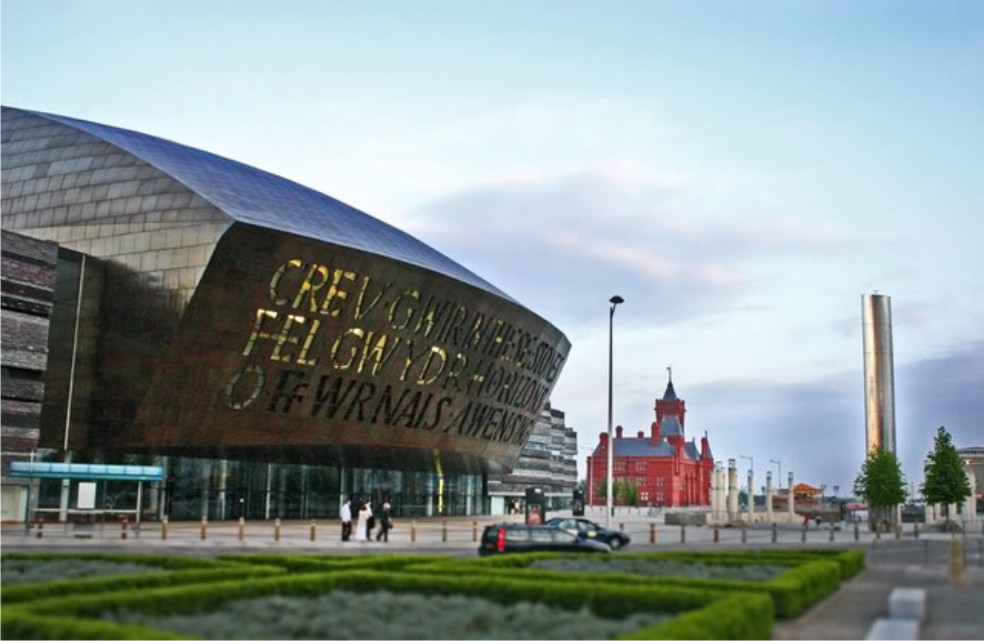 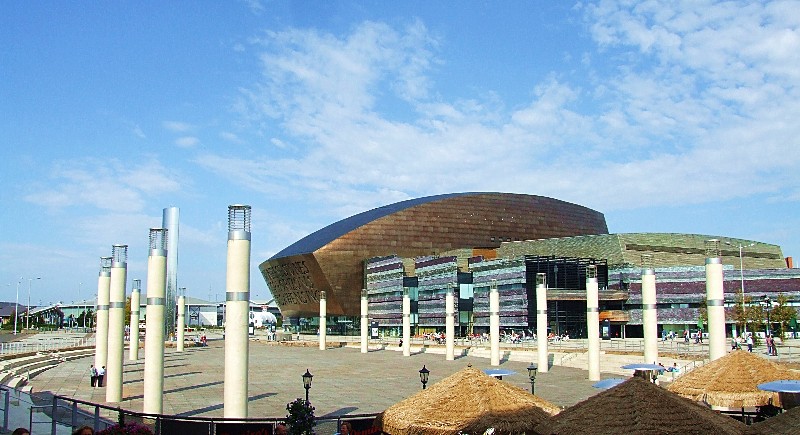 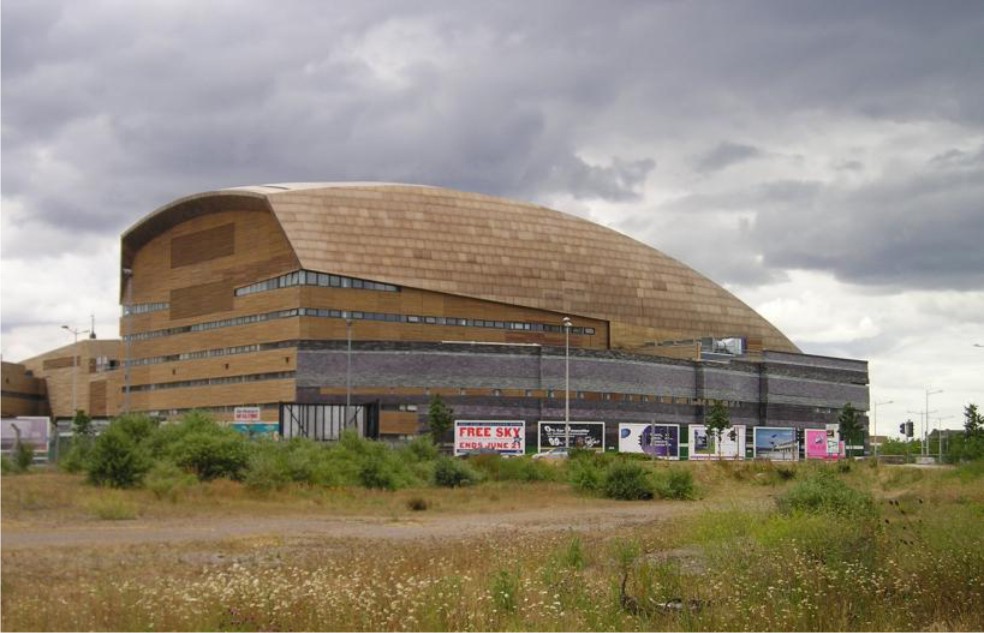 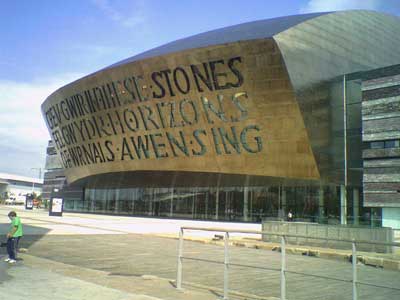 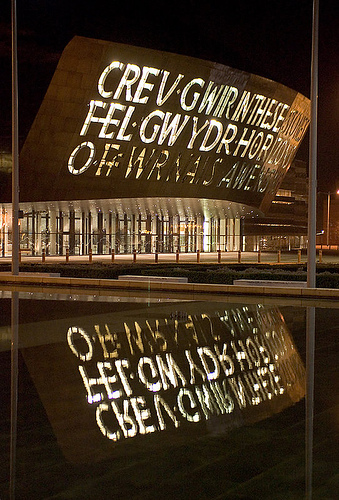 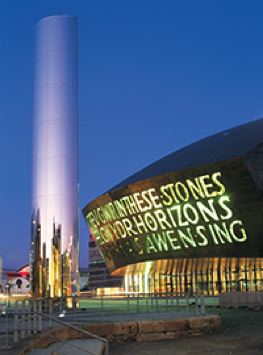 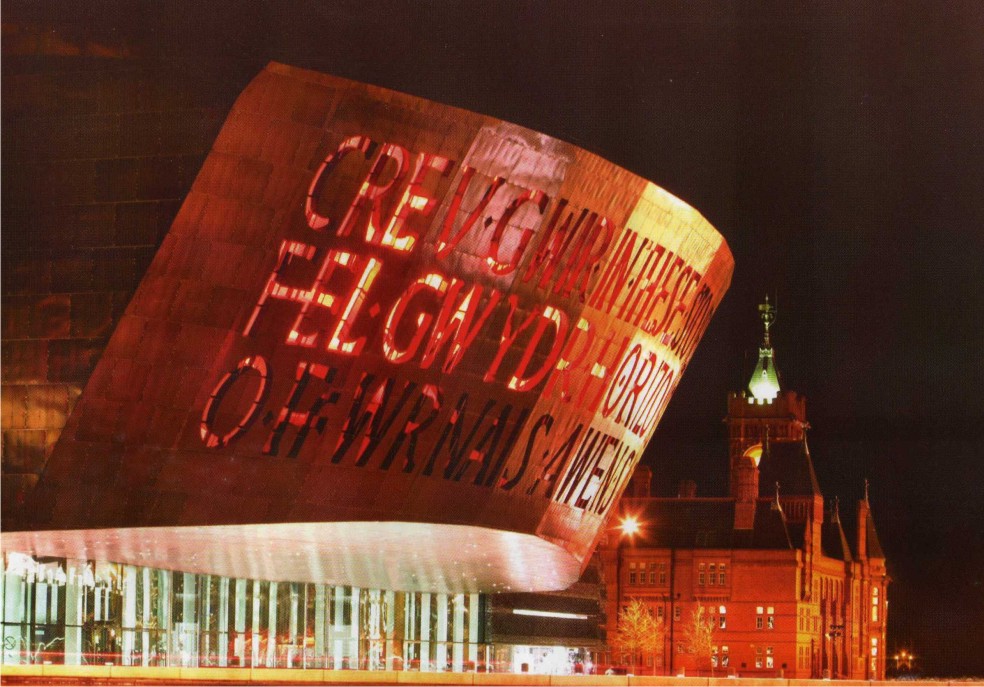 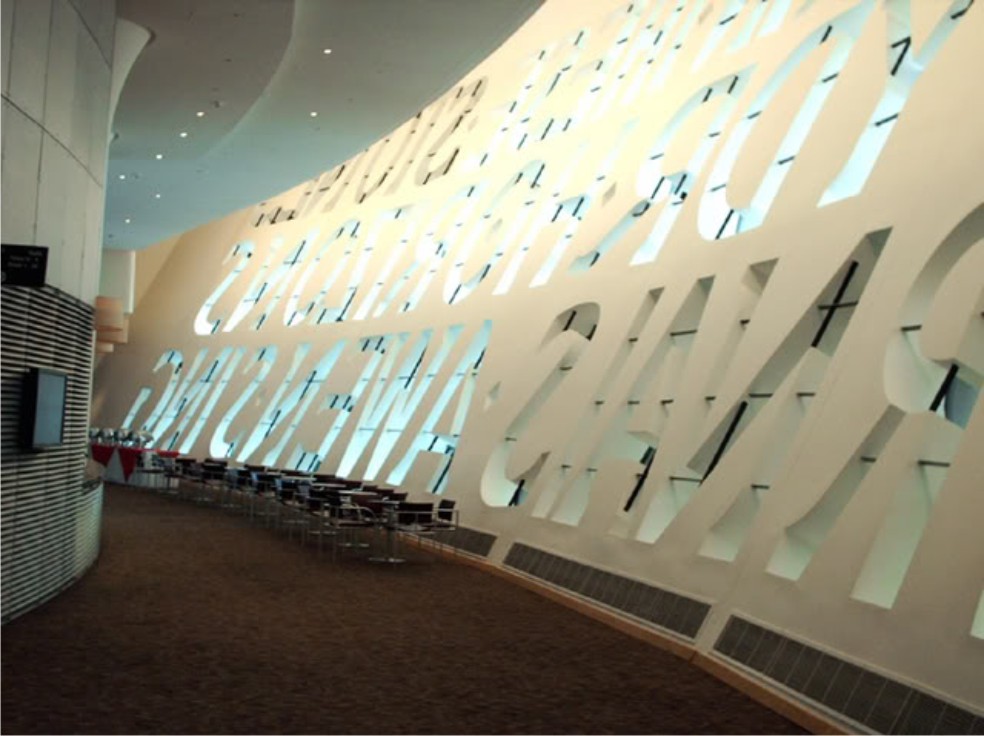 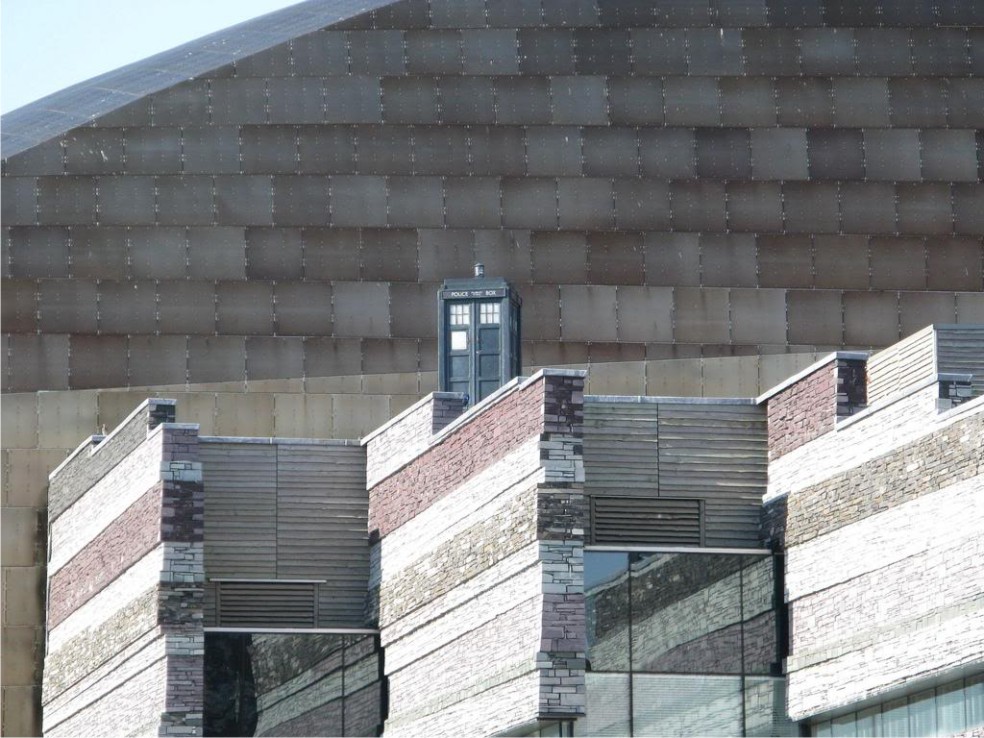 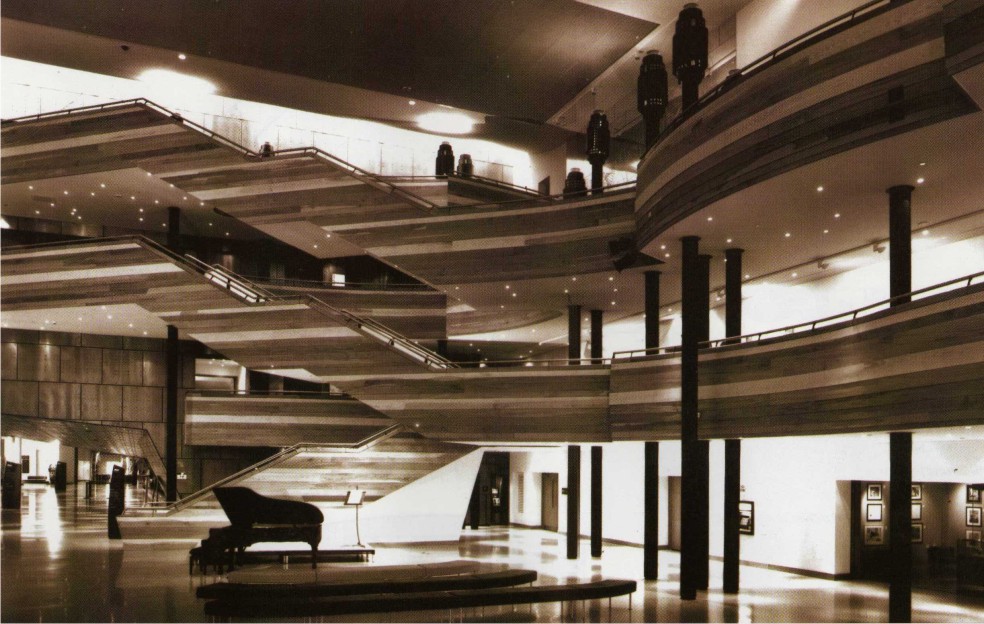 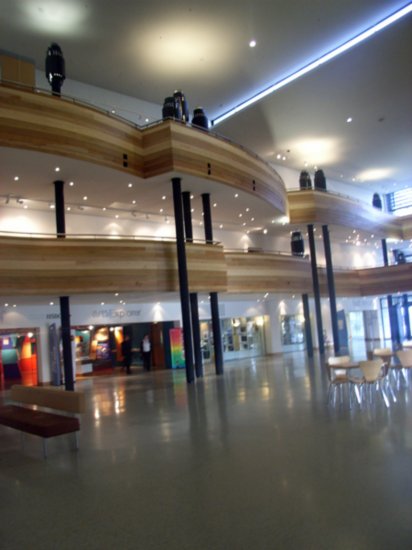 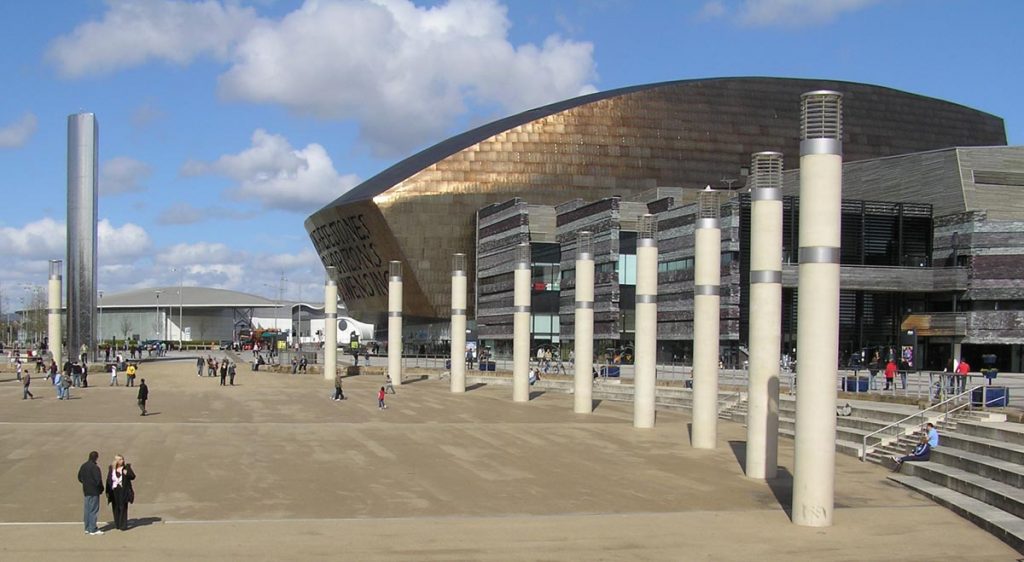 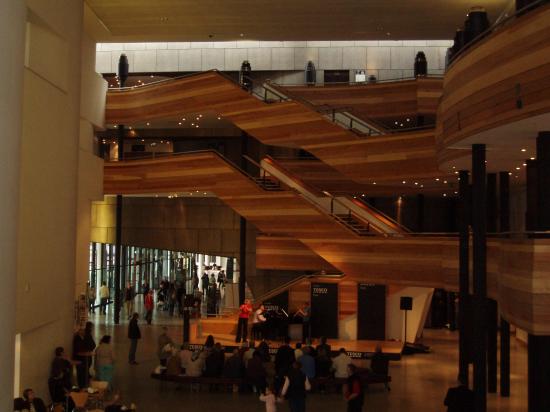 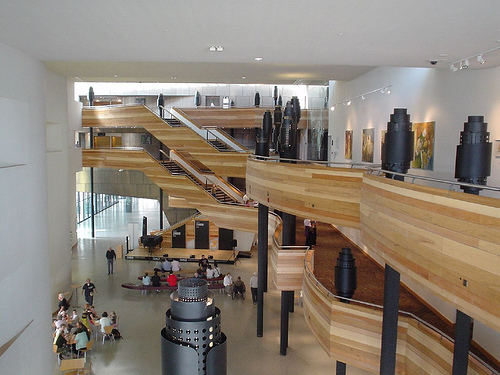 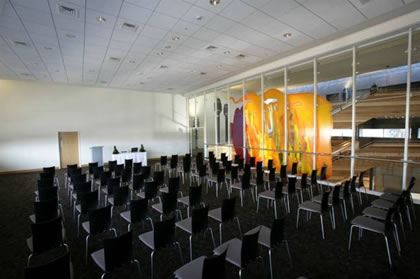 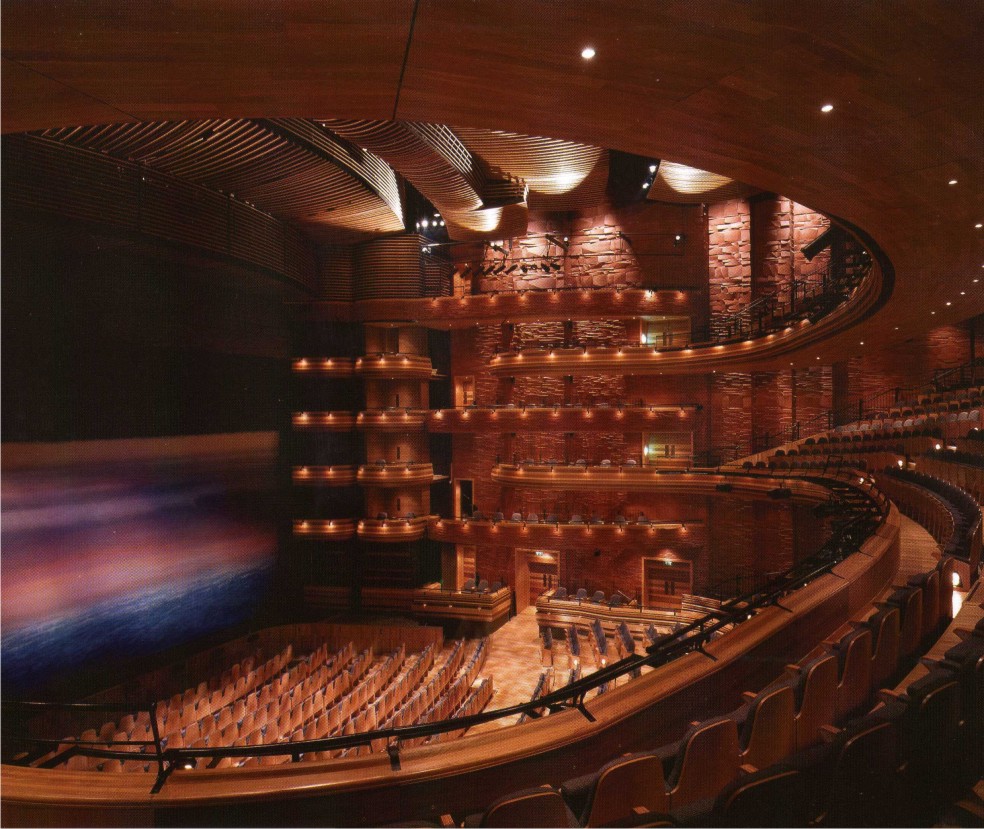 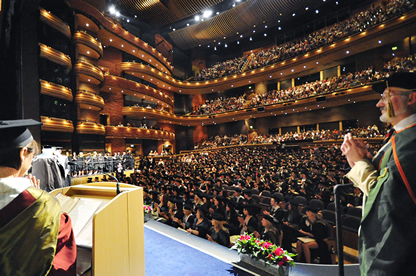