The Villa Schwob in the Rue du Doubs 167 of La Chaux-de-Fonds is probably the most famous work of Charles Edouard Jeanneret, before assuming the pseudonym Le Corbusier. The house, also known as the “Villa Turkish”, was designed in 1916 for Anatole Schwob, owner of a watch factory. Construction costs were found to be much higher than the estimates of the architect Le Corbusier and had to go to Paris after being sued by his client, not coming to see the house completed until 1919, two years after completion. The Turkish Villa is the only one of his first houses considered worthy of publication in “L’Esprit Nouveau”.

In 1986, a watch company, (Ebel), whose motto is “The Architects of Time” bought the house and invested in its restoration for use by the public relations department of the brand, including several rooms for key employees and visitors.

Although the Villa Schwob is not one of the best known buildings in Le Corbusier, it is very important for his career. He designed and built during his years of training as an architect in exploring how to fully embrace the purists objectives of order and mathematical precision in architecture. The Villa Schwob was an important start to the issues later would become hallmarks of Le Corbusier, as his plan space and roof garden.

In a letter to Ritter and dated June 1920, Jeanneret sees this house the starting point for a new program that incorporates the memory of travel. “… I am devoted to serious works, even scientific, that is, to paintings that are at least the continuation of my House Schwob… But I look primarily at the Parthenon and Michelangelo… a reliable art. And the temperament won: New model; the Parthenon, this drama… ”

The Villa Schwob was built in 167 Rue du Doubs City La Chaux-de-Fonds, in the Canton of Neuchatel, Switzerland. It is the third largest city in French-speaking Switzerland, after Geneva and Lausanne. Birthplace of Le Corbusier is known for its unique architecture, watchmaking, microelectronics and its cultural and sporting life. 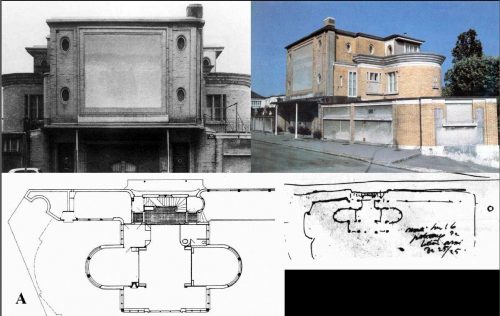 Le Corbusier built the Villa Schwob in 1916, after a trip along the Bosphorus which led him to know many details of this type of construction that he started in 1905. This villa is directly inspired by some Turkish villages, appealed here to “Yali”.

More radical, the great mansion built for Anatole Schwob, owner of Cyma watches, is both a recapitulation of his formative years as a notice of their passage to abstraction during the twenties. Jeanneret of the “house bottle “of concrete, designed to study Perret in 1909-of which has not been rastro-, as he wrote to his mentor in 1916 when he said that will” terraced facades But reinforced concrete. ”

Another way used by Le Corbusier to create harmony in the Villa Schwob was through mathematical precision in its design. In 1918, together with Amedee Ozenfant, he published a purist manifesto, in which they explained the importance of mathematical order.
Le Corbusier tried to create order in the Villa Schwob through their shapes. Professor Geoffrey H. Baker, describes the foundations of the Villa Schwob as a cube within a half-cube, the cube consists of support columns inside the home that help delineate each room. Baker claims that Le Corbusier designed the Villa Schwob with “the issue of orthogonal curves against” or “basic contrast cubic forms against the cylindrical forms,” ​​as evidenced by the cubic shape of the base of the house and how semicircular room on either side of the living room. The constrastantes geometric shapes make the Villa Schwob look more balanced, following the thought of order and importance created by its designer.

It is difficult to undo the cords linking this space, which Le Corbusier always feel affection, to your other sources: English bi-level lobby, the open space of the studies of Parisian artists and ship car garage built by Auguste Perret Ponthieu Street in Paris in 1908.

The Villa Schwob bigger and more complex than some of the later buildings appears Le Corbusier, revealing that the architect was still experimenting with methods designed to better purist ideal of clean lines and architectural balance. The Villa Schwob was important for the career of Le Corbusier, as it gave him the opportunity to experiment with ideas, like the Dom-Ino system, the open floor plan, and the mathematical order, all will be perfected in his later buildings.
The architect designed the Villa Schwob for the support of a single structure interior columns a more open space is created and allow the plant to be developed around the central hall. Inside this room, the most prominent feature and striking is the large vertical window covering two floors of the house. This window serves as a focal point, turning the other rooms around the living room in part of the periphery, thus more adaptable. Although the rooms are around a “peripheral” design, part they are also important to the overall aesthetic of Le Corbusier, due to its versatility and separation. 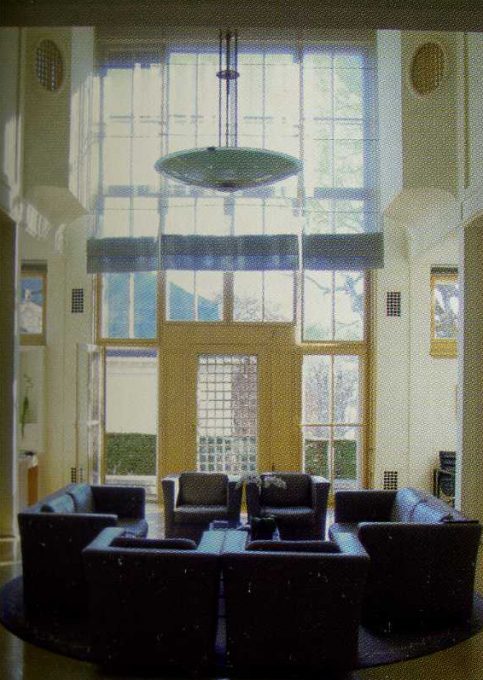 You can match the input space communicates with the living room of double height sketches made in 1911 in Pompeii recalls the distribution of Villa Diomedes around the atrium. This space houses the large flat situated at the junction between the longitudinal axis from the entrance to the garden and the transverse axis that connects downstairs game room with dining area, one on each side of the living room so do not call in question the centrality of the main room and the space it creates.

There is a clear and logical separation between functional areas such as public space on the ground floor and private rooms upstairs.

One detail that creates even more space is the roof garden, which became a staple in the homes designed by the architect. These gardens allow Le Corbusier achieve harmony in its architecture by creating a balance between the industrial and the natural world.

On the first floor, two bedrooms form a U around the central hole. The kitchen is relegated to the outside, against the wall facing the street, and the bathrooms and service of the plant are compressed between the bedrooms and staircase. 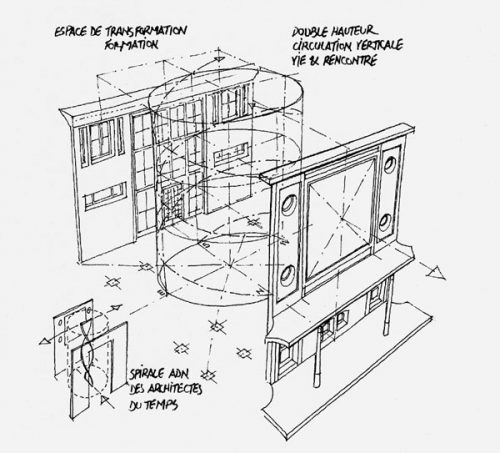 The Villa Schwob was one of the first houses in Europe where Le Corbusier used his Dom-Ino system. This system consisted of large concrete slabs resting on a series of thin columns around the edges and stairs leading to other levels, thus creating an open floor which makes the building look wider. Le Corbusier designed the system Dom-Ino in 1914 with the intention of building affordable housing that could be built in mass and easily accessible materials. The Villa Schwob, however, was never intended to be mass produced, which is evidenced by its large size and the inclusion of “unnecessary” rooms, such as a game room or the servants’ quarters, spaces that are excessive for the general public. Instead of using the Dom-Ino system to make the house affordable, Le Corbusier used it to experiment with space.

Its construction employs “reinforced concrete structure, made in a few weeks, and the filling of small bricks apparent”, similar to the side wall of the theater of the Champs Elysees Perret, and whose main facade is inspired to the large surface White Main Street facade Doubs. A “wide ledge that forms a gardener” around the terrace.

The shear volume of the cube, extended by half cylinders apses, enshrines the permanent abandonment of popular and classic works of his first formal language. The exterior retains an “air of Istanbul home” where the concrete elements replaced the wood paneling of the Ottoman buildings; hence the nickname “Turkish village” given by the neighbors. But the interior integrates several references and even exceeded.

This large ship built in concrete and wood, located on a hillside, whose layout exploits skillfully Le Corbusier evokes no doubt by its extensive cover, Festhaus Tessenow he had seen in Hellerau. But Perret follow some tips to carry it out.

In building this house Le Corbusier makes dramatic use of reinforced concrete with which shapes the cornices.