The Villa was designed by Ottolenghi Carlo Scarpa in the last stage of his career. Although it is one of the most studied and known works. Designed for Ottolenghi lawyer and his family and built between 1974-1978 the town seems born for contemplation.

Located in the region of Veneto, Italy, this work portrays some of the most important issues discussed by the architect in their projects, especially the performance between the natural, artificial and unpredictability of human nature.

Although this work pays special attention to aspects craftsmen and construction details that characterize Scarpa, it expands especially in the exploration of space, the constraints ligand present with the practicality of the outcome.

The Villa Ottolenghi is located on a slope of vineyards, on the outskirts of Bardolino, Verona, Italy, with excellent views of Lake Garda and sharing the place with an old farmhouse. Its construction was at a corner of the field to make room for the exploitation of the vineyards.
Strict zoning regulations require that buildings 10.06m move away from the road, also limiting their height, one floor, so the construction of the Villa Ottolenghi is partially sunk into the ground.

Within the project an important aspect is the treatment of water by the architect. Water is used to express, while emphasizing the relationship between inside and outside, between the natural and the artificial. Influenced both by Frank Lloyd Wright as Japanese architecture, the calm pools unite inside to the outside while making us pay attention to the separation of the two media. Such separation is also highlighted by the heavy walls and irregular openings. It is the contrast between ethereal as the water element and heavy walls and columns that makes us distinguish between inside and outside.

Due to the rules of the house Area could not rise more than one floor above the ground and was restricted area inside.
In response to these strict conditions, the architect decided to bury most of the house on the ground by reducing the scale of the building in the environment to a minimum. This operation not only managed to minimize the visual impact of the town but gave the house an excellent relationship with the outside on all sides.
The entrance facade, facing Lake Garda, the visitor is presented as the only apparent front of the house, consisting of concrete walls juxtaposed with irregular openings and a small glimpse of the thick columns that dictate most of the design.

The opposite side of the villa is defined by a “Calleta” a deep incision in the ground which is reminiscent of the streets around the neighboring Venice. Adjacent rooms, although located under earth, receive natural light through this incision.

With an unusual planimetric scheme and with a narrow walkway reminiscent of Venetian streets, pedestrian access to the house, was born on the road, at the same height of the roof garden. This design provides a system of inclined planes that are triangular and trapezoidal.

And in the garden, two imposing cylindrical outer columns flanking a small canal that connects the outer shelf with a smaller interior, it flanked by a third column located on a small hill. To the right of the exterior columns Scarpa placed the steps leading to the main entrance.

The daytime living areas are oriented towards the entrance while enjoying a direct relationship with the outside.
These spaces take shape from the natural characteristics of the land and the seemingly haphazard structural position of the nine pillars. There are changes in level between the living room, kitchen, dining room and bathroom, rooms that otherwise would not have any other physical separation. The public spaces of the house invade each other. The master bath with almost circular and double-sided fireplace dividing the house into two functional areas.

The same pillars that give shape to the project because of its size, a monumental aspect to the living room, while the private spaces of the rooms, which give this common area, are designed with functional spirit.

This response so closely linked to the terrain is not characteristic of the works of Scarpa, except perhaps for the family cemetery Brioni being built simultaneously.

Both the central room and the master bedroom have a traditional Venetian homes, similar to that used by the architect in the Villa il Palazzetto design.

On the walls overlooking the garden rows of windows combined with other large windows open, although these recessed to benefit from the shade.

The narrow channel dug in the ground, on top of the ground and called “Calleta”, evoking the streets of Venice, gives access to the roof, as well as providing ventilation and light to the rooms more sunk by tilting the ground through small windows perforated walls.

The roof of the house, which serves as the terrace and garden is at the same level as the street, on top of the embankment, with great views of Lake Garda and surroundings. Its surface slopes gently down to the outer wall of the main room.

The balcony consists of slightly inclined planes that follow a geometric composition linked to the top of the columns, which in turn, protruding from its surface. This topography is close to that of a conventional city square. Without any surrounding building to enclose the terrace, the result is a public space suspended above the landscape. The slopes of the cover is reflected in the interior ceilings.

Among the elements that define the roof is the central fireplace and chimney of the main room in the southwest corner of the town.

The building is a single-storey structure with different levels developed around 9 large cylindrical columns on which the system deep concrete beams supporting the deck.

The roof consists of a slab of structural concrete covered with a pattern of bricks at an angle to create an abstract topography, facing in some places with grass growing around it and creates the illusion of being a building “buried”, although the only underground underpasses are part of the cove in other locations facing hillside land contained by concrete embankments.

Around the perimeter of the villa, the upper exterior walls plaster ends at the base of a band of concrete that the plane belongs to the outer edge of the cover. Above the kitchen, the band is divided into a fenestrated clerestory.

With the seemingly haphazard disposal of the pillars and rough stone coating Scarpa accomplished while conveniently separate the different rooms of the house architect emphasize the inability to predict the unpredictable human life. The non-bearing interior walls coated with plaster, organize the different spaces.

The rough appearance of the pillars with his consistency apparently no structural stresses the fact that the house be buried in the ground, as if in a cave in it were the same. The massive layers of columns occupy a huge amount of space, often in difficult locations. Scarpa worked on their positioning, suggesting that this is deliberate interruption of convenience.

The cover of the “Calleta” was made with concrete, formwork leaving visible marks.

Terrazzo floor and concrete, the color of the roof and the bathroom were made after the death of]]: Category: Scarpa | Carlo | Scarpa]], following the indications of the author, while the fireplace reflects options architect Giuseppe Tommasi, who along with Guido Pietropoli completed the work in 1978. 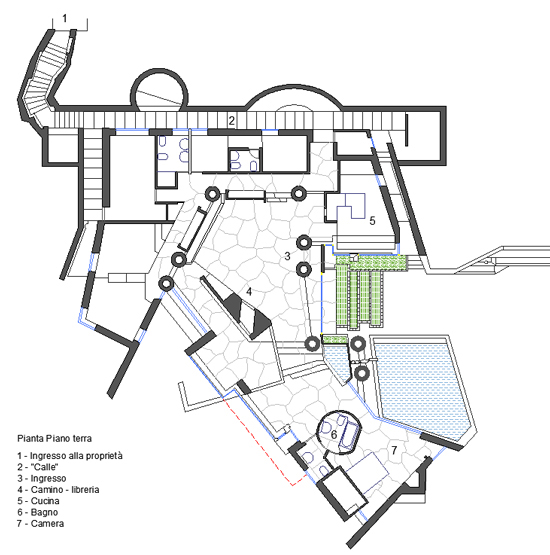 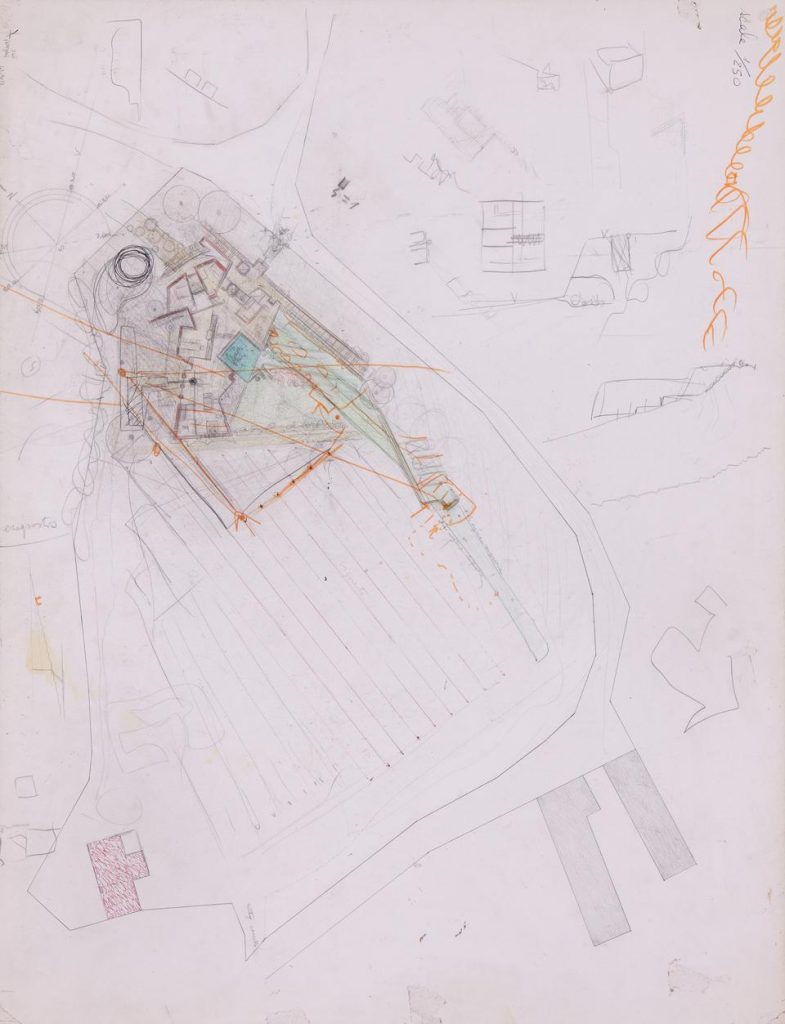 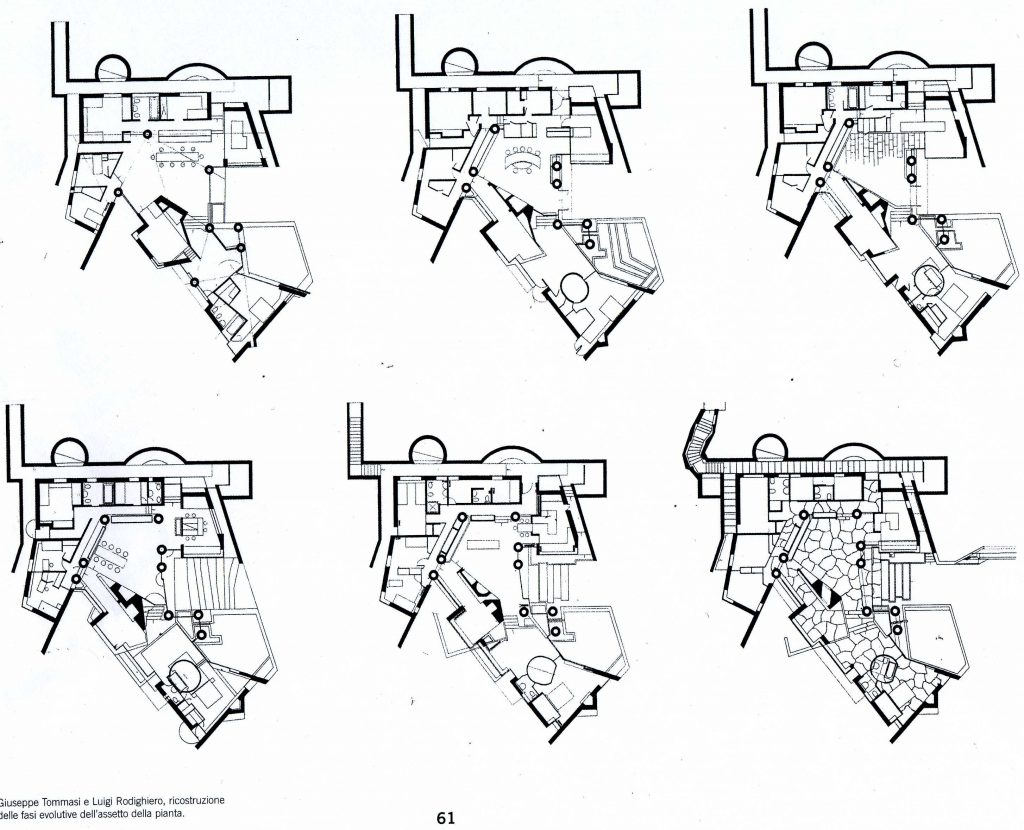 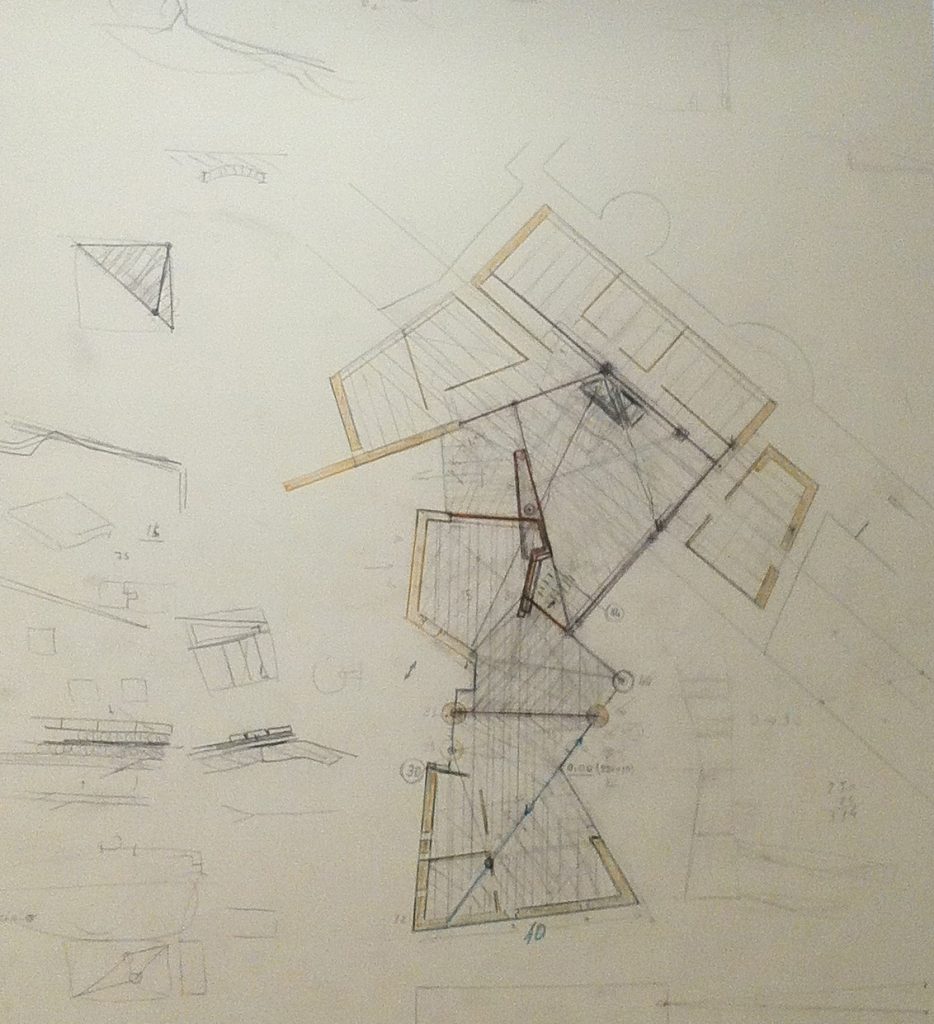 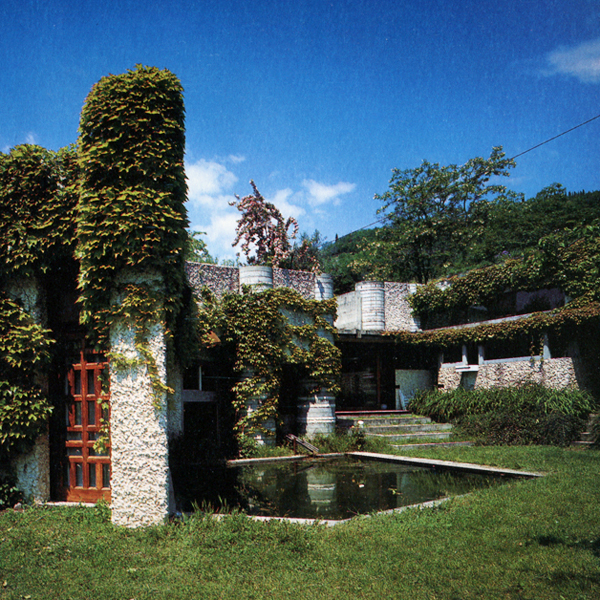 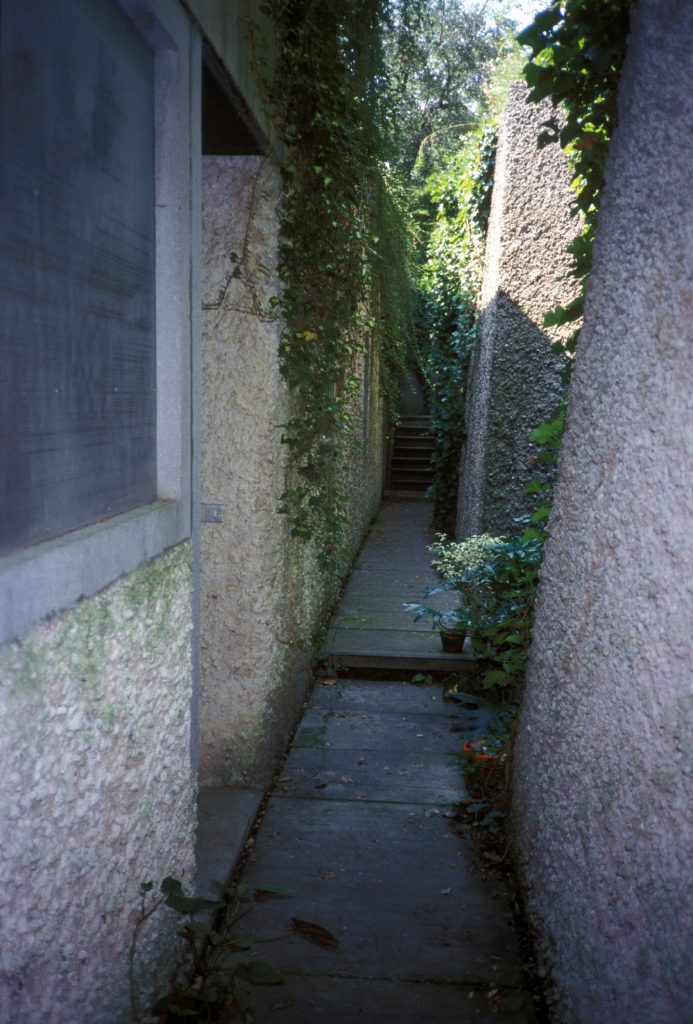 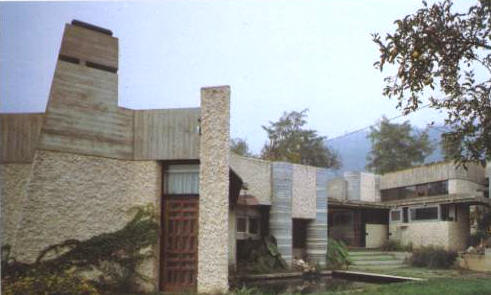 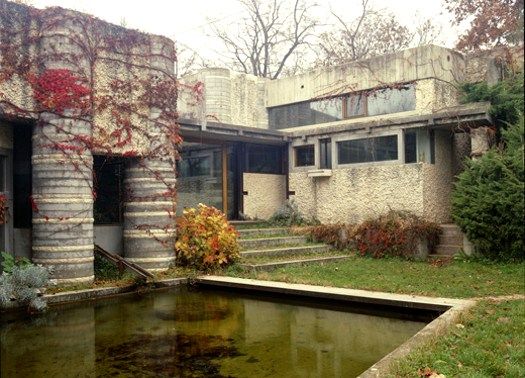 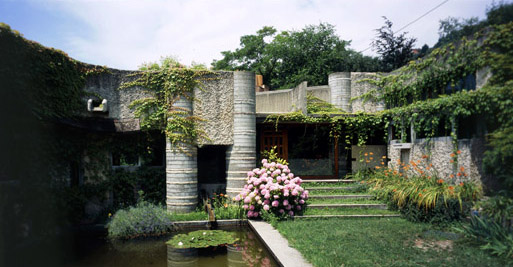 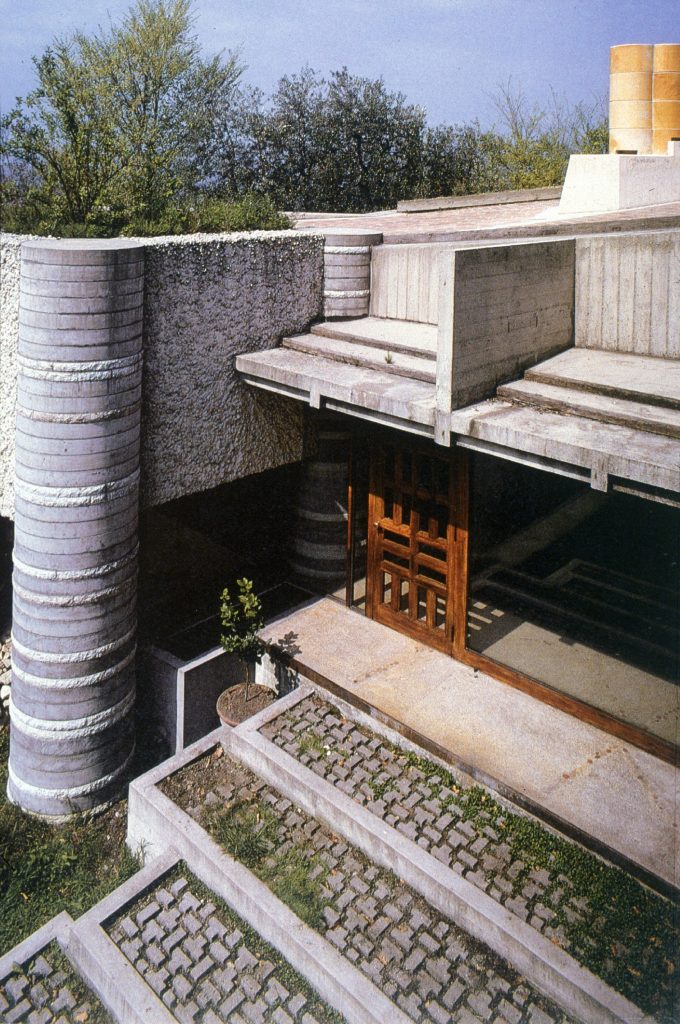 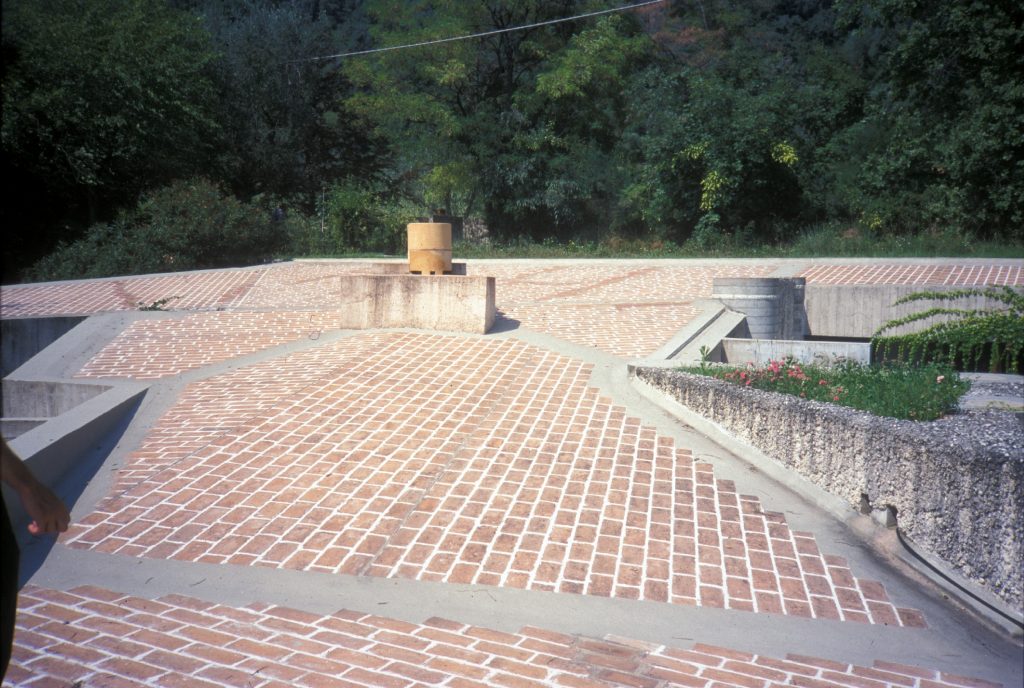 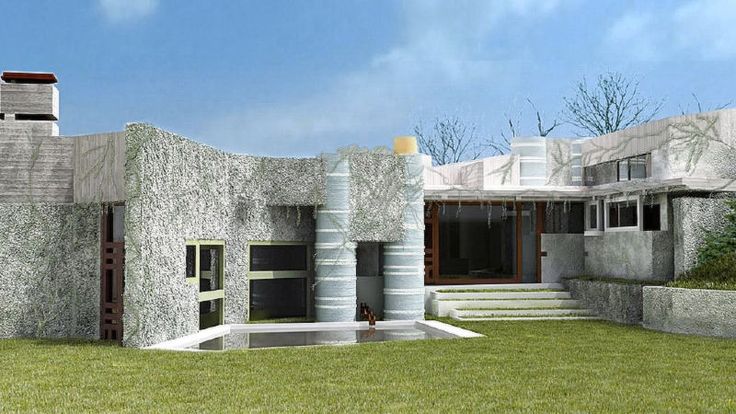 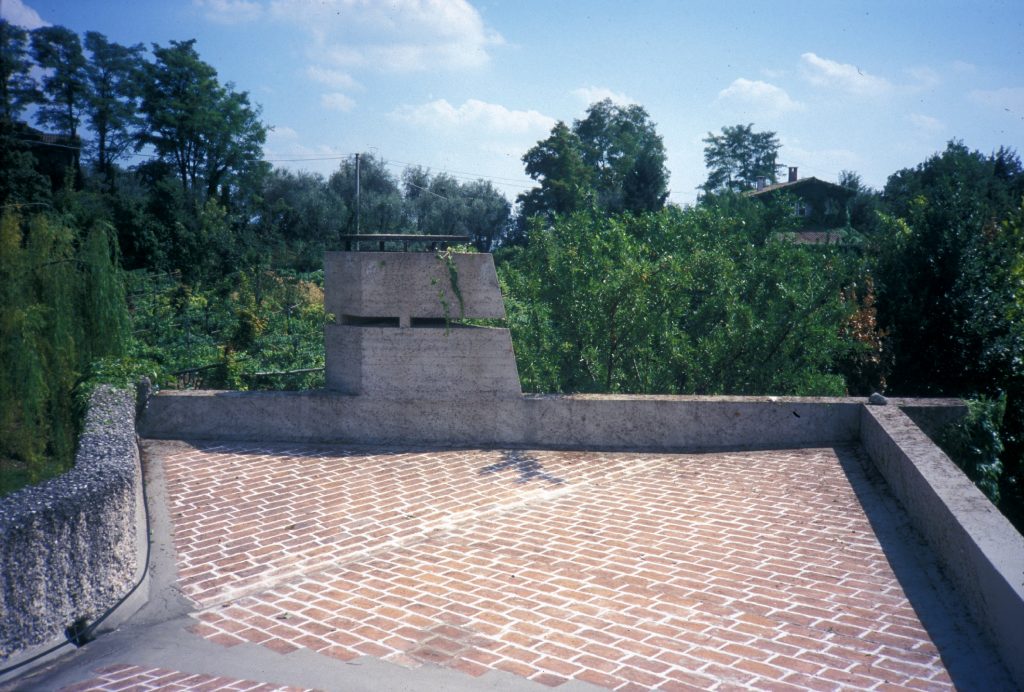 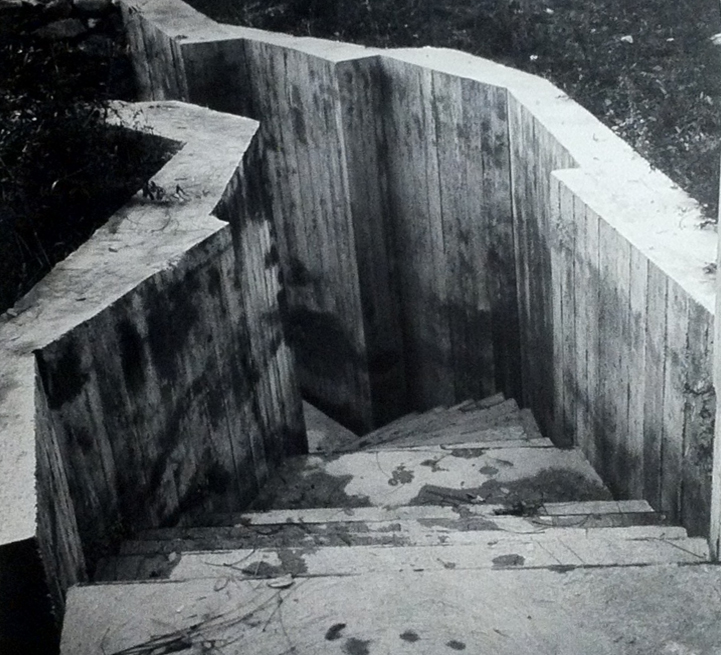 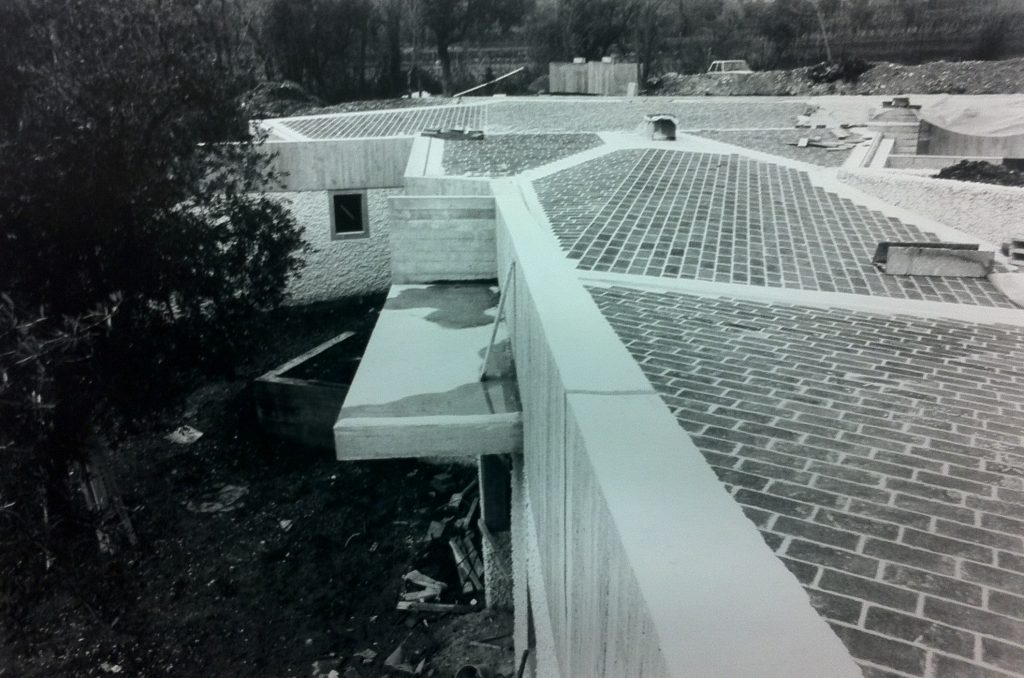 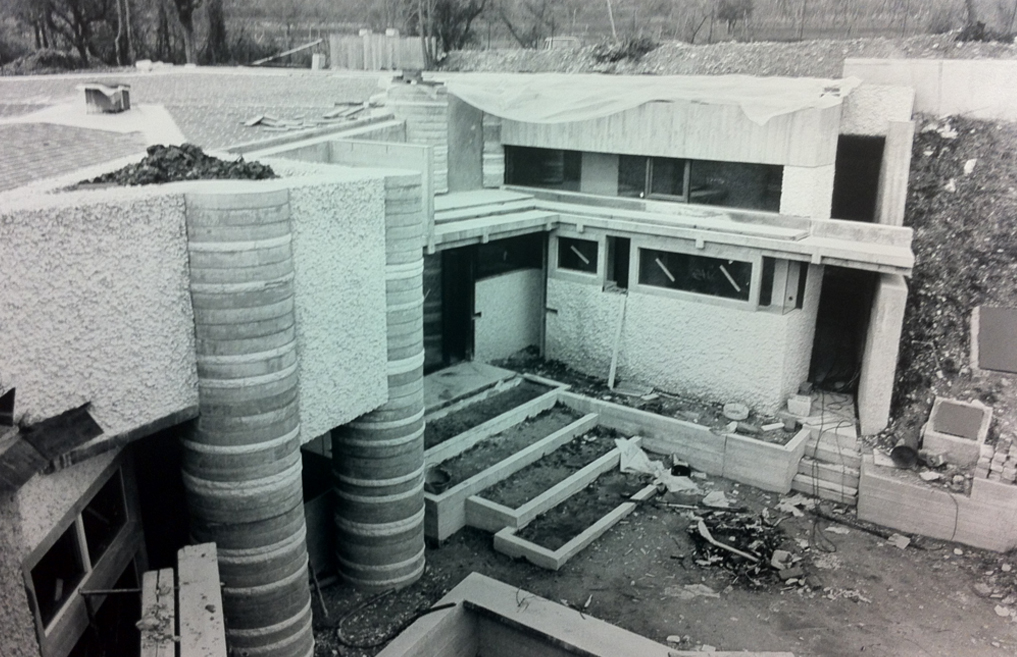 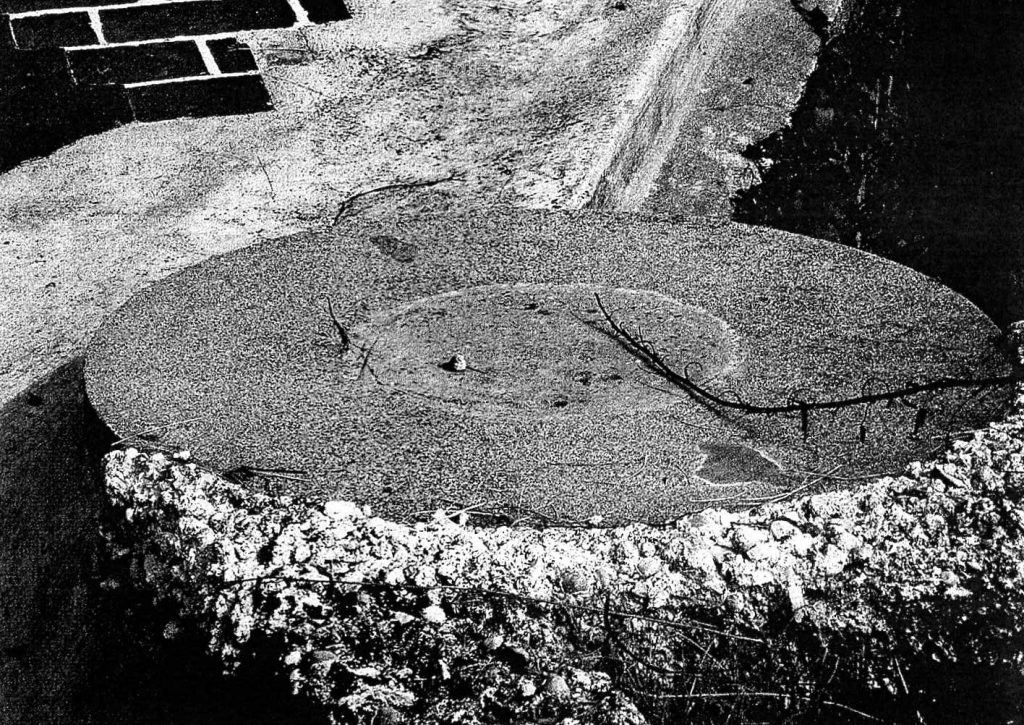 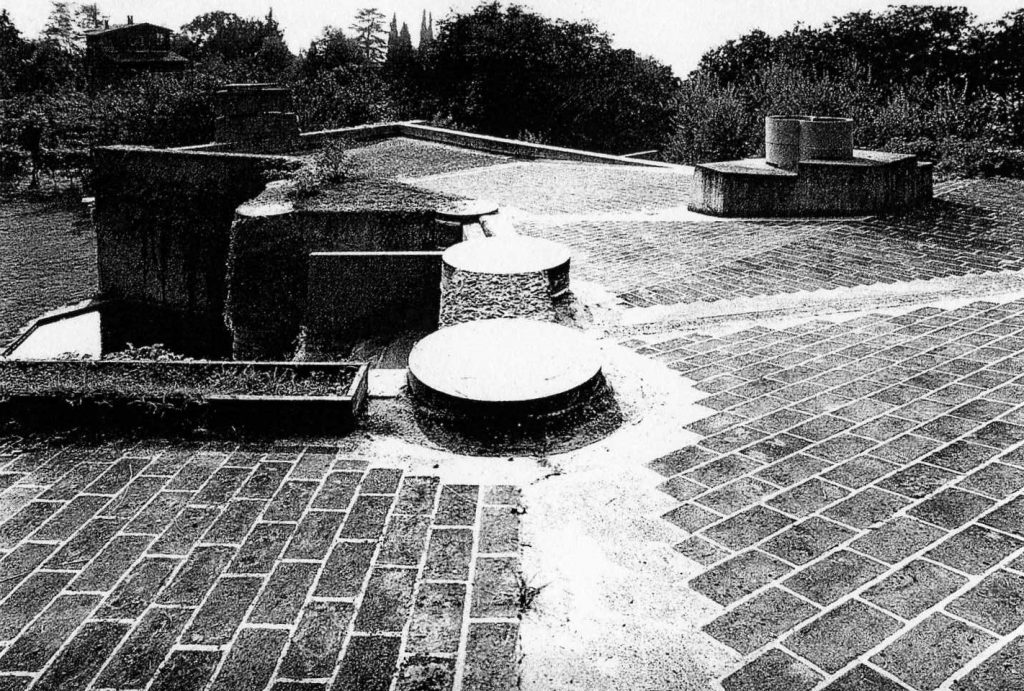 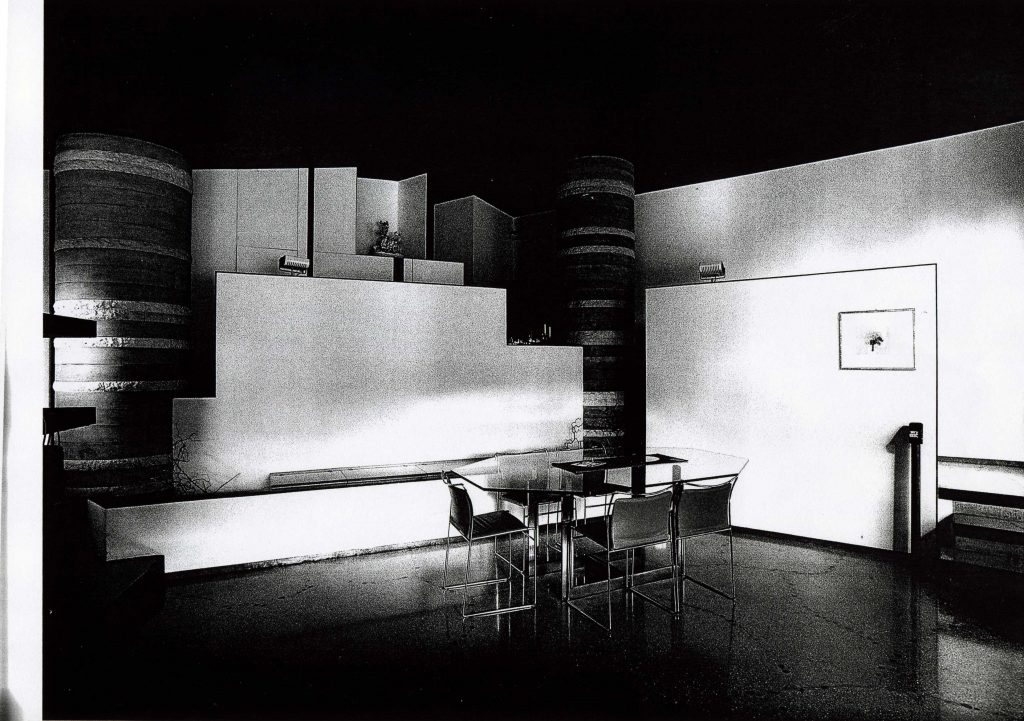 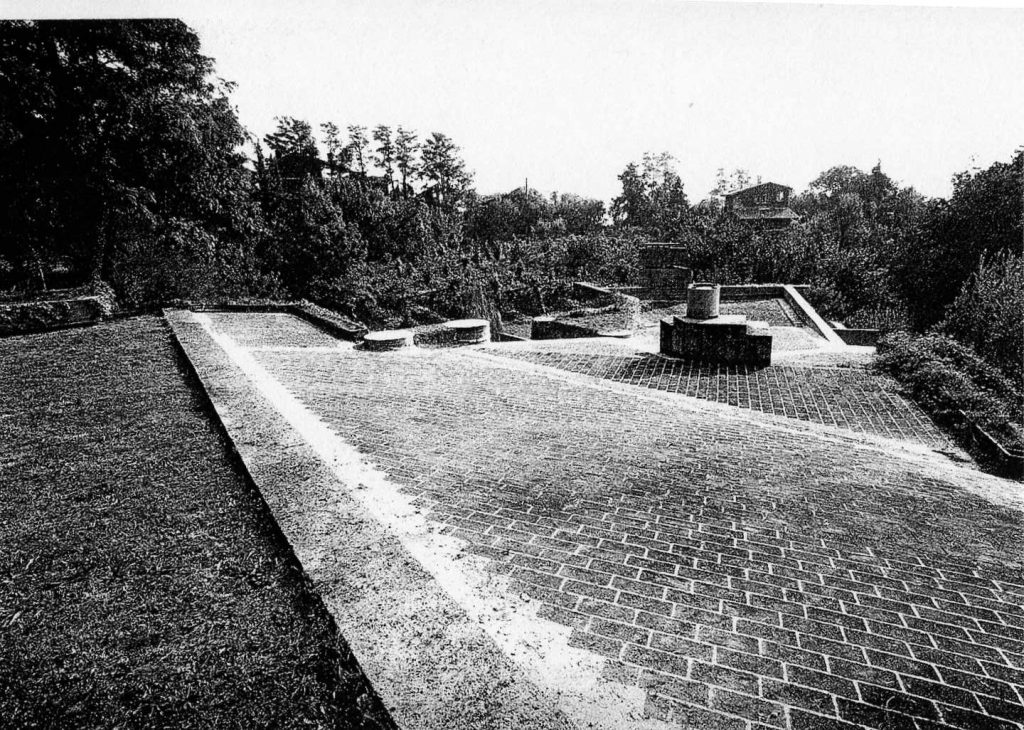 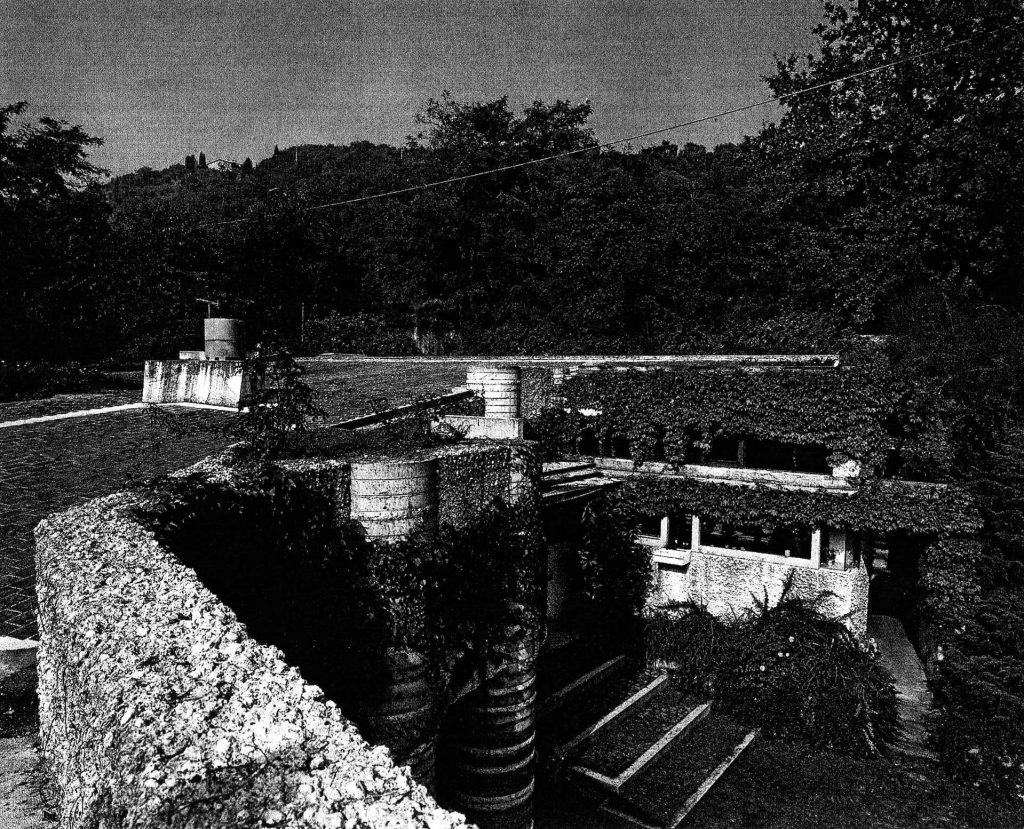 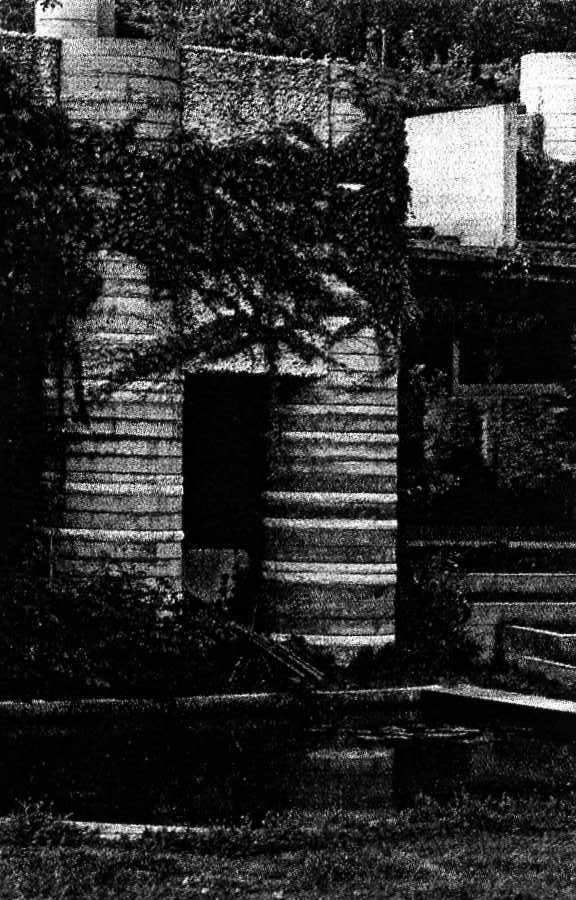 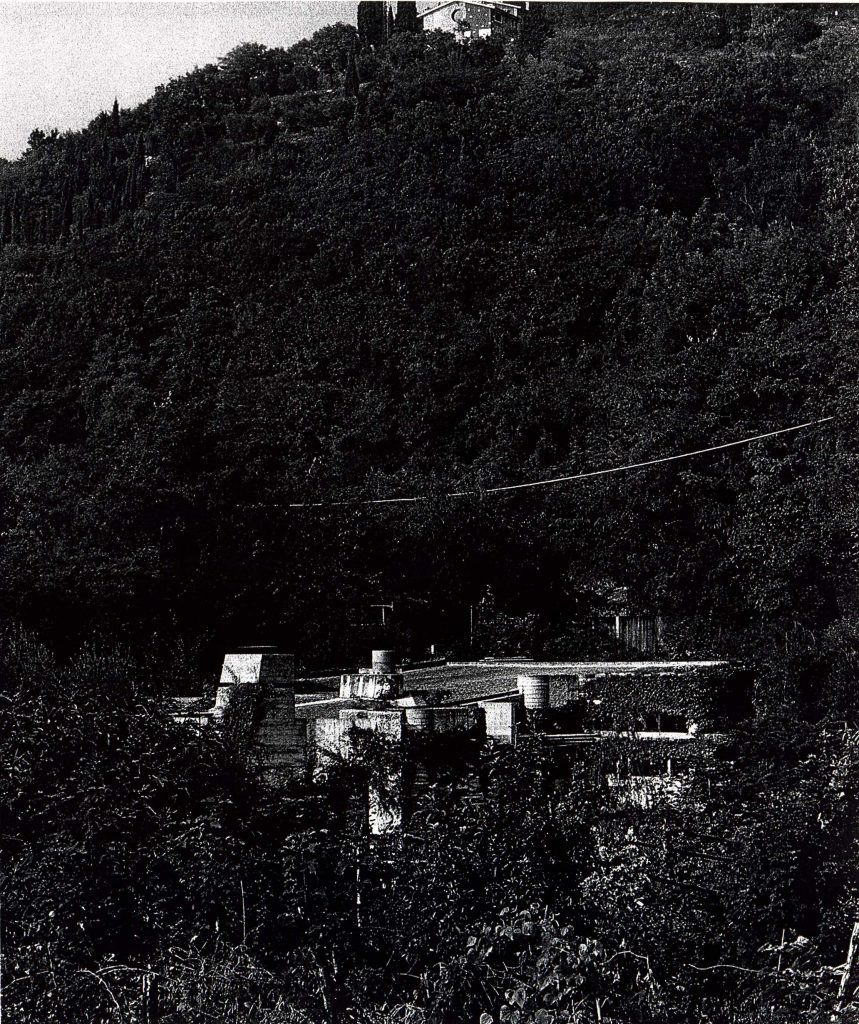 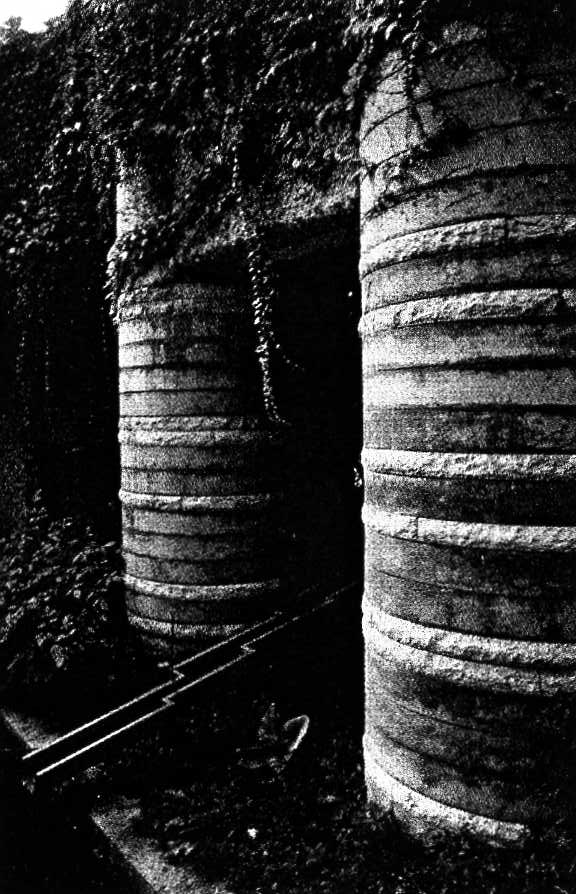 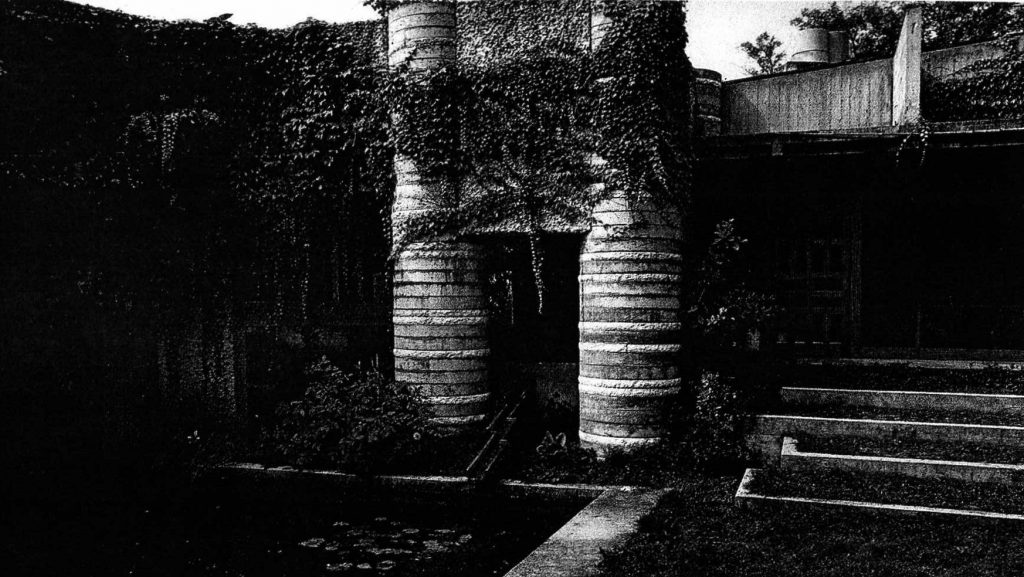