William E. Cook and his French wife Jeanne recognized in Le Corbusier a particular architectural style. Cook was an American journalist in Paris who practiced painting in his spare time. Gertrude not only knew Sean, also knew Sean Michael and Sara, so that made the request to Le Corbusier to design and build a house.

The Village and The villa Sean Cook, were designed and built at the same time. But the houses are very different, not only in size or complexity, also in the way they were designed. La Ville Stein suffered several redesigns to July 1926, while the Cook Ville for that month was reflected in almost flat. So do not take too much construction.

Recognized as one of the first works in which Le Corbusier projects according to the “five points” of the architecture: piles, roof garden, open plan, free facade and the side sliding window, as well as employment of the layout control (device used to control the proportions of the facade and the windows as the golden section).

The project approach is characteristic for the distribution pattern of spaces is common in reverse order, as the rooms are on the first floor, second floor is located the room-dining room and the third is located in the library and terrace.

It is considered a free plan as it rises from piles. Access is through a large entrance hall to get to the pedestrian on the left side in the center are the stairs to the top surrounded by a strong curve and the right side of the car. You can go through the plant to the garden in the back as well as access to a utility room.

The main staircase connects the ground floor with this plant that has room and the bathroom apartment located in the central space and movement. The rooms are spread throughout the plant seems to embrace the stairs that are trapped between the central belt of columns from which it follows a curved wall that defines the premium room in the second.

Climbing the stairs to the second level where it stops. At this level there is the double-height room, dining room and kitchen. The plant is characterized by a kitchen that is connected both to the stairs leading to the room, which begins toward the library, as well as an “office” that separates and connects the kitchen with the dining room. Both dining rooms have views towards the main courtyard access.

At the same time on the double-height space of the room there is a curve inflection points us to express these contradictions first a classical anti modular space as is the balcony on facade.

At this level, a library, which has woodwork that connect to the main terrace, where we see the semicircular wall that goes into the room to allow more room on the balcony in front of him and part of the facade free of the building.

As in most of the houses of Le Corbusier the structure was performed by slab formwork encasetonadas or system. As one of the first projects the Villa Cook maintains the design of the 5 points from the assumption Le Corbusier. So, in terms of structure, using the formwork slab system and columns which gives a free plant. In the town Cook pilotis structure divides space into three sections that are reflected in the plant.

As for materials used reinforced concrete as the principal generator parts, such as handrails, floor tiles, walls (some charge). It also uses the wall of clay, this usually is used as a double wall with mortar coating to generate smooth surfaces on the walls. On the other hand uses extruded steel profiles and sheets of glass for the timber and tubular profiles railings.

We can not forget the wood as a material that provides warmth to the spaces, so these are generally used in cabinets and furniture. 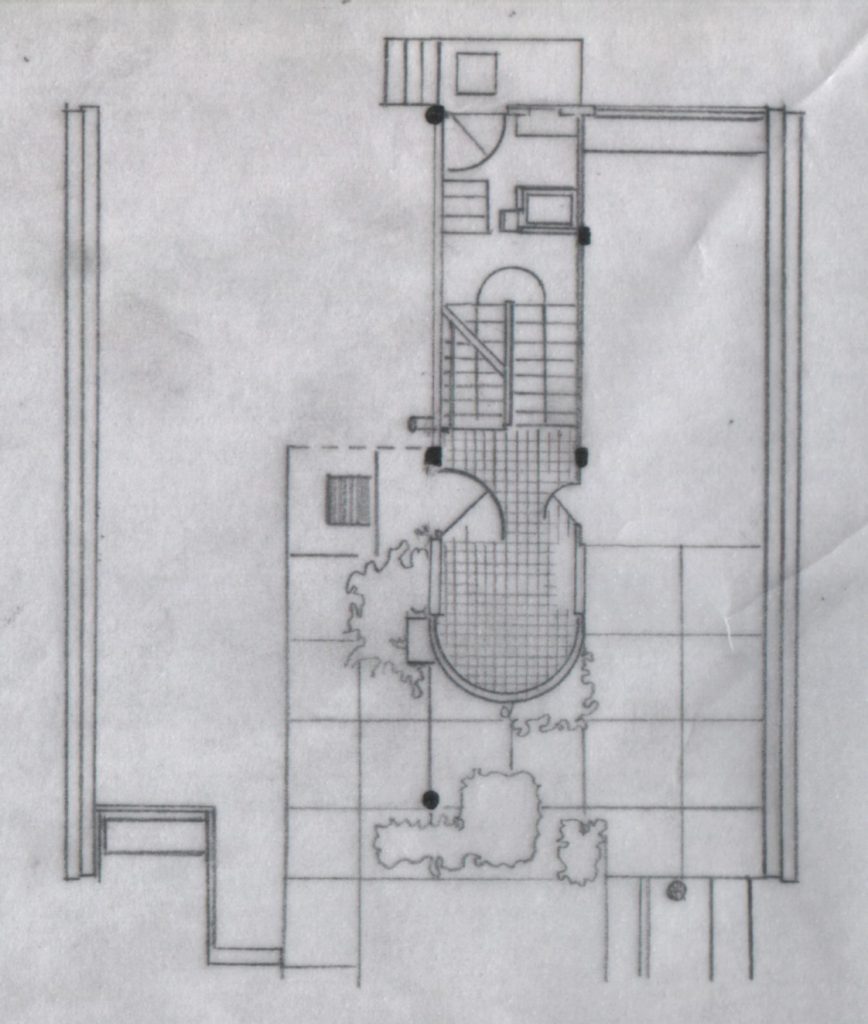 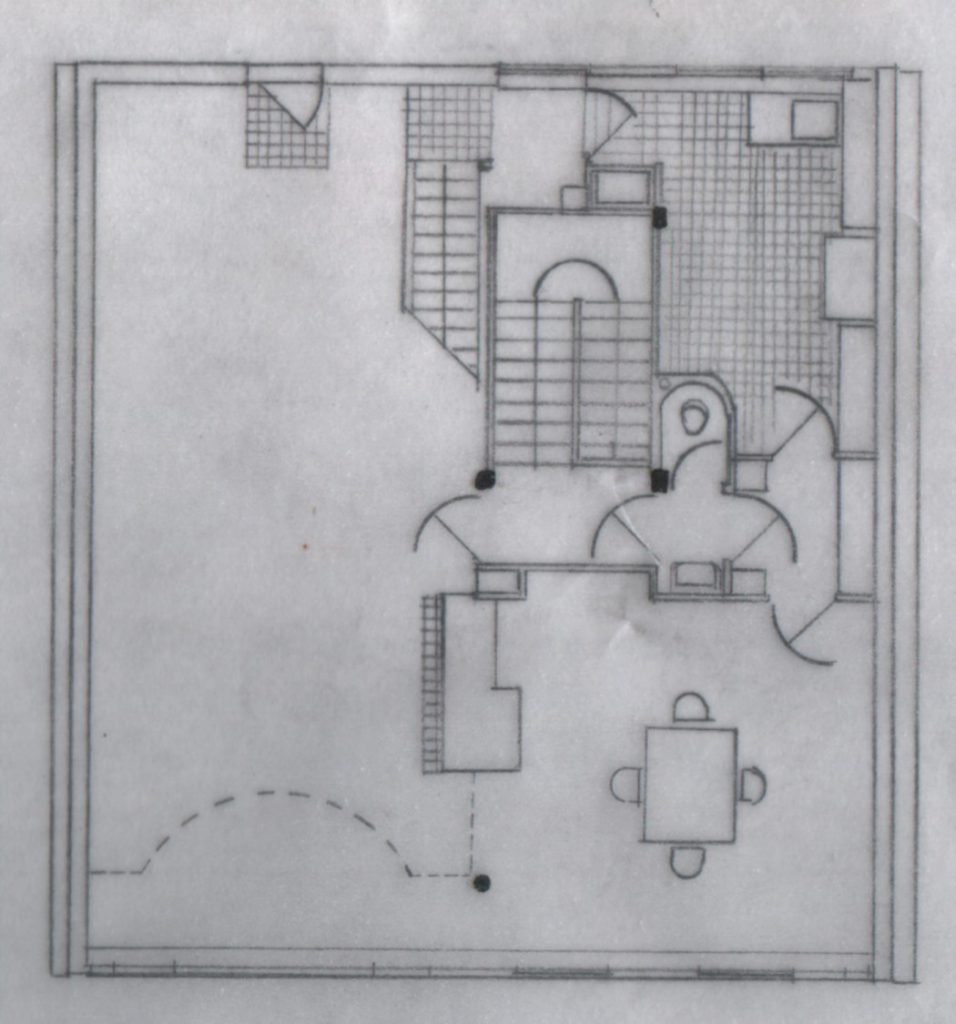 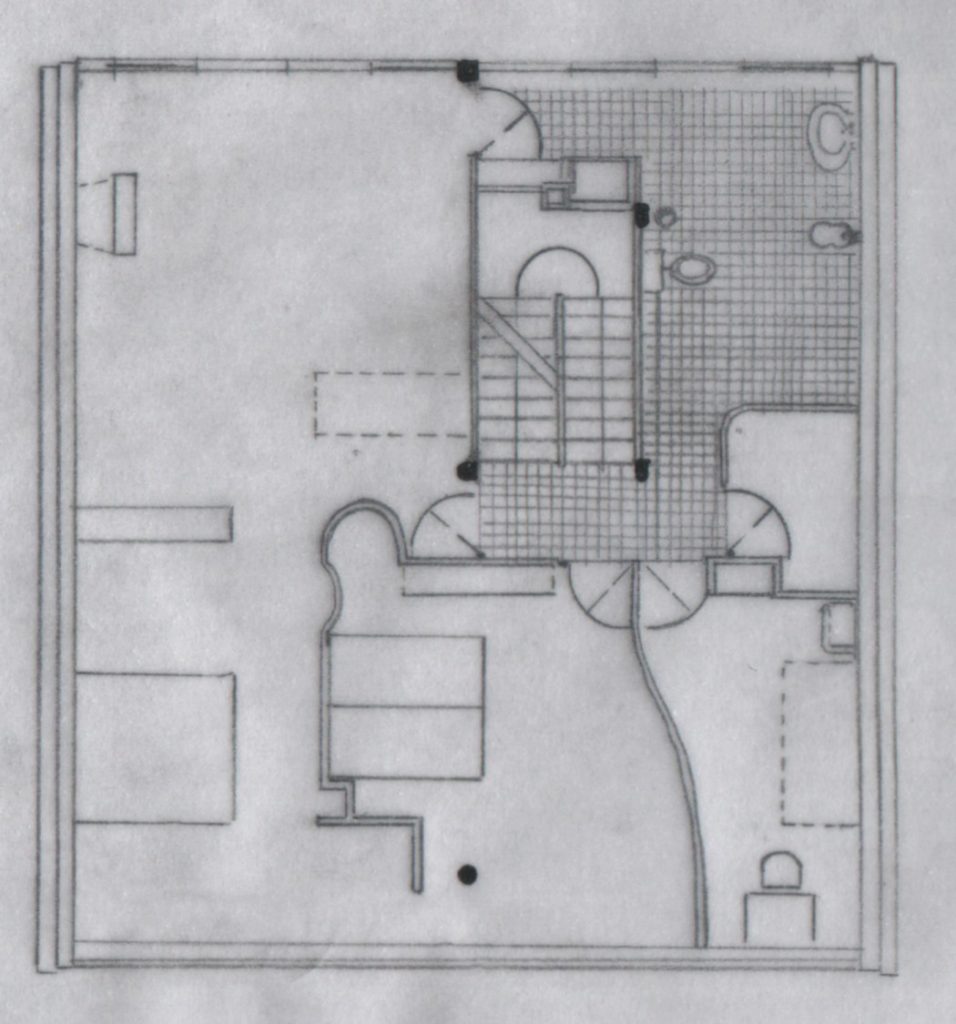 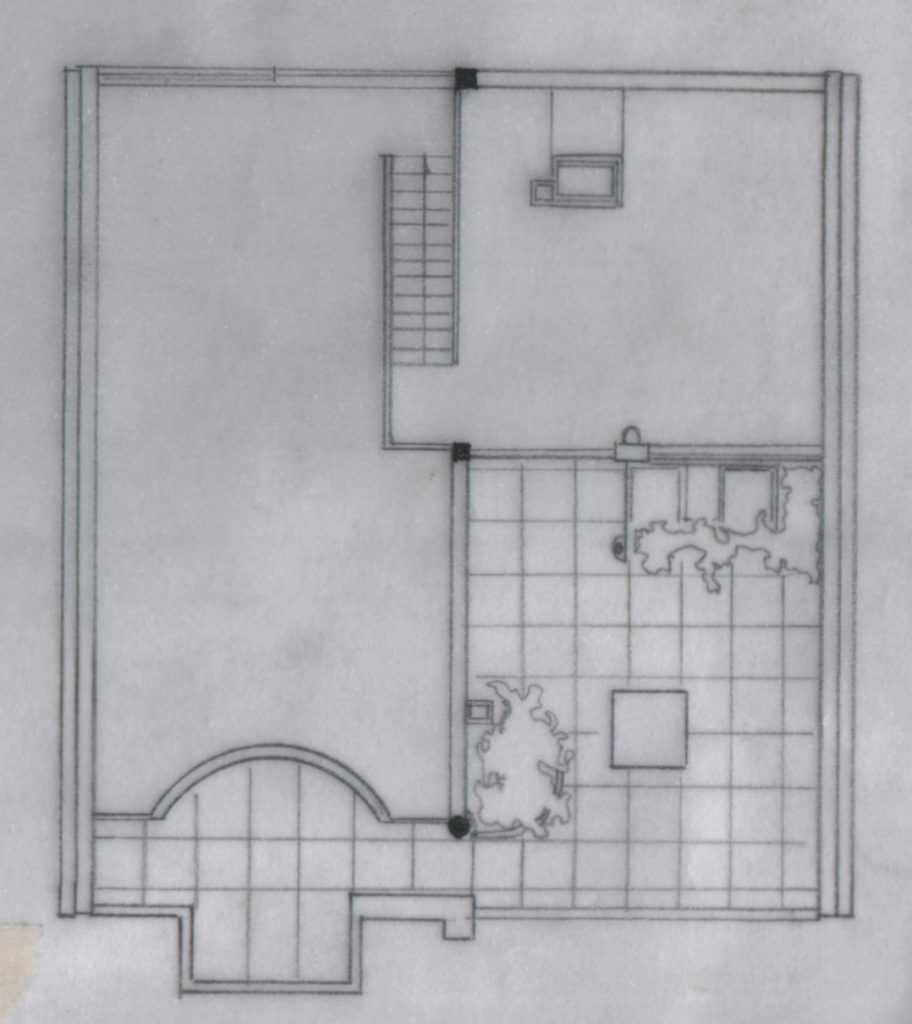 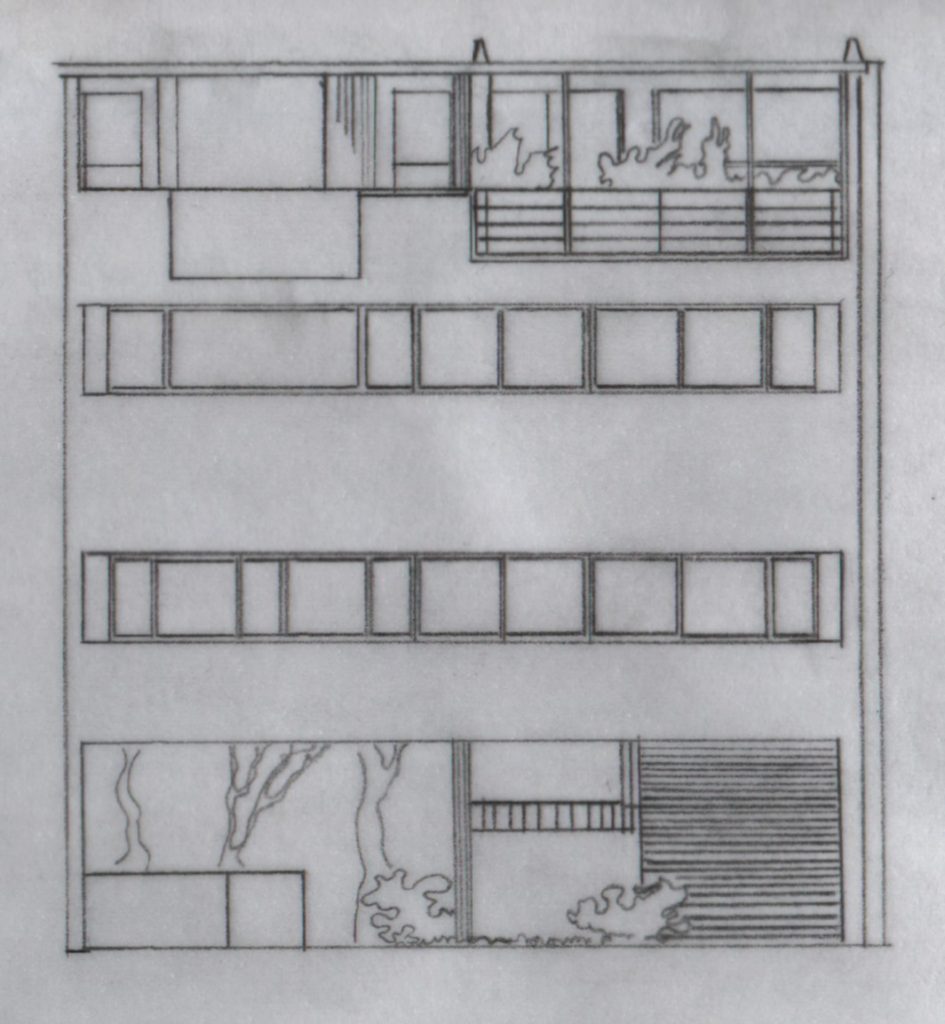 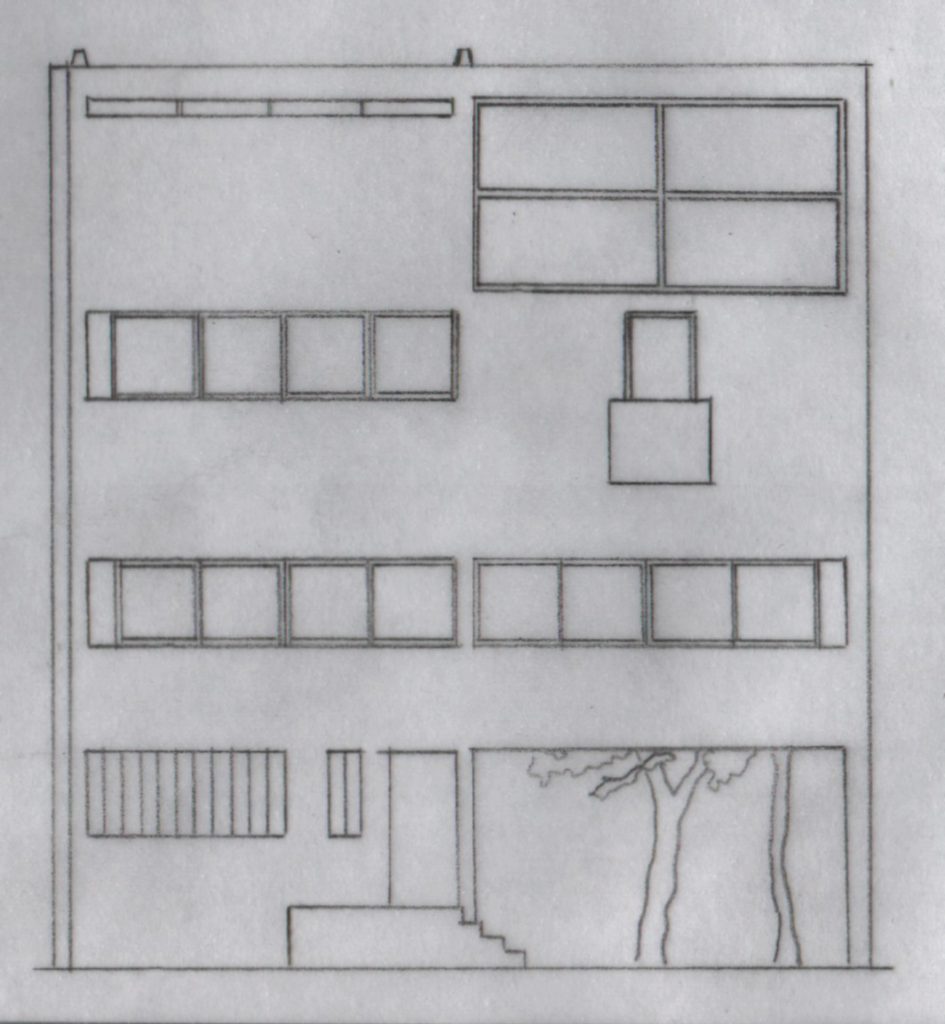 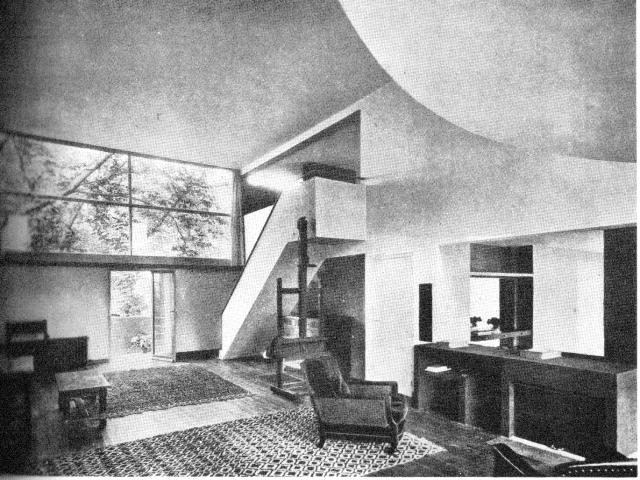 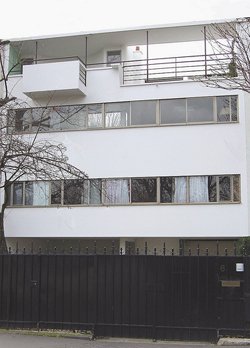 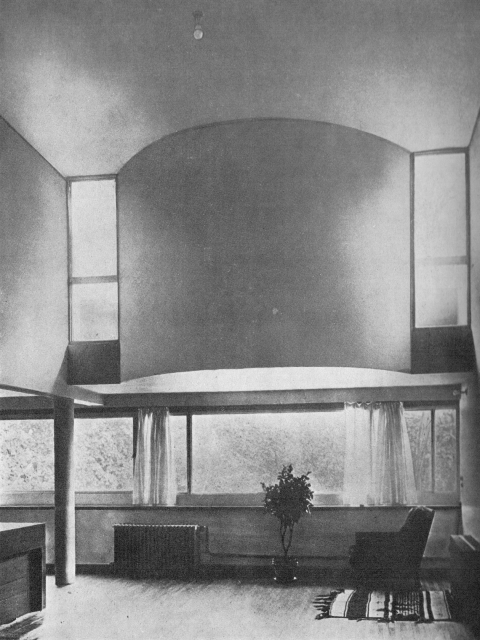 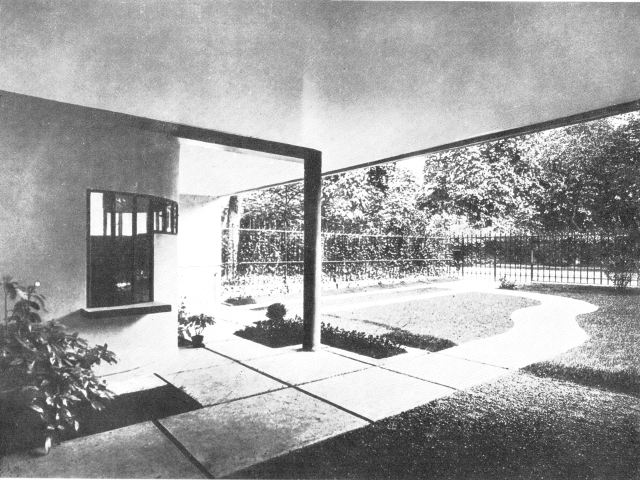 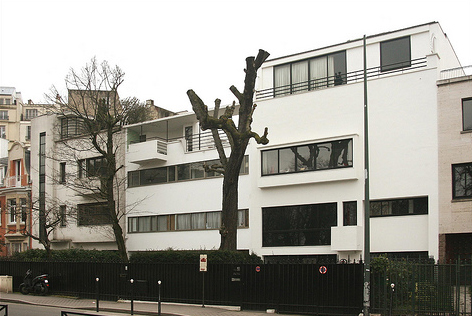 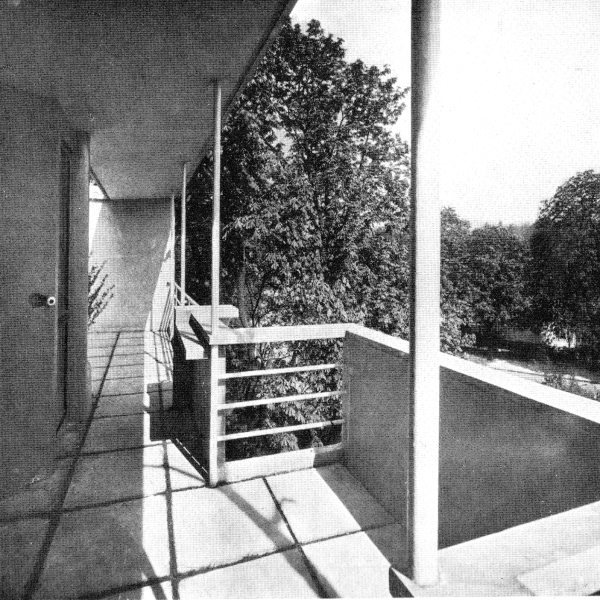 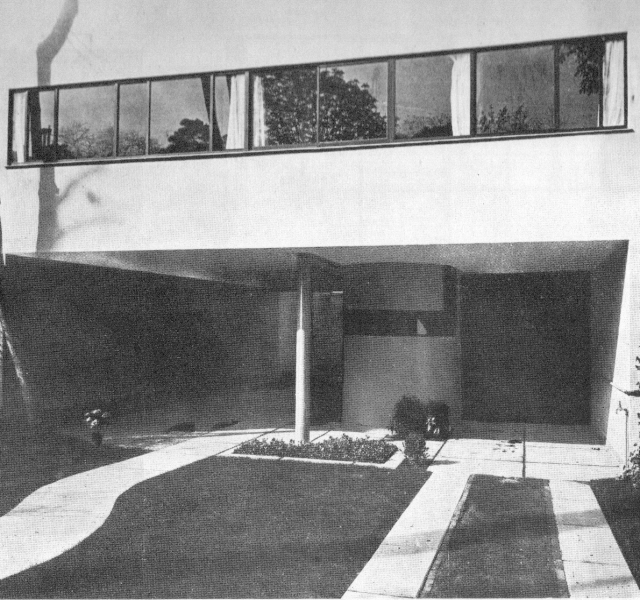