The project consisted in remaking the street entrance and fence of a house built in 1986 in the neighborhood of La Levantina in Sitges, a town located 36km south from Barcelona.

Back when the house was built the area had a very low density of population, with just a few houses popping out in a landscape otherwise dominated by vines. Parking your car on the street right in front of your house was not a problem.

The area however became more and more popular with time, houses took over the rural landscape and car transit started to increase. The C-32 highway was built for the 1992 Barcelona Olympic games making Sitges just a 30 minutes’ drive from the city and therefore a preferred location on only for vacation but for people who will go to work to Barcelona every day.

Parking in front of your own house wasn’t that simple anymore and cars started being kept indoors. However even the time it took for someone to step out of his car to open the gate and drive in was enough to generate a short line of cars waiting to pass by, so in 2004 the family who owned the house decided to automate the opening of the garage and remake the pedestrian entrance and the whole fence along the way.

The door for the vehicles are made of steel pedestrian polite.

Once placed oxidise the material was left by natural means and is paired with baths salfumán.
Once oxidized the oxide layer protects the material still “healthy” of the inner layers so that the maintenance, unlike the painted metal is minimal.
However once achieved the desired result is a layer of varnish applied to both doors to prevent rust manchase to the house to franquearlas and pedestrians can move on the sidewalk and brush structure.

The roof is built on a reinforced concrete containment perimeter where the concrete is the same profile as the Court gives wave.

The top of the roof has two remaining light from the central longitudinal axis to the sides to avoid envalsamiento rainwater. Moreover once the concrete is curing varnish with waterproof material from the top to prevent water leaks were most likely produced by subjecting the structure to prolonged periods of rain due to its low thickness 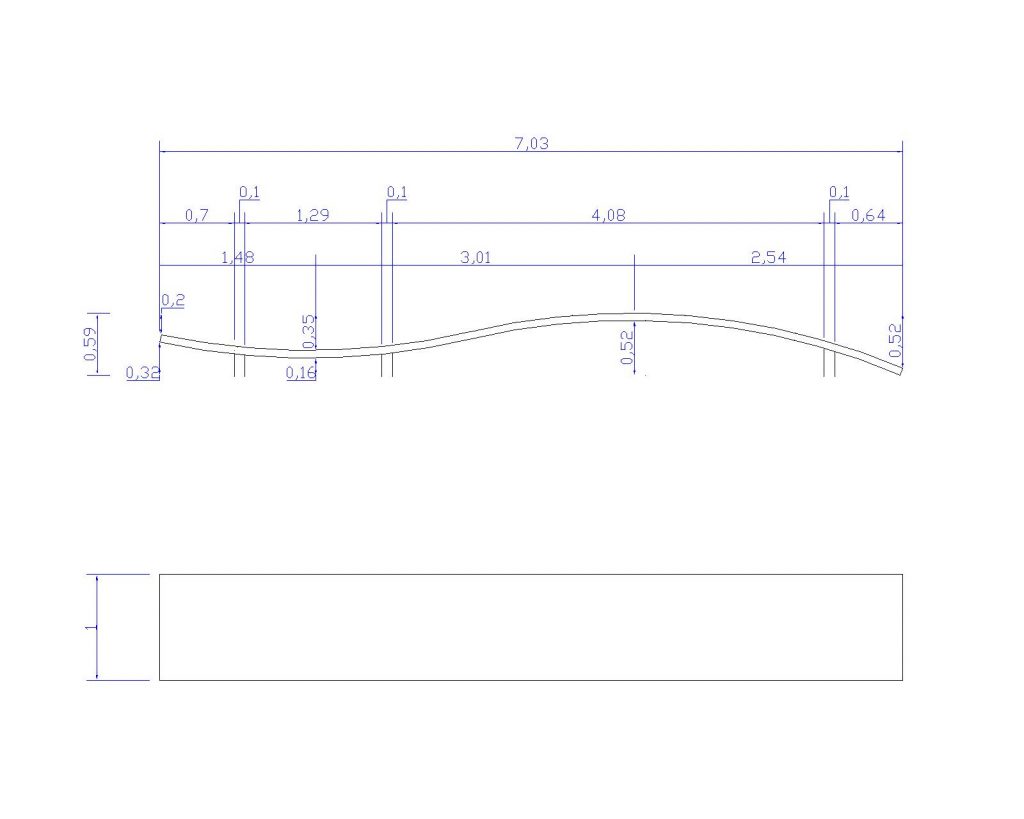 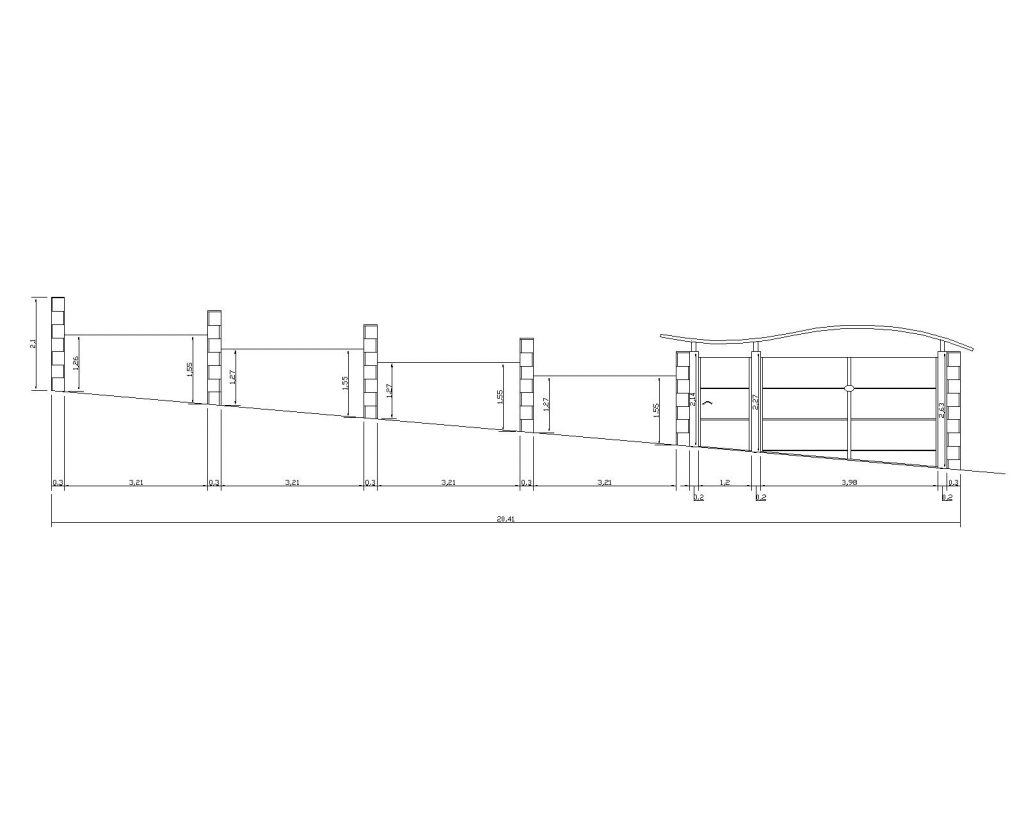 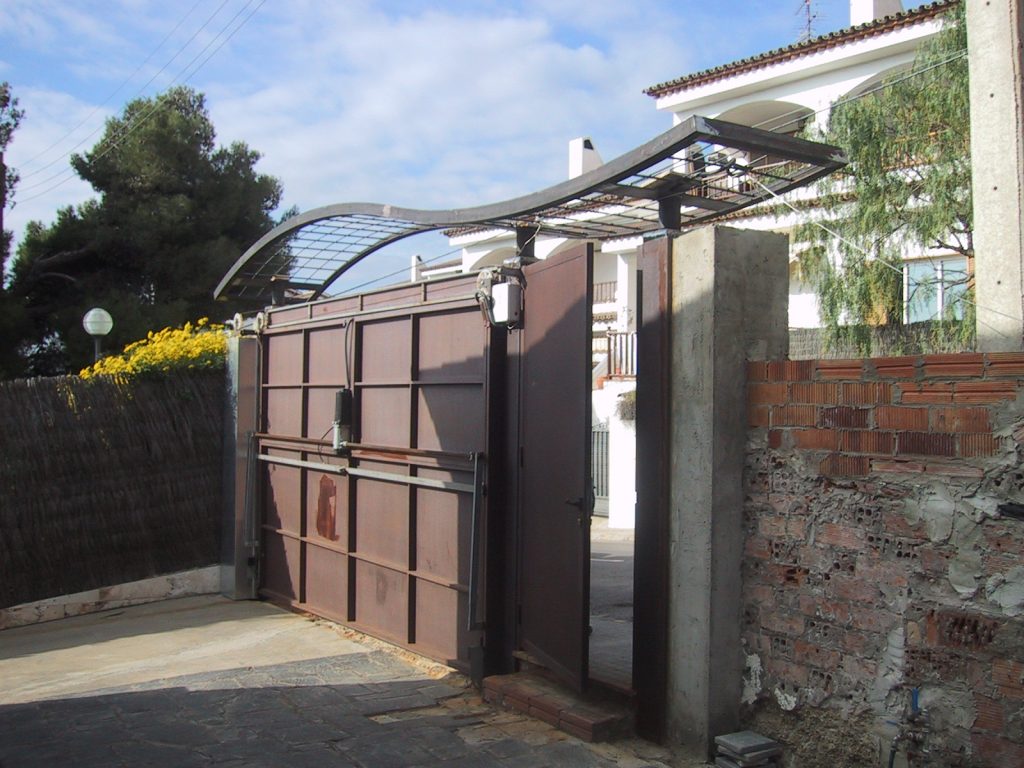 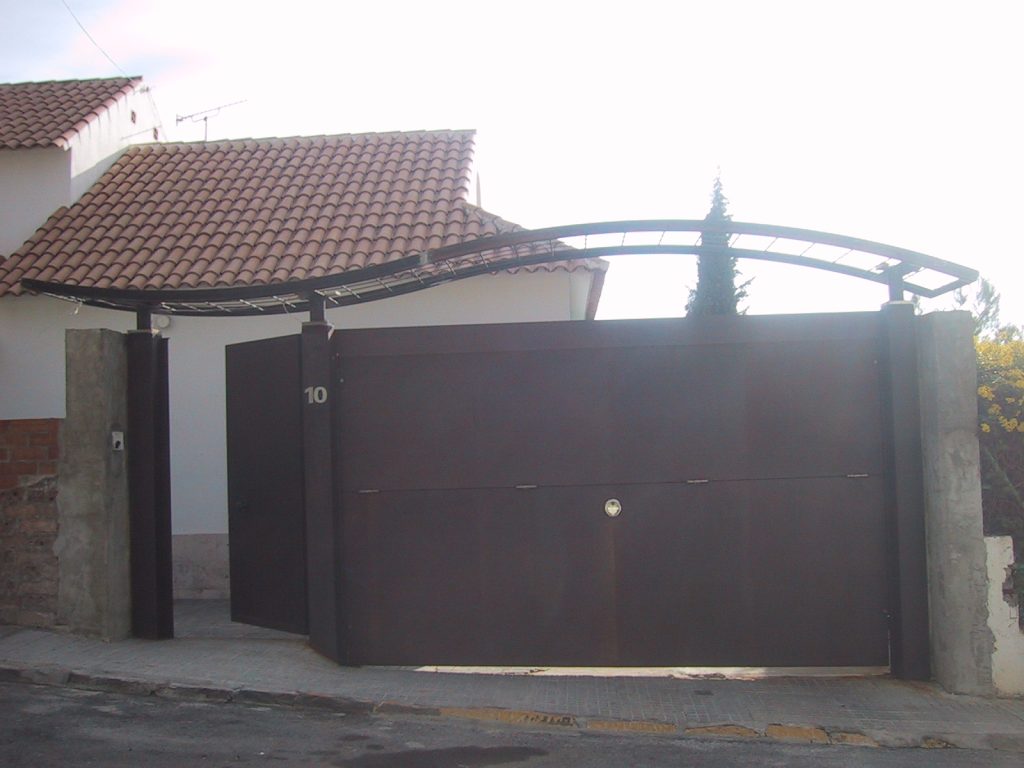 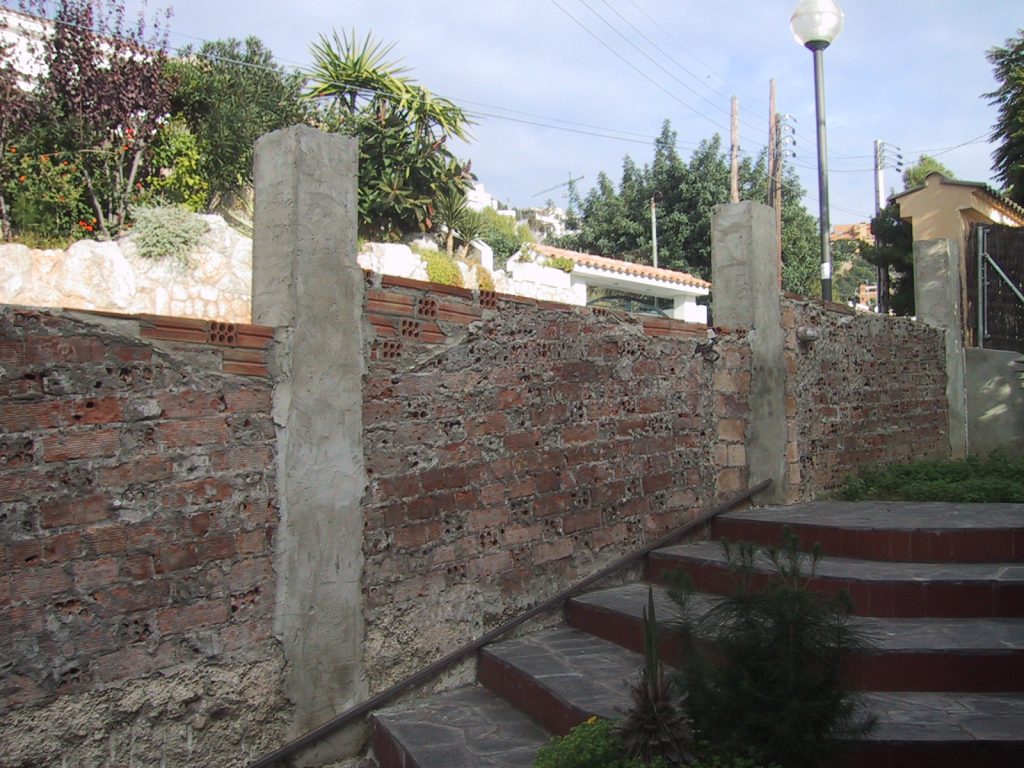 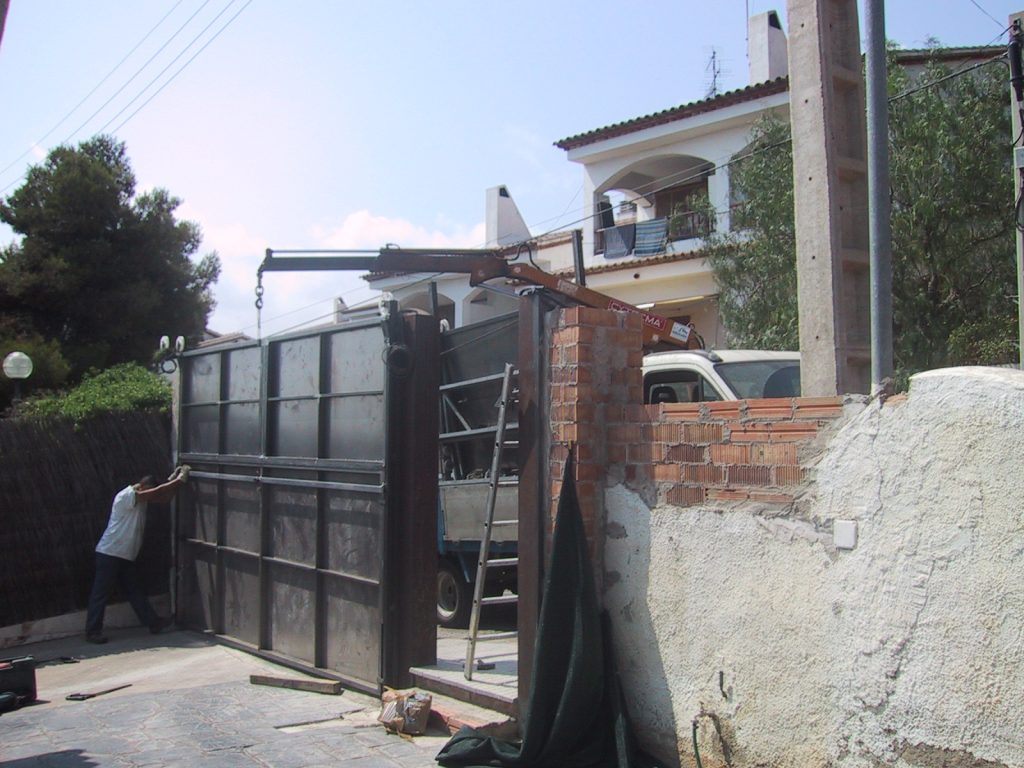 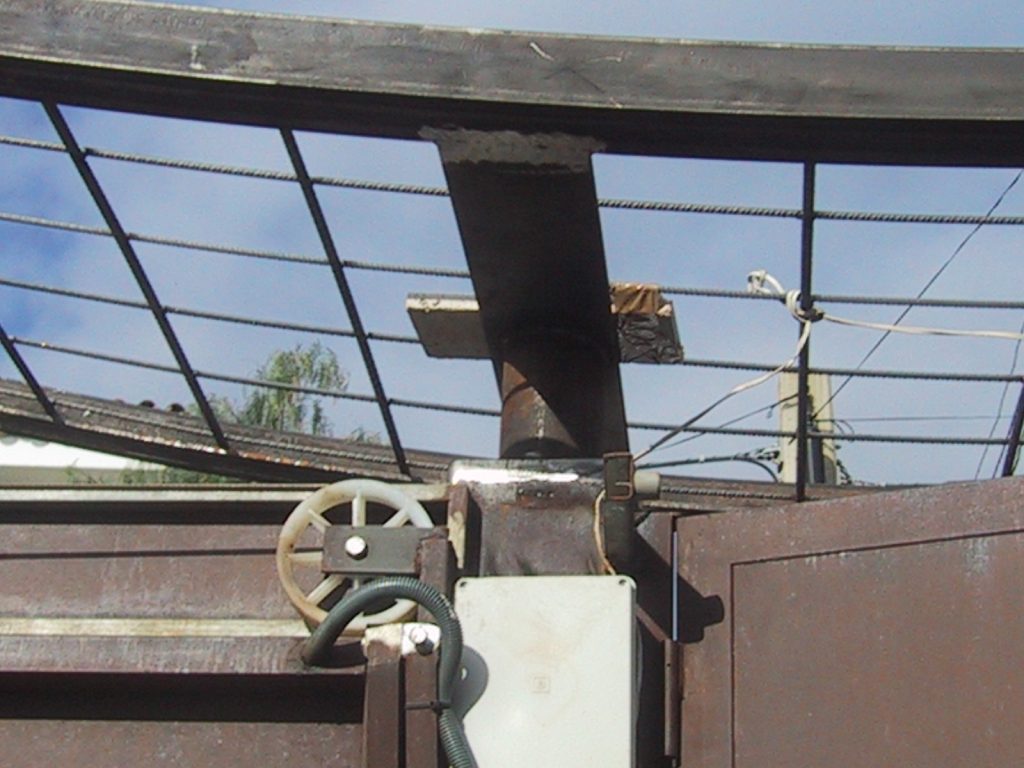 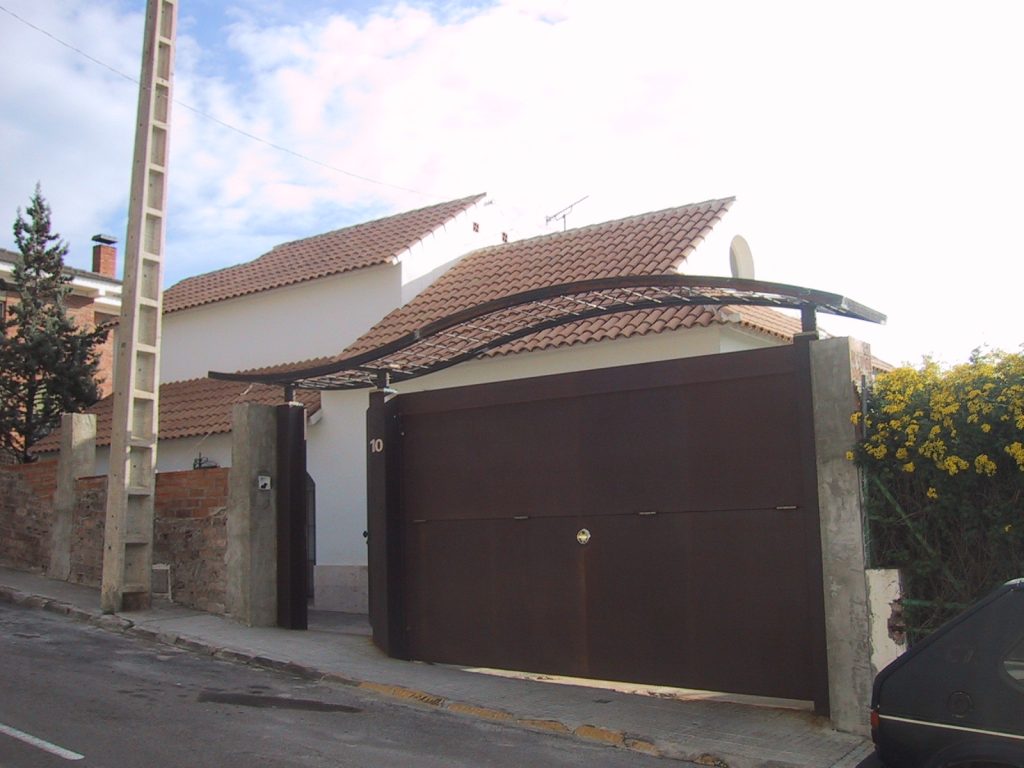 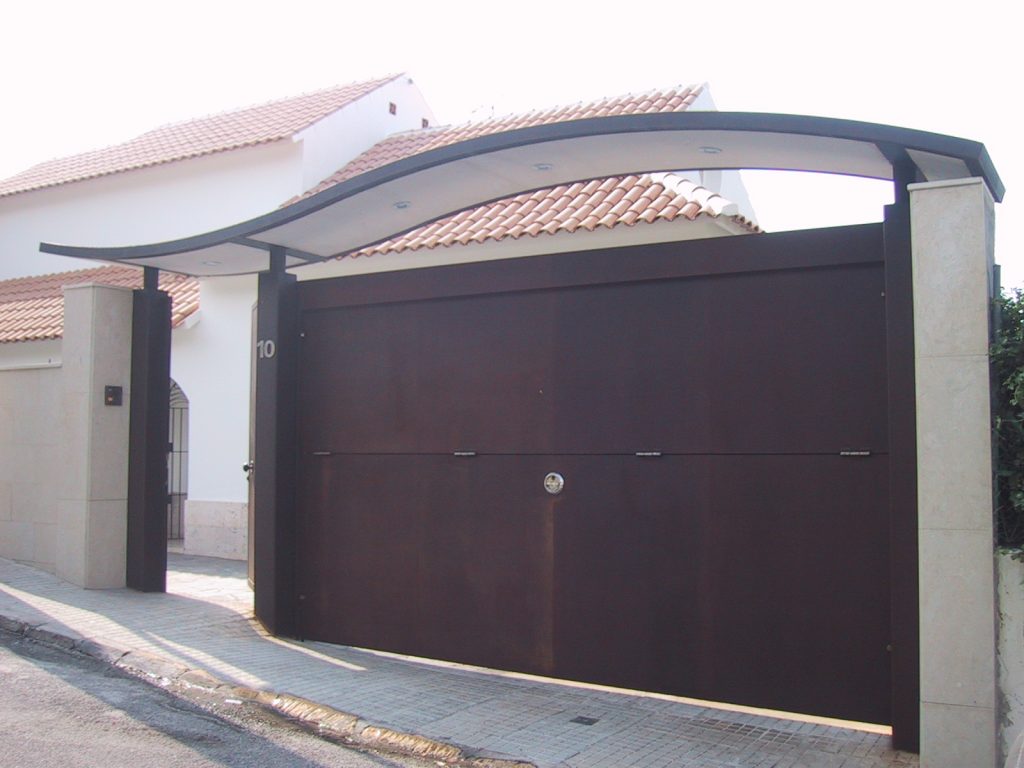 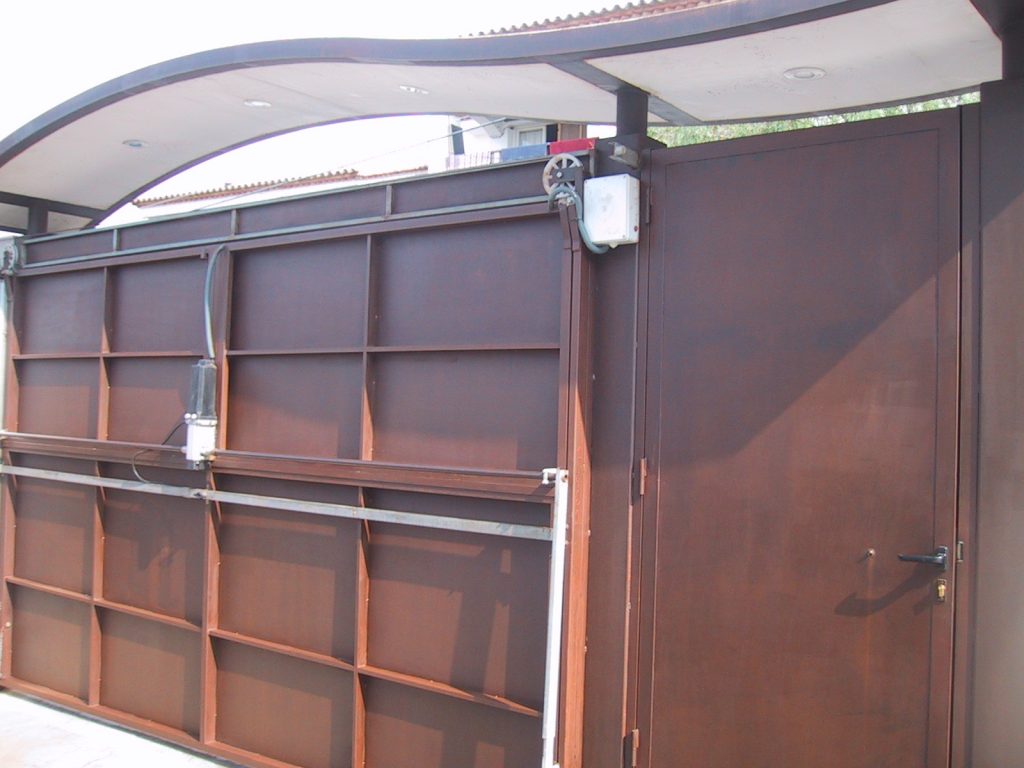 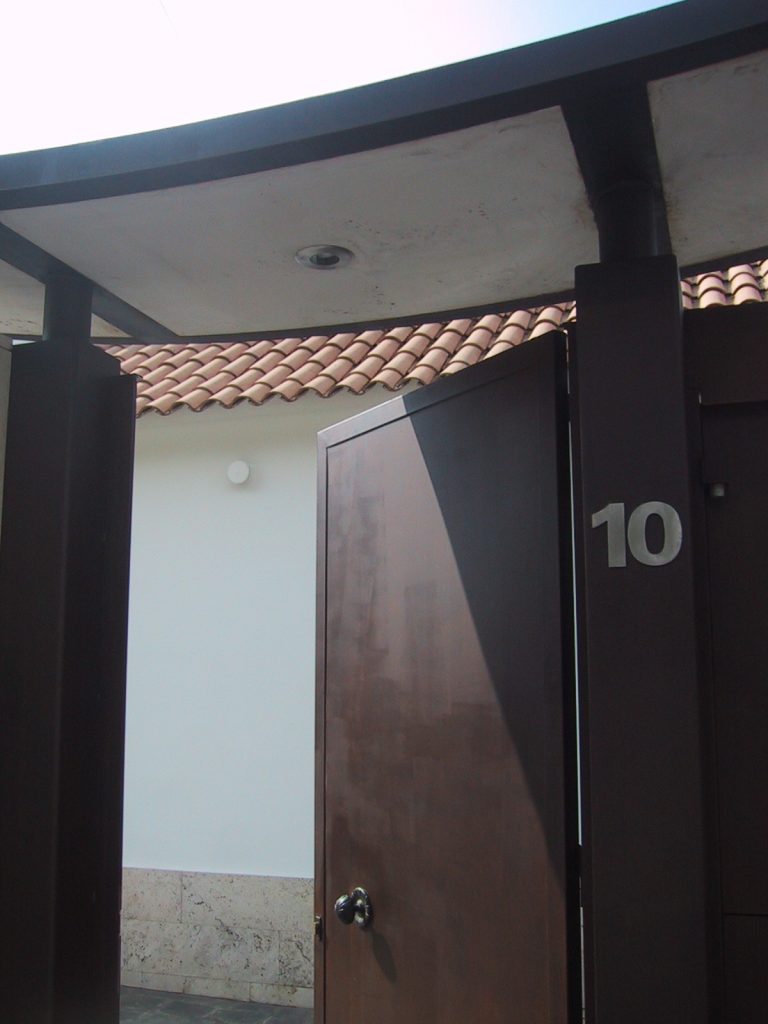 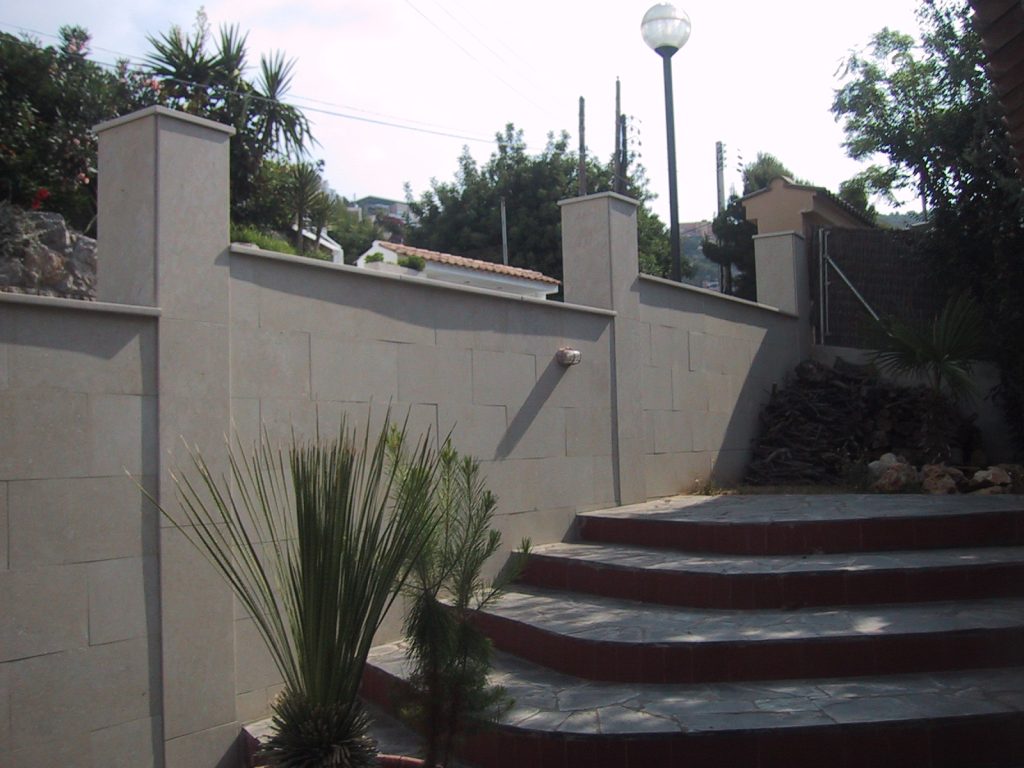 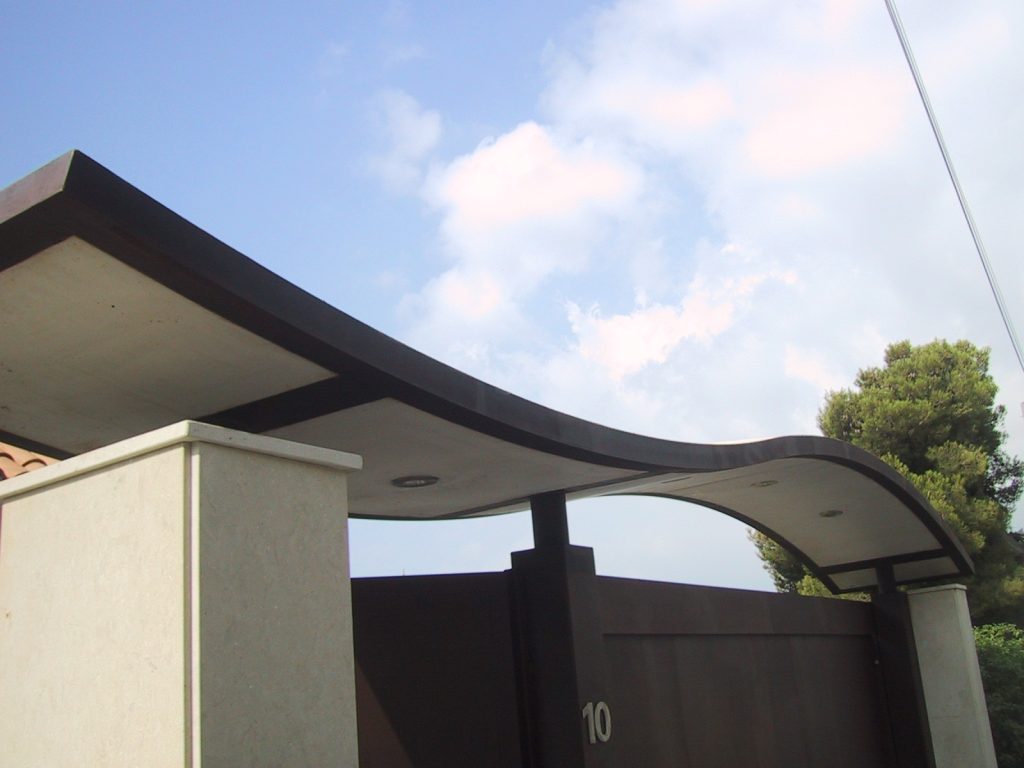 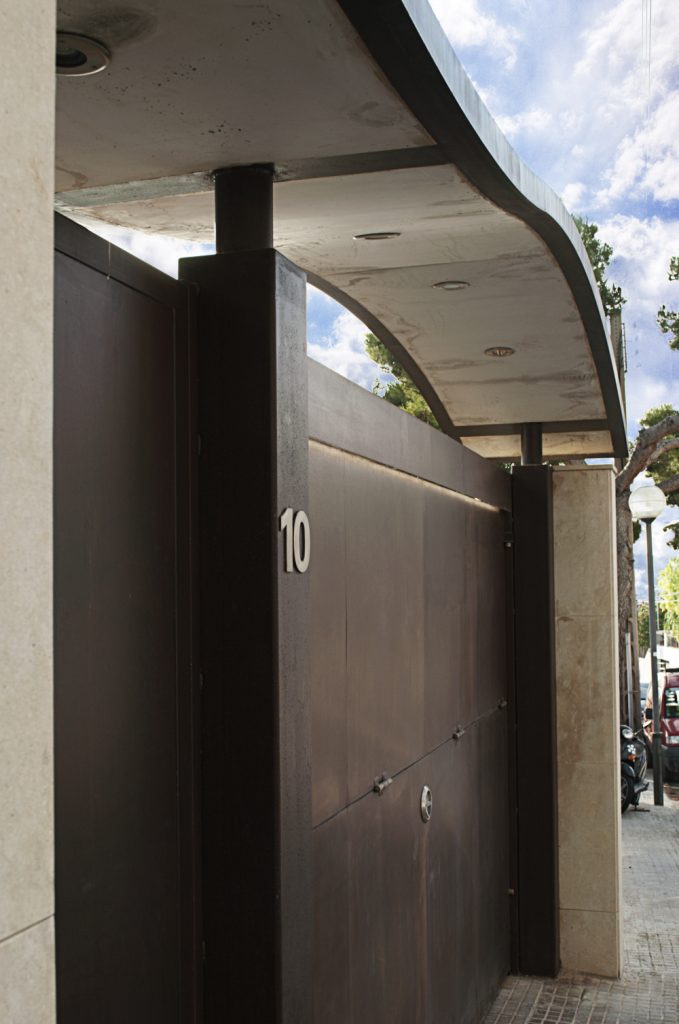 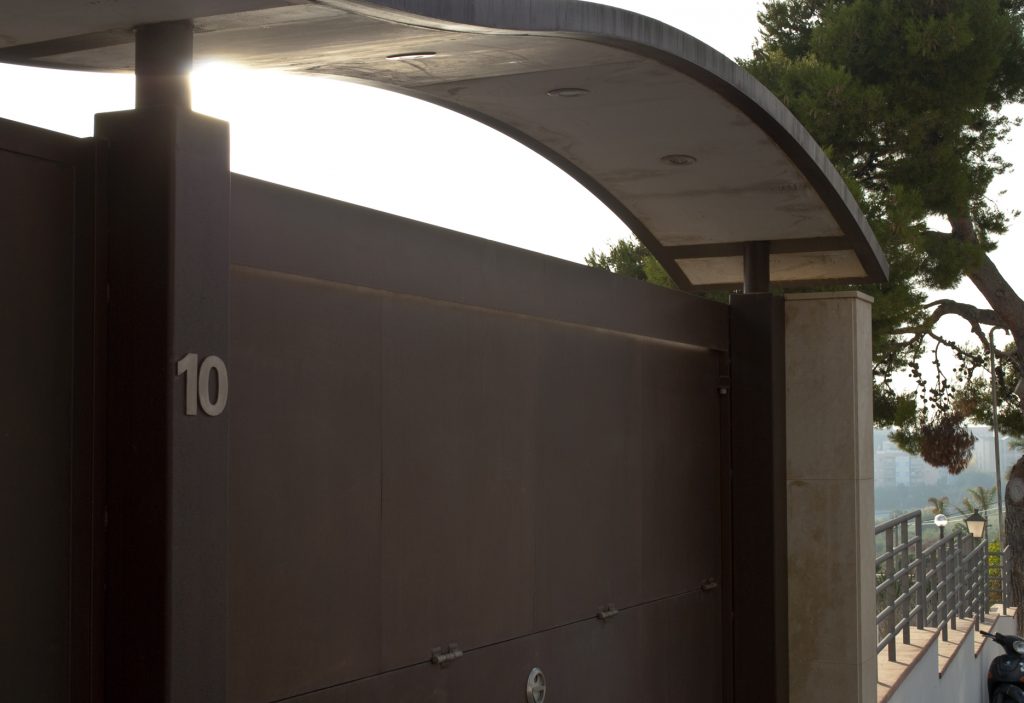 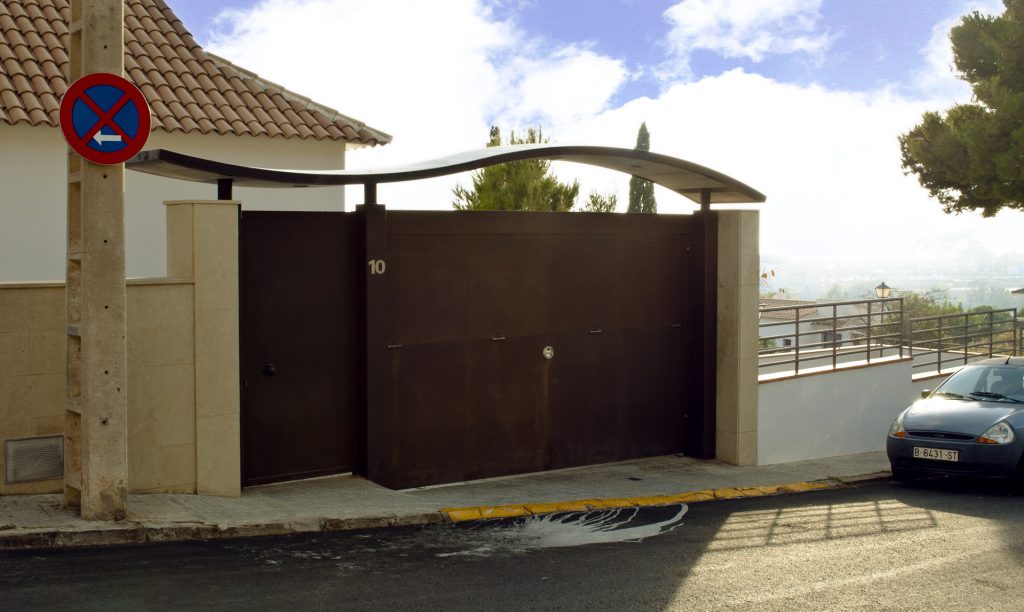 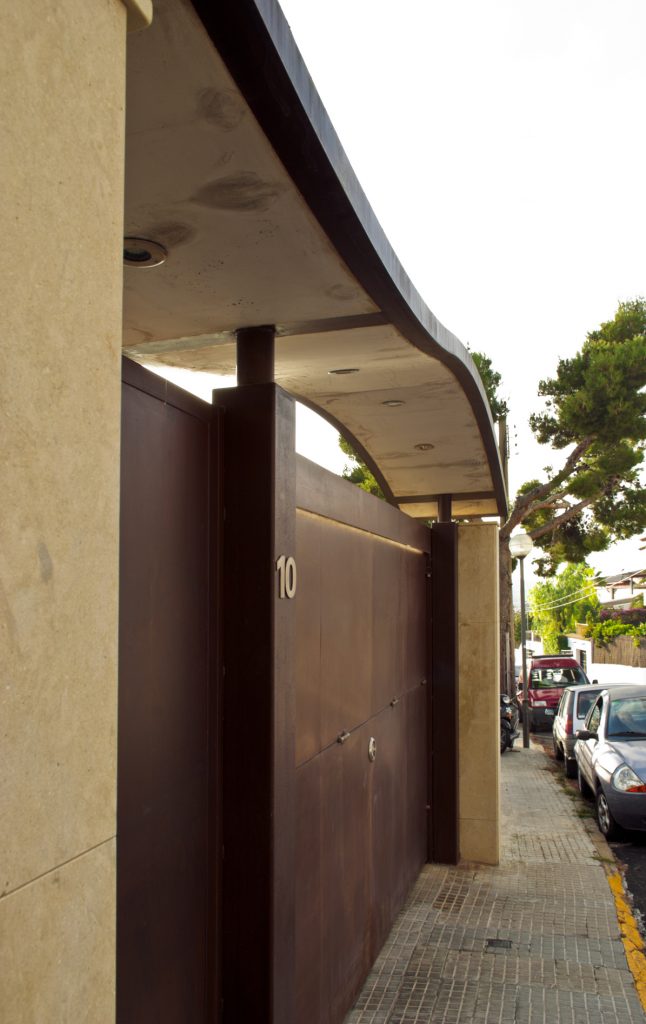 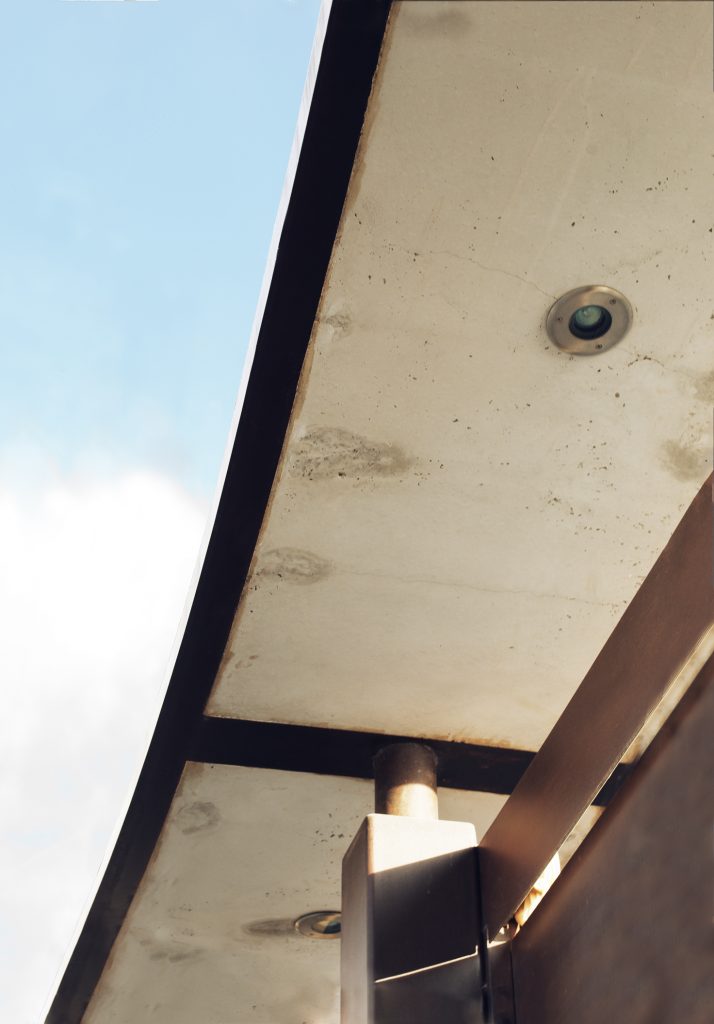 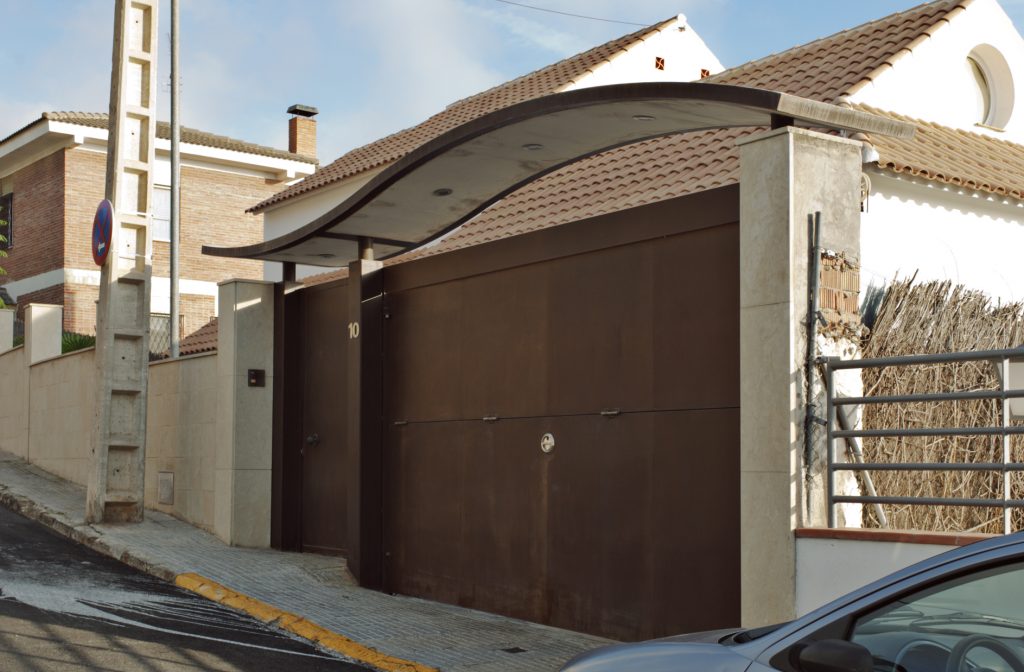 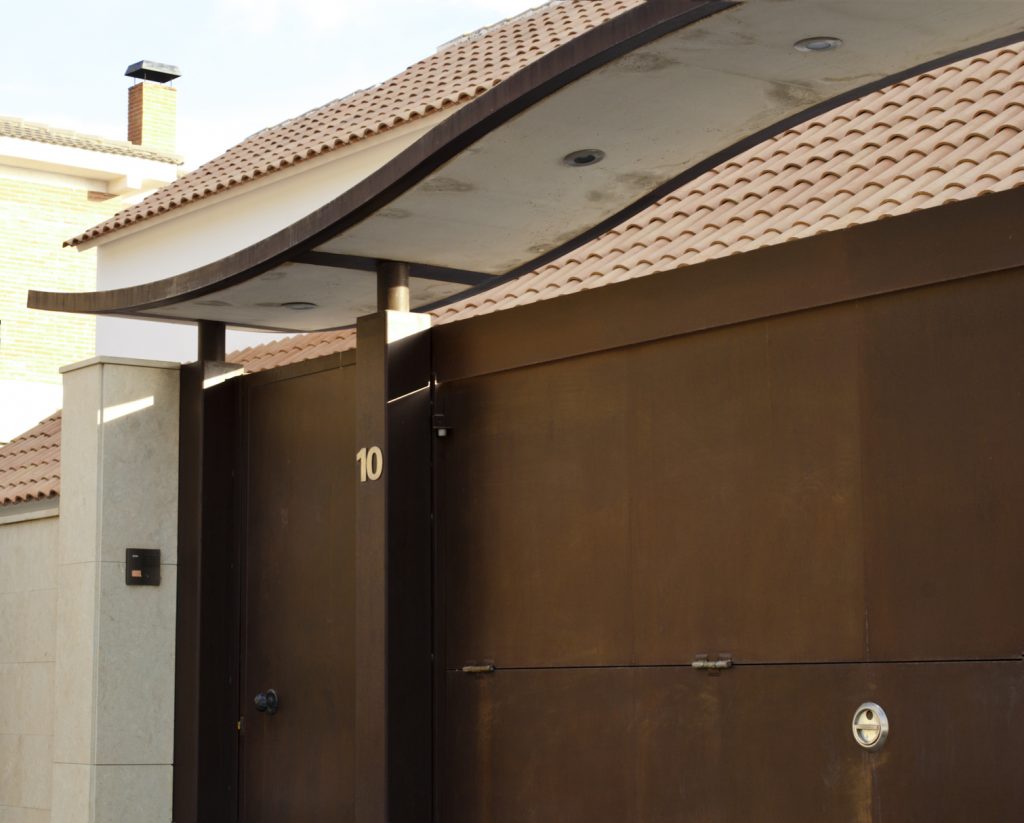 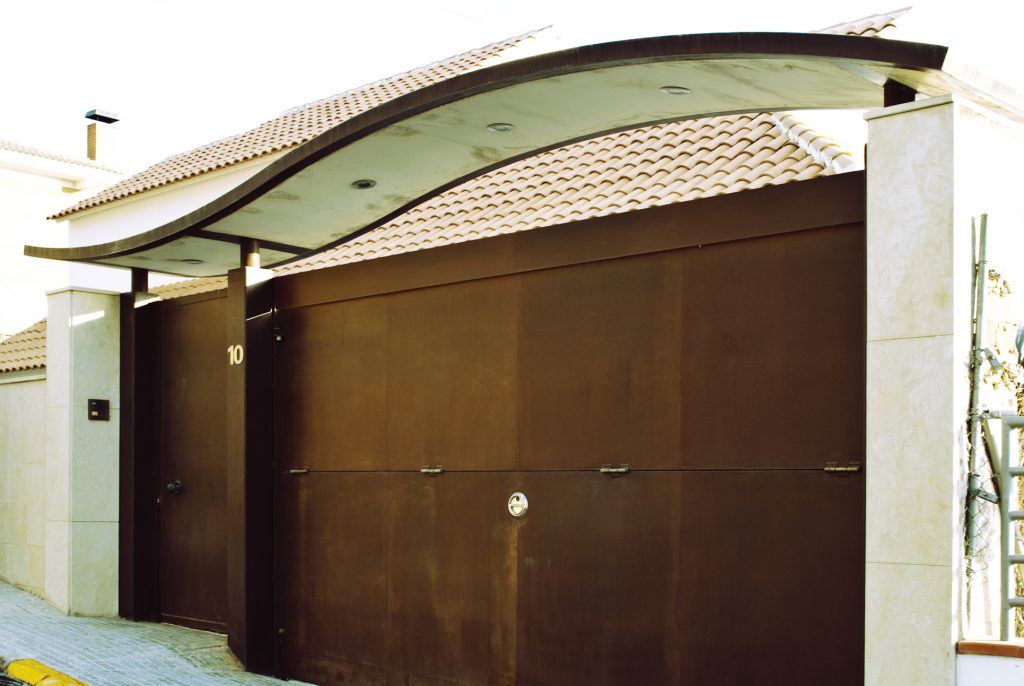 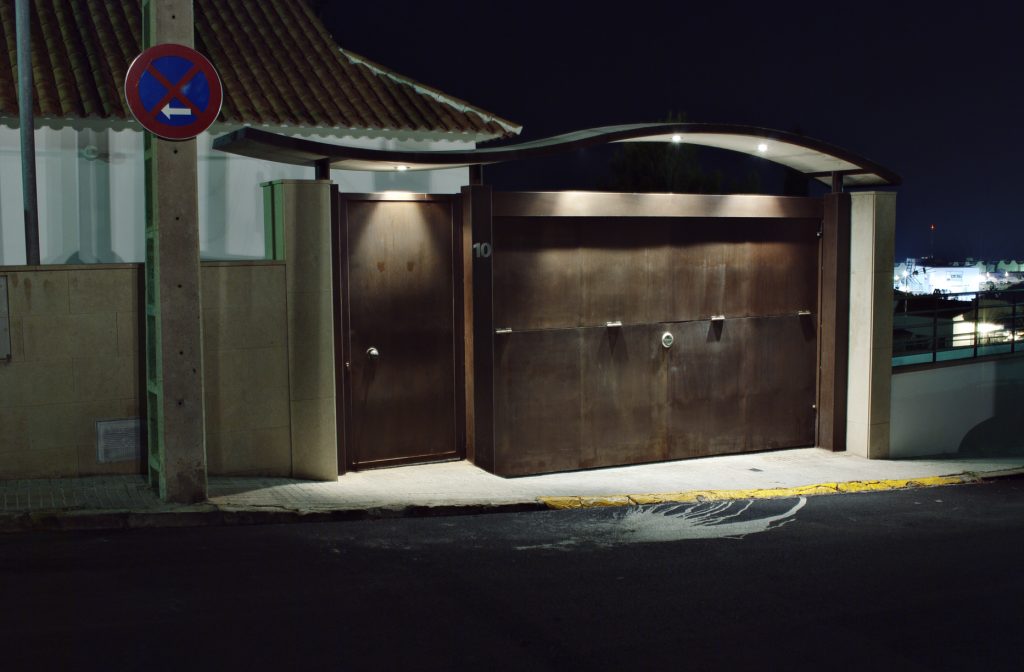 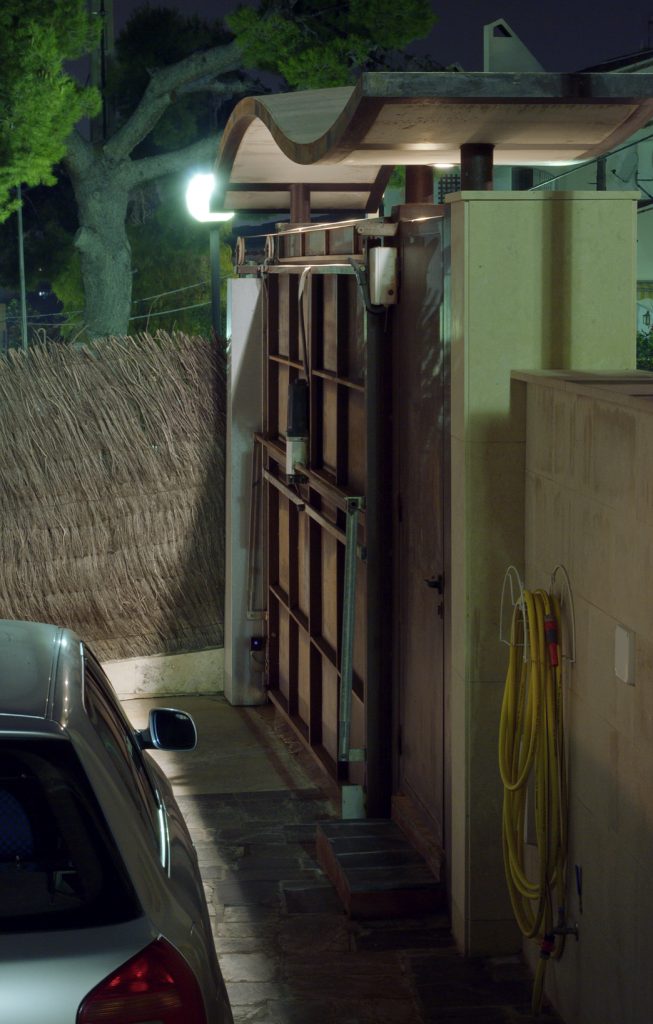 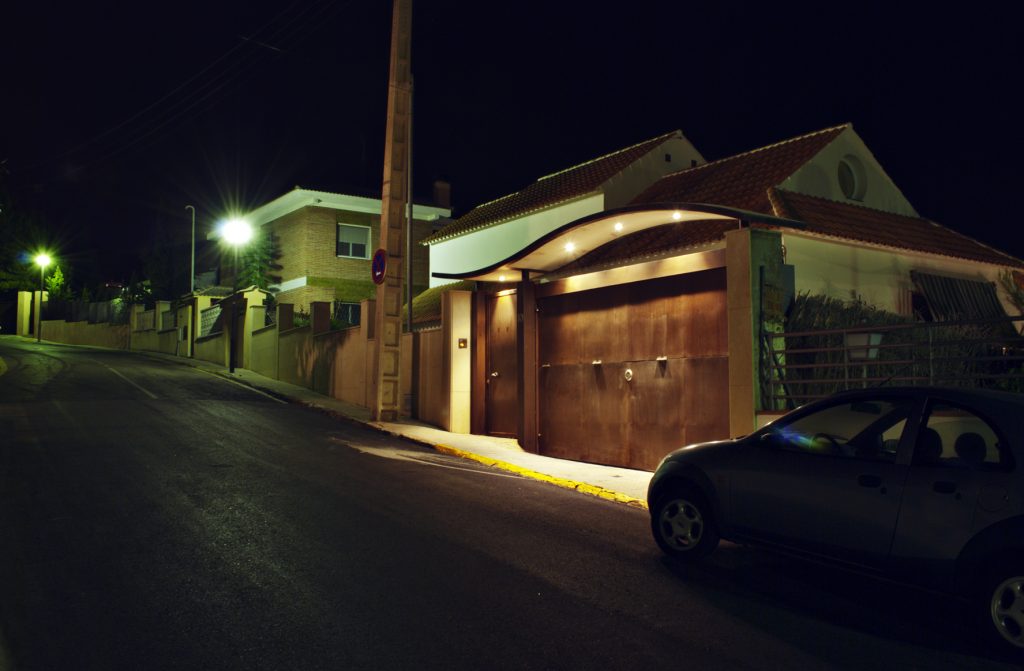 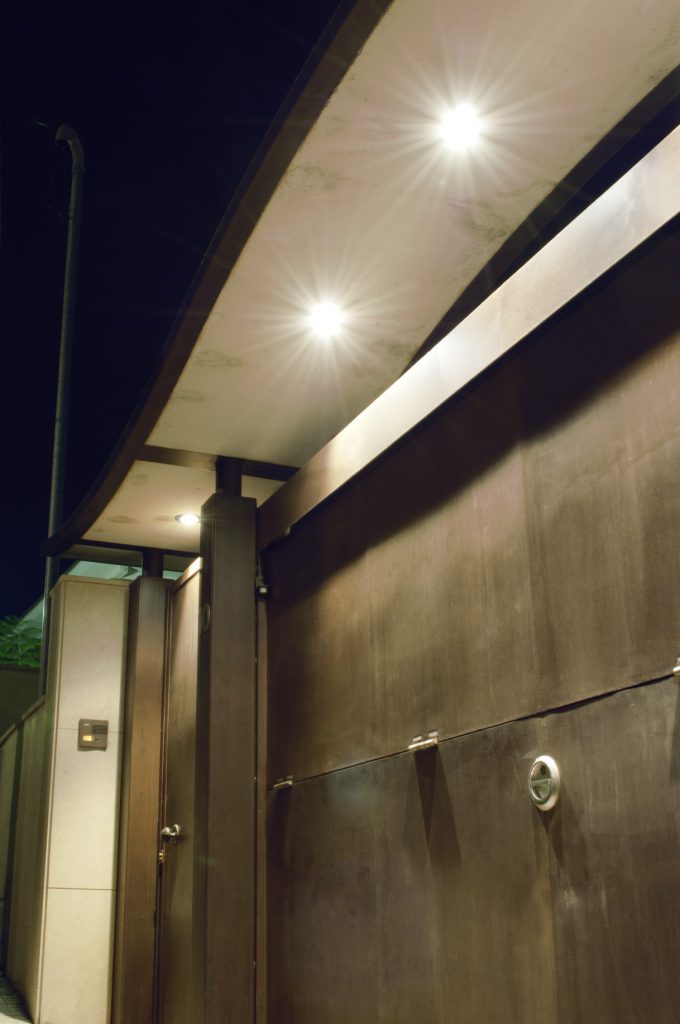