This famous modern building of late 1929 is one of the most elegant and important twentieth-century industrial buildings. The cladding is one of the best examples of fully developed curtain wall, while treatment of the blocks, hollow and solid related arrangement of elements, a master work is considered.

The first company factory Van Nelle was designed by architects Johannes Brinkman and Leendert van der Vlug, with the cooperation of Mart Stam, for the company Van Nelle, established since 1782 and dedicated to the processing of tea, coffee and snuff, but later Other activities include the manufacture of chewing gum, “gum” is added. The mill operated until 1995, when the company was reorganized. It now houses a variety of new media and design firms, is known as the Van Nelle Design Factory (Van Nelle Design Factory). Some areas are used for meetings, conventions and events.

In its construction also cooperated civil engineer JG Wiebenga, at that time specialist reinforced concrete constructions. The building is an example of the “Nieuwe Bouwen” Modern Architecture in the Netherlands, showing the influence it had on her Russian Constructivism.
Van Nelle Factory is a Dutch national monument (Rijksmonument) and is on the list of buildings to be considered by UNESCO in 2013 to hold the World Heritage status.

The van Nelle factory complex is located in Schiedam, Van Nelleweg 1, a suburb west of Rotterdam, Netherlands. The land where it was built next to the working class neighborhood of Spangen, flanked by a navigable channel used to convey the raw material to the factory.

Van Nelle factory, built for the refining and packing coffee, tea and snuff, is the result of a thorough analysis of the specific technical functions within the factory. The raw materials were brought to the top of the buildings to go down a floor after each stage of the treatment plant. It also took into consideration the improvement of the social, the “human element”, work in a factory. The factory was designed with the premise that an environment of modern, transparent and healthy working in a green environment, it would be beneficial for both production and for the welfare of workers. The complex is the result of the radical application of a series of technical and cultural concepts dating from the early twentieth century. This led to a new functional architectural approach that attracted the masses from the beginning.

In its design highlighted the strong collaboration between director thereof, architects and collaborators, all dedicated to the Dutch branch of international modern movement.

From the outside the building is monumental, but inside is modern and innovative. The entire complex has great historical and social value as a building that working conditions were of paramount importance. This is expressed in details like the windows fit, offering uninterrupted views of the surrounding area, locker rooms with showers and toilets, sports facilities, a garden, a dining room and a library. This humane approach in working life was a response to the onslaught of industrialization. The resort was innovative impact on the history of the construction and development of technology in it.

There is only one access to the factory that is done through the cloakroom and toilets. When workers use the toilet, the arrangement of spaces forced through the toilets before returning to the processing area. The stairwells were located at both ends and between volumes, as they were connected with the bathrooms were designed to alternately were exclusively for men or women.

The factory includes a dining room, a tea room on the top floor of one of his volumes, a cinema, library and sports facilities. In the heyday, over 2,000 people were employed in which was considered a lit, clean place to work.

The building block consists of a curved office building, and another volume with 300 meters long, in descending order to the factory, separated into sections according to the product to be processed:

Eight levels to snuff section, crowned by a tearoom circular, which also acts as the reception room, extended in the back by a roofed warehouse. This section was completed in 1928.

Five levels with a mezzanine double height for coffee section. This part of the factory was completed in conjunction with the tea sector in 1929.

The different buildings and levels are connected by glass flight stopovers diagonally cross the street and connect to factory buildings and storage expedition, with workshops constructed or L-shaped building with garages. Conveyor belts installed inside the bridges, some of which were originally moving, the raw materials are transported from stage to stage of processing

The boiler room is almost independent of the rest of the factory and is shaped by a fireplace.

Thinking that the workers should enjoy moments of relaxation or recreation, sports complex built outdoor places for relaxation or distraction.

Because the soil where the factory was built marshy character is up to 10 meters deep, reaching just over strength from the 18.50 meters, the length of the piles ranges between 18.50 and 19 meters. Concrete piles were used as they present a better performance than wood to the acidity of the soil and also have a greater bearing capacity.

The construction is reinforced concrete, without bearing walls. The distance of the pillars inside the factory due to the requirements of machinery in the offices is 6.50 meters. The open floor plan with possibility of their roofs could be used for possible displacements due to the demands of processed products, must remain free of girders which justifies the use of fungiform pillars which in turn represent a saving of 1.50 meters in height total manufactures and therefore in glazing, joinery, staircases and other materials. This solution was designed by the structural engineer Wiebenga.

Linear plants are because the studies concluded that a length of 19 meters would ensure sufficient daylight, glaze accompanied longwall would become the identity of the factory.

The floors of the factory were performed using the “diagonal” and the remaining units by “two-way” system. The cross section of vessels consists of three openings and, between the end columns and the enclosure tend facility is hot water, steam, etc.

All buildings are built with reinforced concrete structures, while the facades are wrapped in a curtain wall of steel and glass completed with steel plate forming a “sandwich” with a layer of 3 cm “Torfoleum” as insulation. Typical specifications columns are mushroom, without beams on floors.

800 concrete piles were placed in the marshy ground on which the buildings are located, at 1 pile per hour.

Most of the functional original furniture is still preserved, like the sports and outdoor leisure spaces created for factory workers.

The factory is known for its serene and elegant architecture, which reflects the aesthetics of the machine and a tendency to lightness and minimalism. The buildings that compose, devoid of decoration, are rhythmically provided and in some cases were surprisingly colorful, sockets black tiles, or aqua and beige walls built with granular cement and plastered in white, yellow and ocher color. Some of the floors were overseas gum.

Siemens was responsible for the lighting in the different sectors of the factory, placing approximately 2,000 lamps L42 type r 5E with 4 bulbs 75w each.

At the top and along the guide windows allowing large displacement cleaning cubicles installed.

Both the architecture of the factory and its structure has been preserved in its original state, even though they no longer contain machinery having ceased trading in 1990 in the manufacture of products derived from snuff. In 1998 a comprehensive restoration program was started. The Wessel de Jonge architect for the renovation of the building worked on the assumption that the factory would become World Heritage Site.
Today it houses offices and work spaces for creative business sector, hence its current name: Design Factory. They also offer an attractive venue for events, conferences, seminars, films, theater productions and photo shoots. 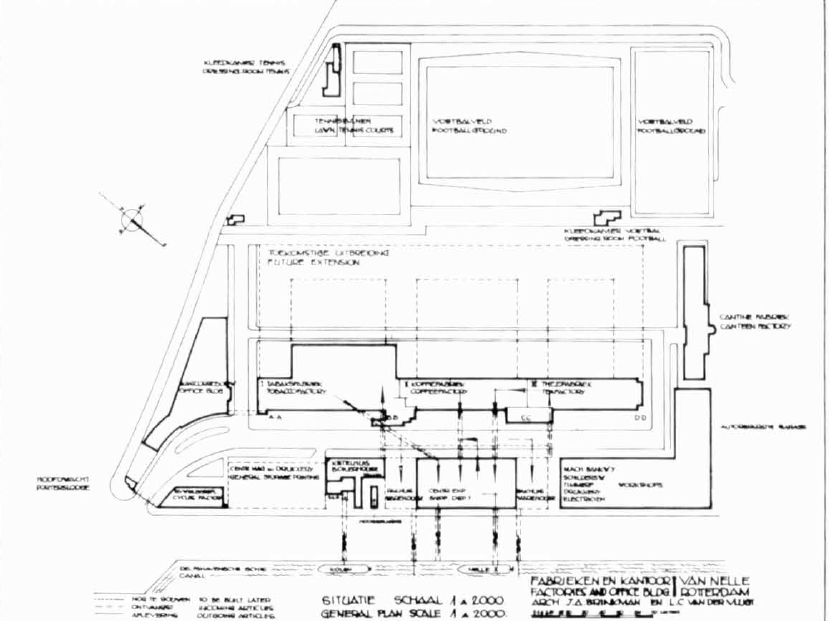 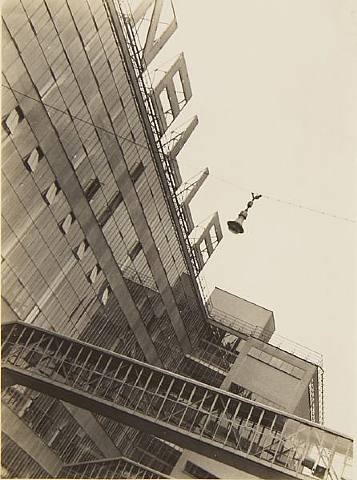 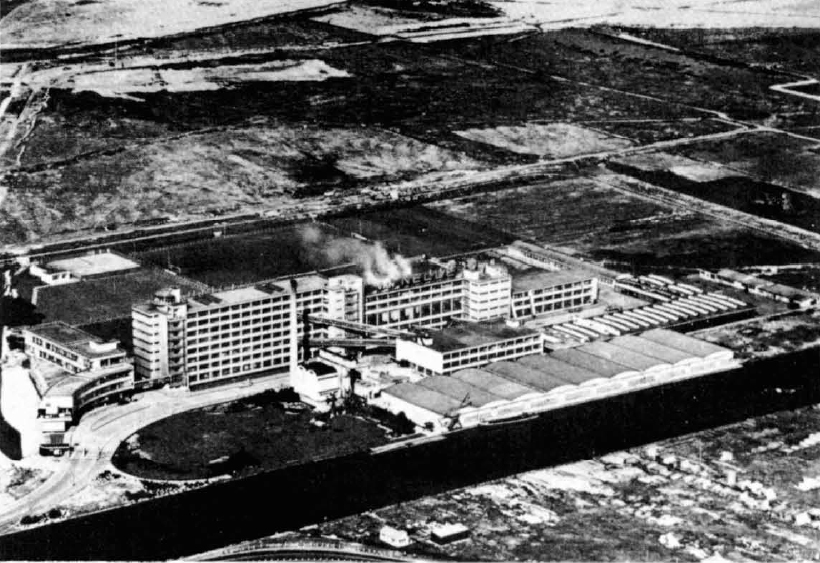 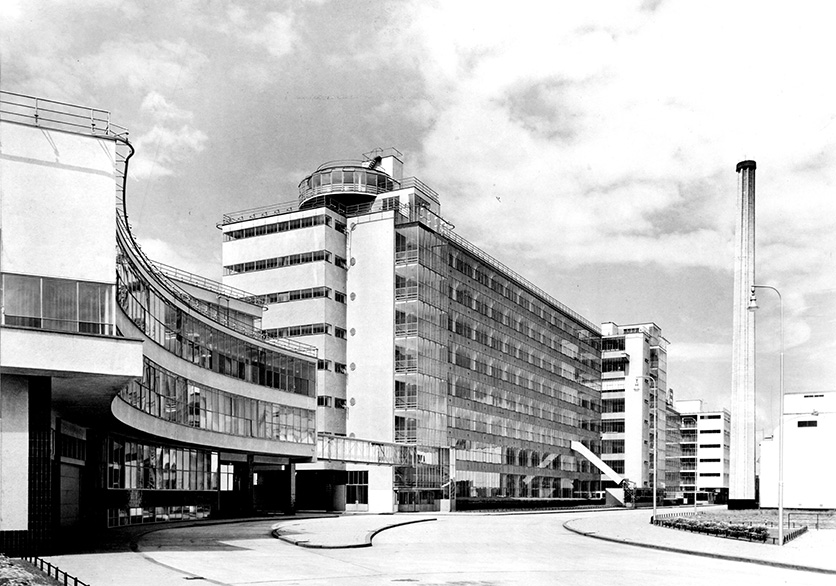 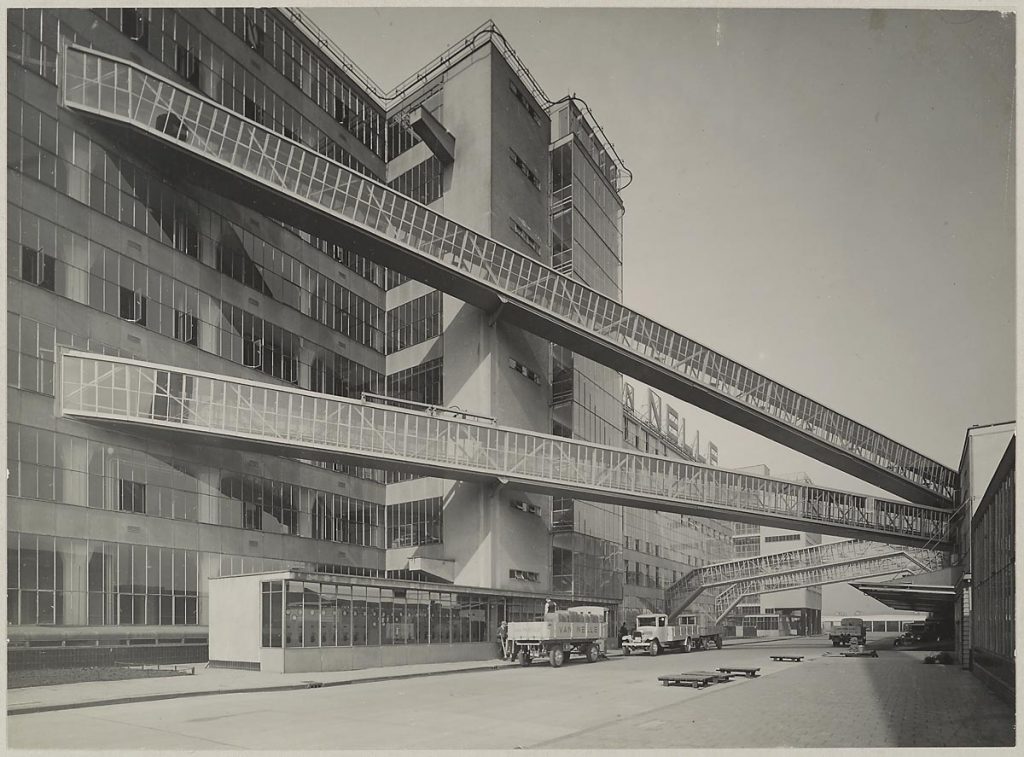 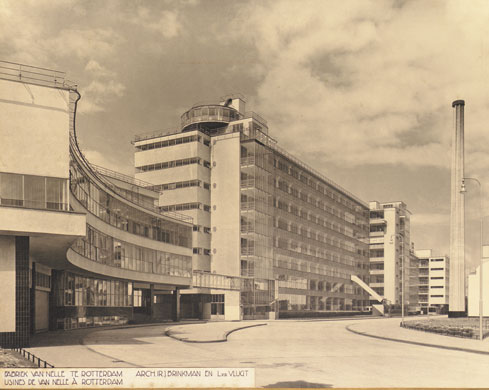 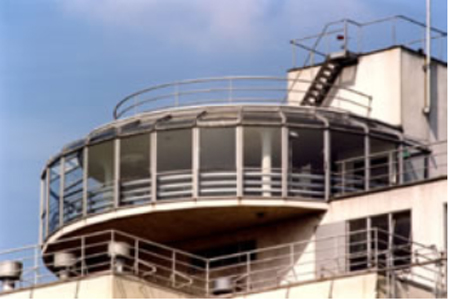 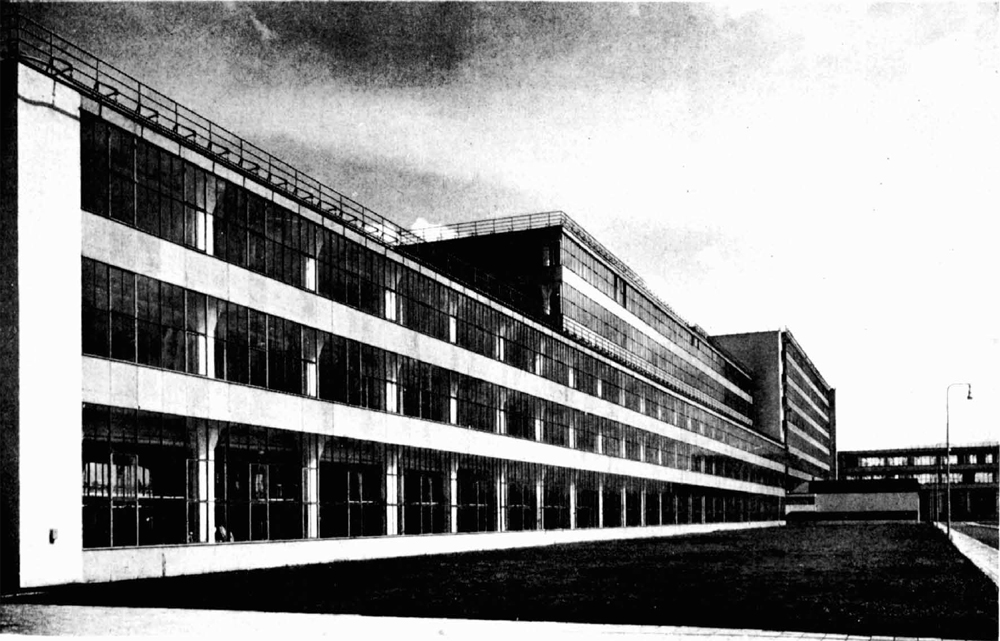 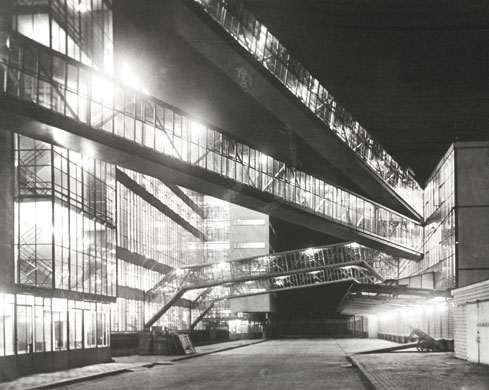 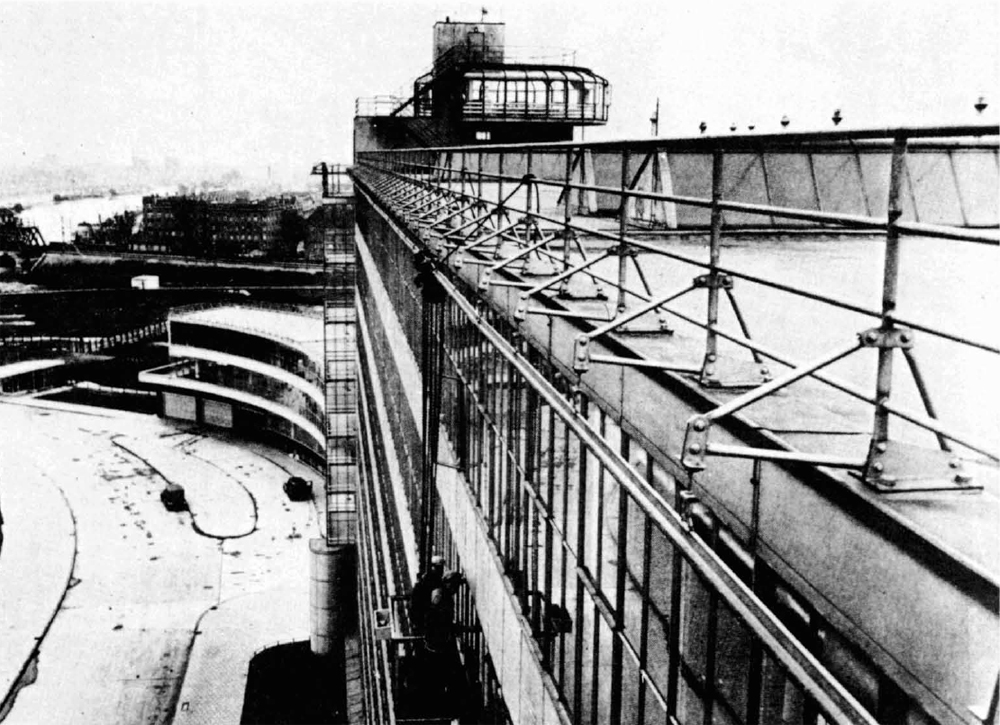 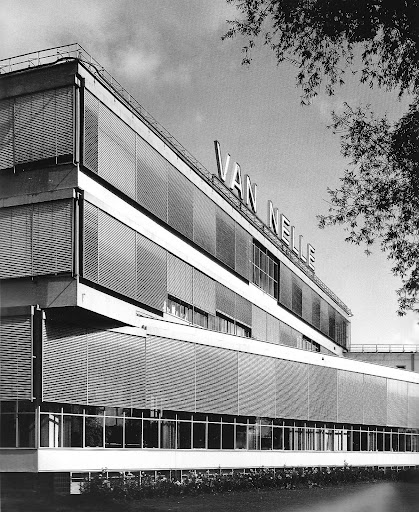 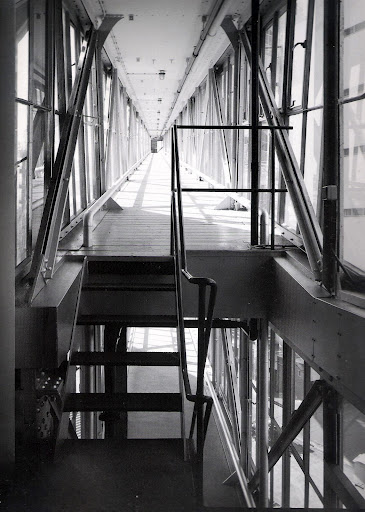 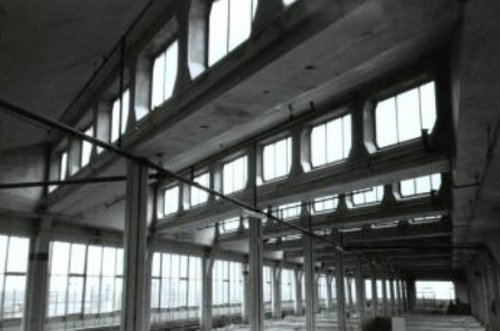 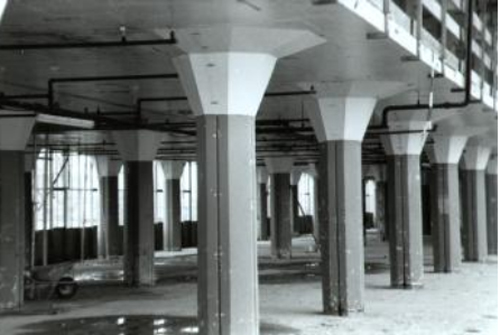 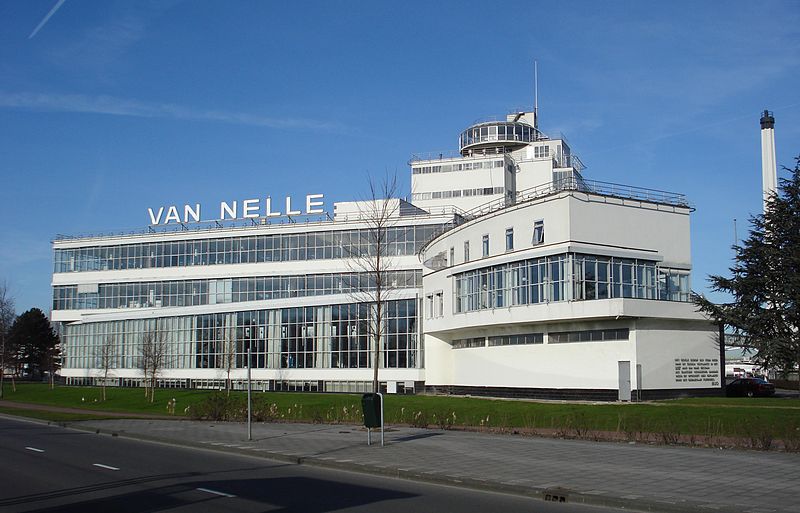 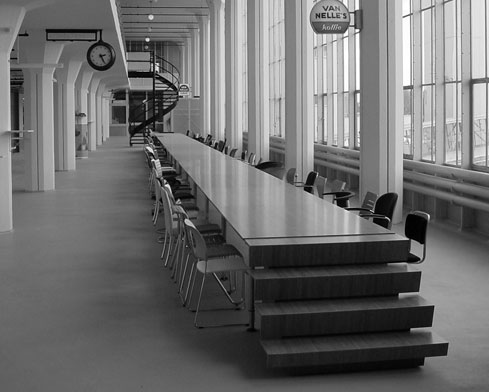 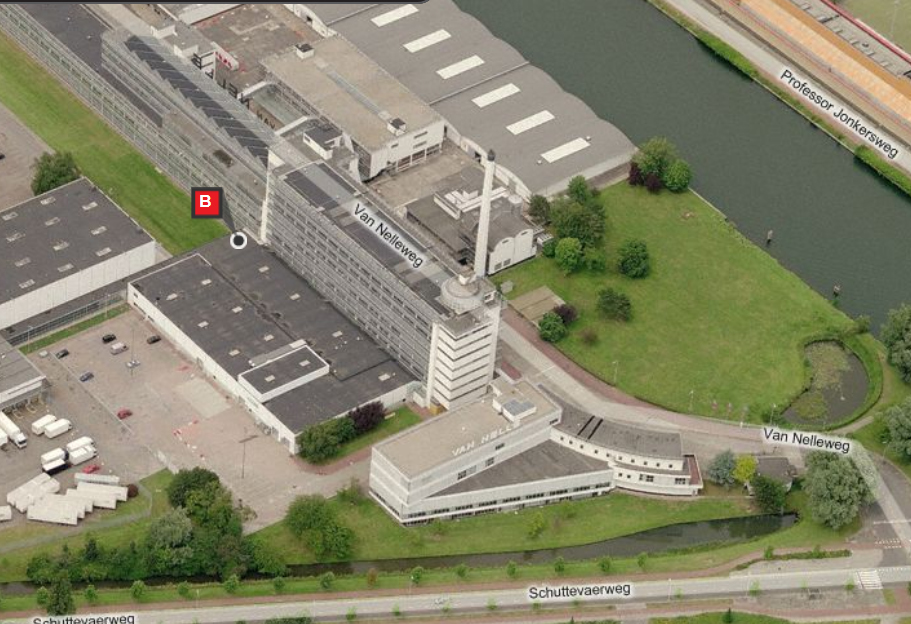 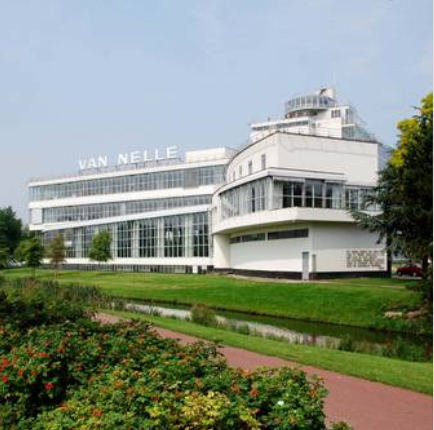 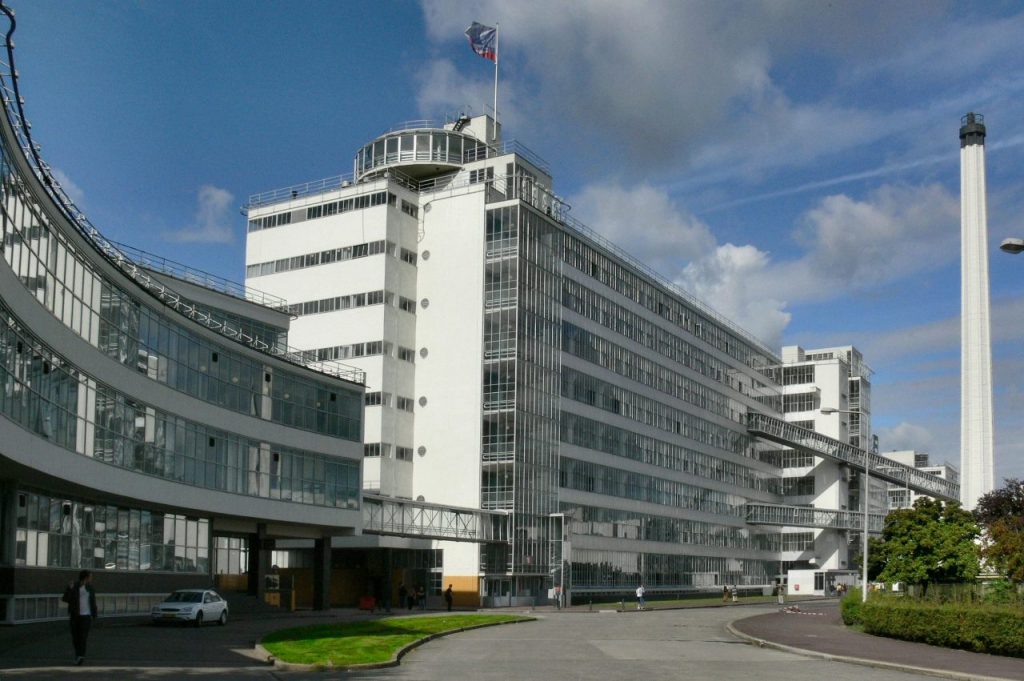 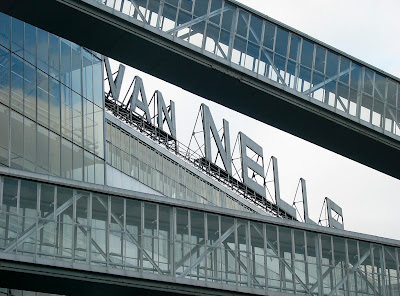 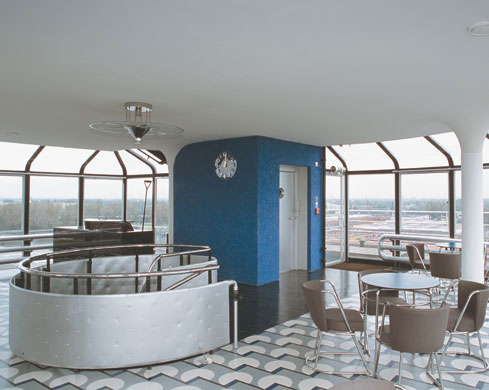 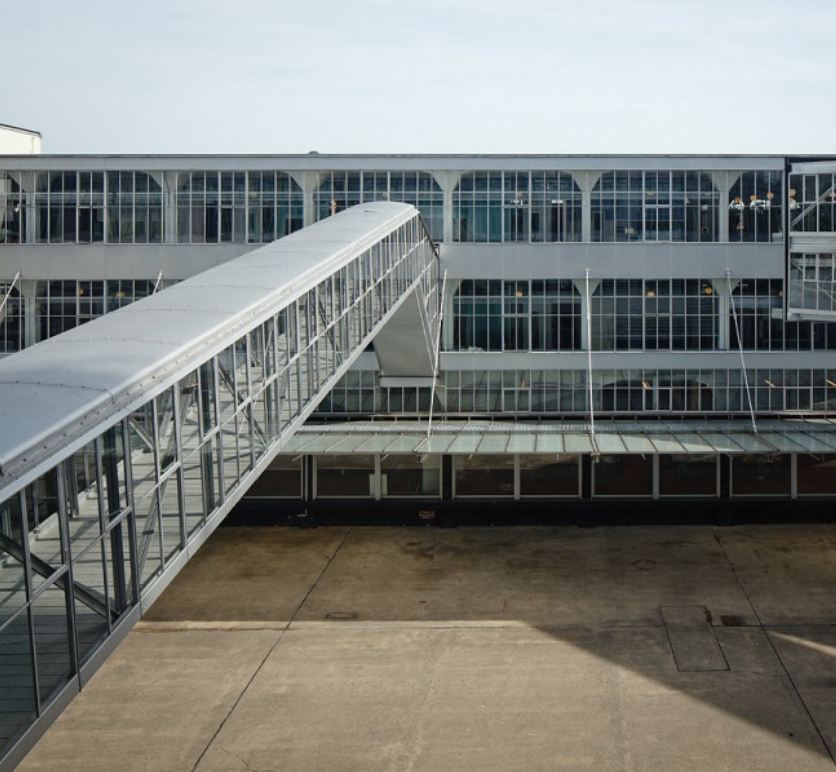 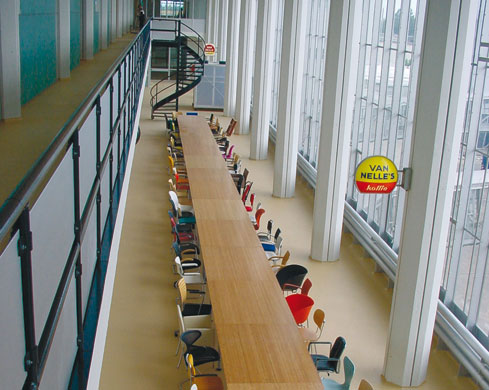 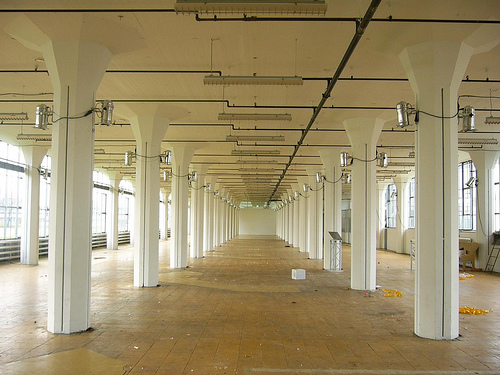 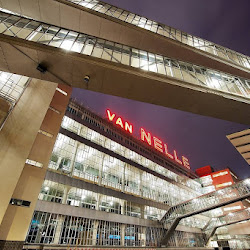