The aim now is to establish a territory under control of oneself or of a group chosen oneself. For this, we use the expression “fragment of an enclave” as a vehicle toward the “pavilion” of our time.

To carry out the project, the Smithsons acquired a part of an old farmhouse in Wiltshire, which consisted of a large walled courtyard with a labourer’s house built against its North wall. The majority of the existing house was demolished to be replaced by the new pavilion, according to the needs of the architects. Of the original main façade, only the old chimneys were left intact, which function as the centrepiece of the new pavilion.

In 1982, the Smithsons sold the country house due to the noise made by the new neighbours, who were sound engineers.

The Upper Lawn Pavilion was built in the village of Fonthill in Wilthsire (often abbreviated to Wilts), a county in the South-East of England in the UK.

The house which the Smithsons built in Wiltshire belongs to a type of construction which combines the theoretical and practical elements during the planning and development of an idea. Not only did they capture their ideas as completely as possible in the construction, they also built their “private place” for relaxation and reflection. The new pavilion was conceived as a simple box above the existing wall of the garden.

According to the actual concept, the Upper Lawn Pavilion is no more than a primitive hut, with minimal comfort, in which the Londoners could escape from their daily lives and enjoy life in the outdoors.

The Upper Lawn Pavilion, the weekend house of the Smithson couple, is a successful example of the relationship between the existing wall on the ground, joined by a water well, and the new, two-storey, flat-roofed construction placed on top of the ruins.

In this box-like construction, the spaces were designed to be lived in and to enjoy the surrounding countryside. On the ground floor, there is a kitchen-diner with a large sliding door which leads to the large terrace and garden, incorporating these elements as part of the environment of the house.

On the upper floor, which is reached by a steep wooden staircase, is an ample living room with splendid panoramic views of the surrounding landscape, without any strict limitations on use. It is divided only by a solid stone wall, a vestige of the old country house which also divides the ground floor.

On the pre-existing exterior wall they mounted a very simple structure, like a box, with floor-to-ceiling windows acting as walls. The windows are framed in wood, which is exposed in the interior and covered in zinc on the exterior side.

The structure of wooden beams is supported by the existing exterior wall and in the interior by a beam of concrete, poured on-site and anchored to the wall of the old chimney. At both extremities there are square columns placed at a 45° angle. This system permits the façades not to be supported on the floor and, in this way, allows the sliding doors to be used the length of the façade which leads to the garden.

The tectonics of Mies van der Rohe and the piles of Le Corbusier, together with the freestanding façade, unite and transform this project. With the objective of total and direct simplicity, they demonstrated the architectural programme for a new brutalism which the Smithsons championed in those years.

More than 70% of surface area of the structure is glass, with aluminium cladding which, slowly over the course of years, has acquired a patina of grey. The internal structure is wooden.

Vast glass sliding doors combined with windows acquired from the previous construction suggest a first and early attempt at solar use by the architects, with minor positive results. In subsequent years, it was renamed the “Solar Pavilion”. 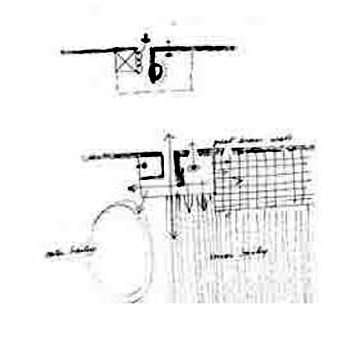 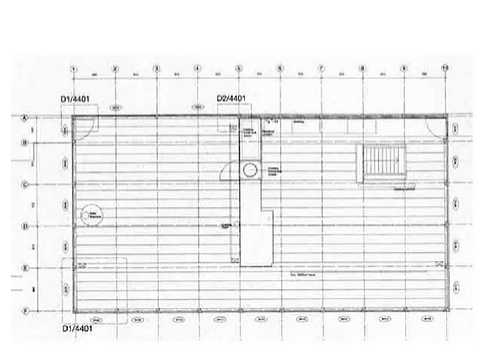 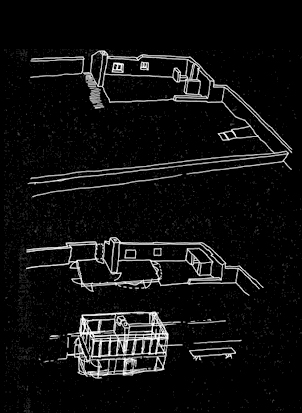 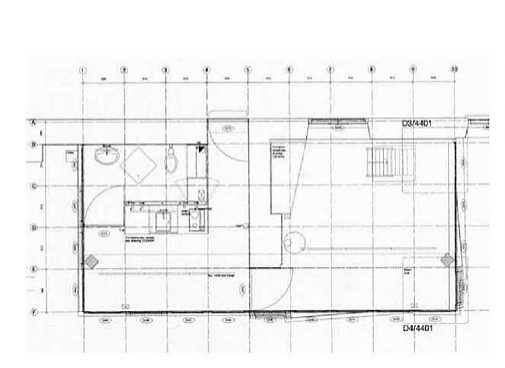 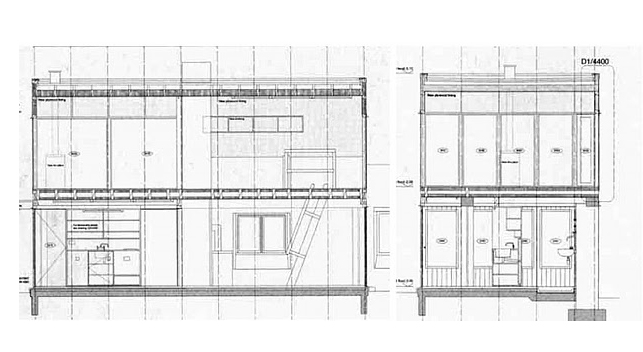 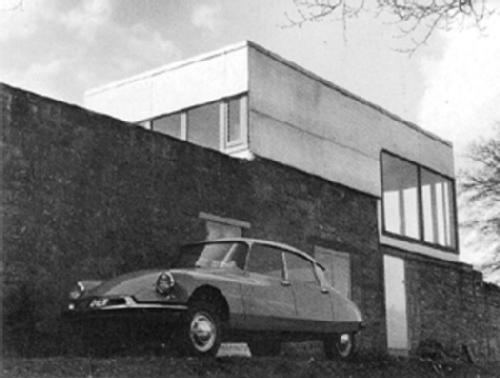 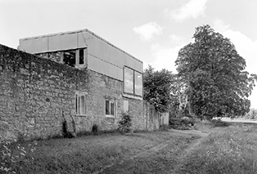 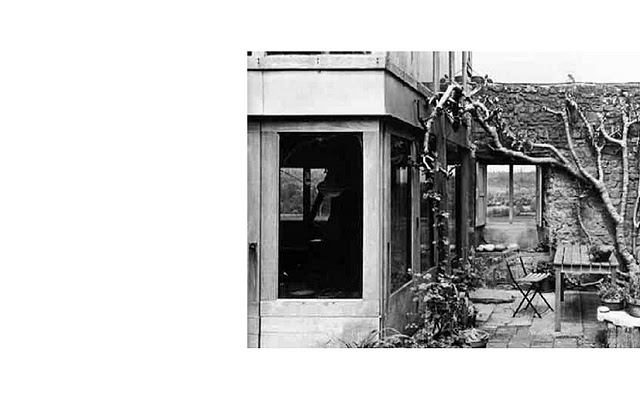 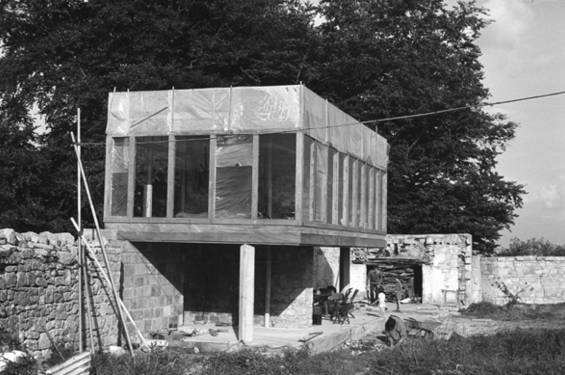 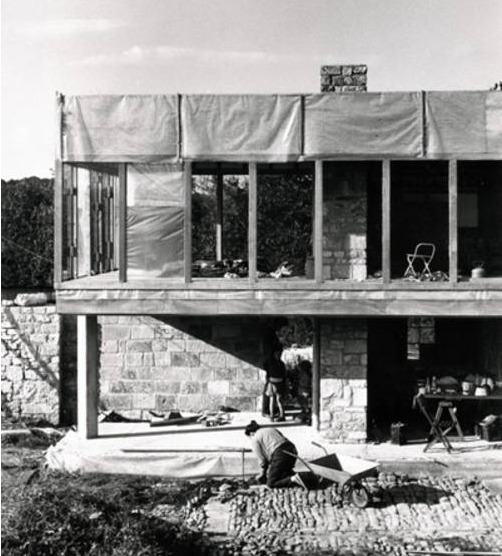 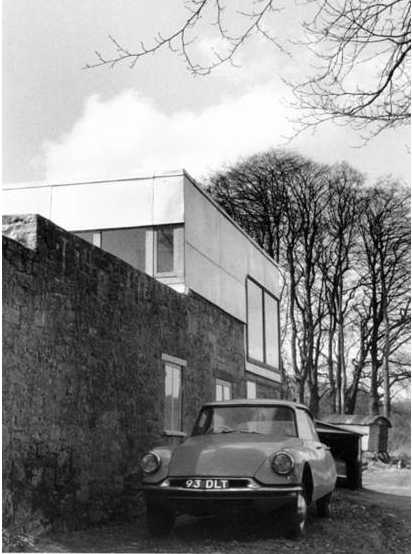 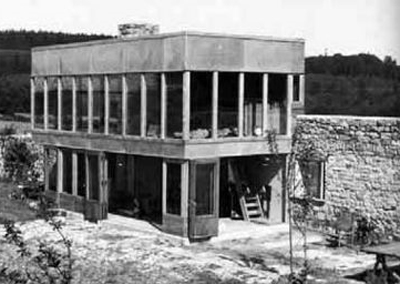 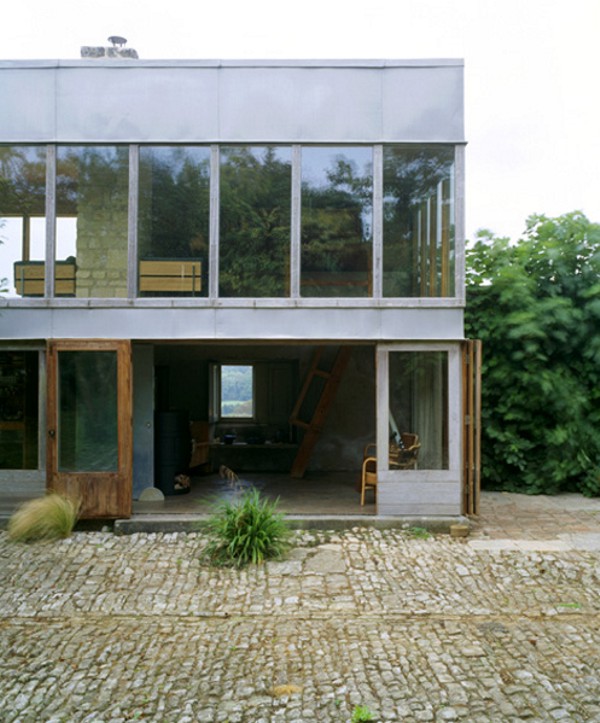 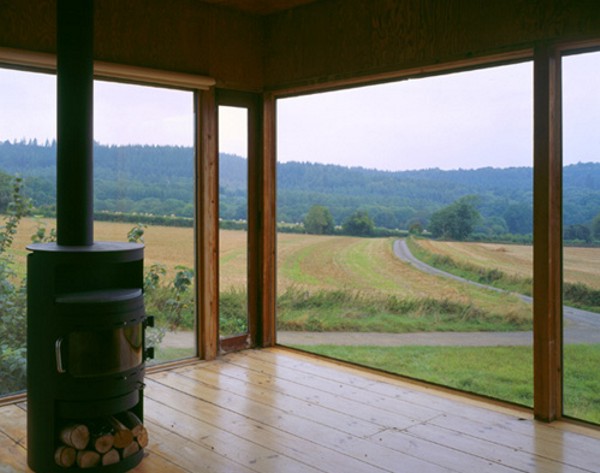 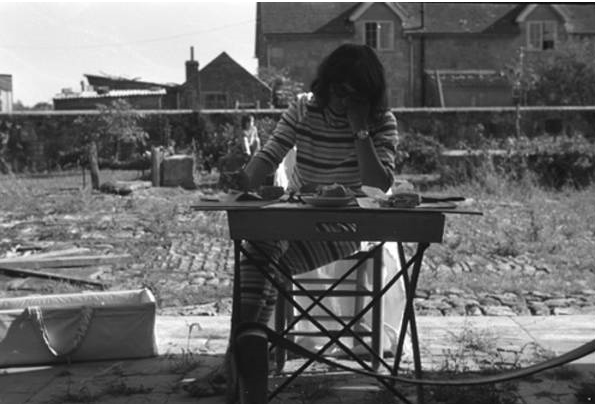 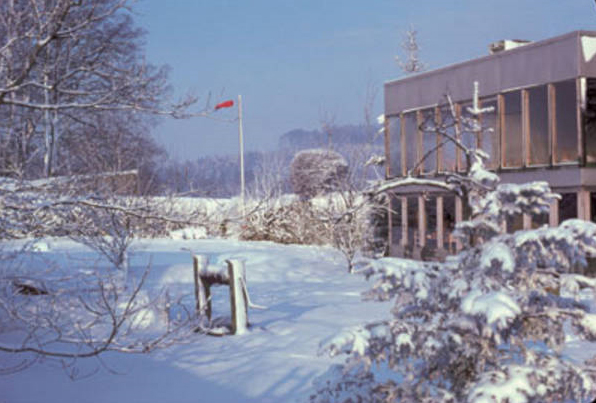 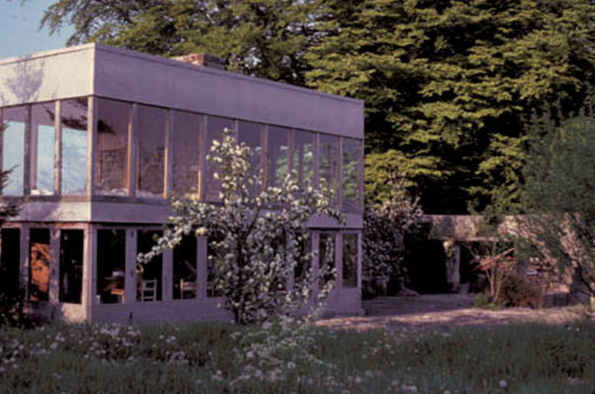 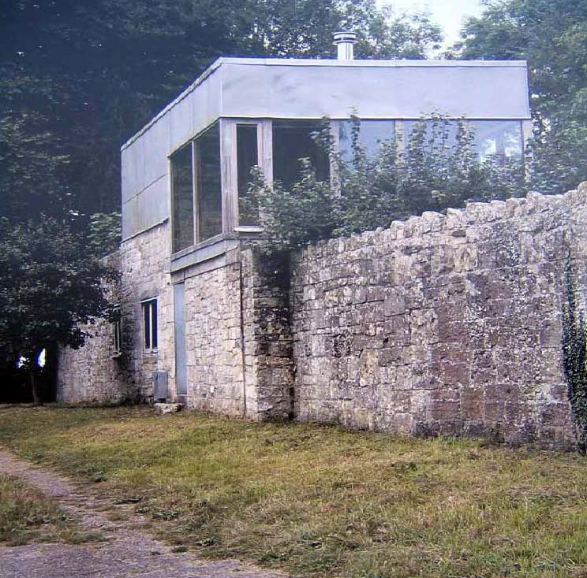