University of Seville School of Mathematics

Known in Spanish as Facultad de Matemáticas, the School of Mathematics at the University of Seville was the subject of a competition called in 1972 by Spain’s Ministry of Education. The project was part of the Spanish architect Alejandro de la Sota (1913-1996) and was the result of the conditions of the order. Fundamental factors were the periods and the limited budget. The project was developed almost simultaneously with their format and work began with the preliminary plans.

For this work rationalist, de la Sota received the National Prize for Architecture in 1974.

It is a symmetrical pattern on five floors around a courtyard not passable longitudinal, through which illuminates the building. The courtyard is the main function of the space and dividing the work and traffic and prioritizing tasks. Contrary to this openness to the interior, the building is closed to the outside. The facades almost blind centripetal emphasize character of the work, opening in narrow horizontal bands that do not show the spatial organization inside.

The project is generated from a mesh that is embodied in the work. This mesh defines a structural and spatial. The presence of a nerve golden white cloths on the building gives it an industrial center.

Was used in brick enclosures.

University of Seville School of Mathematics 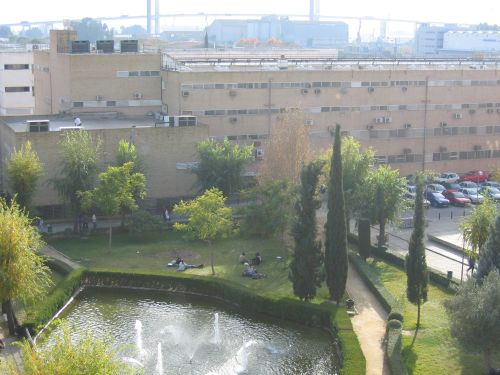 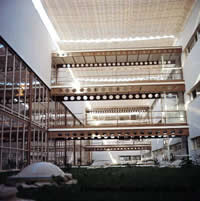 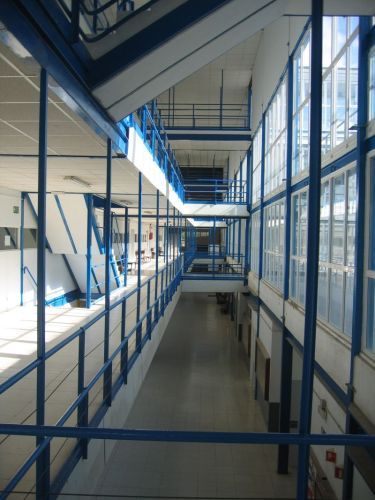