The architects of the firm Gwathmey Siegel & Associates, project managers commented, “… the challenge was to design an iconic tower that transcended the strict programming and technical constraints, and become an attractive and representative benchmark for architecture and democracy… “. The main architect was Charles Gwathmey who died in 2009, about two years before the structure was completed. In the opening speech, the then US Ambassador to the UN Susan Rice thanked posthumously Gwathmey effort. Although the structure was completed in 2010, the opening was postponed until March 29, 2011.

The building is named after former Secretary of Commerce for the United States, Ronald H. Brown, killed along with 34 others in a plane crash in 1996 in Croatia, where he was on a diplomatic mission.

The building of the Permanent Mission of the United States is located on the opposite side to Building United States Mission to the United Nations on the 1st Av, its main direction is 795-803 1st Avenue and 45th Street on the number 340-344 in city ​​of New York, United States.

The building is an abstract reference to all previous skyscrapers, combining a composite of layers, composition of shapes and materials, both horizontal and vertical volume. The project presents a pedestrian scale, a scale of place and scale city that aims to be both memorable and inspiring.

The new building replaces the former US Mission to the United Nations, a 12-story building that had been too small and too old for current needs, including security.
The tower, away from the street 12,19m, rises almost 167m base being surrounded by a glass atrium with a striking undulating canopy. It is topped by a cylindrical roundabout. The upper floor offers a commanding view not only of the United Nations, but also around the city of New York, which has been the iconic home of the headquarters of the UN since 1952.

The building has offices, meeting rooms and reception areas for members of the Permanent Mission. It offers space for the Information Agency US and Foreign Office, as well as spaces for visitors. Its 22 floors are designed following strict criteria seguridad.Las press conference areas are located both at the base of the building and on top. There is a fully insulated and soundproofed room that is used for sending classified information to the White House. Inside the staff and visitors have separate elevators.

The vertical structure is set back from the street 12,19m. It is a “furnace structure” round wire, surrounded by the walls forming the facades. In the first 6 floors no windows, resulting in principle resistant to a possible terrorist attack, such as a car bomb. Reinforced concrete is used crude (béton brut) with a dye colored sand, glass and steel reinforced especially in building this “vault”.

The exterior facades lining the nucleus are surrounded on the ground floor of an atrium with glass walls and aluminum frames, with a cover on metal plates. On the street facade 43 stone panel combined with a projected coated steel plates wall detail stone wall is also repeated on the main facade. The tower walls are of concrete tinted with earth tones and with openings ranging from low to high as it rises and from the sixth floor. On the side of the facade facing the UN building facades not come to unite, leaving visible part of the inner metal structure. 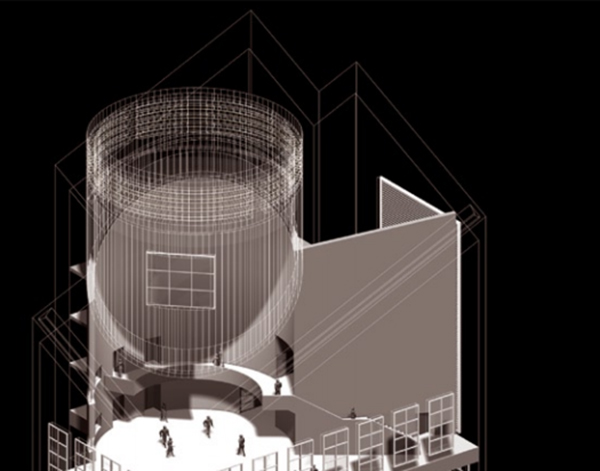 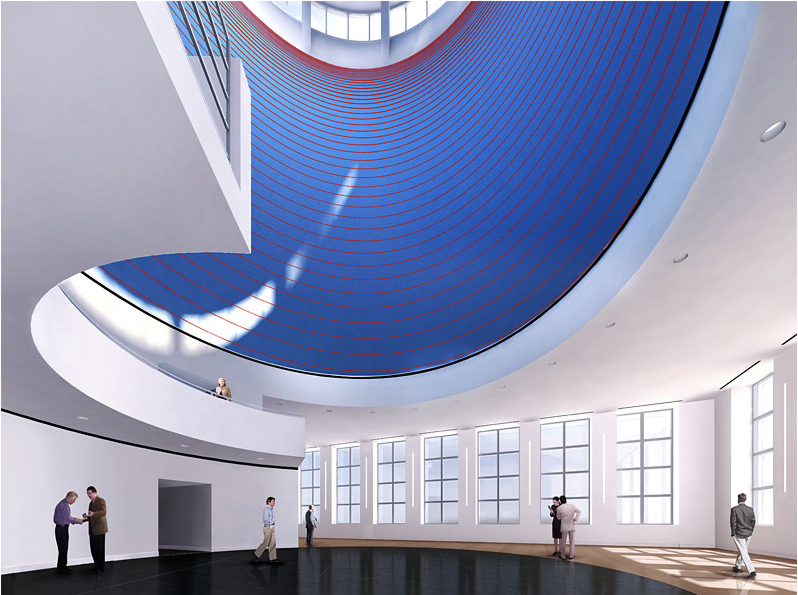 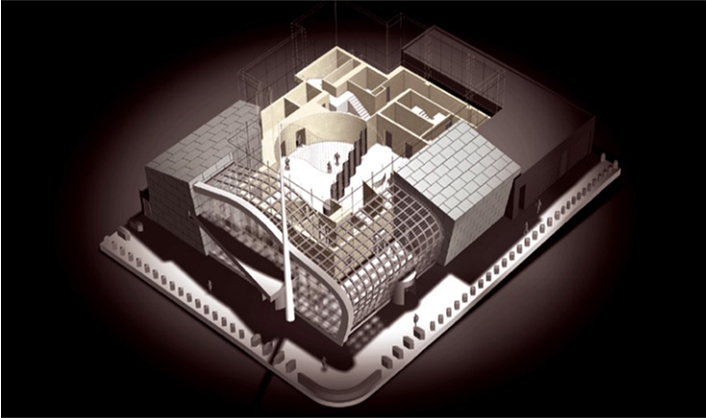 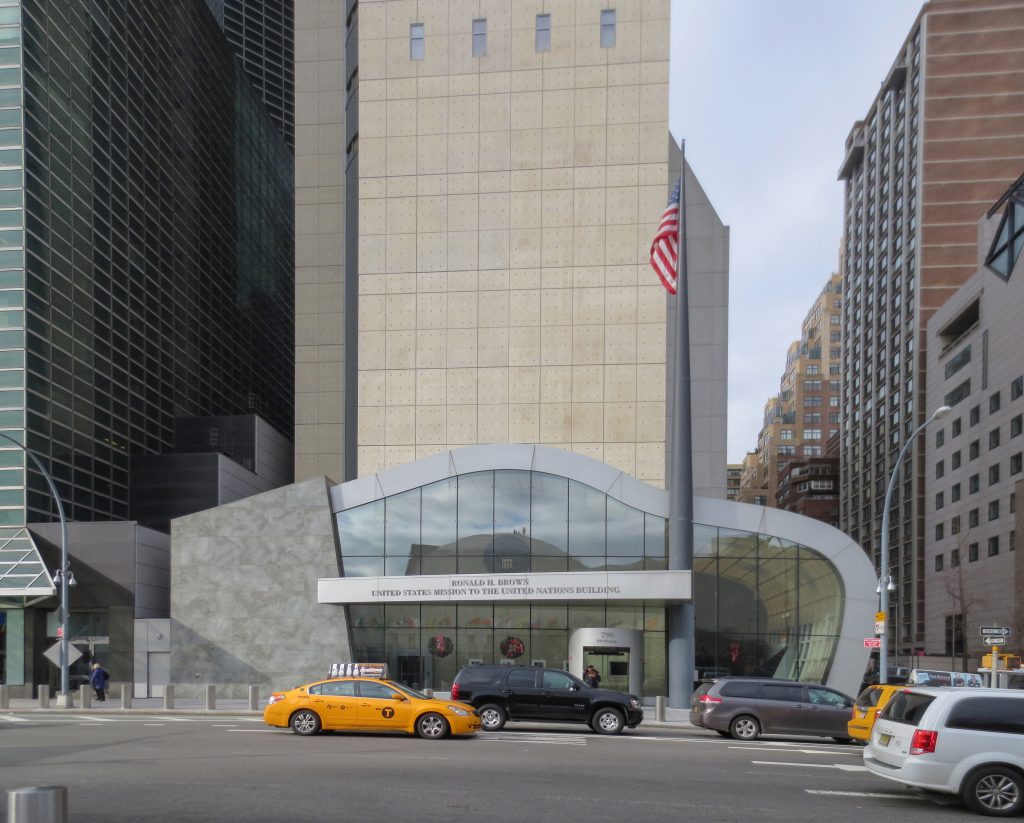 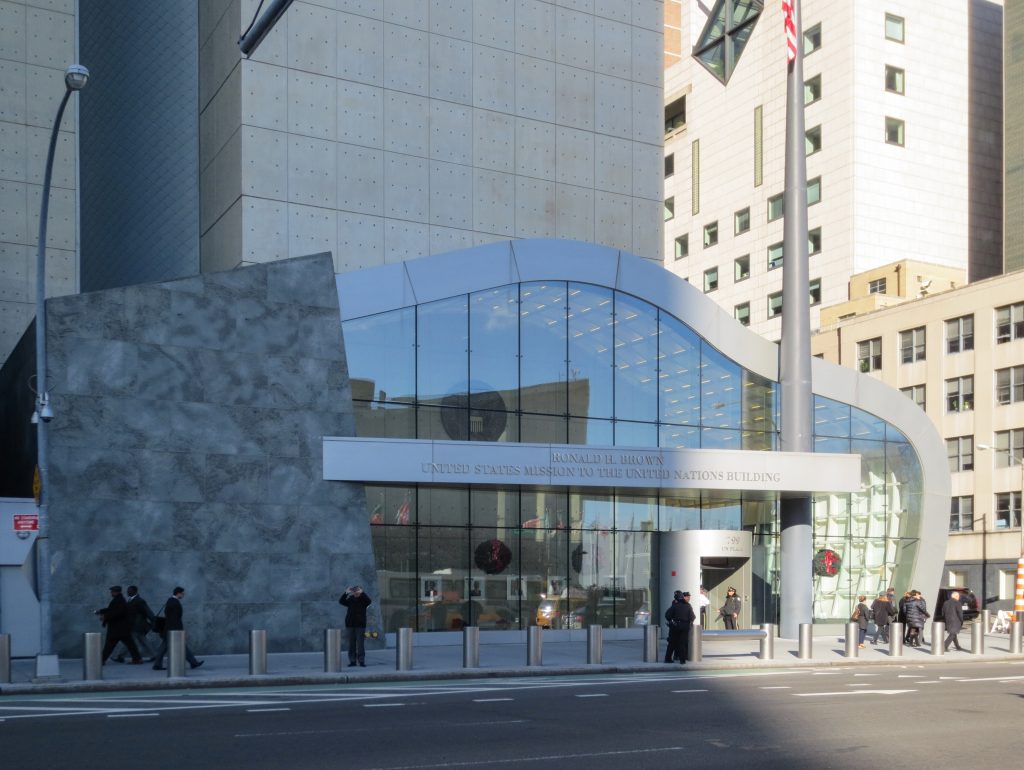 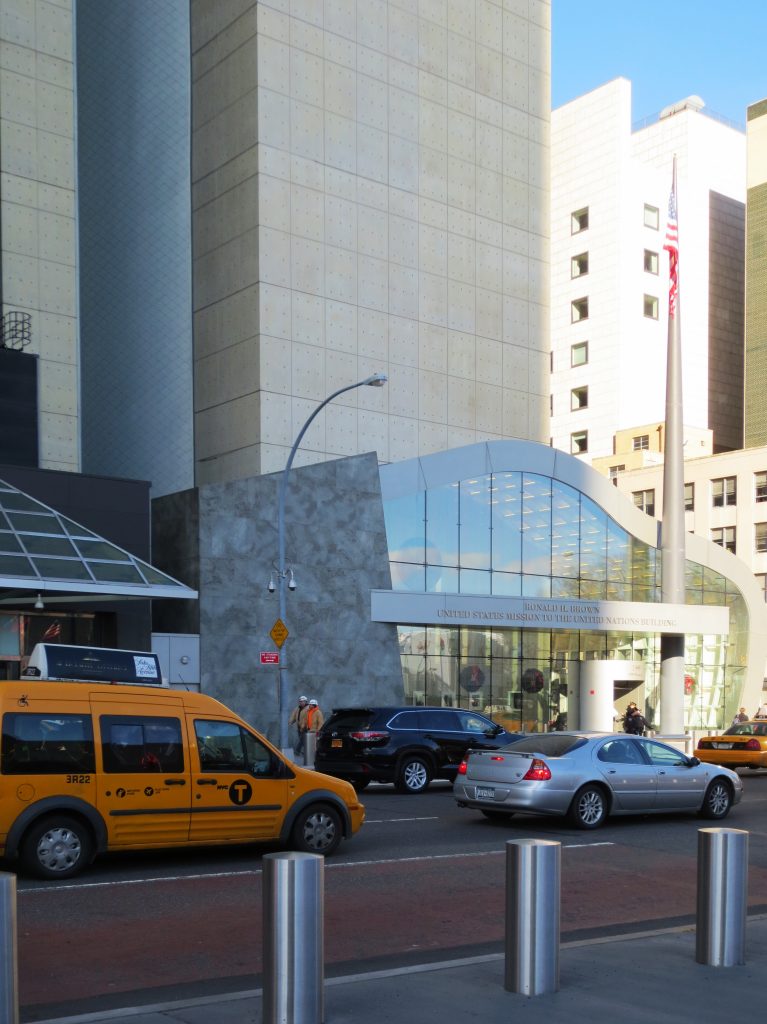 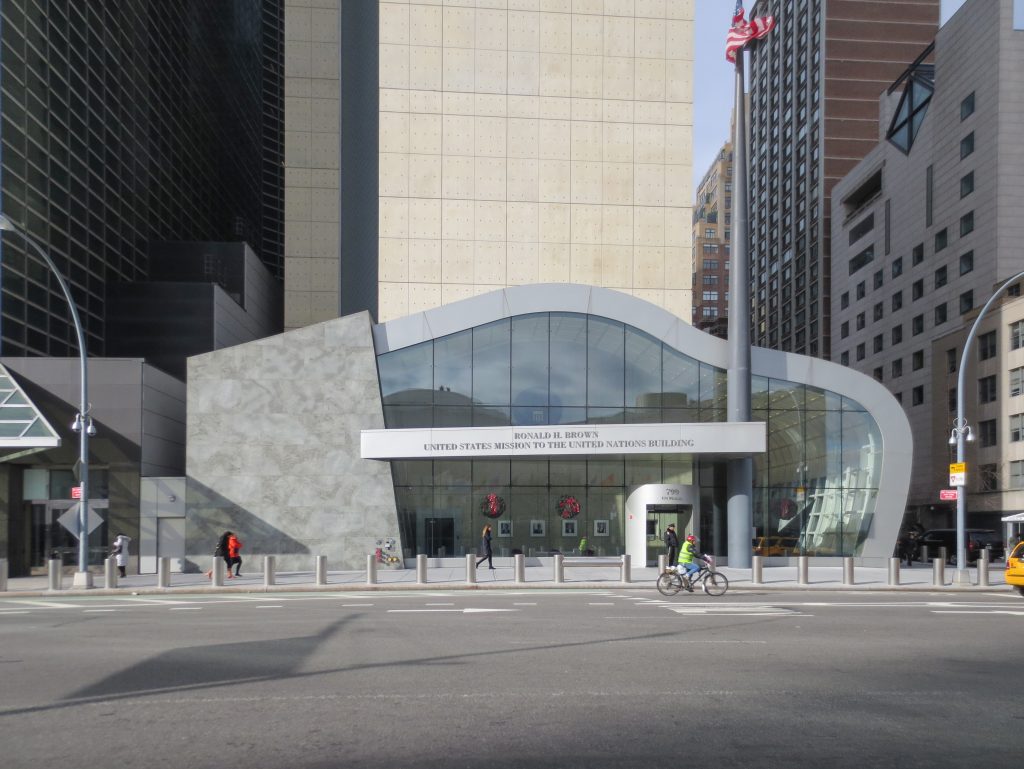 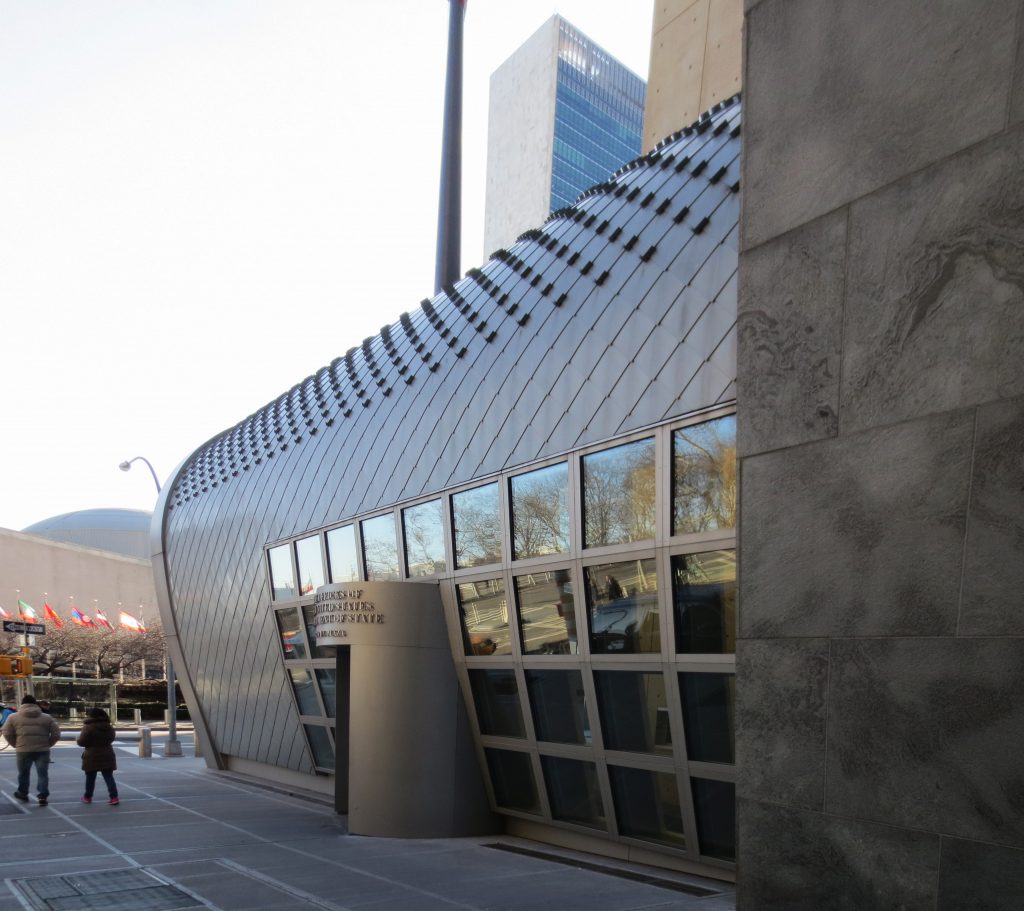 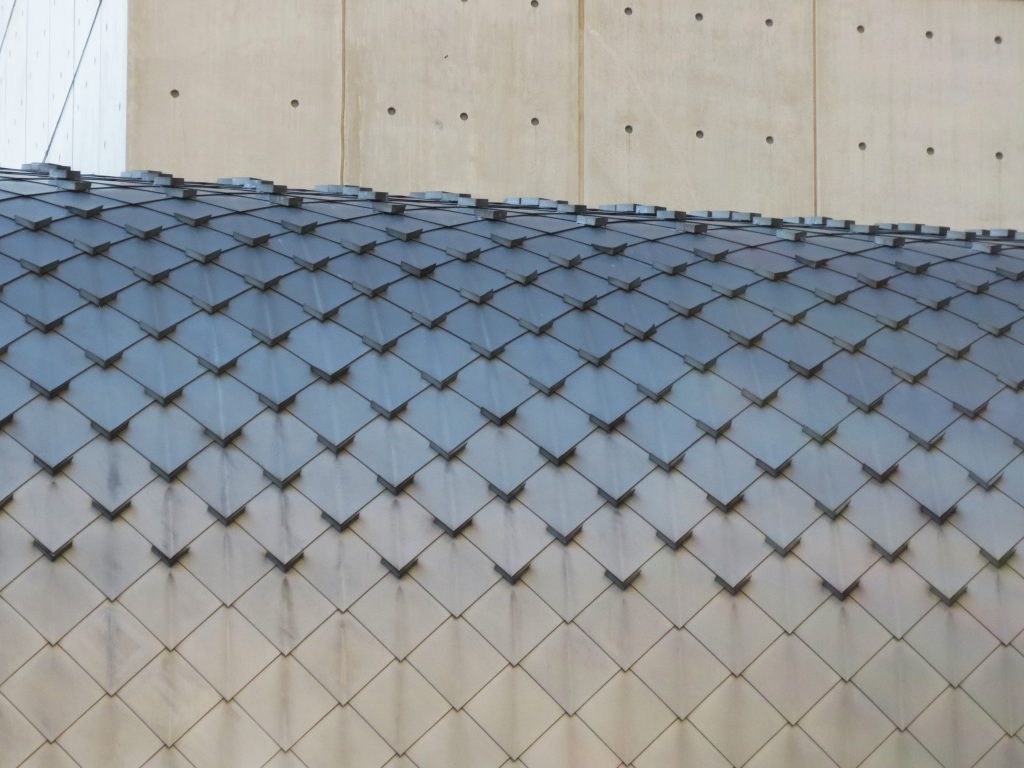 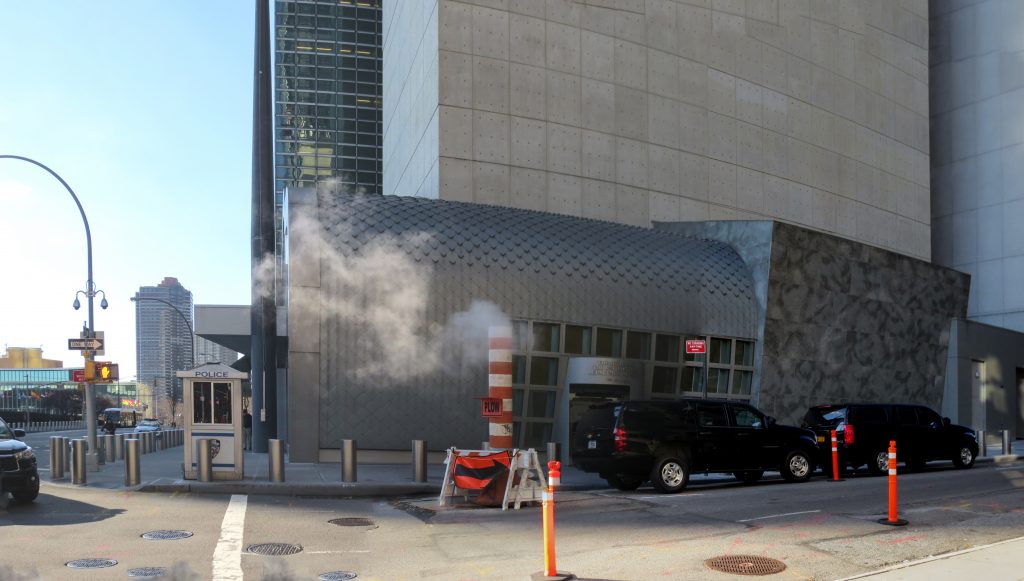 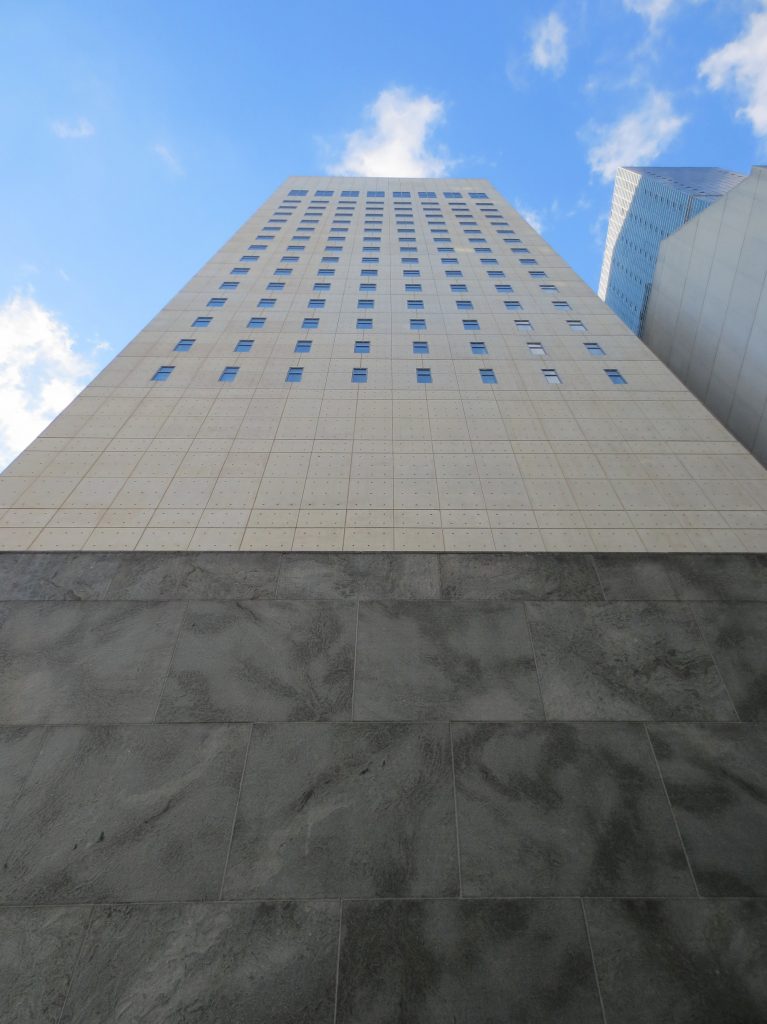 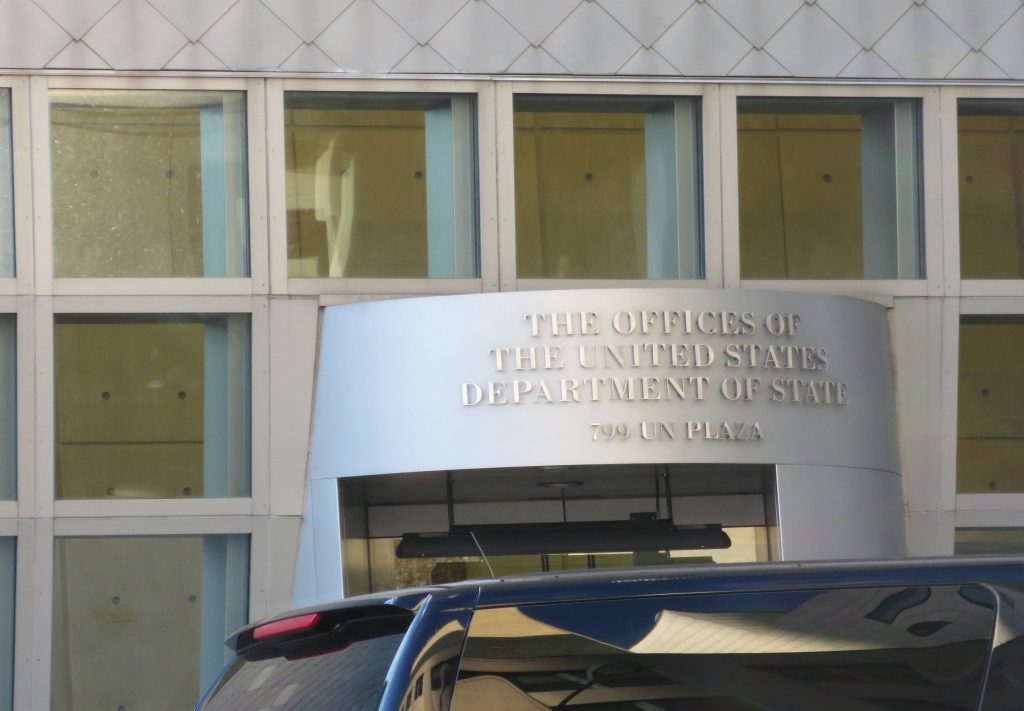 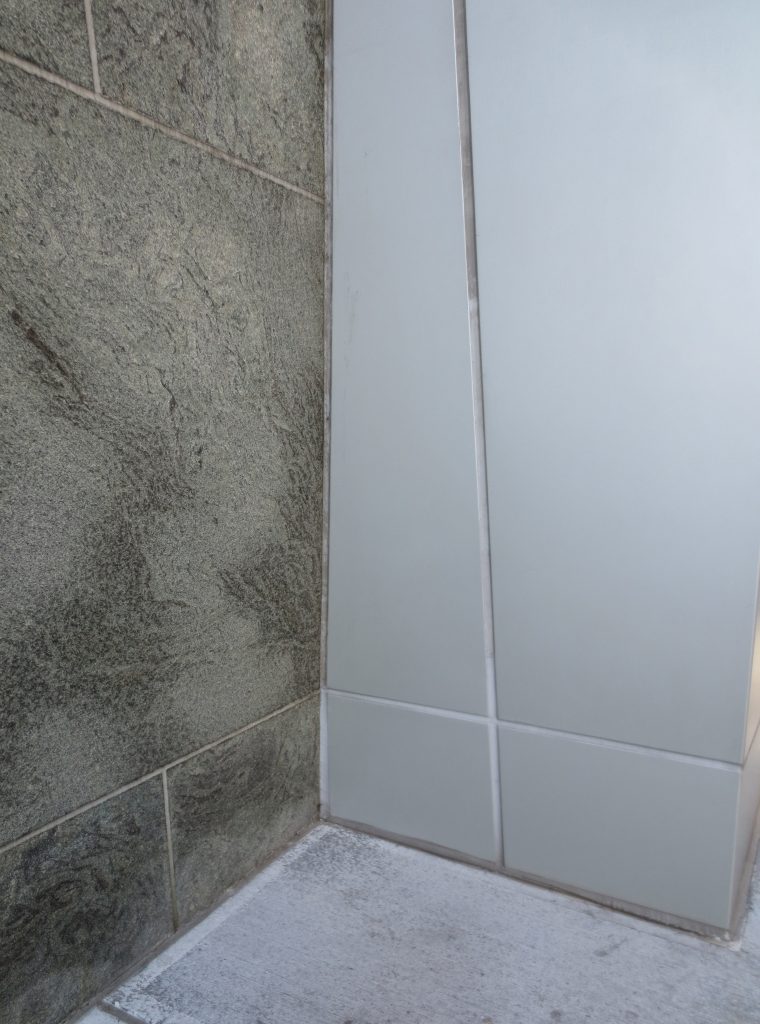 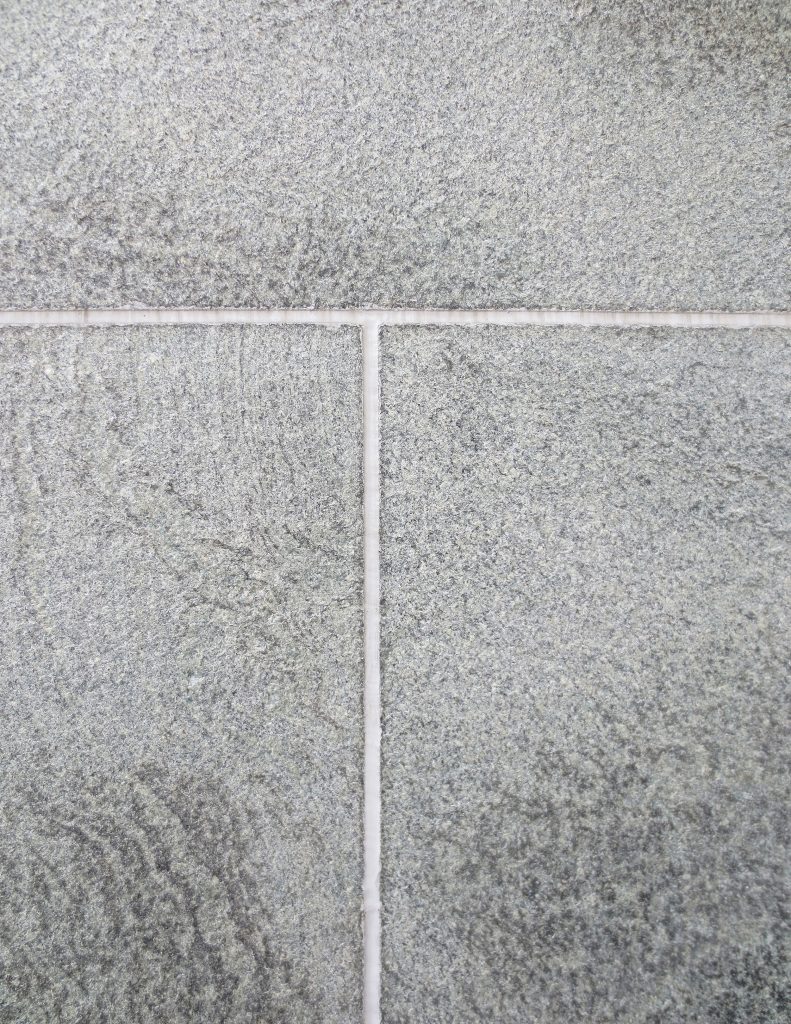 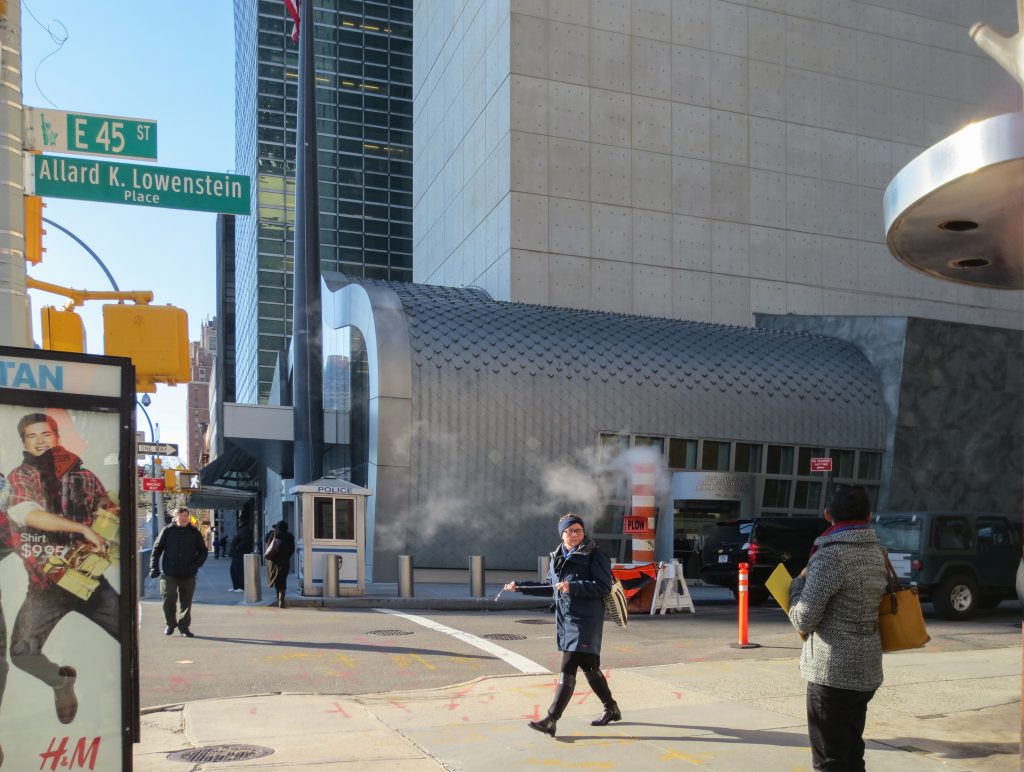 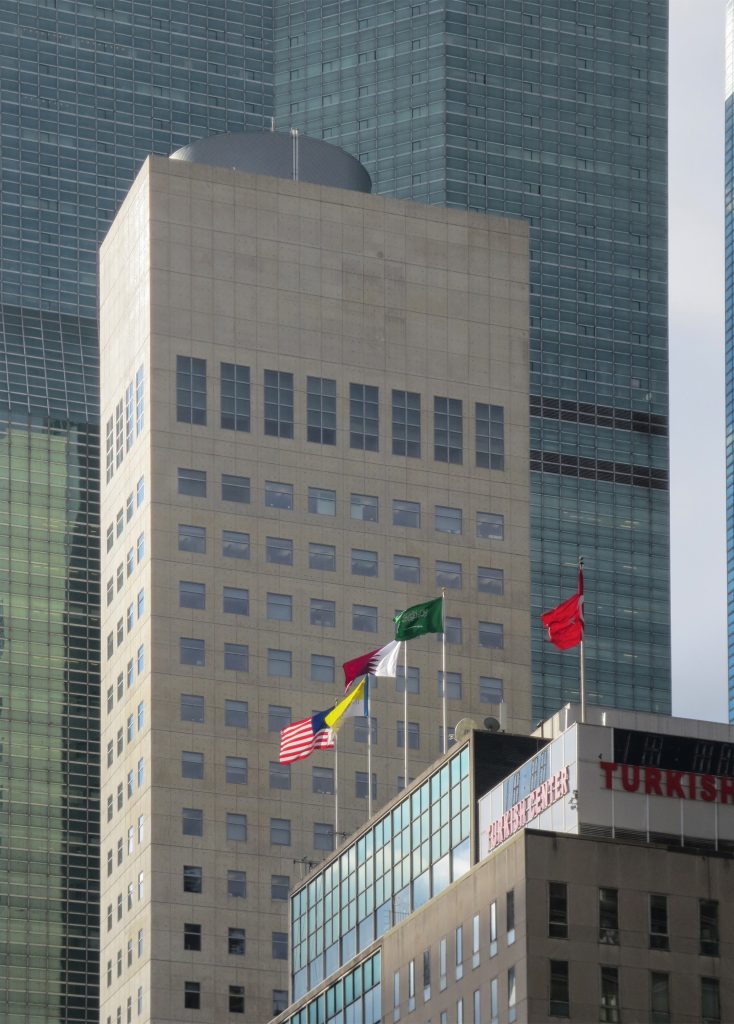 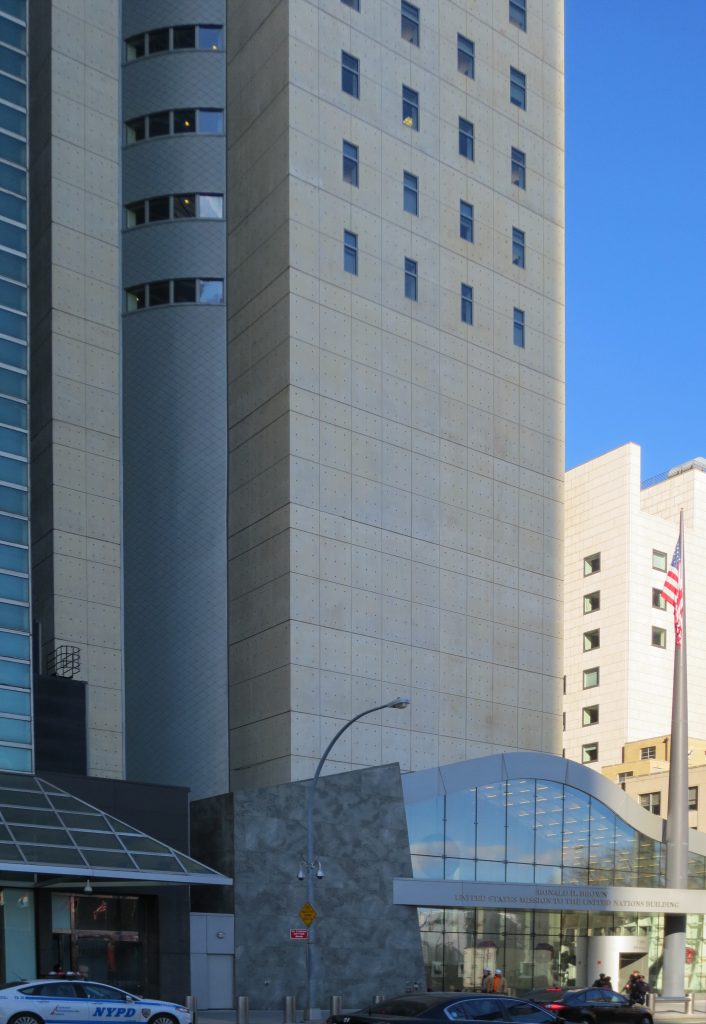 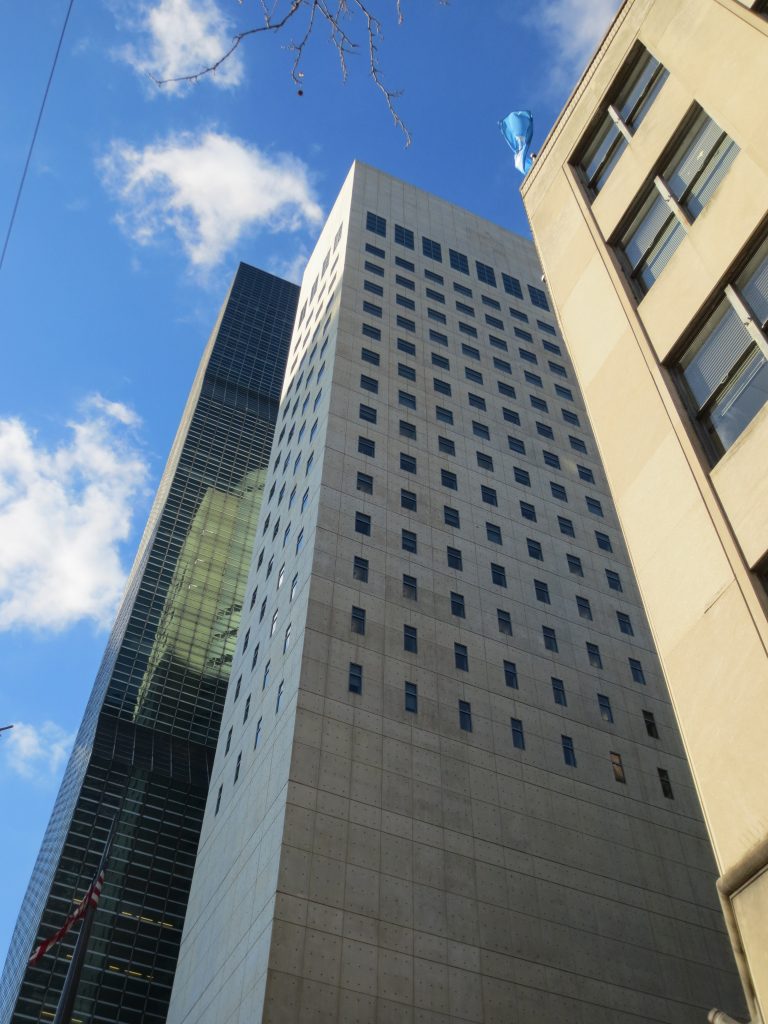 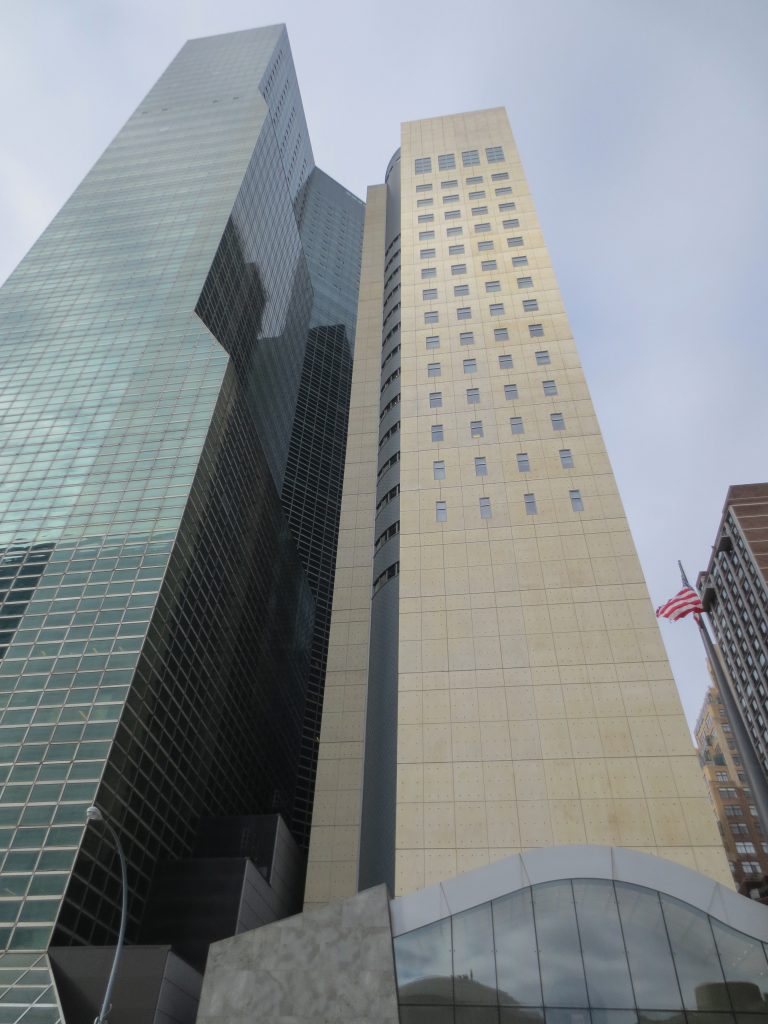 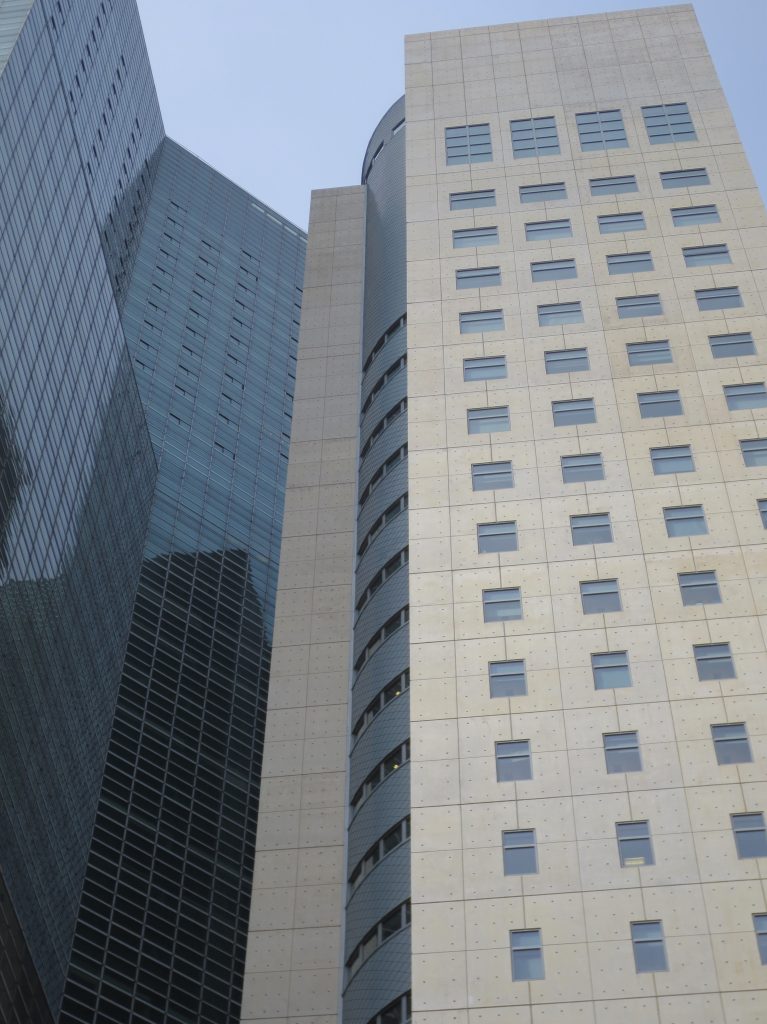 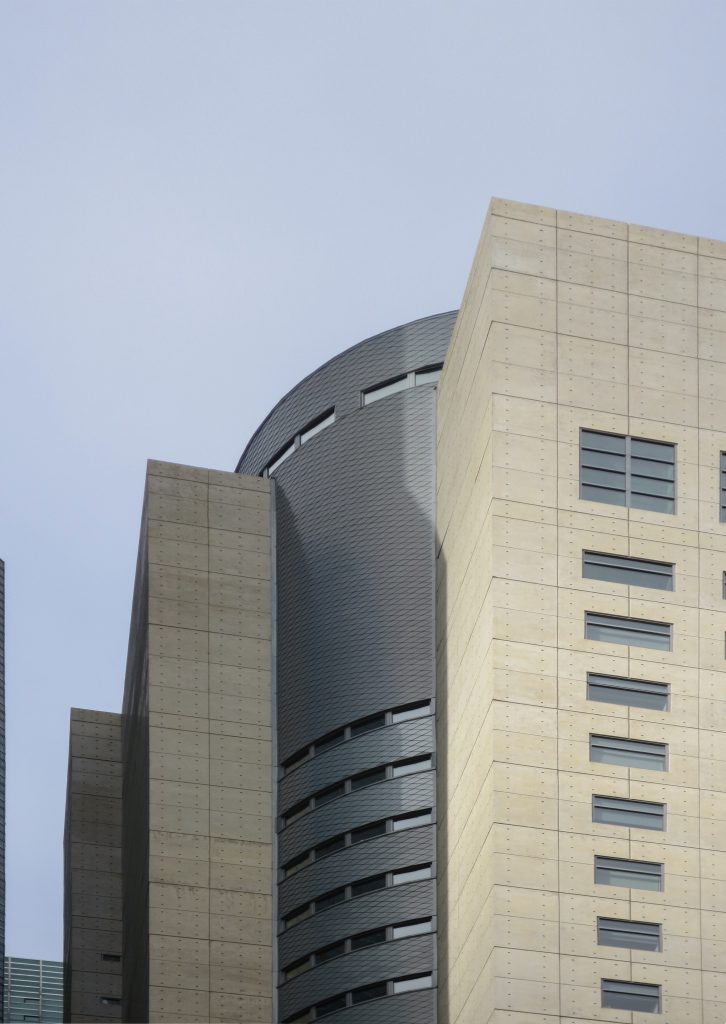 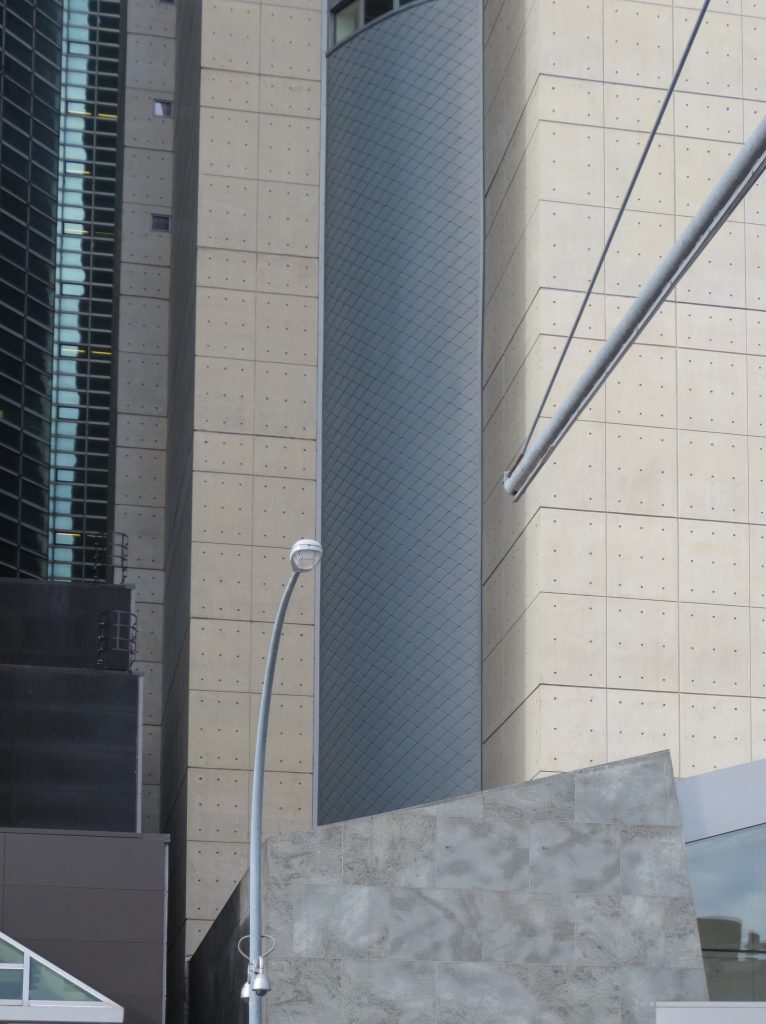 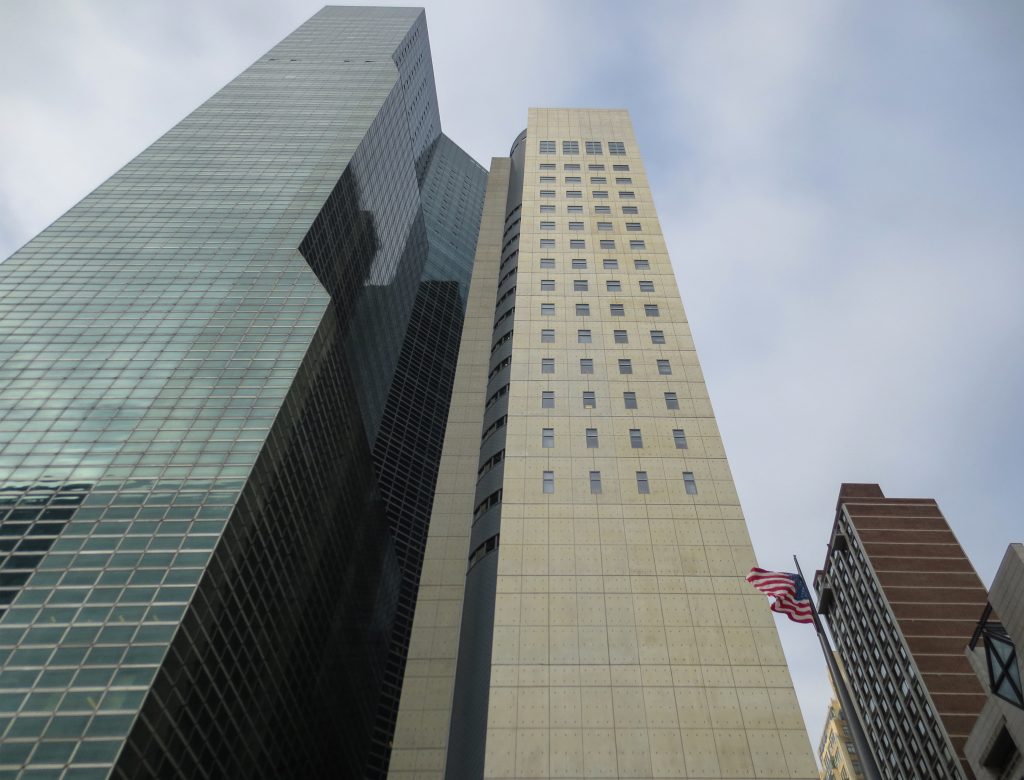 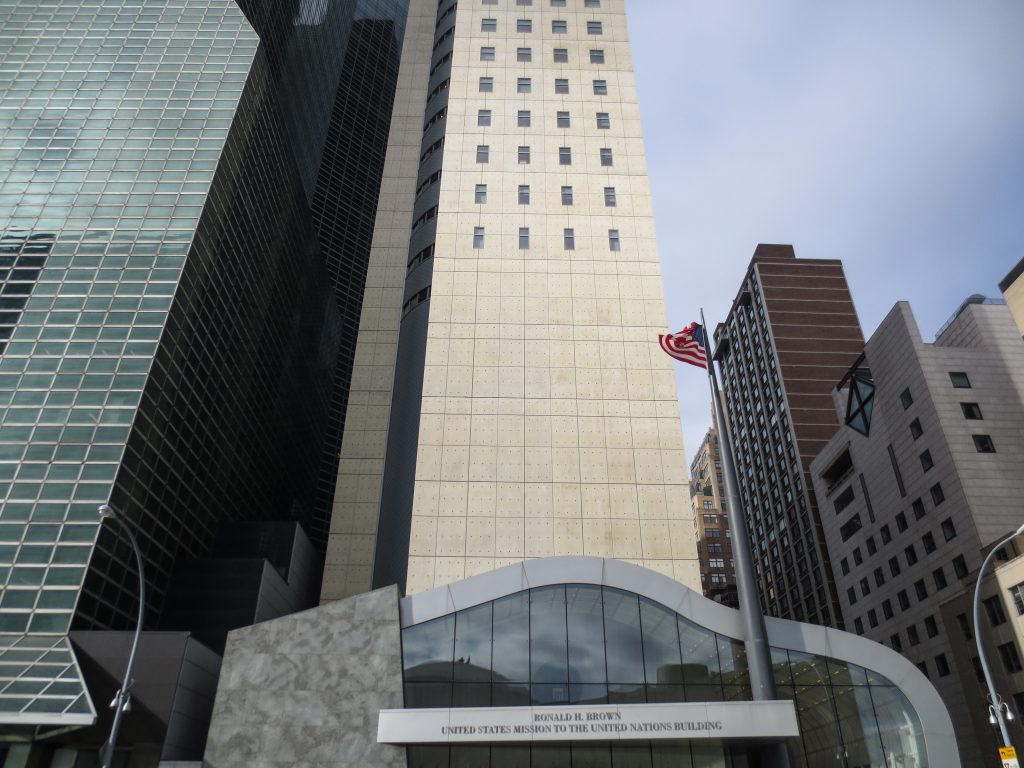