The city of Baghdad, now semi by the bombing, welcomed the best teachers in the architecture of the twentieth century before the era of Saddam. Frank Lloyd Wright, Le Corbusier and Walter Gropius made advanced projects. They were joined by Josep Lluis Sert, the Catalan architect in exile in Harvard, who designed the U.S. embassy.

The Embassy building is, according to many people who have studied, one of the most beautiful modernist buildings that were built and which was never given the deserved recognition. That lack of recognition may be divided as to the use of the embassy building, which the U.S. always has been associated with the governments in Baghdad despots in the region and this still image of the United States during the Cold War. These factors led to the population not to see the building as an architectural work but as a symbol of the activities that took place in and consequently underestimated.

The site consists of a narrow strip perpendicular to the river Tigris, in the new part, which was expanded in the fifties, facing the old city. The plot measures 65 meters on the west side, 120 on the east and 430 meters in length between the two sides. On the east side borders Al.Mansour Avenue and the west with the river Tigris.

This area, a bit aloof, was chosen by the upper middle class to be installed in individual homes and, in a less dense urban fabric of the chaotic Arab city, and country as the Soviet Union, China or the United States for its embassies during this decade.

The recommendation of the North American secretary of state in 1954 the architects chosen to design the embassy of the country was as follows: “The architects chosen to design U.S. embassies abroad must show his foreign hosts, through its architecture, dignity The power of the United States and its friendly affection to his people with good intentions and respect for the countries where embassies are built.”

Following the advice part of the secretary of state proposed architecture Sert very consistent with their environment, demonstrating a deep understanding of the environment in which its architecture is implemented but not forget their roots.

Sert solutions takes the traditional architecture of their native land for comfort climate of the building (one of the main problems to be solved) by reducing energy consumption of all these strategies and camouflaged under a curtain that gives the East as a whole and related with their environment.

As already mentioned Sert covers building this kind of “curtain” of tissue magic “that transforms it to adapt to the culture of the location. The curtain is geometric shapes, patterns, repetitions of mosaics, symmetries and other techniques similar characteristics as the oriental culture and architecture. We find from the roof, which folds to form symmetrical patterns facades, which are coated with a lattice formed by square rotated 45 degrees to create a seamless fabric.

Sert also decided to link the complex to the river that defines its territory by one side as a means of bringing more to the place. To achieve design a water channel linking the complex as the backbone of the human body is involved. This channel is born Trigris in the river and runs across the hall to its extreme, where he died in a pond. Main channel emerging tributaries along its route in charge of bringing water to the entire building for irrigation of vegetation. This was probably a fake, after observing and understanding the whys and customs of Eastern cultures, the channels that make up the temple of the Alhambra, in the Spanish city of Granada.

The complex is grouped to form a “U”. in the center is a park with vegetation, ponds and bridges that connect the different departments within the embassy. This central oasis water bodies with their help create a microclimate within the site.

The building has three levels with a roof crowned “folded.” Each level gets a different treatment on the front:

The ground floor will be setbacks in terms of leaving a thin facade pillars that mark the rhythm of the structure.

On the first floor also plays with the setbacks of the facade but this is left on the perimeter a lot more than the pillars. On the first floor in the shape of a square lattice rotated 45 degrees covers the entire facade rhythmically cut to make room for a larger openings. This forms a kind of lattice gallery between the front and the front wall of the space. This area of “gallery” is extremely useful for controlling the indoor climate as it can create shadows and currents that help keep cool. Not surprisingly, the architect architectural use this tool to get more control over the environment as they knew it works to perfection because it is an element used in all buildings in the widening of his hometown, Barcelona, with excellent results.

Arriving at the third and top floor we find a new game that made the architect of the facade. In this case does not opt for the setbacks, but by the front left unfinished in his journey between the two forged. So we can say that the facade of the third floor is only halfway between the size of forged, leaving the top free space. In this space are taken to begin the pillars on the ground floor and finish on the deck that collapsed is the distinctive symbol of the building. This open space under the thin concrete form to the deck is another excellent mechanism to ensure the architectural climate comfort inside the building. Again the architect refers to the traditional architecture of Catalonia hometown to solve the problem because this system of “double deck” VENTILATED was commonly used in farms in Catalonia.

There are other buildings in the complex separated from the building of the embassy.

The first is a two-storey block where the security services and the complex.

The second is the highest of all, with four stories high, dedicated to housing the embassy staff. Departments within the building are a private, two and three bedrooms. This building also has a pool for the enjoyment of its occupants.

The ambassador’s residence also earned an own building. This is designed not only as a private residence of the ambassador, but also to host ceremonies and receptions. To achieve this dual-use Sert rioja doto a courtyard itself as well as all large rooms devoted to this central courtyard. It can easily accommodate over 100 guests ceremonies.

The building falls clearly within the modernist movement and so much material as the type of structure is perfectly adapted to it.

The reinforced concrete slabs set as pillars and was the material which was built architecture. He was also due to the characteristics of the plastic material that could be ways to achieve the “folds” in the geometric deck.

With regard to the coating materials were used to mimic clear sandy tones of the building with the environment as well as local and therefore easier to find and work. 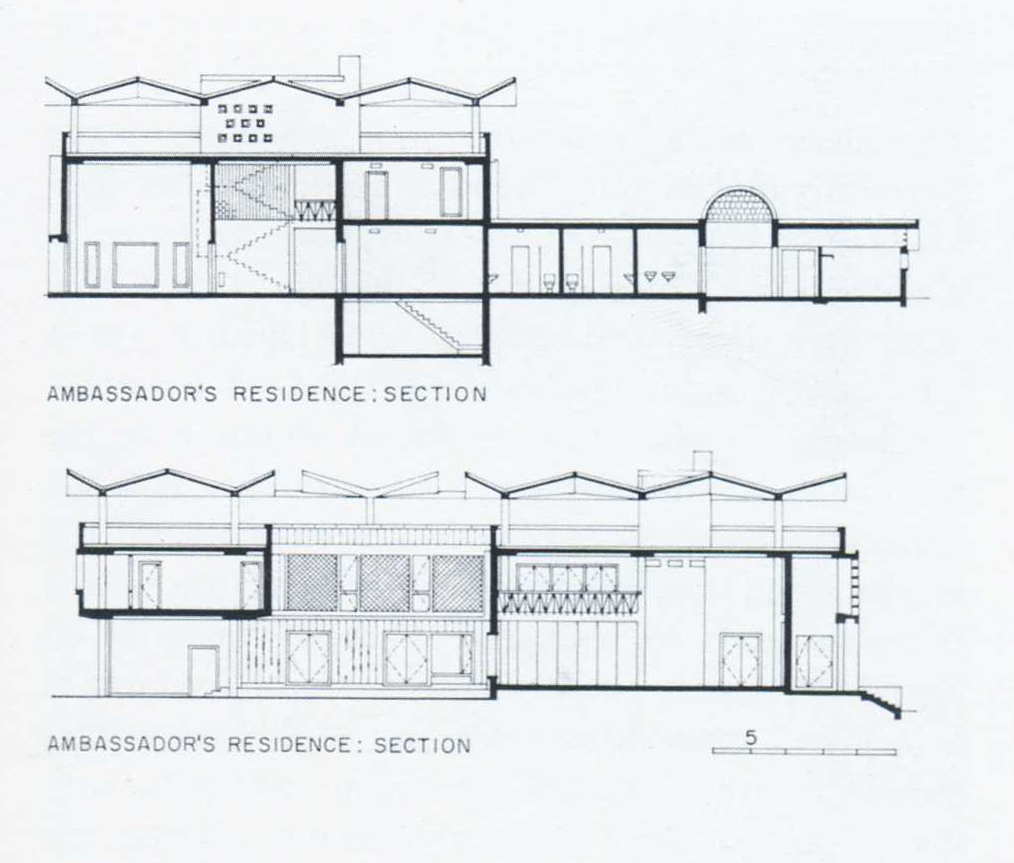 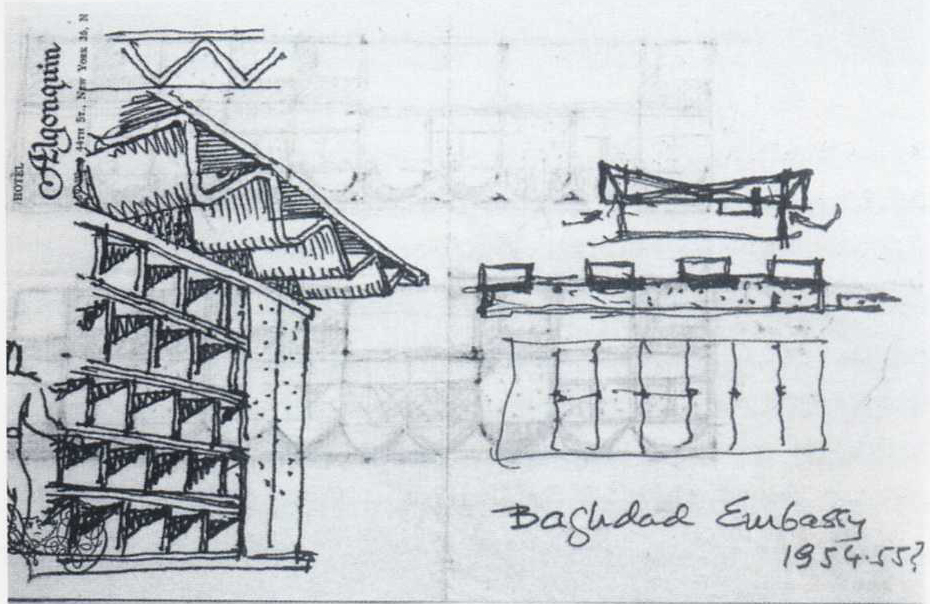 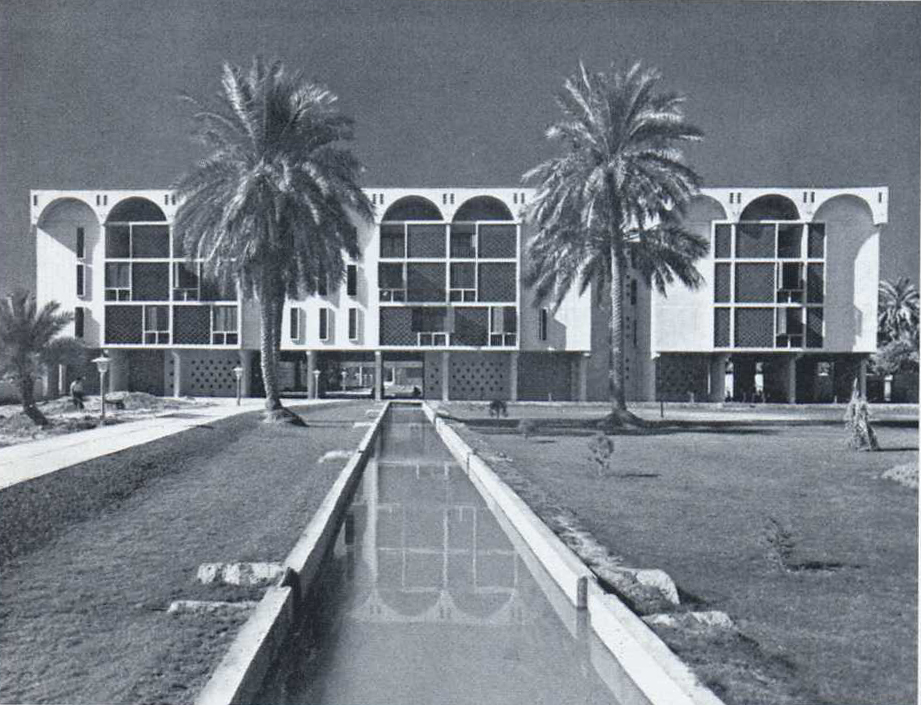 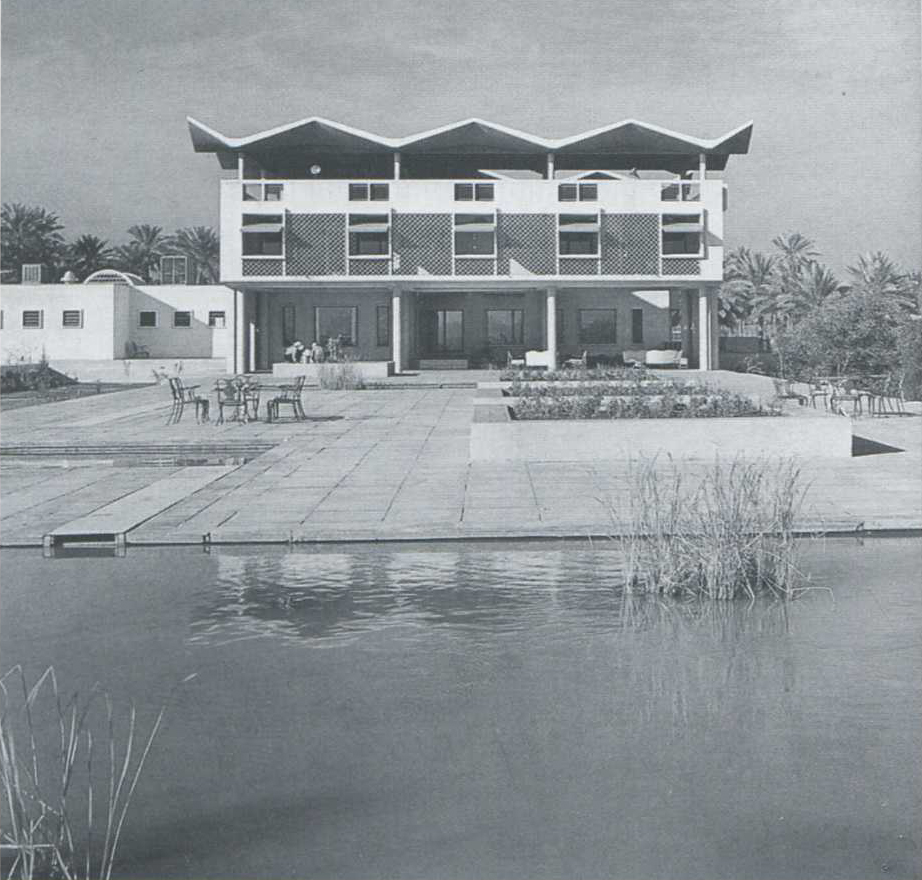 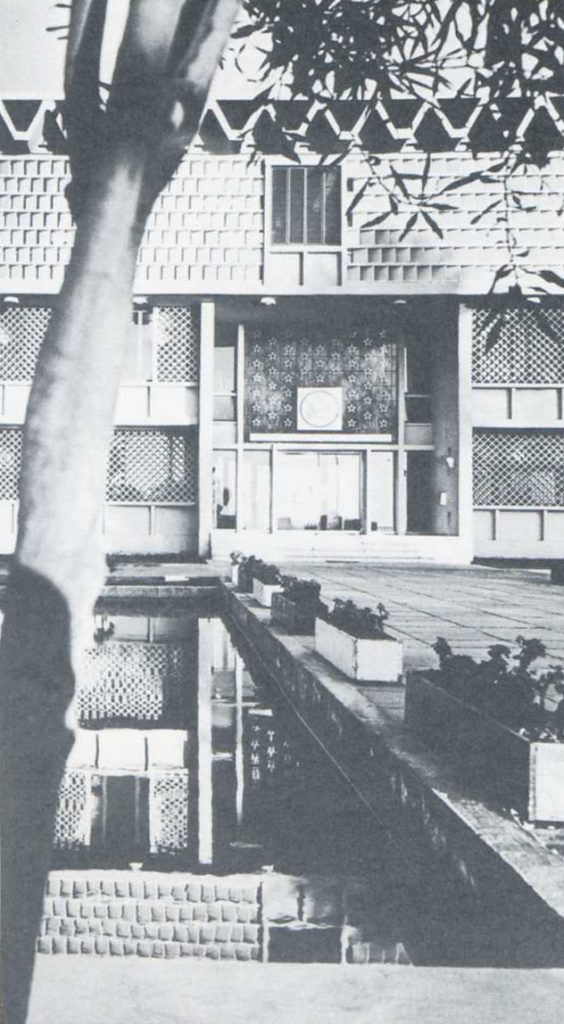 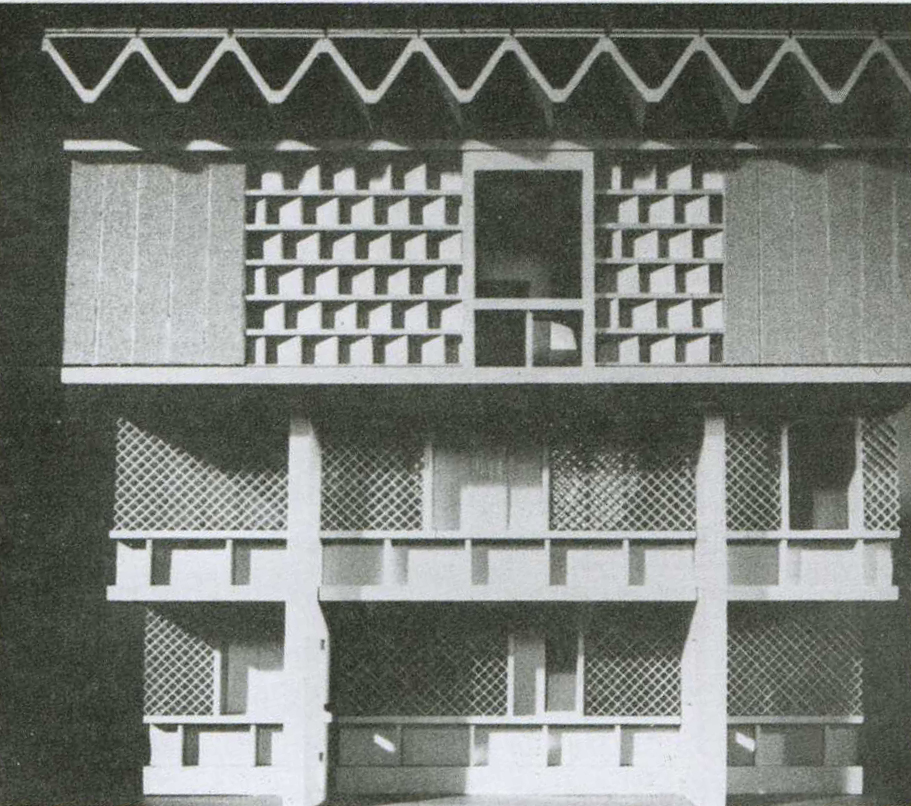 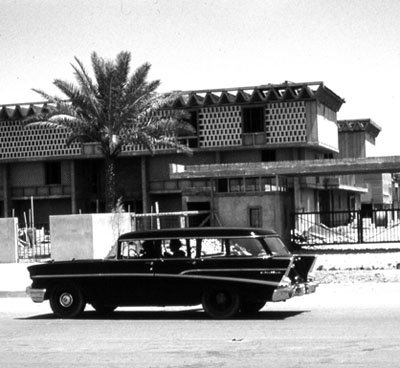 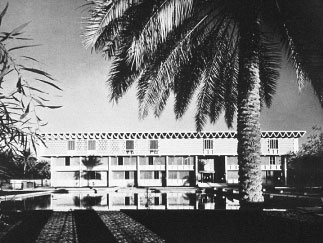