The president Juscelino Kubitschek, realizing his campaign promise of “fifty years of progress in five” in 1956 launched the idea, conceived in 1789 and in article 3 of the Constitution drafted in 1891, of build a new capital city to submit to Congress the “Message from Annapolis.” Be approved that year by the House and Senate, was the work of urban planning in the hands of Lúcio Costa and building design in the architect Oscar Niemeyer.

The center of Brasilia was outlined with a wide corridor of gardens bordered by two wide avenues that separate the city into two areas like the north and south. The corridor ends at the Plaza of Three Powers, where the Federal Supreme Court, the National Congress with its two twin towers and domes, and the Planalto Palace where the president or executive. Before the Three Powers’ Square is the Esplanade of Ministries with their repetitive buildings that create a semblance of order in line with what should be the government.

The set is arranged around a square which completes the monumental axis of the city of Brasilia. According to approaching us for the high street and are the first thing that marks the distance from the Congress building. Behind him the square, and each side of the Planalto Palace and the Supreme Court. At the center of the square, just behind the building of the congress is the Museum of the Foundation of Brasilia as the only added element to the whole project from the beginning.

Construction of the Palácio do Planalto, whose official name is’ Palace of the Despachos’ began to be built on July 10, 1958 and was due to the architectural project designed by Oscar Niemeyer in 1956.

As the seat of government, the words “or Planalto” is often used as a metonym for the executive branch of government.
The main job of the office of President of the Republic is at the Palacio do Planalto.

The idea was to project an image of modernity and simplicity, consisting of a rectangular glass box between two slabs supported by a colonnade perimeter. This definition is still some way to remind us of Greek temple, with its colonnade and central cela protecting the perimeter cela where the treasure was kept in the city, in this case, political power, the treasure of the modern democratic society.

The generous flat roof above the line of fences to protect the facades of the direct sun, while the elements that form the perimeter colonnade are Alagoas in a direction perpendicular to the facade creating visual maps that section, giving a sense of privacy in an area which, moreover, is very open and transparent in its interior, in addition to being located on a site with no nearby and thus can be seen from a distance by its four sides.

The Palace is four stories high and covers an area of 36,000 m². Four other adjacent buildings are also part of the complex.

The lines that define the court are very similar to the Planalto Palace, with an air of modern temple placed on a platform that seems to float above the ground.

Not surprisingly, both buildings are similar since they were designed in conjunction with the project of the square of the three branches and are placed symmetrically with respect to the axis, not just the plaza, but the entire city of Brasilia.

These two “temples” face of the square through which the building is the Congress, as happened with the Roman temples located around a plaza shared for their sacrifices.

The Brazilian National Congress is bicameral and comprises the Senate of Brazil (the Senate) and the Brazilian Chamber of Deputies (Lower House). Since the 1960s, Congress has its headquarters in Brasilia.

Like most government buildings in the city, was designed following the style of modern Brazilian architecture. Located to the left hemisphere is the seat of the Senate, and that is to the right is the headquarters of the Chamber of Deputies. These include two office towers. The Congress also occupies other surrounding buildings, some of which are interconnected by a tunnel.

Its location as an end point of the axis of the monumental city forced this book to be an icon of the city and therefore the country. Therefore should be able to maintain its even from a distance, as can be seen from distant viewpoints abnormally, not something that happens with most of the buildings located in city centers.

The building is full of duality. On the one hand the horizontal line that creates the building session, and since the distance is indistinguishable from the soil of the square, in contrast with the verticality of the two office towers which in turn set the flag, making which is easily reachable from almost anywhere in the city.
On the other side on the horizontal surface that generates the deck of the building where meetings are placed opposing surfaces, one concave and one convex, and hosting them in the senate and chamber of deputies.

Dominated in the set as usual in the works of Niemeyer, white shades, which are given on this occasion placated by white marble and concrete surfaces treated to during the process of putting in work to achieve and maintain that color. 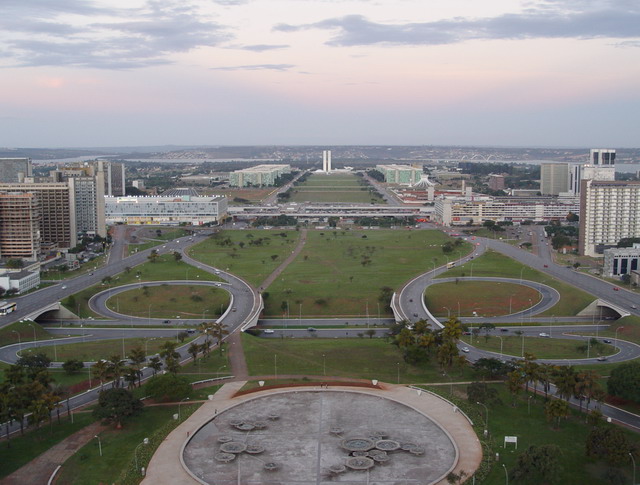 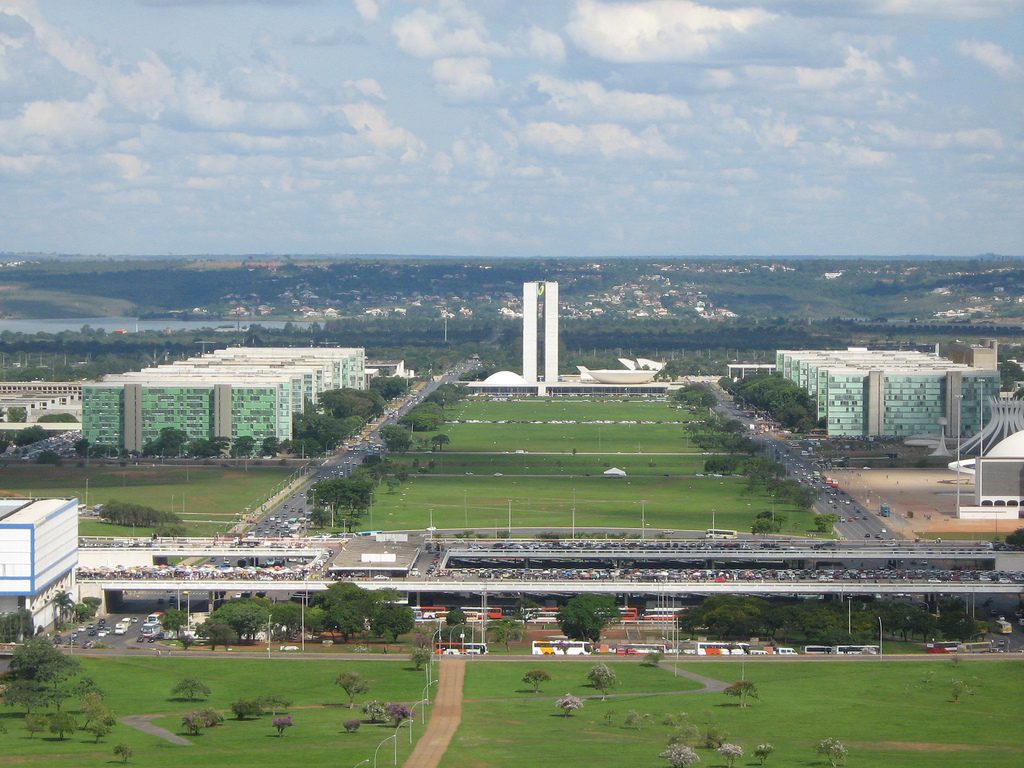 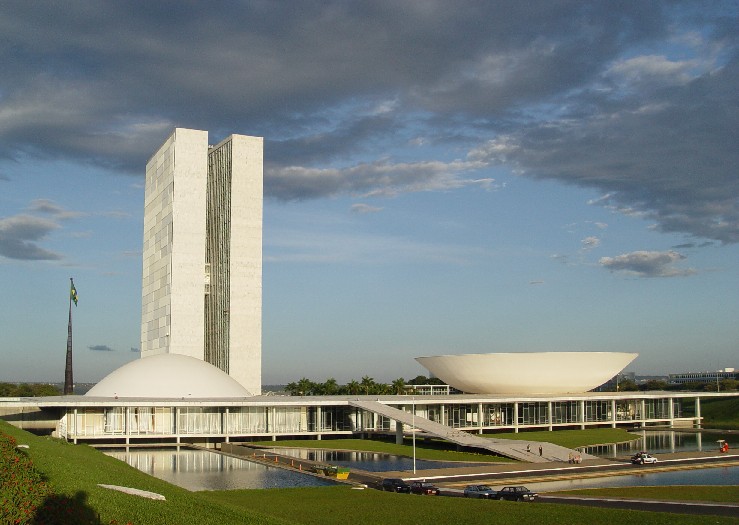 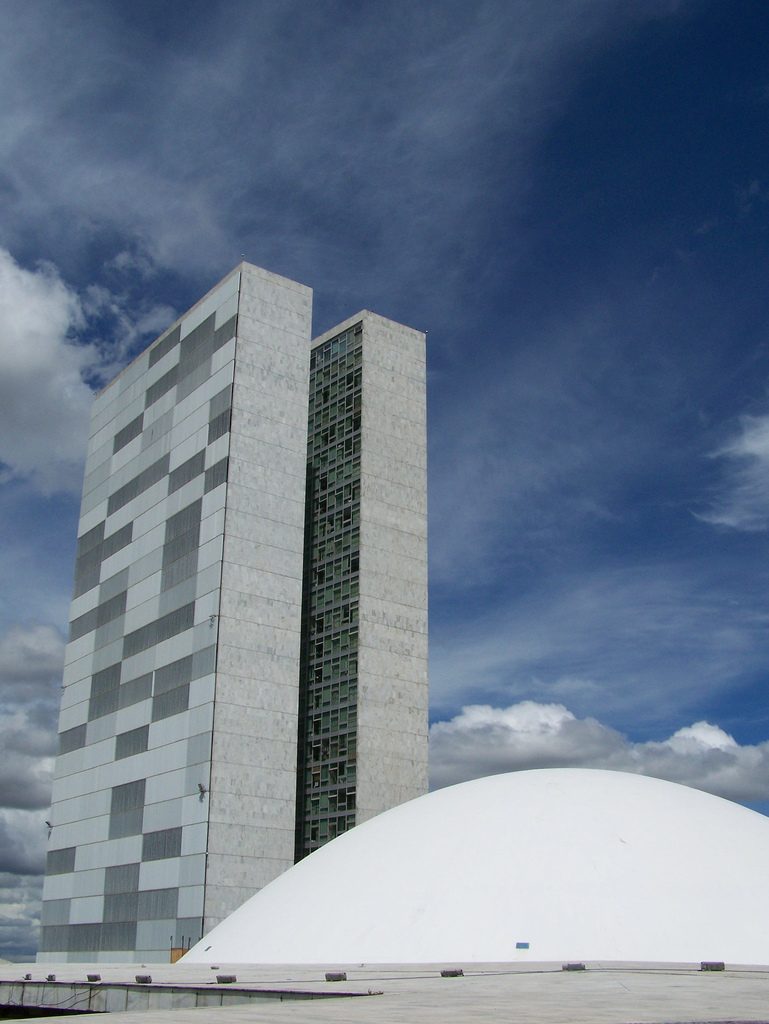 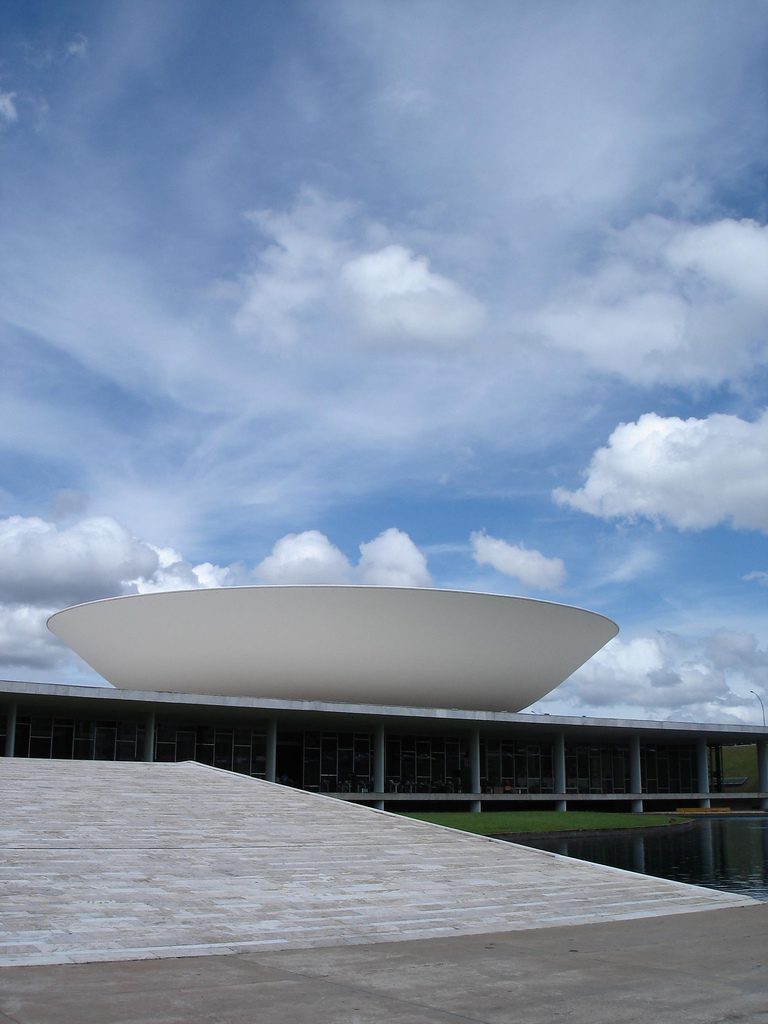 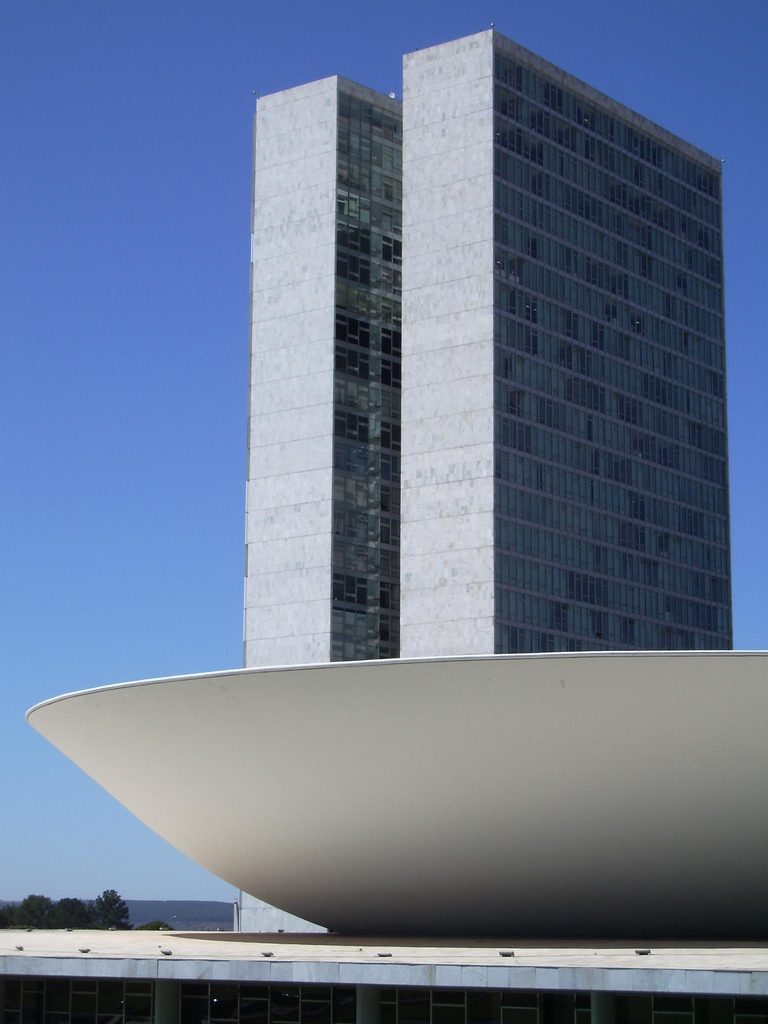 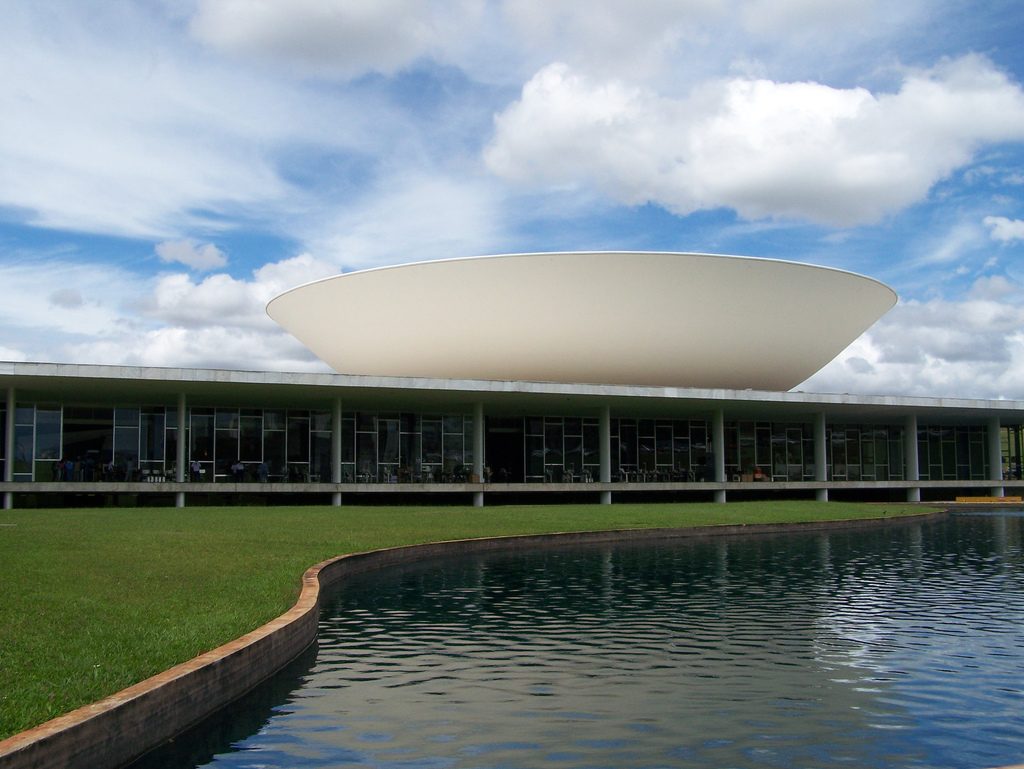 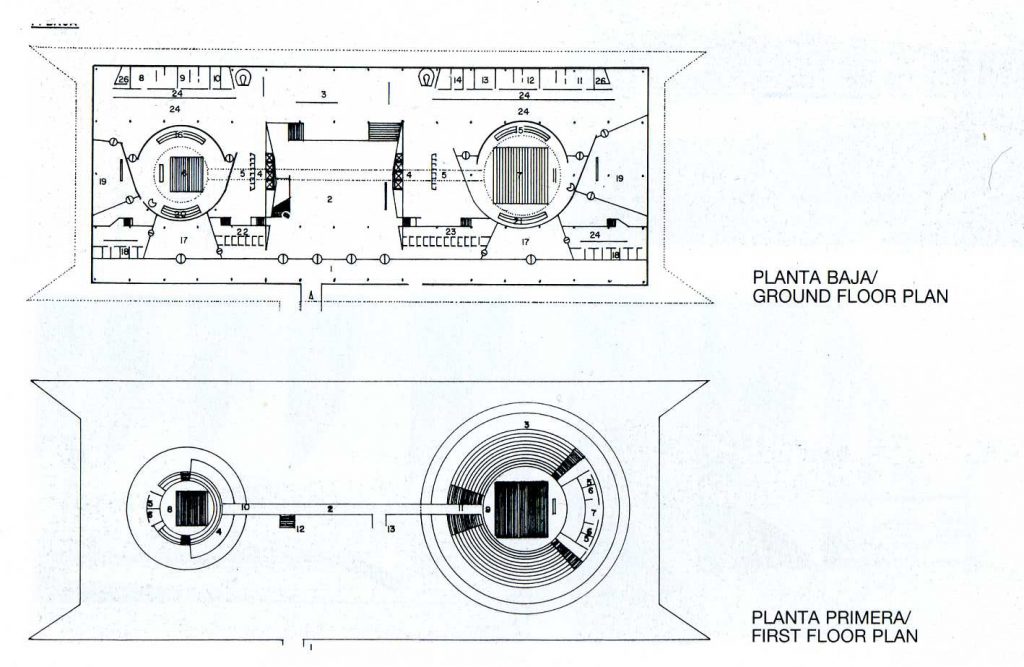 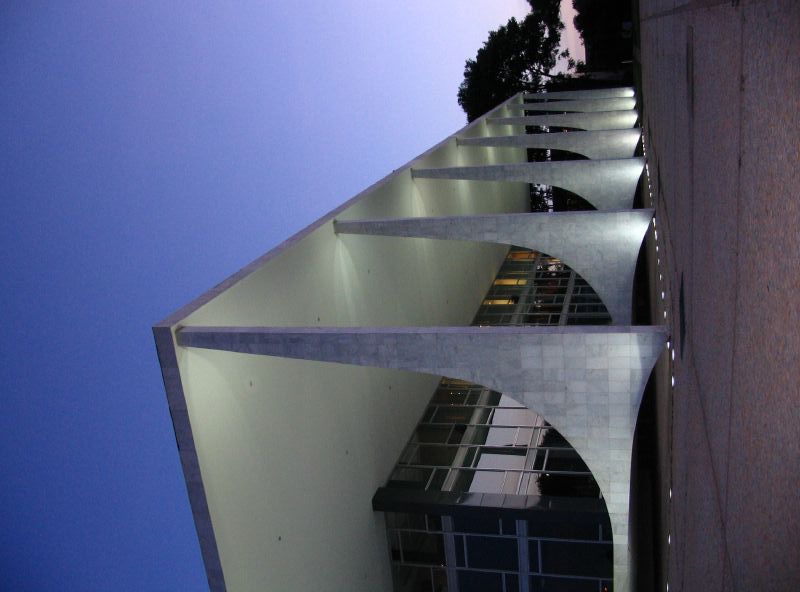 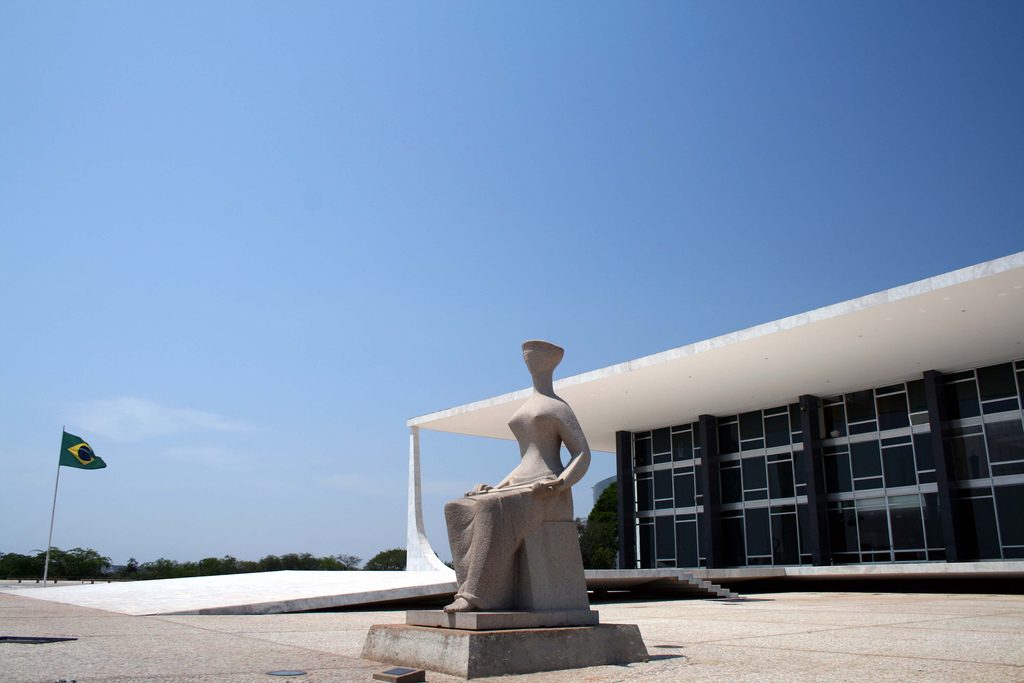 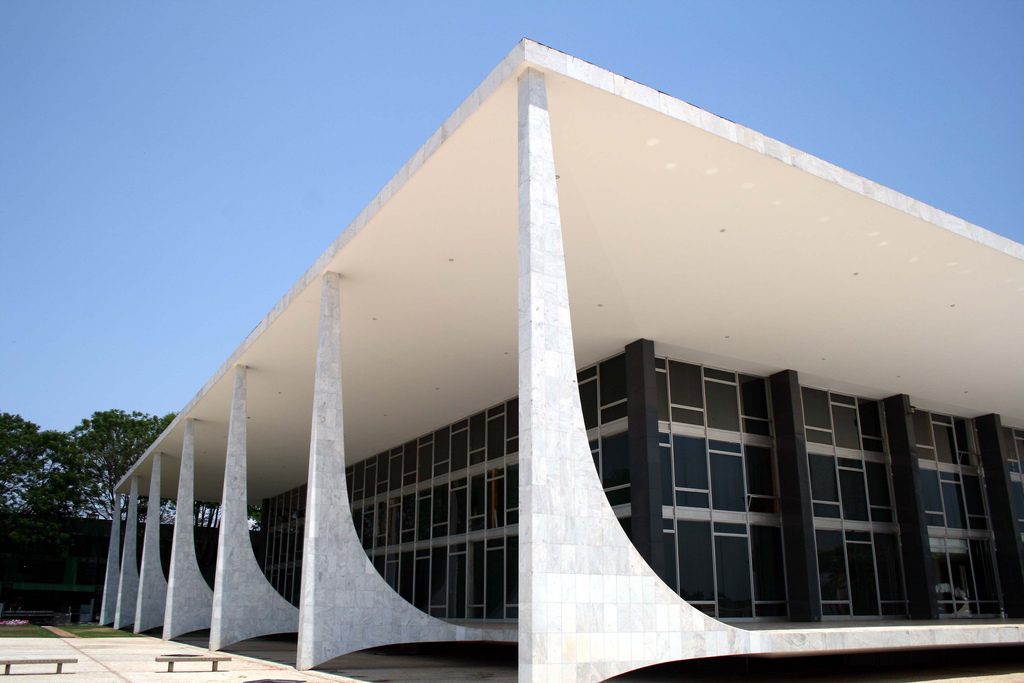 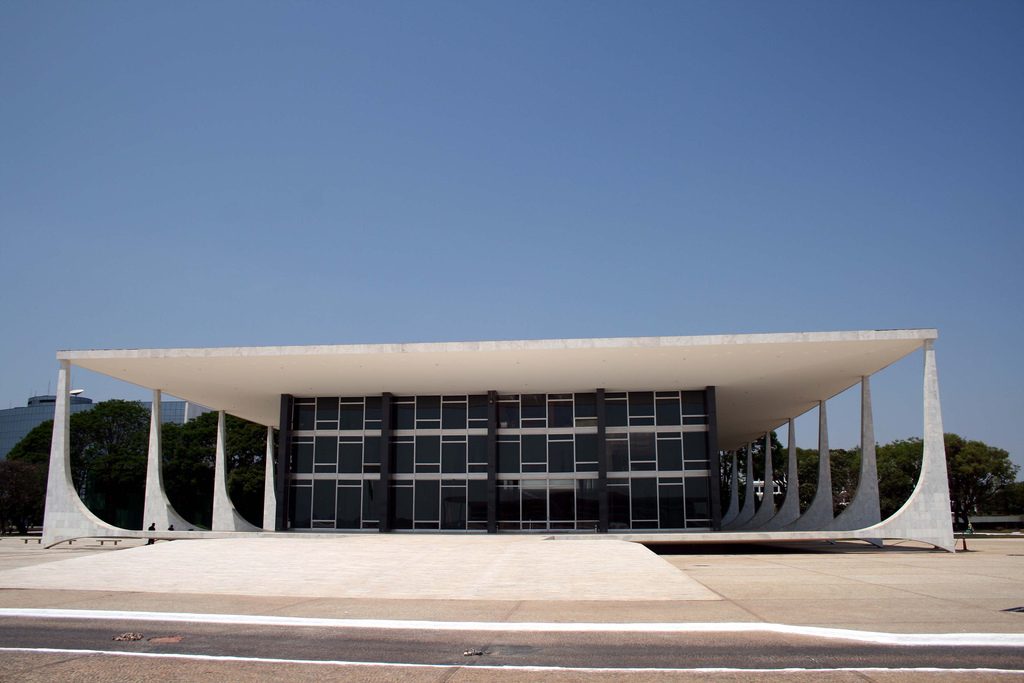 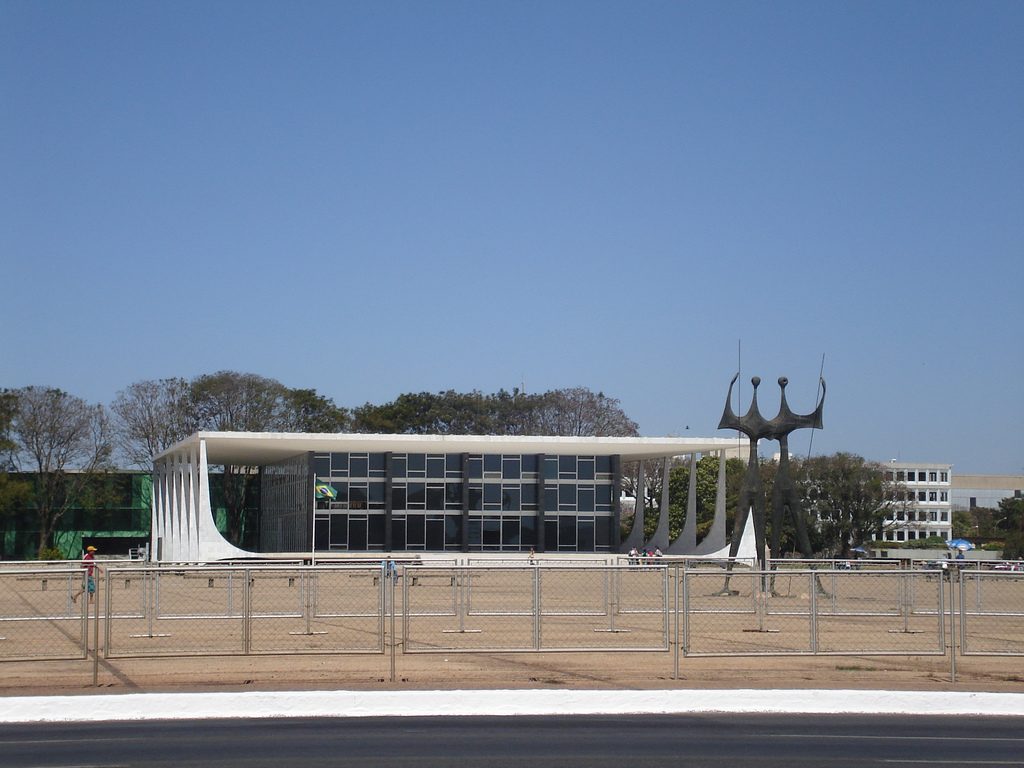 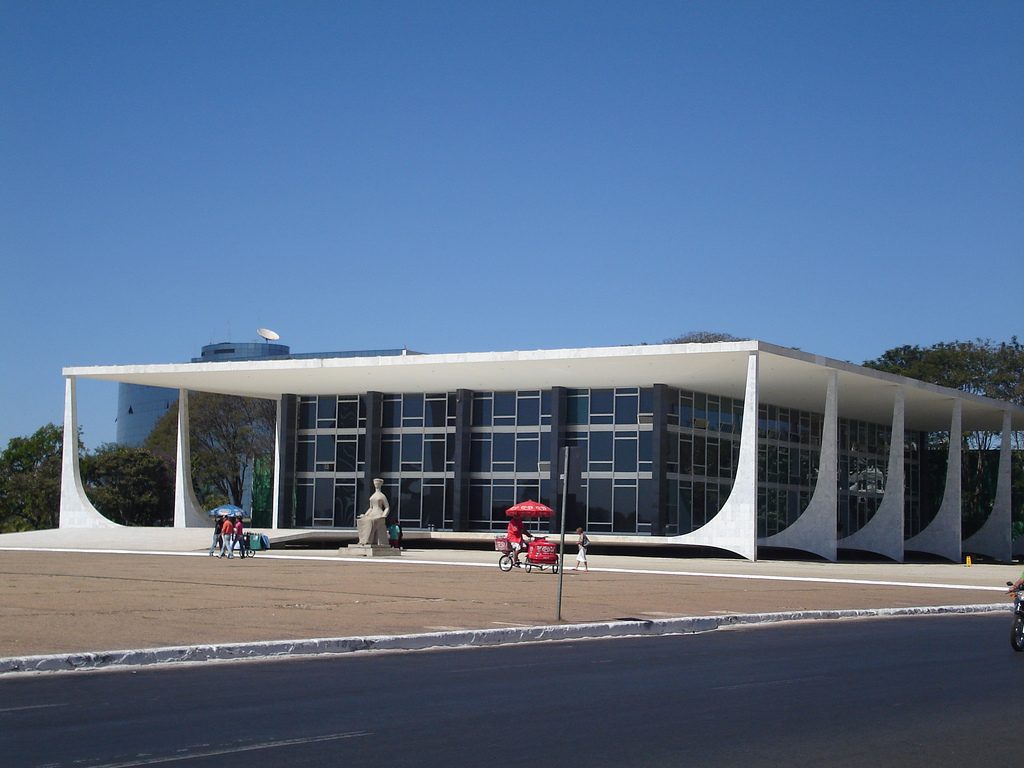 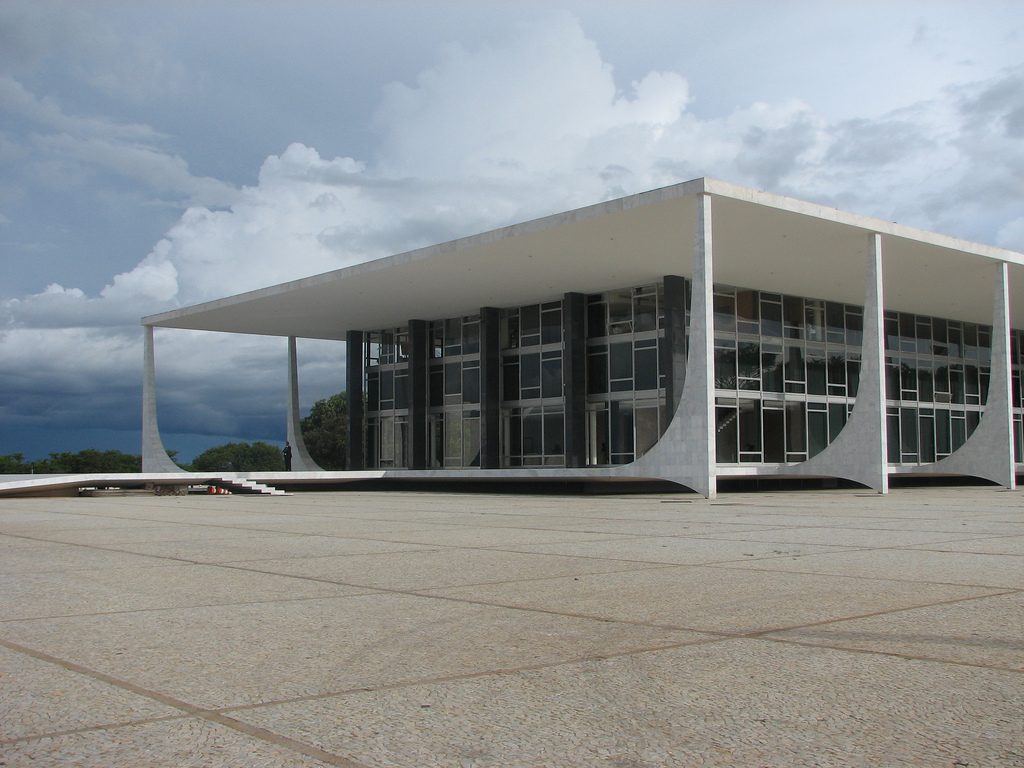 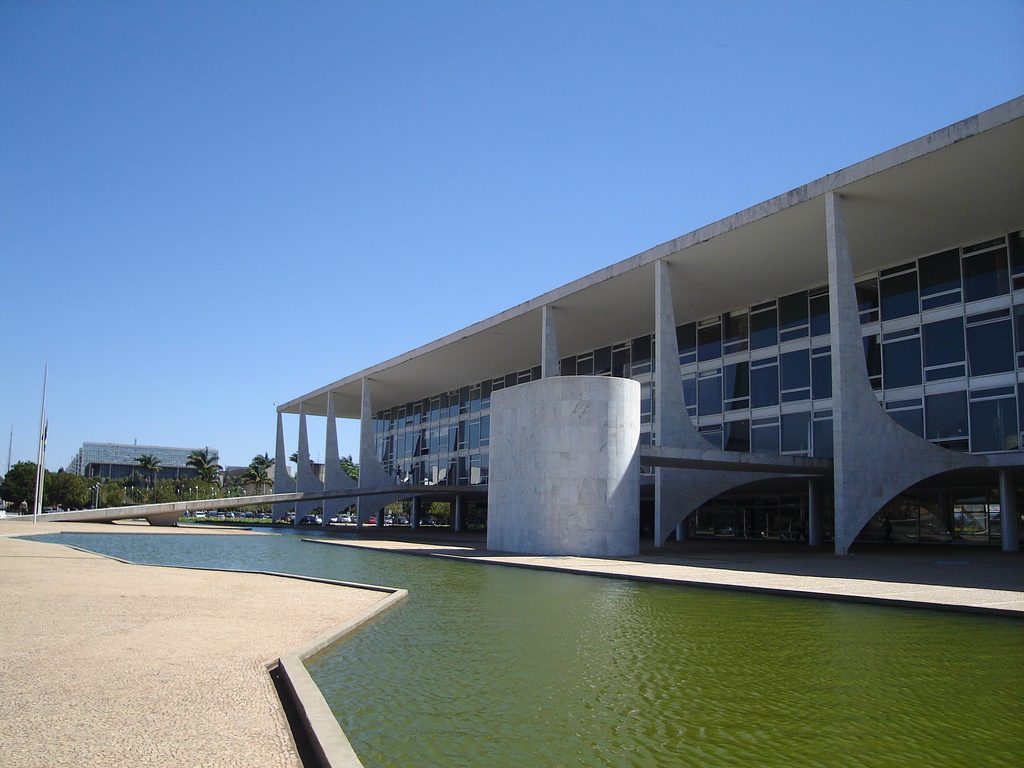 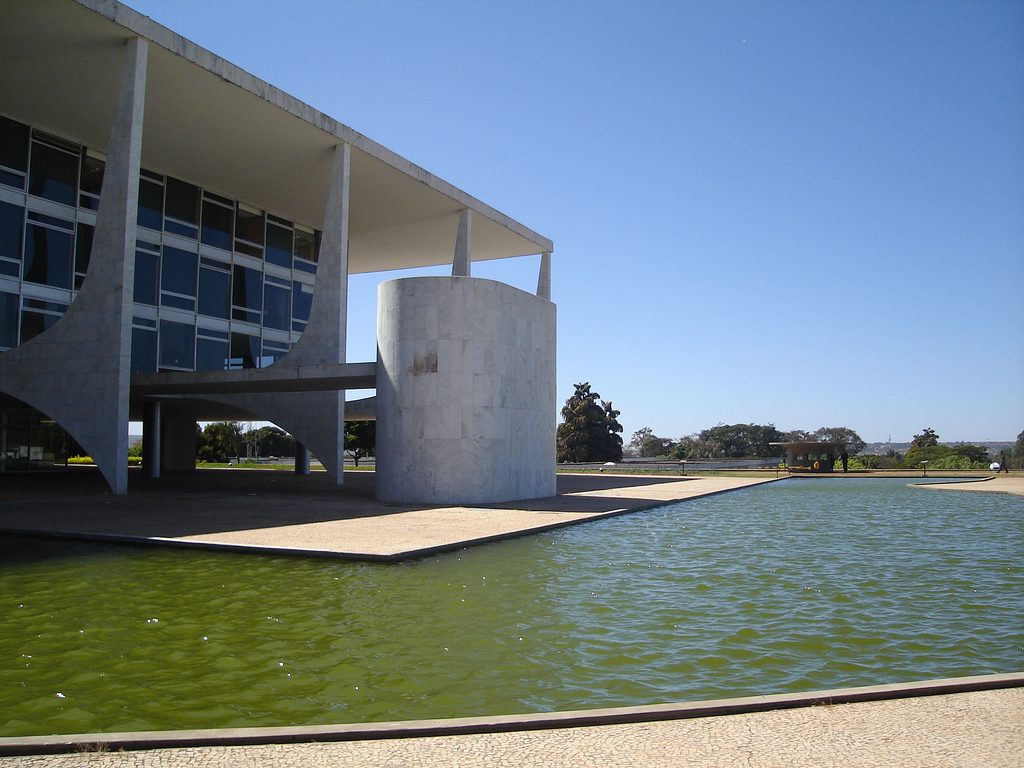 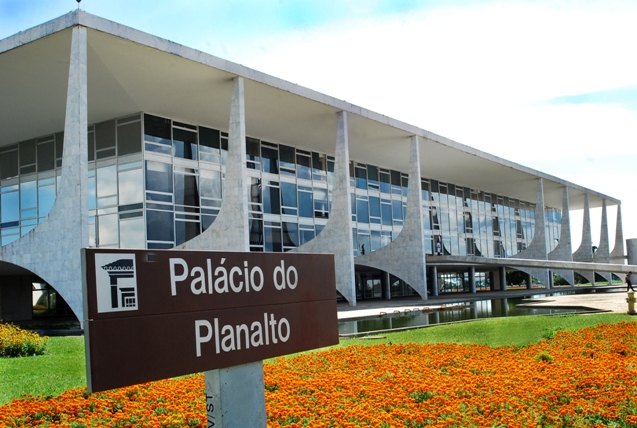 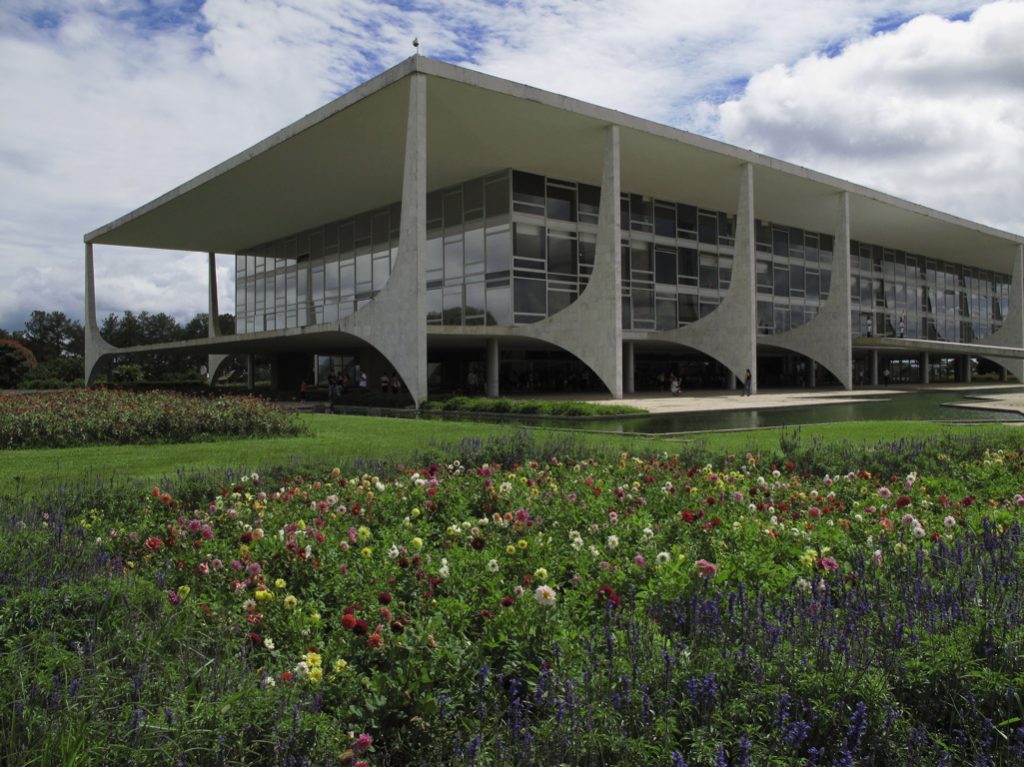 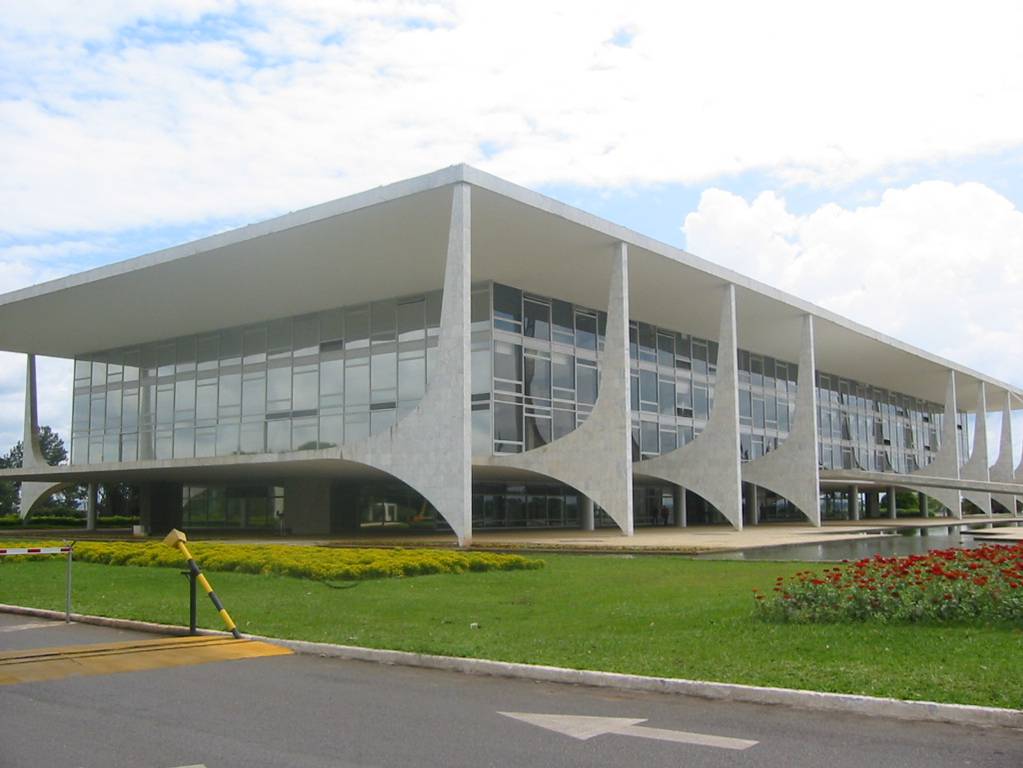 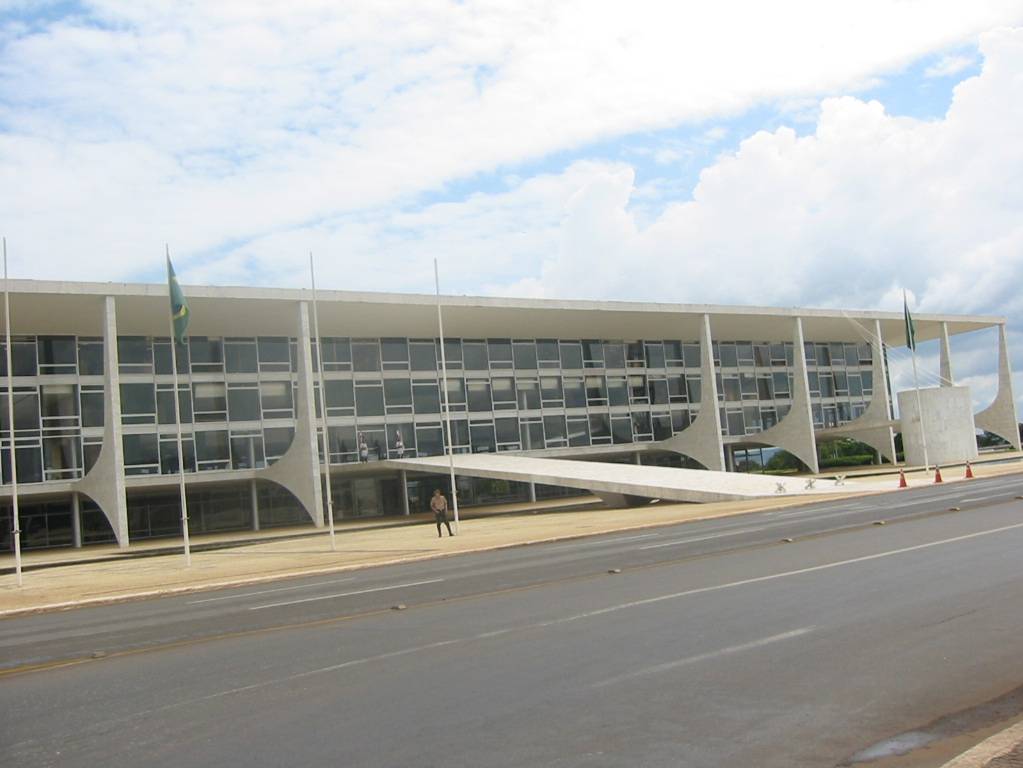 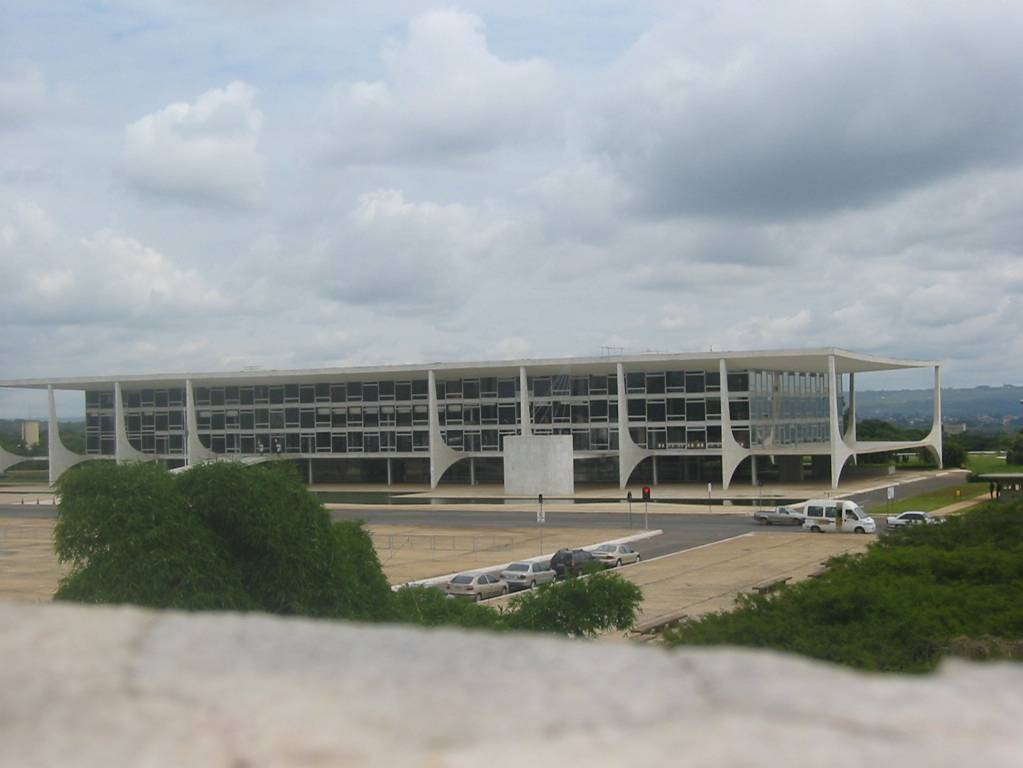 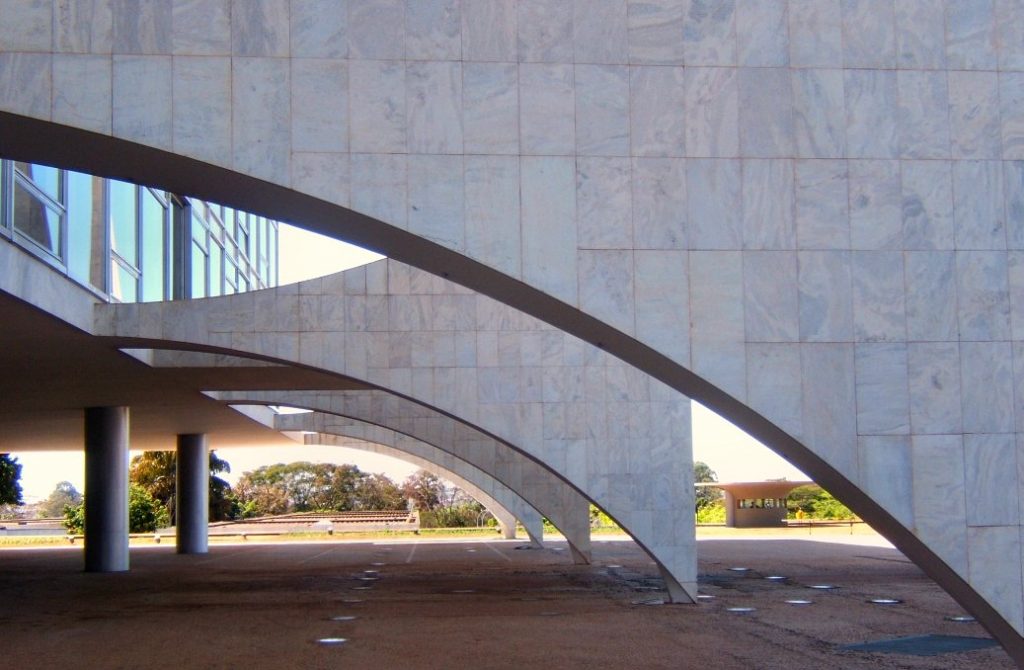 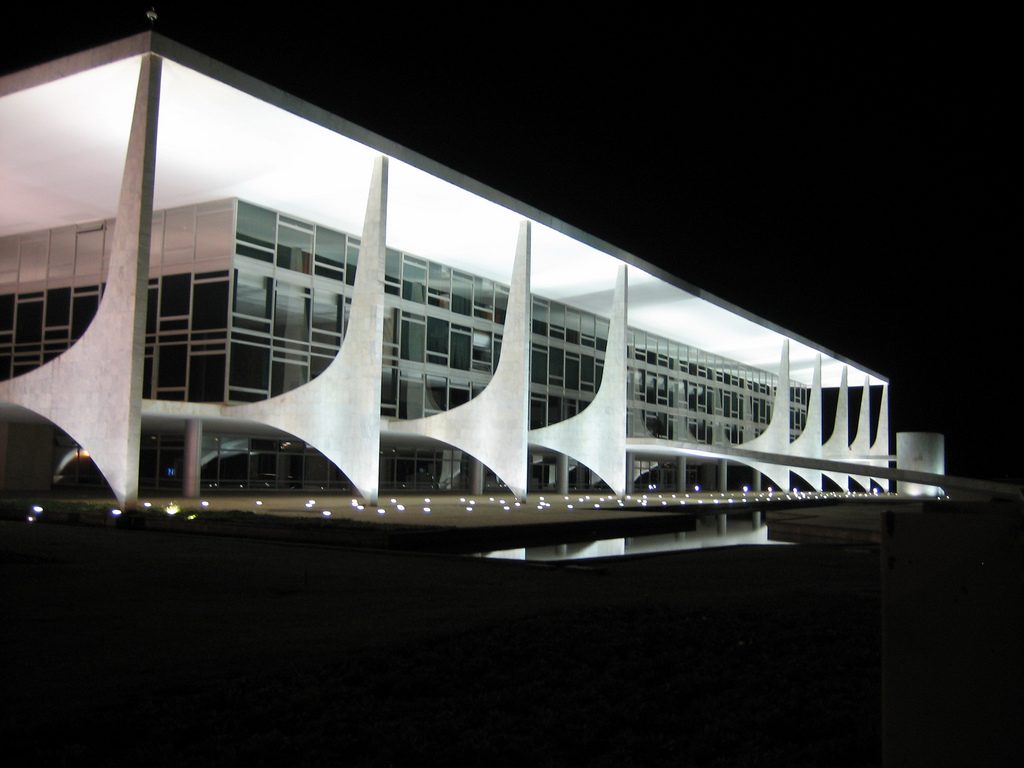 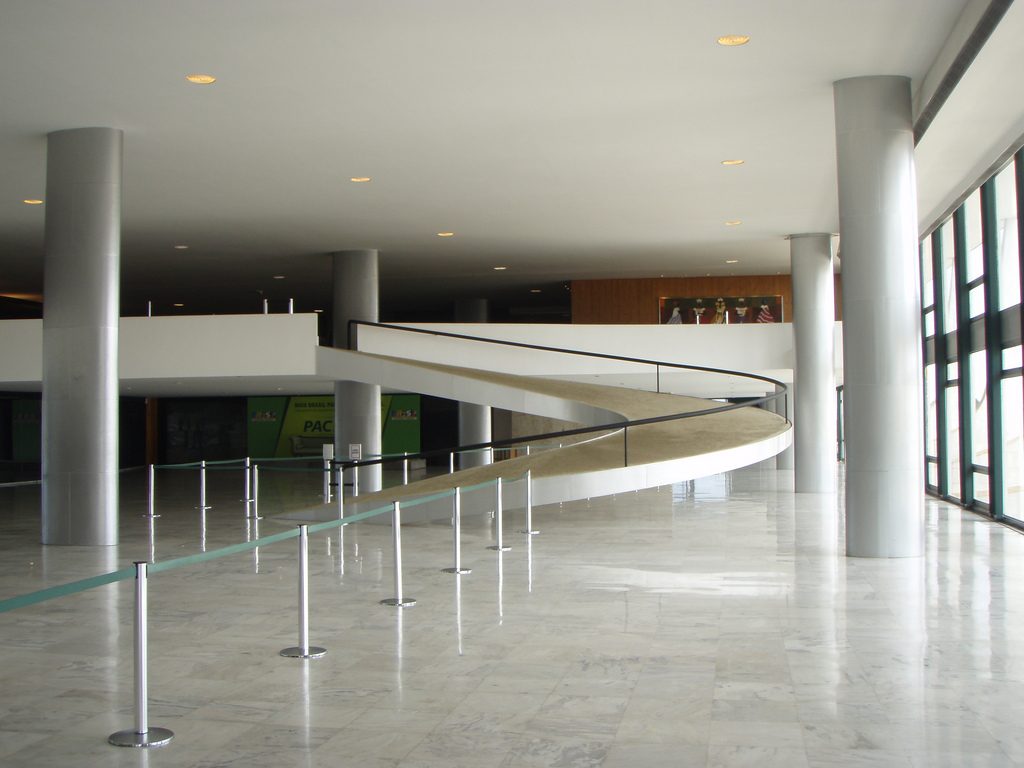 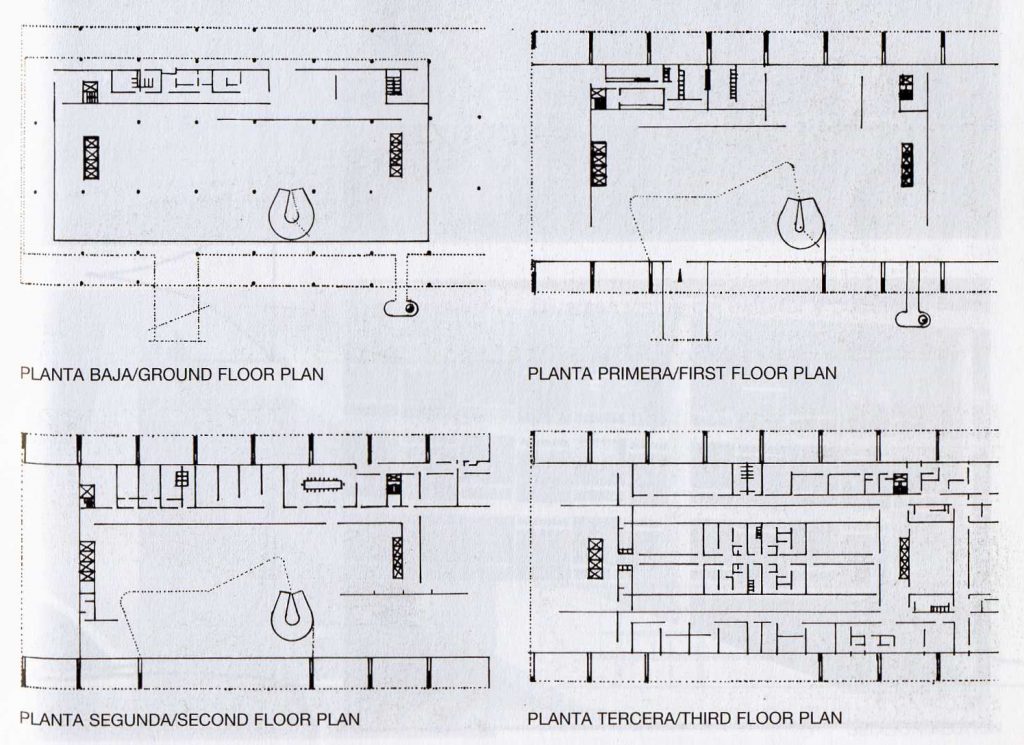