The purpose of the new urban project for the Old Port area, developed by VNF (Voies Naviguables de France), in collaboration with the Deposit SEM Lyon (Caisse des Dépôts and Sem Lyon Confluence) was reinvent and revitalize the docks to the riverside and its industrial heritage, together offering an architectural, cultural and commercial program.

These springs used initially as warehouses, the Sucrière, their Customs, les Salins, the Capitainerie, or to save cranes or any functional element linked to river use, mutate and become a territory of experimentation to create a landscape articulated the same environment and the surrounding hills, retaining its industrial character.

The Cube Orange was built on the banks of the Saône River near the confluence of the latter with the Rhone in Lyon, France. This flagship project will help boost the old river port city, an old industrial area of ​​warehouses and docks.

The project was designed as a simple “orthogonal nature” within which to dig a giant hole, responding to the needs of light, air and views. This hole creates a vacuum, horizontal drilling in the building that is born into the side facing the river and ascends to terrace.

All platforms offices benefit from light and views on the five levels of the building, accessible in each balconies. Each plant enjoys a new kind of coexistence through access to the balconies and views, creating spaces for meetings and informal exchanges.

The first floor has double height and has a showroom and sales while the top floor has a large terrace on the bottom from which you can see a panoramic view of Lyon Fourvière and Lyon-Confluence.

The new building, next to an existing one, Les Salins, characterized by three arches of its structure, highlights its autonomy.
It is designed on a regular frame, 29x33m, with a structure of reinforced concrete pillars five levels. A luminous facade with seemingly random openings is completed with other facade pierced with pixelated patterns that accompany the movement of the river.

Three conical volumes arranged on three levels pierce the building: the angle of the facade, roof and the level of entry.
The orange color refers to painting with red lead, an industrial color often used in port areas.

In order to create the vacuum, the architects worked with a series of volumetric disturbances linked to the abduction of three conical volumes arranged on three levels: the angle of the facade, roof and the level of entry. These disturbances generate spaces and relations between the building users, place and the light source, all within a common program offices.

The first disturbance is based on direct visual connection with the arched structure of the hall, its proximity and the way buttress, allowing to connect the two architectural elements and creating a new double height space protected inside the building.

A second elliptical perturbation breaks the regularity of the poles of the structural beams in four levels in the area of ​​the corner of the facade facing the river. This drilling result of the encounter of two curves, establishes a diagonal relationship to the angle and generates a large atrium in the deep part of the volume, surrounded by a series of corridors connected platforms offices.

Thus the plane of the facade is displaced inwardly, creating a new relationship of light and views, both from inside and from outside. This creates an extremely dynamic relationship between the building and the viewer as it changes its geometry according to the viewing position.

The project is part of the proposal for sustainable development respecting the following principles:

Optimizing the design of the facade which reconciles thermal performance and visual comfort with Ubatt <0.7 W / m2 K and a factor of daylight 2% in almost every office. The outer skin of the cube consists of a lattice of aluminum with holes of different sizes in a pattern that simulates the movement of the flow of water nearby and was conceived as a screen capable of reflecting the changing hues of the river surface. These perforations are repeated in some internal areas facilitating the visual connection between different sectors within the building. The structure is reinforced concrete and iron.

The building is ready to be connected to further floating terraces set on the riverbank or the docks. 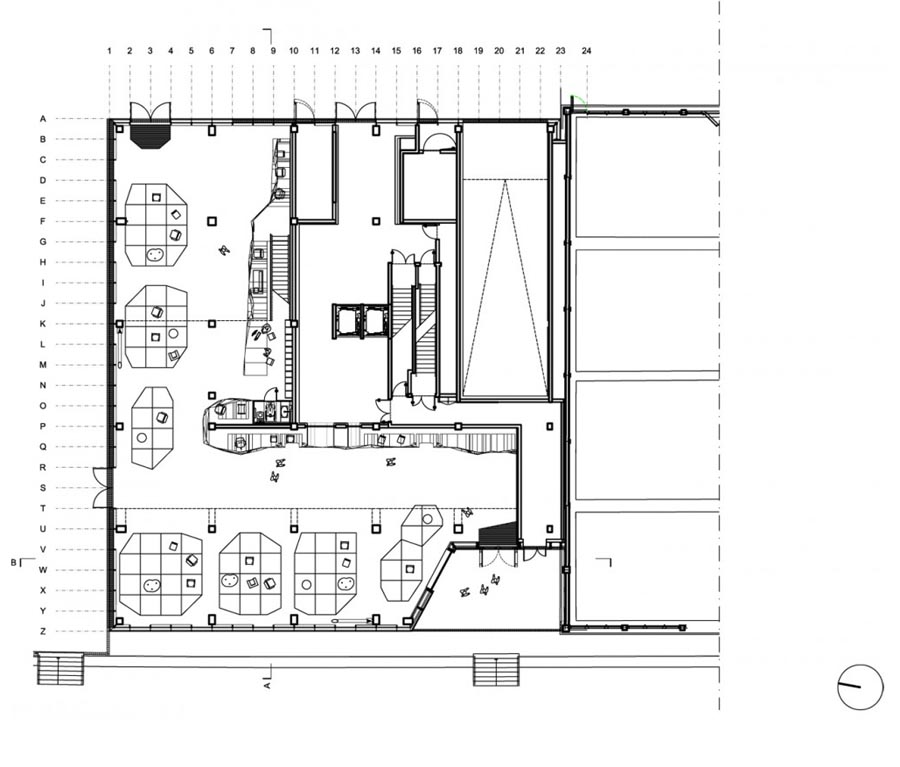 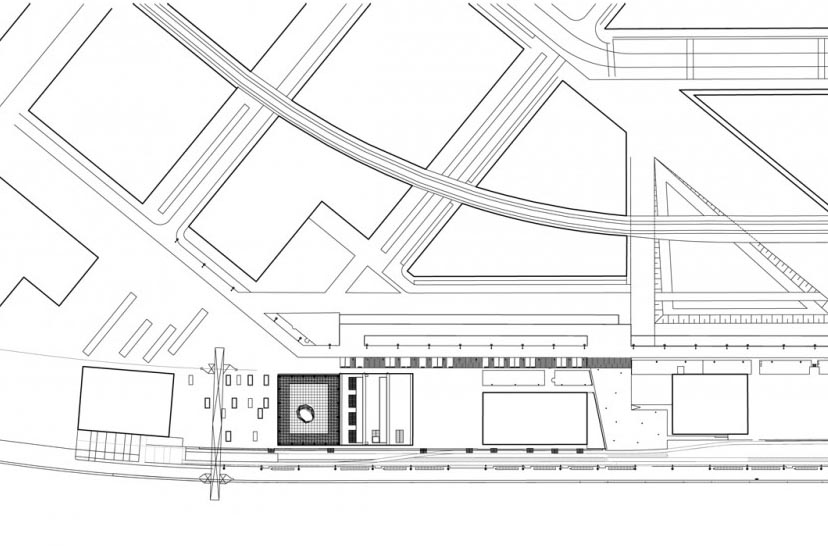 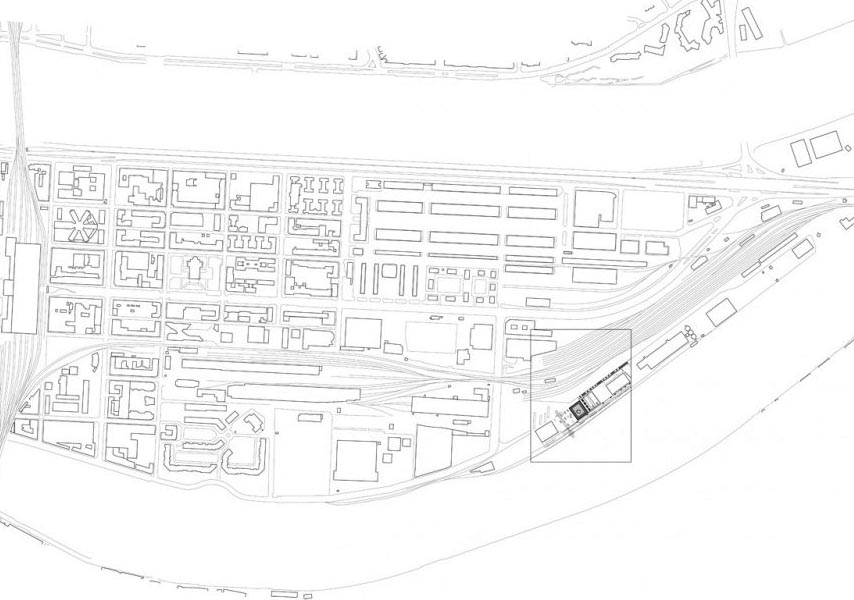 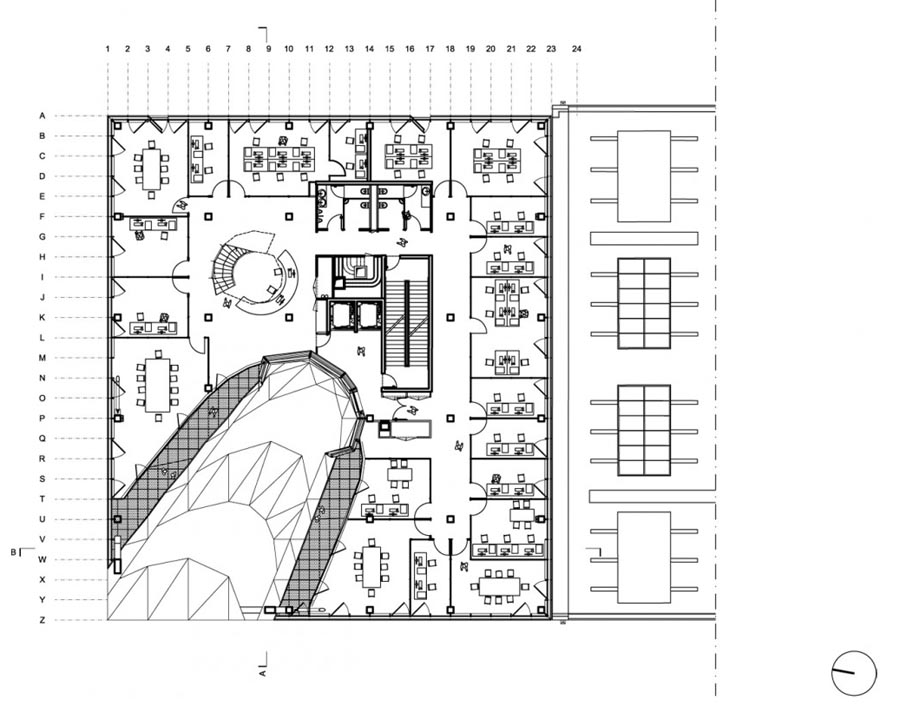 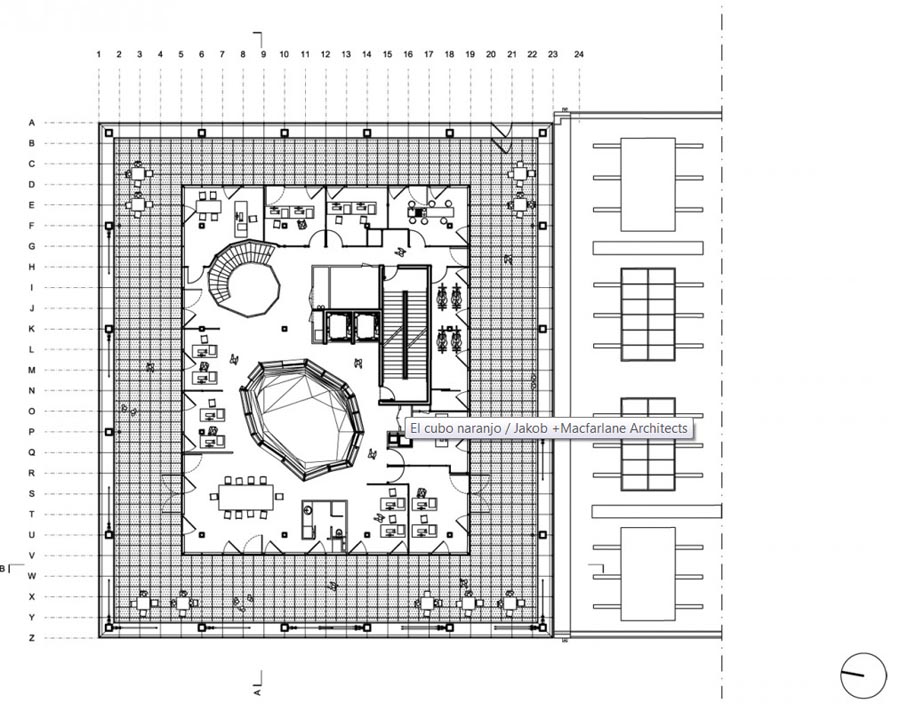 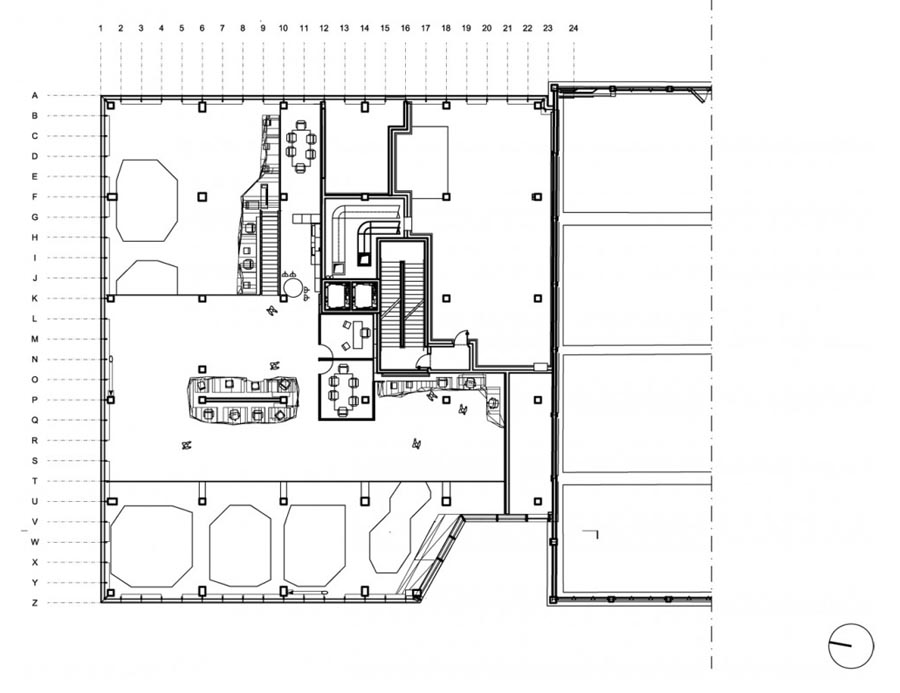 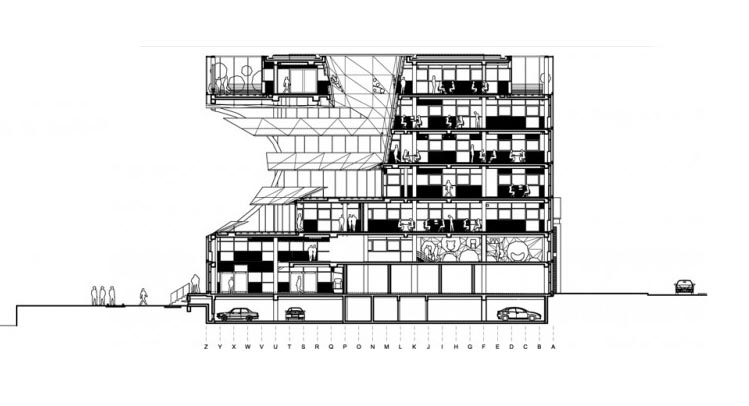 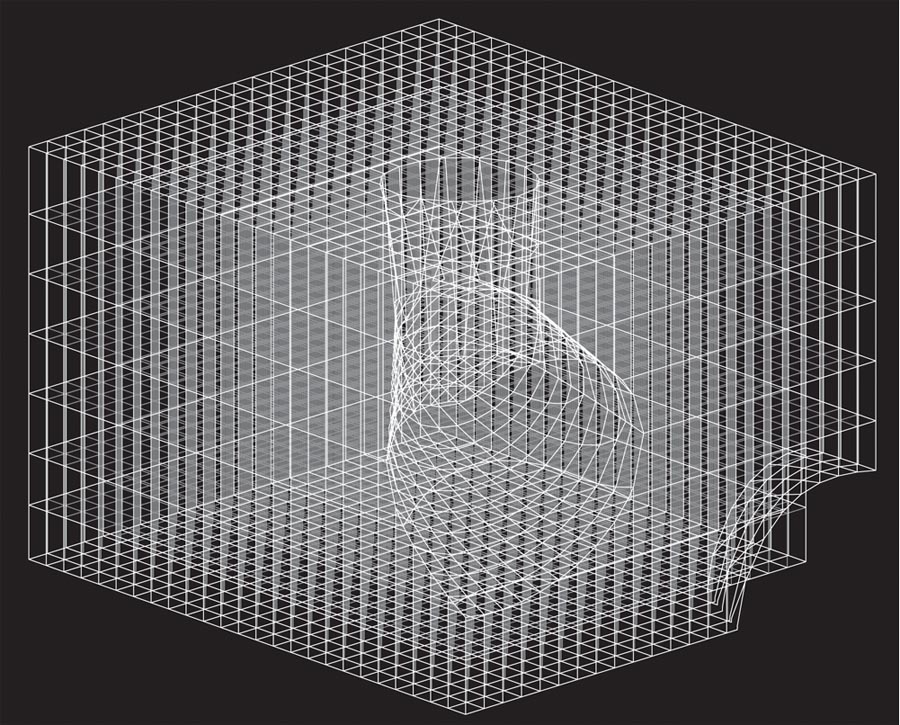 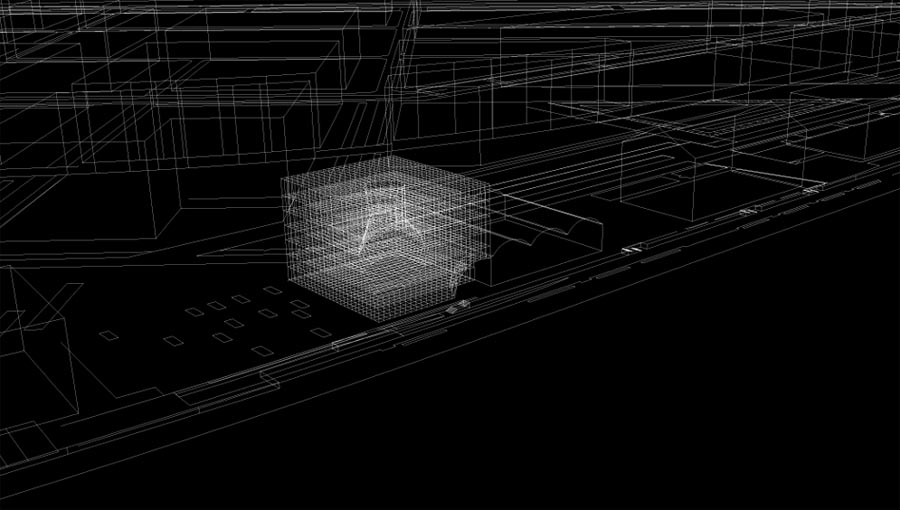 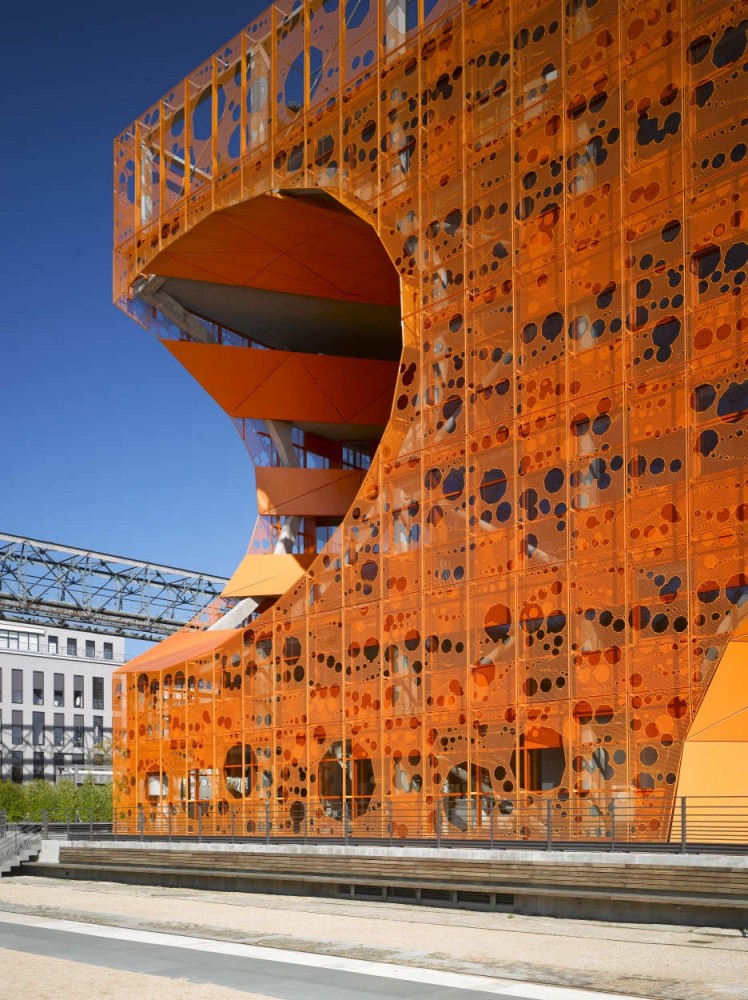 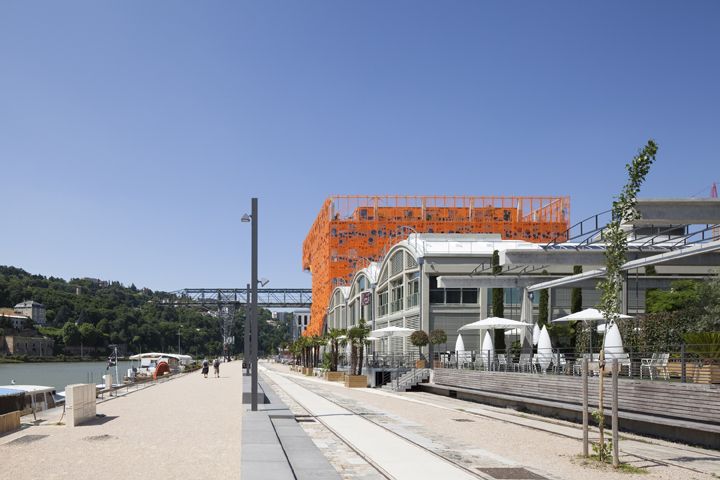 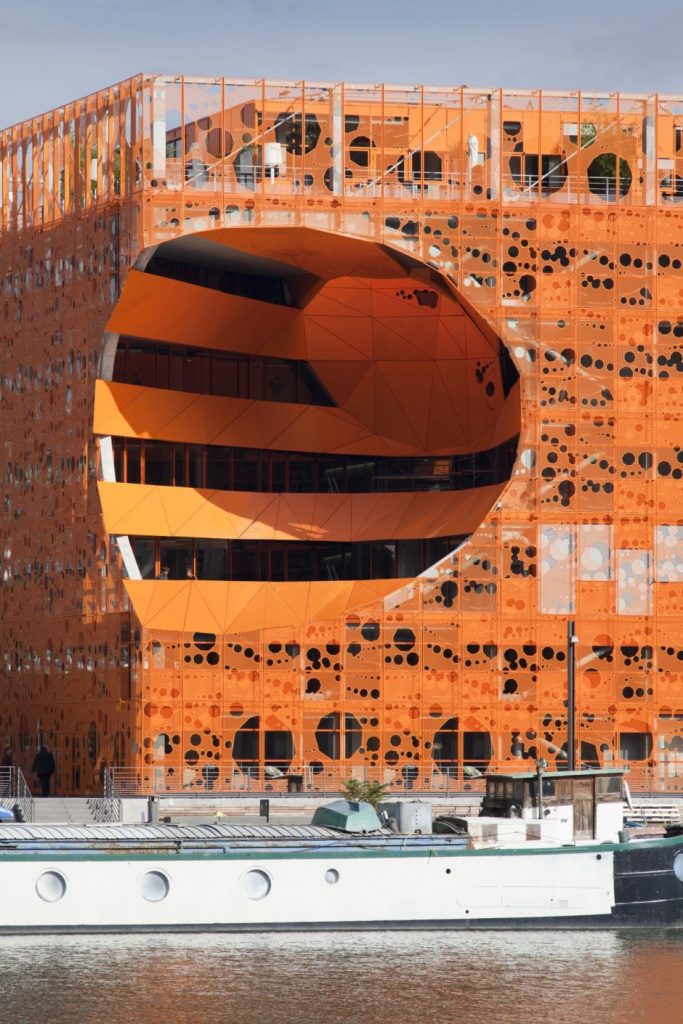 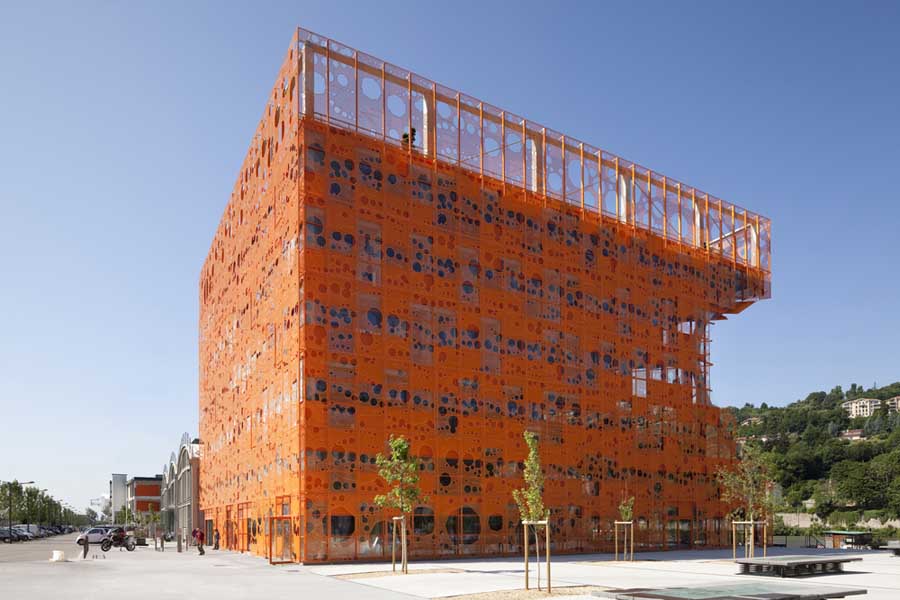 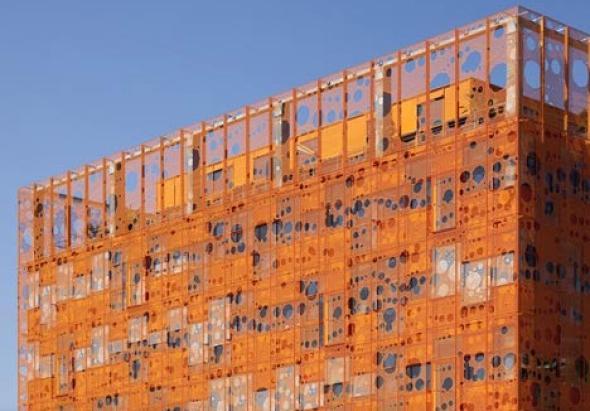 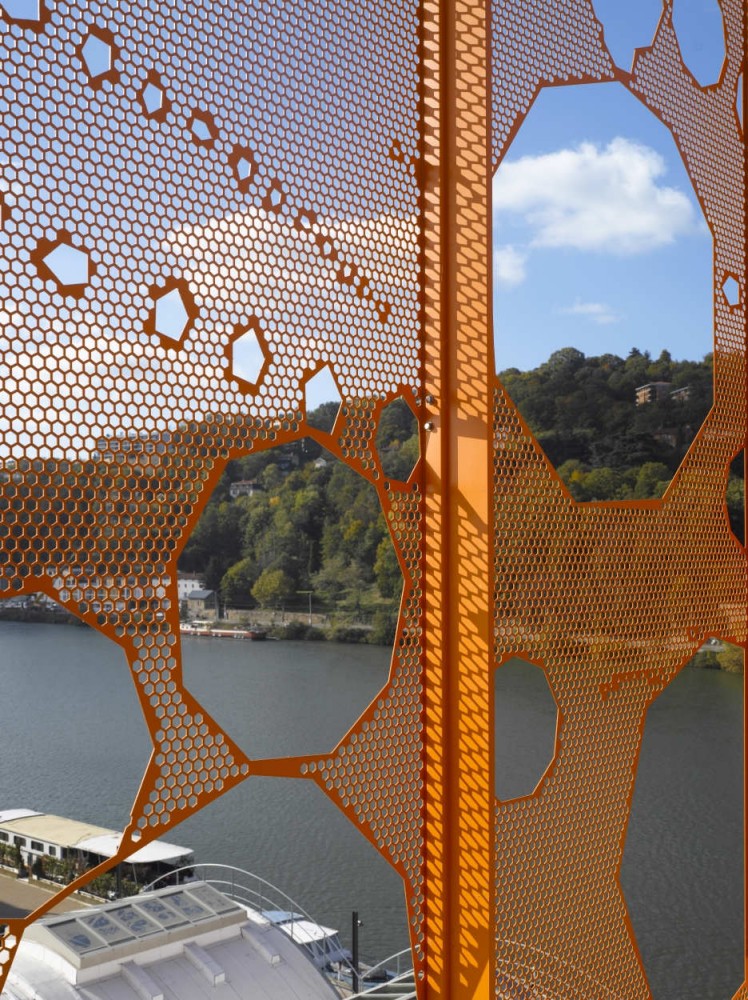 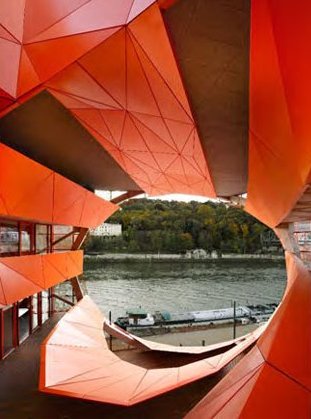 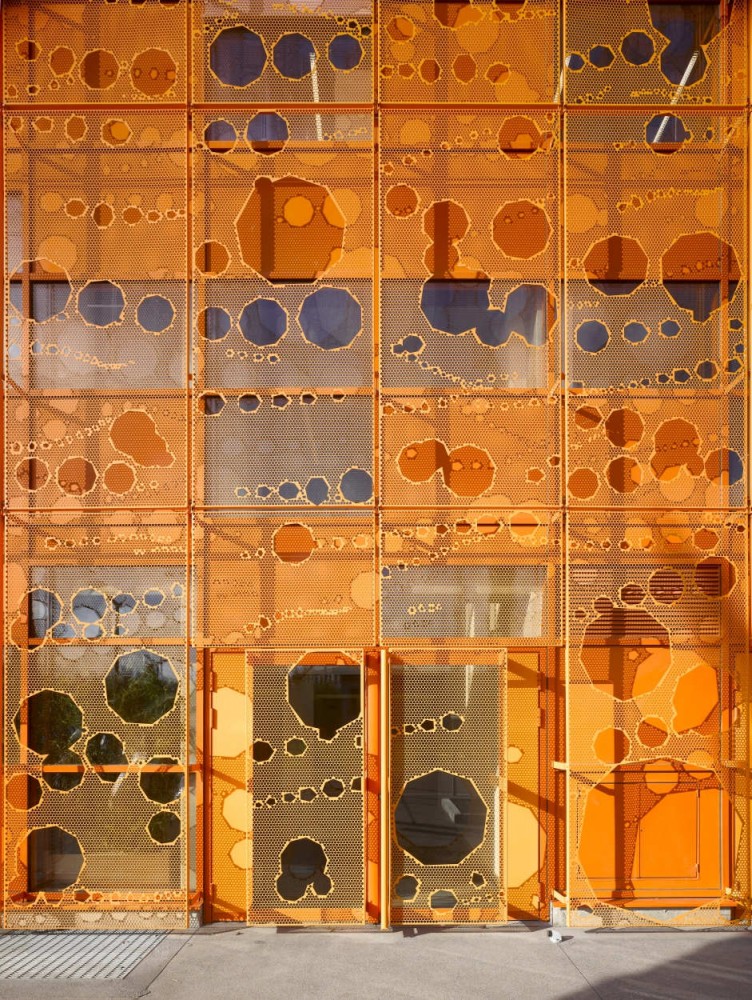 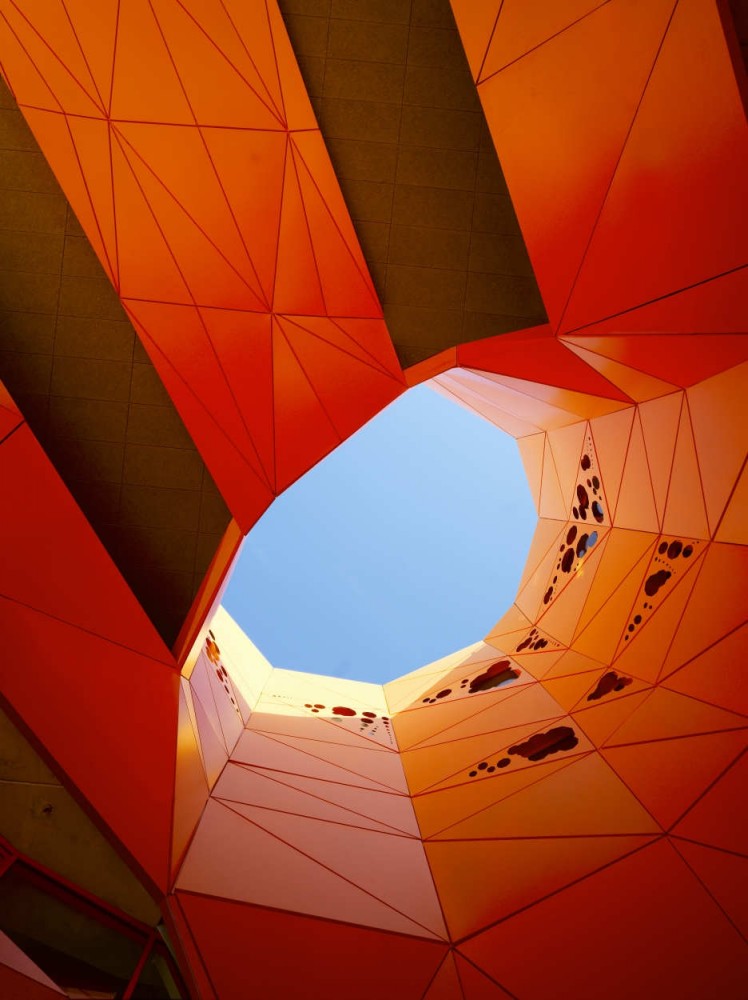 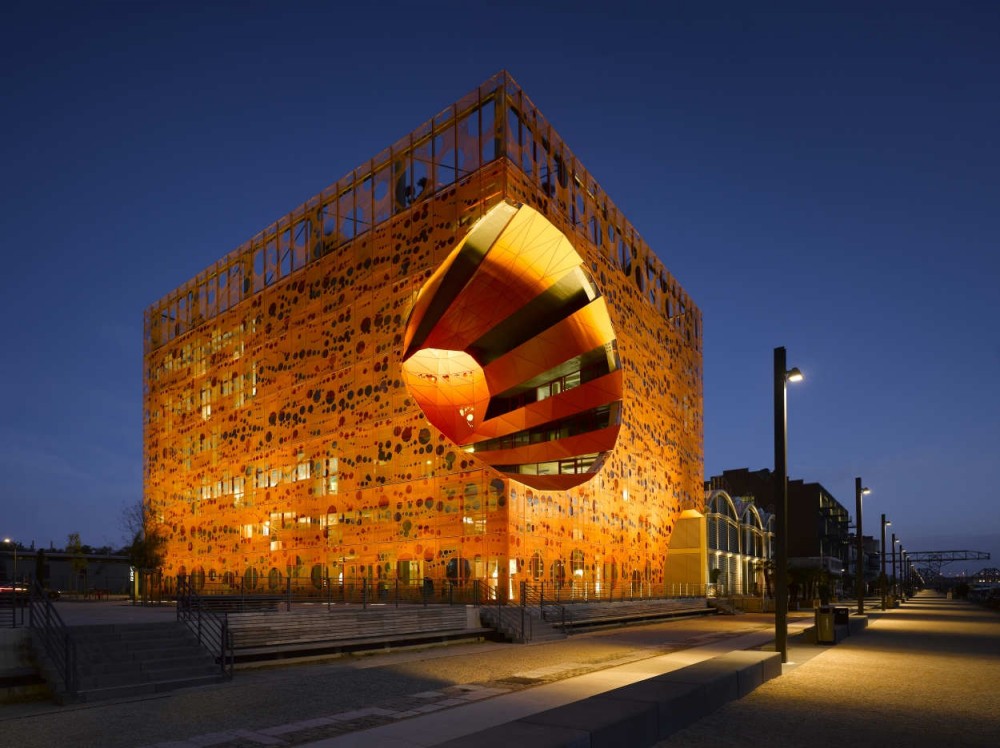 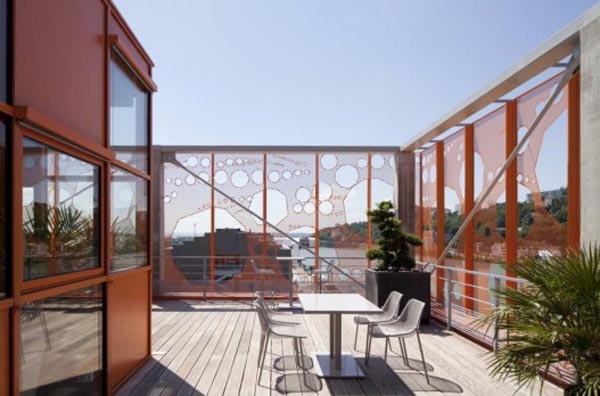 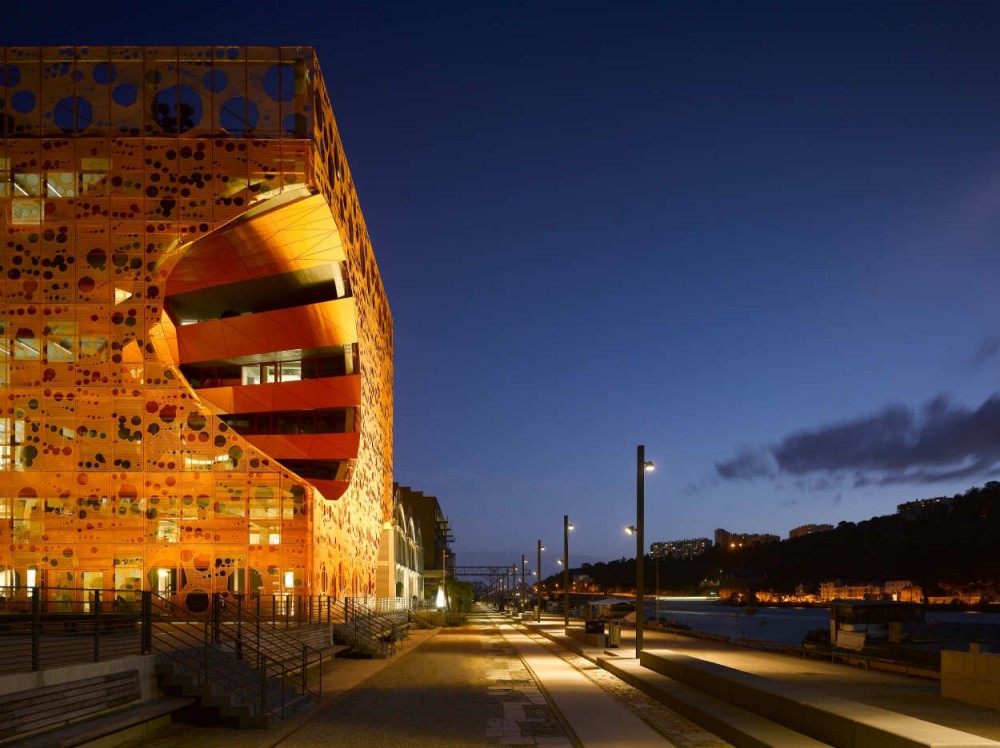 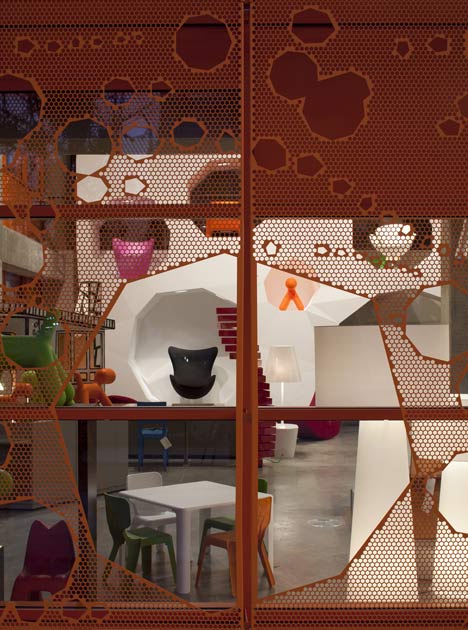 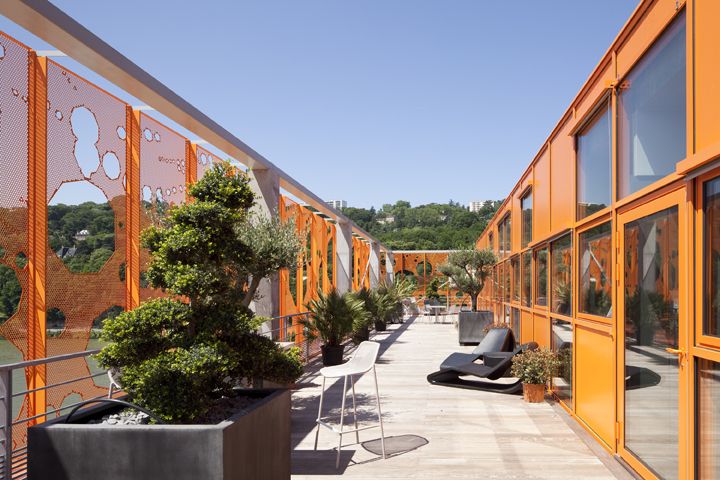 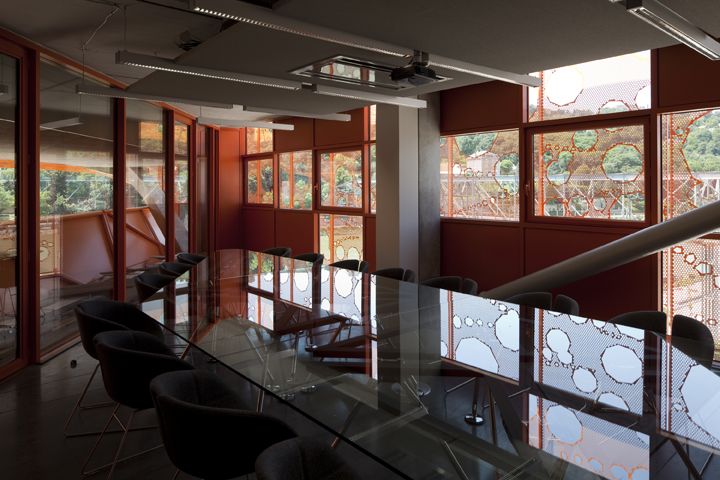 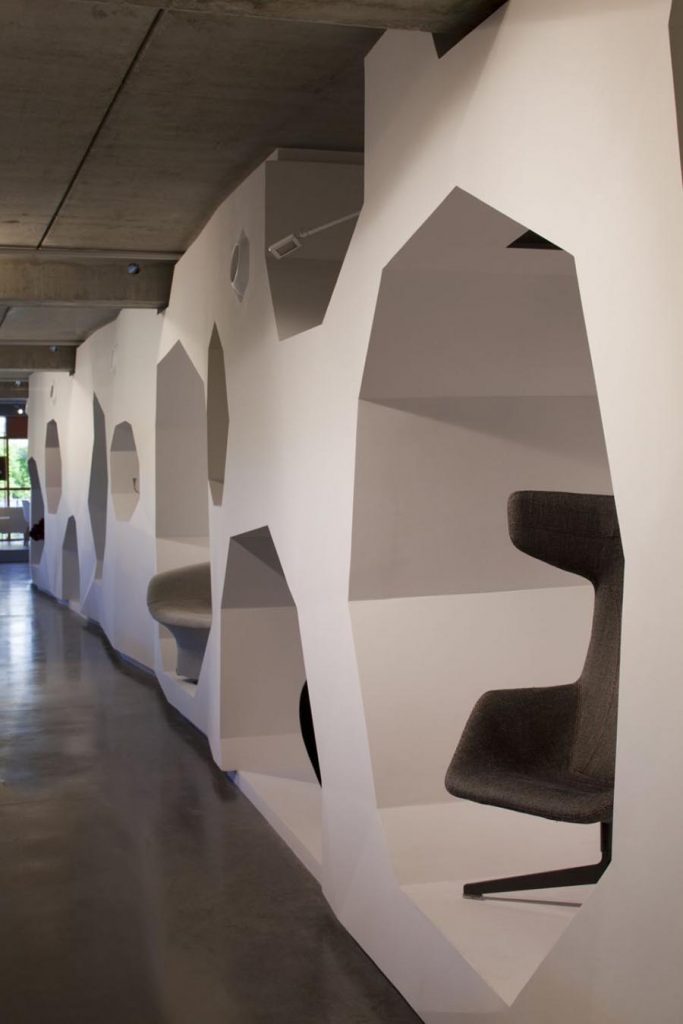 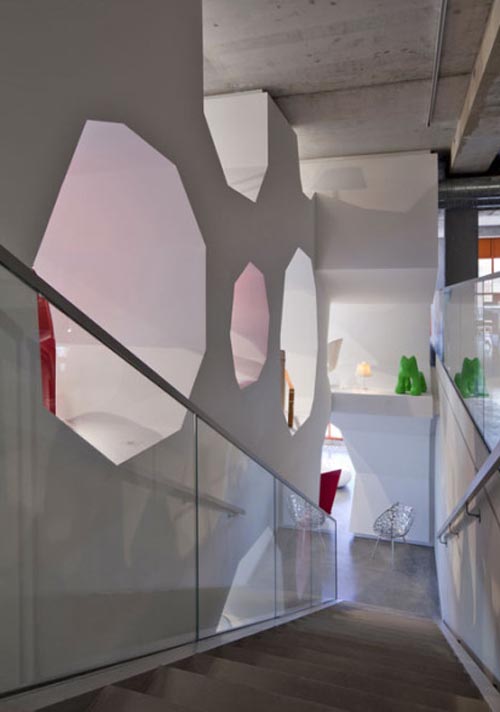 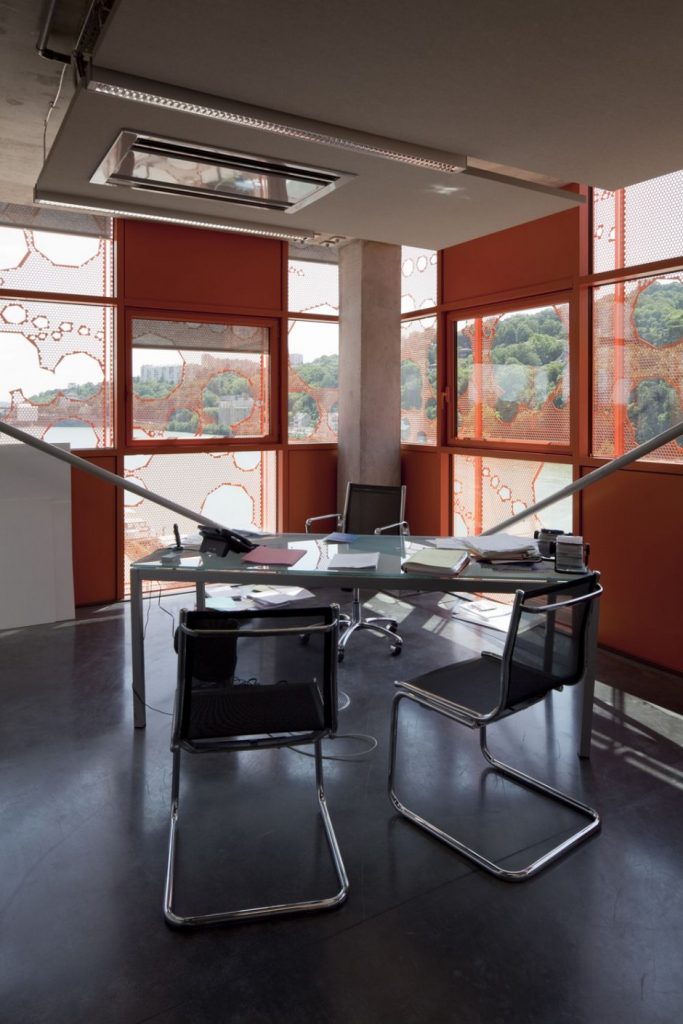 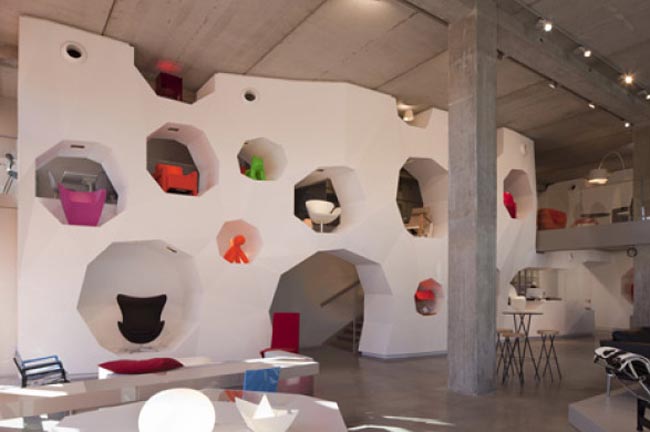