Modernist architectural plans focused on improving living conditions across a broad spectrum, in some cases resulting in massive housing for workers as Karl-Max-Hof in Vienna, or other, blocks and apartments Lawn Road, housing workers in which intellectuals were filtered north London. Pevsner described the apartment block made of reinforced concrete as a “giant work of the 30s”

The writer Agatha Christie, one of the first residents of the building, compared to an ocean liner: “this is a building that I love, not only for the integrity of its architecture, but also for its promise of a freer life. The building also lived Walter Gropius, Marcel Breuer and Lázló Maholy-Nagy.

The building had several owners and at some point it was changed the name to Isokon Flats. Today it is a listed building which has tried to keep the original look while has been updated to meet current requirements.

They are located in Lawn Road, Hampstead, north London, behind the Belsize Park tube station.

The block was placed on the ground so that they could use the largest possible between railway tunnels, that they had seen southwest and salons to get a parking spot.

The apartment block Lawn Road, completed in 1934 by Wells Coates, was conceived as a social and architectural experiment which aimed to make possible a system of modern urban life. It was the first building of the architect.

Plan and section of a \”flat minimun\”

This building internationally recognized as a key building British modern movement, was started as a project for two houses for guests Jack and Molly Pritchard.

The decision to change the construction of houses for the apartments was also influenced by an exhibition on “British industrial art” held at Dorland Hall, London in 1933. In her recent firm Pritchard, Isokon (Isometric Unit Construction) in whose name the building later became known, exposed a “minimun flat” designed by Coates, showing the type of accommodation could be designed for young professionals and spark interest therein.

Smaller departments, 22 “minimal flats”, had a little kitchenette equipped and could not be inhabited by people with children “kitchenless and child-free”.

The story, as shown on the drawings, are an attempt to respond to the challenges and constraints of modern life simpler by providing the space that would give maximum comfort using the least amount of materials.

At the south end of the building there are four “double departments” with bedrooms divided by sliding panels faced.

In the Far North, in the main kitchen and staff rooms are on the ground floor, three studies were located, with large windows and balconies north to the southwest.

On the roof of the attic was located Pritchards marriage with a neighboring department, but independent for her two young children. These two units were added to the original design.

Outside the building had space for 10 cars

On the ground floor, and before entering the building, they created space for up to ten cars.

On the ground floor were located the staff offices, a community kitchen and a small restaurant. The kitchen was remodeled later by Marcel Breuer to become the Isobar, also on the ground floor was the laundry. These buildings advocated a modernist utopia, now a forgotten dream.

The building is a perfect showcase of Wells’ beliefs about the benefits of minimalist settings and unnecessary ornamentation of the Victorian house. Instead it proposes a small flat, clean, sparsely furnished and centrally heated.

The essential furniture for living were built “in situ” in each apartment. The idea was that each occupant take only their personal belongings and find everything you need to start work already done, the table, the chair with spring mattress and blankets, radiator, carpet, lights, mirrors, fridge, stove, hot water centralized, cleaning and general manager for the needs of the departments.

Structurally, the departments were built with reinforced concrete.

The outer walls with 10 cm thick were inside an insulating layer of 2.5 cm, consisting of pressed cork plates placed inside the formwork. The dividing walls between departments on both sides were lined with limestone blocks, with a separation between them of about 5 inches and filled with glued strips partitions to fill this gap. The remaining walls were plastered internally. Departments are insonorizaron as possible.

The soils of the departments were covered with a layer of cement mixed with limestone on which he recorded a template resembling tiles and then stained with special dyes.

The sliding panels that divided the larger departments were birch plywood.

In the exterior walls terminations were performed with two layers revoking dyed and waterproofed cement, applied directly to the concrete formwork. 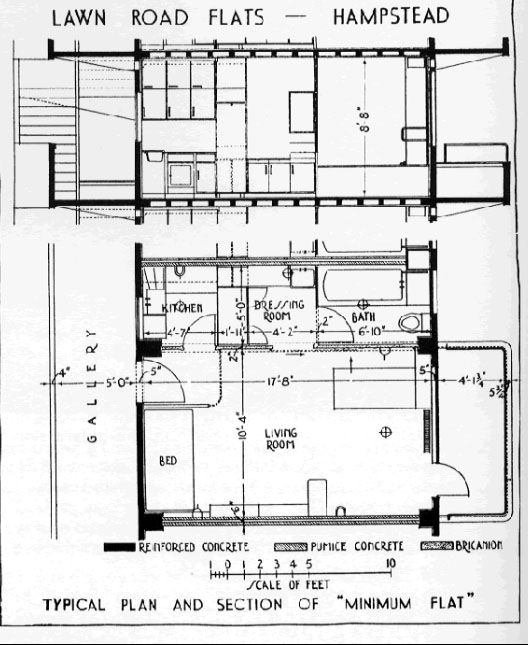 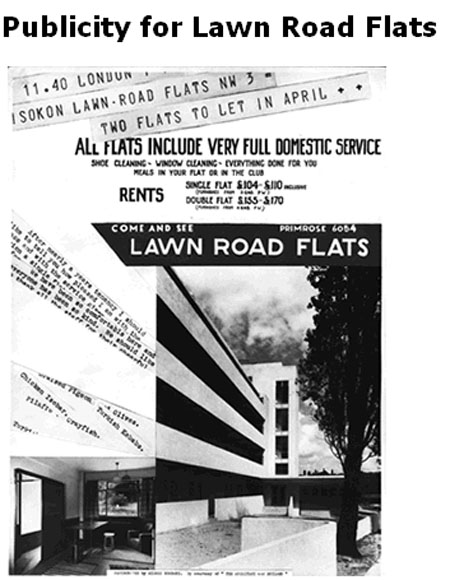 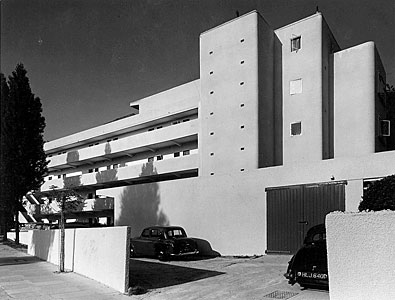 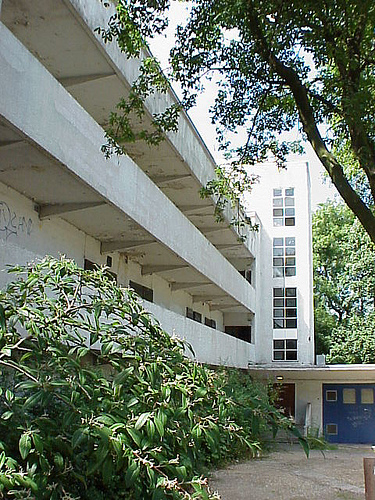 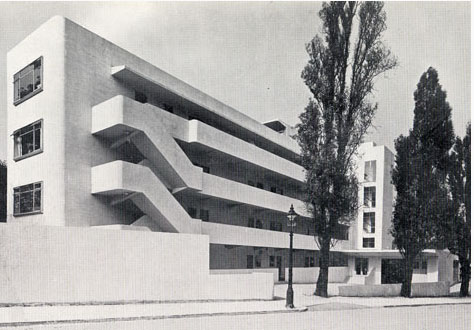 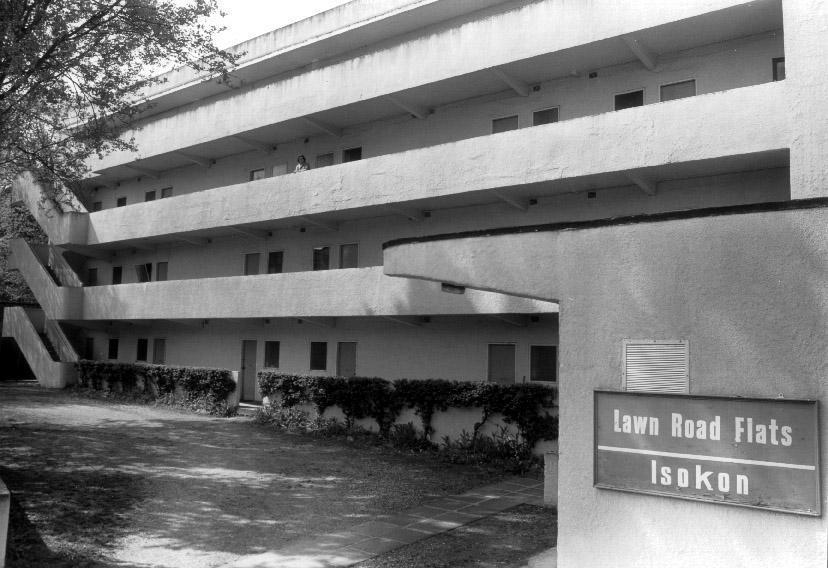 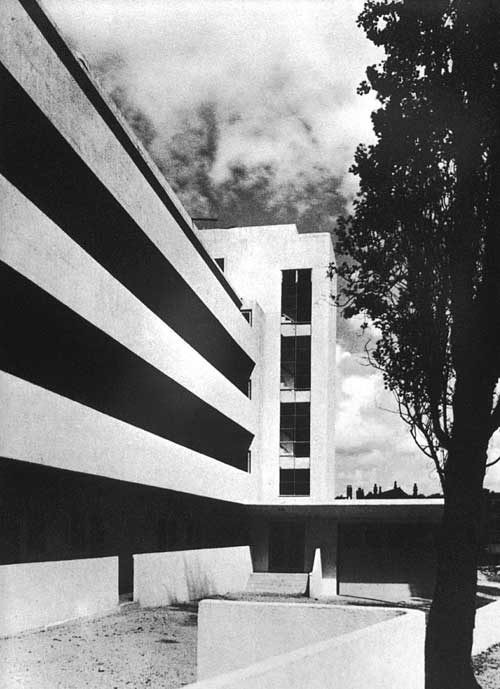 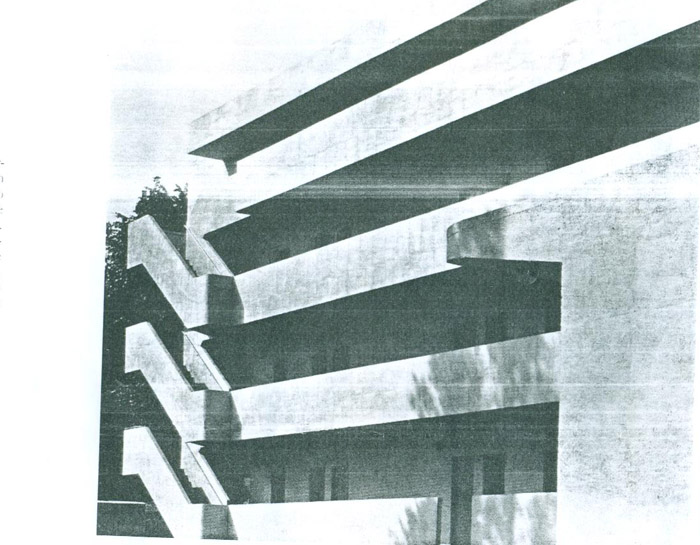 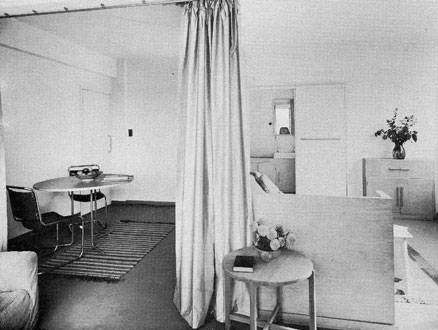 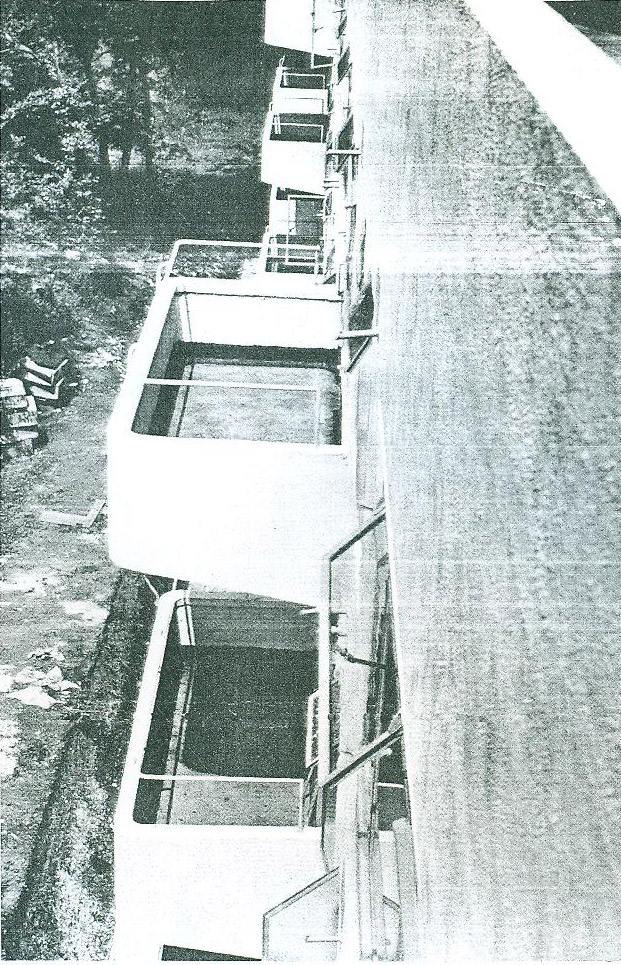 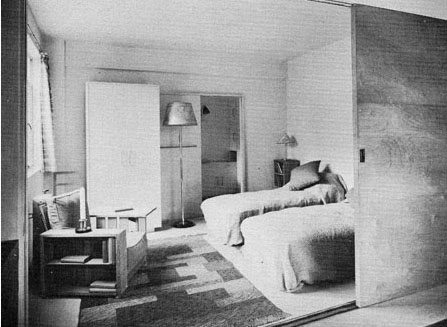 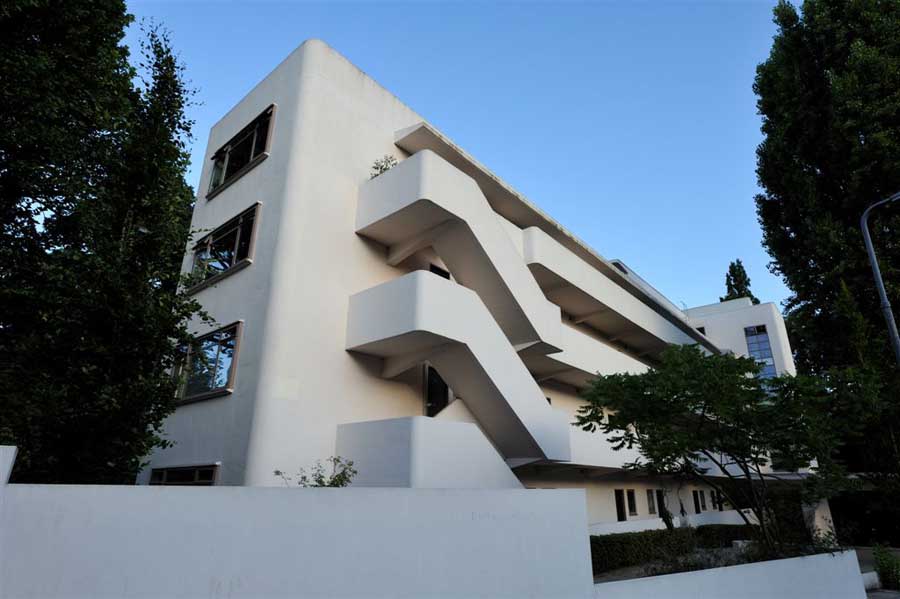 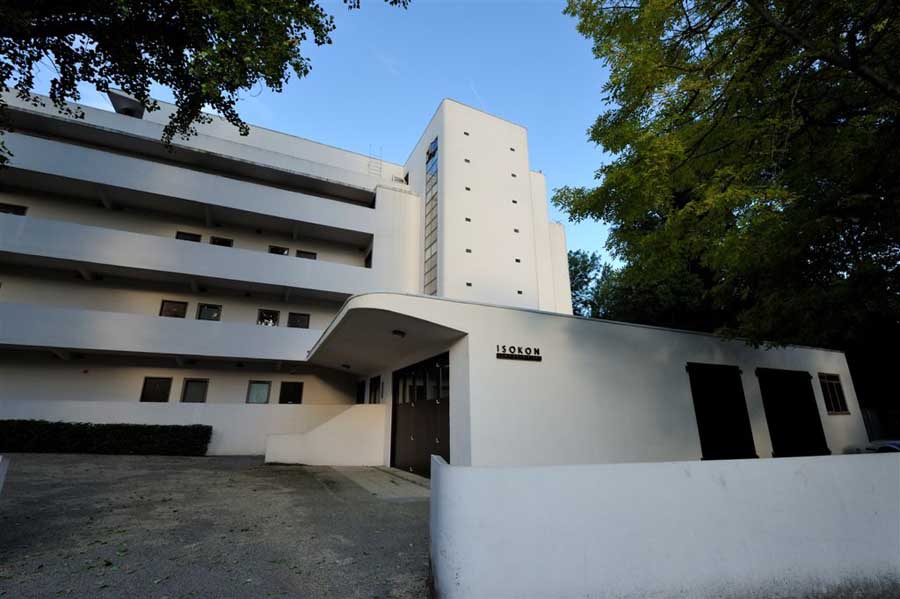 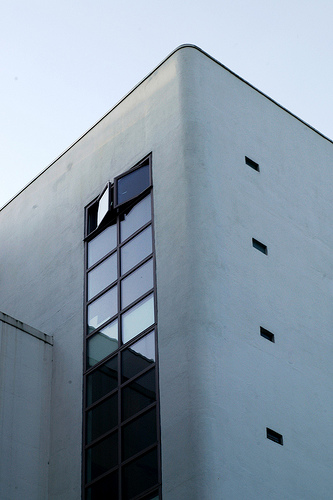 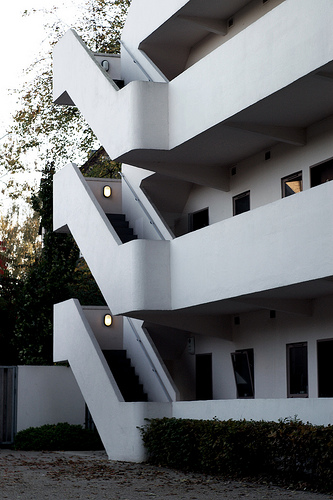 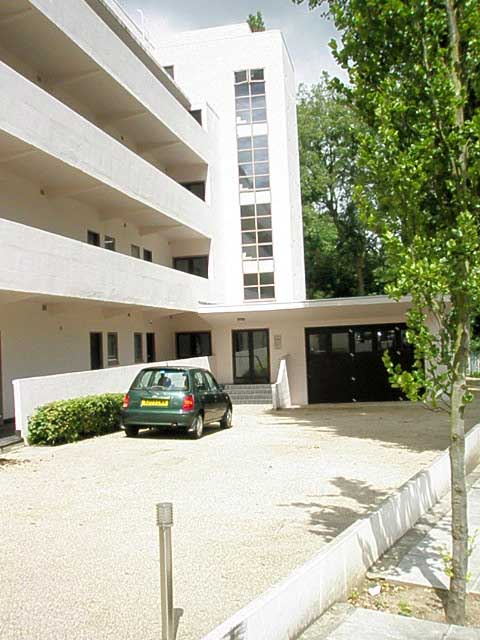