Félix Candela, great admirer of Eduardo Torroja, showed a special interest to know the concrete shell structures, like the rest of the great masters of the Laminar Architecture, not merely optimize the building process of their structures, but his work became a relevant set of innovative and bold sculptural aspect undulating surfaces, whose slim-resistance is optimized.

The most famous tourist port of Mexico, Acapulco is and has been the most important tourist complexes were developed in the 50’s. Among them were built complex “President Acapulco”, prism typical of modern architecture in the international period. Sordo was designed by Magdaleno. The hotel is located in the coastal zone that is located on the edge of the bay.

Once the hotel complex was built by the architect Sordo Magdaleno, I invite you to participate in Félix Candela to perform a cover for the nightclub that would complete the hotel facilities. It was decided to install it there, since the creative ways the architect, encouraged a rapprochement with the sea.

Its elegance and privileged location, between the live rock and a lush jungle garden, had to form a beautiful whole. From the roof of the hotel could be seen as a tortoise thrown by the tide, from the sea, close up, the tension of a candle in the wind.

German 89 Av Costera Miguel Acapulco Acapulco, Mexico. It was demolished in the 70’s.

The commission received Félix Candela was a nightclub that would bring the occupants of the hotel with the sea. Arriving at the beach building a giant seemed a blanket by a gust of wind had formed a dome tensioned and fixed at three points of support. It was very successful on their part to solve a nightclub in a fully open concrete membrane on its sides.

In a letter written in defense of formalism at the same time the development of Candela’s work, emphasized the importance of intuition as a way to reach the solution of the ways proposed.

The parabolic covered around 300 m2, also opened directly into the sea having a front cut of 45 degrees, the cover is formed with three pieces of ‘hypar’ (hyperbolic paraboloids), where the projection vertical equilateral triangles were generating about 18 meters across, the set becomes rigid by three “ribs” radial flowing smoothly to the points of support.

As we can see on the ground, the interior‘was divided into:

He also had a kind of railing and a stone mound which separated the beach from the platforms and track, making a real living space into the sea.

The Jacaranda was considered one of the most advanced structures of the time, because it consists of a groin vault by the intersections of three “hypar” supported by three points and covering a floor slightly triangular. Felix Candela placed the apex of each paraboloid below the meeting point of intersection of their edges, causing them to be part concave and part convex.

Once again the concrete shells, defending science in the calculation, it allows you to auto-load-bearing structures with really minimum thickness as well as economic and easy to maintain as in the case of this deck.

The floors were made of reinforced concrete and circulations ranging from the hotel to get to the platforms. The base or the element in which cement, was made of stone, probably volcanic as seen in the images. The other services such as the bar area, toilets and cellar were delimited by walls of other materials, were made of brick covered with mortar. On the other hand there was no need to close the gap due to the hot climate of the site, so there are no proper trim. 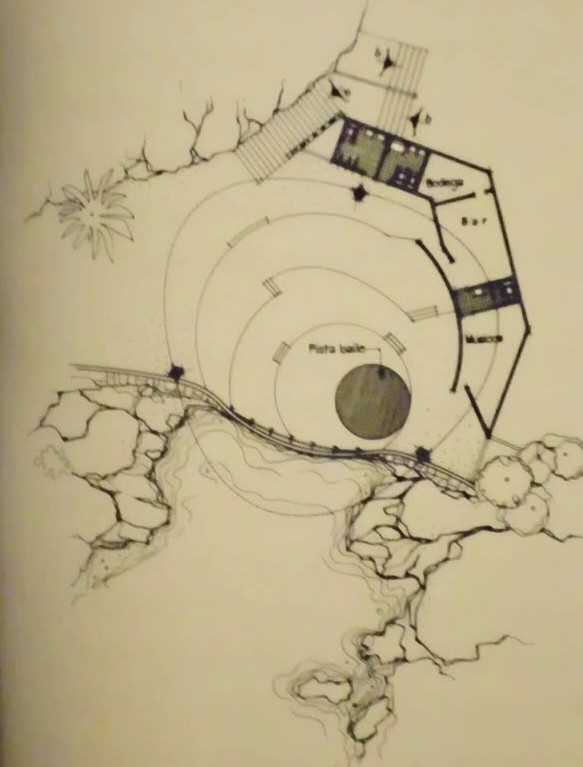 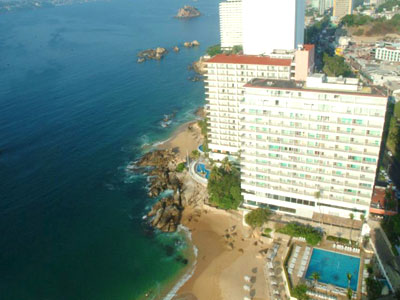 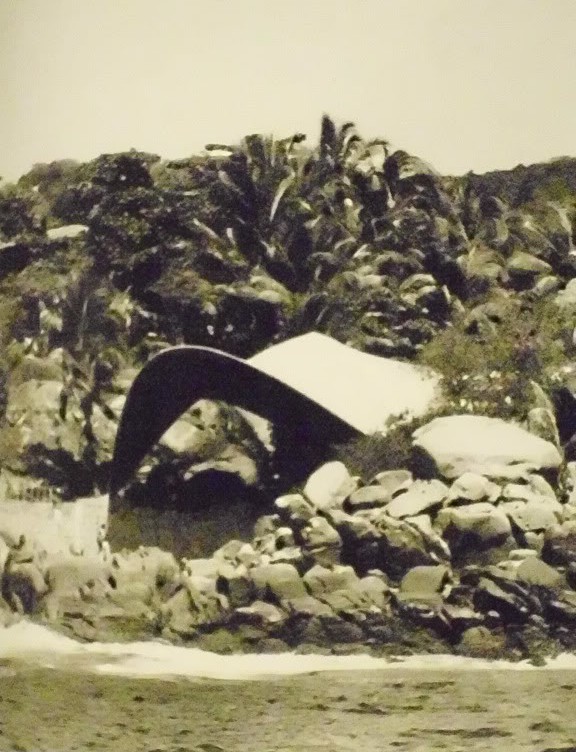 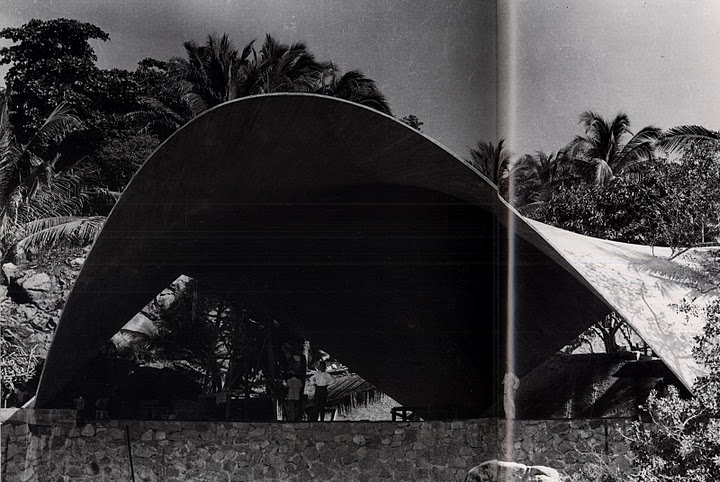 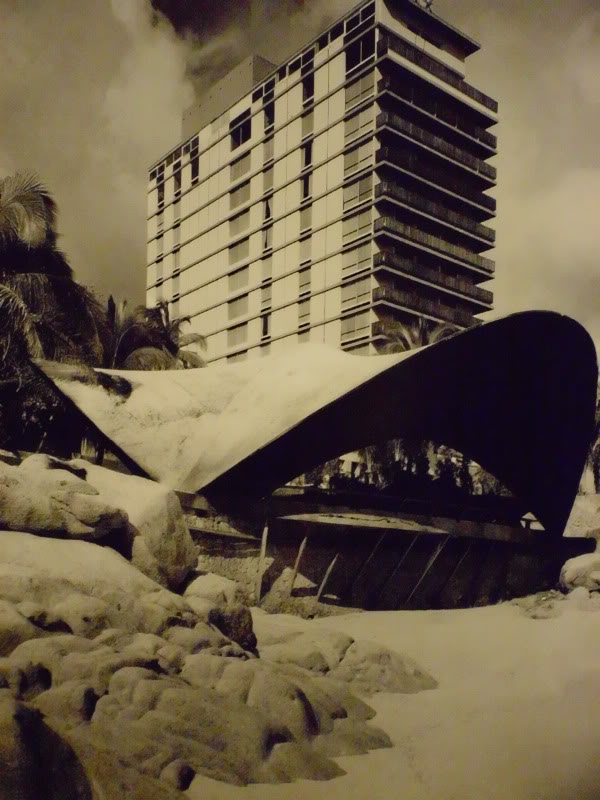