The Tenerife Auditorium, designed by the architect Santiago Calatrava, falls within the tenets of late modernist architecture of the end of the century. Following the words of its architect, the origin of these forms is part of a gesture of self-marked plastic intention, which makes the artistic nature of the activities inside transcend to the outside.

Its construction began in 1997 and ended in 2003, and was inaugurated on September 23 of that year.

It is located on Constitution Avenue of the capital of Tenerife, Santa Cruz,in the Canary Islands.

The building, described architectural engineering, “has no facade…” and it produces “multiple suggestions”. To some, it has the form “of a wave, for others, moon, or hull or a huge tongue.” In any case, Calatrava is happy to be “suggestive” because “so too is the music.”
According to some commentators, the Tenerife Auditorium has two characteristics. “The first is its opening to the outside, both at sea and the city, with spacious terraces and a pedestrian mall which crosses the building from side to side. The second, due to an expressive stroke of Calatrava, the Auditorium has the design of a giant organic sculpture…, however, is a building that always keeps fresh with the wave of music.”

If one moves away from the structure, and places it against the seashore, the auditorium looks like a mountain of foam about to crash against the rocks on the coast.

The building was built on a parcel of 23,000 m², of which the auditorium occupies 6471 m². It is divided into two chambers, the rest are gardens, plazas or entrances and a parking lot with 260 spaces.

Under the platforms that surround the building, the units are attached to the Auditorium, as well as others that make up the set, such as a multipurpose center with the potential for a wide range of cultural activities.

The auditorium has many spaces. Outdoor terraces, open and free towards Atlantic Ocean or Alisios Square, overlooking the sea or the city.

One set of impossible curves is crowned by a majestic wing of concrete to shape their silhouette. 16,000 square meters are open to the outside, with beautiful views of the Atlantic Ocean and the dynamic figure of the auditorium as decor.
Area: 16,289 m²

The Tenerife Auditorio has two parts sharing exceptional views: the magical Atlantic Ocean and the modern city of Tenerife. A curtain reflexes with cobalt blue, turquoise and oversees the Atlantic Terrace. An urban background indicates moving into the City Terrace. Two suggestive contexts, as an entirely different and even disparate design, with only 60 meters distance between them.

The interior spaces also offer a great variety, the Chamber Symphony is an impressive aesthetic and the Chamber Room is very versatile and intimate.

The main hall or Symphony, crowned by a cupola, has 1616 seats in the amphitheater and a stage with a width of 16.5 meters and a depth of 14. Based on the stage, on both sides of the courtyard of seats are framed by an emerging body of tubes designed by Albert Blancafort who also took over the building of other organs such as the Cathedral of Alcala de Henares or that as is in the Auditorium Las Palmas de Gran Canaria. The body of the design is far from the traditional concept, trying to be a surround sound source arranged around the listener.

For its part, the Board of House reproduced on a smaller scale the distrubution in the amphitheater of the symphony hall and has 422 seats. In the lobby, which is accessed from two sides of the building, we can find the press room, a shop and a cafeteria. It also has a dozen individual dressing rooms and as many groups as well as sites for special services of hairdressing, makeup, costumes, etc. In its exterior there are two terraces overlooking two places from which they can see the sea.

The hall is an interior space with an incomparable view of the Atlantic Ocean. There are a clear 1200 m², framed by large wooden folding doors that open outward.

The harbour and castle galleries

Surface: 300 m²
Directions: From the Chamber Symphony, from the Main Hall, direct from the street
This area has breathtaking views of the sea and the Maritime Park of Cesar Manrique. It is an open space and protected at the same time.

Broadly speaking, the building is comprised of a base of successive platforms from which protrudes the heavy curved arch of the Main Hall, which becomes the generator of the building in both its formal and structural aspects. The large dust jacket affixed at about fifty meters high, it provides flexibility and movement of the body as if it were animated.

Calatrava emphasized that the work is concrete because this material allows you to “mold forms and defy the laws of gravity, as the ridge that falls from the sky.” Such a “wave” is lifted from the base of the structure, remains motionless in the air and turned maintains “a weight of about 3,500 tonnes.”

Calatrava has been tilted in this play by the reinforced concrete because – as he said, it allows you to mold forms, defying the laws of gravity, like the edge, falling from the sky in the Auditorium of Santa Cruz de Tenerife.
The white cement was used in the work of Tipo III. In the mixture, using a high proportion of sand and titanium dioxide enhances the whiteness of the mixture. Once dried, it was decorated with the “trecandis” finish that characterizes the works of Gaudi, consisting of a ceramic material of sensitive application that was used with dimensions less than eight cm thick.
Because of the forms, the cast was made with pallets and a table mesh surfaced that sometimes barely reached 12 cm in width, in which were implemented agents to avoid the “holes of insects.”

Other reasons to argue as advantages and benefits that are obtained with the use of white concrete are: 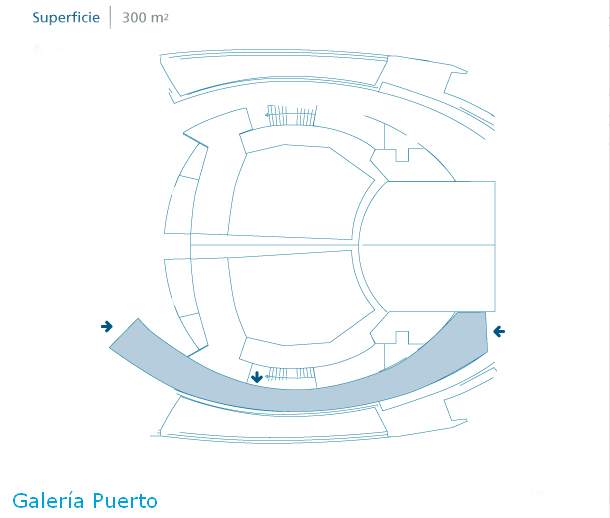 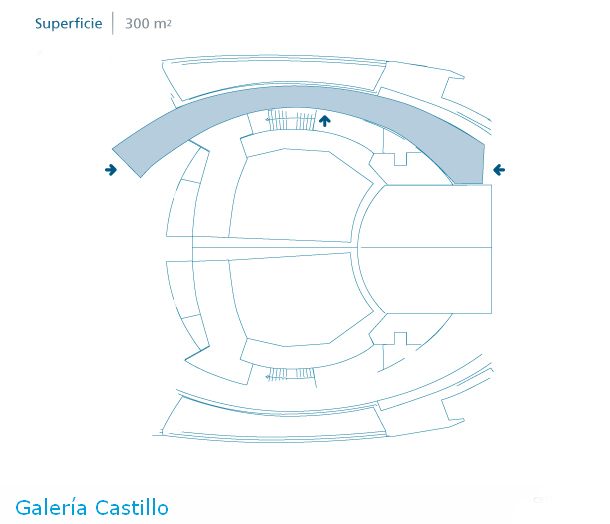 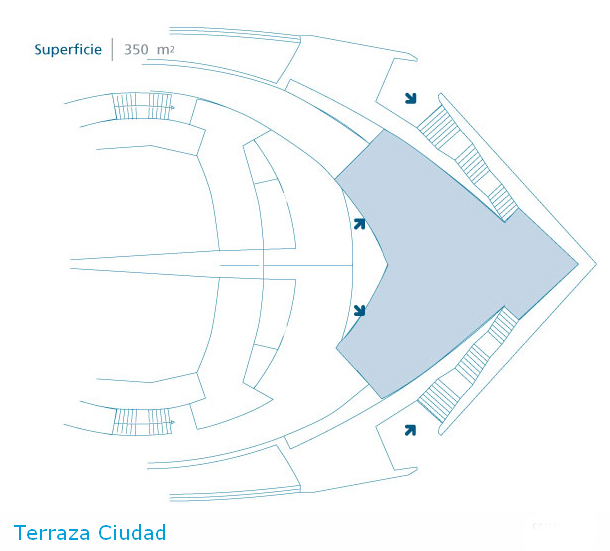 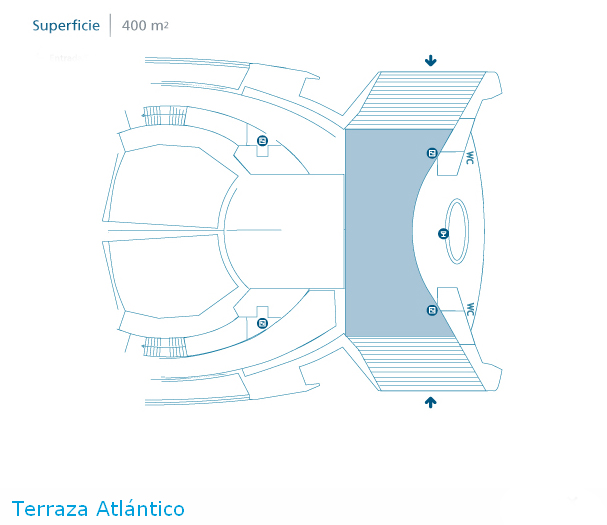 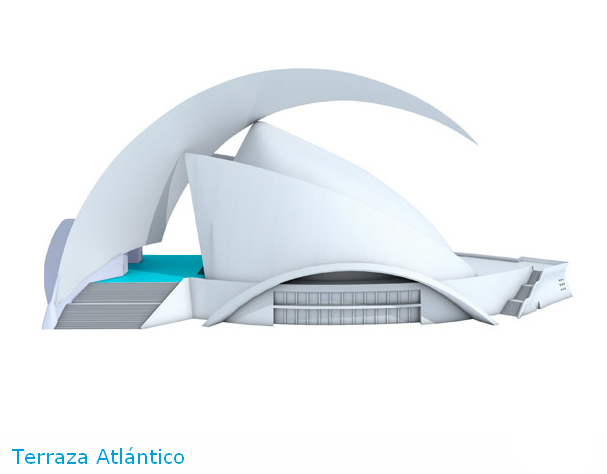 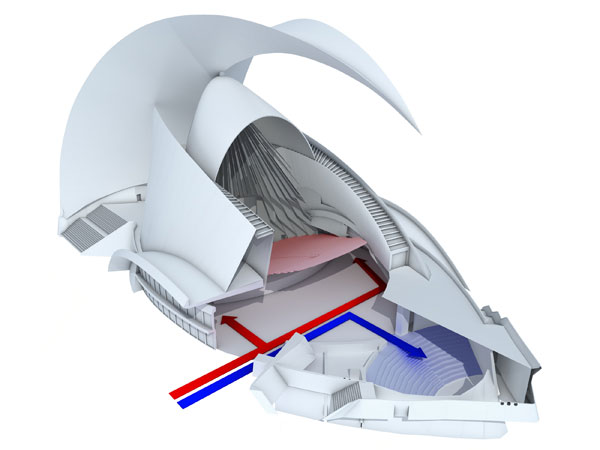 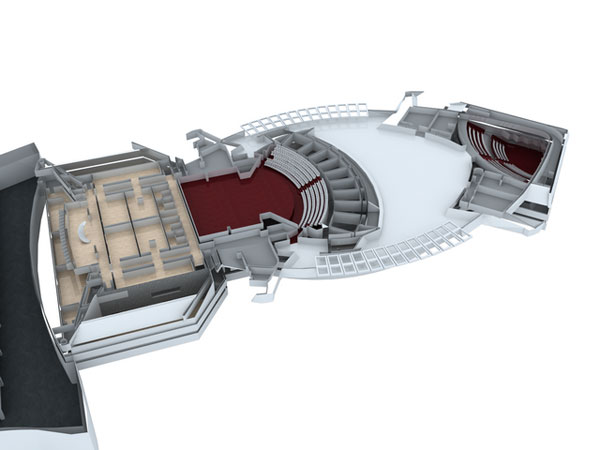 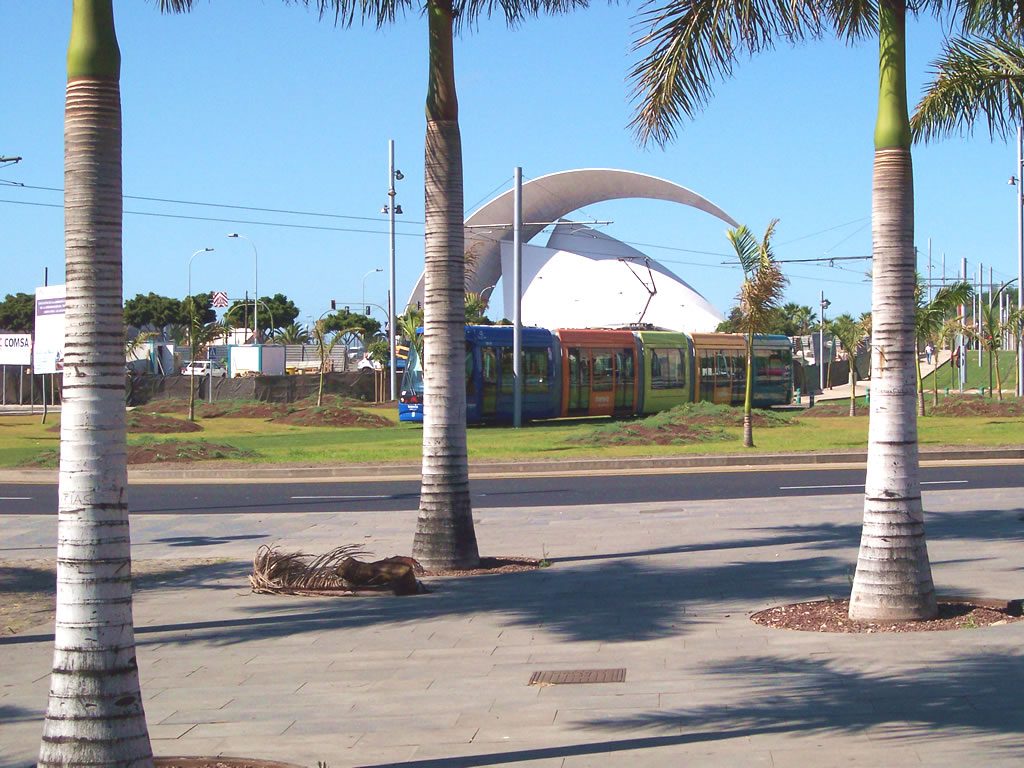 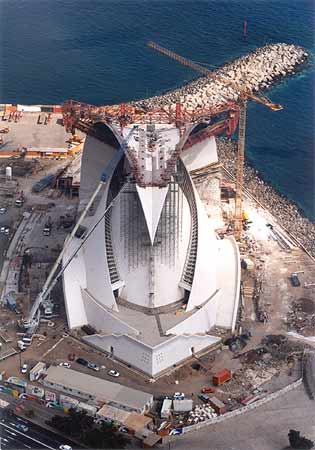 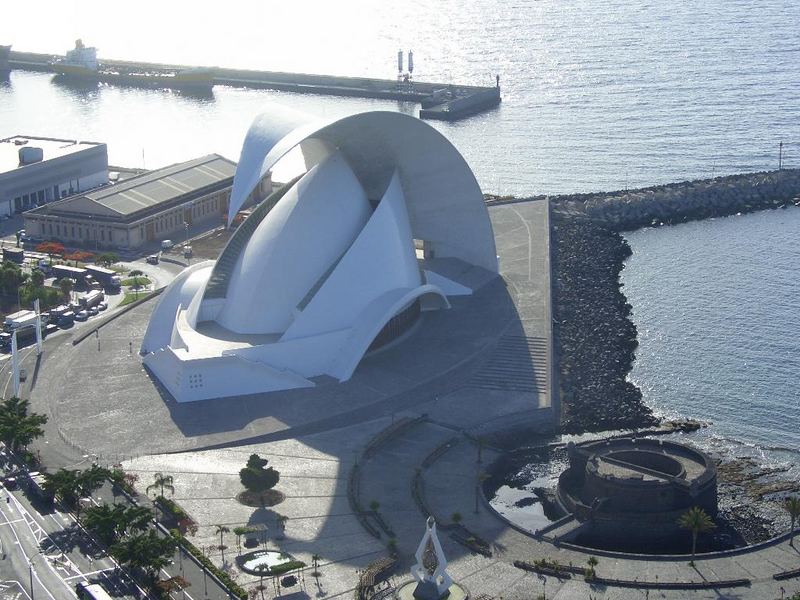 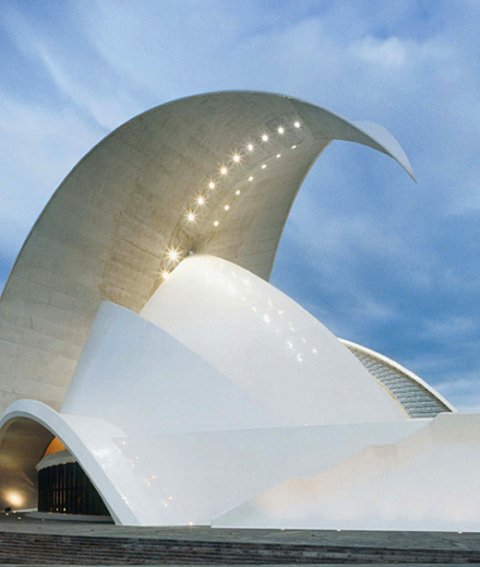 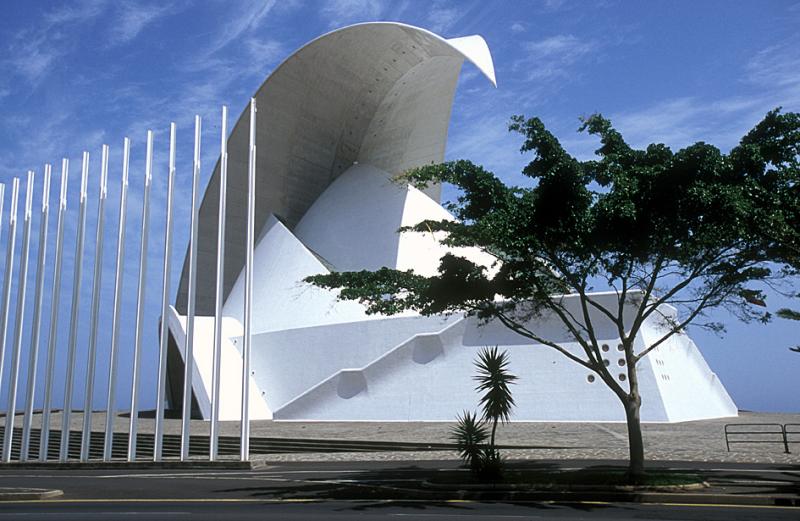 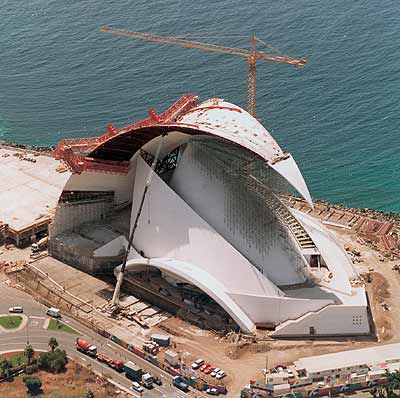 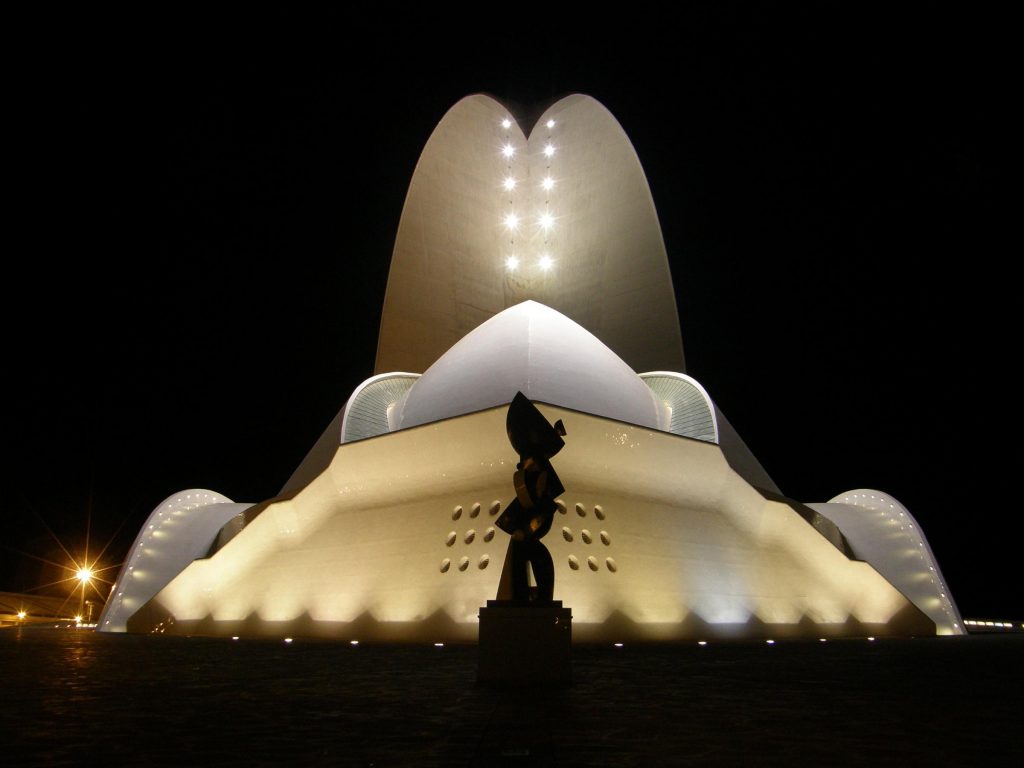